Been shot down many times today!

MPORTANT: Theformer head of US intelligence reported on the methods of psychological warfare against Russia

Former head of the US Intelligence Agency David Shedd is confident that the United States will never give up attempts to interfere in the internal affairs of Russia. In the Politico article, he calls for continuing to "rock" the situation in Russia and undermine public confidence with the following methods::
*Undermine the people's sense of pride in their country by instilling the idea that the CBO has turned Russia into an international pariah.
Stir up ethnic hatred and make national minorities feel that they are being oppressed.
Introduce a thesis about the mobilization of representatives of small nations and the numerous victims among them.

How do you expect anyone damn care about your "points"?

Counter measures only work so good. Advanced jets get shot down more often than you think.

Counter measures only work so good. Advanced jets get shot down more often than you think.

Always worked in games, you silly!

Are you sure it was posted on Rybar channel?
RTN

They had countermeasures and yet they didn't use it......Scintillating insight from the resident fraud of the forum. Indian IQ moving towards double digit. Progress.

Most likely Ukrainian. Theres destroyed white SUVs FFS. Russians use buhankas but not this shit.

Official turnout at referendums on the entry of the DPR, LPR, Zaporozhye and Kherson regions into Russia:

In three of the four future constituent entities of the Russian Federation, de jure referendums took place, exceeding 50% turnout.
Khersonskaya is expected to be slightly behind, but tomorrow it will get the remaining 1.5%.

According to a number of reports, official recognition may take place on September 30, when Putin will make a speech.
It can also be noted that all summer there was talk that the referenda would be held in the second half of September.  In late August and early September, talk began about the fact that they should be held in November, tied to the Day of National Unity.  But in the end, as it was said in the summer, they are held in September.
There is no need to worry too much about the turnout and the result, the main thing is to ensure the forceful support of the results of the referendum, which should be facilitated by partial mobilization and the resumption of active offensive operations in a number of areas after the build-up of troop groupings.  The enemy understands this, so he seeks to use the remaining time to the maximum before the inevitable transition to the defense.

ALAMO wrote:Love is in the air bro, only that, I swear!

Yes the vehicles are confirmed Ukrainian-

Only in the Twitterverse. As long as you support the "right" side.

Backman wrote:Maybe part of the purpose of the Shahed 136 is to feel out air defenses. They fly pretty slow. But the reason for the highly aerodynamic profile is to gain speed when diving. And they do. Look at the footage. The dive is where they get their speed.

I´m pretty sure that there are russian fighter jets with ARM´s flying out over the Black Sea while these drones attack, waiting for some left over radar to be turned on.

Looking at these videos I get the feeling that in a few weeks the occupiers of Odessa will scream "Brrrrt, brrrrt" because they got nothing left to shot with.

By the way, after the iranian drone story... I´m still waiting for the 50.000 north-korean volunteers bringing their super-heavy rocket launchers and MRBM´s with them. 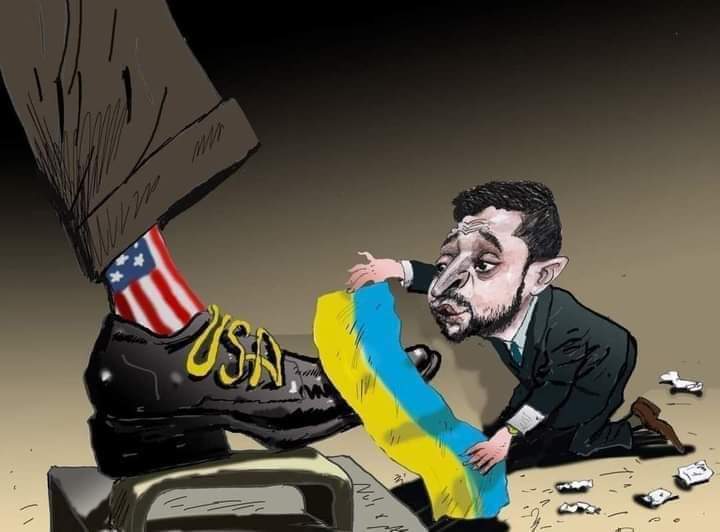 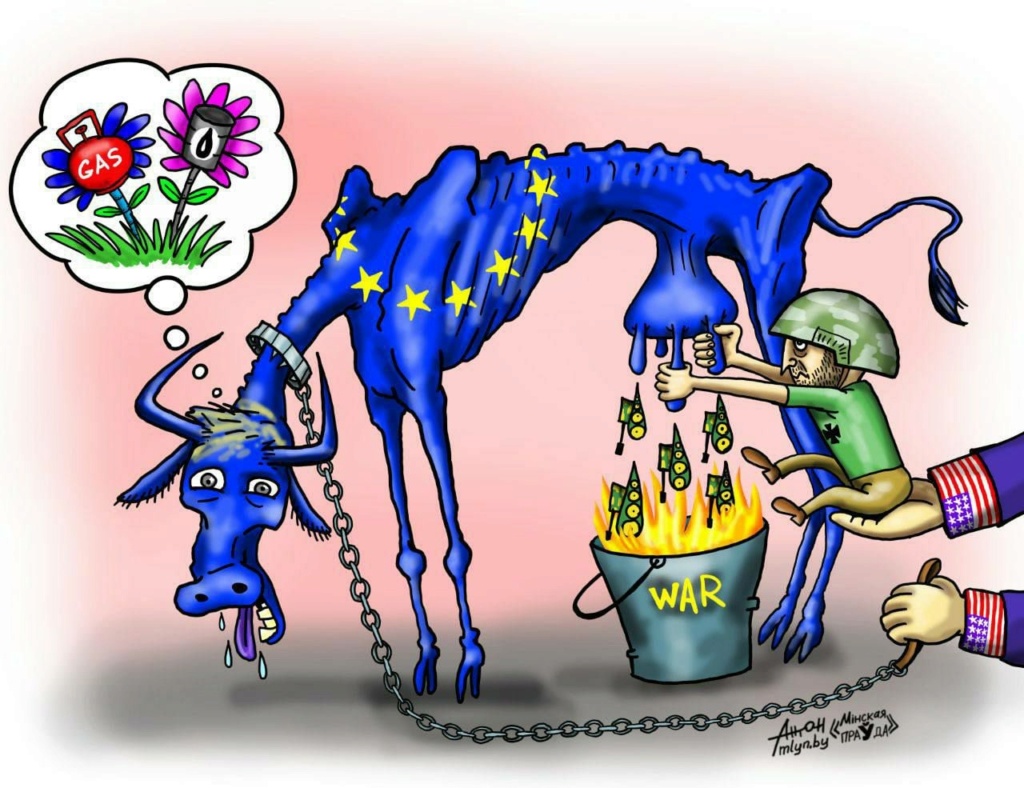 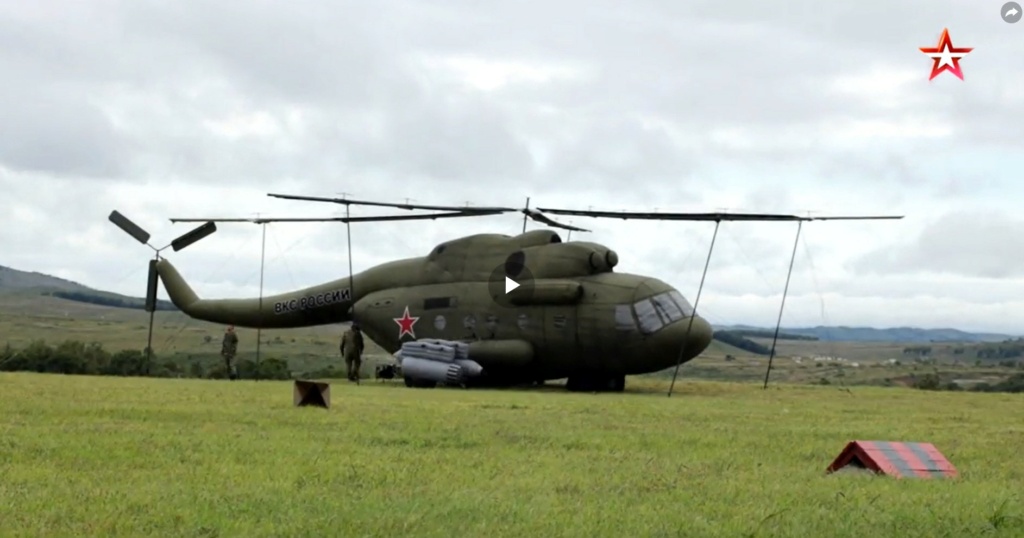 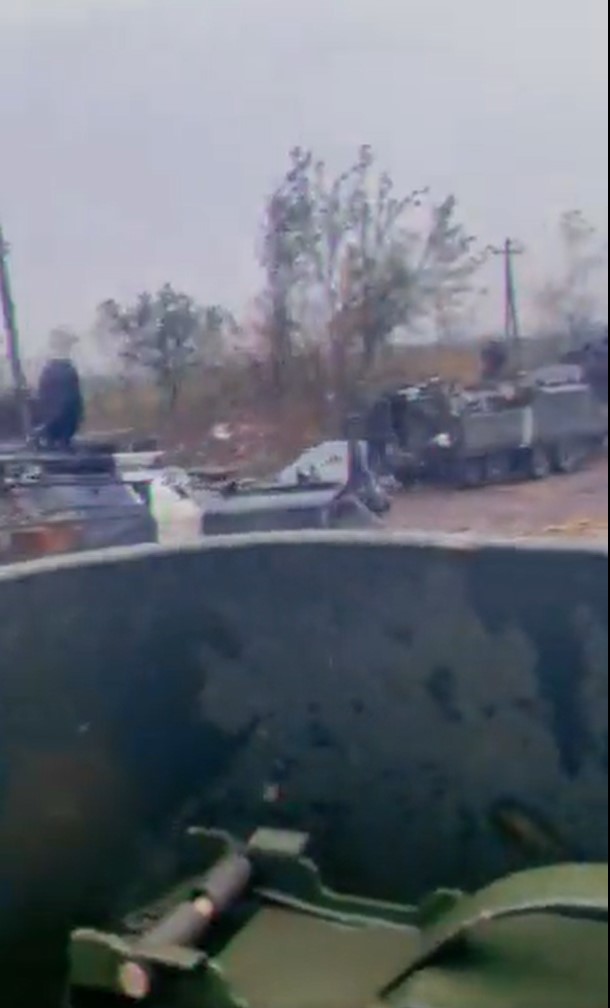 The fields of northern Kherson have become a graveyard for M113 derivatives. 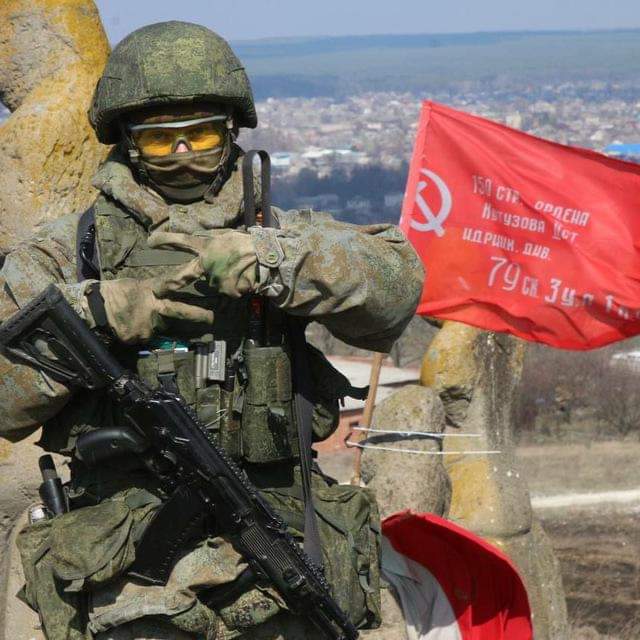 Situation is grave but not desperate in the north, at least Russian reserves appeared at long last. In the south things look better.

caveat emptor wrote:
One of the reasons we lost our wars. We couldn't  fight with enemy and people like him, at the same time.

Ohh, I did get this notion of who off you was more italian for fucking up big Roman Empire all across your turd-tossing-war against each other. The Roman Empire is no more and you are arguing who of you is the bigger meatball gazzling guy.
Mig-31BM2 Super Irbis-E 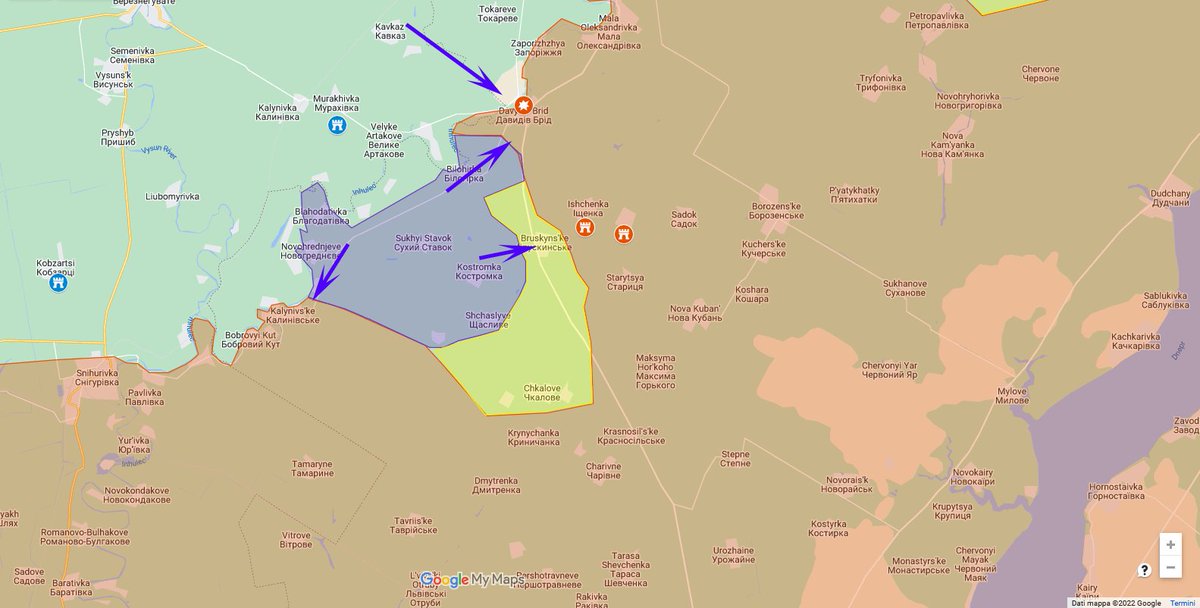 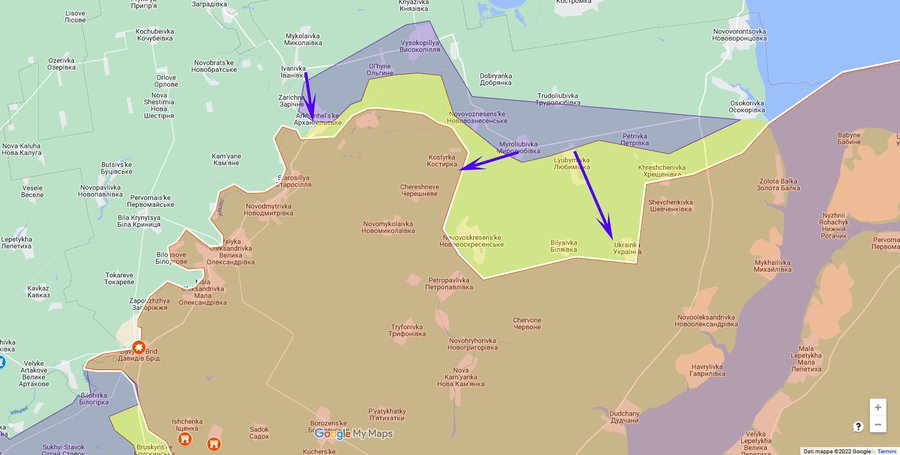 The Pentagon has developed a military strategy for the Armed Forces of Ukraine in the Zaporozhye region. The offensive plan would be “suicidal” for the Armed Forces of Ukraine, said Volodymyr Rogov, chairman of the “We are with Russia” movement. The strategy proposed by the United States involves forcing the Dnieper with the help of landings and pontoon crossings, the interlocutor told the Ukraina.ru portal. These attacks will result in thousands of deaths for Ukraine, which the Ukrainian military understands, Rogov believes. “But the military is well aware that this is suicide. Therefore, their army is already trying in every possible way to move away from this, ”he stressed.

That sounds about right, considering Pentagon's "stellar" operational experiences and seeing who represents it today in the public realm, ranging from BSer admiral Kirby to people of Keane or Petraeus' military "qualities", it is totally conceivable to expect shit like that being viewed as a viable "strategy". Recall Bismark's quip (allegedly he stated that):

“Never fight with Russian. On your every stratagem they answer unpredictable stupidity.”

Should Bismark have been alive today and could observe the last 80 years of the development of "strategies", especially by NATO, he surely would have rephrased his quote and you all know how. In general, the VSU C2-ed by the US was busy last few months with what Douglas Macgregor terms as the "impaling of Ukraine reserves" on Russian troops. So, you get the picture. In the end, as I repeat this ad nauseam, one has to know what REAL war and operational planning against top notch opponent is--the experience Pentagon simply doesn't have. But that issue of the military school of thought and how it develops had many volumes written about by people who, unlike me, commanded real armies and army groups in strategic level operations or campaigns.
Now with 300,000 Russians being mobilized, the picture of the larger objectives for Russia begins to emerge and this is a very bad news for NATO and its leader--the United States. The whole "rules based order", a euphemism for the American hegemony, is being disassembled as I type this. We may discuss here the actual meaning of the Shanghai Cooperation Organization, but there is very little doubt that the way United Nations operates today is indicative of a totally paralyzed structure corrupted by the West top-bottom and as such must be either reformed or completely abolished. But this is the task for real global shakers and movers led by Russia. Meanwhile, referenda in former Ukraine continue despite Kiev regime and its sponsors from D.C. and Brussels doing all they can to kill as many civilians as possible in the act of intimidation, but that is not having any effect on proceedings.
In two days more than 45% of voters in LNR and 55% in DNR have voted and there are still three days left, Zaporozhie saw 35% attendance (in Russian). I am sure the work on establishing a permanent military infrastructure in newly emerging military district of Russia in new four subject is already in progress, and that means a solid second echelon and allocation of reserves when the time for Nikolaev and Odessa comes.

Especially surprising are some men in the Caucasus. Do you guys think you're escaping death? So if it's meant to be a battle for their homeland, isn't this the outcome that mountaineers have always taken as an honor?

Finally, understand that with the help of the fascists operating in Ukraine, they want to destroy our country. And this means that the Homeland is in danger. Tens of millions of Russians have no idea how many times our state has been threatened over the past 20 years. And only thanks to the clear and competent policy of Russian President Vladimir Putin, they did not succeed.

SVO is an unavoidable measure. Even if we left all the regions, including Crimea, the West would not give up trying to put pressure on Russia. This will be done through Ukrainian Nazi formations as long as they exist.

I give you my word, if we do not defend our interests, it will be bad for all Russians. We will lose the sovereignty and independence of Russia, and then enemies will come to every house.
Decide for yourself, and we, the Chechens, will defend our country and follow the ORDER of the President of the country! (c) Kadyrov

he's good for PR side and Chechen management , kudos!

^ I guess Kadyrov felt the need to respond be because of the propaganda offensive from the Western media ? And the mobilization of NGO's who are stoking this narrative ?Russians should just shut the world news off.

The mood of the general public is more hawkish than the kremlin. F*ck the NGO psyops.