We'll know on Saturday, there’s supposed to be a big shindig to show new stuff and all that

We'll know on Saturday, there’s supposed to be a big shindig to show new stuff and all that

El presidente is a shmuck, as the most of our politicians.

d_taddei2 wrote:Still think rafale us a bad choice very expensive to buy and maintain and with Serbia small budget, not a great idea. Would be better buying cheaper aircraft that are still capable multiple choices available and with money leftover to improve ground forces equipment, iskander would be a good choice for ground forces.

I guess that you are trying to apply logic to a bribe.
Bribes are ruled by their own logic

It's definitely a bribe, doubly so for Eurofighters but considering our situation the choice now is between paying a bribe, sanctioning Russia or getting sanctioned ourselves

This is least shitty option

I would go with another option, take nothing until dust settles. I would also argue that the west was harping on that an independent Ukraine can make its own Defense decision without any repercussions. Obviously this doesn't apply it seems it they make a decision the west doesn't like. The USA sanctions for buying Russian weapons is and should be illegal.

With Serbia already having mig-29 it makes perfect sense with a small budget to maintain further aircraft of the type or mig-35. They would just it by stating it's what we already use and the what the budget allows. I would tell USA to f*ck off and Europe. And state if you want us to not buy Russian equipment then u need to give us your equipment for free and provide free maintenance and weapons if not shut Ur filthy malignant parasite mouth. Remind them we are an independent country that should be able to make its own Defense decisions without repercussions.

I think it's about time Yellowstone blew up, and USA hit with earthquakes, which sets off its nuclear arsenal the world would be a far better place.

I think you are right, if the US wants Serbia to not buy Russian equipment and weapons then they need to start supplying everyhing for free with free maintenance but even then that gives them largely control of your military as Venezuela and Turkey and Pakistan and even Iran have found to their cost over the years.

They will offer things that appear cheap and a great deal... Rafales or Typhoons, but they will give such bargains to get you off Russian gear, and then get their money by charging high fees for support and parts and of course they will have full control of what air to air and air to ground weapons you can have and use.

These Typhoons will likely be the first batch that have been in service for a decade or less but would cost too much to upgrade, so they were going to scrap them... well it seems like instead they might save even more money and give them away.

And then of course they will demand that you get rid of any Russian SAM system that might compromise the secrets of any western aircraft you might accept, so that means Patriot which is very very expensive and not very capable.

The US is putting you in an awkward place but I am sure somehow they wont get any blame at all... some will blame the Serbs and I am sure Putin will be to blame as well at some point.

It's never a good idea to accept western equipment as u rightly stated costs of maintenance, cost of weapons and and red tape only gets u into troublesome ground. I would just say at the moment we're aren't interested. Also Serbia needs to look at what integration with other systems. Mig-29m and mig-35 are enough for Serbia. Of course Su-30sm would have been good but they already operate the mig-29 so best to stick what Ur pilots, and technicians know. I would say two squadron of mig-29m/35, and it's J-22 with upgrades which covers the ground attack role,along with mi-24, gazelle will be enough On a realistic budget. They would save money from not buying western equipment and be able to channel that money saving into SP artillery systems, MLRS, and other homegrown systems it has designed over the years which are pretty good systems. Add all this in with its AD systems they would a very small capable force. It might be worth investing in SOSNA R, to give units extra AD protection. But I think typhoons and rafale are a waste of money. Another system that could be useful is Iskander.

Having MiG-29s wont stop Washington from bullying them to make them do what they want, and I doubt the rest of Europe would let Serbia do anything they want with their military anyway... especially stuff they want to do like recover lost territory and protect what is left of their history... that really belongs to the whole world but has been and is being destroyed by Albanians with the full support of the west.

Because we can no longer buy weapons from Russia I would like to buy this for the Serbian Air Force and Air Defense. 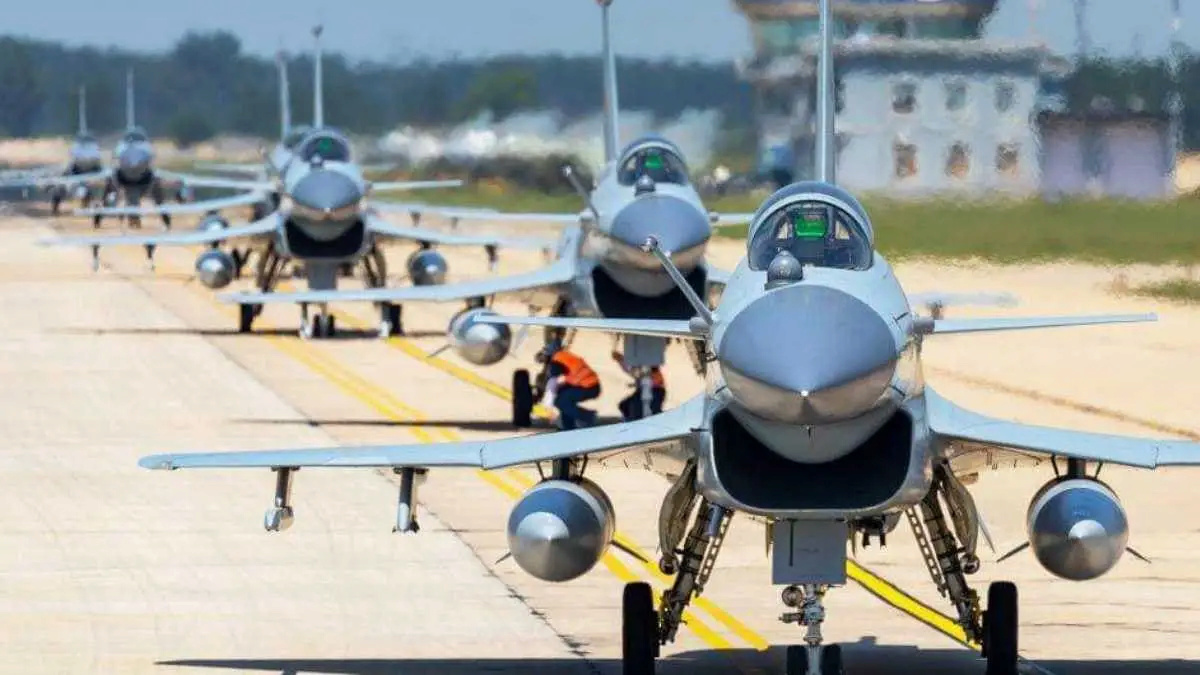 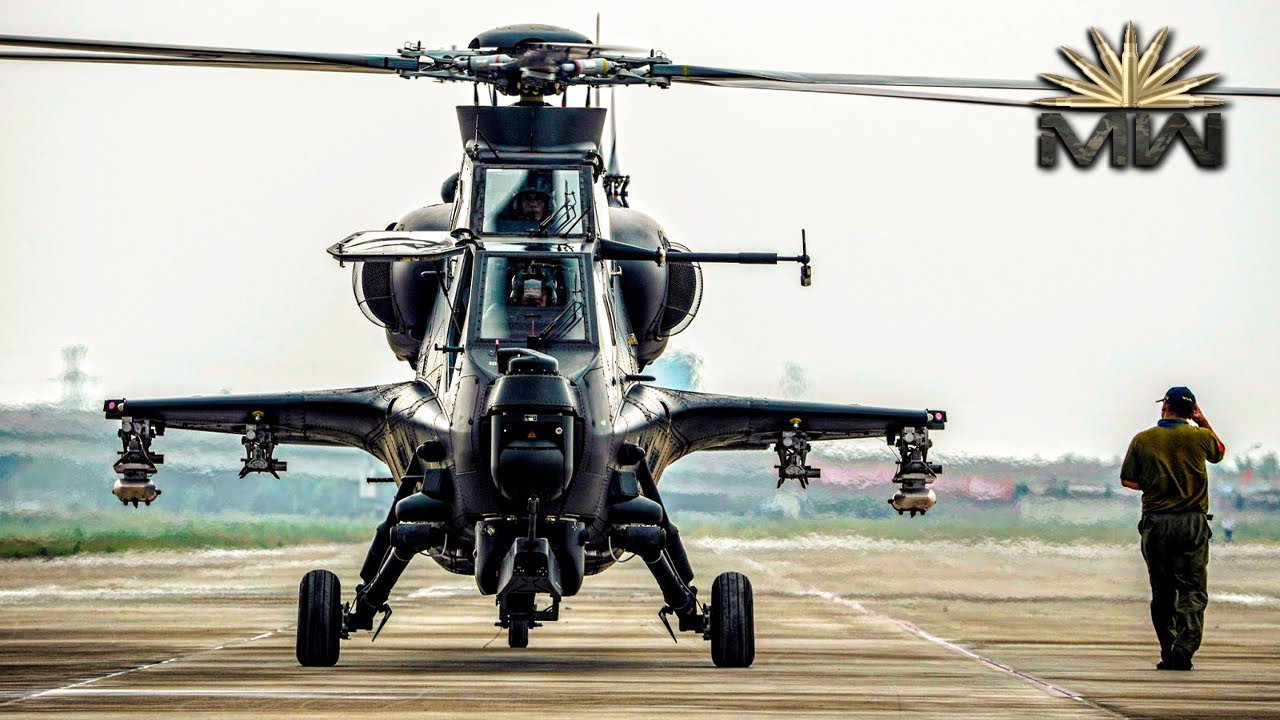 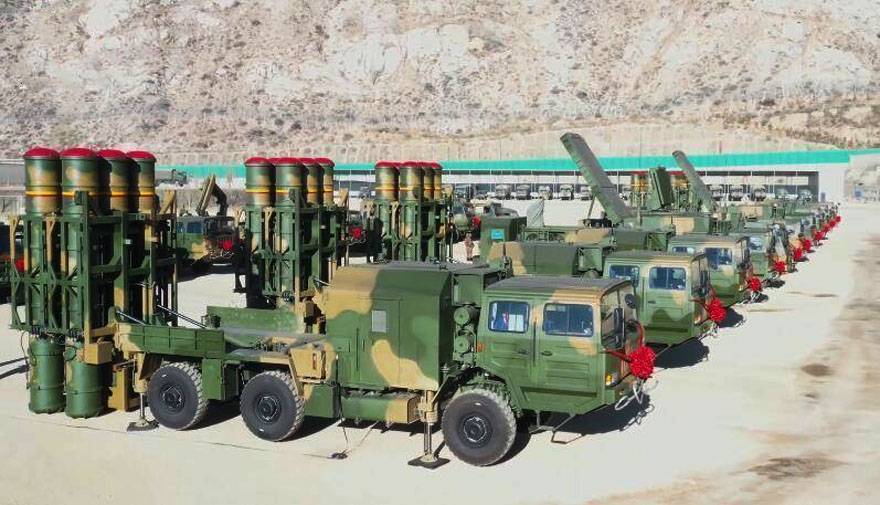 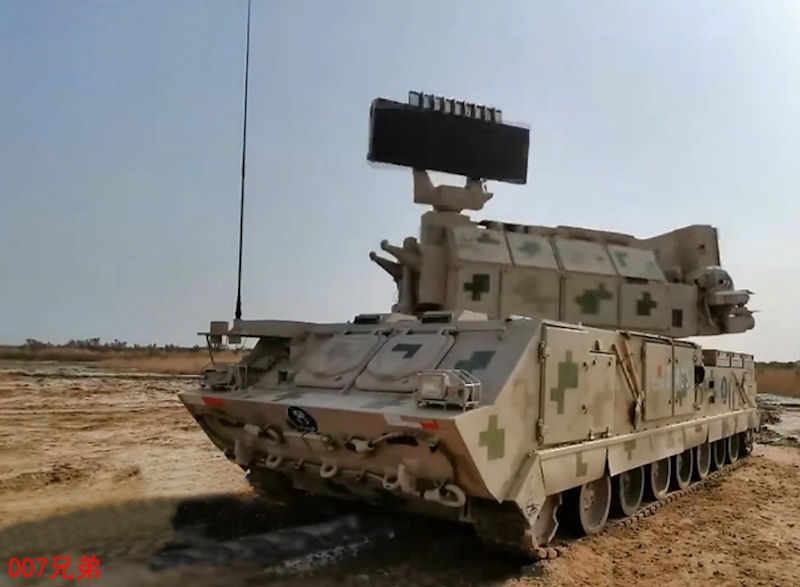 Podlodka77 wrote:Because we can no longer buy weapons from Russia I would like to buy this for the Serbian Air Force and Air Defense.

So buy cheap knockoffs instead of the real stuff? I understand sanctions and all, but it can be sold via middle men like from China or India rather than directly from Russia. May be a tad more expensive but at least you get equipment that is actually battle tested and used rather than produced but never used.

I mean, J10 may be ideal for Serbia but the rest, not so much.

But that is up to Serbia.

Confirmation they got their AD from China and tveir mig-29 got RVV-AE missiles. 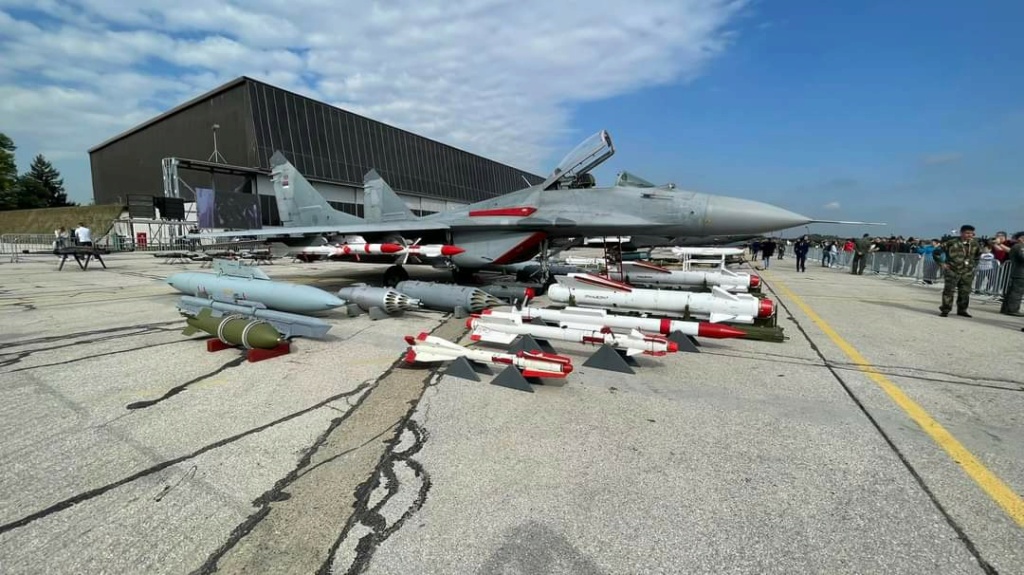 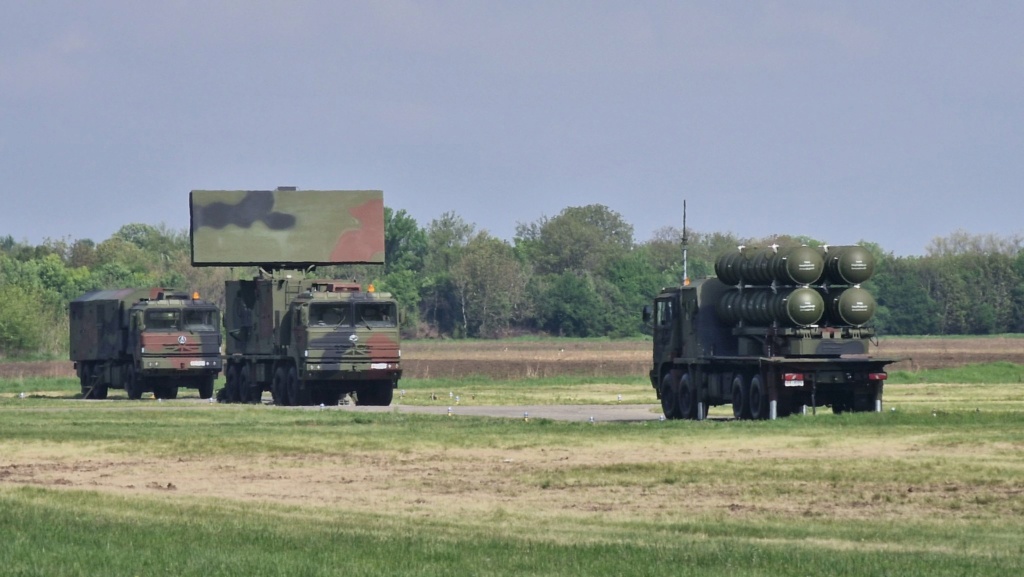 Even Serbia is getting its own armed drone. Russia still doesn't have the Korsar ready while the Orion isn't produce in enough numbers.

Even Serbia is getting its own armed drone. Russia still doesn't have the Korsar ready while the Orion isn't produce in enough numbers.

I am sure Russia is keen to swap places to get these amazing armed drones that totally win conflicts like you know... they could hand over all their subs and all their new fighter planes and tanks and everything because obviously all of that is useless and get some drones to make tiny pin prick attacks on any enemy from platforms that are easy to shoot down with modern air defences...

BTW I would hold my judgement first a lot of countries bought Chinese armed drones and found they were show room level and not really fully fleshed out operational systems.... the low price is no compensation for low readiness rate and high loss rate even when there is no enemy at all...

Obviously they will get better over time, but they will never be more effective than a decent attack helo or CAS aircraft for many roles.

Regarding the MiG-29 shown, interesting they still include R-60MKs and also 32 shot 57mm rocket pods... but then when the target is infantry then 32 x 57mm rockets spread the shrapnel, and against drones or helicopters the R-60MK is certainly good enough too.

I took a picture of that Chinese drone yesterday on Batajnica, and it says on the board in front of it that it has a flight ceiling of up to 7,500 meters, that it can stay in the air for up to 10 hours, and that the maximum speed is up to 220 km. Two rockets were on display in front of the drone. The drone has two underwing carriers or one under each wing. 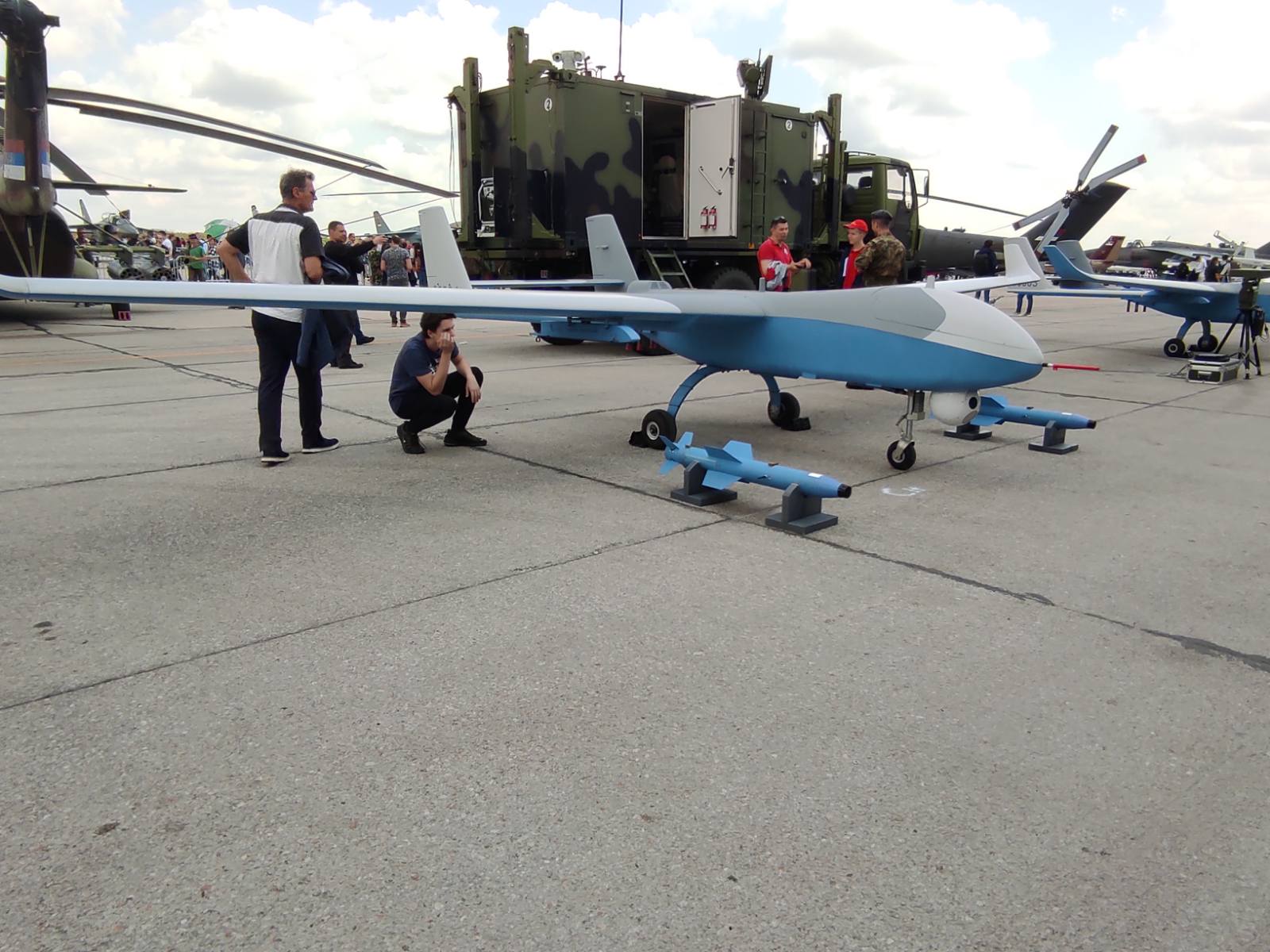 About the fk-3. Serbia also tested it against a target 98km away in China during tests.

It appears we already bought 3 batteries and making arrangements for 4th battery in 2022. Every battery consists from 4 launch vehicles, radars and other...all in all, 15 vehicles per battery.

Our current Defense minister have told recently that the first battery will be deployed to Kragujevac, not our capital Belgrade.

I've always wondered how much a full squadron of MiG-29/35's or even the S-400 would actually help Serbia if NATO ends up invading them again. Geographically speaking, its sandwiched between NATO member states, has no means of inflicting long-range retaliatory strikes (Iskander-K/M, Kalibr) and I highly doubt Russia would attack a NATO country in defense of Serbia, even with relations basically severed between the EU/US and them. A cruise missile barrage from US/Lapdog warships would eventually deplete the Serbian stocks of SHORAD missiles and we all know the US always targets civilians and civilian infrastructure which is how they got Serbia to capitulate in 99', since they couldn't defeat them on strict military terms.

Sorry if this is off topic but I have to ask, is Serbia indefensible if the US/NATO were to attack them again?
GarryB

The last time HATO attacked Serbia it was easily proven that air power alone wont get the job done and there is no way they would commit ground forces to such a conflict.

If HATO was rational then Serbia would be totally safe.

If HATO was Rational.

The main problem Serbia has, in my opinion, is being cut out from the sea and totally surrounded by NATO.
Had Montenegro never split from Yugoslavia the condition would not be nearly as dire.