Isos wrote:If I'm not wrong they are not for the army but police.

They are for both, army got the bulk of it

The Serbian AF favours the MiG-35 and Su-30 as their next fighter according to "Vecernje Novosti"....it's not a serious source but I'll post it for information sake.
The MiG-29's they recently got are only a stop gap measure as they will fly only for another 10 yrs max (maybe less). So around 2025 they'll have start the process of looking for a replacement 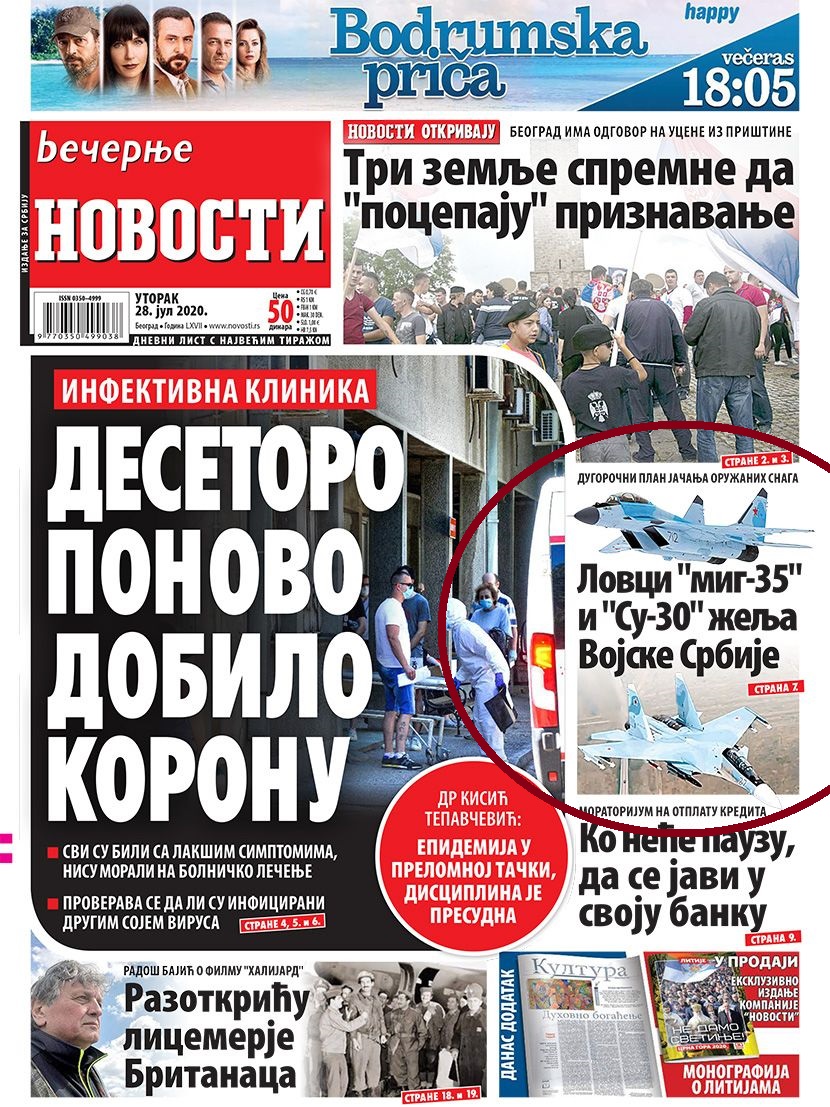 Looks like Serbia has purchased the Chinese FK-3 (export version of HQ-22) SAM system. It's been mentioned in the annual report of the main arms import/export company, which pretty much makes it official. This is a major leap in capability....but I was hoping for the S-350 (ideal choice IMO) or BUK-M3 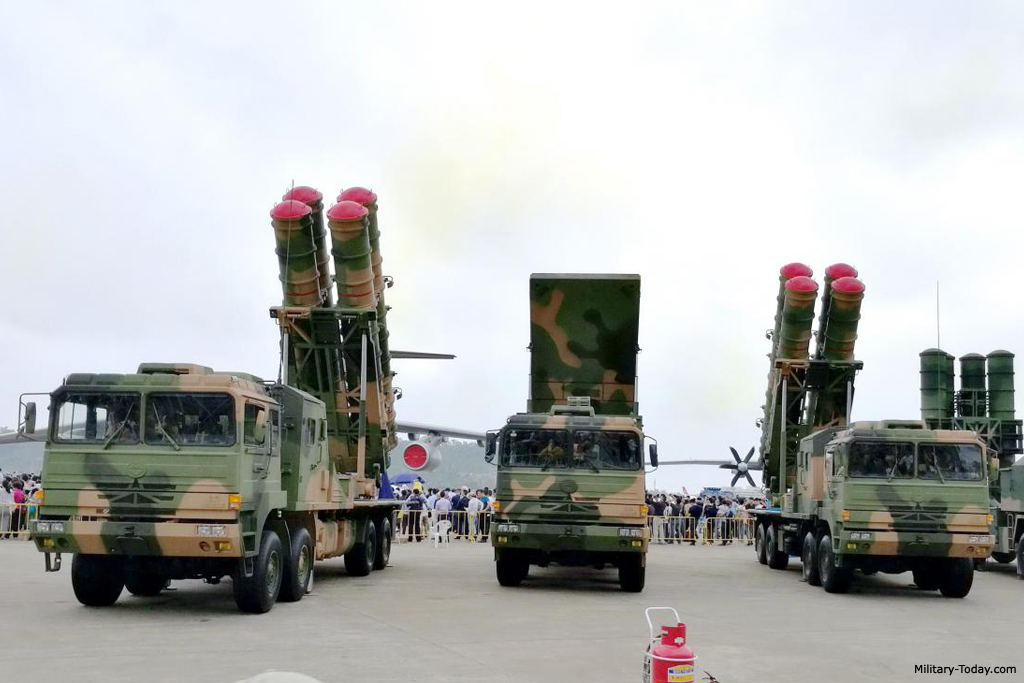 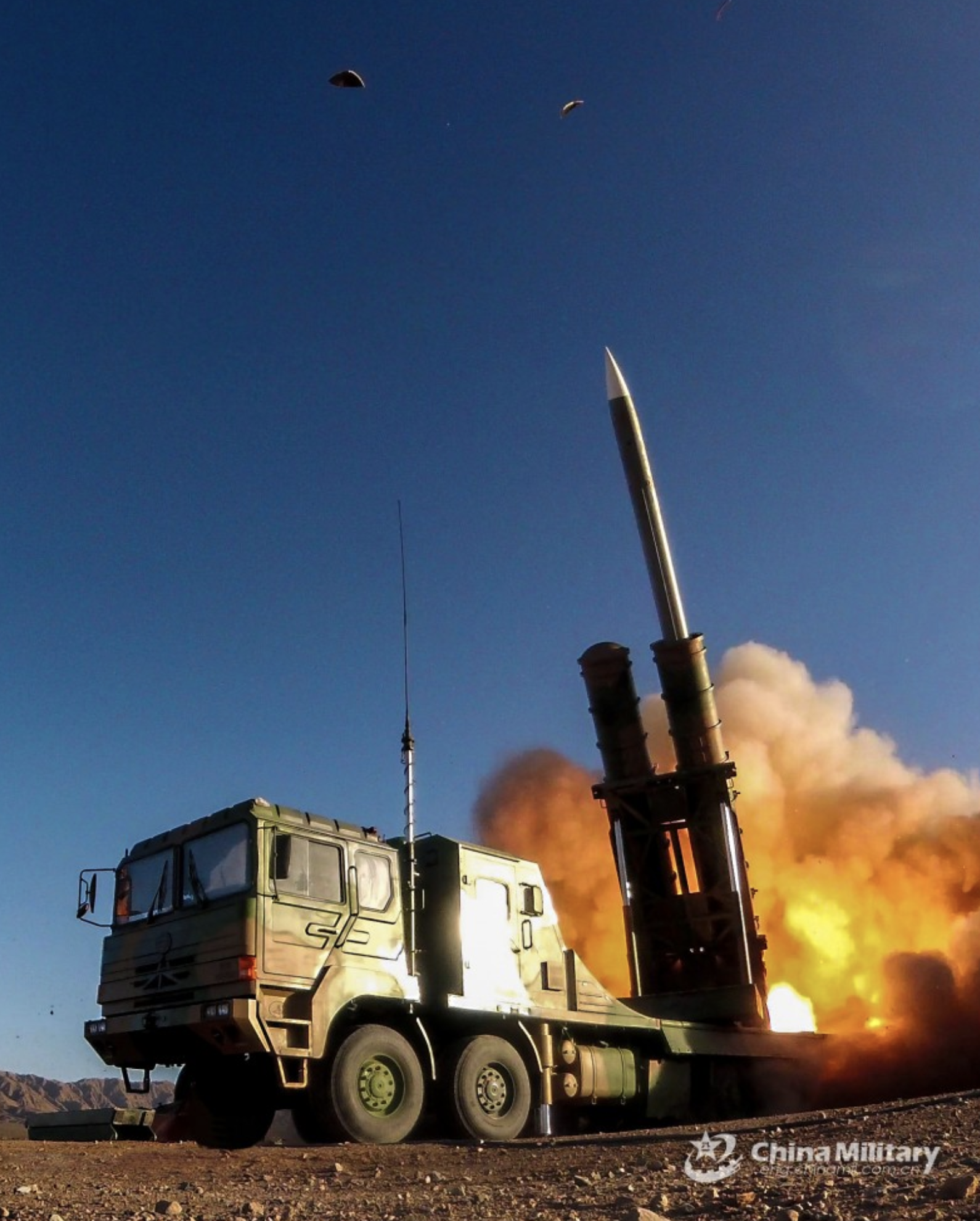 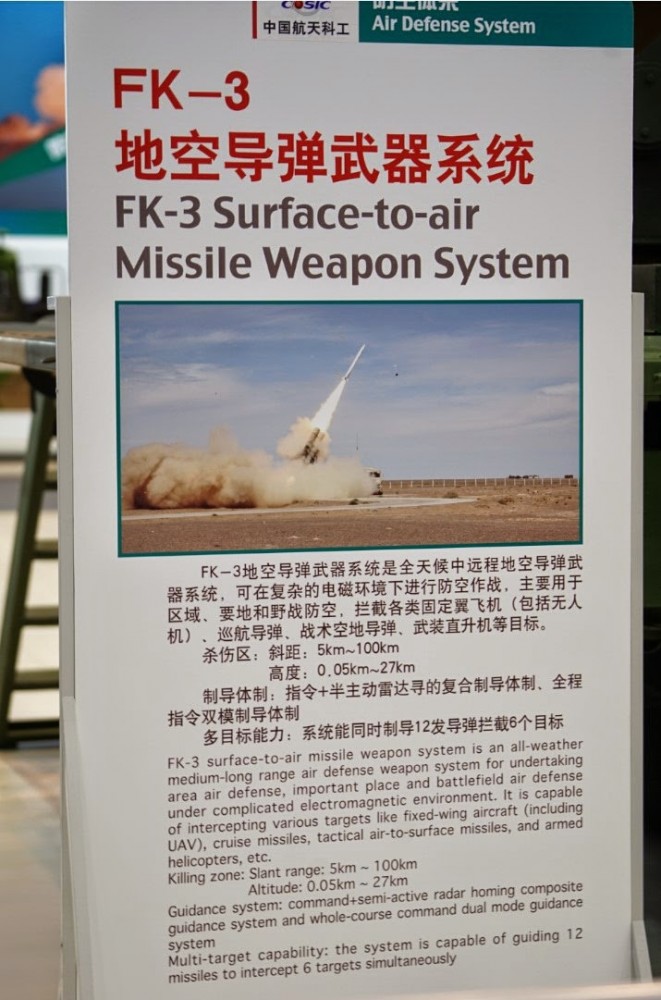 Cyberspec wrote:Looks like Serbia has purchased the Chinese FK-3 (export version of HQ-22) SAM system. It's been mentioned in the annual report of the main arms import/export company, which pretty much makes it official. This is a major leap in capability....but I was hoping for the S-350 (ideal choice IMO) or BUK-M3

Ideal choice is one that can be bought in large quantities and S-350 ain't it (also it's quite cumbersome for something as cramped as Serbia, we ain't a big place)

Is BUK-M3 even for sale?

Distance is secondary for us, altitude is most important part

Rumor has it we purchased 3 batteries, how many vehicles is that?

Another possible factor in decision is that apparently we got them so cheap that Chinese were practically giving them away, looks like they were looking for early export adopters and there were definitely no complaints on our end

This could tilt decision on new airplanes in USA favor because we will need to make Uncle Sam happy as well and China seems to be new bogeyman (until Biden wins that is...)

Really not the best but for low money it's better than their actual soviet made stuff.

Hope they will test them and say what they think about them.
Isos

Is BUK-M3 even for sale?

I posted 2 days ago in the buk thread that rosoboronexport put the Viking (export buk-M3) on their website. So yes it is.

No it's not. Also it has 1 radar with SARH missiles which means same drawbacks as your sa-6. Buk has radar for all its launchers and S-350 ARH missiles.

Buk is far more mobile and its off road capabilities allow to hide in forest or better terrains. This one need to stay on roads and cab be easily spotted.

Not to mention that it is chinese made... 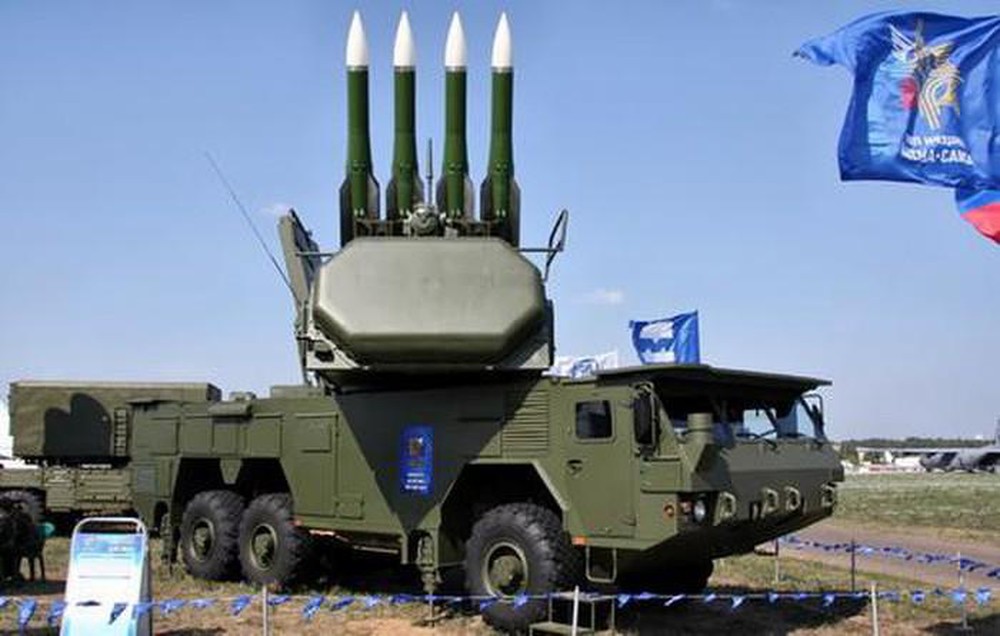 Apparently 3 batteries have been ordered. There's also a report (speculation at this stage) that a 4th battery will be provided for free...sort of a buy 3 get 1 free deal. It's part of an larger deal that included the drones and tech transfer

Here's the Chinese domestic version (HQ-22) during an exercise, which has been entering service since 2016 in fairly large numbers. They seem to use it in conjunction with the HQ-9 (their analog to the S-300) as a sort of "gap filler"

With 4 batteries Serbia could form 2 battalions with 6 TELs. Each battalion could include 1 Pantsir battery for protection, what means Serbia should buy at least 1 more battery of Pantsirs. Other question is, how much are FQ-3 and Pantsir compatible to work integrated.
Isos

Anyone has more info on the system.

I see only this picture on google about the system's radar and it seems to not rotate. The missiles are also launched only in one direction. Which makes it even less effective than sa-6. And since the serbian air force is very weak with only 4 or so mig-29A enemy can easily go around and destroy them.

So the 4 system will probably work as 1 system to provide 360° protection which sucks. 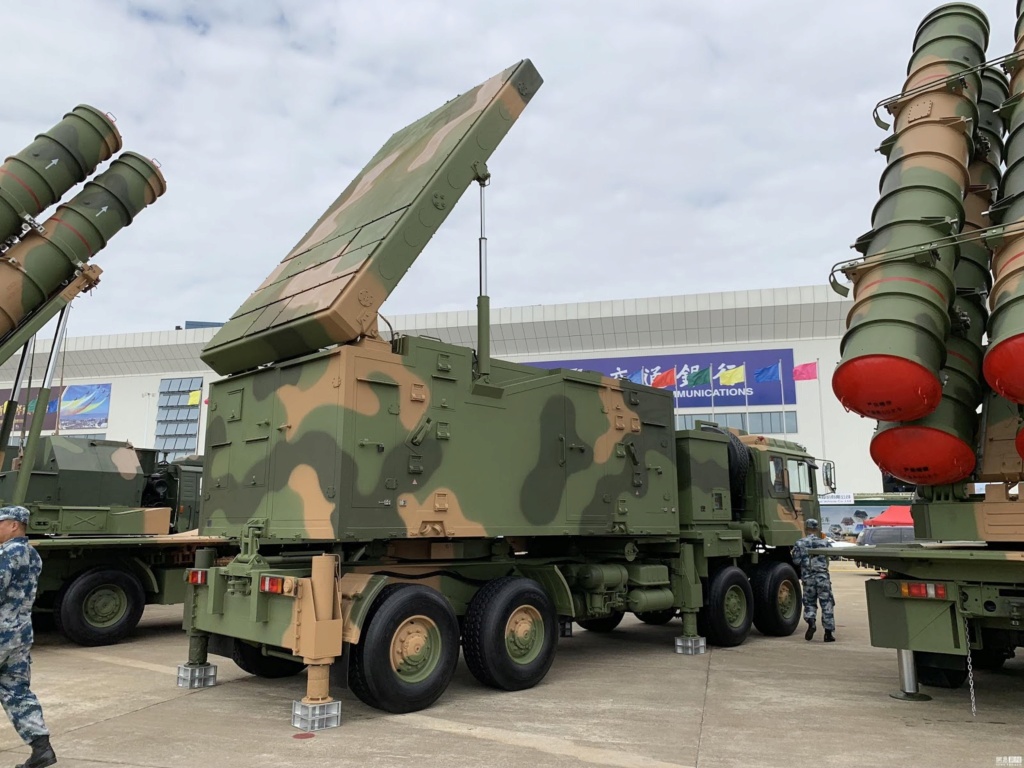 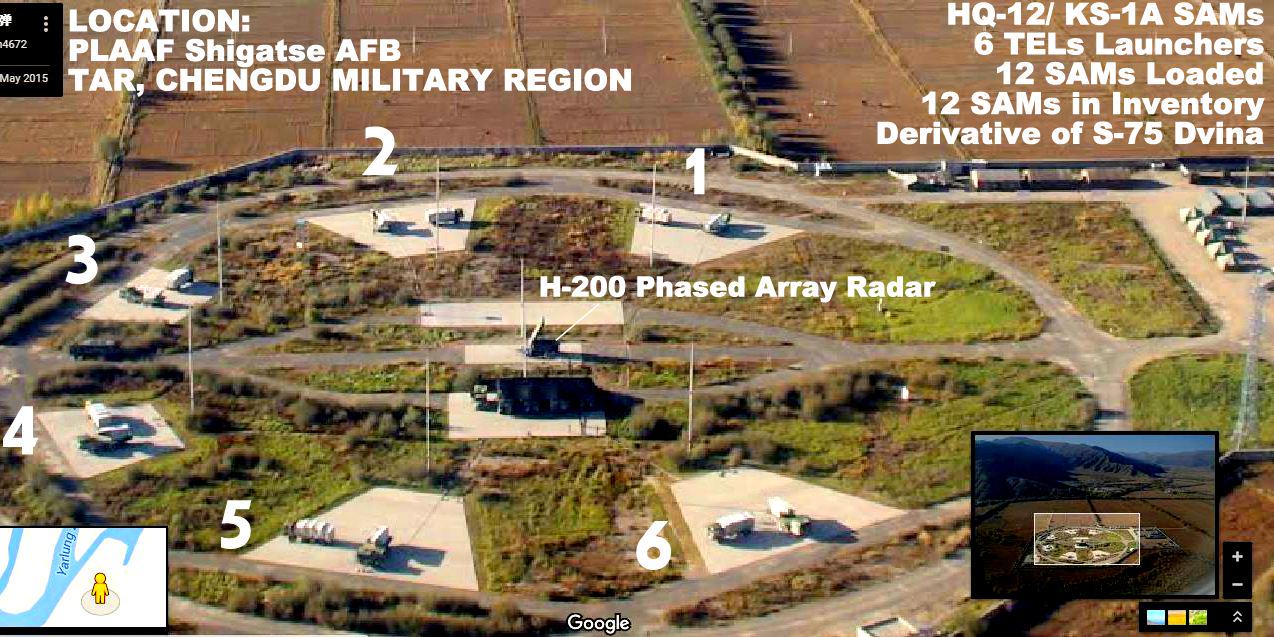 I don't see your pictures.
littlerabbit

As far as I found out, usually 1 battery consists of 6 trucks with launchers (6x4=24 rockets), but Chinese are pretty flexible about that, so they are offering 3-6 units per battery.

With these 3 (or 4) batteries, we can cover our entire air space.

Very stupid and inefficient. I presume these were dirt cheap then. Otherwise lol.
Isos

Thanks Cyberspec. But that doesn't change the problem of 1 radar for all the launchers. Multidirectional attacks will be deadly against it. They will need more pantsir.


Very stupid and inefficient. I presume these were dirt cheap then. Otherwise lol.

From what I understood China gave lot of money to help Serbian economy so it's not a real military purchase. It still better to have them than not and they cover a big area.
Cyberspec

Actually it's a pretty modern system which only entered service in the last 4-5 years years with the PLA. Serbia is the 1st export customer AFAIK.

As I wrote previously, in the PLA it's role is to replace older systems & supplement the HQ-9B (their premier SAM system)

From what I gather, a Serbian Army delegation was in China for an extended period in 2018 before they signed up for it...At first they were considering the HQ-16B but chose the FK-3 due to longer range and greater resistance to jamming. It can switch between Semi active radar and Command guidance or combine both methods depending on the situation.

In China, the search radar usually used with the HQ-22/FK-3 is the Type 408 (not much known about it). It's not yet known whether Serbia has ordered it or they plan to integrate the FK-3 with their existing search radars Isos wrote:Thanks Cyberspec. But that doesn't change the problem of 1 radar for all the launchers. Multidirectional attacks will be deadly against it. They will need more pantsir.

The angled missiles are interesting... almost like they borrowed a bad feature of a Patriot and added it to S-300...

Still... seriously... what air threats will Serbia be facing any time soon?

This is a thanks for the support deal where they get something they might not use, which is probably cheaper than other things they could have bought from Russia that they might also never use.

I am sure it will be fine, and I hope no matter what they buy they never need them again.

Their history shows they know how to use even older tech stuff to its best effect... no system is perfect and there is no way they could afford to buy the numbers of SAMs they would need to defeat HATO... and honestly the only other threat might be Albania... for which it should be fine.

They have proven they get the best out of their equipment and this stuff should greatly increase their potential and performance... it is good to see them getting new stuff.
Cyberspec

Yes it appears to be closer to the Patriot in terms of general design / set up than the S-300.

Officially, Serbia has a policy of military neutrality so they need to have a viable deterrence . Romania is slated to get the Patriot soon and Hungary is getting the Nasams I believe. Bulgaria has the S-300PS still operational. So that's one of the reasons.

Also, although currently peaceful, there are a LOT of unresolved issues in the Balkans and it wouldn't take much for things to escalate quickly
GarryB

Guys, few days ago I've heard some news about our (Serbian) MOD asked Russian MOD to allow training for 12 more Mi-35M pilots. I'm not sure what does it actually mean...is it enough for 12 more Mi-35M's, or for only 6, as that kind of helicopter has pilot and co-pilot?

Does anyone know?
GarryB

Mi-24 has a crew of three.... pilot, weapon officer, and navigator/engineer.

On April 16, 2021, the An-124 Ruslan heavy transport aircraft of the Ukrainian company Antonov State Enterprise delivered two MiG-29 fighters to Serbia from Belarus. In 2019, Belarus handed over to Serbia four single-seat MiG-29 fighters from the presence of the Belarusian armed forces. The transferred aircraft underwent major overhaul and modernization of the "first stage" at JSC "558th Aviation Repair Plant" in Baranovichi. 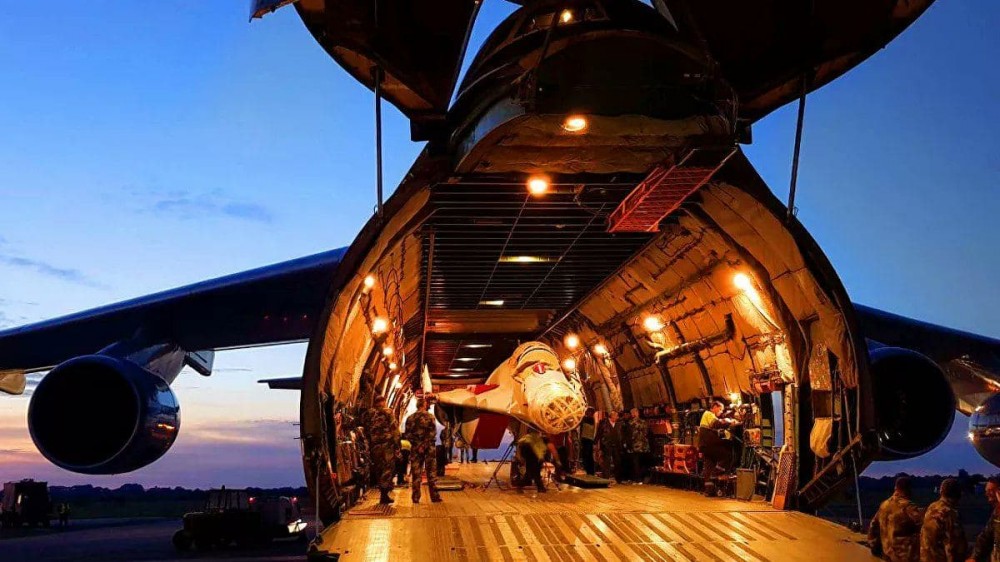 MiG-29s are now capable of mapping the terrain: Serbia is upgrading donated fighters
Yesterday, 16: 53
19
The last batch of two MiG-29 fighters arrived on May 17 from Belarus to Serbia. Thanks to this and earlier deliveries, which were free of charge within the framework of military assistance from Moscow and Minsk, the Serbian military acquired a MiG-29 squadron of 14 vehicles (6 of the old buildings were transferred to the Russian Federation, 4 by Belarus, 4 remained from Soviet times).

So far, 10 donated units have been mainly overhauled (one car - mainly in the Russian Federation, the rest - in Belarus), which made it possible to extend their service life. At the same time, due to the replacement of some equipment, a number of improvements were made, in connection with which the aircraft received the designation MiG-29SD.

However, now the Serbian military has more serious work to do. As expected, 11 single-seat aircraft will undergo the second stage modernization and will be brought to the level of the MiG-29SM; 3 two-seaters, given the more modest equipment and combat capabilities, are likely to undergo more modest improvements.

MiG-29s are already being converted to the SM version, turning into multi-role fighters. According to the Serbian edition of Tango Six, on May 18, the Ministry of Defense reported for the first time that in this iteration the aircraft, thanks to the radar, are able to map the terrain [for work on ground targets], and therefore new air-to-surface weapons have already been purchased. Also, modern means of active electronic countermeasures are installed.

On June 10, 2021, at the "Colonel-Pilot Milenko Pavlovic" airbase of the Serbian Air Force in Batainitsa, a solemn ceremony was held for the transfer of four MiG-29 fighters transferred to Serbia by Belarus. Let me remind you that in 2019, four single-seat MiG-29 fighters from the presence of the Belarusian Air Force were transferred to Serbia as part of the provision of military-technical assistance. The transferred aircraft underwent major overhaul and modernization of the "first stage" at JSC "558th Aviation Repair Plant" in Baranovichi. Now the number of fighters of this type in the Serbian Air Force has increased to 14 units. 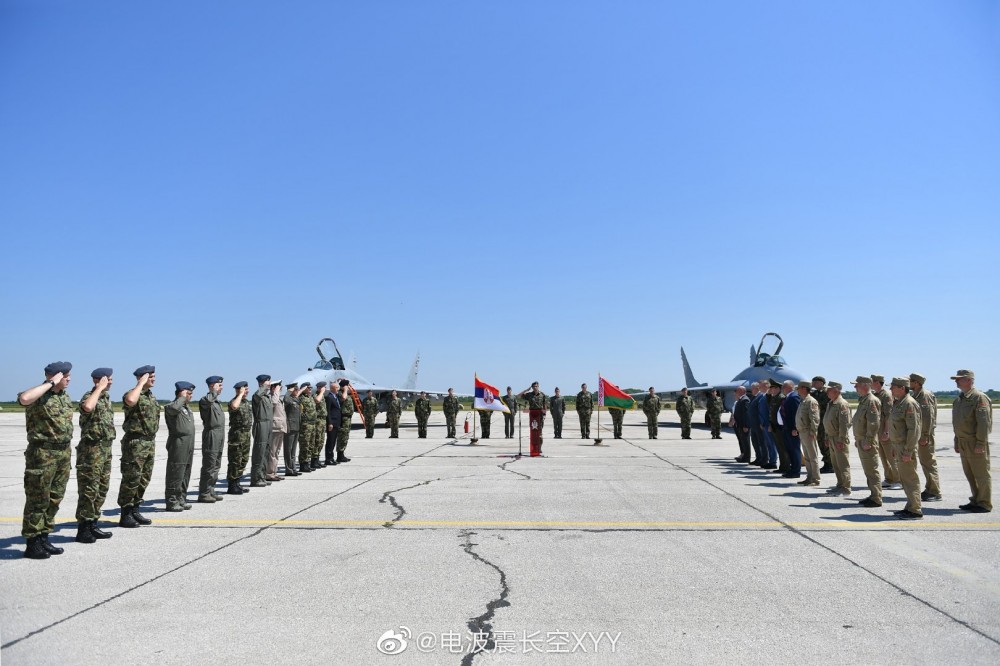 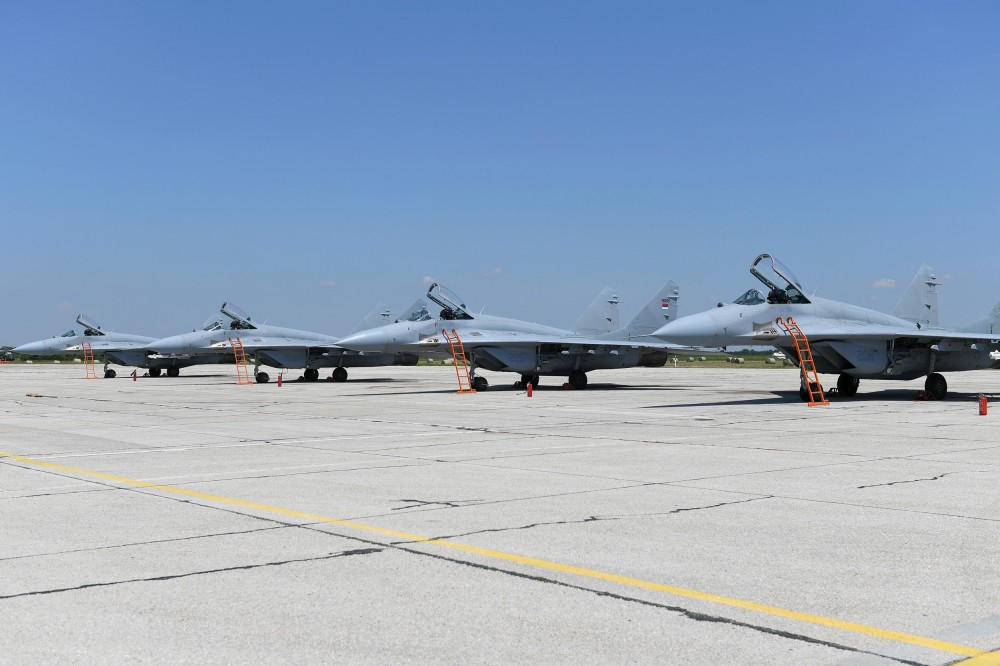 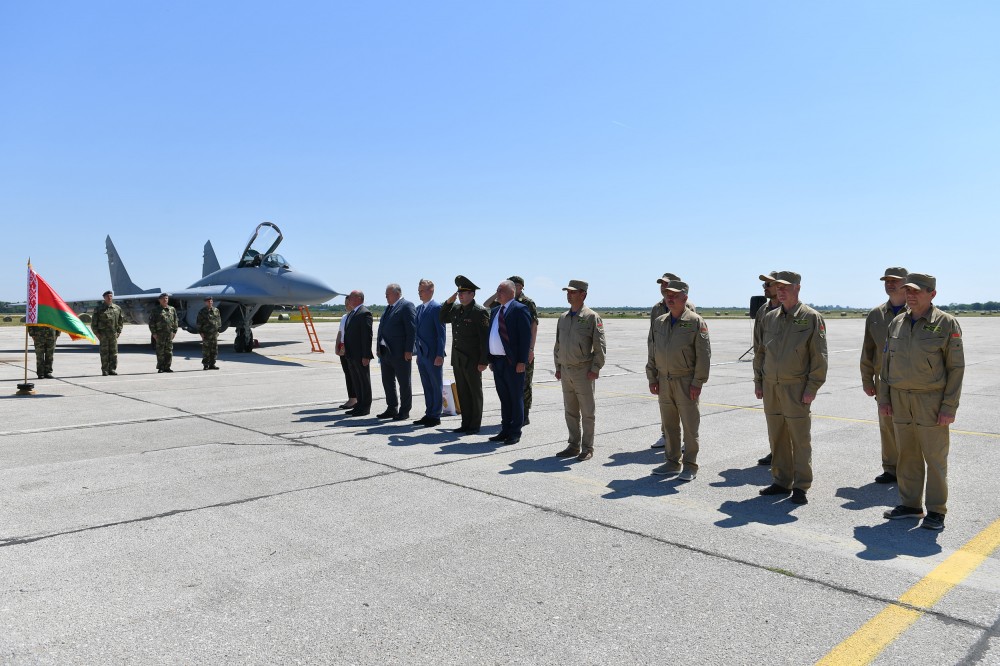 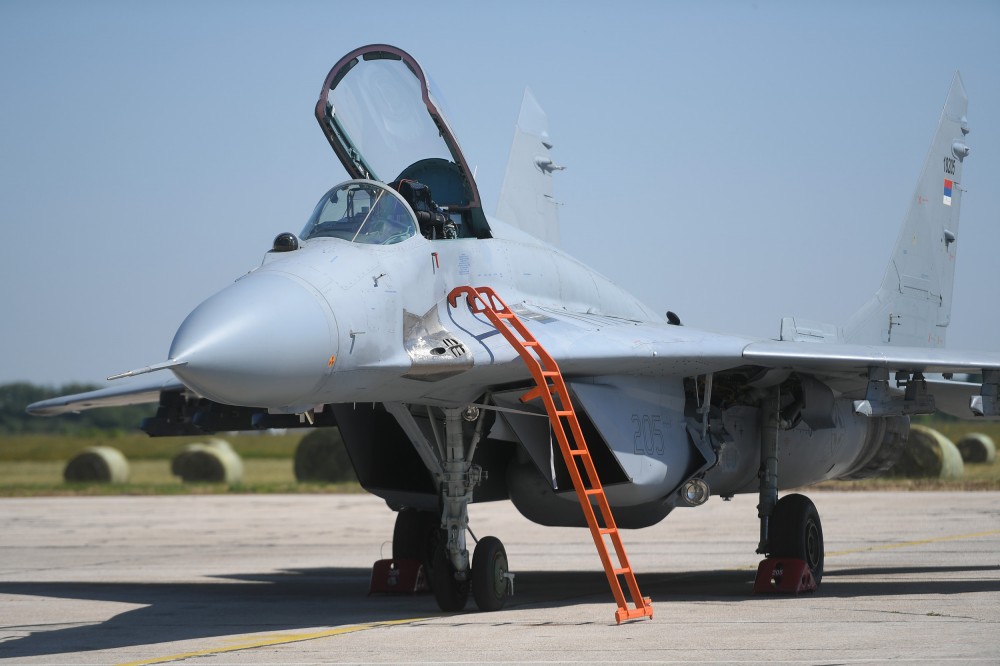 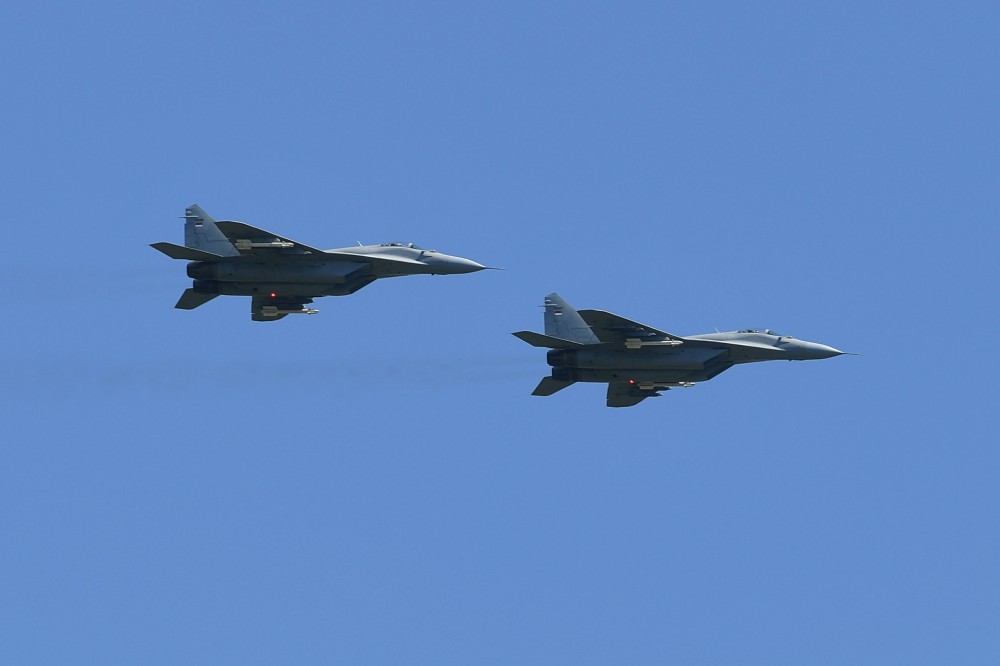