Even if not only an early prototype, J-20 is less observable only from the front, not the sides; those rivets under the canopy, even if the same size & shape as on the pic., won't change RCS by much to make any difference!
J-20 stealth fighter jets conduct night confrontation training
http://www.ecns.cn/hd/2018-06-02/detail-ifyuurnp0998239.shtml

4 J-20s in 2 formations performed a rehearsal at Zhuhai this morning. 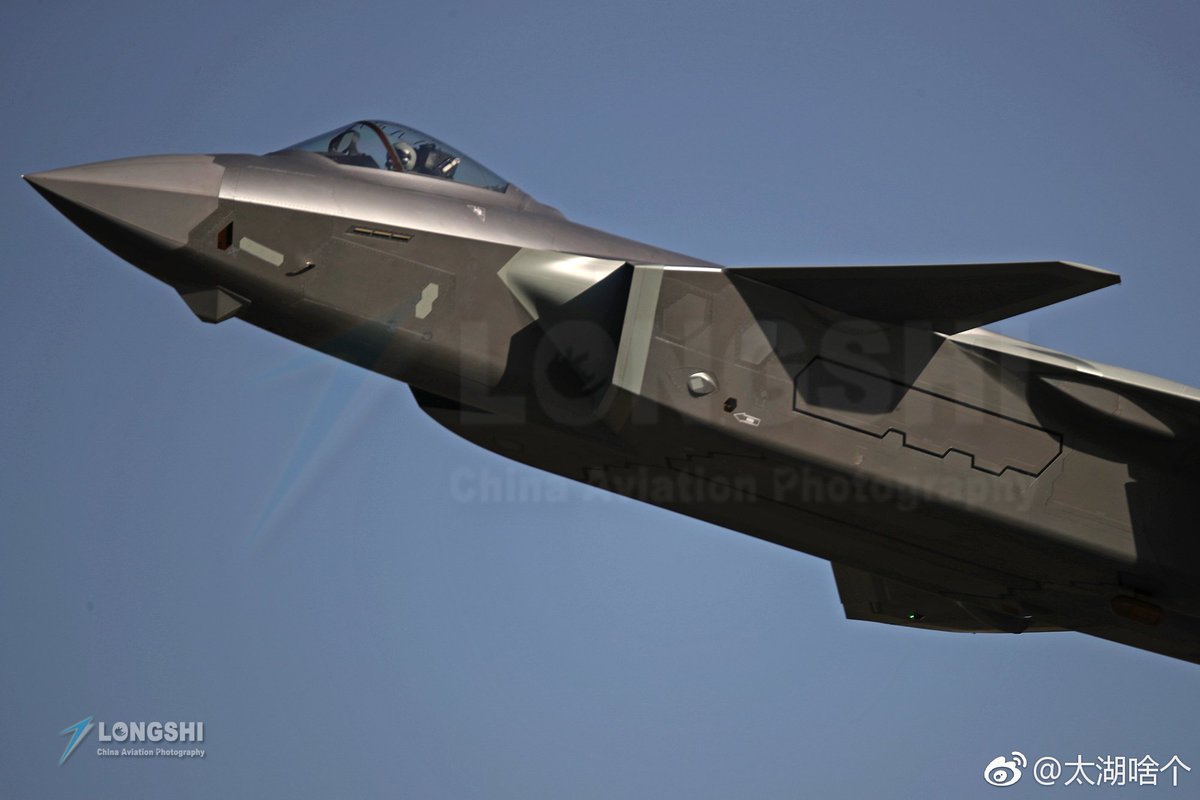 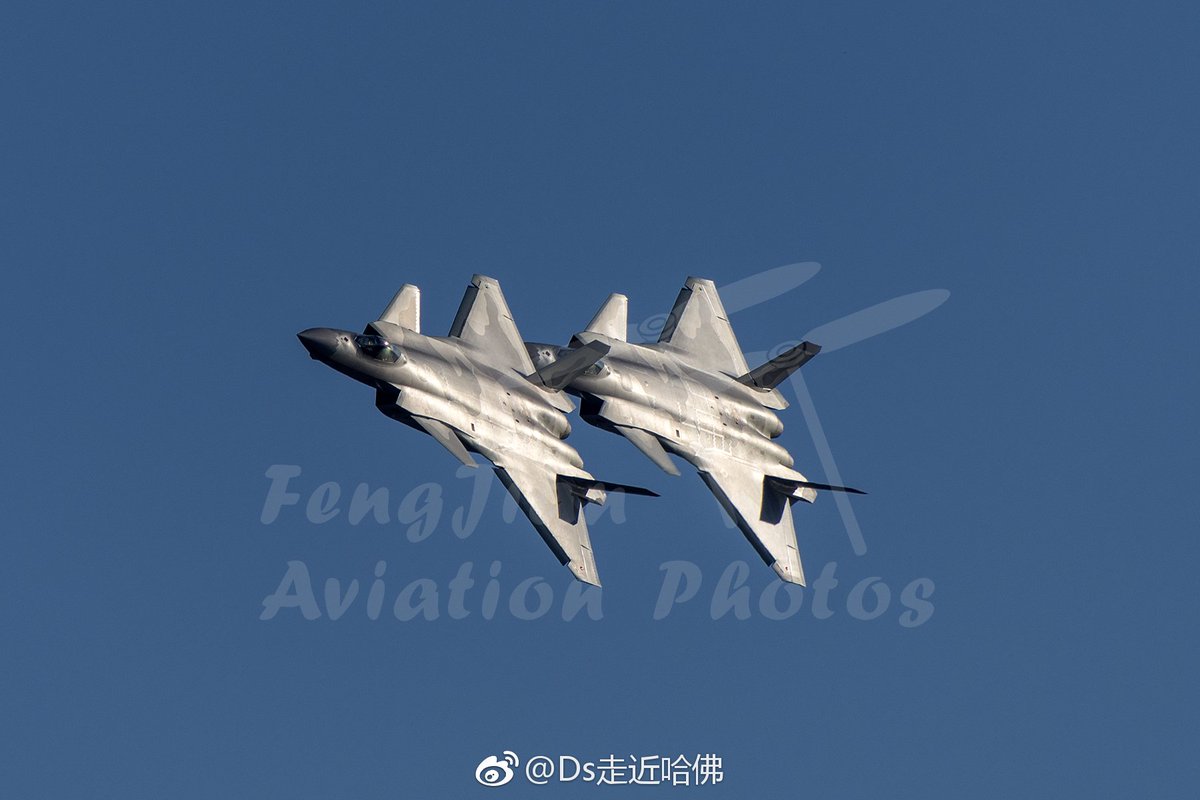 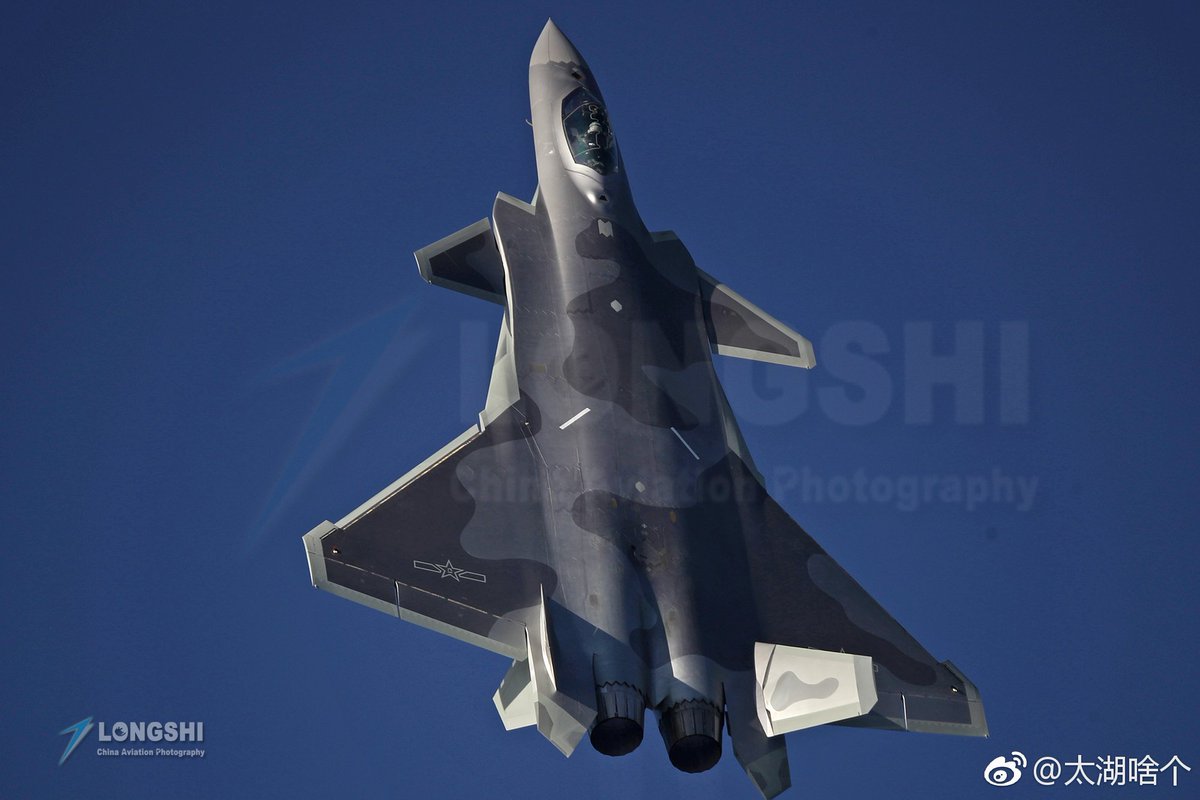 In late August, it was reported that China built the fourth assembly line for the production of fighter j-20. It was noted that in case of launching production at full capacity, China will be able to produce up to 40 such aircraft annually.
https://iz.ru/811453/2018-11-12/kitaiskii-istrebitel-j-20-vpervye-pokazal-raketnoe-vooruzhenie
walle83

Im impressed by the J-20 design. Not really F-22 quality but damn close.
On the ground its a bit ugly goose but in the air its really slick.
Cyberspec

Preparing to ramp up production...


According to the published CCTV materials, China forcefully creates all the necessary production capability.

Currently setting up the construction of three production lines, which resemble the conveyor assembly of cars. Two of them will be mainly production of equipment for the J-20, equipped with a Russian engine AL-31F, the other of the J-20 with Chinese power plant WS-15.

As stated, each of these lines allows you to produce not less than one aircraft per month. If put production of J-20 on stream. A total of three lines will produce, at least 36 aircraft per year.

As reported by Chinese media, will release at least 200 new fighters. 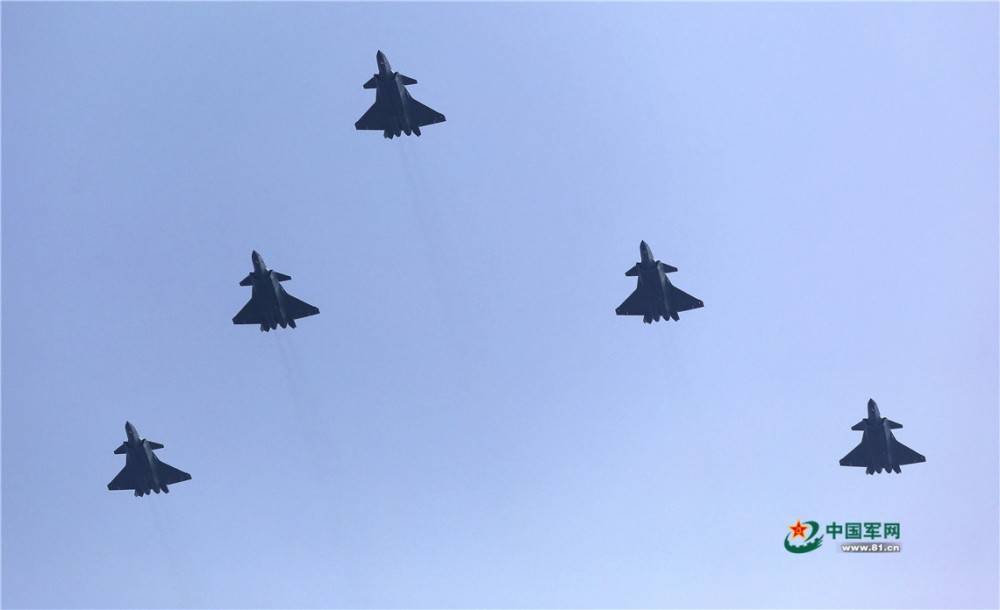 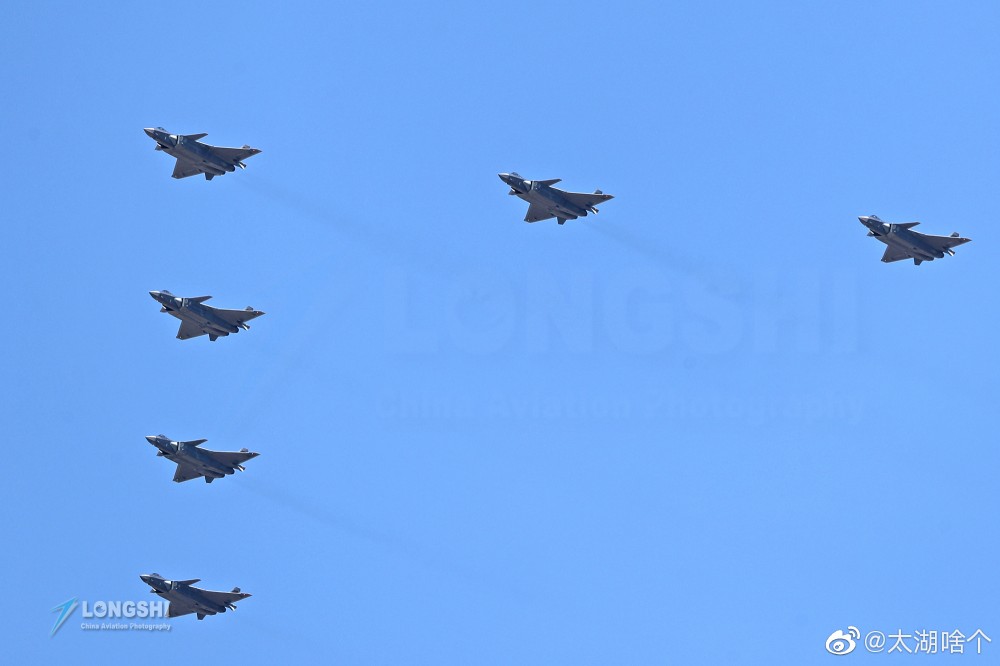 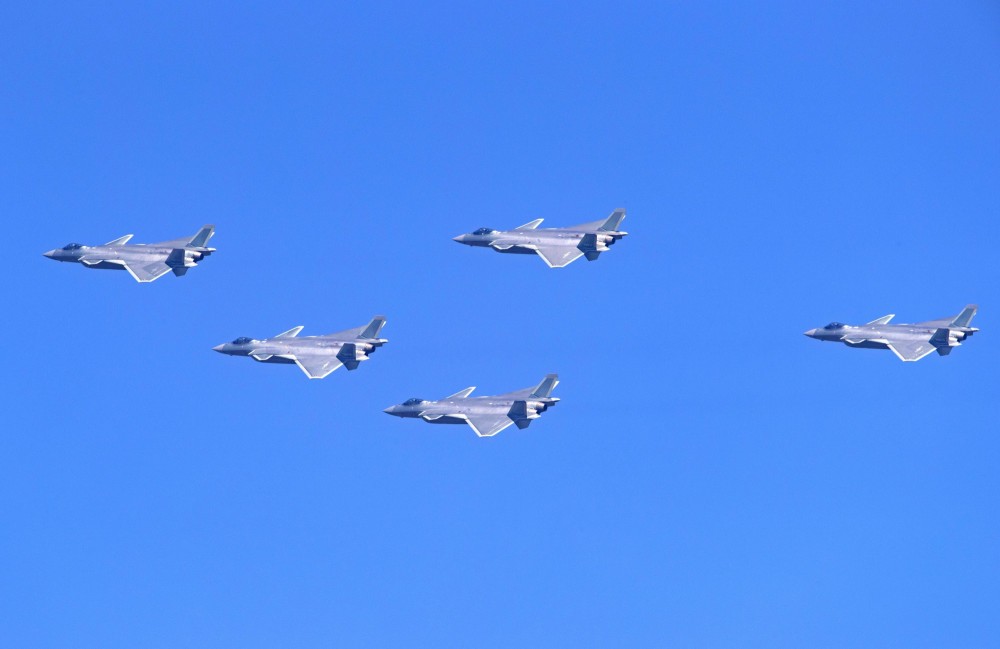 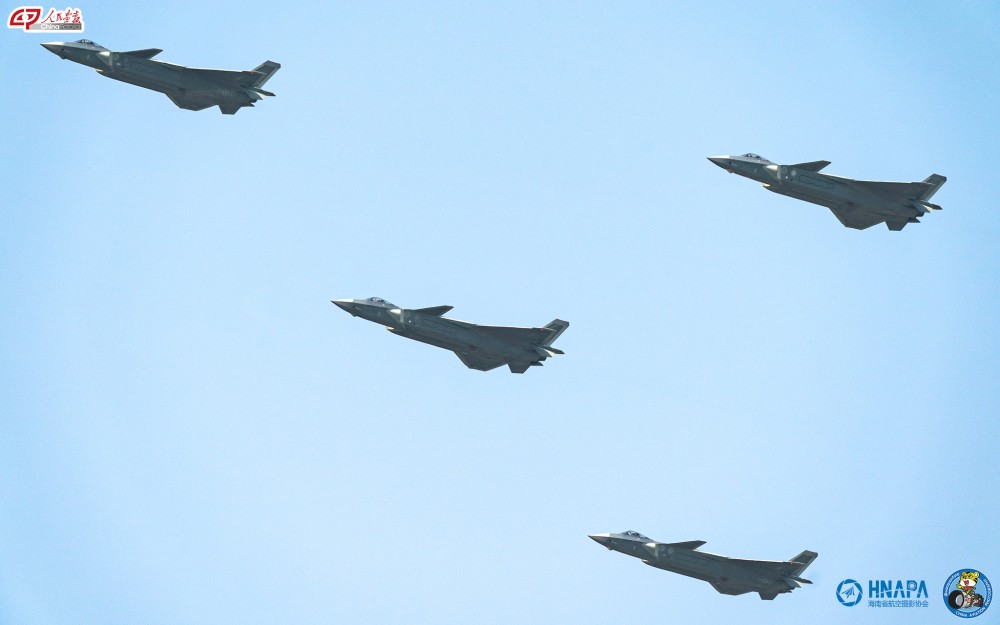 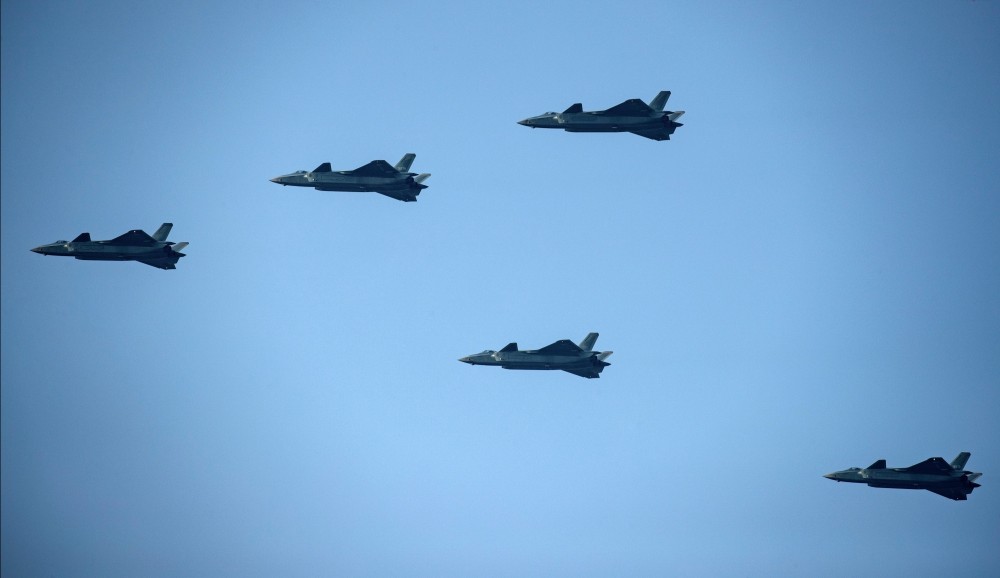 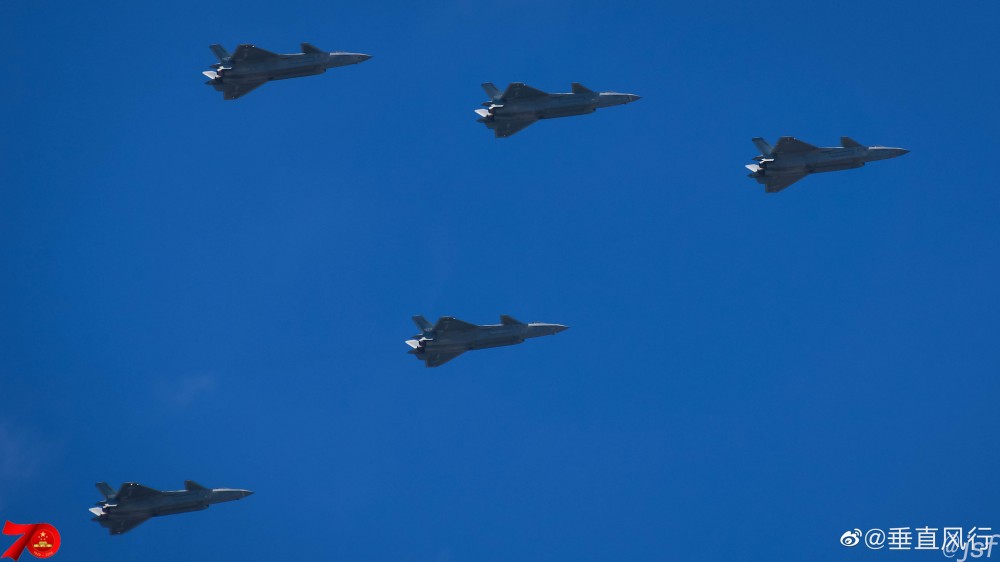 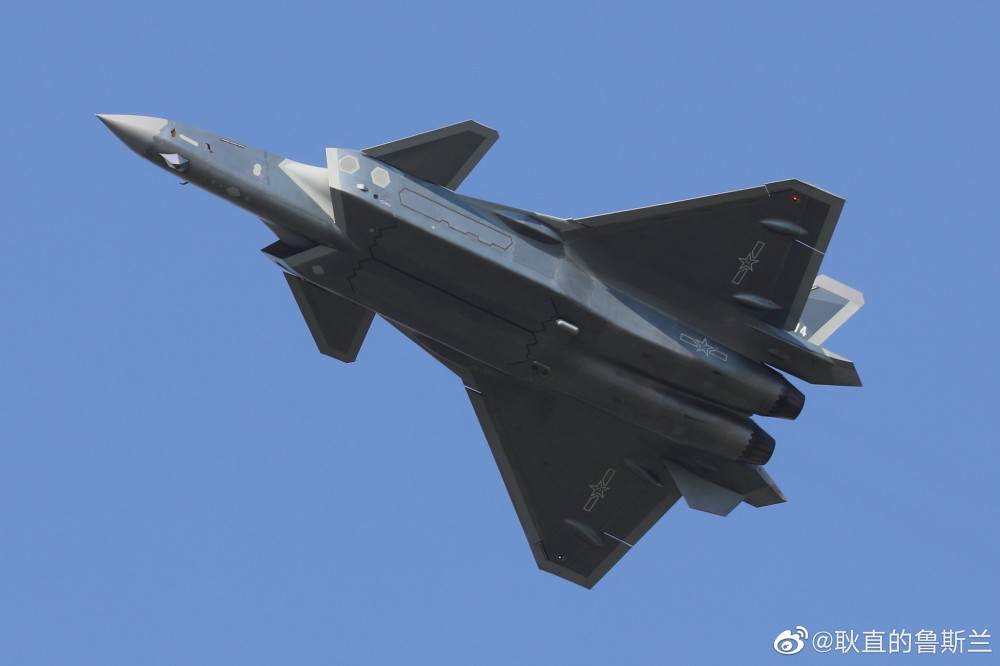 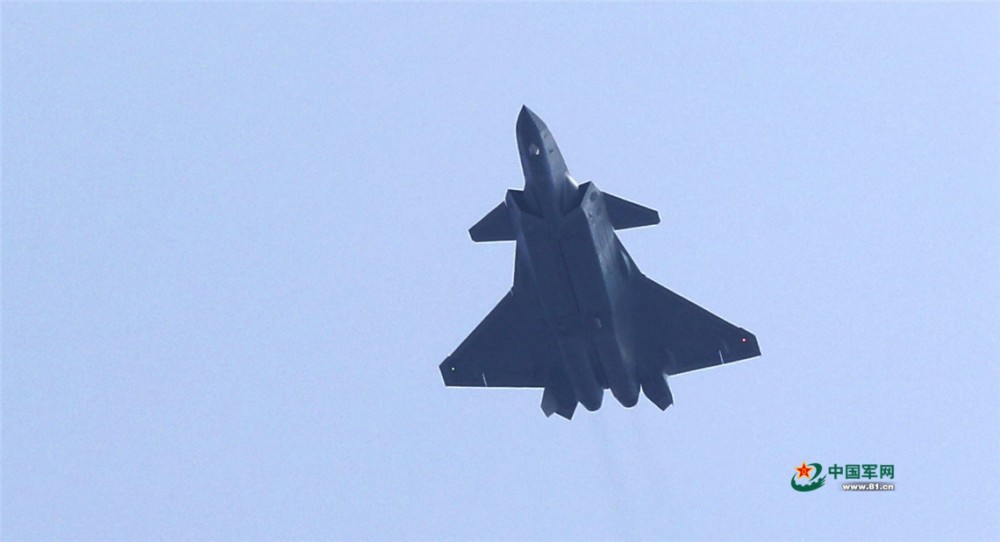 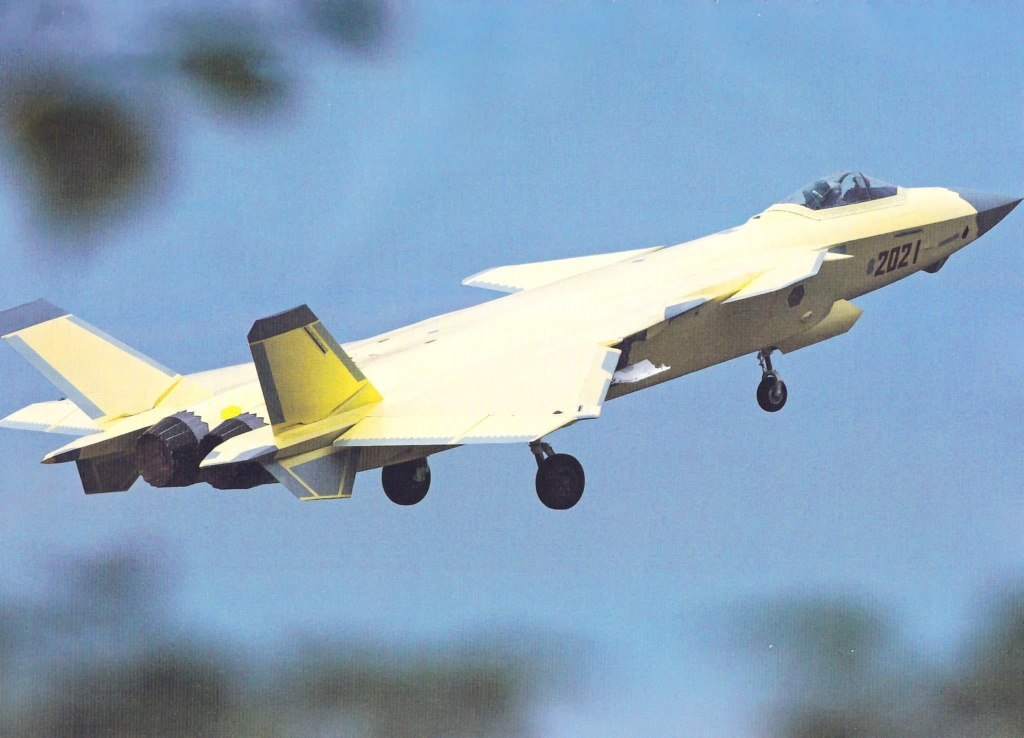 The problem is 'The Drive' is as credible as a horses nutsack. 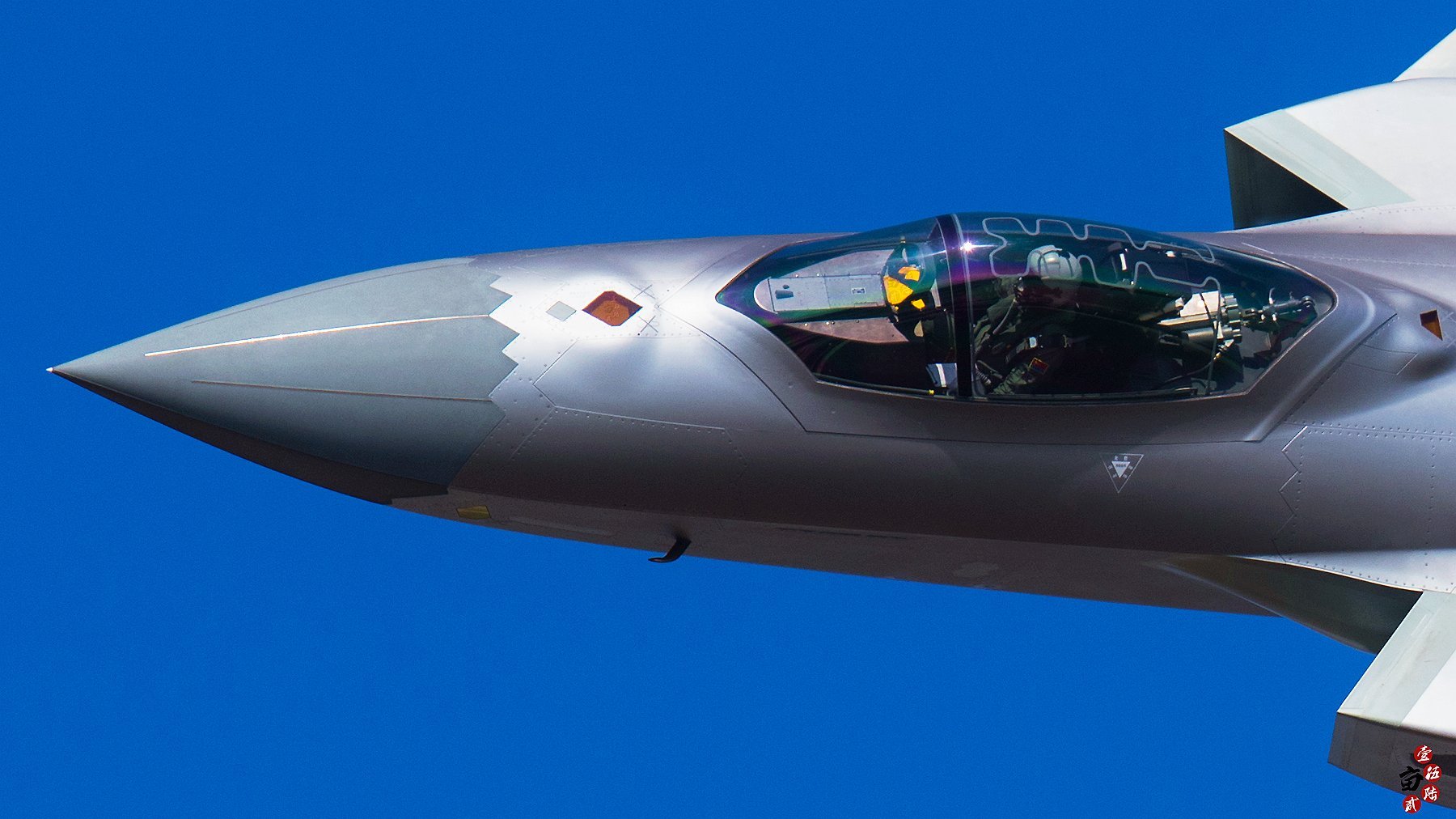 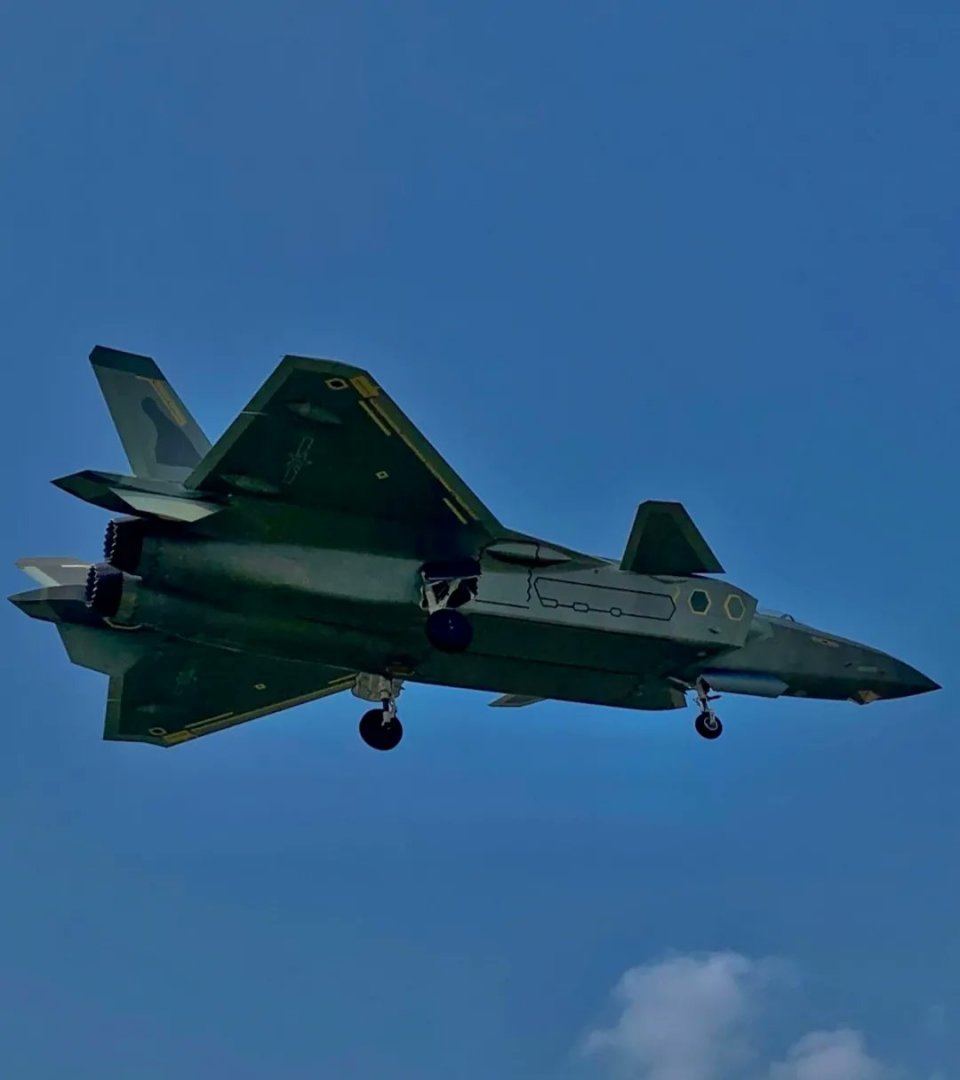 First pictures of a J-20A with the indigenous WS-10C jet engine.

China’s J-20 Stealth Fighter: Now Equal to F-22 Raptor?
The Chinese People’s Liberation Army Air Force plans to continually modify the engine of its J-20 5th Gen stealth fighter to the point wherein it can match, rival, or potentially out-perform the U.S. F-22.
by Kris Osborn
The Chinese People’s Liberation Army Air Force plans to continually modify the engine of their J-20 5th Gen stealth fighter to the point wherein it can match, rival, or potentially out-perform the U.S. F-22.
Is this possible?
Many U.S. engineers and military leaders maintain that the speed, maneuverability, technological sophistication and performance specs of the F-22 are simply unparalleled, yet many of course are acutely familiar with China’s fast-growing technological sophistication.
A report in the South China Morning Post quotes an unspecified “military insider” (seems to indicate a Chinese military insider) explaining that the Chinese military will no longer use the Russian AL-31F engine in its J-20 but rather replace it with the WS-10C, a modified version of its domestically-built WS-10 engine.
“It’s impossible for China to rely on the Russian engine, because Russia asked China to purchase more Su-35 fighter jets in exchange for the AL-31F engine deals,” the insider, who requested anonymity, said in the paper. “The key problem is – except for its longer combat range advantage – the radar, navigation system and other electronic components on the Su-35s are inferior to Chinese aircraft like the J-16 strike fighter.”
Interestingly, the modifications to the Chinese WS--10 do not, according to the insider, go far enough.
“The air force (presumably Chinese) is not happy with the final results, demanding that engine technicians modify it until it meets all standards, for example matching the F119 engine used by the Americans’ F-22 Raptor,” the South China Sea Morning Post writes.
What would it mean to truly rival or surpass the F-22? Does this indicate that the emerging, or soon to emerge, modified Chinese engine would achieve an F-22-like “supercruise” ability to sustain Mach speeds for long periods of time without afterburners? Does it mean it can vector and maneuver in a manner somewhat analogous to an F-22?
Well that may not be fully known, yet it seems there are a few things that can be observed; the J-20 fuselage, with its double-wing configuration, may be somewhat stealthy, yet it does appear larger and somewhat less maneuverable than a more streamlined F-22 fuselage. The F-22 has a 44-ft wingspan and is, at certain high altitudes, able to hit speeds as fast as Mach 2.25. Various media reports cite that, by comparison, a J-20 is several meters longer but built with a similar 44-ft wingspan; the reports, from Air Force Technology and The National Interest say the J-20 can reach speeds of Mach 2.55. Not sure if this can be or is confirmed per se, and speed metrics don’t necessarily translate into maneuverability or sustained speed.
A key F-22 advantage is that it not only can reach those speeds but can sustain them as well. Also, a slightly shorter, sleeker, and more streamlined fuselage, coupled with potentially unmatched levels of propulsion, thrust, and high-speed maneuverability, could very well give the F-22 a decisive advantage.
Weapons integration, sensor range, EW, and targeting are perhaps the most defining attributes likely to help distinguish which aircraft, the J-20 or F-22, would prevail in an air-to-air engagement or out-perform the other in combat. An ability to see, attack, out-maneuver, and destroy an enemy aircraft at further ranges and with more targeting precision and sensor fidelity would likely prove to perhaps be the most decisive factor in any combat engagement. The F-22’s ongoing 3.2b software upgrade has produced now-operational weapons upgrades to the AIM-120D and AIM-9X air-fired weapons. The enhancements greatly improve targeting precision, accuracy, guidance systems, and range for the weapons, potentially bringing as-of-yet unseen combat advantages. Some of the enhancements to the weapons, perhaps of greatest significance, include anti-jamming RF technologies built to adjust frequency to sustain weapon targeting and thwart attempted jamming.
The real question then, is despite China’s known propensity for rapid technological advancements, does the J-20 have any kind of air-to-air thrust and maneuverability, supercruise sustained acceleration, or advanced sensors and weapons systems sufficient to rival an F-22?
Kris Osborn is the defense editor for The National Interest. Osborn previously served at the Pentagon as a Highly Qualified Expert with the Office of the Assistant Secretary of the Army—Acquisition, Logistics & Technology. Osborn has also worked as an anchor and on-air military specialist at national TV networks. He has appeared as a guest military expert on Fox News, MSNBC, The Military Channel, and The History Channel. He also has a Masters Degree in Comparative Literature from Columbia University.
Image: Reuters.
https://nationalinterest.org/blog/buzz/china%E2%80%99s-j-20-stealth-fighter-now-equal-f-22-raptor-176117
Backman

Except the su 57 is more maneuverable.

” the insider, who requested anonymity, said in the paper. “The key problem is – except for its longer combat range advantage – the radar, navigation system and other electronic components on the Su-35s are inferior to Chinese aircraft like the J-16 strike fighter.”

Another J-20 triumphalist puff piece from the western defense media. With the usual quoting of "Chinese insiders" that don't actually exist. China is buying su 35's for the engines and the tech but in the same breath, they say the Chinese are further ahead than Russia in engines and tech.

I just have to question any of these rumors about indigenous avionics or systems at all. Nevermind claiming that its better than Russia's.

..they say the Chinese are further ahead than Russia in engines and tech.

where did it say that the Chinese are further ahead than Russia in engines?
Backman

..they say the Chinese are further ahead than Russia in engines and tech.

where did it say that the Chinese are further ahead than Russia in engines?

They don't explicitly state it. But they are saying a tuned up WS-10 will be equal to the F-22's engine. And the WS-10 isn't even the WS-15. I think they are just setting the stage now, to claim in the future, that the WS-15 is better than the su 57 stage 2 engine. (China officially isn't saying any of this. Its just the western defense media and English China)


The Chinese People’s Liberation Army Air Force plans to continually modify the engine of its J-20 5th Gen stealth fighter to the point wherein it can match, rival, or potentially out-perform the U.S. F-22.

Chinese military will no longer use the Russian AL-31F engine in its J-20 but rather replace it with the WS-10C, a modified version of its domestically-built WS-10 engine. 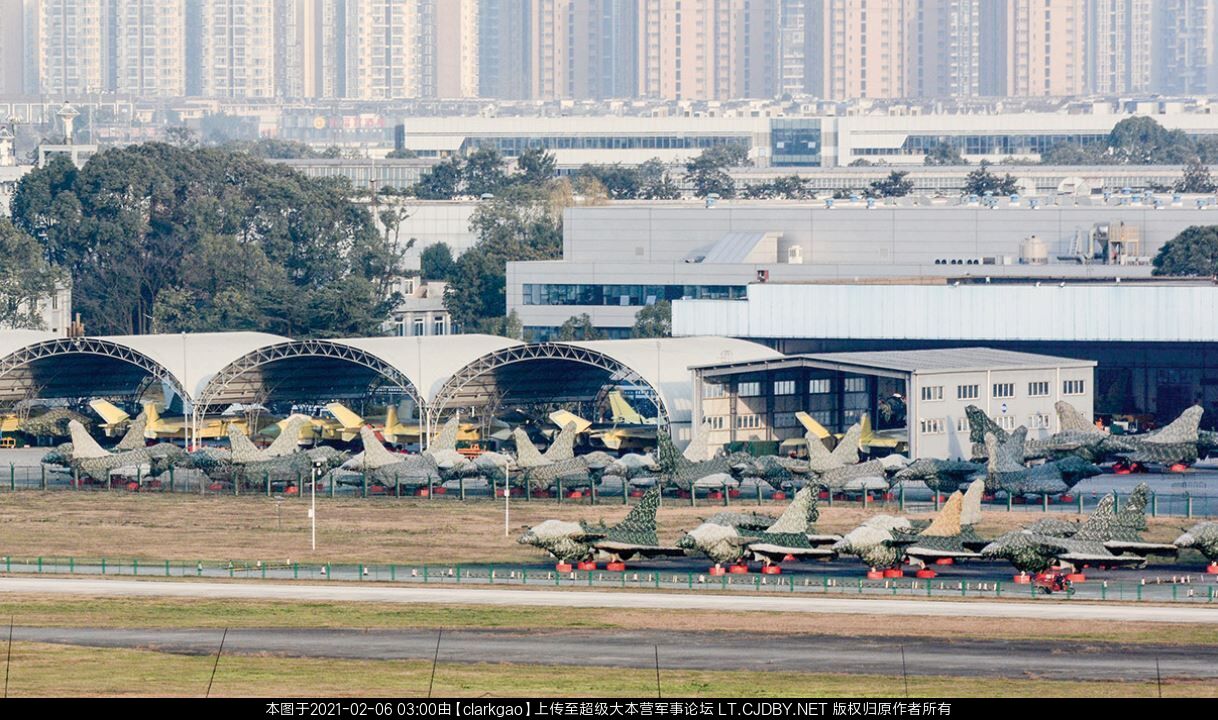 Found on Warplaneporn. Lots of HT cables nearby. 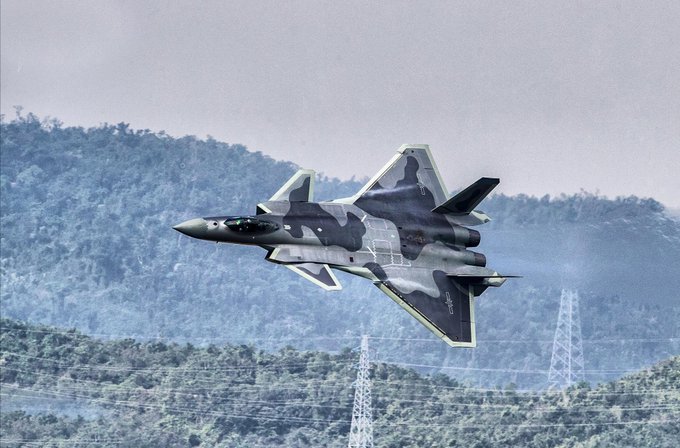