I suspect they have two obvious options... they have developed new airburst 30mm shells so they might continue with the mix of 30mm and missiles on one vehicle/turret mount, and add a separate 57mm vehicle/turret, where the 30mm gun would only be used against popup targets at close range like drones and also to protect the vehicle while it is moved somewhere safer to reload the missiles, or they will remove the 30mm guns and replace the 30mm guns with 57mm guns.

Remember at the end of WWII their air defence was a single barrel 37mm gun, which was replaced with a twin 57mm gun and 14.5m HMGs in various mounts... the towed 57mm guns continued on long after the self propelled vehicle was replaced by the Shilka with 23mm cannon but was replaced in the 70s by the OSA, but they kept the 23mm guns and then replaced them with 30mm guns and missiles on the one platform.

The rate of fire from those smaller calibre cannon meant a pattern of projectiles could be launched through which no normal sized target (ie aircraft) could fly through without getting hit, but small drones and munitions means the rate of fire and number of rounds that need to be fired to assure a hit on even a level flying target becomes impractical.

In terms of hunting animals that move fast like rabbits or ducks the best weapon to use is a shotgun because it offers multiple chances of a hit with each shot... an animal generally does not have thrust vectoring propulsion so if they are moving in a specific direction in the fraction of a second between making the shot and impact of the projectiles they can't move very much in any direction so as long as you have lots of pellets with a nice even spread over a square metre or so the chances are very good you will hit the target with enough pellets to stop it.

Rabbits and ducks are size 3 to size 4 pellets which are a few mms across with about 100 in each shell. Each one will go right through a rabbit or duck sized animal within about 30-20m or so.

Against a human wearing clothes such a load is totally inadequate... our skin is thicker and our flesh is heavier as are our bones... number 3 or 4 shot is more likely to enrage a human than humainely dispatch them.

The problems for the shotgun are the same for the air defence gun... scale up the calibre to have a chance of damaging the target terminally and you reduce the number of rounds per shot (for a cannon heavier projectiles needs bigger rounds and heavier guns that usually don't fire as fast but often fire further.)

The problem is that 000 buckshot might only have 12 projectiles in one 12 gauge shell case... so at 20m if you draw a circle 1m across and randomly put twelve impacts on it that is pretty much what you get with a shotgun... the problem is that you have no control where in that 1m circle those projectiles are going... one shot on a human target you might get one ball bearing through the brain and two through the heart and one through a lung and the rest missing the target completely but that would be a kill... equally the next shot with the same ammo from the same gun at the target standing right next to the first target and you might skim an arm that opens a wound but a trivial wound and all the rest of the projectiles go wide.

WTF am I talking about... well in the 1980s they were testing Gepard (35mm) against a full sized paper target of an Mi-28 at a range of 2km and to be honest the target looked like it had been hit by a shotgun blast from 20m with buckshot... there were about 20 or 30 holes in the target all randomly scattered... if you look on another thread about the 57mm gun mount on a BMP-3 showing firing on the move at a target 2km away with their tight cluster of hits it puts things in perspective... in the 1980s they didn't want air defence guns to be lasers putting all their rounds in a small spot on the target because their target is moving and manouvering so they wanted hits all round the point of aim to compensate for any change in movement by the target between when the gun opens fire and impact time... they didn't want inaccurate guns but they didn't want super accurate either in case the aim point is wrong.

With the new 57mm gun mounts however an airburst ammo they want more accuracy again because it is the fragments that will make up for miss distance... not rate of fire or weight of fire... that is why they only want one barrel... lighter and simpler and cheaper.

It looks like they can fit a 57mm gun mount in to the space of a 30mm gatling gun mount so it will be interesting to see what they do... they generally mount HMGs and rifle calibre machine guns on their ships too so fire power wont be compromised in any event... a 57mm gun firing a single round that hits a small boat sized target would be just as devastating as a burst of gatling fire with a couple of hits and a couple of hundred other rounds splashing all around the target like it was supposed to do...

I think next gen Pantsir will become more stealthy so removing the guns might make a positive difference...
TheArmenian

Zaslon appeared in Rosoboronexport catalogue, I had not seen it before:

Modular design and way of operation allow for the possibility to modify the composition and functions of the system according to the requirements of the ship.

Does anybody know what radar / array performs what function? The one on the top should be the rotating S band, some of the AESA arrays should be the X band, what about the other set of 4 fixed arrays? 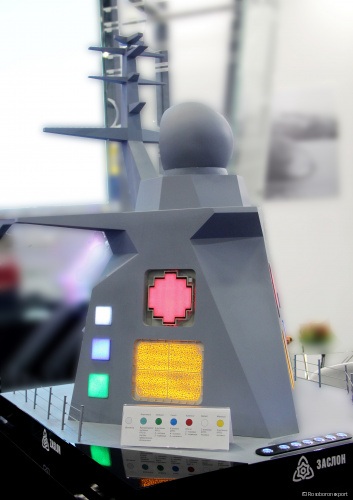 Does anybody know what radar / array performs what function? The one on the top should be the rotating S band, some of the AESA arrays should be the X band, what about the other set of 4 fixed arrays?

I assume the artillery fire control system would be one of the 4 AESA (check project 20386, which doesn't have a separate Puma "device" sitting in front of the mast, as well as the new Steregushchiy, which so far doesn't have that either) and the other 4 would be the "X-band 3D radar", presumably against air targets primarily; I don't know which is which, however (my guess would be that the lower, larger panels are anti-air, but that's just a hunch).

What's interesting, though, is that apparently Zaslon takes over not just air targeting but also artillery targeting, search & target acquisition as well as EW...this could indicate that the additional cost of the new Steregushchiy, compared to the "base version" could be substantially lower than assumed (at least assumed by me, as I thought that the total Zaslon cost was only for the air targeting radar, when in reality it's much more than that and thus a lot of systems are now part of the Zaslon suite and won't be duplicated, making the "rest cost" and therefore the entire ship much cheaper than if the presumed 150M $ Zaslon was only for the anti-air radar).

Edit: found some more info and a new picture: the top one (red one) is definitely X-band and the new image has better resolution: 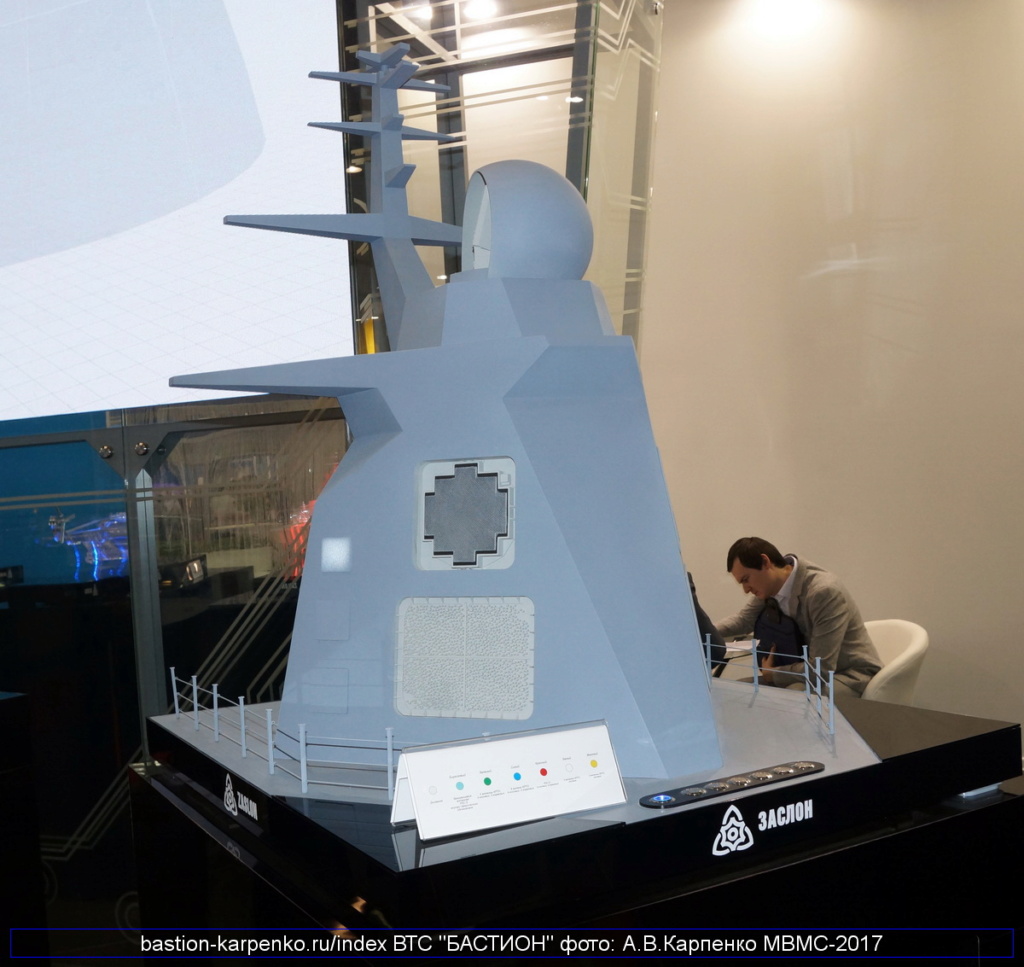 Unfortunately I still can't make out what is what but maybe someone else will be able to recognize it? According to some info the Gremyashiy is supposed to have Monument-A (targeting radar for missiles in UKSK), Puma-02 (artillery targeting) and the Furke-2 search radar...

LMFS wrote:Zaslon appeared in Rosoboronexport catalogue, I had not seen it before:

Modular design and way of operation allow for the possibility to modify the composition and functions of the system according to the requirements of the ship.

From what i can see. The topmost array in radome must be the surface scan radar. The first phased array second from the top is the X-band, as it has about equivalent width and height, indicating pencil beamwidth which one would need for precise guidance of a missile (e.g Shtil) The lowermost phased array would be the S-band air surveillance radar as it unequivalent width and height, indicating Fan beam which suitable for quickly cover a volume. The three smaller arrays behind those two must be the ESM and ECM array. The smallest among the three must be either ECM/ESM for X and K band while the one in middle is for C band and the largest must be for L-S band. 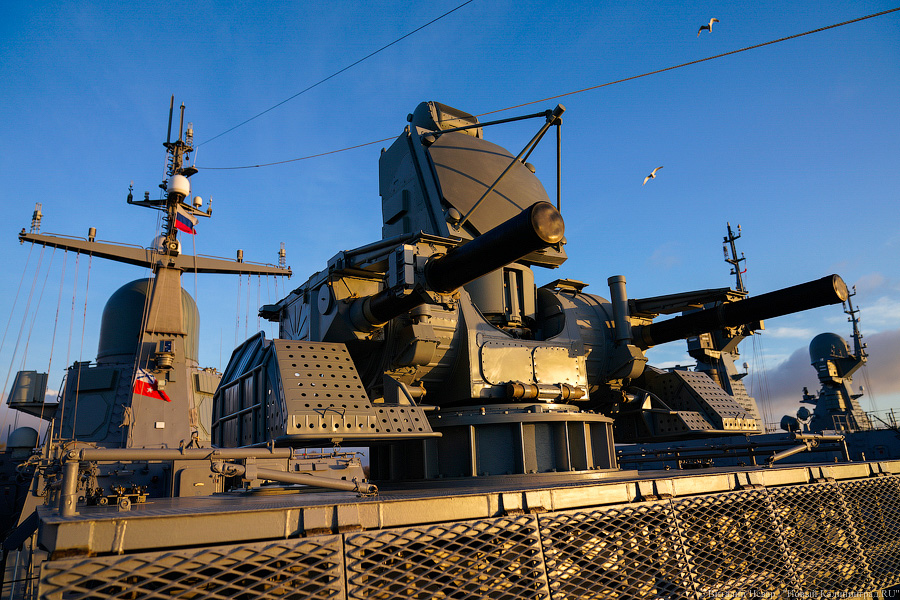 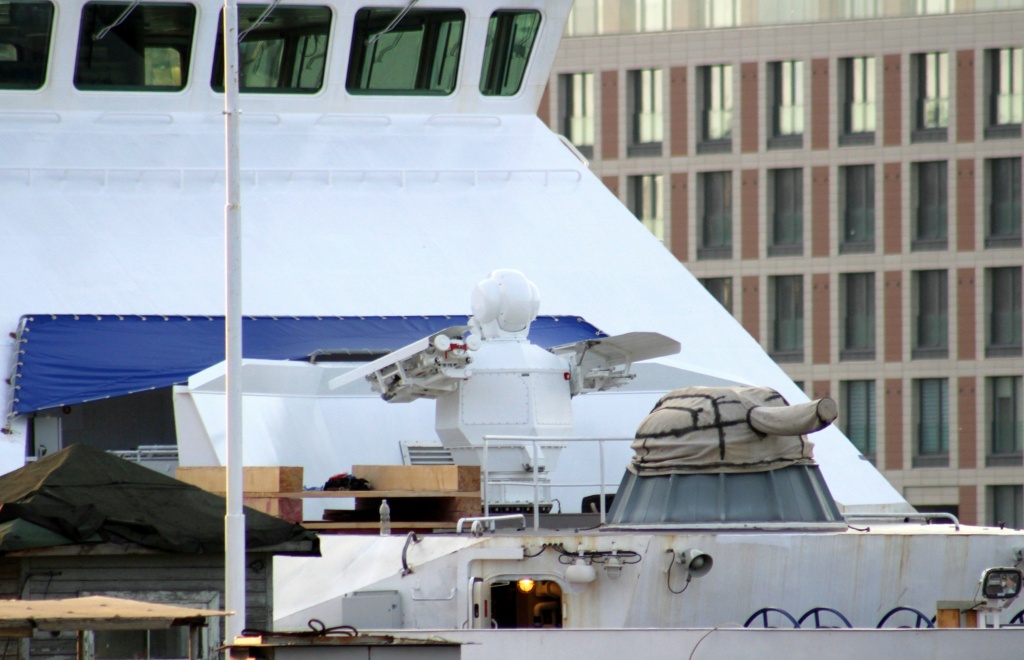 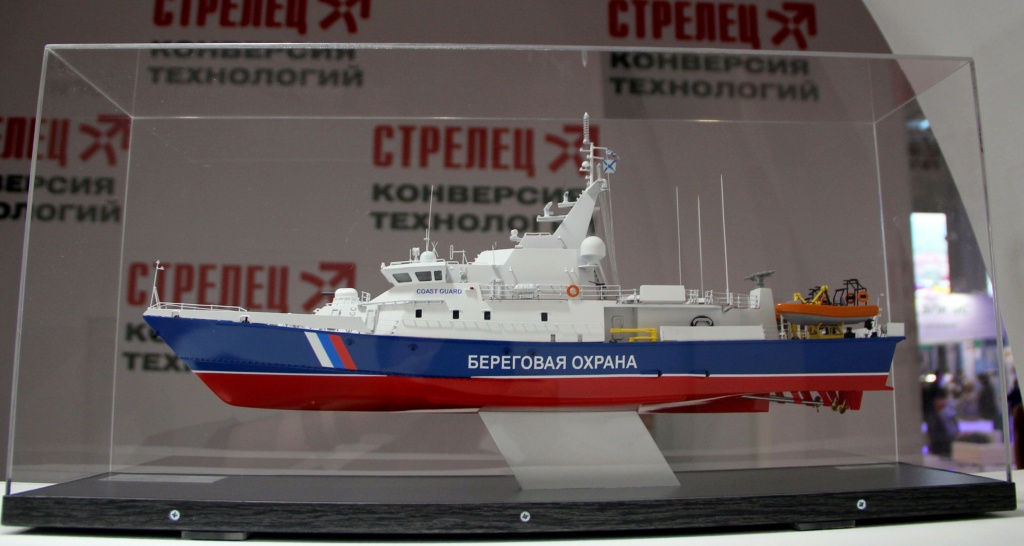 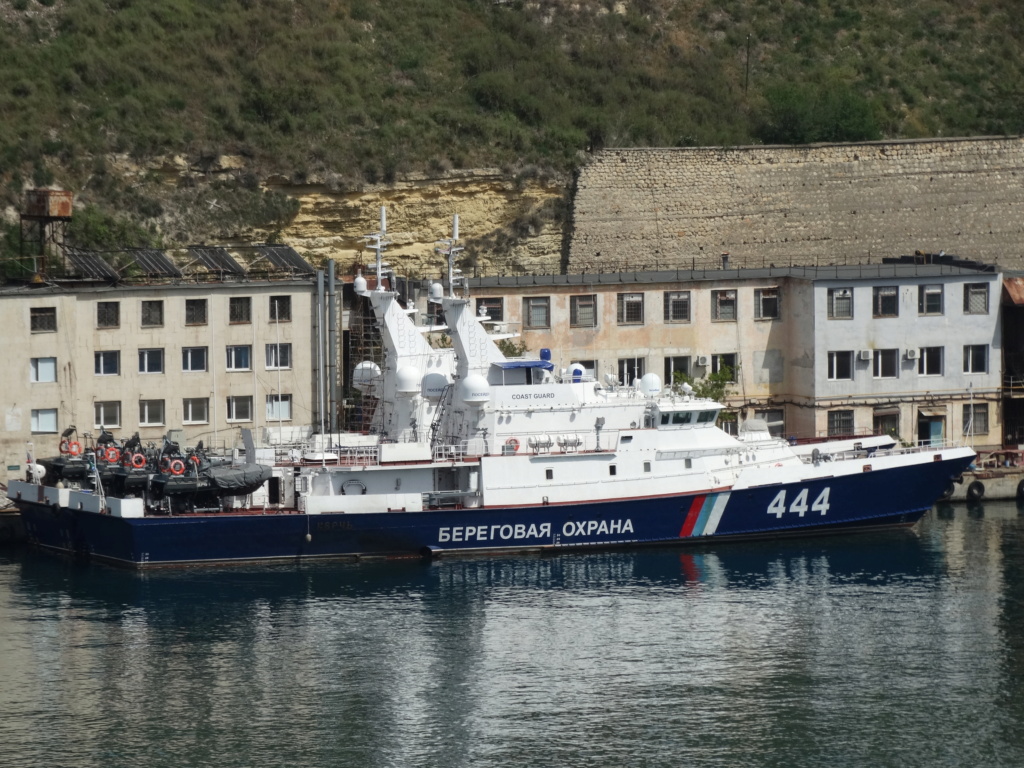 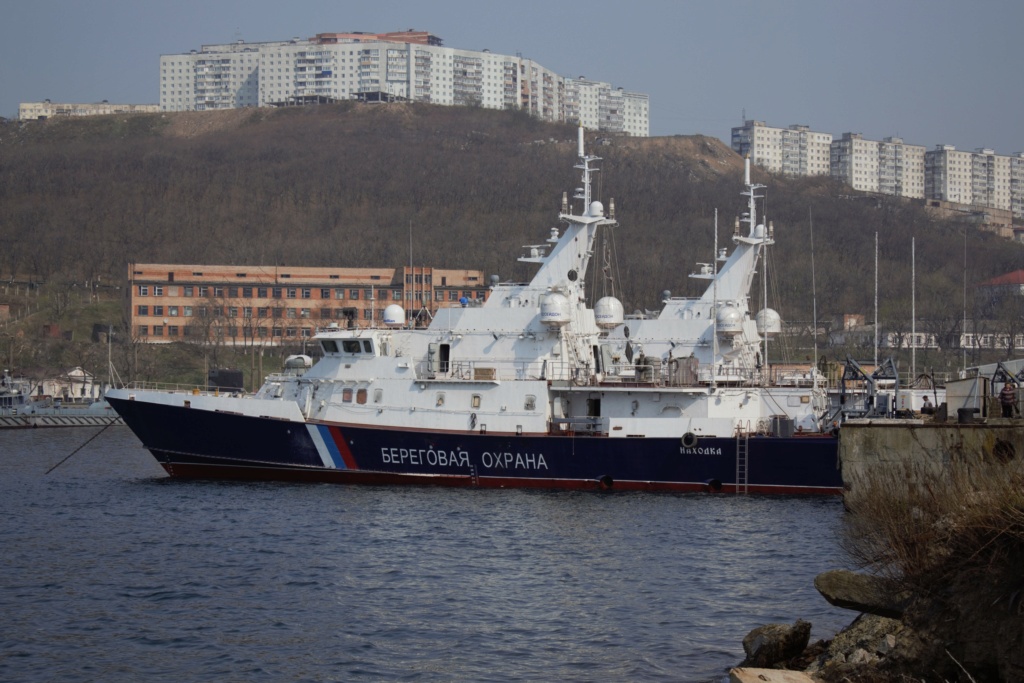 It is interesting, that this kind of Gibka is also meant for new 10410 Svetlyak ships. Two of them, Kerch and Balaklava are built for Black Sea fleet and two of them, Nahodka and Nevelysk, are built for Pacific fleet.

Are the S-300 missiles on the slava and kirovs always old models from the 80s that have been compromised by NATO?, or can they launch S-300 models from the 2000s.
GarryB

Naval models will be slightly different... ie Rif and Rif-M are S-300F missiles rather than S-300Ps.

Also after upgrades it is likely they will use S-400 missiles as the Rif and Rif-M would likely no longer be in production.

Though the may have older missiles in stock that could perhaps be used up in exercises I would think 250km and 400km range missiles will be used with the large launchers and the S-350 60km and 150km range missiles used in Redut tubes. 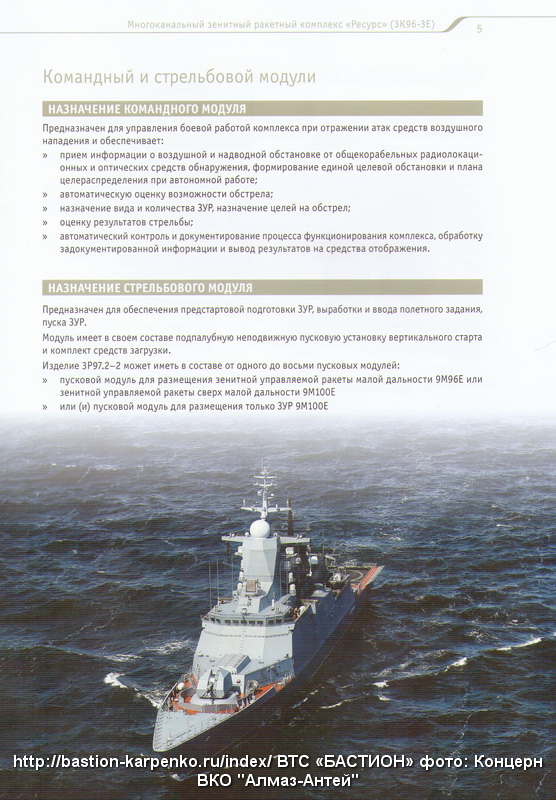 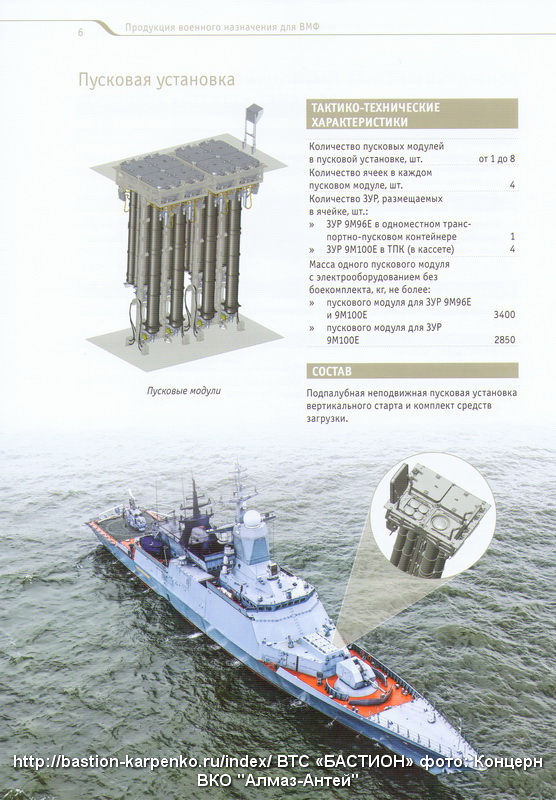 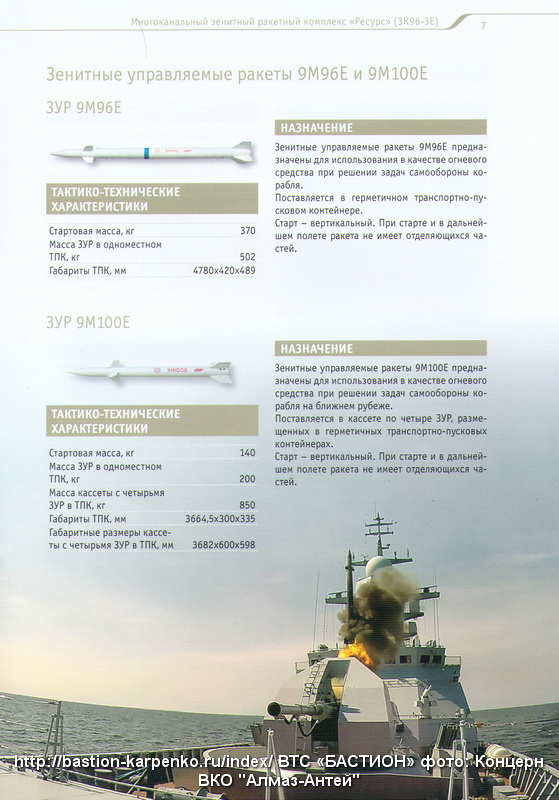 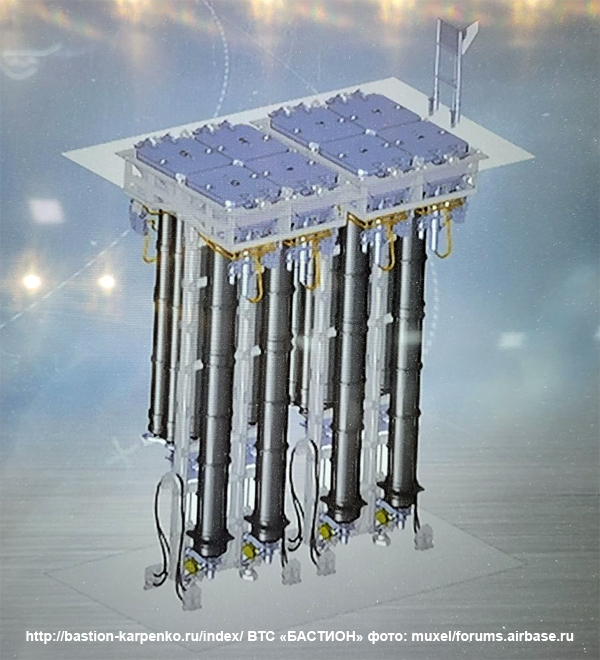 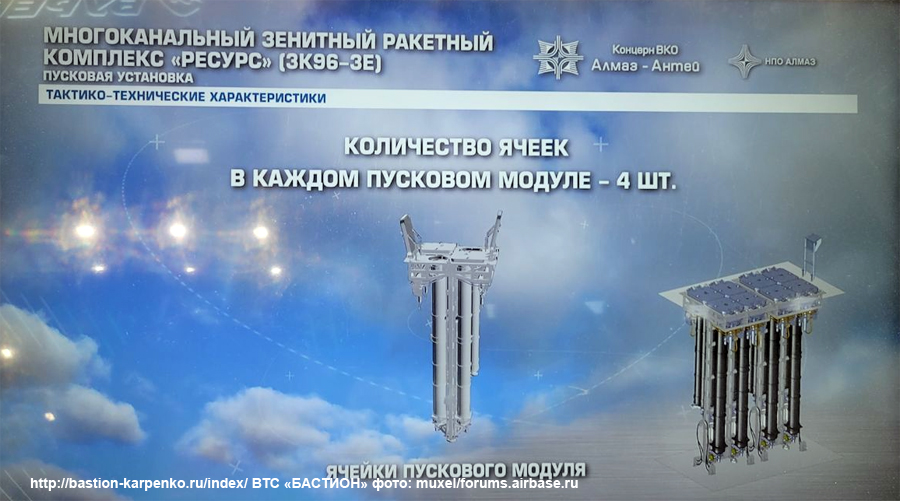 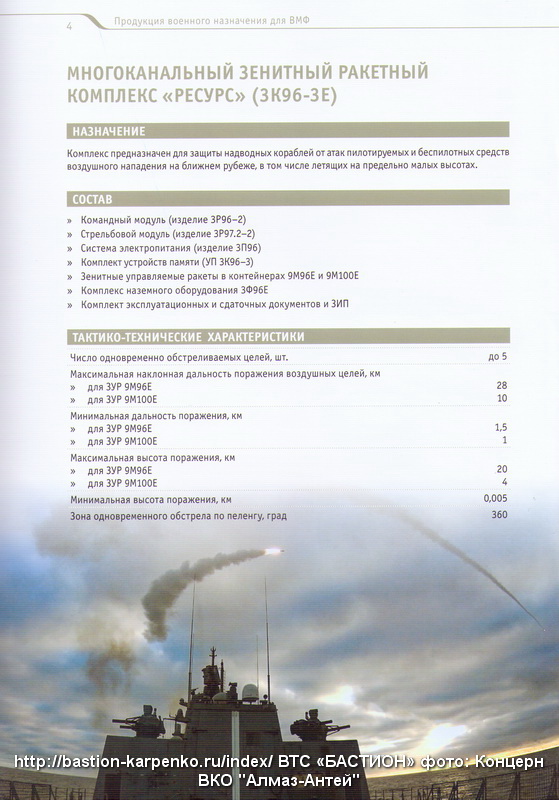 9M100 looks bigger than what I expected. 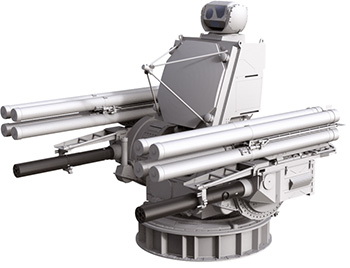 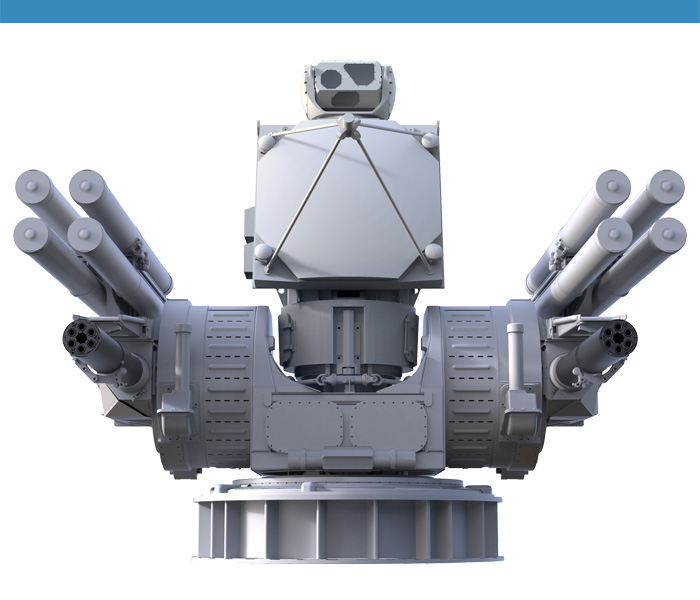 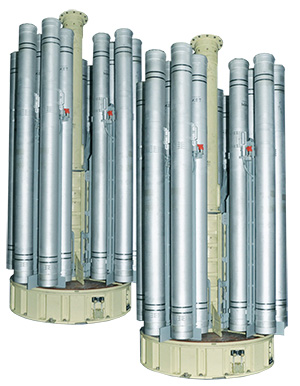