Perhaps it is the cost of the active radar homing elements used in them that is making them delay.

Certainly over time the cost will drop and become affordable, but right now they have lots of S-300 and BUK missiles to fill the gaps.
dino00

Seems a LOT more burney & explodey than I'd have expected from a single, relatively small 9M96 missile

The enormous amount of burning material suggests to me that this might have been a much larger missile that failed... was Nudol being tested?

Or perhaps it was a target missile that failed?

Looks like a failed space launch... that main black rocket path and the multiple bright white burning trails... it reminds me of challenger...
hoom

Yes, Charly015 suggests it could be an S-300 or a Topol which has been previously tested from that site http://charly015.blogspot.com/2018/12/lanzamiento-fallido-en-kapustin-yar.html
dino00

Shoigu: VKS will receive the first Vityaz complex next year

There is an opinion that we are talking about the launch of the Topol-E missile, for experimental launches from Kapustin Yar on the targets of the Sary-Shagan test site in Kazakhstan, used for testing new combat equipment, and also in the interests of the missile defense program. 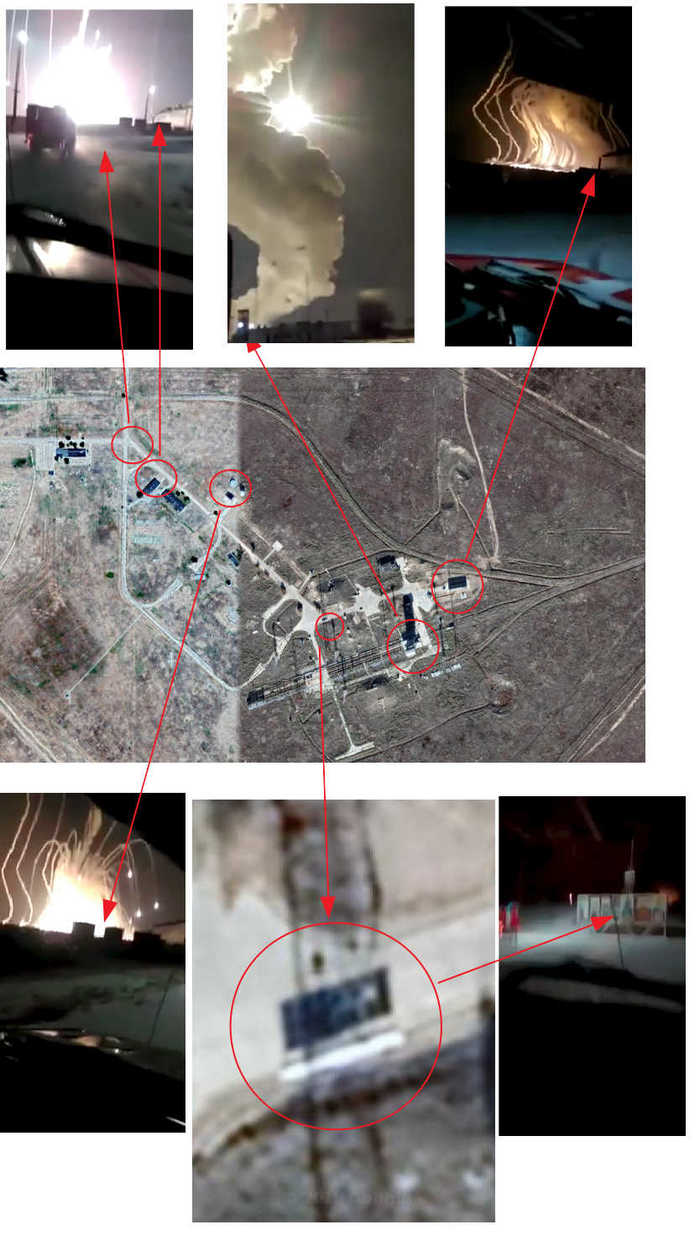 At least several authoritative sources report that the launch was made from the 107th site, where the C-350 was never placed, it is also noted that the video shows that a much larger amount of fuel exploded than from known missiles, even from C -300/400, while the C-350 has a smaller rocket. An unsuccessful launch suffered a more serious rocket, since this was indicated by powerful explosions from the fall of parts of the test object to the ground. The 107th site of the Kapustin Yar landfill is used for trans-atmospheric launches and has its own launch facility, which is clearly visible in the satellite image above.


there are reasons to think that Topol is most likely. Now removed from the database W58 regularly run for research purposes.

They recently showed a new missile... think it was Sarmat that wiggled during launch to make it a harder target to intercept... perhaps this was a test of an older model to see if it could be made to wiggle too to make it a harder target to intercept as it goes up... adding g forces during launch could easily result in a main fuel tank rupture and burn with obviously a lot of fuel still left in the tanks you would get such a result.

Unless it was designed for it very few missiles could perform manouvers during launch... they are simply not normally designed for flight loads above their acceleration upwards...

I would think it would be something they would want to test anyway...
GunshipDemocracy

MOSCOW, Dec 30 - RIA News . In the new year, the Russian Aerospace Forces will receive the Vityaz anti-aircraft missile system S-350 and about ten sets of Pantsir-S and S-400 anti-aircraft missile systems. This was announced by the Department of Information and Mass Communications of the Ministry of Defense.
ZRS S-350E "Vityaz" - self-propelled launcher, working in conjunction with the radar radar with electronic scanning space and a command post on the basis of the chassis of a special vehicle BAZ. The complex’s ammunition consists of medium-range missiles used in the S-400 air defense missiles and short-range missiles. The Vityaz will replace the S-300PS missiles with the V55R missiles.

The department recalled that in 2018, S-400 complexes and Pantsir-S complexes were placed in air defense units in Crimea, Khabarovsk Krai, Leningrad and Kaliningrad regions, as well as in the Arctic region.
In the past year, the Russian anti-aircraft missile forces conducted more than 200 exercises. Only 20 of them - with live firing. All were spent about 500 missiles. 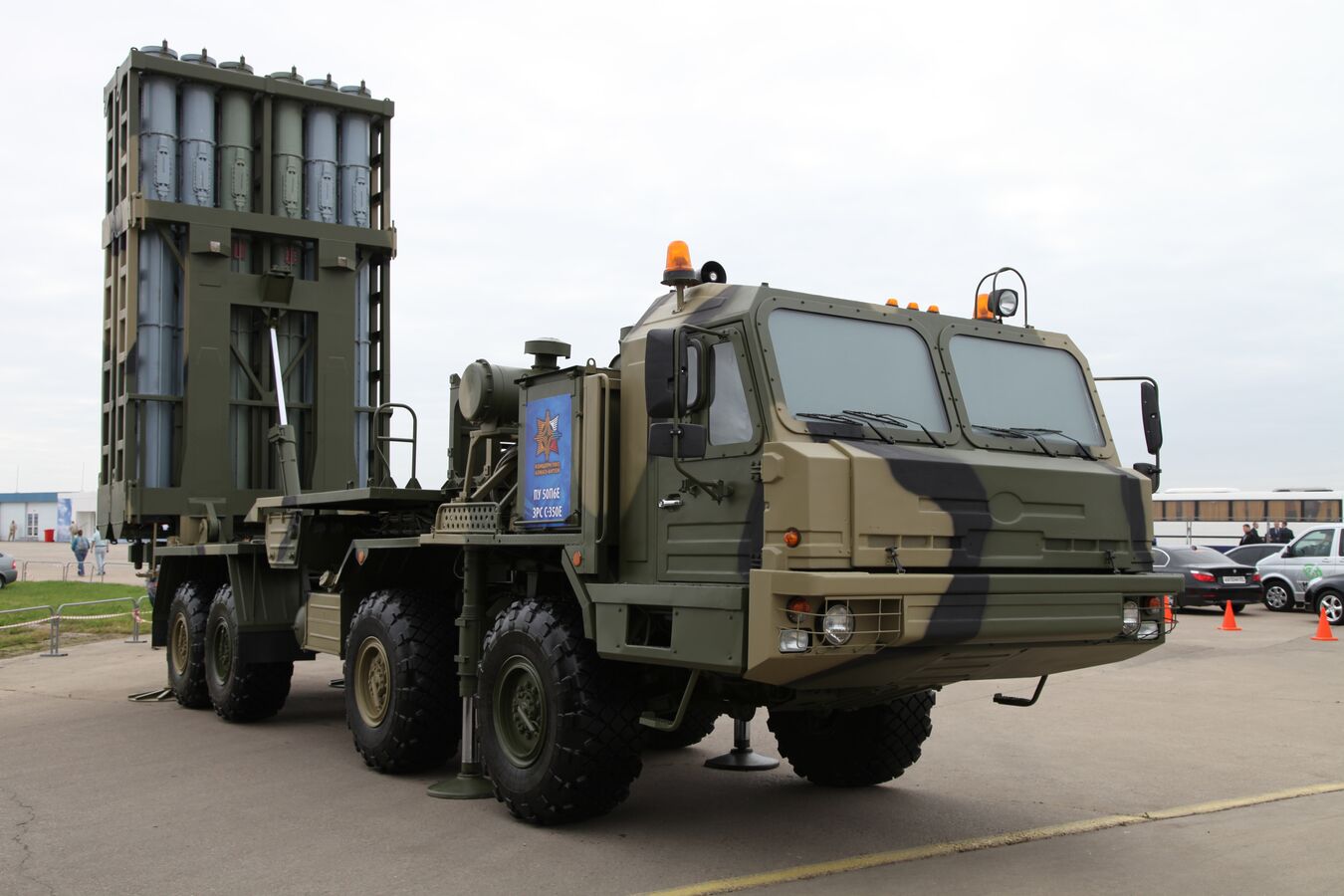 Good! Lets hope the pace increase on the next years
GunshipDemocracy

dino00 wrote:Good! Lets hope the pace increase on the next years

This can also mean that poliment redut is working in navy.

Just a reminder, Vityaz will be something akin to a deeply modernized KM-SAM, of which is far better than PAC-3 in engaging ballistic missiles. Here it is obliterating a ATCAMS ballistic missile:

dino00 wrote:Good! Lets hope the pace increase on the next years

This  can also mean that poliment redut is working in navy.

Judging by last few videos/tests, that is the case.
GunshipDemocracy

miketheterrible wrote:Judging by last few videos/tests, that is the case.

heh,then we can expect more 22350 in near future

miketheterrible wrote:Judging by last few videos/tests, that is the case.

heh,then we can expect more 22350 in near future

This entire time it was the missile that was the problem. After valuations it was determined to work fine with latest tests so that is why they put Gorshkov now into service. Hence why all of a sudden we hear of S-350 now in news because the 9M96 is finally working.
GunshipDemocracy

This entire time it was the missile that was the problem.  After valuations it was determined to work fine with latest tests so that is why they put Gorshkov now into service.  Hence why all of a sudden we hear of S-350 now in news because the 9M96 is finally working.

For the first time, the S-350 will arrive at the training center for anti-aircraft missile forces in 2019.

Before this, the personnel will undergo special training in order to relearn a new type of equipment.

"In 2019, the newest anti-aircraft missile system S-350 Vityaz will arrive for the first time at the Aerospace Forces. The complex is planned to be delivered to the training center of the Aerospace Forces air defense missile forces in the Leningrad Region," a report said on Tuesday.

Before this, the personnel will undergo special training in order to retrain for a new type of technology. The exact delivery time of the C-350 is not called.

“The state-run tests of the Vityaz-PVO S-350, designed to replace the S-300PS, are being completed with positive launches made on March 26. The production of the first serial kit started simultaneously, the delivery will be provided in 2019,” said Krivoruchko.

Disclosed the characteristics of the S-350 "Vityaz"

Disclosed the characteristics of the S-350 "Vityaz"


Is there any information what kind of guidance does 9M100 uses is it command guidance or ARH homing ?
Sponsored content