thegopnik wrote:give me time estimates guys when Bakhmut will fall so i can buy and get a champagne bottle ready.

Just plan ahead and buy a couple of cases.

Swedish name, Korean face, supporting Nazis, crying like a girl. Welcome to America.🤮
He was probably born with the name "Daphne" or something.. hehe

Speaking tanks, MacGregor said it would take anytime a Leopard2 vs an Abrahms due to the very low range (and so logistic problems) of the latter, which needs to be re-fueled every 4-6 hours of running.

PS: It is just me that cannot see anymore the "QUOTE" button to quote a specific single post?

The quote button has been removed because of some heated debates in the past. You need to quote manually.

In Kupyansk direction, artillery and army aviation have engaged the concentrations of manpower of the 92nd Mechanised Brigade of the Armed Forces of Ukraine (AFU) and the 103rd Territorial Defence Brigade close to Sinkovka and Kislovka (Kharkov region), as well as Novoselovskoye (Lugansk People's Republic) neutralising over 30 Ukrainian servicemen and two motor vehicles.

The AFU have suffered up to 90 Ukrainian servicemen killed and wounded, as well as two armoured combat vehicles, and three vehicles eliminated during the day.

Airborne Troops blockaded Soledar from the northern and southern parts of the city. The Russian Aerospace Forces strike at enemy strongholds. Assault squads are fighting in the city.

Up to 80 Ukrainian servicemen, one tank, three armoured fighting vehicles, and two motor vehicles were destroyed as a result of the shelling of units of the 61st AFU Mechanised and 17th Tank Brigades.

In South Donetsk direction, up to 25 Ukrainian servicemen, an infantry fighting vehicle, and two motor vehicles have been annihilated by a complex fire attack near Nikolskoye, Prechistovka, and Novoselka (Donetsk People's Republic).

Operational-Tactical and Army Aviation, Missile Troops and Artillery have neutralised a command and observation post of a battalion of the 57th AFU Motorised Infantry Brigade close to Artemovsk (Donetsk People's Republic). Besides, during the day, 74 AFU artillery units, manpower and military hardware have been hit in 113 areas.

In addition, U.S.-made AN/TPQ-50 and AN/TPQ-36 counter-battery radar stations near Artemovsk and Dzerzhinsk (Donetsk People's Republic) have been neutralised.

Speaking tanks, MacGregor said it would take anytime a Leopard2 vs an Abrahms due to the very low range (and so logistic problems) of the latter, which needs to be re-fueled every 4-6 hours of running.

The issue with the Leopard 2 is that it has been overrated and seriously underperformed on the real battlefield. Not some pew pew 'sign here for the sale' demonstrations.
https://www.youtube.com/watch?v=TDBl6E6lZ3E&t=77s

The issue with the Abrams is that it requires a huge logistics chain to fuel and maintain them, modern anti tank weaponry welcomes the heat signature of the (fuel hungry) turbine, the thing is massively overweight for the relevant infrastructure it should operate in or on. It did not really perform well in Saudi Arabia when it actually was matched with modern weaponry instead of rabid Afghan goats or a 30 year weakened Iraq army. For the standalone price of an Abrams you can introduce two T90's, who don't need a massive supply chain to keep them running.

For objectivity, the same guy made a T-90 rant version as well, https://www.youtube.com/watch?v=4Q83AIJCGaQ 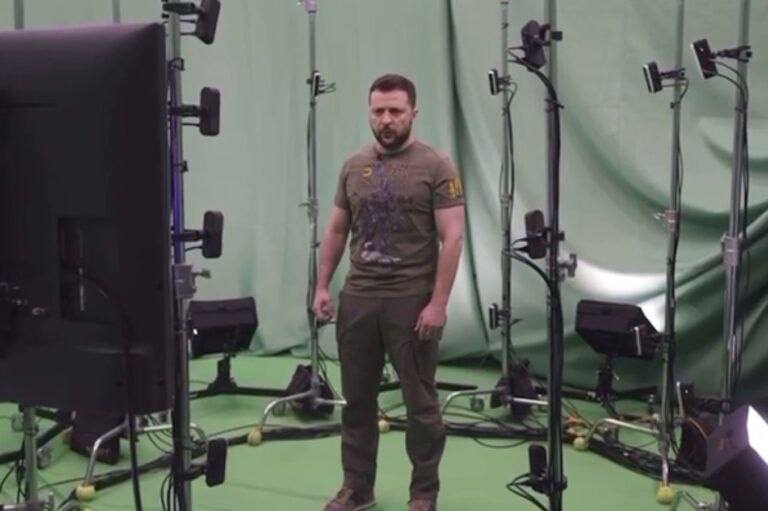 Zelensky visiting the cntre of Soledar.

Thats not the centre of Soledar.
Its obviously Red Square in Moscow!

Very ugly video. He killed them when they stoped fighting. It was a scary situation. The guy on the left wasn't even armed and they both looked like civilians and not trained military guys. He shouldn't have shot them. Very sad to watch.

ISOS, that situation could have changed completely

War is brutal - but that's what it is 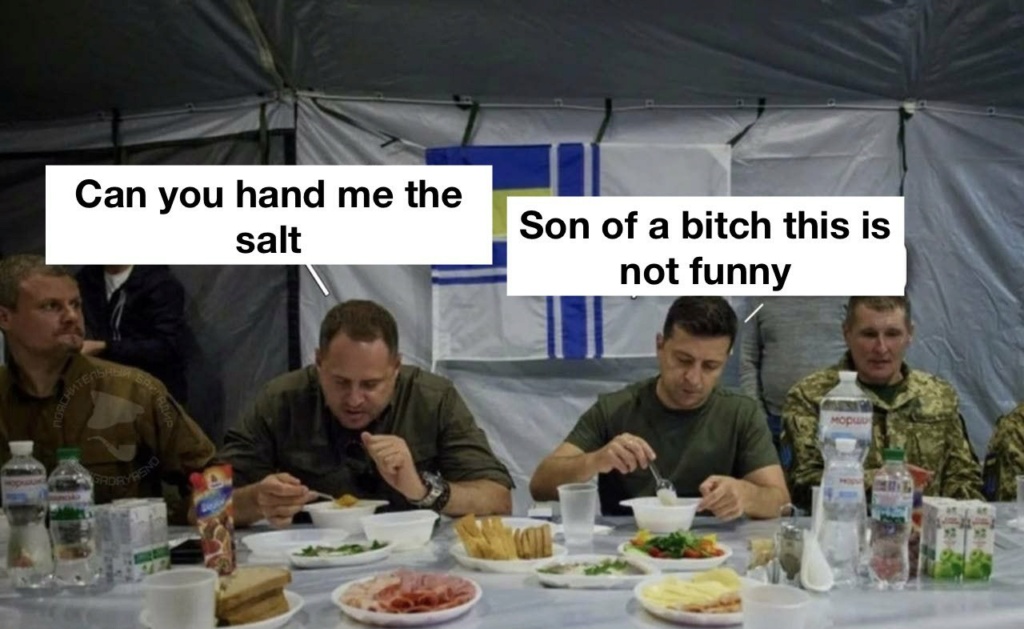 That soldier who cleared that trench, who is that?

As he puts his hand on the tree to catch a breath, I know that guy is having the moment flash into his mind - he didn't want to kill them as he tried to take the weapons but they were in disbelief as he runs up behind them they are thinking hes one of theirs

Crazy shit for sure

Russian soldier risked his own life by approaching them while they were armed to save theirs
Older one could have easily killed him several times during the brief exchange and tug of war over the rifle, imo the moment they refused to disarm he should have taken them out.
I do feel somewhat bad for the kid, or as much as I can feel for an anglo nazi boot licker,  he seemed to have finally realised what was going on just as he got taken out, but the old dude was still armed, so fully justified, its a war not a paintball match.