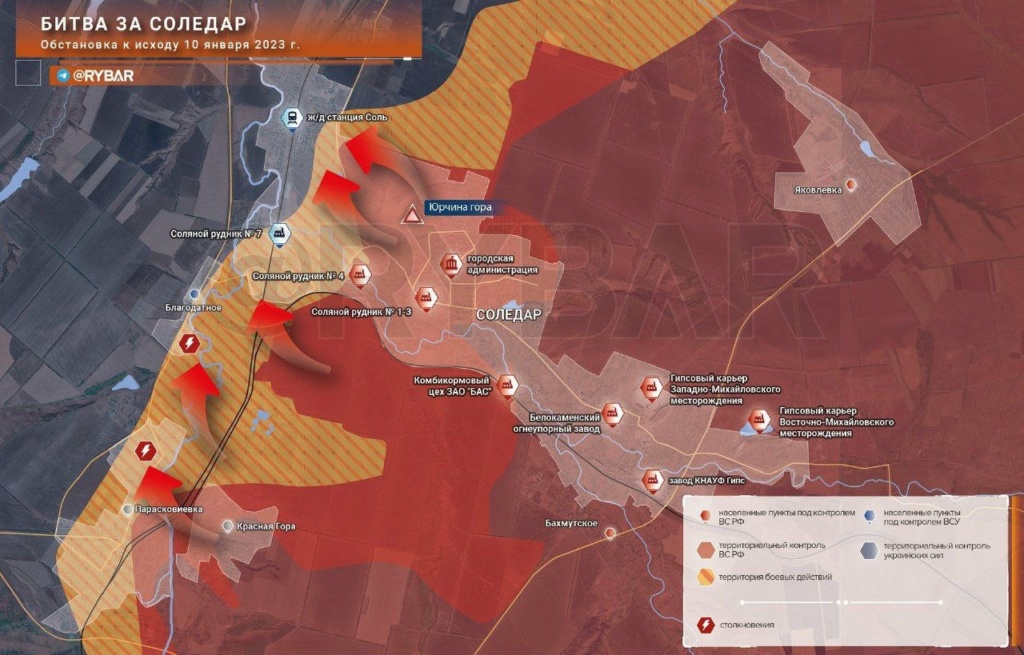 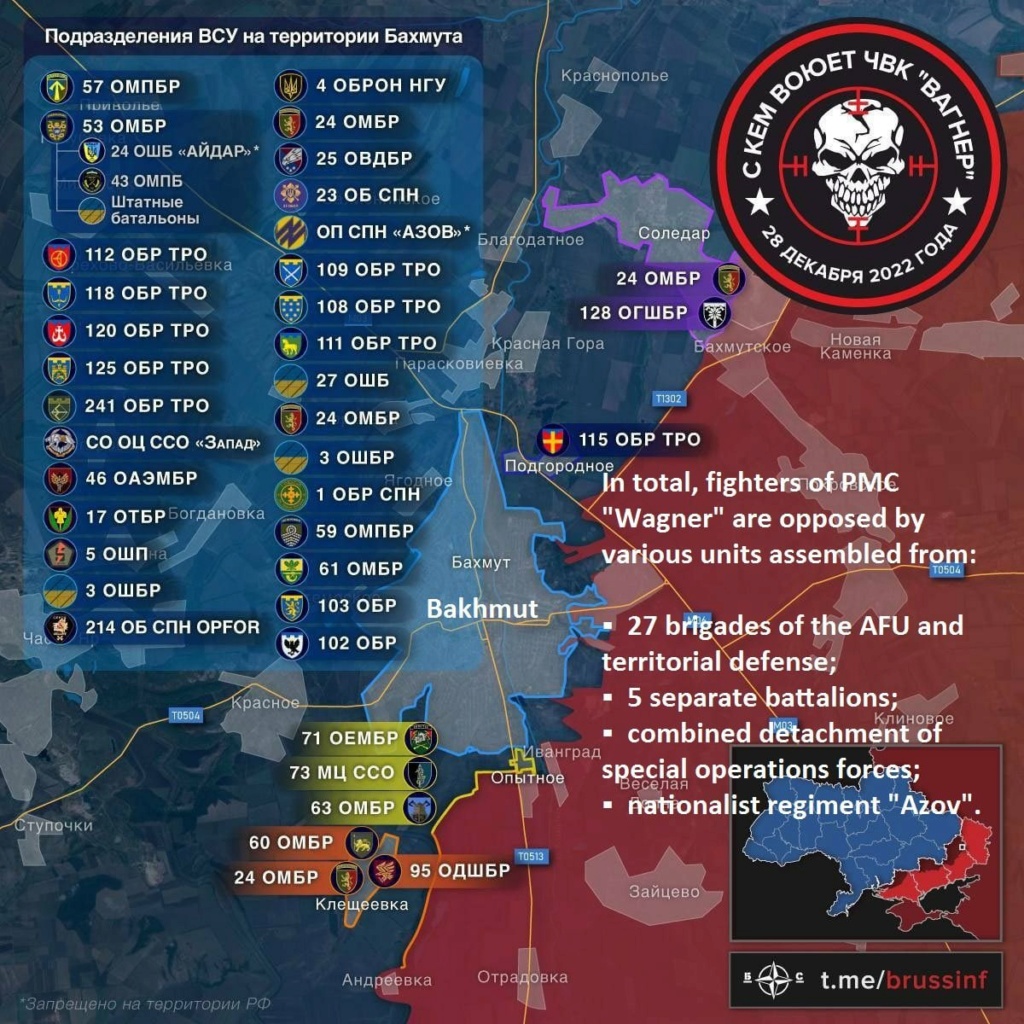 Short reminder: The whole Premier League stands against Wagner. And is loosing. 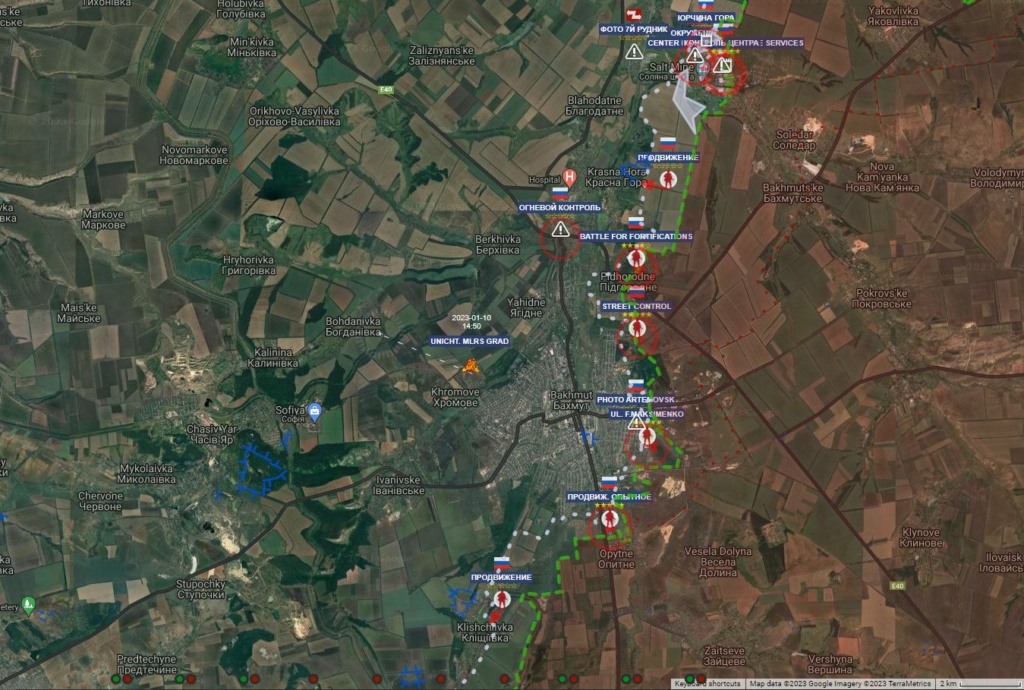 Moving forward along the entire line.

That would be Marinka, Avdeyevka, and Ugledar

With other settlements like New York and Toretsk also
Arrow 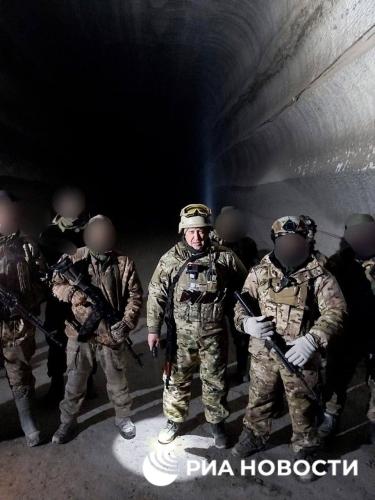 Sometimes...life is stranger than fiction...

So, firework warehouse is the new name for an ammo dump

But I admit it did look a bit like fireworks this time,

Then we have the excuses for the last few days 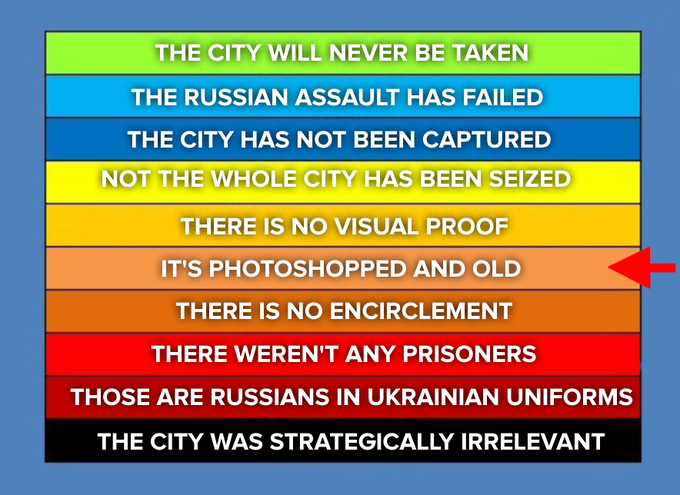 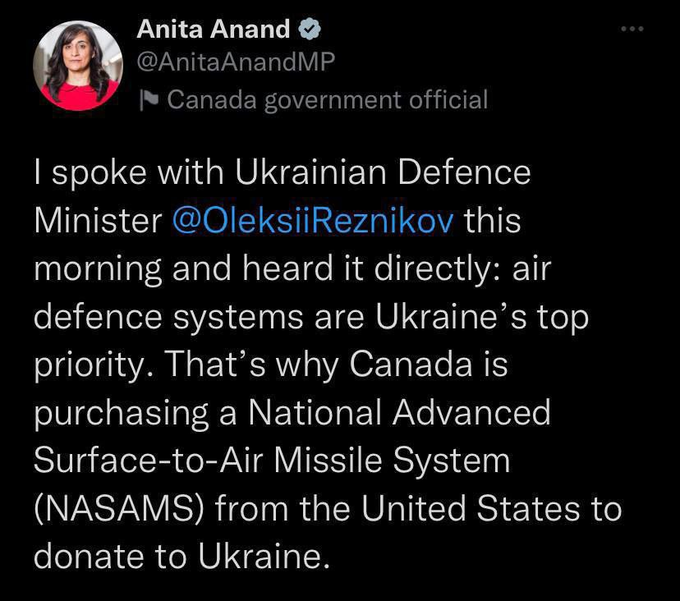 Russian attack Mi-28NM of the Russian Federation with the newest Izdeliye-305 LMUR missile flies in SMO zone, Jan 2023.
LMUR's maximum range is 14,5 km, it has optical/thermal imaging seeker, can be launched without target lock and target can be changed on-the-fly. 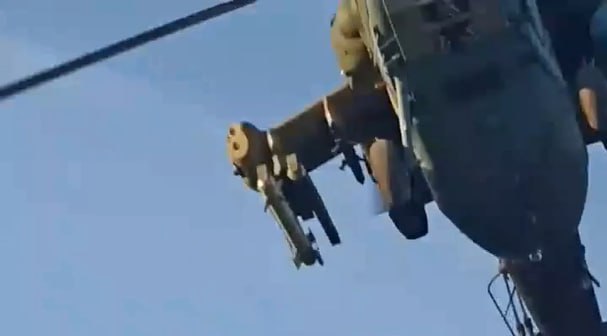 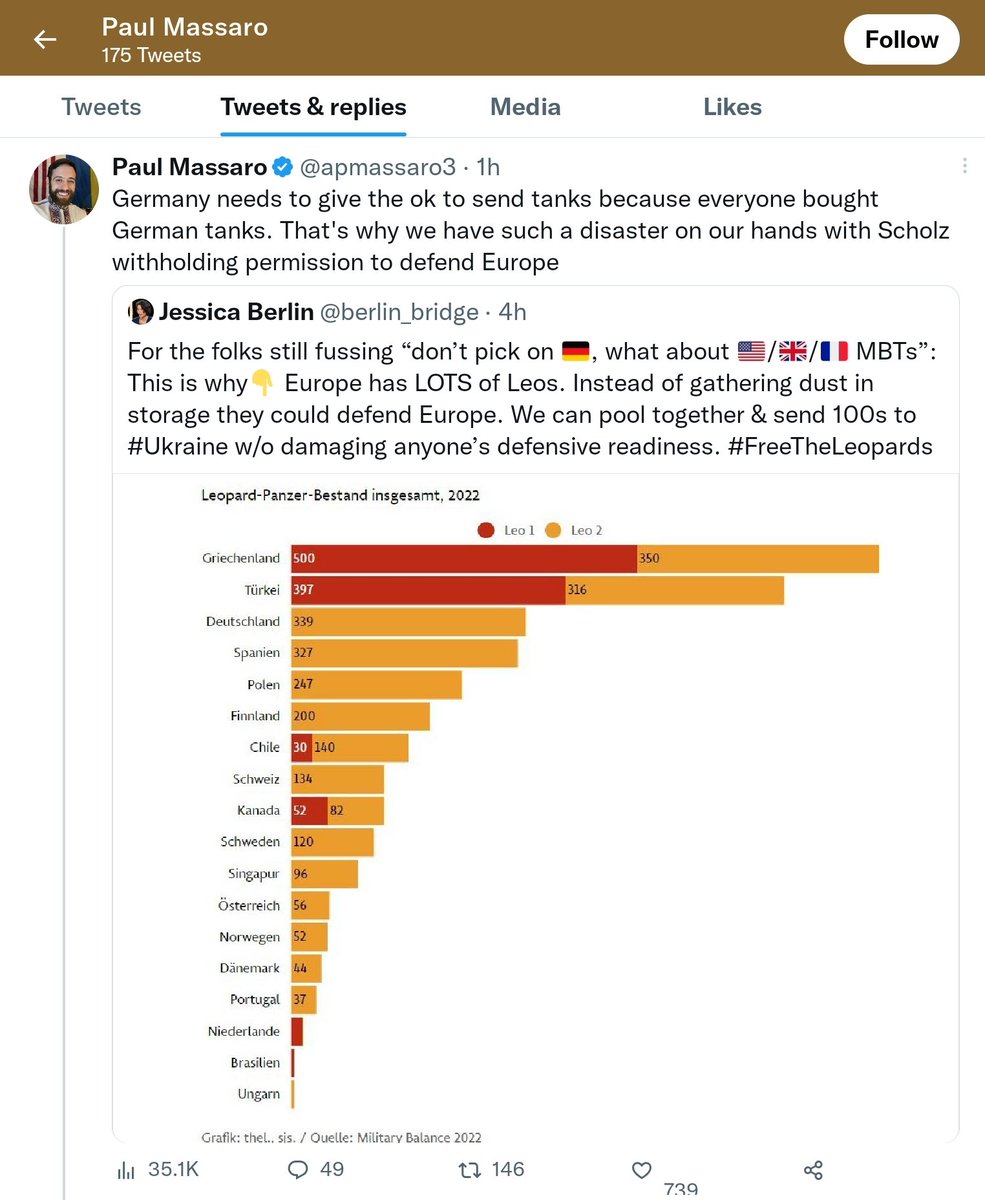 give me time estimates guys when Bakhmut will fall so i can buy and get a champagne bottle ready.

Depends on if there is a move to encircle Seversk or Bakhmut first.

I think this is actually the winter offensive, just the opening phase, potentially. I think there could be a minor expedition from RU forces in Belarus to tie down the AFU, but I think the focus is now on the Donbas and defending the south and the Luhansk line. 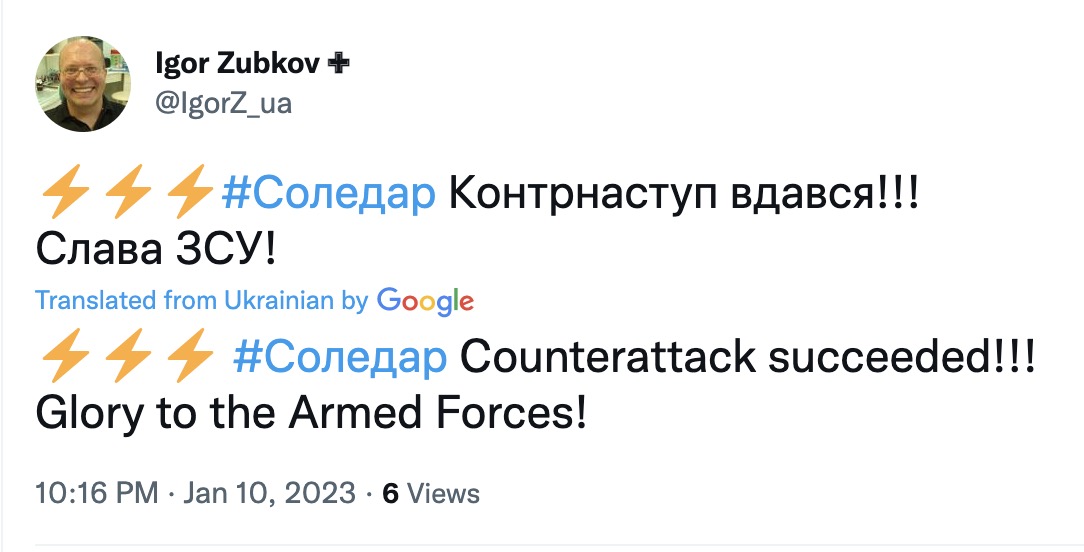 The cope is strong

thanks PhSt, wonder if GarryB will add a laugh button function later on instead of just the like or dislike button

Ukrainian soldiers are being sent to the US so that they can be trained to use the Patriot system.

Wonder how many will choose to try to defect and stay in the US...


Ideally, Russia should engage them with heavy artillery from stand off range.

Locate them with drones and launch anti armour rocket artillery would be the easiest way to obliterate them easily.


It's bizarre to see people refer to Bradleys as "BMPs" in English publications and posts when BMP means nothing in English and is just a translation of a Russian acronym.

BMP is an ancronym and means what the western equivalent IFV means, so BMP and IFV mean the same thing.

BMP was the first IFV really identified as such so BMP and IFV are interchangable with IFV being the western centric preference, which is why I prefer BMP.


Krasnopol will do just fine, or helicopter ATGM's.


It depends really. Do you mean conventional artillery range, GMLRS range, or what? I would think they need to at least get them outside even the extended range artillery.

Which is amusing because that means the longer the range of artillery they get from the west the further back from actual Russian territory the Russians need to push them to be safe.

They are wasting time with taking POWs from downtown Soledar, another pussyfooting bullshit

Exterminate them all and move on, they have plenty of TOS sitting there

Even after the Ukraine war Russia is to be employed as a full time tard wrangler.

Poles wanting to get involved later is not out of the question based on their build ups along with tweets talking about getting more civilians to be militarily trained and the funny part is there were some tweets of poles leaving the country over it.

Albanians stirring shit with NATO turning a blind eye to Serbia than they are acting concerned thinking Wagner is in Serbia and in African countries.

Assuming alot of Armenians are pissed off after their president losing some of their territory for being a pro-NATO faggot I will still be concerned over this dumbass until the next elections happen.

Turks wanting to start some Syrian campaign even when they are being shown for having cooperation with iran, Syria and Russia for bombing the Kurds I would still not trust them for funding the FSA before and they still do when all European countries including the U.S. stopped funding the FSA when they realized that it's pointless to take over Syria. defensehub.live is the forum I look at and I am sort of impressed with their military technology progression, but their country is also further distancing itself from the U.S. such as them requesting they wanted 12 more MRLS systems from U.S. the U.S. said no along with F-35, F-16 and other military deals and they just bombed the oil fields where the U.S. military was at in Syria.

Azeris of course started shit with Russian peacekeepers. In general Albania, Azerbaijan are close allies to Turkey than other countries, so that just causes me to raise my eyebrows.

PMC Wagner still gaining territory and I have heard that 400k+ Russian soldiers are outside the border of Ukraine still, than of course russia raising the active-duty numbers from 1,000,000 to 1,150,000. So, I hope all these tards think more than twice that only a small fraction of Russia's military power was demonstrated in Ukraine before they start acting up. I know that even when some parts of Ukraine won't vote to be a part of Russia they will forever be demilitarized with a Russian military always present in Ukraine. And since NATO wants to keep sending nukes closer to Russia the next best course of action is to have giant ground radar stations being built all over Ukraine to be part of the A-235 system.

Always interesting to see what they get, and living ones are more valuable than dead ones... especially if the negotiations can be done via back channels so they can get a better deal.

Besides if you just kill them then the others will expect no mercy and will fight to the death... I think Russian ethical treatment of prisoners is critical... if the Russians act like nazis then why would anyone trust them or support them over nazis?

When the war is over Russia needs to look back and say we gave them every chance to surrender and we acted like human beings even at times when they acted like animals... even animals don't kill their own to get favour from other animals.

Round them up and put them to work stripping concrete forms in Mariupol. Or whatever shit work that needs to be done.

Taking pows is never wrong. My only problem is them releasing Nazis and foreign mercs. Kids forced to fight? Show them mercy. Nazis who want to kill? They can surrender but they are going to be in Siberia for a very Iong time

Russkie tried the second after WWII.
Didn't work at all.

First of all, calls not to take prisoners are calls for a war crime.

Russia acknowledges that a lot of these guys - except mercenaries and azov scum - have been mobilized against their will. Deserting means getting shot. It's basically a hostage situation.

That is what I call a Golden Raspberry Award worthy performance. Looks like a diversity hire mercenary, not a real man.