and here the mighty US president at work.

Going West could mean the opportunity to bomb the living shit out of Lvov and similar cesspools. Might mean a very slight thing for the Banderite filth to consider as they cause shit in the East and Centrally.

I wonder how feasible an exclusion zone might be on the Western borders of the Pukraine.
Basically "if it moves, the bear blows it up".

Supplies into the Pukraine could be inspected and cleared via a predetermined city. So there would be no "humanitarian" justification for supplies from the West.

Maybe Nikolaev and Odessa could form part of the protection against supplies of arms from the West. The Central Steppe areas would be easier for Russia to control. Because in open space Pukrainian equipment is hard to defend.

My guess is to keep Pukrainian forces trying to move, then pick up pro Russian areas when the opportunity exists.

ludovicense wrote:Global Thinker
@talkrealopinion
According to insider Telegram channel MI6 informed Zelensky that Russia is now making own kamikaze drones. The capacity is 500/month but Russia aims for 100 new drones a day in 2023.
3000 in a month is no joke. There is no way NATO can provide Ukraine with this many surface-to-air missiles to shoot them down with.

I don't know if it's true, but in fact Russian drone attacks are increasing.

On the one hand yes, they make an excellent substitution to iron bombs probably costing less than a sortie with the dumbest cheapest bombs you can find. And more accurate, with real-time video at that.

On the other hand this heralds a whole new mini-revolution in warfare, and it's one Russia has to watch out for and soon. Because nothing prevents NATO from copying the idea and churning out thousands of these things themselves to supply to the Ukraine. In fact we should assume this will be done within 2 months.

Russia needs its anti-drone defenses ready by then. Chiefly EW means. The gammut of them ranging from portable anti-infantry weapons to heavy vehicle and aircraft mounted means. Maybe even EMP shells, as were rumored to be in trials for the Msta-S or Koalitsiya systems; so that drones can be knocked out even with artillery.
Also, if there are any cheap AAA defences with optical/radar automated guidance for engaging small drones, preferably with air burst shells - then it needs to get as much of those out as it can to units in the field as well. The 57mm cannons will be too much to ask for of course. But at least the Zu-23-2s, Shilkas and Tunguskas purposed for mobile defense and equipped with working radars.

What I'll say for the Ukrainian military is that after 8 months of bombardment - they are far more accustomed to camouflaging themselves from the air and moving about undetected then Russian units will be. It's harder for Russia to find targets among them, then it would be for them to find targets to hit among the Russian forces - who have enjoyed air superiority and a great deficit of enemy precision capabilities to date.
This is something that Russian command needs to deliberate on and find counters for ahead of time. And there isn't that much time.

Putin will lead the counteroffensive to Kiev!!!

Repair work on the Kerch bridge... wonder if welding inspectors are needed

and here the mighty US president at work.

This stupid, senile old man only knows how to eat ice cream?

US lawmakers are discussing a $50 billion aid package for Ukraine. The warmongers have found their next forever war.

It is in Russia's interest to keep the West divided. But the Ukraine conflict has brought the west together.

This is why China too is upset with Russia as they also want a divided west.

zorobabel wrote:US lawmakers are discussing a $50 billion aid package for Ukraine. The warmongers have found their next forever war.

Ukraine doesn't get the money, it goes straight to the US MIC and other people with their snouts in the trough.
Most of the money the MIC gets, is laundered as R&D costs, with a small amount actually going into weapons production.

That's how they managed to blow a trillion on the F-35 project.

It's all about milking the US tax payer, who doesn't really care, because the US just conjures more USD debt instruments to cover it, and sells them to suckers like China and Japan, or pension funds.

It is in Russia's interest to keep the West divided. But the Ukraine conflict has brought the west together.

This is why China too is upset with Russia as they also want a divided west.

It brought the US and Europe together, yes, but will it last the duration of the conflict?

It would seem the only way the current dragging on of the conflict makes sense is if Russia is betting that eventually (come this winter?) they can cause even more of a shitstorm in European political circles, plus get rid of the Democrats in Congress in the US.

I call it desperation.

His brain is literally starving for glucose because of insulin resistance. That is why there is a craving for sweets and ironic that
high blood glucose levels are not feeding the brain the energy it needs. He needs to go on a ketogenic diet and feed the brain
ketones. But he, like the vast majority, are told lies about metabolism. Dementia has a cause and it is not old age.

famschopman wrote:Like ... encircling Kiev from West, North and East. Cutting off the supply routes from Poland. Assuming the black sea is quarantined by Russian navy, then they only have Romania, Slovakia and Moldova. Tricky.

Not for long, the push from the South will come. 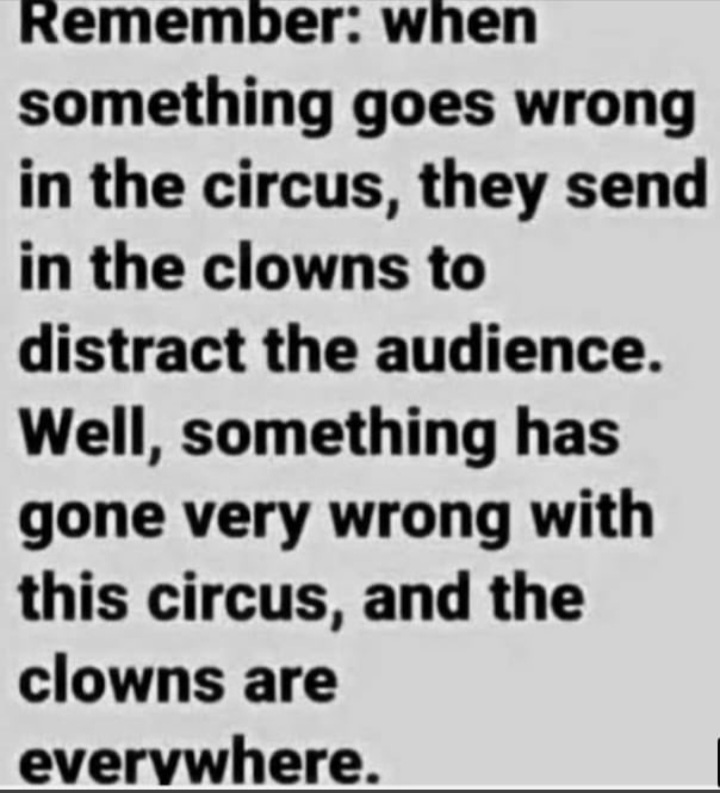 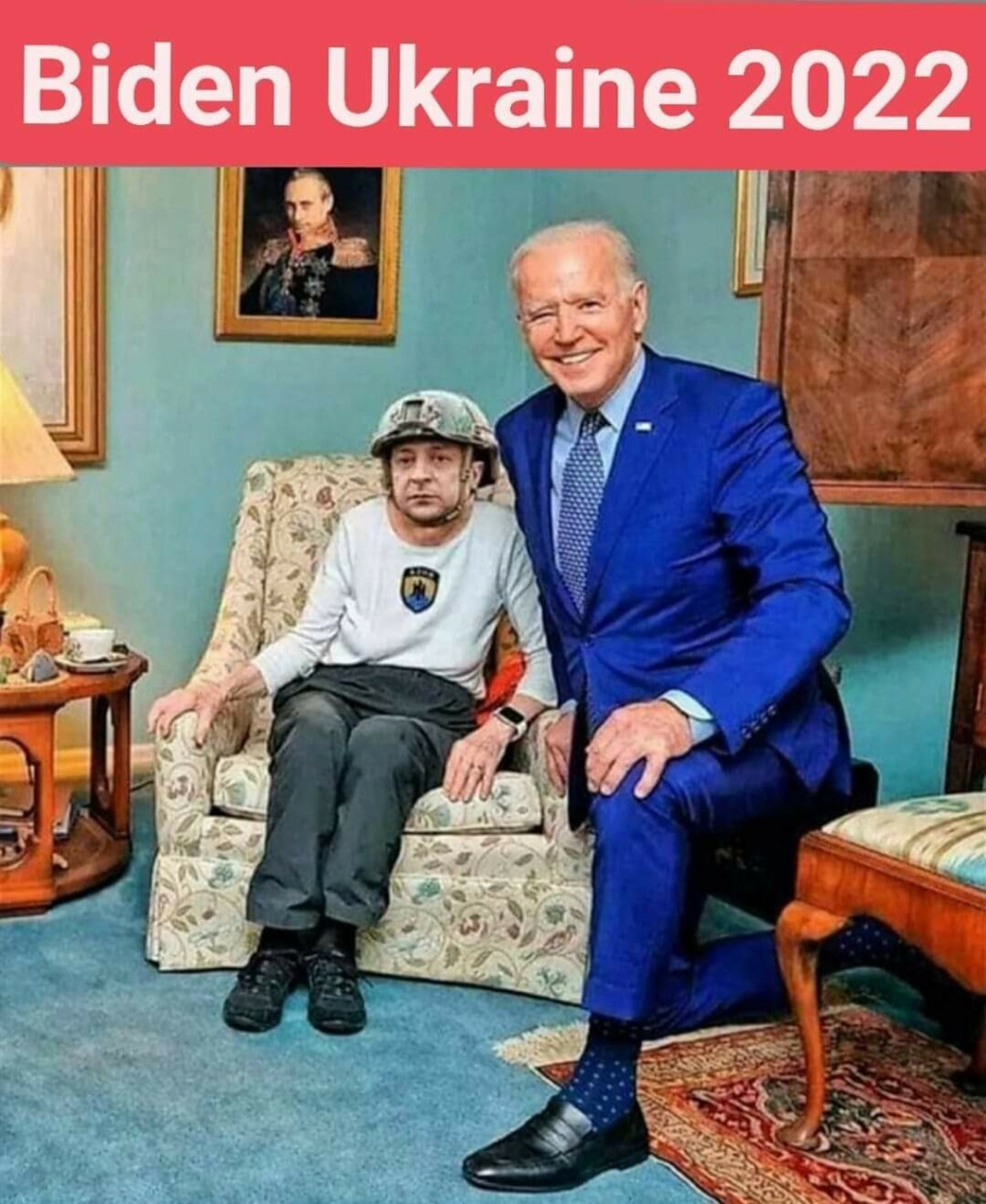 I am still waiting on poland to do some stupid shit later, I don't think they are going to back off from Russia taking volyhynia and east galacia.

A false flag doesn't matter Medvedev has already called their bluff and Macron agrees Russia can tactical nuke Ukraine without a response. More bullshit from the West.

The core problem there is that being wrong has never stopped them from doing stupid things before...

Sanctions are not working... we need more sanctions...

Sanctions making Russia stronger and more independent from our power... we need more sanctions because that is the only call we know.


If I was the US I'd find a way to salvage anything and cut my losses, but this feels like total desperation and inevitable self-destruction - which I'm fine with - but I just cannot put the pieces of this puzzle together. It doesn't make sense in any way.

The Alpha dog rarely knows how to back down... in this case I think it will kill his bitch (EU).


It seems they come to this forum to find some idea. I already said a heat warhead with very little penetration will be able to take out any tank from the top. And if it can destroy tanks then it can destroy anything.

Of course, they are idiots and don't know what they are doing and have to learn from experts like the ones here to work out what is working and what is not working... except the development time would suggest they worked it out a while ago... maybe they get feedback from the front line about their own weapons and hear the comments of the troops using their products and respond to those opinions and requests like they have done for perhaps more than a century?


Living in Africa does have it's benefits

Yeah... all this winter is coming is funny in the southern hemisphere where Summer is coming...


Basically a victim of the backfiring sanctions on Russia, specifically the gas embargoes.

But also surely also being a Female Boris equivalent... at least she knew what a hair brush was for...


Can MANPADS shoot these drones down?
They might be able to supply those.

Most are too small and the early Iglas and Stingers don't have proximity fuses and will just fly right past if they don't make direct contact.

Plus the core reason is that most drones don't have strong IR signatures so getting a lock over any distance is very difficult.

Lancets also appear to fly very low and the dive to the target is very shallow too so most MANPADS would struggle with such targets because of ground clutter (ie IR distractions on the ground) and any proximity fuse might be set off flying past a tree or a bush.


Got to appreciate that artist, he sure did draw Zelensky to look exactly like the asshole he really is.

He is a cartoon character...


Only an imbecile must believe this nonsensical propaganda about the Russian Orcs, looting and pilleaging because they can't produce anything themselves.

Will the highelf council declare a fellowship to go to mordor and toss the precious cameras into the pits of Mount Doom?

Not even new... during WWII there are western claims that Russian conscripts were stealing light bulbs and taps from houses thinking the lightbulb is where the light comes from and does not need to be wired up to work and the same with the taps... they can take them home and install them and they will work...


Btw Ukraine is finishing design of its own strike drone with the 1000km range and 75kg warhead, apparently it will be answer to Russian current strategy.

The Russian made drones are successful because the Ukraine air defence is broken and patchy and their radar coverage is weak.

Ukraine building drones is a total waste of time and energy because more Orc drones will meet the same fate as past Orc drones... they shoot them down.


Sweden should think a bit more about the risk of Islamists, faggotry and creepy feminists.
Russia wouldn't need to destroy Sweden, the Swedes did it themselves.

Replace Sweden with "The West" and that still holds true...

Russia is not trying to destroy the west, the US is doing that for them.

Kiev not knowing what is happening is making me happy...