lancelot wrote:The US probably extracts the larger hydrocarbons from the natural gas before they liquefy it.
The gas Russia is exporting to Europe via pipe has those.
These hydrocarbons are useful for several purposes including making plastics or medicine.

Not for long.
This is why the giant chemical plant was constructed at Amur, and second one here in the west.
But yes, BASF made a huge cash only for reprocessing that gas volume to clean it.

lancelot wrote:The US probably extracts the larger hydrocarbons from the natural gas before they liquefy it.
The gas Russia is exporting to Europe via pipe has those.

These hydrocarbons are useful for several purposes including making plastics or medicine.

Seems the US has a well developed natural gas processing capacity. It would make sense to make LNG from
processed gas. 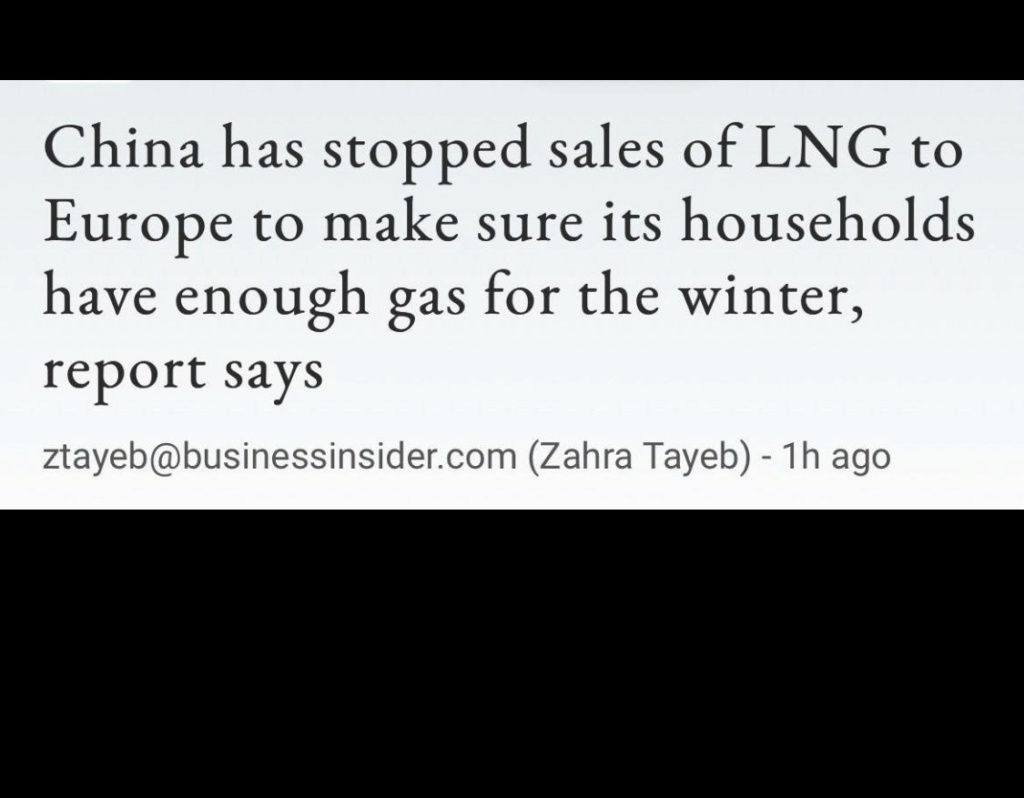 The elephant in the room of the Turkish hub is no spare pipeline capacity and it is called Southstream. This is the lever Russia holds over both Turkey and Bulgaria.

Currently all those pipelines out of Russia are running at full capacity and it will take years to increase it. The pipeline up into the EU via Bulgaria is maxed out on Serbian/Hungarian contracts.

If as a result of the probable collapse of Ukraine is a fracturing of both NATO and the EU then Bulgaria/Romania/Moldova come into play. Interesting times ahead, clearly not part of the US's game plan

Meanwhile the EU flails on trying to avoid the obvious solution with all its (failing, as who will fund them with rapidly falling tax revenues across the EU?) might.

The EU is planning to examine closely the question of creating a European cartel for gas purchases. At this time, it will coordinate only 15% of all imports.

Since the gas price ceiling mechanism has not been implemented yet (and probably won't ever be), the EU authorities have decided to approach this problem from a different angle. It is a good idea: joint gas purchases would allow them to put the seller under pressure because the volumes are higher. However, this scheme only would really works in the case of contract purchases, while the Europeans themselves lobbied for a switch to spot purchases. Centralized purchasing would indeed bring the price down a bit, but it might even become more expensive for the end consumers due to the famous European bureaucracy.

The European cartel will be a huge and clumsy structure, which will hide behind endless regulations and suck money out of the wallets of European taxpayers because another army of clerks will have to be fed. And as more countries join this cartel, so more cumbersome the structure will be. As a gas exporter, there is no difference for Russia as to whom sells to, especially if all the flows go through the Turkish hub. Europe will be in direct contact with Turkey, so the price will be set at this level as well.

Purchasing cartels are a moronic joke. Clearly the concept is based on the notion that commodity exporters are banana republics
and are fully dependent on revenues from exports. Anyone who thinks this applies to Russia is a f*cktard. Then we have the
show stopper detail that the world will not sign up to a NATzO purchasing cartel. Thus there will be demand at market prices
outside the cartel. It is completely asymmetric from a supplier cartel. The latter can leverage control over supply whereas
a purchaser cartel that does not control all of the demand cannot exert any coercion.

Europe can end the lack of gas issue any single moment.
Yamal is there.
And one line od NS2 is there either.
This shit is pure politics at the expense of the Europeans.

Moreover, the tribunal declared the decree by the Russian president dated March 31, 2022, on the shift to payments for gas in rubles a force-majeure circumstance under the contract, confirming the legality of suspension of gas deliveries if the buyer fails to pay in rubles

MOSCOW, November 17. /TASS/. The Arbitration Court of Stockholm recognized the Russian President's decree to switch to paying for gas in rubles as force majeure under the contract and also obliged the Finnish Gasum to pay Gazprom Export a debt of over 300 million euros for gas supplies, the Russian company said in a statement on Thursday.

"On November 14, 2022, a decision was made following ad hoc arbitration proceedings in Stockholm between Gazprom Export and the Finnish company Gasum Oy. In its decision, the arbitration tribunal, among other matters, obligated Gasum to repay a debt worth over 300 mln euro to Gazprom Export for gas supplies and due to failure to fulfill the ‘take or pay’ obligation, as well as interest on delayed payment," the statement said.

Moreover, the tribunal declared the decree by the Russian president dated March 31, 2022, on the shift to payments for gas in rubles a force-majeure circumstance under the contract, confirming the legality of suspension of gas deliveries if the buyer fails to pay in rubles, Gazprom Export noted.

The court ordered the companies to continue negotiations on the contract to settle the situation with further deliveries, the Russian company added.

On Wednesday, the Finnish state energy company said it was not obligated to pay in rubles for Russian gas according to a ruling issued by the arbitral tribunal, and that the parties should continue their negotiations to resolve the situation with supplies.

In May, Gazprom Export suspended gas supplies under its contract with Gasum due to the Finnish side’s failure to pay for April and its refusal to pay in rubles. After that Gasum said it would not fulfill Gazprom’s demand to pay for shipments of gas in rubles, adding that it had decided to file a petition in court for an investigation on the current contract with Gazprom Export, which expires at the end of 2031. In response Gazprom noted that it would protect the company’s interests in the arbitration using all available means.

In 2021, Gazprom Export supplied 1.49 bln cubic meters of gas to Gasum, which amounted to two-thirds of the total gas consumption in Finland.

Instead of pipeline gas, Finland started purchasing LNG from the Cryogas-Vysotsk LNG facility owned by Novatek. As the Chairman of the Management Board Leonid Mikhelson said at the St. Petersburg International Economic Forum, most of the gas from Vysotsk was going to Finland.

From a German MoA poster on the electricity problem already there and coming. My highlights.

The lack of gas is hitting them hard already although that seems to be kept quite quiet. Hope for Europe's sake that there are emergency disconnect switches on the Ukraine/EU transmission lines.

You wanted to know if things are really that bad in Germany because of the power supply. I have a nice toy for you, with which you can check it yourself. Before that, a few introductory words.

Our politicians are convinced to be smarter than physics. Even though the political leaders often have neither a professional education nor a degree. They were also not attentive enough in school. Otherwise, they would know that at every second exactly as much electricity must be generated as is consumed in order to keep the grid frequency of 50 Hz stable. Small deviations up or down, i.e. 49 Hz or 51 Hz, lead to emergency shutdowns.

Germany wants to be the world champion in renewable energy and the politicians think that if you build extra wind turbines and shut down coal-fired power plants, it will somehow work. Even my little son understands that it doesn't matter whether I have 100 or 1,000,000 wind turbines. If the wind doesn't blow, there's no electricity. And the wind only blows for 2,000 hours at most in Germany. But the year has 8760 hours.

But it is even worse. There is no national power grid. It's a European interconnected grid. A blackout in one country can therefore drag the whole of Europe into the abyss. While people were happy to have Ukraine integrated in March, they are now realizing that the idea was probably not such a good one after all. Experts now believe that a Europe-wide blackout could occur. Duration 2 to 4 weeks. If that happens, we'll all be living in the Stone Age. Not like in the Middle Ages. At that time, people still had the tools and knowledge that no longer exist today. Except for the Amish in the USA.

Here you can see how the power generation in Germany is composed. https://www.smard.de/home If you click on the box "Compare market data interactively", you can choose any time period. The upper red line shows the required electricity. Below it, you can see how much electricity was generated and from which sources. You can see that gas and nuclear power play an important role. You can also see that the generated electricity is not always sufficient. So it had to be imported.

It is actually a matter of luck that our power grid still works. This is shown by the number of redispatch measures. Redispatch is intervention in the transmission system to prevent a collapse. Fifteen years ago, there were only 3 of these per year. This year alone there have been 10389 to date, so about 32 per day to prevent a blackout or brownout.

It's a dance on a razor's edge that could end any day.