There are photos out there of claimed Iranian BM launches, they seem to be old footage.

A second wave of missile started. The first was over like 1h ago.

There are not even alarms going off prior to impact so far ive seen in impact video's.

And no Patriot's firing, they got caught with their pants down. I sort have seen this level of failure somewhere before.....

Here is one i found:

ELINT News
@ELINTNews
·
4 min
#BREAKING: Camp Taji (where US forces are based) been hit by ~5 rockets, according to a military source to
@CarlaBabbVOA

There are not even alarms going off prior to impact so far ive seen in impact video's.

There was a training alarm in one base like 5 or 6 hours ago. And it seems one missile was destroyed in the air, but nothing confirmed. Probably a lie.
JohninMK

CNN’s Barbara Starr reports that Pentagon officials have been hard to reach “because they were sent home early for what was supposed to be a major snowstorm.”

kvs wrote:Iran can pay in gold or other valuable goods for whatever it needs.  Iranian fiat is not the only option.

Russia can use the Caspian Sea as a backdoor to help Iran.  Iran can ship its oil to Russia via the Caspian and Russia
can sell that oil and give Iran whatever currency it wants for it.   The main thing is for Russia to block any
UN approval of sanctions on Iran.  The US can make up all the sanctions it wants and Russia is free to ignore them.

I am sure that Uncle Scumbag will go for the jugular of trying to block Russian resale of Iranian oil, but Russia
can play dirty and threaten to stop selling oil at all.  That would remove at least 7+2=9 million barrels per day
from the market.  Saudi Arabia, unlike in the past, cannot dial its production to fill such a huge gap.  The gasoline
price in the US will shoot up enough to cause the a 2008 meltdown all over again.  Trumpy and the Congress chimps will
have to decide what is more valuable to them.

Russia does not need to sell Iranian oil, they can use almost all of it for domestic consumption...and they can export Russian oil

Nothing I wrote excludes this option. The point is that the yanquis and their minions will try to sanction anyone buying and selling
(exchange included) Iranian oil.

He'll be in for a rude awakening. Iran did what Serbia didn't.

ELINT News
@ELINTNews
·
2 min
#BREAKING: Senior US military source in Iraq to Fox News
@JenGriffinFNC
: “Under missile attack from Iran. These are either cruise missiles or short range ballistic missiles. All over the country.”

I can see the US throwing a tantrum at the UN tomorrow demanding the world "acknowledge Iranian terror".
Because yanquis are exceptional and there is on set of rules for them and another set for everyone else.


Some other unconfirmed reports say 6 US jets are flying from UEA yowards south Iran.


Ranj Alaaldin
@RanjAlaaldin
·
2 min
A major development amid reports of US jets leaving their base in the UAE: it has been *confirmed* that Iran's Air Force has taken off from its bases. This risks becoming a full-scale war between the US and Iran.

ATLASCUB wrote:Russia won't do any of those fairy dreams for Iran.

Russia is not the USSR, its elites are not the elites brought up with a different world view 50 years ago. Putin's head will roll on Kremlin Square before oil production is stopped to help the Iranians.

As for arms sales... anyone only needs to go back to Russia's embarrassing behavior with the Iranian S-300's to see how weak and misguided they're at the top. Hoping for browny points with the U.S only to be slapped. Submissive behavior, unprofessional behavior, cynical. If they don't even do it for Syria when Israel bombs them freely... the country that's home to two of its bases.... the very one that prevents a GAS a pipeline crossing Qatar all the way to Europe... why would they do it for the Iranians?

Not to mention, the Russian elite are scared shitless of the empire and that sentiment reverberates in every decision they make. At least that elite understands self preservation which is why the army was given a lift. Russia defines itself through the Empire and in opposition to whichever empire rules the world at any given time. It never truly leads as a nation. And that's a sad reality. Without the empires it wouldn't know what do with itself geopolitically - except expand geographically... a very messy and basic way of absorbing power. It's a cultural thing. The USSR was the only truly global push of Russia as an empire and they flopped 50 years after WWII.

Yeah get out of here man

There's reason why Putin paid a surprise visit to Damascus this past evening.

He's letting US and Israel know that this country is out of bounds for whatever conflict they have with Iran.
flamming_python

The situation is very dangerous and I hope WW3 is avoided

But
The ABC interview with Iranian FM is fking awesome

For now you can scroll back here
https://www.youtube.com/watch?v=dNCI18p9wSw
Vann7

iran indeed.. need nukes.. it will change dramatically the tone of washington dc...
but over anything.. iran needs submarines with nuclear reactors.. that can reach any part of the world..
that will truly scare them , since will allow iran to strike us mainland too..

im not promoting any war.. but unfortunately ,the world we live..
the only thing that keep nato major powers , to respect other big nations is when they have a strong
army with lethal force..

when it comes to iran missiles now... how effective iran can be depends on the precision
of their missiles and how many...  if iranians don't have precision , then it could fire a million of them and will not do anything.. but also need enough missiles...   if adversaries have patriots with 100 interceptors missiles..
then 100+1 ballistic missiles will penetrate their air defenses... this is in the case ,the patriots never miss..

what could make a major difference in iran performance is russia and china assistance to iran..
with logistics intelligence and satellite guidance to their missiles and lot of information of nato positions in the zone..

us generals know a war with iran can't be won if russia and china helps iran ..in secret..  as they did in the korean war..  so an invasion on iran by us troops.. is out of the question they learned their lesson
very well in north korea invasion.. that american troops and atlantics allies invasion ,ended being wiped
and american airforce crushed over north korea skies.. by russian pilots..in korean uniforms.

so the only thing trump can do ,is destroy iran facilities and important infrastructure and nuclear reactor too..
but not ground in vasion.. if us use nuclear weapons can defeat iran killing millions.. but that will destroy their
image world wide ,since they provoked/started the war.. and iranian were only retaliating at them..
so is a lose/lose.. the options american generals have...

what they will more likely try to do is target iran most important economic facilities.. so that when the missiles firing ends.. they will face major problems on its economy..   there is also a potential risk of losing a warship too.. by iran.. when travel in the closest area of the strait of hormuz.. that is only about 15km -25km distance ,what iranian missiles  will need to travel to strike at american warships..  it will be easy to hit american navy
when entering the persian gulf.. and iran with mines can close it many times.. very easily. so it will have a major impact on us dollar value and economy.

the most clever decision iran can take is the decision with the help of iraq parliament.. permission,, they can invade iraq with their army. to remove american military bases from there... and after that move to syria an repeat... that will be epic.. because in order to counter iran.. trump will need a huge army ,bigger than the one they used in invasion of iraq.. and congress will not want to go there again.. the massive cost on us economy to send a huge army to iraq again.. to lose in the end.. if russia and china supply endless weapons and intelligence and logistic to iran..

so us military will see it will not be worth of it.. to fight a full scale iranian invasion on iraq..
with russia and china supplying iran in the rear flank.. and will ahve to take the painful decision to leave..
which will be what americans citizens wants..but an humiliating solution for them..

this are as simple as this..
if pentagon go in a full scale war with iran.. it will show all the cards..everything or nearly everything they have to russia.. so russia will learn a lot of valuable information from us signals and communications ,stealth planes and missiles.. and they will not like to waste their energies fighting iran ,with russia and china in complete comfort positions behind them.
PapaDragon

He'll be in for a rude awakening. Iran did what Serbia didn't.

PapaDragon is here, worry not

Not even USSR had the balls to even try


JohninMK wrote: ....CNN’s Barbara Starr reports that Pentagon officials have been hard to reach “because they were sent home early for what was supposed to be a major snowstorm.”

I will take "malarkey" for 500 dollars, Barbara


Airbornewolf wrote:There are not even alarms going off prior to impact so far ive seen in impact video's.
And no Patriot's firing, they got caught with their pants down. I sort have seen this level of failure somewhere before.....

Was about to say it, their stuff was either switched off or isn't working at all


Fun night ahead, Iranians finally did something after 40 years of tough talk (they should have given Democrats extra week to block Donnie's options in Congress before going ballistic but this works fine)

Iran should clear out barracks and disperse personnel, USA loves to go for high bodycount on first night, they tried it here but no luck (for them)

Win-win situation ahead, I am upgrading this to 4 bags of popcorn out of 10

I stand corrected on my earlier prediction that Iran would do nothing. Whaddya know, the mad-lads yeeted some IRBMs at US airbases. That's some balls to the wall courage that is definitely commendable.

Saudi's will be reevaluating just how much Uncle Sam can guarantee them right about now. Consider the US myth of invulnerability to anything but the most sophisticated attacks vaporized yet again.
PapaDragon

Don't know source so add salt as required, might be BS, it's early days: 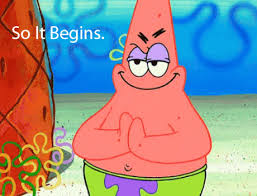