Mindstorm, So why Russia will develop the next generation bomber, which is subsonic speed and uses stealt technology. If the supersonic bombers like Tu-160 have more advantages? Despite this, Russia is developing a flying wing model.

Promising "strategist" PAK DA will go into service until 2027

"In accordance with the State Armament Program, up to 2027, modern weapons and military equipment will be put into service, which in their characteristics are not inferior to the best foreign analogues, and often have no analogues in the world. The strategic nuclear forces will receive: strategic missile submarines" Borey-A, "a promising long-range aviation complex, strategic missile systems, fixed and mobile,"

Not going to happen but

It could, but I think promising meant PACK DA, it's just overoptimism, nothing we didn't see before.
GarryB

What is the problem... 2027 is some time away, they decided some time ago that the PAK DA was going to be a flying wing design... assuming it is a fixed wing flying wing the hardest part will be the centre box structure, but as they clearly have designed and built a forge to allow the titanium centre box section for the White Swans swing wing central structure to be built they clearly have production facilities to build a major part of a new flying wing bomber in one piece.

Perhaps service in 2027 is optimistic, but as most of the components will be pretty much the same as those fitted to the new model White Swan I don't think it would be that far fetched... they are unifying the systems and radars and equipment and weapons for the Bear, the Blackjack and the Backfire... using a further upgraded suite of equipment for the PAK DA makes sense and should speed things up.

GarryB wrote:What is the problem...

I am not even sure they should build them, I would like more an hypersonic one.

In Russia, they want to create an unmanned strategic bomber

MOSCOW, Dec 22 - RIA News. In Russia, by 2040 it is planned to create a sixth generation strategic bomber that will be unmanned, said Long-Range Aviation Commander of the Russian Aerospace Forces Hero of Russia, Lieutenant General Sergey Kobylash .

"It is expected that by the year 2040 a sixth generation strategic bomber will be created, which will already be unmanned," Kobylash said in an interview with MK .

None Very Happy I am not even sure they should build them, I would like more an hypersonic one.

The problem there would be that it would become a very very expensive bomber to operate... and lets be fair an aircraft the size of a strategic bomber wont be able to manouver very much at all... the g forces in a turn are magnified by speed so the faster you move the less you turn when you pull a 2g turn.

A subsonic flying wing type could have enormous internal volume to stealthily carry all sorts of very long range very high speed missiles... when your missile moves at mach ten or more then it covers 3km/s so it does not need to fly for very long to cover fairly significant distances... makes more sense to carry weapons that can penetrate enemy air defences rather than trying to do so in your "bomber".

A missile to do so is possible now and only costs money when it is used... which is once.

With a hypersonic bomber it is expensive all the time because you have to train and exercise... it wont matter that it uses cheap free fall nuclear bombs... because you only use them once...

Russia will have cheap to operate subsonic flying wing bombers and not so cheap to operate supersonic swing wing strategic bombers... they have a choice for conventional conflicts and would use both in a nuclear situation... what is not to like?

A supercruise flying wing would be interesting but low drag designs limit internal capacity for weapons and fuel which would both be needed for its roles.

F-35s would really struggle with supercruising targets and they are to be the primary NATO fighter... perhaps.
Isos

Rob Lee
@RALee85
·
55 min
According to the MoD's contract with Tupolev for the PAK-DA:
-Preliminary tests of prototypes scheduled for April 2023-fall of 2025
-State tests to begin in Feb 2026
-Production to start in 2027
-Crew of 4
-Longer flight range w/out refueling than Tu-160

Rob Lee
@RALee85
·
46 min
The PAK-DA will be able to carry conventional and nuclear munitions, including hypersonic and air-to-air missiles. The contract also involves producing 3 PAK-DA models, and tests of the PAK-DA's engine will begin this year on the Il-76 flying laboratory. 2/
GarryB

Air to air missiles is interesting... will they limit themselves to missiles to shoot down incoming missiles like naval or land based SAMs and AAMs from enemy aircraft... their size and capacity means they could carry rather large missiles so R-37M and similar weapons could be carried by any aircraft, while they might carry bundles of 9M100 small short range self defence missiles to protect it from enemy missiles...

They are going to be revealing new AAM missiles soon for the Su-57 I suspect that will include weapons optimised to engage stealthy designs as well as other aircraft and targets so they might incorporate an IIR seeker together with a radar seeker which would make F-35s rather vulnerable... perhaps arm 5-10 Tu-160M2 bombers with AAMs only and have them fly faster than the others to clear the way with perhaps another 5-10 with land attack nuclear missiles... modern air breathing much longer ranged version of the Kh-15 Kickback... so the AAM armed aircraft can shoot down any SAMs launched at the aircraft while the SRLAM armed models can be destroying AEGIS cruisers and land bases (airfields and SAM sites and HQs etc etc) in the path of the following cruise missile carriers who might only have a couple of AAMs each... but with the way cleared they wont need a lot.
Hole 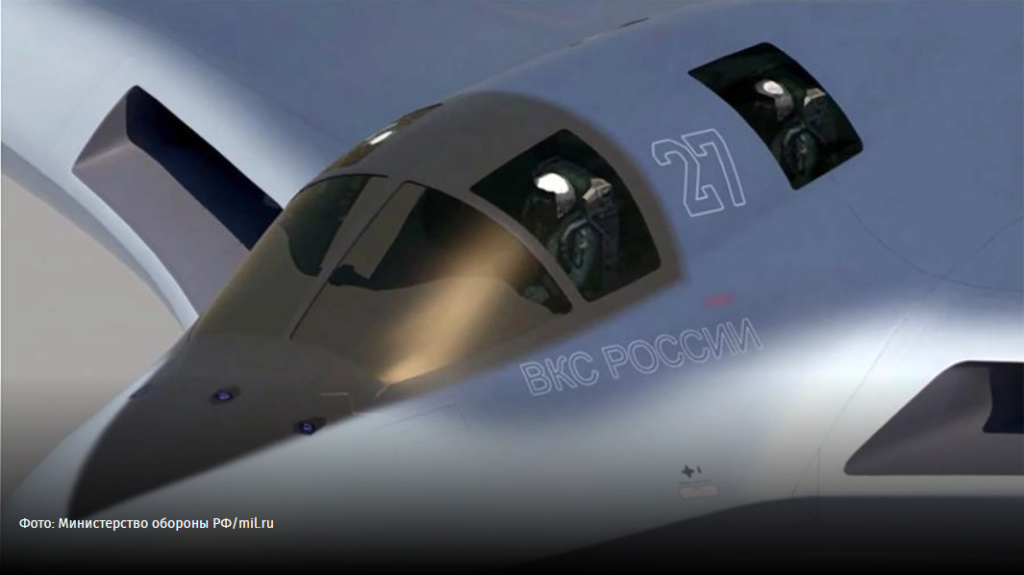 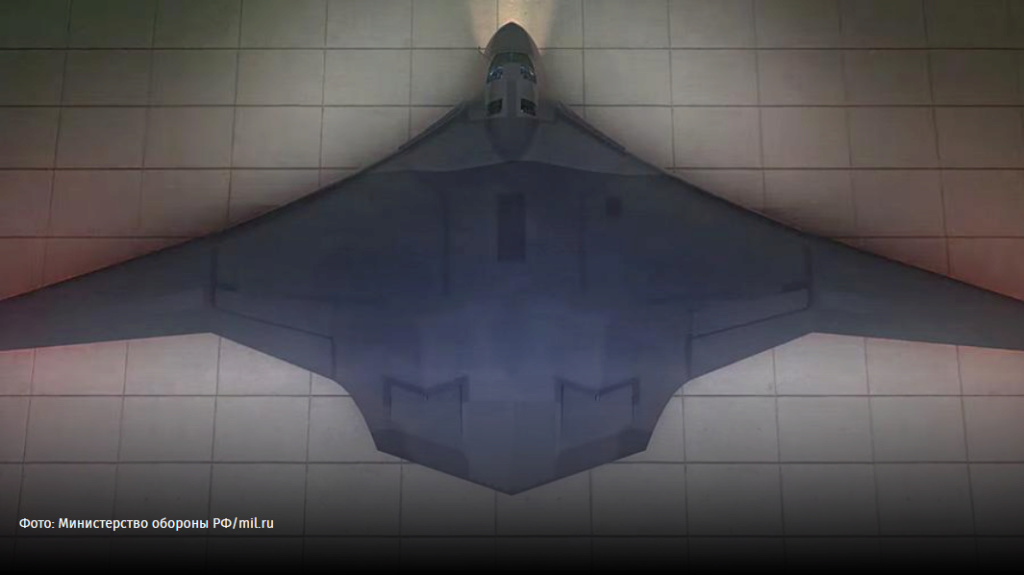 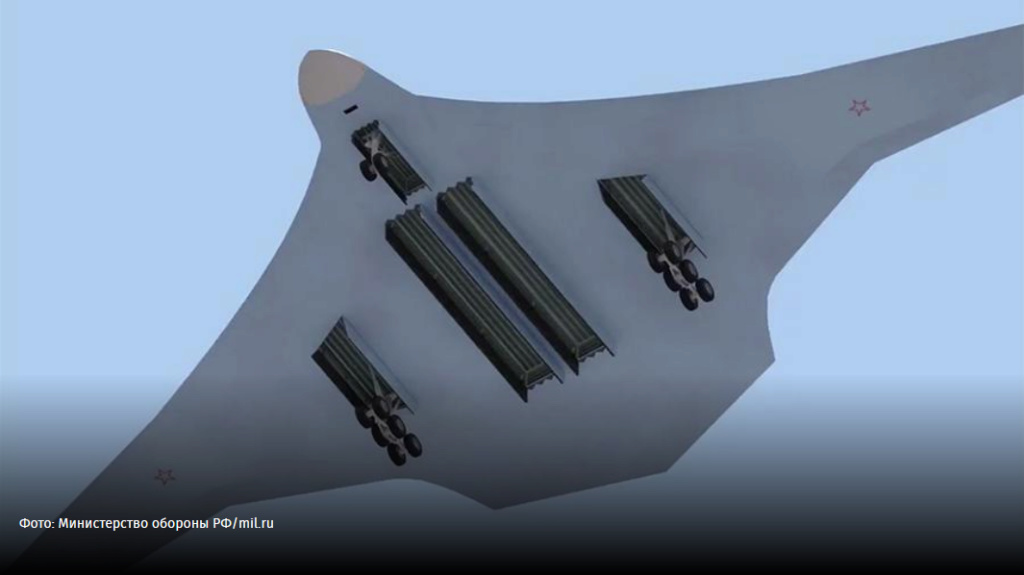 WTF is that monstrosity

Seriously, does Russia even need something like this if it develops missiles with unlimited range?
I guess, as a hypersonic missile carrier; but surely they can make something smaller and more sane.
Big_Gazza

flamming_python wrote:WTF is that monstrosity

Seriously, does Russia even need something like this if it develops missiles with unlimited range?
I guess, as a hypersonic missile carrier; but surely they can make something smaller and more sane.

Thats just fan art. The actual planform is probably more similar to this (but lets face it, its all conjecture at this stage): 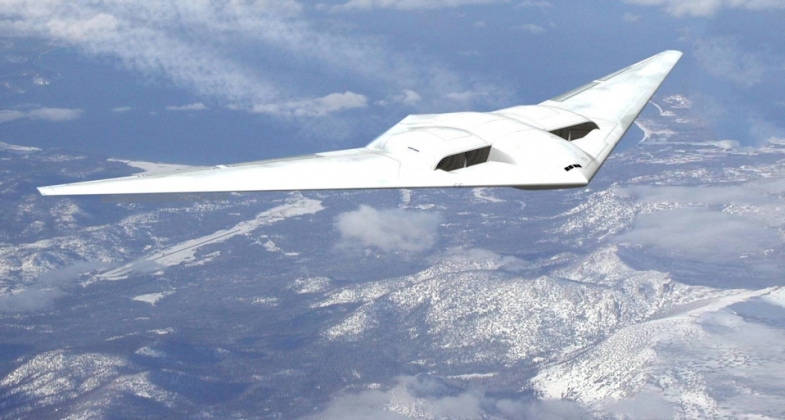 Seriously, does Russia even need something like this if it develops missiles with unlimited range?

The design is not yet finished unless you have an official statement.

The one in the picture is not stealth at all.

That's more a fanart to illustrate the text in articles nothing more.
Big_Gazza

I think the design and specifications would certainly be complete (some reports say the military agreed on this back in 2017), at least to a sufficient level to permit the prototype build.  How much it changes from prototype to 1st serial unit is the real question.
kvs

The fan art is idiotic. Why make it "stealthy" when its cross section is that of a highway billboard...
Viktor

kvs wrote:The fan art is idiotic.  Why make it "stealthy" when its cross section is that of a highway billboard...

This design was already used since 2016. Unless the video date is wrong. But it shoukd prove that this design is fake/fanart.

So Pak Da has been approved and design approved since last year. Will replace Bear bombers. Part of GEP 2027 budget
GarryB

So Pak Da has been approved and design approved since last year. Will replace Bear bombers. Part of GEP 2027 budget

Which I what I have been talking about for some time... supersonic cruise missile carriers are formidable but not cheap to run, so a fleet of 60-80 of them would make a useful force for conventional and strategic use, but subsonic cheap to run bombers are useful too because being subsonic you can increase the internal volume and increase fuel and payload capacity so a subsonic flying wing means minimal drag with best range and payload performance.

With thrust vectoring engines they could probably make it transonic but I suspect they would prefer to make it able to carry bigger weapons internally which requires a big cross section.

The forge needed to build the Blackjacks centre box section that holds the swing wing mechanism is huge and should allow large portions of the PAK DA to be made in one piece... perhaps with swing wing tips to improve takeoff and cruise performance... remember the Su-7s performance was dramatically improved with the Su-17s swing wing tips...

Will be interesting to see what they finally come up with.
Isos

Will be interesting to see what they finally come up with.

I bet it will be a scaled up s70 drone with space for pilots. That would reduced cost by using same materials as for the s70.

GarryB wrote:...Will be interesting to see what they finally come up with.

Flying wing similar to B-2

They did the same with Buran way back when

The T-60 was the supposed Sukhoi design from the 1990s that was supposed to replace the Backfire as a theatre bomb/strike aircraft.

AFAIK it was never intended to be strategic nor to replace either the Bear or Blackjack... and it didn't go anywhere. (as it mentions in the video..)

The difference is that this video seems to be combining potential MiG-31 replacements with what was a Tu-22M3 replacement proposal... the combined turbojet/ramjet propulsion was never considered for the original S-60 and seems to be something they have added...

Ahhh well... at least no one has posted a picture of the T-4M that always gets posted and claimed to be the PAK DA... only problem is that the T-4M design was the one they rejected in the 70s and built the Tu-160 instead...


Flying wing similar to B-2

They did the same with Buran way back when

I would expect a deeper profile than the B-2 because they want a large internal capacity for weapons (ie large weapons carried internally) so it is not going to be identical to the B-2, but then the Americans are replacing the B-2 with the B-21 which just looks like a B-2 anyway.

NASA spent 2 billion dollars in the 70s to determine the perfect shape for the shuttle... including modelling and testing with super computers of the time... the Soviets would have been stupid to ignore that.

What the Soviets did do is learn the lessons of the US shuttle and build a completely different design.

In a sense the US space shuttle is like a C-130 with an enormous external fuel tank to fuel the onboard engines long enough to make a difference and huge bolt on solid rocket boosters to get the whole thing moving.

The Buran is a glider that sits on an Energya rocket for launch. The difference is that the US system carries ten tons of engines in to space that cost a small fortune to overhaul for reuse and ten tons of dead weight the shuttle carries everywhere it goes. The Soviet system is much more flexible in that if you want to use it as a shuttle it can carry more than double the payload (about 20 tons) because it is not carrying 10 tons of engines everywhere, but most importantly you can leave the Soviet Shuttle on the ground and launch complete 120 ton structures in to space on the back of the rocket, which is important considering construction is slow and difficult in orbit and very expensive.
Sponsored content