And here is the Ukrainian corvette Vladimir the Great (Project 58150) at the Nikolaev shipyard, which was completely closed in 2021. The construction of the corvette stopped after the Maidan. Such is the flawed state of the "big fleet" in Ukraine. 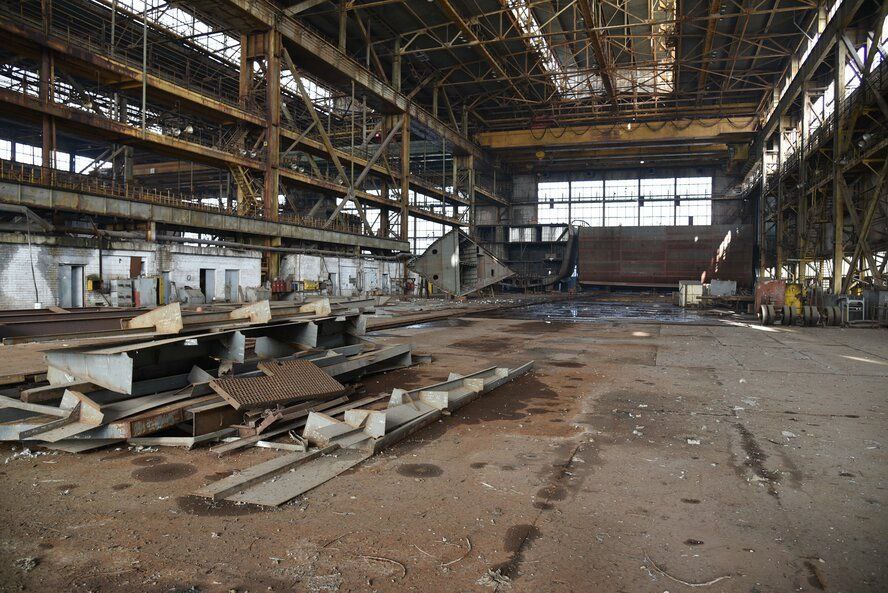 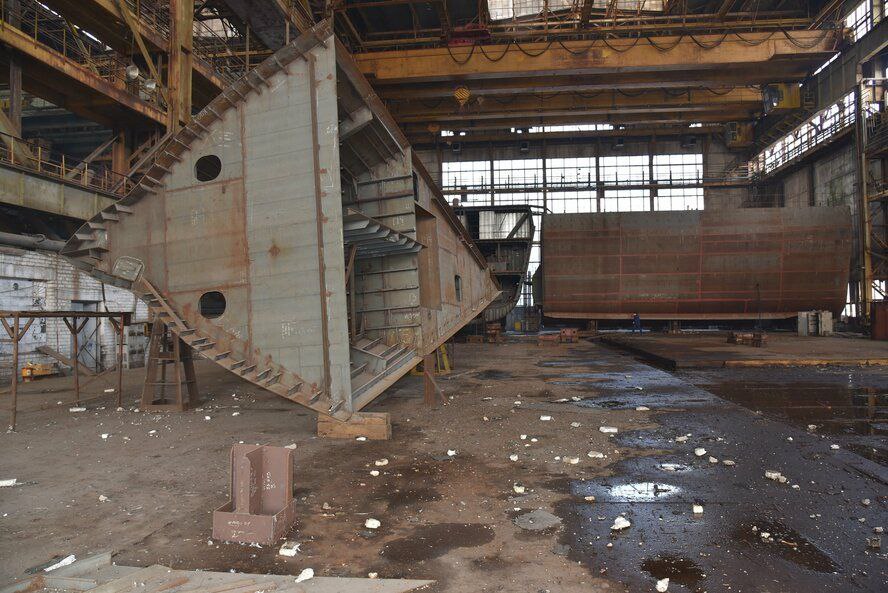 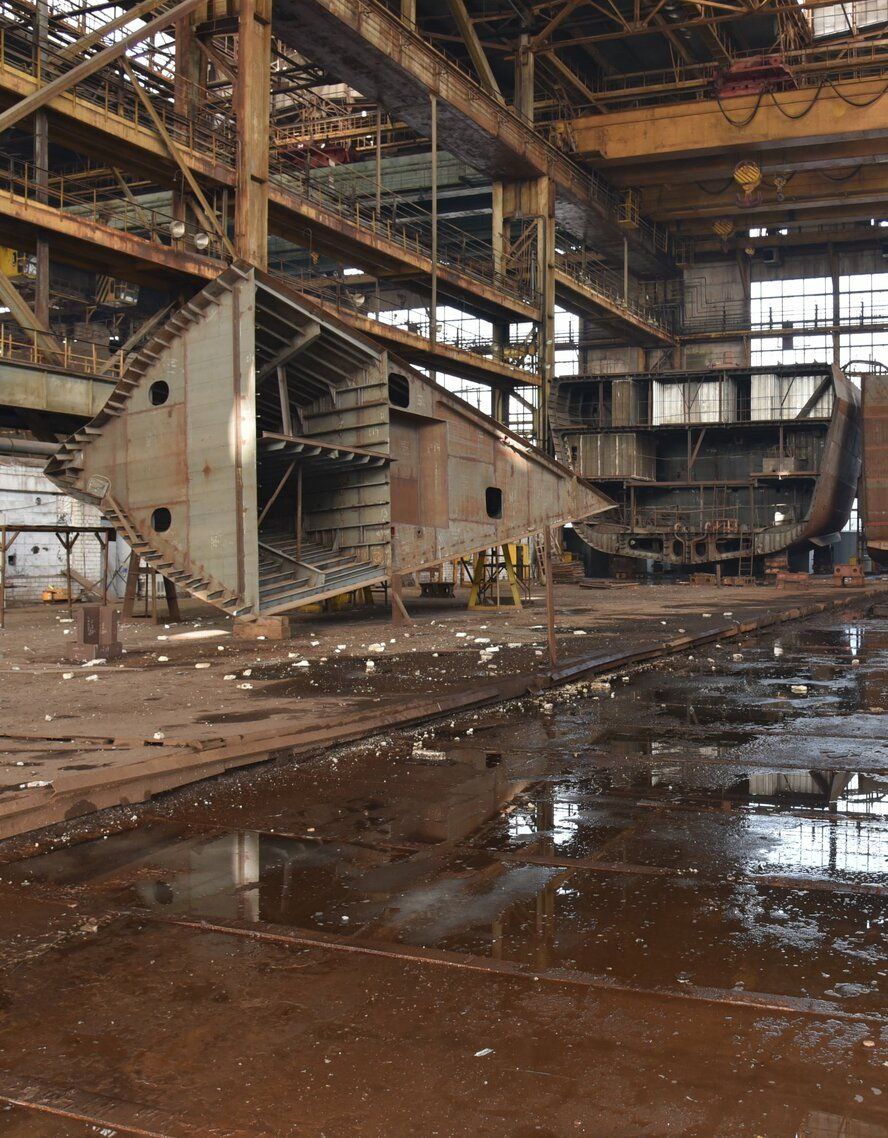 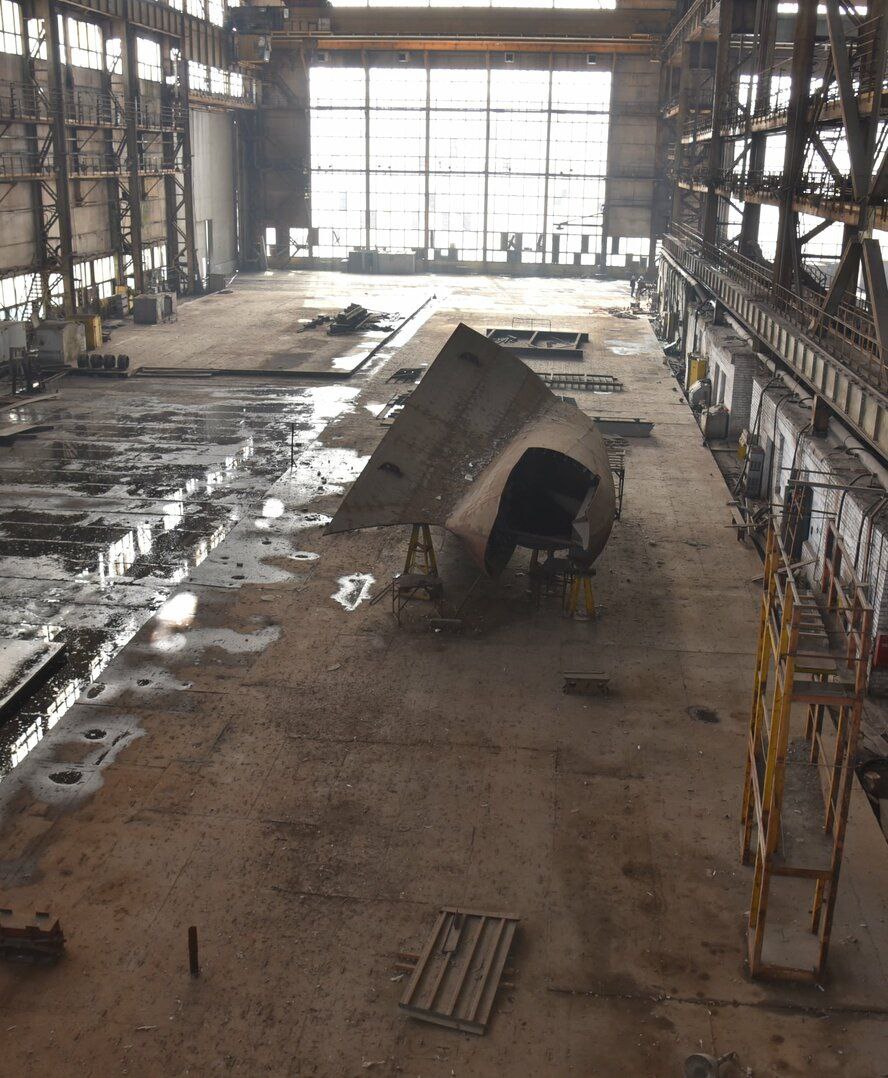 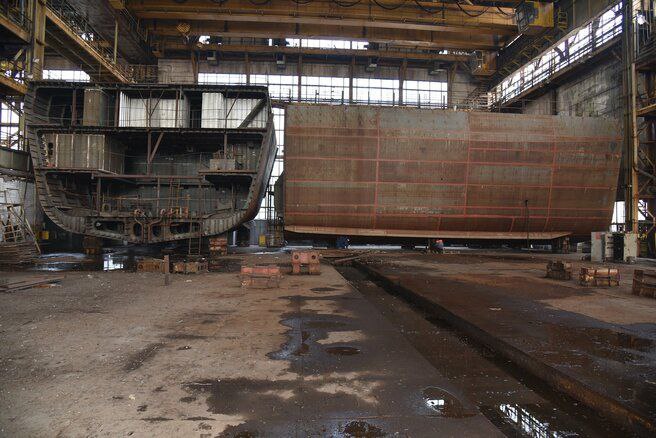 GarryB wrote:Kh-35 is often ignored in the west as just being a copy of Harpoon and therefore not very interesting, but I do remember reading an article written by the makers of the weapon about elaborate attempts by the Americans to get access to the missile.

It seems it uses a MMW radar which is very effective but not something that is easy to jam or confuse or deal with that uses a low energy short range signal that creates an excellent view of the target and allows identification of the target an can select a vulnerable area of the target to hit.

I rather suspect the Orcs don't have that level of performance... but then I seem to remember Vietnam were making an export version of these missiles for themselves so it is not impossible.

As mentioned all the problems of replacing Ukrainian parts has been a pain in the Ass for Russia but at least Russia had a paying customer so it was worth creating those parts in Russia to replace them... for the Ukraine there would be a lot more parts that need to replace and they could only get funding for that with hard orders... which is a bit of a circular problem...

Vietnam is an organized country and not a rotten husk like Banderastan. It is more than just economic links to Russia. No activity in Banderastan
can be done without rampant corruption. It is bloody ironic how we have NATzO backed clowns like Navalny (of Ukr background, BTW) pushing the
line that Russia is corrupt while at the same time NATzO pretends that Ukraine is less corrupt and is going in the right direction (to Hell?) and pads
its GDP statistics and credit rating.

Russian_Patriot_ wrote:And here is the Ukrainian corvette Vladimir the Great (Project 58150) at the Nikolaev shipyard, which was completely closed in 2021. The construction of the corvette stopped after the Maidan. Such is the flawed state of the "big fleet" in Ukraine. ...

What corvette are you talking about here, my guy?

All I see are bunch of wood stoves welded together

Wonder what they paid with?

The RRS James Clark Ross has been sold to the Ukrainian National Antarctic Scientific Centre.

The vessel will be replaced by the RSS David Attenborough, one of the most advanced polar research vessels in the world.

This is the second time that a UK research asset has transferred to Ukrainian research colleagues – the first being the transfer in 1996 of the former Faraday station that is now known as Vernadsky.

In a news release, the British Antarctic Survey say:

“For the past three decades the JCR has fulfilled her role as a world-leading research platform for biological, oceanographic and geophysical research. She contains some of Britain’s most advanced facilities for oceanographic research in both Antarctica and the Arctic. Built by Swan Hunter Shipbuilders in Wallsend, UK, and launched by HM the Queen in 1990 the RRS James Clark Ross was part of the first international, multi-vessel survey to estimate the biomass of krill in the Atlantic sector of the Southern Ocean – a figure still used today in krill management models.

The ship is also a platform for deploying ambitious sediment coring technologies in previously unstudied locations, pushing coring technologies to its limits. Ground-breaking work in the Arctic provided insights into the scale and impacts of climate change in one of the most rapidly changing environments on the planet. The ice-capable ship is a new asset for Ukraine and opens up new research opportunities for its National Antarctic Scientific Centre, in particular research into oceans and climate change in the polar regions. The purchase of the ship comes ahead of the COP26 Conference in November, where representatives from every signatory party for the United Nations Framework Convention on Climate Change (UNFCCC) come together to discuss climate change action.”

“The RRS James Clark Ross is much admired by all who have sailed in her. She has enabled scientists from the UK and overseas to make discoveries that help make sense of our changing world. We will miss her greatly, but I am delighted that our research colleagues will use her to carry out important scientific investigations. We wish them well.”

“For Ukraine, the purchase of the RRS James Clark Ross opens a world of opportunities. For the last 20 years, Ukraine hasn’t had a vessel for Antarctic research, significantly impeding our work there. For us, the icebreaker “James Clark Ross” has a symbolic value as well, as it brought the first Ukrainian mission to the former British station “Faraday” (at present “Vernadsky”)” in 1996. With this vessel, Ukraine has ambition on large-scale research in the Southern Ocean and possibly starting surveys in the Arctic in time.”

How British corvettes will affect the state of the Ukrainian fleet

I agree with this critical analysis. The BSF will need to play a balancing act, & soon!
Sponsored content