According to the press service of Defense Ministry, the adoption of this document will provide the tactical flight training of pilots in combat units, as well as the training of cadets of military schools for flight and aircraft tactical training.

Two training aircraft L-39M1 is a modernized serial aircraft L-39 with reconstructed by upgrading dvukonturnym turbojet engine with increased thrust and improved acceleration performance, improved management of the power plant and on-board emergency and operational registrar of flight information with additional sensors and devices uzgodzhuvalnimi instead of the automatic flight parameters.
14.07.2009

L-39 is a decent aircraft but it is time to get with the modern age. We are getting Yak-130 in the hundreds. How many can they afford?
Admin

Kiev. March 15. Airports - State Enterprise MOU "Konotop Aircraft Repair Plant" Aviakon "(Ukraine) actually disrupted the program of modernization of the Mi-24, in the realization of which he spoke the parent company. Such a view" AviaPort "stated the representative of the Ukrainian military-industrial complex.

According to him, until December 31, 2010 was the first flight of the upgraded model of the Mi-24, but he still has not been implemented, and dates are unknown.

According to the source, in 2008-2009. the program of modernization of army MI-24 helicopters from the budget of the Ministry of Defense of Ukraine was transferred to 140 million hryvnia (about $ 17.5 million). Of them, about $ 10 million has been listed French company Sagem, which took part in the project. The firm carries out work on avionics, navigation, software, helicopter, installing the interaction of its systems with a standard sight Ukrainian production of NPK Arsenal and manages a Ukrainian missile. In 2010, funding for the project was derailed.

Plant "Aviakon" as the main performer, providing coordination of works, the development of design documentation, compilation of information on the project. However, an engineering mistake at the start of the project resulted in "Aviakon" an impasse, and now actually work to begin anew, says the source.

Ukrainian Defense Ministry plans in 2011 to finance the modernization program of the Mi-24 for 7 million USD (about $ 0.9 million).

Ukraine plans to master the manufacture of helicopters

"The domestic industry is ready to ensure our needs are partially upgraded helicopters, extending their service life by 7-10 years. During this time it is necessary to design a new domestic helicopter," - said Klyuyev.

"We have made engines for almost all types of helicopters, which exist in the world. We have a company that can do and the body, and the majority of components and assemblies for the new Ukrainian helicopters. So we just have the medium term to run their production", - First Vice-Premier.

According to him, to date fleet of helicopters in the Ukraine quite outdated and needs updating. The share of cars that run up to 10 years does not exceed 15 percent. Age of the majority of helicopters over 20 years, said First Deputy Prime Minister.

According to him, if in the early 90's there were about 500 civil helicopters for today registered a little more than two hundred (excluding cars Defense).

First vice-premier said that he had instructed the Agency to manage state corporate rights in conjunction with the Defense Ministry to work out the optimum technological production model helicopters, including the use of public-private partnership with the Motor Sich "and other enterprises.

A bit of a wasted effort considering there is no shortage of modern helos of all shapes and sizes.

I would think a more sensible use of their money and resources would be to make a 3/4 size An-124 with a payload of 90-100 tons and two instead of four engines.

It would be an ideal competitor to C-17s and there is no other competition in that payload class so unless they screw the design up and make it gold plated they should sell very well.

Even 150 million per aircraft would be a fraction of the cost of the C-17... they could put Rolls Royce engines on it and make it all NATO standard and put French avionics in it so that the Europeans will be keen to buy it too.

Instead they are making a new Mi-8... a much greater risk.

Of course the Russians might revive the Il-106 which would certainly be competition, but with Euro engines and avionics the Ukrainian plane would be more palatable to most EU countries, though the French might consider the Il-106 favourably.
George1 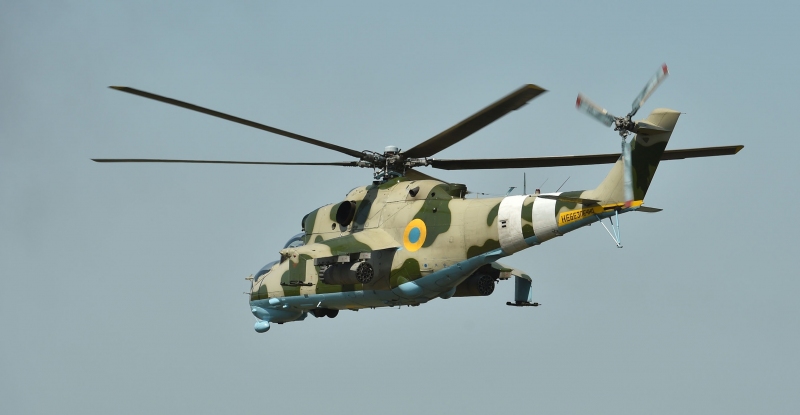 Repairing in Ukraine in 2015
George1

MOSCOW (Sputnik) – The pilot of Su-25 Frogfoot air support jet from the Ukrainian Air Forces died after the aircraft crashed during exercises in the Zaporizhia region, the Ukrainian Defense Ministry said Wednesday.

“Today, on November 11 at approximately 10:00 a.m. [08:00 GMT], a Ukrainian Air Force Su-25 jet crashed while completing a planned training flight. The tragedy happened 40 kilometers [25 miles] to the north of Zaporizhia. The pilot, born in 1992, died, none of the local residents was injured. A search and rescue team is operating at the site of the tragedy,” the Defense Ministry said on its website.

MOSCOW (Sputnik) – The pilot of Su-25 Frogfoot air support jet from the Ukrainian Air Forces died after the aircraft crashed during exercises in the Zaporizhia region, the Ukrainian Defense Ministry said Wednesday.

“Today, on November 11 at approximately 10:00 a.m. [08:00 GMT], a Ukrainian Air Force Su-25 jet crashed while completing a planned training flight. The tragedy happened 40 kilometers [25 miles] to the north of Zaporizhia. The pilot, born in 1992, died, none of the local residents was injured. A search and rescue team is operating at the site of the tragedy,” the Defense Ministry said on its website.

Read in another article that this would leave the Ukrainian Air Force with 18 usable Su-25's.
George1

i wonder how Ukraine will modernize their air force since its absolute made of Russian aircraft types. If they attempt to renew their entire fleet with western aircraft they will need a lot of money that they don't have
franco

George1 wrote:i wonder how Ukraine will modernize their air force since its absolute made of Russian aircraft types. If they attempt to renew their entire fleet with western aircraft they will need a lot of money that they don't have

I believe Canada offered them F-18's free but they couldn't afford to operate them.
JohninMK

From Interfax, similar Sputnik report eludes to smuggling and the Slovaks are vert unhappy.

A Ukrainian Mi-2 helicopter has crashed near the village of Stretavka in eastern Slovakia, according to the Slovak news portal noviny.sk.

According to preliminary information quoted by the portal, six people were killed in the crash.
George1

"The aircraft will be permanently stationed in the squadron of the State Emergency Service of Ukraine in the city of Nizhyn, Chernihiv region. That reported by ukrainian news website tviy.kiev.ua.

The State Emergency Service of Ukraine (SESU) received a military transport aircraft An-26, equipped with new Austrian medical equipment, including intensive care units to perform life-saving functions, a QHA journalist reports. In 2016, the Cabinet of Ministers of Ukraine enlarged the SESU’s budget by UAH 62 million, which allowed financing the aircraft modernization. The advanced AN-26 was presented to the representatives of the SESU on the territory of the state enterprise Plant 410 CA. 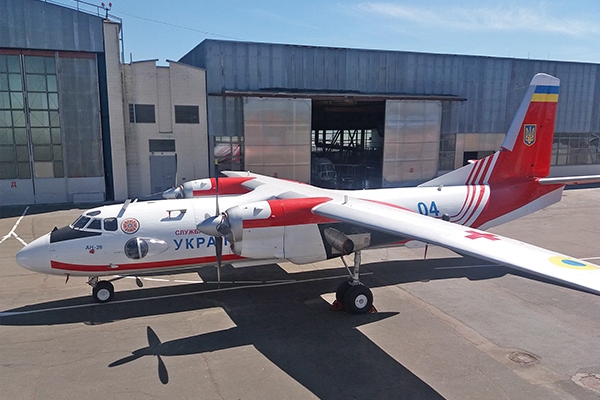 “The repair works included complete overhaul of all components and assemblies of the aircraft, installation of new navigational equipment, enabling it to fly over the territory of Ukraine, as well as equipment preventing a collision with other aircraft. It has also a modern Austrian medical equipment that meets all international standards and allows to maintain the health of the wounded and victims being evacuated by this plane,” Mykola Chechetkin, Head of the State Emergency Service, said during the presentation ceremony.

He also noted that the plane will soon be supplied to the squadron to perform the relevant tasks. The AN-26 aircraft is capable of transporting the victims to a distance of 2000 km without landing. It is equipped with 6 sanitary stretchers for the wounded and 6 chairs for medical personnel. It has also the equipment for resuscitation actions: EVL devices, monitor, defibrillator, respirators and syringe pumps for infusion therapy. 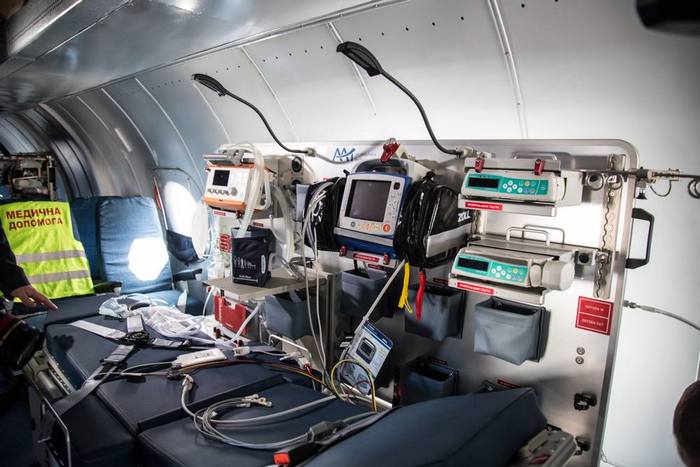 In addition, the developers have installed two modules of intensive care for severely wounded. The upgraded AN-26 can transport 9 lying and 14 seating wounded with medical staff." 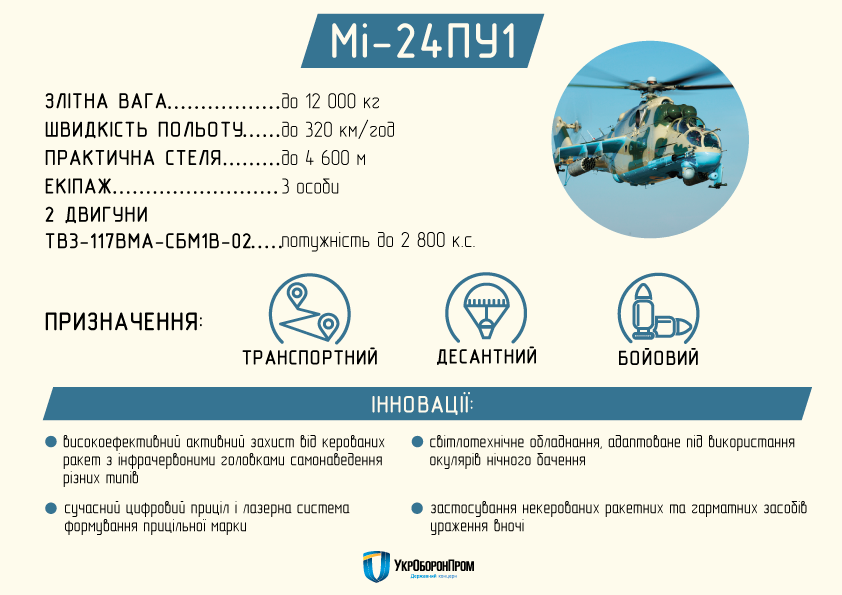 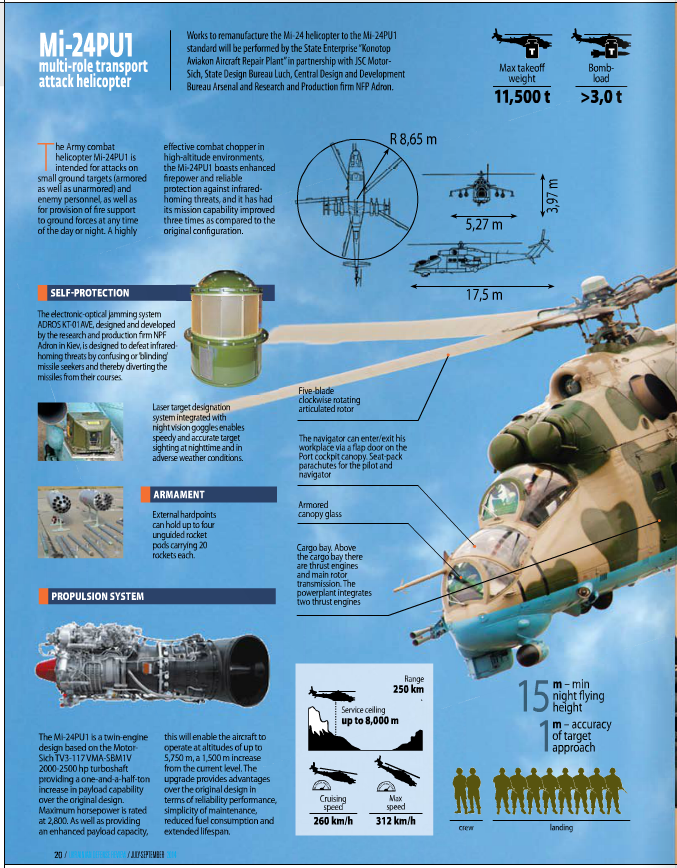 
On the territory of Ukraine at the time of the Soviet collapse were left 132 Kh-59M missiles and 69 X-59, of which already 3 and 33, respectively, had exceeded the assigned term storage and use, and 5 X-59 were defective. All the available X-59 rocket have now disposed. 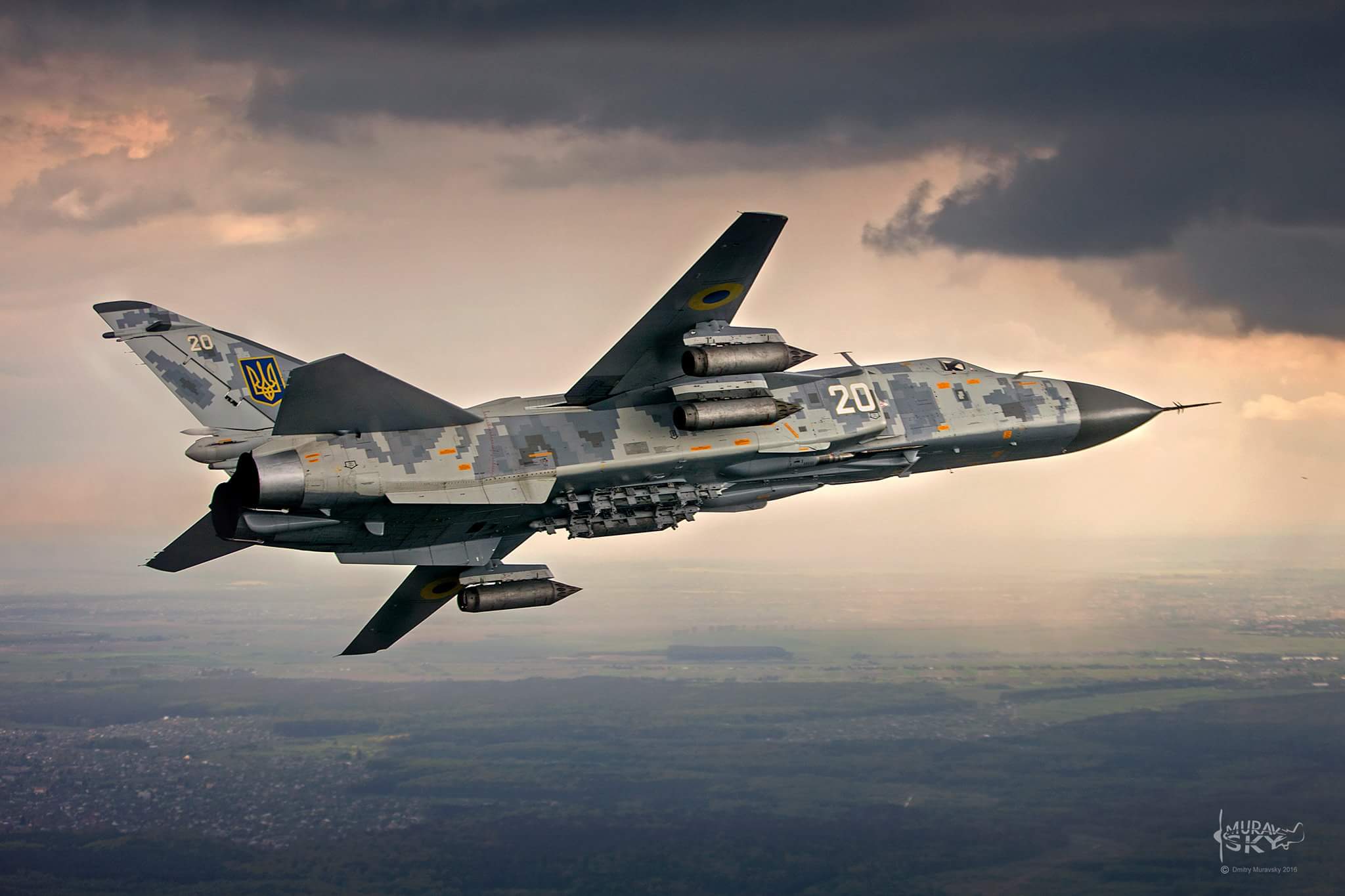 Light releif. Poorly bomb, they could have used a blue strap with the yellow one!