People still insist on adding the 'E' for weapons for domestic use.

The previously revealed numbers were 12 9m96 tubes but that the 9m100 was much smaller and for each tube you could fit four 9M100 missiles in each tube for the larger missiles, which means 12 x 4 = 48 missiles.

It seems that the new 9M100 missiles are bigger and don't fit four to a 9M96 tube and perhaps has 8 times quad missile tubes mounted on the truck instead.

I wonder if the domestic 9M100 is smaller and lighter and uses IIR seeking, while the export model 9M100e is larger and ARH...

Or they just changed the design.

The thing is that this has serious ramifications for the naval redut system... the 12 tube 9M96 launcher has fixed launch hatches so the 9M100 has to fit into the space left by the 9M96 missiles in quads...

The first regimental set of the new S-350 Vityaz anti-aircraft missile system will enter service with the Russian army this year. This was reported by the press service of the Ministry of Defense.

In the training center of the Anti-aircraft Missile Forces of the Military Academy of Aerospace Defense named after G. K. Zhukov, work was carried out on the development of the S-350 Vityaz anti-aircraft missile system by the teaching staff and the preparation of the educational and material base for the training of military specialists.

The first set of the latest S-350 air defense system was delivered to the training center in early 2020, where the personnel of the units that will undergo planned rearmament will be retrained.

The capabilities of the S-350 system make it possible to effectively deal with all types of air targets, and first of all with cruise missiles.

For reference: The S-350 Vityaz is the latest mobile, multi-channel medium-range anti-aircraft missile system developed by the Almaz-Antey Concern of the East Kazakhstan Region for the anti-aircraft missile forces of the Russian Aerospace Forces. The system is designed to protect the most important state, administrative, industrial, military facilities and groups of troops from the attacks of modern and promising means of air attack of a likely enemy.

For the people who thought S-350 Vityaz was solely for cruise missiles.

It destroys all targets imitating the air enemy - anti-radar, ballistic and cruise missiles, unmanned aerial vehicles, jammers, guided bombs-with minimal rocket consumption. And the presence of an increased ammunition load of new-generation anti-aircraft guided missiles can significantly increase fire performance. Delivery of the s-350 Vityaz to military units of the aerospace forces and navy is provided for in the state armament Program. - Lieutenant General Yuri Grekhov

The supply of the S-350 "Vityaz" anti-aircraft missile system to the combat units of the air defense has begun
bmpd
May 13th, 12:12

As the news agency INTERFAX-AVN reported on May 12, 2021 , the new S-350 Vityaz medium-range anti-aircraft missile system entered service with the Southern Military District. This was announced in an interview with the newspaper " Military Bulletin of the South of Russia" by the commander of the military district Alexander Dvornikov. Self-propelled launchers 50P6A anti-aircraft missile system S-350 "Vityaz" (50R6A) during the Victory Parade in Moscow 05/09/2019 (c) Mikhail Voskresensky / RIA Novosti


"This year entered service with a promising medium-range anti-aircraft missile system S-350 Vityaz. According to its characteristics, it is designed to combat both aerodynamic and ballistic targets. One of the district's anti-aircraft missile regiments has already begun rearmament with this a new sample, "said Dvornikov.

The press service of the Southern Military District told Interfax that the S-350 entered service with the regiment in the Krasnodar Territory.

"Currently, the anti-aircraft missile forces of the Southern Military District are 90% equipped with samples of the new fleet, and radio-technical units - by 76%. The basis of our means of fighting air targets are the S-400 Triumph and Pantsir-S air defense missile systems," he added Dvornikov.

Dvornikov said in March that long-range anti-aircraft missile systems of the new generation S-500, as well as new medium-range air defense systems S-350, could be deployed in Crimea and other regions of southern Russia.

S-350 "Vityaz" (concern "Almaz-Antey") - a mobile multi-channel medium-range air defense system. Designed to protect government, industrial, military facilities and groupings of troops from modern and advanced air attack weapons. The system is capable of destroying air targets at ranges over 120 km and at altitudes over 30 km. The time for bringing the complex to combat readiness from the march does not exceed 5 minutes.

In January, the Ministry of Defense of the Russian Federation reported that the first anti-aircraft missile regiment is planned to be re-equipped with the S-350 in 2021. Previously, the S-350 complex was supplied for training specialists at a training center in the Leningrad Region.

On the part of bmpd, we recall that the first serial divisional set of the S-350 Vityaz (50R6A) anti-aircraft missile system manufactured by Concern VKO Almaz-Antey was transferred to the Russian Aerospace Forces on December 22, 2019 at the Kapustin Yar training ground in the Astrakhan region, and in February 2020, he entered the training center of the anti-aircraft missile forces of the Military Academy of Aerospace Defense named after Marshal of the Soviet Union G.K. Zhukov in Gatchina (Leningrad Region). 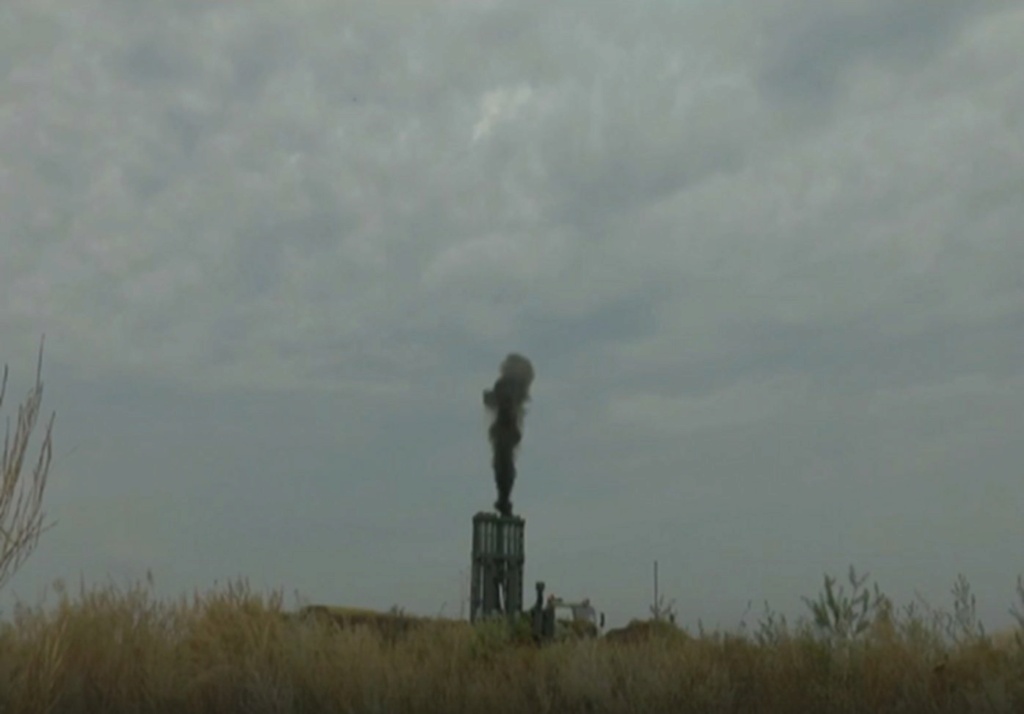 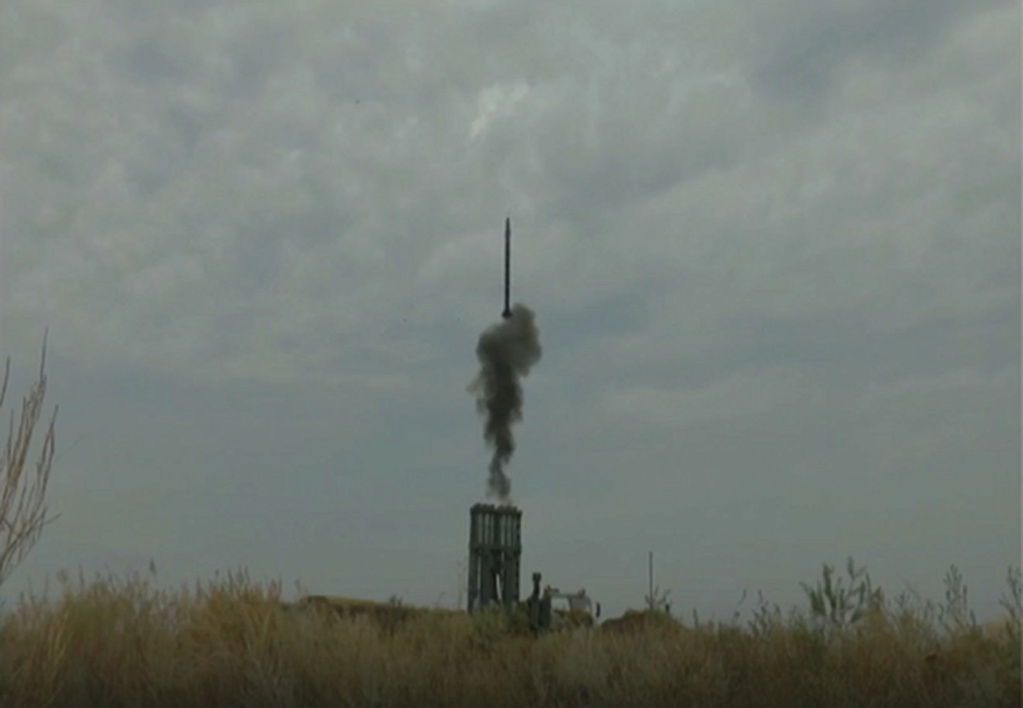 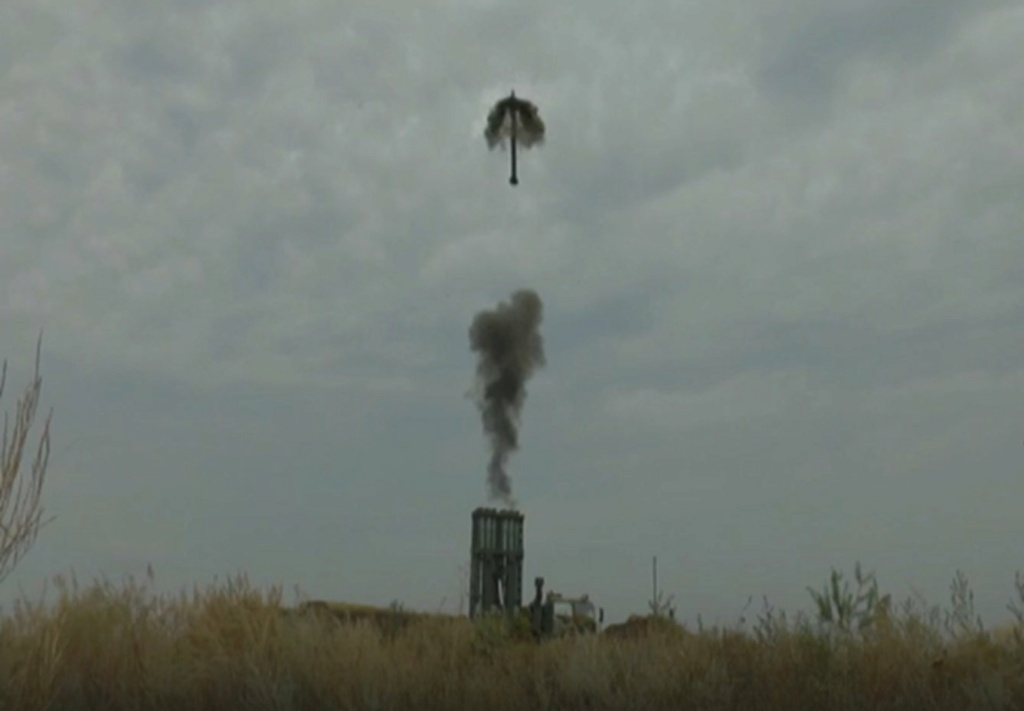 Confirms the 120km range for the export version, and 32 small 9m100 Missile