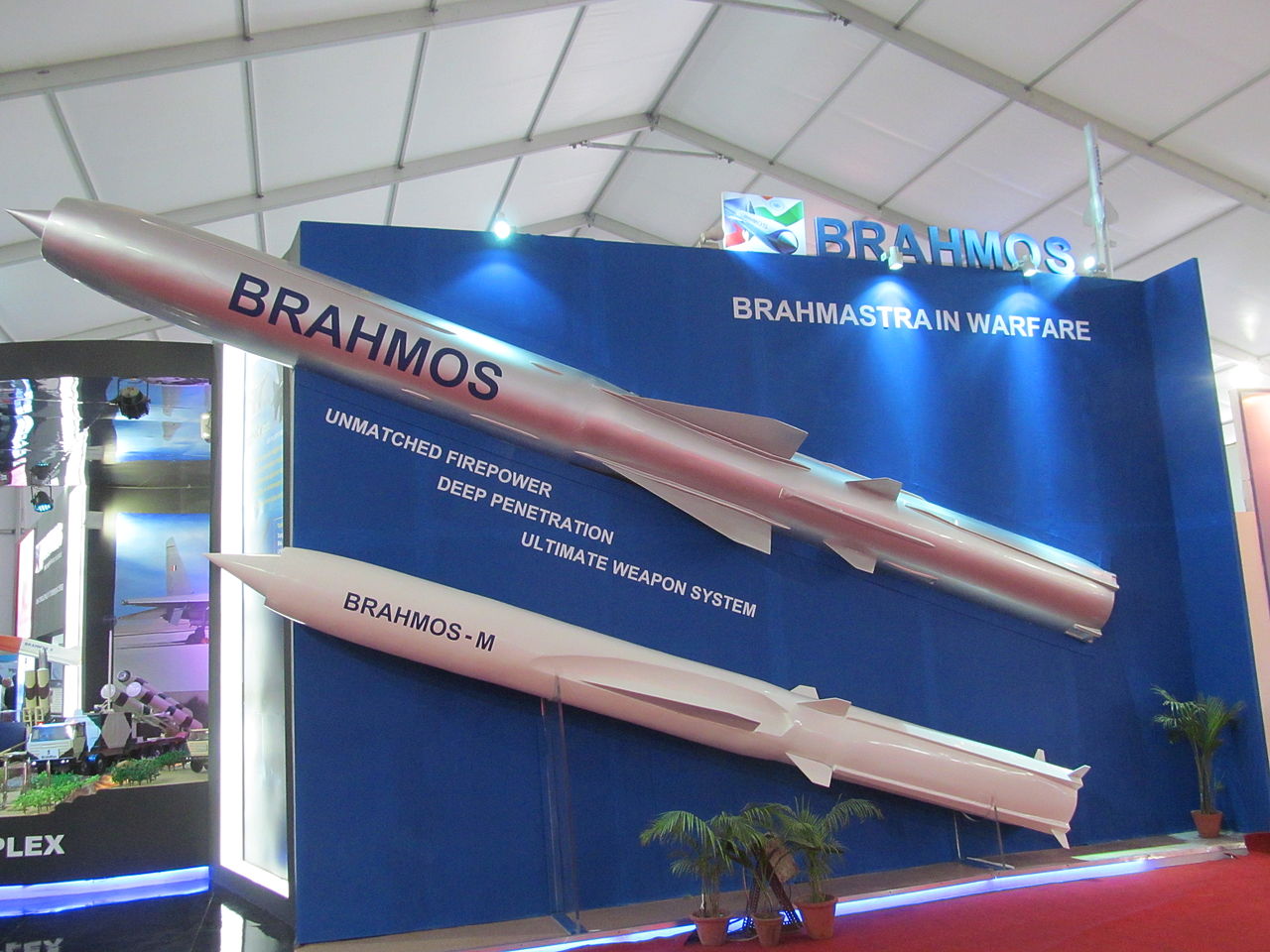 is this the air-launched variant of brahmos?
Cyberspec

is this the air-launched variant of brahmos?

Yes, I think so....it's significantly shorter than the original and if I remeber correctly it should be faster (over mach 3)
George1

The rocket complex "Onyx" will be upgraded

Project 22350 frigates will be armed with "Onyx" missiles

IronsightSniper wrote:What Garry said. The Klub is a far more superior and entertaining missile than the Onyx. Anywho, I give the Sea Ram, Sea Sparrow, and ESSM a good chance of intercepting the first 1 or 2 Onyx/Klubs. However, after doing the some radar horizon formulas, the maximum detection range of a 5 meter skimming Klub(3 meters will put it danger close to ocean waves, converting it into a Shkval) against an AN/SPY-1 mounted 16 meters equals to about 25.7 km. Traveling at 986 meters per second(M. 2.9), that would make the time from detection to impact out to 26 seconds. Against a Phalanx, penetration of the ship's defensive systems are almost guaranteed. Against Sea Ram, Sea Sparrow, and ESSM, again, good chance that the first 2 Klubs will get hit. Against the Steregushchy class of corvettes(2 are commissioned, each can carry 6 Klubs), that would mean a saturation fire of 12 Klubs, with minimal losses to them due to AEGIS. Assuming they're fired against a Nimitz class, assume 4 are intercepted, 8 Klubs = 1.6 tonnes of explosives detonating within the Nimitz. From Kinetic energy alone, each would generate about 20 kg of TNT equivalent upon impact, and depending on where they hit, I give it a fair probability of sinking said carrier.

There are so many variables... a clever enemy might have shore based container launchers... camouflaged and firing one every half hour or so... an AEGIS based carrier group can easily deal with this but after a day of this your nerves will be on edge... when real missiles are coming no one will be sleeping... then suddenly one missile is actually 50 missiles... out of decoys?

Even launching the attack to coincide with a storm... in heavy seas no ship will be able to defend itself that well...

Wait until they have turned off their main radars to communicate via satellite...

Attack is easier than defence... even just launching an attack to make the group turn to an area you have already laid with captor mines (ie torpedo mines)...
Isos

How many Oniks could you put on Sov's or Udaloy's instead of Moskits by using the same configuration as on Nanushka IV ? They achieve to put 2*(3+3)missiles on a small ship, they could easily put 2*(4+4+4) missiles or more on them.

At the end of the video, coastal complex Bastion with Onyx missiles was used against ground terrorist targets in Syria. Onyx is also supersonic land attack cruise missile.
hoom

I suspect the land launched ones would be previously delivered (& supposedly destroyed by Israeli bombing a couple of times) Syrian Yakhont rather than Onyx?

Does this cause INF treaty issues if the land Onyx have always had land attack ability?
I guess with Shoigus' 450km land attack range it's still within the 500km limit for that.
Quite a fortuitous timing for leaking that number smaller than the previously rumored 600km just before...

The Kalbir Cruise missile have used Explosive as can be be seen with the video and post destruction.

Bastion Hit seems to be just a kinetic one , Just a big hole on top no destruction caused by explosive around the large hole , no video footage of explosive unlike kalbir hit.

All targets hit are quite big looks like some sort of longish warehouse ....the destruction is propotional to explosive , Unless there is secondary explosion caused by explosive kept there or flamable substance there wont be any huge destruction beyond the kalbir explosive.
gaurav

Austin wrote:The Kalibr Cruise missile have used Explosive as can be be seen with the video and post destruction.

Bastion Hit seems to be just a kinetic one , Just a big hole on top no destruction caused by explosive around the large hole , no video footage of explosive unlike kalbir hit.

I think they are using low yield explosives for Kalibre. Normally Calibre explosion is very huge. In the above video the xplosion from Kalibre is shown to be very low yield of the order of 60-80 Kg high explosive only.

In bastion case the video is shown after the explosion has taken place.

Normally both Kalibre and Bastion can take 500-600 kgs of explosives.

Hence there is a clear expansion of Bastion network along all the Russias very critical military regions.
They will not reveal the full specs of Bastion missile.These pics are the only thing we have got for this  missile.

Also Kalibre missiles are also a changin.They have very high pick up and ramjet engine mode .That is quite different from early launches of september 2015 when Russia started the campaign. They are almost launched like S-300 missiles.
GarryB

If you look at Georges post in number 104 you will see that Onyx got an upgrade... I rather suspect the upgrade included the ability to find and hit targets on land... likely based on work with India giving Brahmos the same capabilities...
Austin

Sadly you don't get such common sense blogs in places like the Jamestown institute or CNN or BBC... if only such views were more widely felt...

America and Russia don't have to be best buddies... a bit of mutual respect however can go a long way for both sides.
hoom

I suspect the land launched ones would be previously delivered (& supposedly destroyed by Israeli bombing a couple of times) Syrian Yakhont rather than Onyx?

Answering myself, was just reading that Putin had specifically ordered defenses for Russian forces in Syria from air & sea, Shoigu quoted saying that Bastions are deployed along with S300, Pantsir etc so they would be Russian ones then.
George1

"We are working on the missile’s light version. It should fit the size of a torpedo tube and be almost 1.5 times smaller by its weight. It will be possible to mount our airborne missile on a wide range [of aircraft]. Of course, we’ll be developing it, first of all, for the fifth-generation plane but, possibly, it will be mounted on the MiG-35 fighter, although we have not carried out such developments," he said.

The missile’s name comes from the names of two rivers: the Indian Brahmaputra of and the Russian Moscow river. The missile has a range of 290 km and carries a warhead weighing from 200 to 300 kg.

Nice... that will be the lighter version of Brahmos sometimes called Brahmos-M I think that is smaller and lighter and actually faster and able to be carried by smaller lighter tactical aircraft.

I would assume for larger aircraft they will be able to carry more... the Su-30MKI and Su-34 and of course the Tu-22M3M could carry them in significant numbers...
Isos

Is there some news about Brahmos NG ? It's supposed to be 5m long and 50 cm diameter, can we expect an integration in the redut cells ?
GarryB

It is supposed to be smaller and lighter than Brahmos, so yes it should fit in a UKSK tube.

The Yahkont the Brahmos was based on fits, as does the Onyx that both missiles are based upon fitted too.
Sponsored content