Supposedly the currently under development US XM1299 is superior to the Koalitsiya-SV.   That is not even just some fanboi
drivel, it is claimed by western official sources.   But the reality is much different.   The XM1299 retains the manual loading
approach of the M109.   Where the SV can fire off 12 rounds per minute at its pre-loaded peak.    The XM1299 appears to
be able to do at most 3 rounds per minute.    With existing shells the SV can hit targets 80 km away.   The XM1299 and US
long range artillery in general appears to be stuck in the range of 65 km to 70 km.

The nominally bigger bore of the XM1299 gun (155 mm vs 152 mm) does not imply it can fire off shells with more kinetic
energy.   Similarly sized guns can have quite a spread in chamber pressure.   The type of shell propellant used and how
efficiently it is detonated is a critical variable as well.   Looks to me like Russian guns such as the one on the SV can handle
much higher chamber pressure than those of the US and minions.

US blowhards are also claiming they will easily develop autoloaders.   For some reason they never felt the need over the last 50+ years.

Even if the autoloader development for the XM1299 does pan out the fire rate would still be limited compared to the 2S35. Without liquid cooling the risks of overpressure firings increase tremendously with fire rate and the lack of microwave ignition does not help with cook-offs either. Another issue is the lack of a bore evacuator though they could've opted for a forced air ejection like the Leclerc instead which is still a bit funny since the 2S35 with no man in the turret has one and this one doesn't.

Fires cannot go through containers. Are the charges stored in a microwave safe container during transport? I am sure they must have thought of this but would be interested to know what measures they took. The homogenious ignition is brilliant. I wonder why they have not come up with a more aerodynamic shell with a tapered rear, and use a sabot for firing. I wonder what gain would be from eliminating the flat rear.

Fires can burn through or just raise the internal temperature enough that it won't matter. And I'm sure they must have considered the question of microwave safe containers at least once during the years long development process. Not that it will stop us outsiders looking in from thinking we are better than the designers.

magnumcromagnon Yesterday at 3:34 am 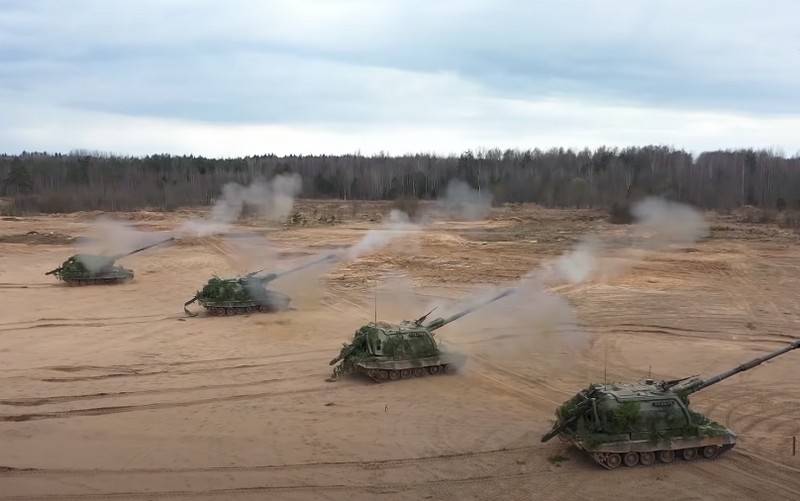 Russian self-propelled artillery mounts will be united under the Unified Tactical Control System (ESU TZ), the corresponding equipment is installed on all new vehicles. This was reported by the press service of Uralvagonzavod.

The concern explained that in accordance with the new tactical and technical tasks, all new self-propelled artillery installations are necessarily equipped with equipment that allows the introduction of military equipment into the network-centric control system on the battlefield.


Tactical and technical tasks for the development of promising samples of self-propelled artillery include a mandatory requirement for integration into the ESU TK. This integration is realized through artillery command vehicles. Onboard fire control systems of the mentioned samples fully ensure interaction with control machines

- TASS leads the message of the concern.

It is emphasized that a unified digital set of on-board equipment (OBE) has been developed for the ACS, which makes it possible to transfer the entire fleet of self-propelled artillery to a single hardware base.

In January of this year, the Ministry of Defense reported that during the exercises of the Elninskaya motorized rifle division of the combined arms army of the Western Military District, the artillerymen united the division of the Msta-SM2 self-propelled guns in a single control system of the ESU TZ.

The ESU TK system is a unified combat control system, which includes 11 subsystems. It allows real-time data exchange between various combat assets, and also creates a unified information network, data from which can be used by the crew of any combat unit. In addition, the system forms a single picture of the battle space, making it possible to clarify the most dangerous directions and deliver strikes that at the moment can become the most relevant and effective.