marcellogo wrote:
Yes, I didn't say that it's impossible, only much more difficult to achieve such kind of performance in a wheeled vehicle.

Fact itself that they need stabilized legs is a proof of it as many tracked ones didn't have them anymore.

I quess that's the trade off between cost/mobility - on desert or urbanized areas wheeled howitzers have better mobility and dont need lorries to move.


Now, if they are needed  just to achieve 360° coverage it would be an excellent news.

I didnt frankly tracked howitzers firing 360 pics. But I guess support legs are just to absorb recoil and not pass it to truck suspension + stabilize center of gravity.
GunshipDemocracy

Firing Jacks are to direct recoil force into the ground rather than the trucks suspension.

For tracked heavy artillery the suspension would be locked first to prevent damage from recoil.
Hole 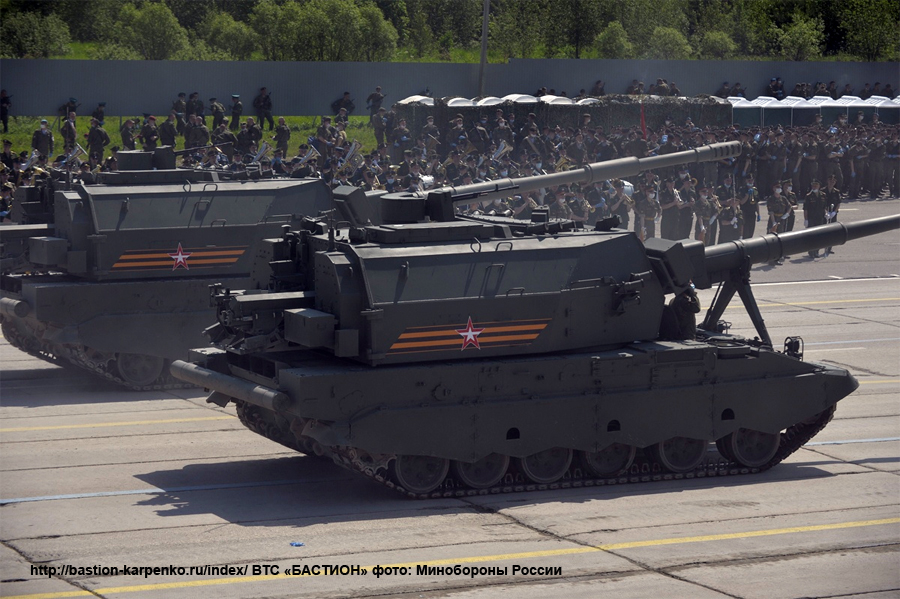 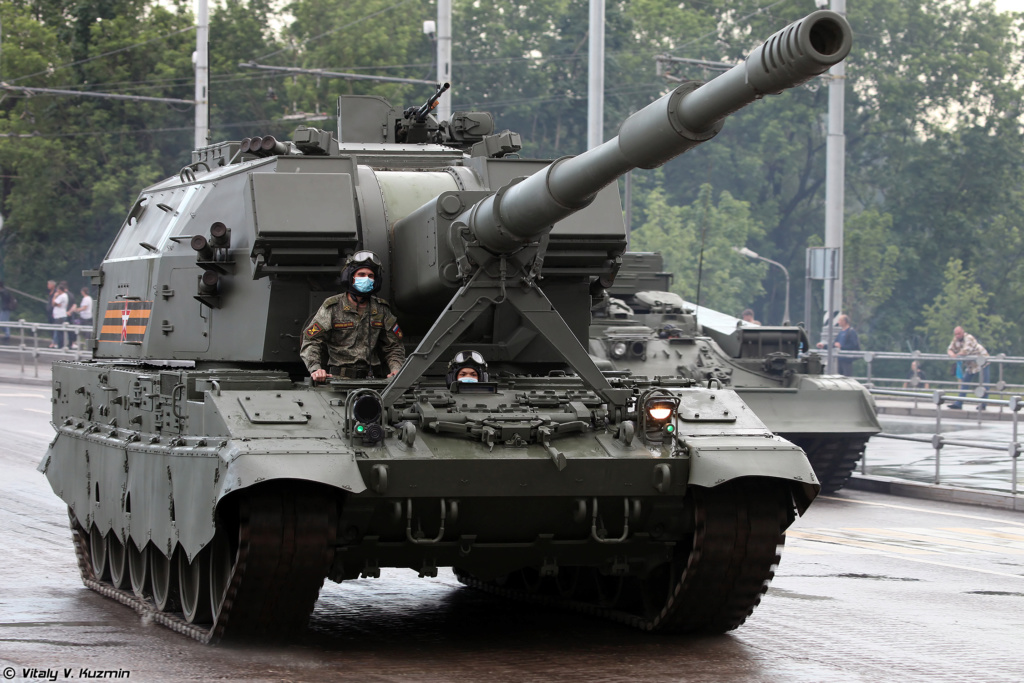 Fire raid with one gun." The Coalition-SV complex has surpassed world analogues

The latest Koalitsiya-SV self-propelled artillery system outperforms the world’s best versions by key parameters, according to the developer

Have read reports from the past about adapting the naval 130mm gun used on the Bereg Coastal gun battery vehicle to the new 152mm ammo, but had not really seen any mention of actually using 152mm guns on ships again.

A while back they did return the Sverdlov class cruiser to service so they could use its triple barrel 152mm guns for naval gun support roles... much like the US returned a few Iowa class WWII battleships with their 406mm guns for the same purpose, but honestly have not seen any mention of using bigger guns than the existing 130mm guns on naval vessels since.

Ironically 10 rounds a minute is actually slow for a big naval gun but the naval gun turret is much bigger and much better automated to allow the much higher rate of fire to be not only achieved but also maintained for long periods.

It seems they have eliminated the 76.2mm gun calibre but have introduced a 57mm gun due to improve ammo being developed for land based applications for the purposes of air defence.

Such improved ammo would make the 57mm gun more useful as its range is much better than 30mm cannon rounds and it carries a substantial payload, but similar improved technology could also be applied to other calibres in use too... a nice airburst semi guided 152mm round would be interesting for use at extended range against low flying anti ship missiles or even small boats...
Sponsored content