Its debkka file , so 95% of their claims are BS..
But will report it anyway.

According to this pro ISraeli propagandist site. A drone from Syria flew
over Golan heights (which they claim is Israeli) but Syria claims is theirs land ,
same with United Nations and Russia.

The drone flew from Syria to Golam heights for hours are Israel fired 3 very expensive missiles..
2 of them Patriot missiles worth of 1 million each , and another missile too..and all of them
failed to intercept the drone.

The conclusion of the news paper is that the drone was Russian and was sending
information of Israeli positions to Golan Heights back and return.


"Those drones that have been used in Syria, not all, but there were a lot of flying in the hydrogen fuel That is, they are long enough to hold in the air, producing constantly hydrogen, allowing the mover to replenish energy.", - Told the agency . 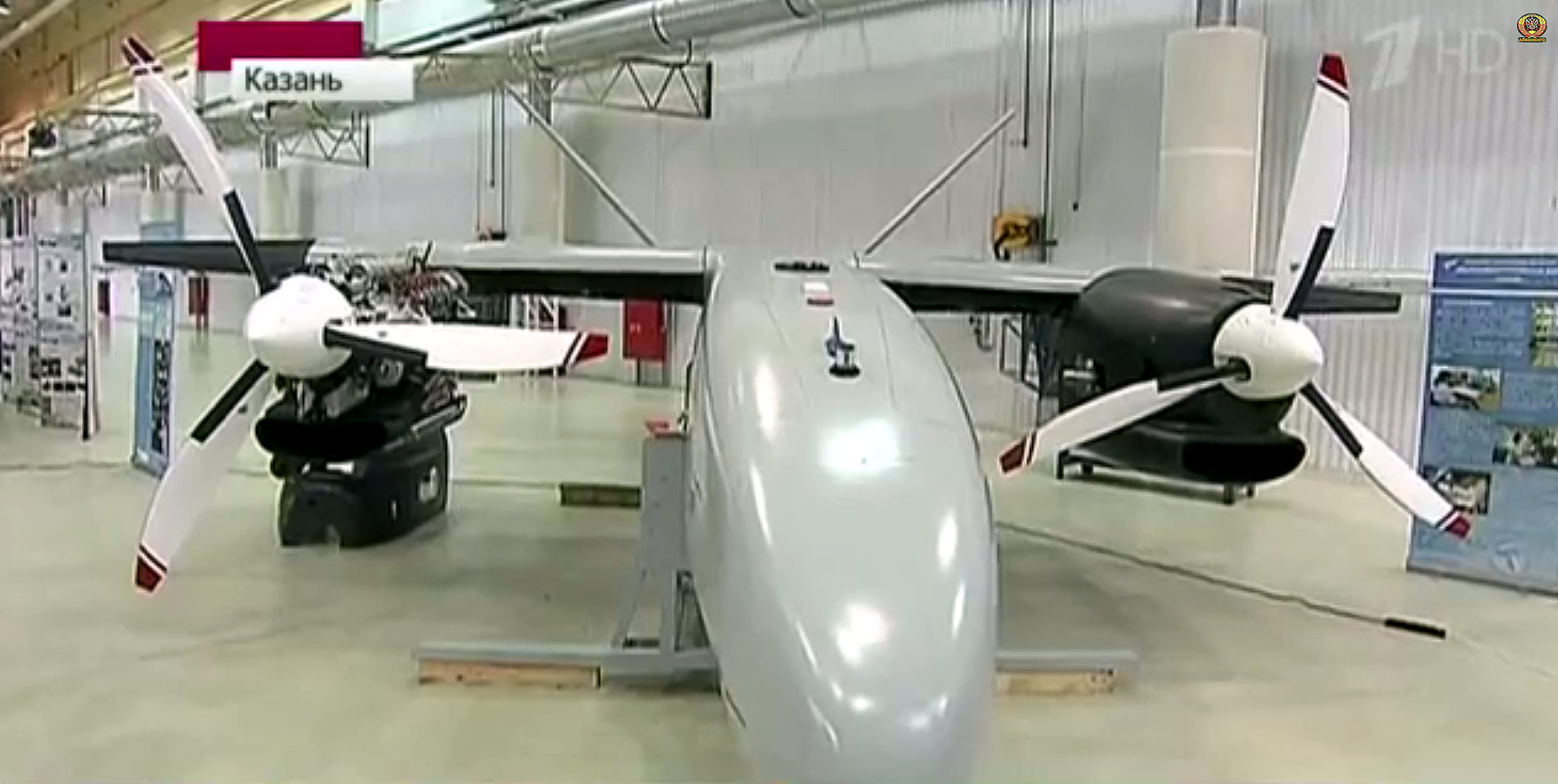 hope they remove the propellers int he final version.
GarryB

Do you mean make it a jet powered aircraft?

A UAV needs persistence so propellers are perfect for the job.
Project Canada

Is having 2 engine propellers better than 1? (Predator)
SeigSoloyvov

Jet powered drone yes, Nothing against Props but Russia should have good enough engines that will offer more in terms of speed and maneuverability.

Hard to say I don't count stats until something enters Mass production, because then we know what the general characteristics are.

Rather then in testing/Pre-Production things change.

I assume they tho Russia who makes the best Jet/rocket engines could easily put some on that thing and outmatch those props.

Two engines is always better than one. In case of failure the aircraft can still make it back to base in one piece. This is actually
of value for UAVs since they may operate in a quiet mode in terms of data transmissions and could accumulate intel on board
for retrieval later.

Somehow I think that Russian companies have enough skilled staff to work through various scenarios based on criteria imposed by
the buyer. For sure they are doing a better job than internet experts such as us.
GarryB

It really depends on the mission of the aircraft.

For long periods of low to medium speed loitering then props would be rather better than jets.

Manouver capability is largely irrelevant in terms of an unmanned aerial drone... a tight turning circle is quite unimportant... you will find UAVs performing a wide circular or oval orbit around a target area... it certainly wont be pulling high gs in doing so... the ability to fly at low speed would be more valuable here too.
r111

Would be interesting to see strike UAV provide CAS in Aleppo-like setting.

Saturate the area with a number of UAV, always (7x24) loitering, targeting advancing units, resupply traffic and may be even VBIED. Stay in close, secure contact with troops on the ground, say company-level.

While in theory UAV could be used strictly for target detection and lasing, with HE being delivered by rocket launchers on the ground or even guided artillery shells, having short-range Hermes or even Ataka-type UAV munitions right on-board means more immediacy, a giant plus in case of VBIEDs.

here some other isreali similar

Hope they wont try to "boil the ocean", going for fully functional sat uplinks Global Hawk-like version and instead, release "theater" version first. Meaning the radio link would have ~200-400km range, from UAV to ground station, possibly via an airborne re-transmitter. Meaning minimal latency, definitely sub-second from cameras to operator.

Jet powered drone yes, Nothing against Props but Russia should have good enough engines that will offer more in terms of speed and maneuverability.

The propulsion system employed in the Unmanned Aircraft design will be dependent upon design requirements including Specific Fuel Consumption (SFC), propulsive efficieny altitude and speed the aircraft is required to operate at. Piston props offer better performance for the " loitering" dirty dull missions. 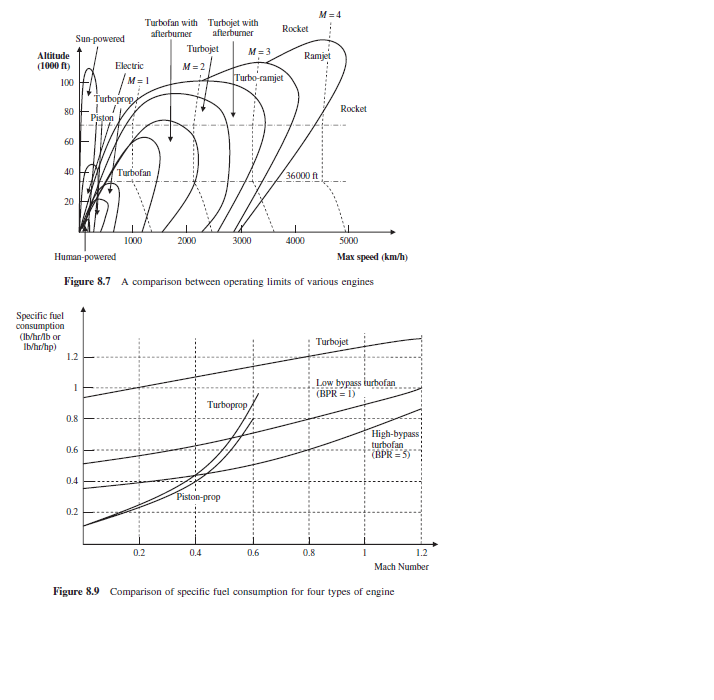 In the case of a UA propulsion system, usually the choice for one engine is sufficient. Power requirements are usually less than 300HP, which can be supplied by a single engine. It means less maintenance , less weight and more space on the air-frame for payloads. Reliability and safety requirements take lesser importance though not being compromised. Aircraft accidents have been caused by one engine inoperable OEI, so this led to multiple engines for redundancy. A UA, however is usually single engine, and is designed to be able to glide to long distances at an angle of about 6 deg. in the case of its single engine failing. Depending on the cruise altitude it has about 50-100 km to find a safe LZ . Additional, there is usually a parachute recovery module as safety feature. Aside though, the products and subsystems in the aerospace industry such as engines are designed to the highest reliability using six sigma and total quality management systems. Loss of control with the GCS has been more common.
GarryB

There is also the factor of power generation... a UAV will need datalink equipment and optronic surveillance equipment... if it has a radar then power requirements will be significant so a second engine will improve the ability to generate extra power when needed.

Having two engines means the body of the aircraft can be made larger for more internal space for fuel and equipment, and the spacing of the engines can limit a critical failure of one engine effecting the performance of the other engine.

Of course it wont effect problems like icing where both engines would be effected... or the impact of a large SAM or AAM where the whole aircraft is shattered by a powerful blast.

Mixed propulsion is another potential interesting situation where you could have a large motor to get airborne and climb and a low power low fuel consumption cruising motor...
Project Canada

So MiG saying it is developing a 5 ton class UAV for the Russian Military... interesting.
AlfaT8

GarryB wrote:So MiG saying it is developing a 5 ton class UAV for the Russian Military... interesting.

About time, they could have made a bunch of Mig-Skats by now if it wasn't for the favoritism towards Sukhois design which we have yet to see.

Update: There are some conflicting stories here, first i heard they picked Sukhois design over Migs, then there's the talk of the Mig design being used in the Sukhoi project and now we have Mig going solo again the hell is going on?
theking950

One client, which Elbit declined to name, has already purchased the system, and a company source said several potential clients around the world have expressed interest.

Elbit said the SkyStriker enables ground forces to improve their "lethality, situational awareness, and survivability" on the battlefield.

The platform locates, acquires, and strikes operator-designated targets, and can be armed with either a 5 kg or 10 kg warhead, which is inserted inside the fuselage.

According to Elbit, the weapon's electric propulsion system has a "low acoustic signature allowing covert operations at low altitudes." It described SkyStriker as "a silent, invisible, and surprise attacker" that can be operated from outside the range of enemy fire.

Its top speed is 100 kts (185 km/h), but it will typically only use this once a target has been acquired. Elbit says SkyStriker's loiter time is two hours with a 5 kg warhead and one hour with a 10 kg warhead.

The weapon employs an autonomous navigation system during the cruising and loitering phases, and can be locked on to a target by the operator using an electro-optical sensor.

"During the strike phase, the drone dives at speeds of up to 300 kts," Elbit said. "The maximum wind velocity for the strike leg is 40 kts with only slight degradation in accuracy performance."

Operators have the ability to abort an attack, go around, and re-engage the same or other targets. The aircraft can be recovered at any stage before an attack at co-ordinates that can be changed by the operator during the flight. Recovery is conducted using a parachute and an inflatable bag that are carried by the vehicle.

The aircraft is transported in a box and the wings have to be assembled before launch, which is carried out using a unique launcher that can be towed by a 4x4 vehicle.
or buy this from israel http://www.janes.com/article/60819/ila-2016-heron-tp-showcased-at-berlin
flamming_python

GarryB wrote:They have a very simple and very cheap suicide drone called an FAB-500 that can be released from an altitude where those on the ground wont even know they are there... they are likely producing tens of thousands of them and wont run out any time soon.

Really... people need to stop looking at the newest fad and think about what the new technology actually brings that is new rather than they hype from the manufacturers and marketing departments.

For that matter I don't actually see why a 'kamikaze drone' is any better than a drone equipped with a TV-guided missile. Only advantage I can think of is that the drone itself will be slower to getting to its target and thus easier to guide - but at the same that's also a disadvantage because it'd be more vulnerable and the enemy would have time to get out of the way.

At least with a missile you'd get to keep the drone. And it can fire again if the first time didn't get the job done.

Perhaps the best solution would be a new class of cheap, 2-stage TV-guided A2G missiles with rudimentary optics/electronics, very short ranges and wide wings.
The UAV will handle the job of getting to the target and sighting it; and the missiles would only serve as its disposable warheads so to speak - their 1st stages will move them at a slow speed but would allow maneuvering, while their 2nd stages would fire off their rocket propellant very quickly; rapidly accelerating them, releasing their wings - and are meant to be used when the target is in the cross-hairs and no further maneuvering is needed.
GarryB

I still think gravity and unpowered light bombs are the answer...

A high flying UAV with powerful optics and perhaps small radar to find targets in any weather equipped with a laser rangefinder and tiny bombs... FAB-10 or FAB-20 if they existed... or FAB-50 for real weapons.

Equip them with a GLONASS guidance package with a backup IR/EO guidance package (perhaps based on the Sokol-1 GLATGM)... when a target is detected and identified just release a single bomb when directly above it... from 15,000m the bomb would rapidly fall and easily get to supersonic speed so the target wont hear what is coming till well after it hits.

Accuracy will be as good as any other weapon type but the low cost nature of the munition and its small size means dozens could be carried internally by a medium sized UAV that could loiter for days.

The munitions being expended would be cheap so you could attack dozens of targets without costing too much.

The small munition would limit collateral damage to nearby things and the long time on station means better situation awareness and fewer gaps in observation.

The main propulsion system and sensors can be reused over and over and are not destroyed when targets are attacked. This means better quality systems can be used and the kill mechanism of the system is much much cheaper.
Sponsored content