GarryB wrote:The west is no better on either count.... at least they don't invade countries every other day and murder thousands of people a year with drones...

Head of NATO says that China is not an enemy of NATO/West. However, these same set of people will suggest that NATO/West needs nuclear weapons to stop Russia.

Imagine.. Russia a country whose economy is just 1/6 of China's and a defence budget that is 1/3 of China's is a threat to the West but China's isn't.

My point is,the West never considered China to be an adversary. In fact China is an ally of the West (along with Pakistan) that helps them to pin down two countries they dislike the most - Russia and India.

I'm with you, Sujoy. You make good posts. And beyond that, I think the west thought it could keep chicoms on a leash while using them for cheap labor. They were wrong ultimately. Western politicians and businessmen sold the west out in their greed. I think many Indians feel their politicians and businessmen are equally as corrupt and unpatriotic. Their money is overseas. Where your money and belongings go, there is where your heart rests.

that the US and its european allies are amusing... it seems having a military for self defence instead of world domination is a bad thing in western eyes.

Also amusing that he included France as a world threat and Russia... I would lump Russia with China as being more defensive and not wanting to rule the world, but he is right on the money with France and now the UK which is probably going to get more colonial now it has left the EU.

Of course his list of world threats really only needs to include the US... because that is what it is and what it represents and what this Chinese and Russian military build up is meant to deal with.

China and Russia don't want to invade countries like the US does, they don't want to rule the world or reshape the world in their image with their values and their fast food franchises... they just want to be left alone and the US seeing that as a threat than needs to be challenged tells you all you need to know about the US and the west that blindly supports them.

BTW you could argue with the comments about experience... the British and French had way more experience than the Germans at the start of WWII and got their butts handed to them because they were fighting like it was WWI part two, at a time when it was a whole new war. What happened to the Soviets would have happened to the British if they had more land to retreat across, but fortunately for them they had a large body of water to shield them from the land limited Germans.

Claiming the Chinese are a new creation less than 100 years old is amusing and of course totally wrong.
AlfaT8

GarryB wrote:BTW you could argue with the comments about experience... the British and French had way more experience than the Germans at the start of WWII and got their butts handed to them because they were fighting like it was WWI part two, at a time when it was a whole new war. What happened to the Soviets would have happened to the British if they had more land to retreat across, but fortunately for them they had a large body of water to shield them from the land limited Germans.

Claiming the Chinese are a new creation less than 100 years old is amusing and of course totally wrong.

Yea, i find his entire "experience" argument to be nonsense.
And more of a coping mechanism in order to maintain his belief in the U.S military.

BP is clearly going threw some "5 stages of grief" as he comes to terms with the decline and inevitable fall of the West.

On the historical point alone, he points towards China's defeat at the hands of Vietnam in the 70s, but conveniently forgets the Korean war.
And if we are talking experience, than shouldn't the U.S forces who still had many battle hardened soldiers and officers from WW2, completely trounce the lesser experienced Chinese forces?
Yet they were pushed pushed back to the 38th parallel.

And then there's the issue of conflating a well a trained modern military with advanced weapon systems, to barely organized terrorists forces with with defunct and scavenged together weapons.
Assuming that having "experience" with the latter, means that you can take on the former, is totally insane.

I can understand why that Sujoy is so very upset with China. Images released by Chinese authorities earlier today shows that Indian Army was badly thrashed by China last year. Cope Sujoy

Experience per say is not a bad thing but it does not solve fundamental problems like not being able to defeat manouvering hypersonic missiles for instance.

The Soviets had experience before facing the Germans in WWII in Spain and Mongolia and also Finland... they learned some useful things, like they need to improve their tanks because T-26s are not good enough and need heavier armour, they learned that the Polikarpov fighters are not terrible but new German planes means they need to upgrade to LaGG and Yak and MiG types with higher performance, and of course the guy in charge of small arms procurement for the Soviets is a dick and should have gone for rather more sub machine guns for troops fighting in forests and built up areas where everyone with a bolt action rifle is not ideal... they also looked at their command structure and training too but not really with enough time to make significant changes.

The Amusing thing is that the HATO trained Georgian force of 2008 had HATO training and recent operational experience but they didn't walk all over the conscript Russian Army despite its flaws and problems.

In fact I would say the Russians turned their military force around without being involved in conflicts and were able to make the necessary changes to C4IRSTAR and equipment and also training to the point where they are a force comparable with any HATO force except for numbers really.

The Chinese don't need to invade a country to learn the lessons from other countries with recent combat experience... they say a smart man learns from his mistakes.... but a smart man actually learns from the mistakes of others and avoids making mistakes himself.
George1

At the UAE airshow, China presented an updated L-15 combat trainer with an "advanced radar system" 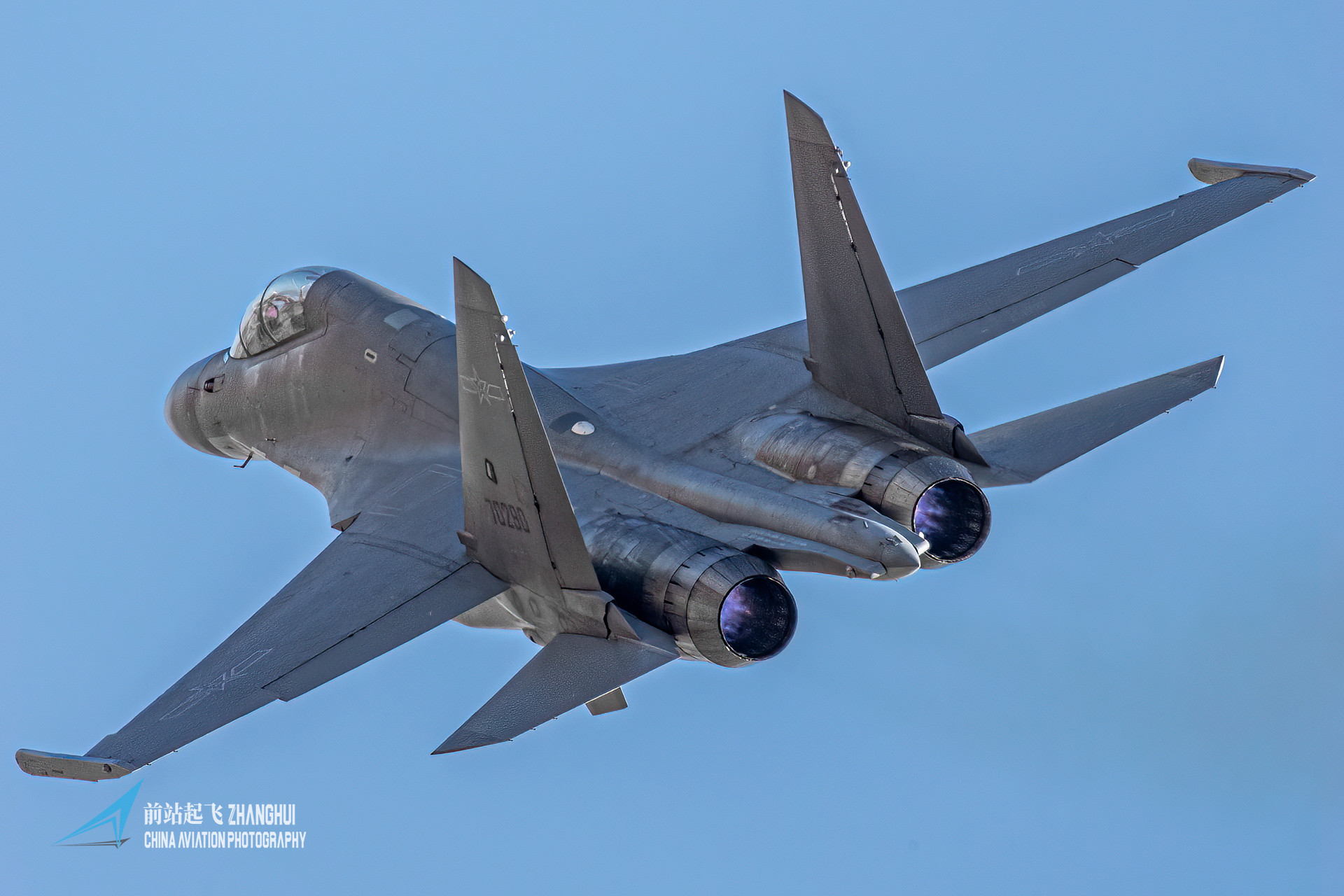 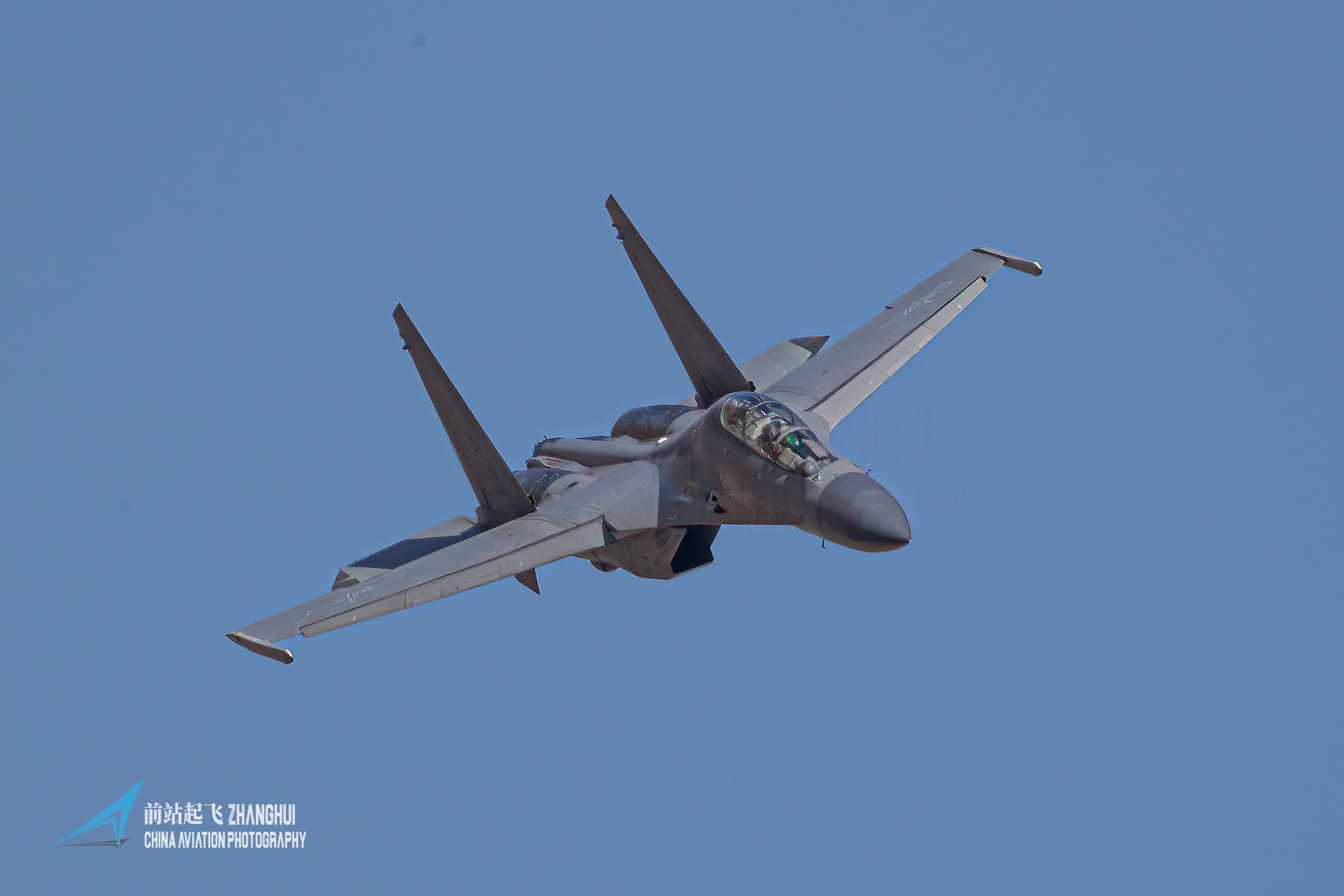 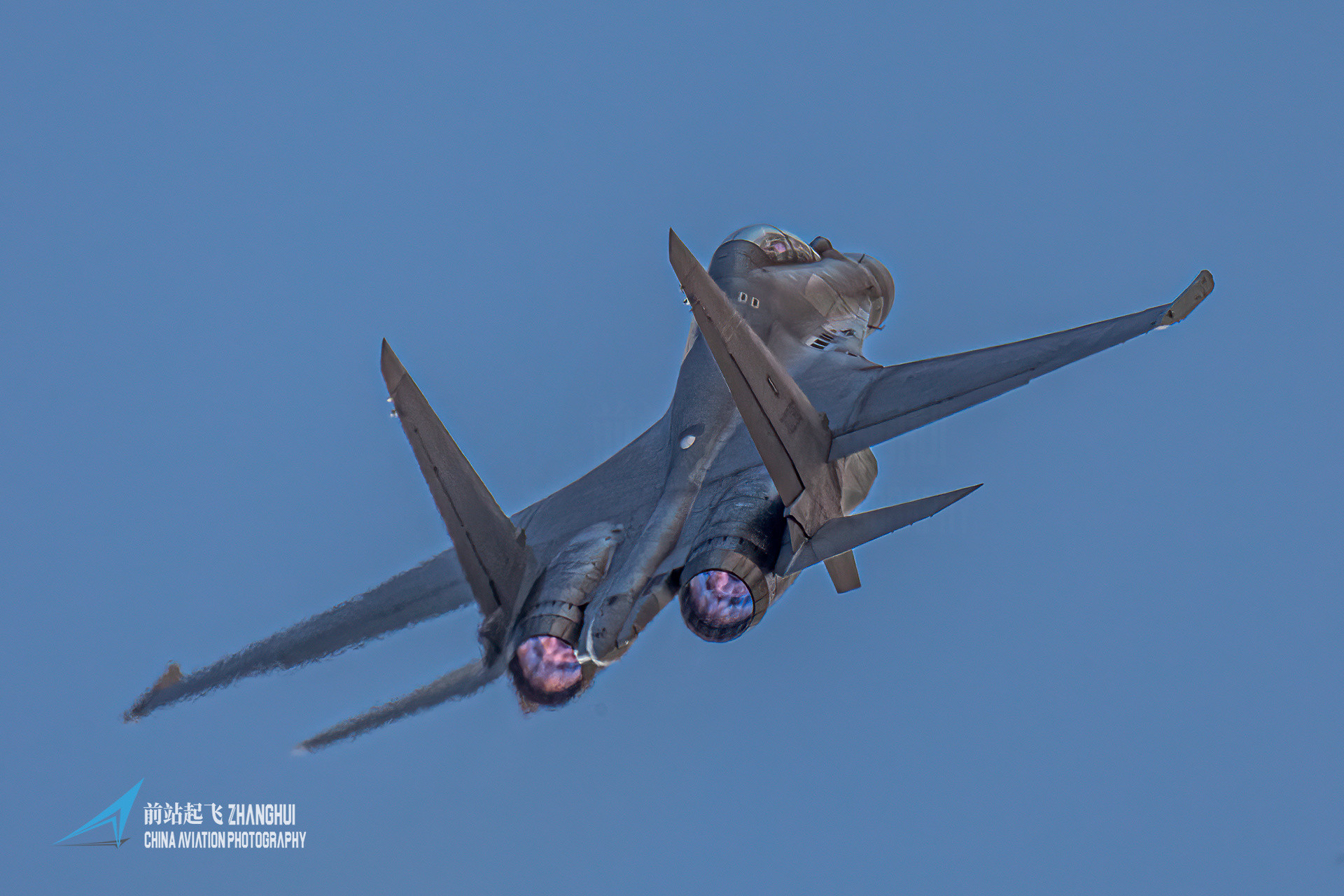 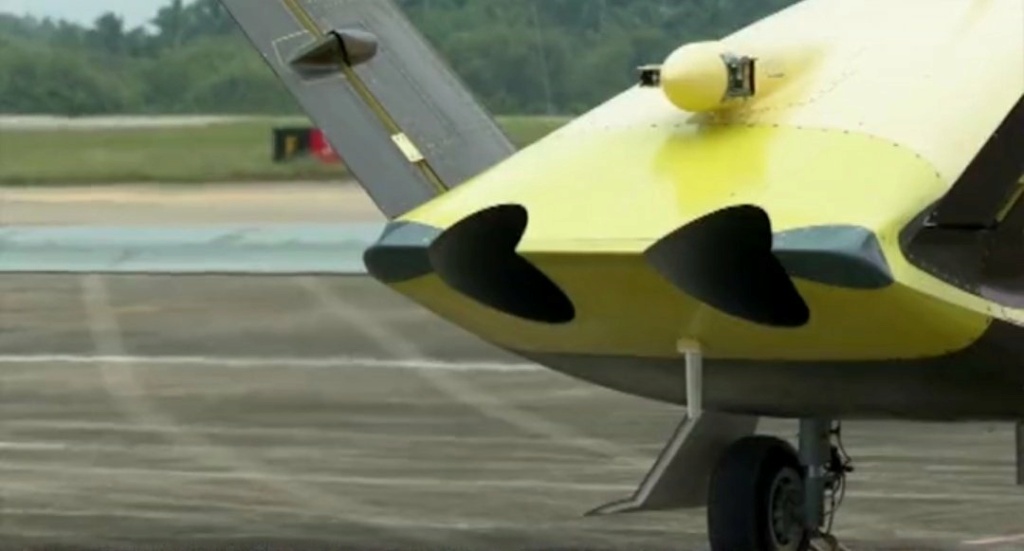 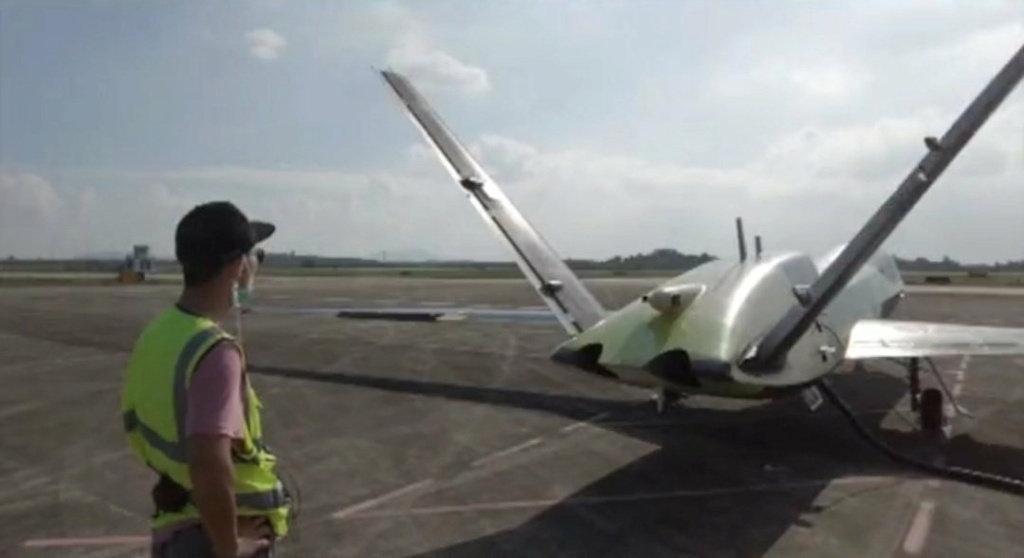 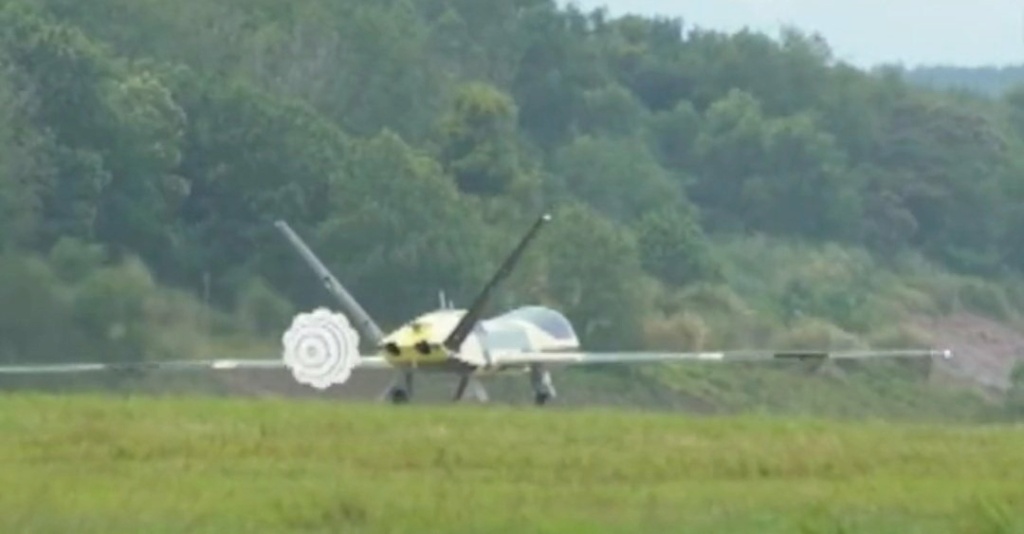 The lower end of the Wing Dong-10 drone