Calm down, 30 is the first contract. 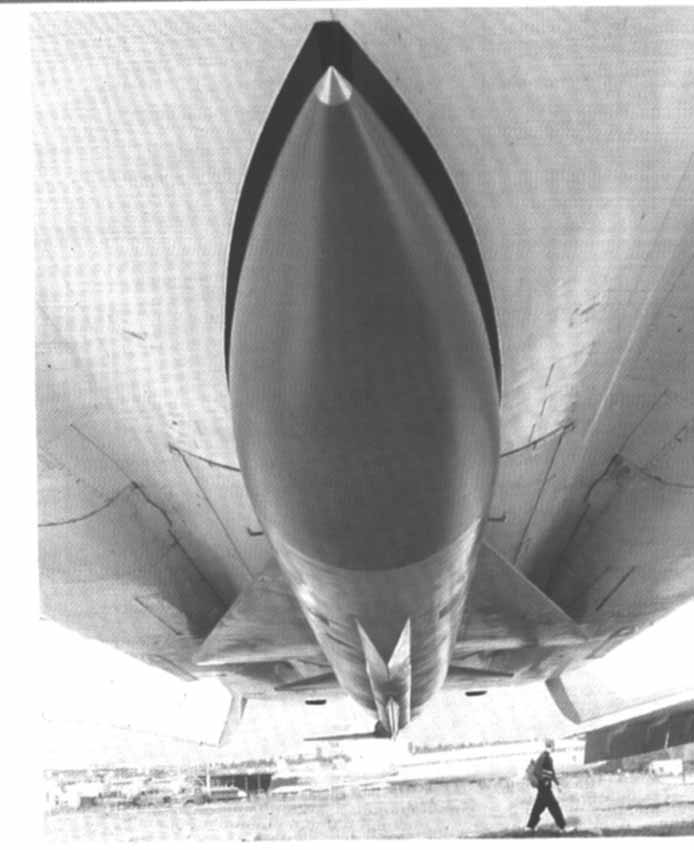 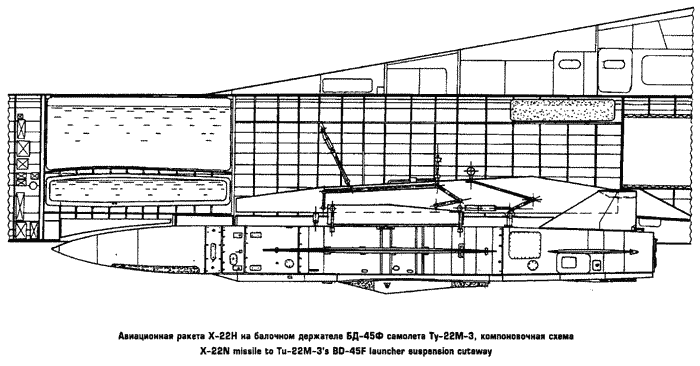 The missile is raised into the bomb bay. The doors can be modified to fit around the missile. 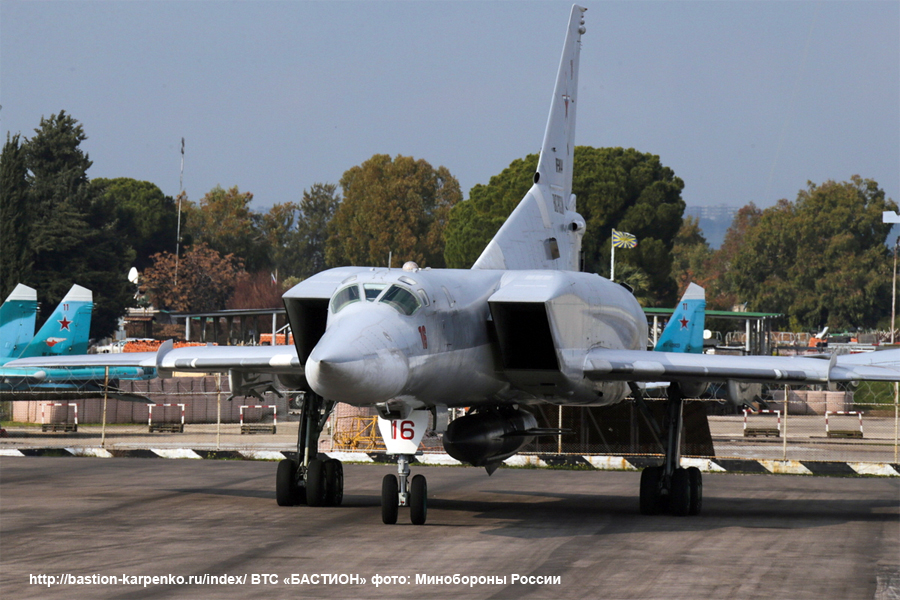 Because the top brass was looking. 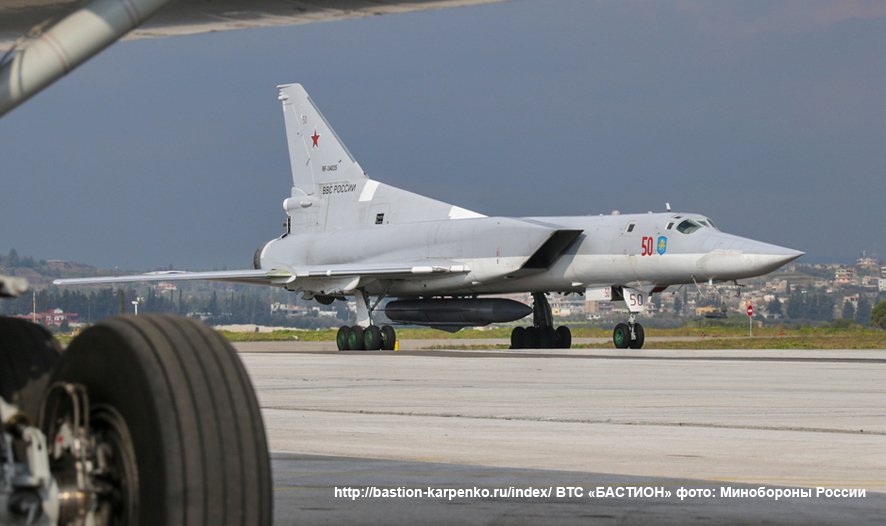 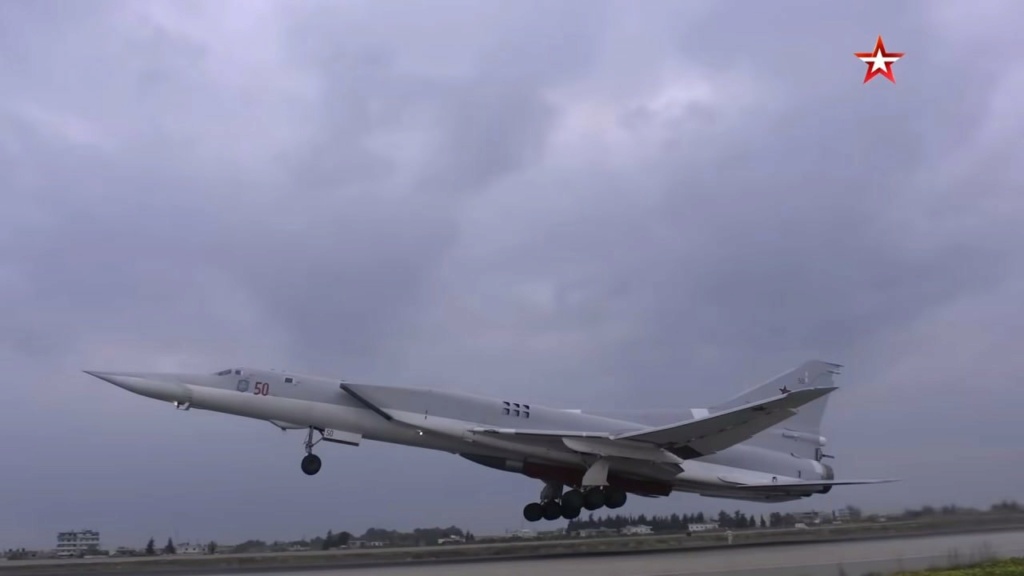 50 getting airborne with semi-recessed missile

It's a big missile. Kinzhal can be carried in greater numbers with a longer range.
Mir

Well now the guys on Russianplanes.net have noticed >>

Pretty clear that this is a Tu-22M3 and not a Tu-22M3M. Anyway it's the first time I've seen the missile suspended in this way.


The missile is raised into the bomb bay. The doors can be modified to fit around the missile.

Thanks for sharing... learn something new all the time...


It's a big missile. Kinzhal can be carried in greater numbers with a longer range.

Well we don't actually know if Kinzhal has been made compatible and how it could be carried.

I'm curious if Tu-22M3's would also get compatibility with guided bombs. particularly the UPAB-1500. It can carry way more than Su-35 or 34's and allows bombing to be made at almost any weather condition.
limb

No need to. They have small ranges and adapted for smaller stealthier planes.

The class of longer range missiles like kh-101 with 2000+km is better situated for it since it keeps the planes at safe distances.

No need to. They have small ranges and adapted for smaller stealthier planes.

The class of longer range missiles like kh-101 with 2000+km is better situated for it since it keeps the planes at safe distances.

Better than only being able to drop bombs or kh-32s.

I would of thought the Russian airforce, would at least upgraded 6-10 tu22 m3's to utilise the kab 500s/1500s on multiple ejector racks under the wings, inlets and internal weapons bay carriage. Plus the added svp 24 system, working with dumb bombs.

It still has so much unleashed potential in that design.
GarryB

The original plan going back before the production of new Tu-160s was to unify the design and equipment of the Tu-95,160,22M3 where ever possible.

So of course the Bear keeps its props but radars for all three aircraft are improved and upgraded and all made the same.

All three aircraft were supposed to get weapons upgrades with a huge new range of guided bombs and missiles to be added to their arsenal.

The decision to build PAK DA however required a brand new factory and if they had to make a new factory anyway they decided to make one with a new titanium forge so the box structure for the swing wings on the Blackjack could be produced to finish two incomplete models from the factory that made them, and extra Blackjacks could be made to bring them up to being a more viable force.

The new factory could then be used to make PAK DA bombers that could replace the Bear in the long range subsonic strategic role but obviously with stealth as well, and also the Backfire in the theatre strike role with a much heavier payload and reduced fuel requirements.

A subsonic flying wing is most efficient and allows the internal volume for lots of fuel and internal weapons, it is inherently stealthy so adding a few touches should make it reasonably stealthy without needing to be excessively expensive.

Its stealth means it can operate at more efficient altitudes, though it could still carry standoff weapons of long range.

Who knows... when production of the Tu-160 ends and PAK DA begins maybe a supersonic transport based on a modified Tu-160 might be considered... equally a flying wing civilian airliner might be another option too... certainly a flying wing would be interesting for AWACS use or inflight refuelling tanker where all the payload options are replace with extra fuel.

su-35s, su-30sm. su-34 can launch them. You dont need such a big aircraft to carry those missiles
GarryB

I rather suspect those promises will be forgotten now, but the Tu-22M3M upgrade included adding a wide range of new and existing guided air to ground weapons.

Kinzhal might be on that list but being a solid rocket motor powered weapon its performance from the Backfire wont be as impressive as it is when launched from a mach 2.4 MiG-31K at 18km altitude.

There is an interesting range of new weapons that will be available soon that will make it very well equipped I suspect.
Sponsored content