Izvestia has gone full retard a while ago.
We should make Izvestia articles a ban worthy offense

Kidding, but seriously, they have zero credibility now.
George1

"Earlier on, those airplanes served within Russian Navy. But in 2011 they were reassigned to Air Force. Now pilots will execute sea-related tasks again", explained the staff officer.

As was told Izvestiya at Air Force Main HQ, all available (about 40) airplanes Tu-22M3 will be meant for antiship missions.

"As a matter of fact, this airplane was designed just as 'flattop killer'. But after the breakup of the Soviet Union, those tasks fell into the shade. Even more, naval aircraft became a kind of a stepchild", said the source.

Recall that Tu-22M was introduced in 1969, in the height of the Cold War, as a platform for supersonic missile Kh-22 designed to counter American aircraft carriers. To find a large-size ship on sea surface, the missile was equipped with radio-contrast homing system. Several years later, the missile was upgraded to engage land targets.

However, antiship function of airplanes was rarely used right up to 2012; latest missile launches at sea targets were held in 1989. Therefore, all Tu-22M3 pilots including those who were reassigned to Air Force are learning to engage warships from scratch.

"Until 2012 pilots of our air group had no even theoretical skills of oversea flights. We used to practice only attacks upon land targets. Now we can orientate and search enemy ships. In April we practiced launches of Kh-22N missiles at sea targets", one of pilots told Izvestiya.

As for him, since early 2012, Tu-22M3 aircraft perform monthly patrols over the Sea of Japan and the Barents Sea.

"In prospect, it is planned that long-range aviation will engage opponent's naval targets with all available assets. Tu-22M3 will hunt for ships, and strategic missile-carrying aircraft Tu-95 and Tu-160 will destroy ports and naval bases", the Russian Navy's spokesman told Izvestiya.

As for him, Tu-22M3 airplanes are capable to detect and attack enemy warships 2,000 km away from home base; Tu-95MS and Tu-160 with new cruise missiles Kh-101 will be able to destroy even the most protected naval bases 10,000 km away from launching site. So far, Russian Navy surface and submarine forces have no such capability except nuclear arms which are not used in conventional conflicts.

"In Soviet Navy, it was submarines and missile-carrying aircraft to destroy enemy ship groups at long distances. Today, submarine fleet has been considerably reduced and cannot perform this kind of tasks. After reassignment of naval missile-carrying aircraft to the Air Force, long-range bombers were the only component capable to accomplish that mission", Scherbakov told Izvestiya. 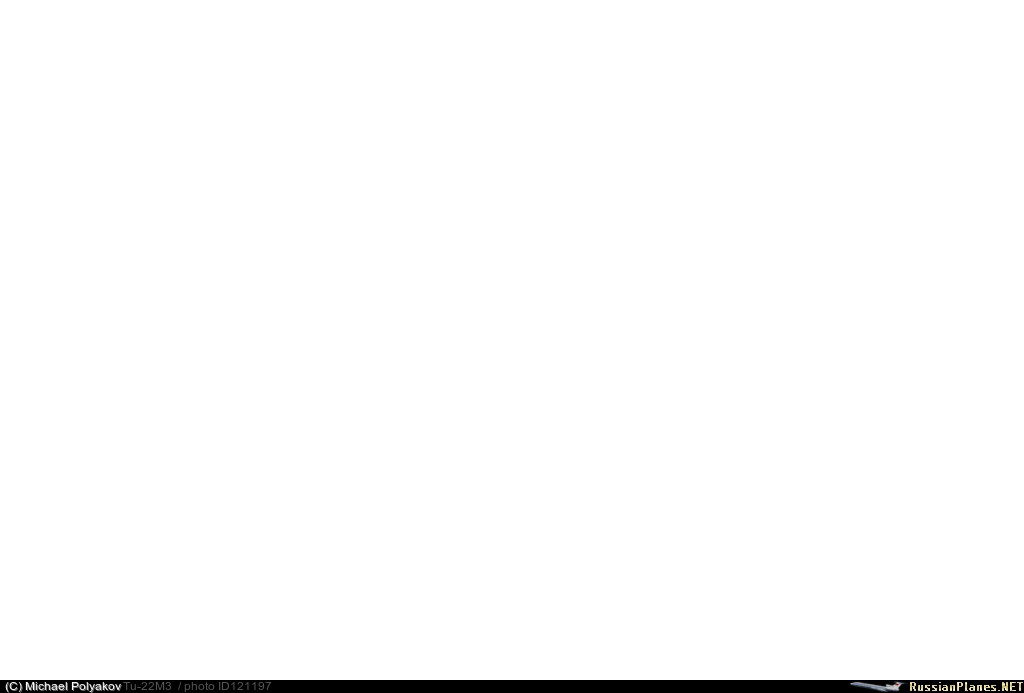 Umm OK what is that?

It looks rather like an AS-5 Kelt, albeit with a short fin at the bottom that the vanilla Kelt doesn't have?.

Problem is I thought all those missiles were withdrawn from service; perhaps a few of the anti-radar variants are still in use?
TR1

That is likely the mighty Kh-32!
Viktor

Ah yes it makes sense that it would be a Kh-22/32.
I just didn't know how they looked until I checked just now.
Austin 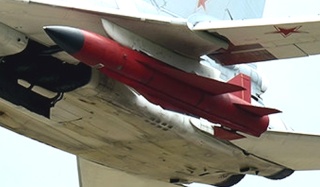 Those photos have been floating around for a while, though it was unclear if it was indeed Kh-32.

TR1 wrote:Those photos have been floating around for a while, though it was unclear if it was indeed Kh-32.

Thanks for those Pics.

The Range of 600-1000 km is really superb as it affords long stand off capability , also the fact that it cruises at 40 Km makes it invulnerable to Air Intercept and many range of SAM.

The principal weapon of modernised Tu-22M3 will be the Kh-32 supersonic air-to-surface missile developed by NPO Raduga as an upgrade of the familiar Kh-22. It features an improved rocket motor and a new seeker head.

The old Kh-22 anti-shipping missile was severely handicapped by its shortrange - a few hundered kilometers, that is, within visual range for a high flying aircraft. Over-the-horizon attackes were all but impossible: the Kh-22's seeker head could not find the target. In a real-life attack scenario against a carrier task force, the Tu-22M3 would have to break through fightercover , inevitably suffering loss.

Raguda new Kh-32 is the solution. While Kh-22 climbs to 22000m and acclerates to about 3600 km/h on the way to target, the Kh-32 at first soars up almost to the outer space an altitude of some 44 km/27.3 miles then "looks beyond the horizon", detecting the target at 600 km or even 1000 km range. The warhead/seeker of the new missile is much smarter - it can classify the targets and select the priority target an aircraft carrier or cruiser.

Also the Kh-32 closes on the target at much higher speed, which makes it impossible to intercept. In Russia that this missile and the Tu-22M3 modernisation to carry it are considered a serious military detterent and an effective weapon against the most powerful carrier task force. Test of the Kh-32 were successfuly conpleted back in late 1990 in so doing the long range aviation worked in close co-operation with the Navy,which willing supplied decommisioned warships as target.

AFAIK the new rocket motor accelerates the missile to a flight speed of mach 4.5... the airframe itself is offered as a test platform for high altitude studies with heavy payloads of equipment and sensors while flying at sub mach 5 speeds.

The Kh-22M is out of service, as is its dangerous liquid fuel Red Fuming Nitric Acid (RFNA)... it is unknown what fuel the new Kh-32 uses but it may be a storable liquid that does not require fuelling just before take off.
TR1

What I am interested in is approach speed, and if it is faster than Kh-22.
George1

Not very clear are they?

The VMF birds were transferred to the AF and likely a lot were put into storage till they decided what to do with them... I would want a better source (in both cases... wiki and this British source) before I considered these numbers concrete.

They have committed to upgrading at least 30 to Tu-22M3M standard by 2020.
GarryB

What I am interested in is approach speed, and if it is faster than Kh-22.

AFAIK they talked about double range and double speed for the Kh-32 over the Kh-22M.

Launching two missiles... note how little smoke there is... 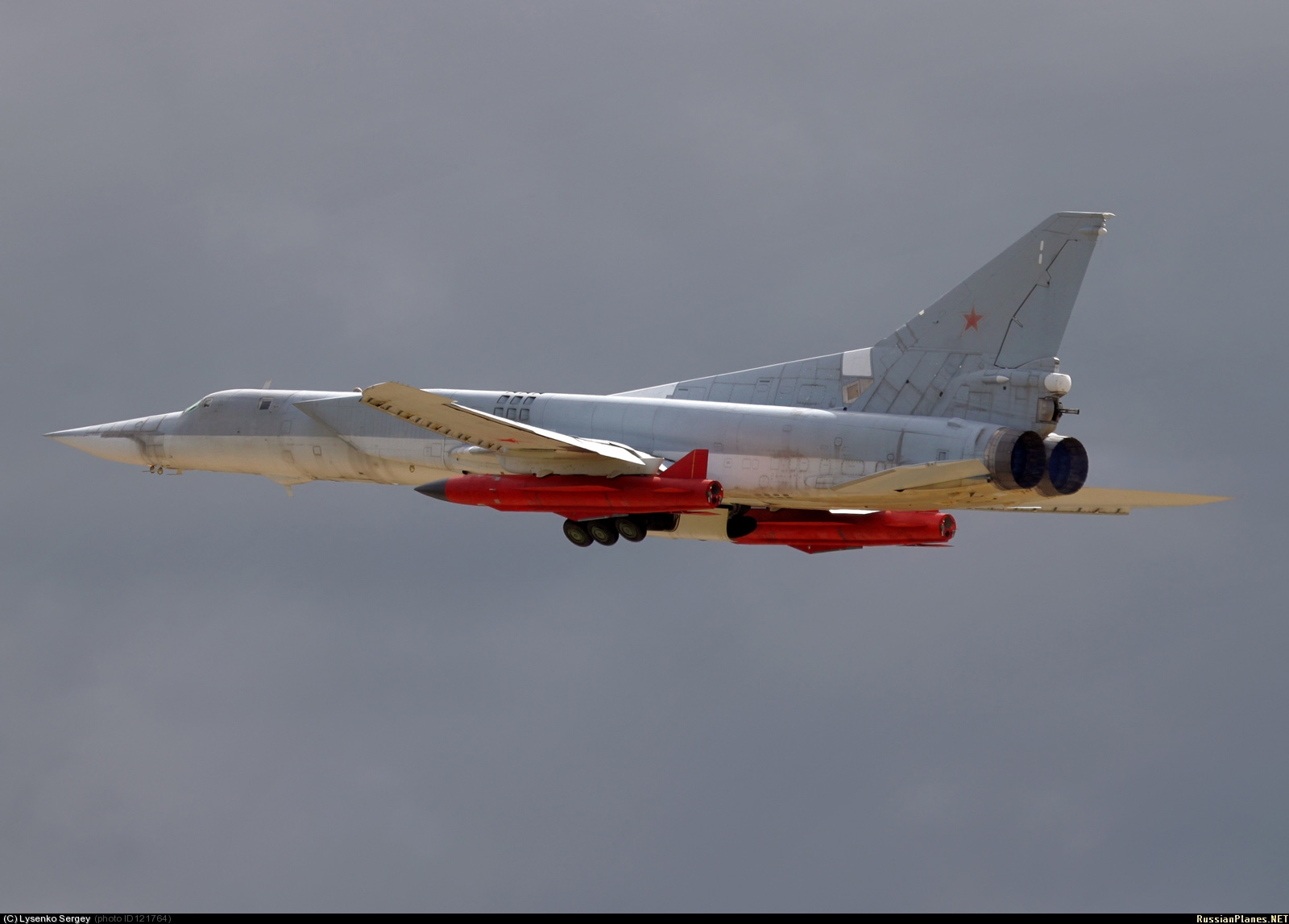 
In development is the Kh-32, which is expected to be able to hit targets at distances up to 1000 km with great accuracy. By 2020, 30 Tu-22M3 must be upgraded to version Tu-22M3M and it will be armed with these missiles.


In development is the Kh-32, which is expected to be able to hit targets at distances up to 1000 km with great accuracy. By 2020, 30 Tu-22M3 must be upgraded to version Tu-22M3M and it will be armed with these missiles.

Speeding up the modernization plan for strategic fleet

Exactly. Basically the same situation as with MiG-31 modernization.

Who can tell a few words about this modernization?
mack8 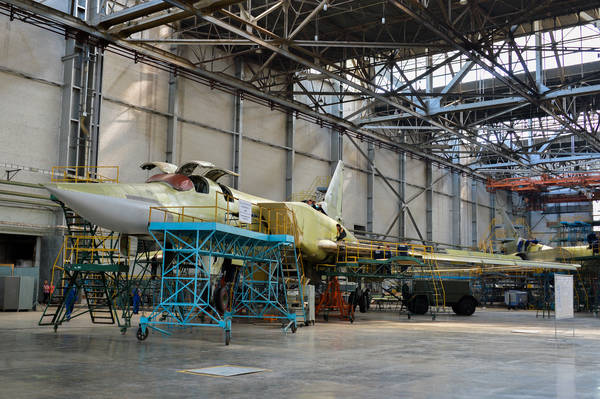 The Tu-22M3M is not considered a strategic aircraft... unless they have reinstalled the inflight refuelling probes...

The strategic aircraft getting upgrades are Tu-95MSM and Tu-160M.
Sponsored content