Shore based helos, MPA & SSKs r better than small/medium missile boats not designed nor suited for the ASW.
Big_Gazza

Effective coastal ASW requires multiple types of systems, working together. Each has their pros and cons, but together they make up for each others deficiences.
Tsavo Lion 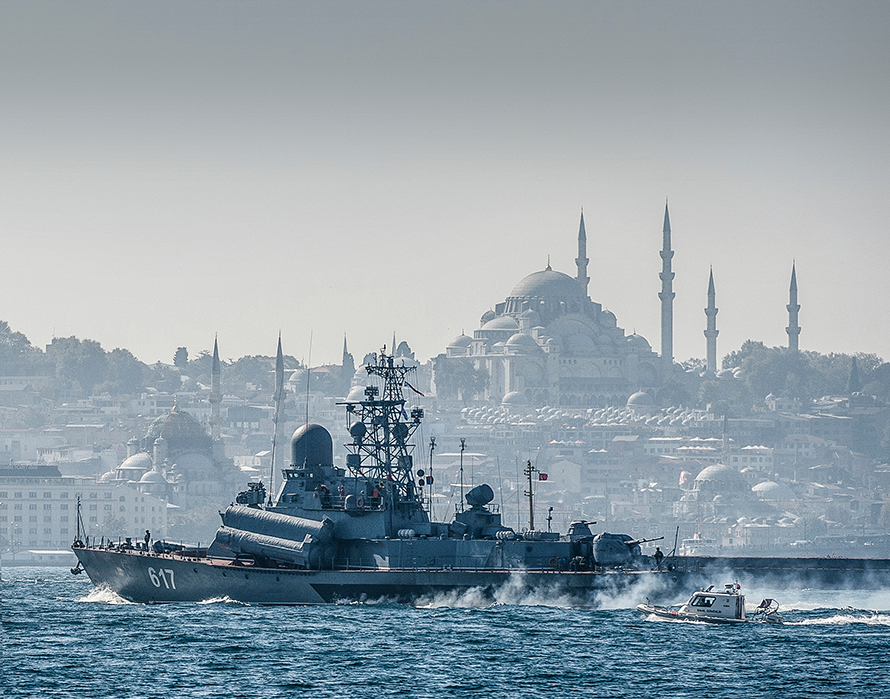 That pic is not Grisha but  Nanuchka class , small missile ship. BTW those minarets look more like Istanbul not Arctic to me

I got it here: Old enemies: Russian Grisha-class Corvette 617 Mirazh passes through the Bosphorus on its way to Syria
https://mondediplo.com/2019/02/08black-sea

Corvets have a radar picket role:
Rest in peace: the US described the actions of Russia against aircraft carriers

I don't think has been posted, some training footage
hoom 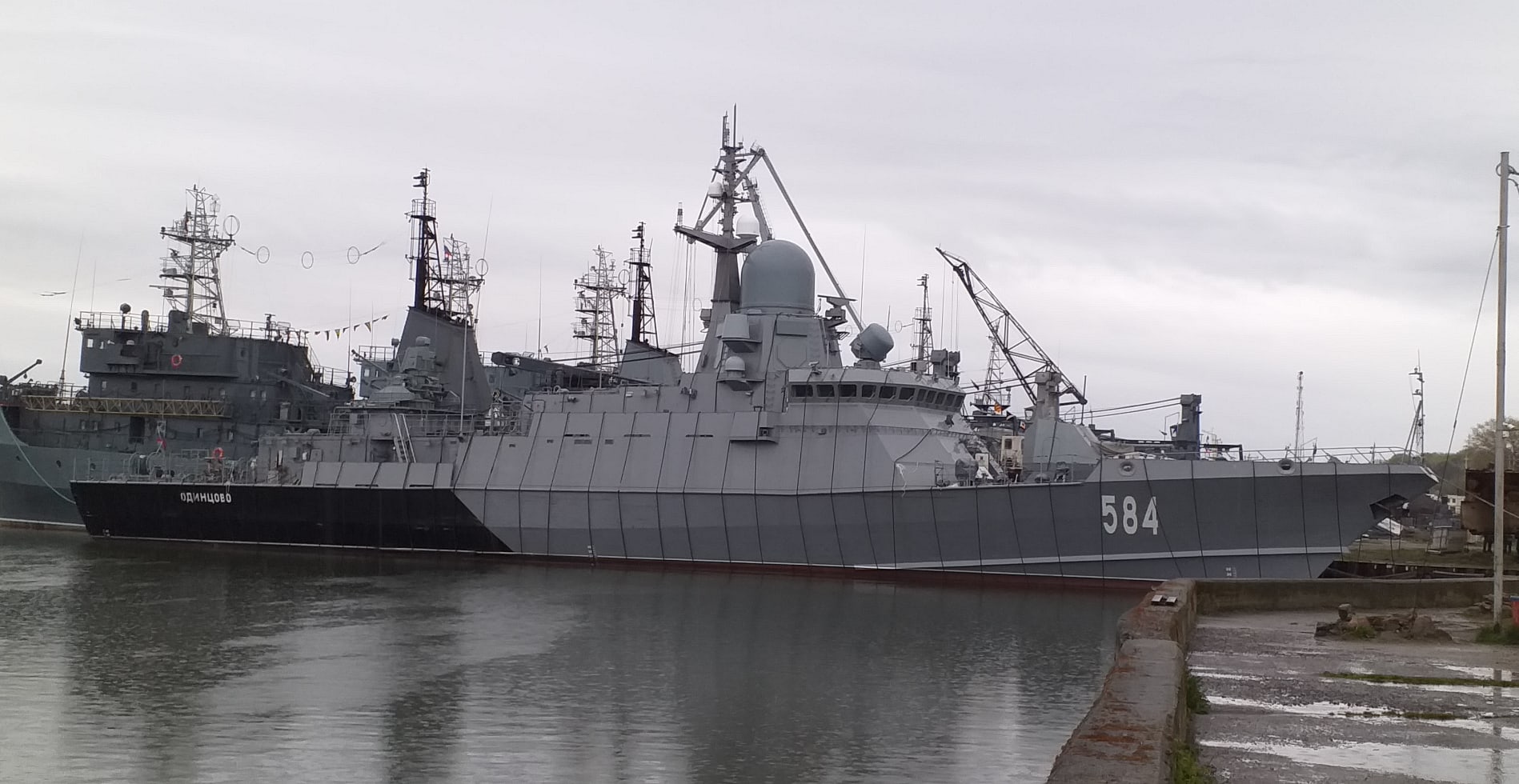 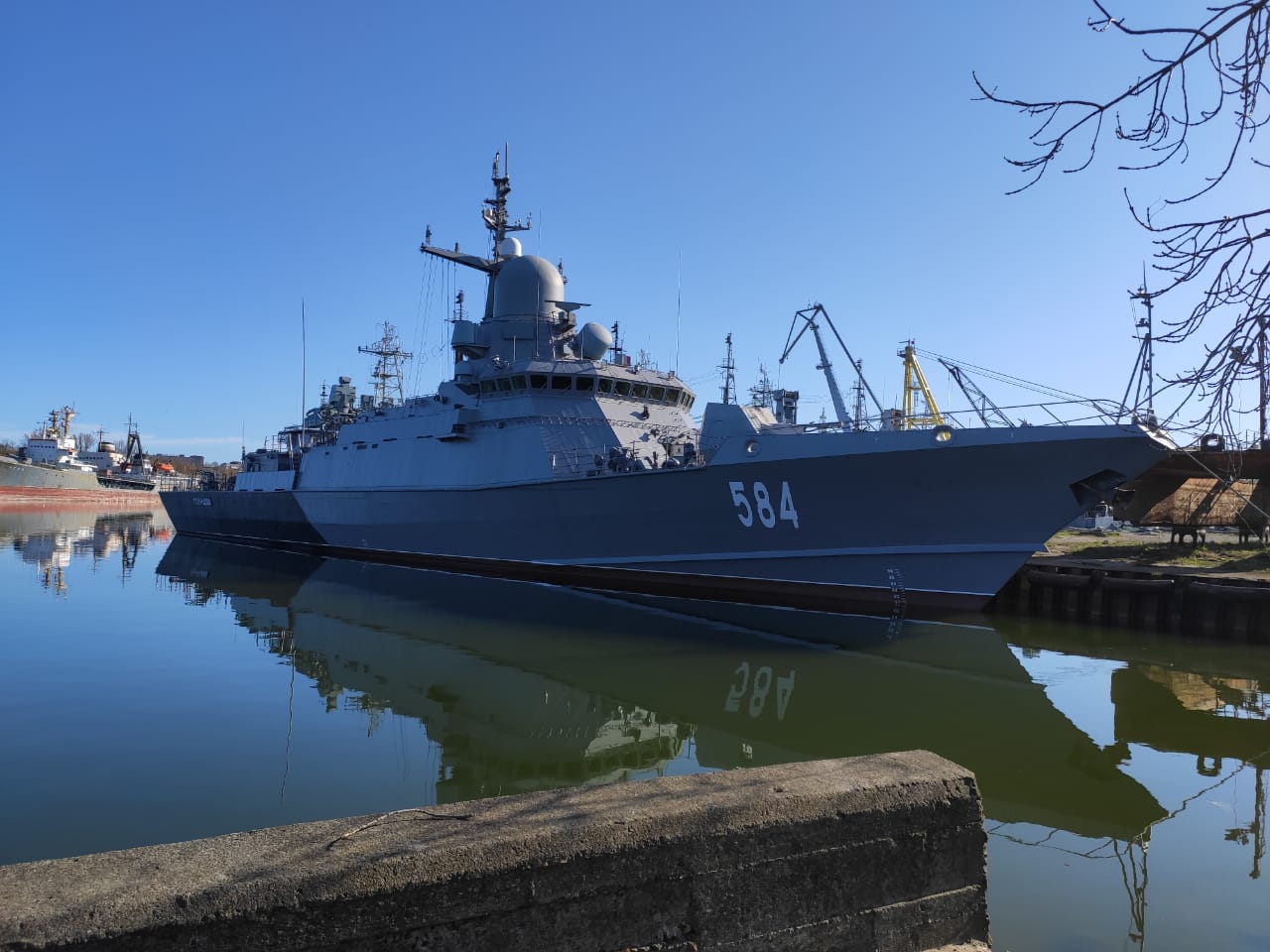 Next one Burya looks like its getting an install 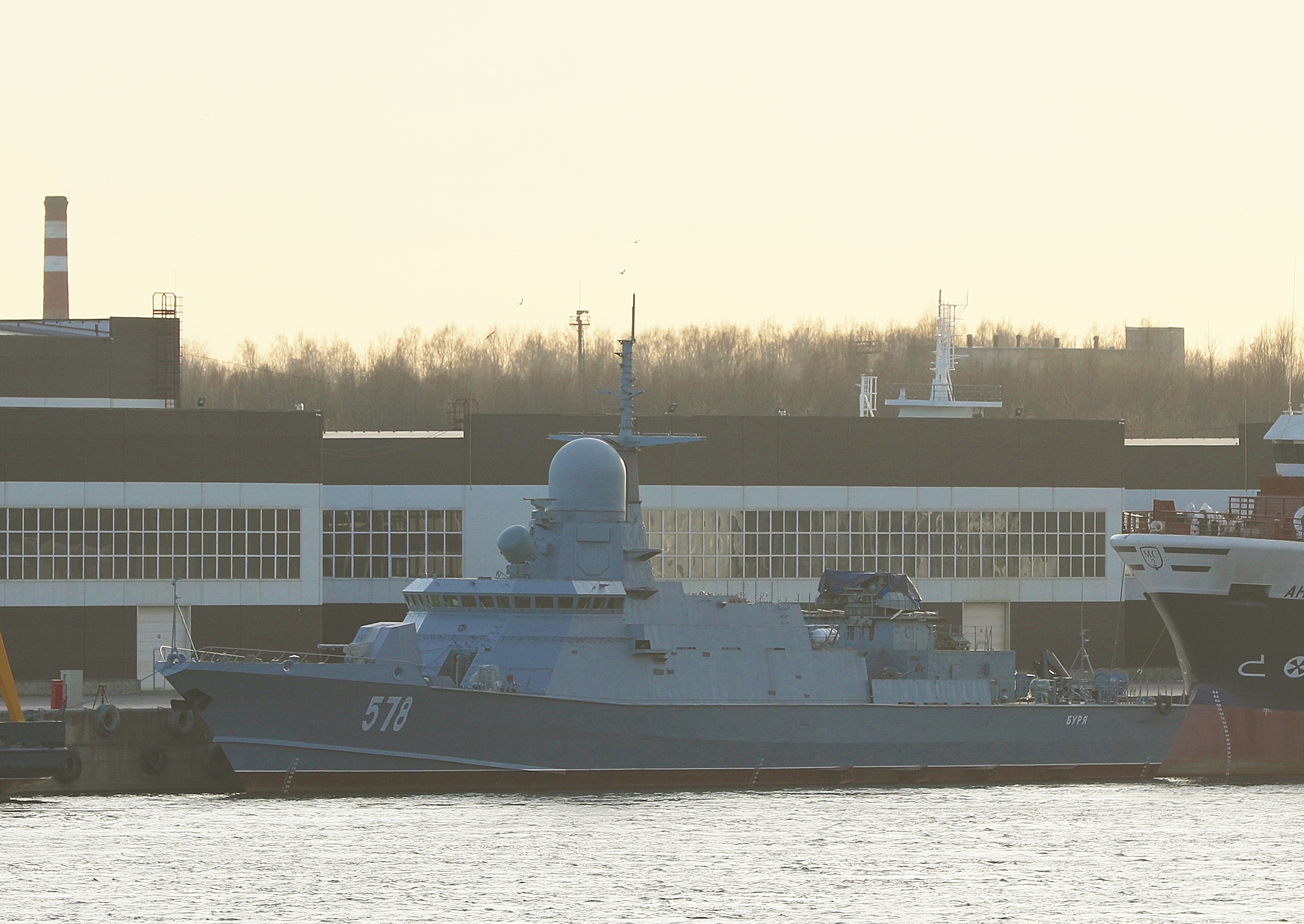 And the Kerch boats are on the move again

Finally something is going on with this class, whey have now, what, 4-5 hulls that are just sitting idle waiting on engines. That's 7 ships total, at least, with Long range precision missiles, more firepower then some entire Navy's.

The barrels are still missing o the Pantsir! 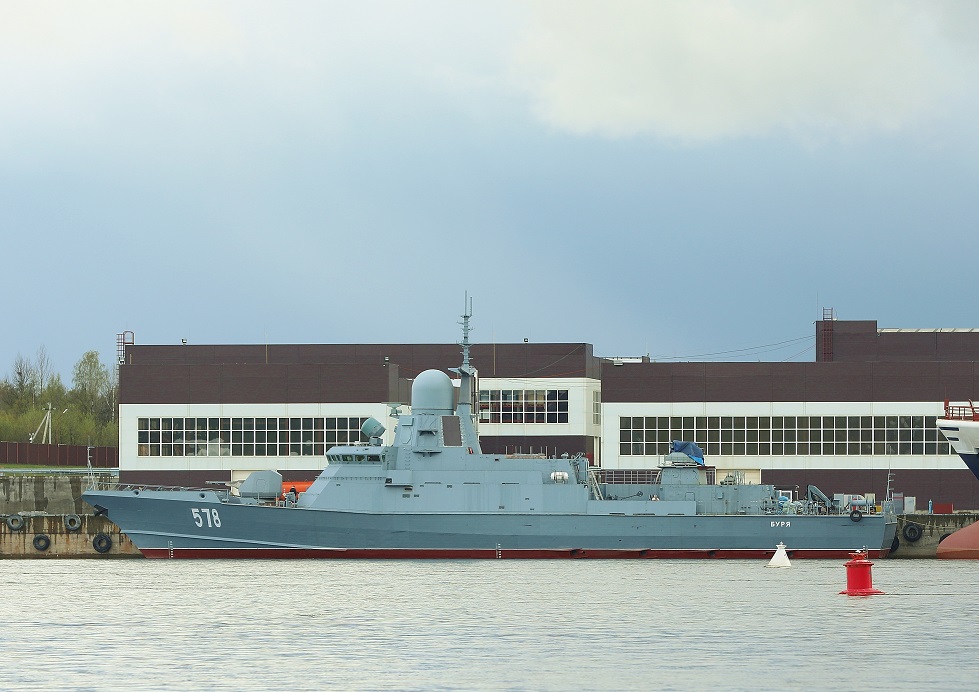 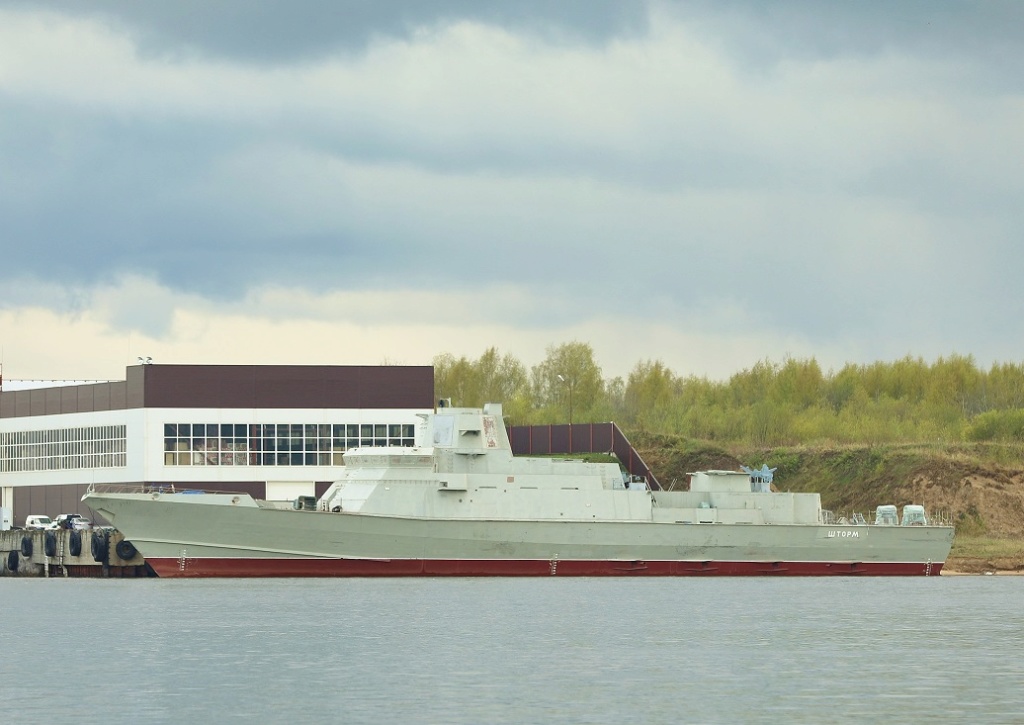 MOSCOW, May 18. /TASS/. The Baltic Fleet will receive a batch of six Project 22800 missile corvettes, armed with the Kalibr cruise missiles; four of them will also be armed with the Pantsir-M close-in weapon systems, which will soon undergo testing on the Odintsovo corvette, Russian Navy Commander Admiral Nikolay Yevmenov announced Monday.

"Soon, the surface part of the Baltic Fleet will be reinforced with a batch of six Project 22800 missile corvettes. Four of them will carry a naval version of the Pantsir system. Odintsovo will become the first one, the Pantsir system will undergo testing on this ship," the Commander’s congratulatory telegram to the sailors, dedicated to the Fleet’s 317th anniversary, says, according to the Fleet press service.

The Odintsovo corvette was initially laid down under Shkval name at the Saint Petersburg’s Pella shipyard on July 29, 2016; it was commissioned on May 5, 2018. The corvette is the first ship to be equipped with the naval version of the Pantsir system.

The Project 22800 corvettes are equipped with Kalibr cruise missiles, modern control, radio, navigation, electronic warfare systems, counter-diversion armaments, man-portable air-defense systems. The ships are designed to act either as part of naval groups or on their own.

The fate of "Karakurt": distributed the first batch of small missile ships

The six latest RTOs will receive the Baltic, Black Sea and Pacific fleets

Small missile ships (RTOs) "Karakurt" will be divided between the fleets. Those who left the shipbuilding yards of 18 RTOs will be sent to the Pacific Ocean, the Baltic and Black Seas in equal shares - six units each. The Caspian Flotilla and the Northern Fleet will be left without the “kids” of this project. Experts note that this decision can be called unexpected, since it was originally planned to create one powerful missile group in the Navy and not to spray ships.

Hit from an ambush
A preliminary decision on the distribution of RTOs of project 22800 Karakurt was taken by the Navy Commander-in-Chief. However, it can still be adjusted - it depends on the timing of the implementation of the shipbuilding program, sources in the military department told Izvestia. RTOs have more than once unexpectedly been transferred from one fleet to another.


But original plan was to have 18 Karakurts in one place? That would have been something, overkill of course but still would be cool

Caspian fleet has enough ships. No big threats there to justify more of them. If they want more UKSK just put the container kalibr launchers on civilian ships.

All the other fleets needs more ships.
PapaDragon

Isos wrote:Caspian fleet has enough ships. No big threats there to justify more of them. If they want more UKSK just put the container kalibr launchers on civilian ships. ...

Container Kalibrs don't exist so can we please stop with fanboying already?


Caspian Sea is perfect location for Byans, you hold entire Middle East/Central Asia in range from there

Container Kalibrs don't exist so can we please stop with fanboying already?

It exists but not deployed/bought.


Caspian Sea is perfect location for Byans, you hold entire Middle East/Central Asia in range from there

Nato/Turley is a bigger concern for Russia. Middle east isn't Russia's problem and the Caspian neighbours are too weak to put in danger Russia.

They don't get that much new ships to allow relocating of Buyans and that's more true with the operation in Mediteranean that takes away half of the black sea fleet there constantly. That won't change for the next 15 years and conflicts like Syria will multiply recquiring more of the other fleet's ships.

Caspian sea isn't a priority for sure.
JohninMK

Caspian sea isn't a priority for sure.

Now that missiles are getting longer ranges the Caspian is a pretty good place to keep assets safely out of harms way. Much of what they would be tasked with in the Black Sea they could surely do from there?
TheArmenian

Capsian Flotilla is already well stocked with the Gepard class frigates and Buyan-Ms; plus some older missile boats. It really doesn't need anything else. And the Buyan-Ms are good as they add versatility through their long-range missile capabilities; Russia is capable of striking targets in the Middle East from there.

The Karakurt meanwhile is a sort of ocean-rated version of the Buyan-M, given their construction and higher endurance. There are really only 2 fleets where it makes sense for them to be in - and those are the Pacific and Northern fleets. Perhaps you can make a case for the Mediterranean task force as well. The Baltic Fleet for sure can make do with the Buyan-M in place of the Karakurt.

Caspian sea isn't a priority for sure.

Now that missiles are getting longer ranges the Caspian is a pretty good place to keep assets safely out of harms way. Much of what they would be tasked with in the Black Sea they could surely do from there?

The opposite is actually half true. If you need to send reinforcement in the Med you needs to send ships from the black sea. They also cover the middle east with kalibr but not as much as from the Caspian sea because they are not that close to each other.

The naval threat in the caspian doesn't exist. In the black sea it exists and a ship is not only kalibr missiles but also radar and gun.

"Odintsovo", built at the Pella shipyard for the Baltic Fleet, went to factory sea trials 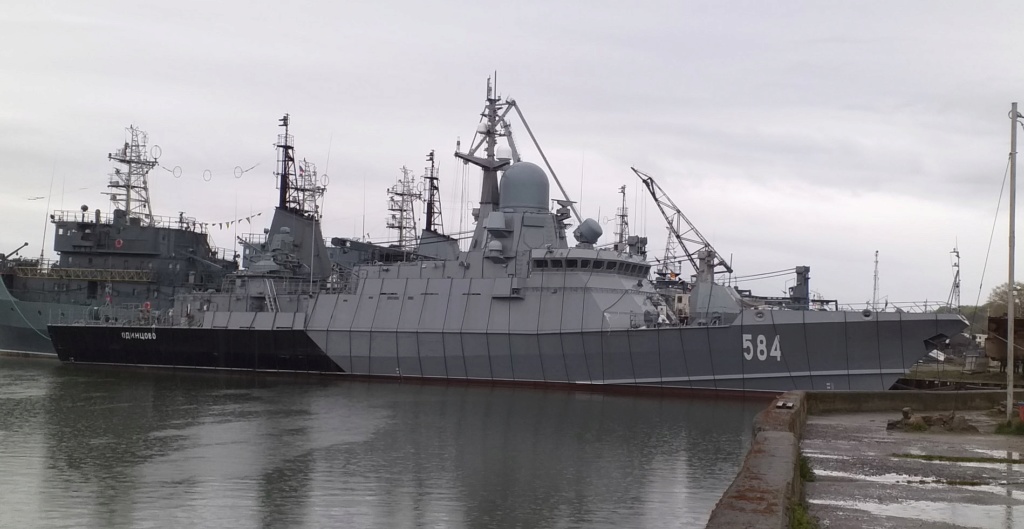 I doubt that it was the plan to send all ships to one fleet. The task of the small missile ships is not only to engage enemy ships, but to enhance the precision strike capabilities of a fleet. By putting all ships into one area, lets say the Black Sea, the pacific area or the arctic would gain nothing.

In the end there could be 18 MRK´s per fleet (Buyan-M´s + Karakurts). 30 are already ordered. There are 3 or even 4 yards building them. There are rumours that more Buyan-M´s will be ordered and we already seen a possible modernised, enlarged version of Karakurt. If all yards receive a new order of 6 ships each that would take the toll to 60 units. Not far from the numbers you need to equip the four fleets with 18 ships. 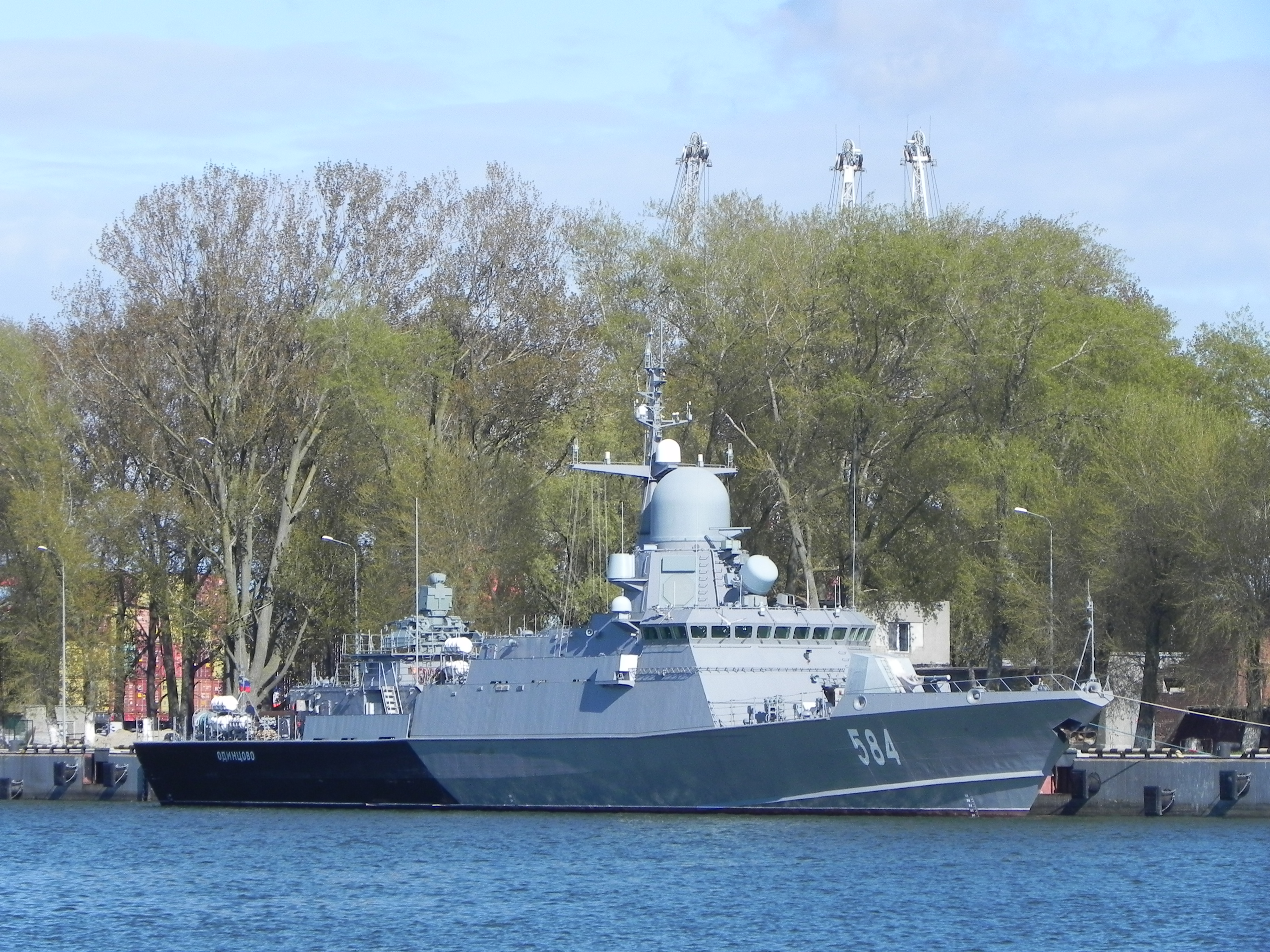 The Rocket Kids passed an important exam. The newest small missile ships (RTOs) of the 22800 Karakurt project underwent a comprehensive test for the first time. Its results are recognized as successful. During the monthly campaign, the Sovetsk and Mytishchi MRCs proved that they have high autonomy, low visibility, and great fire capabilities. During the maneuvers, the crews conducted training launches of the Caliber and Yakhont Oniks cruise missiles, repelled an air attack and completed a number of other tasks. Experts note that such a long trip was a difficult test for ships with a displacement of 800 tons, but now there is no doubt about the need to continue production of this series

Until today, ships of this class have not spent autonomous navigation for such a long time. And although it was previously stated that the characteristics of RTOs allow them to go on long hikes, this had to be checked in practice. Now, when they passed the exam, there was no doubt that the production of the series should continue, the sources said.

For such small ships as the Karakurt, a month at sea is a difficult test, said Admiral Valentin Selivanov, the former chief of the Main Staff of the Navy.

“For crews, such exercises are a good school,” he said. - The team rallies and is not distracted by extraneous matters. When the ship, as the sailors say, stands near the wall at the base, in the evening officers and sailors go home to their families. At sea, they will not have such an opportunity - there they should be fully focused on combat training.