Next one has been launched, Askold at Kerch

No hiding the depth-marks here, someone goes to gulag? 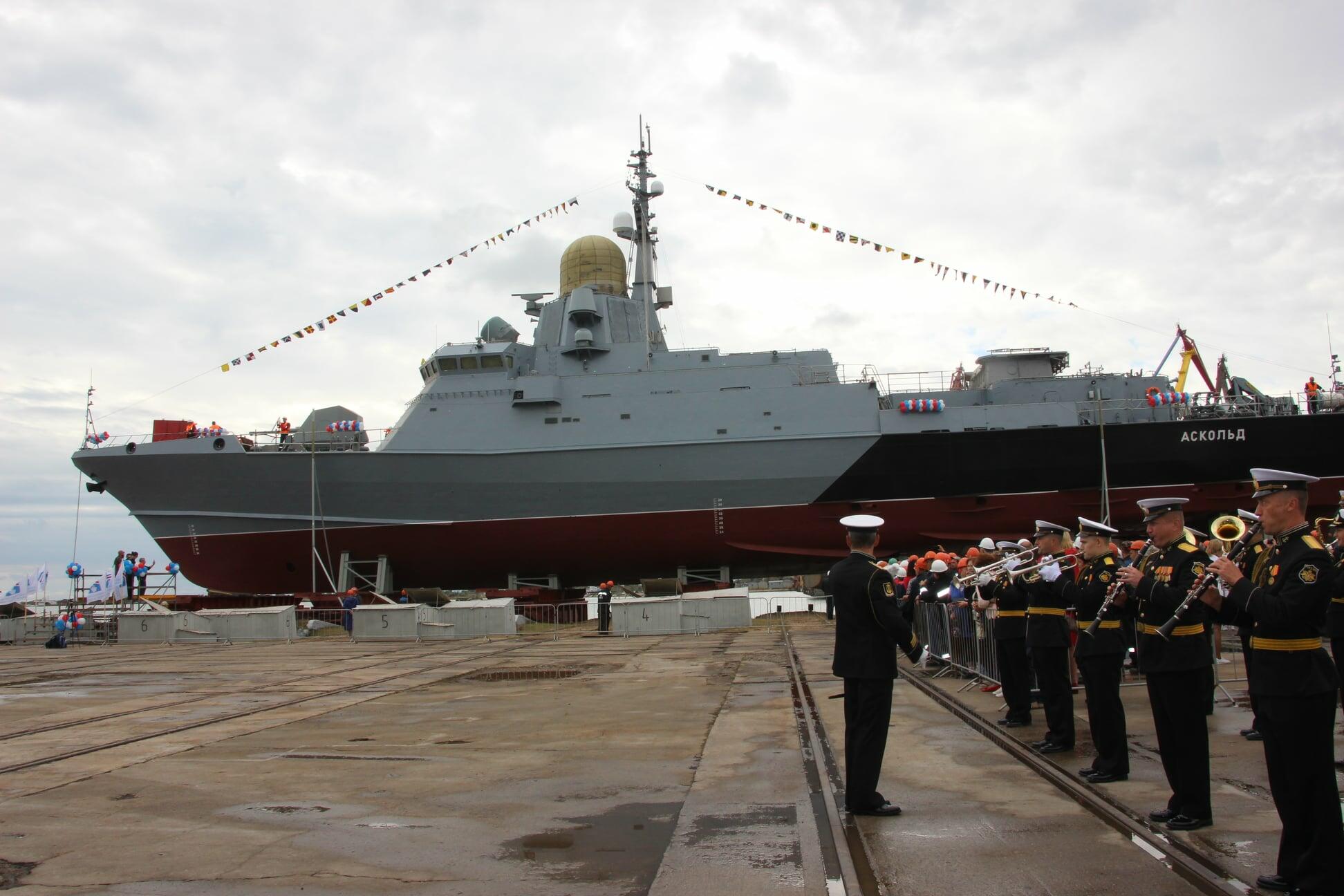 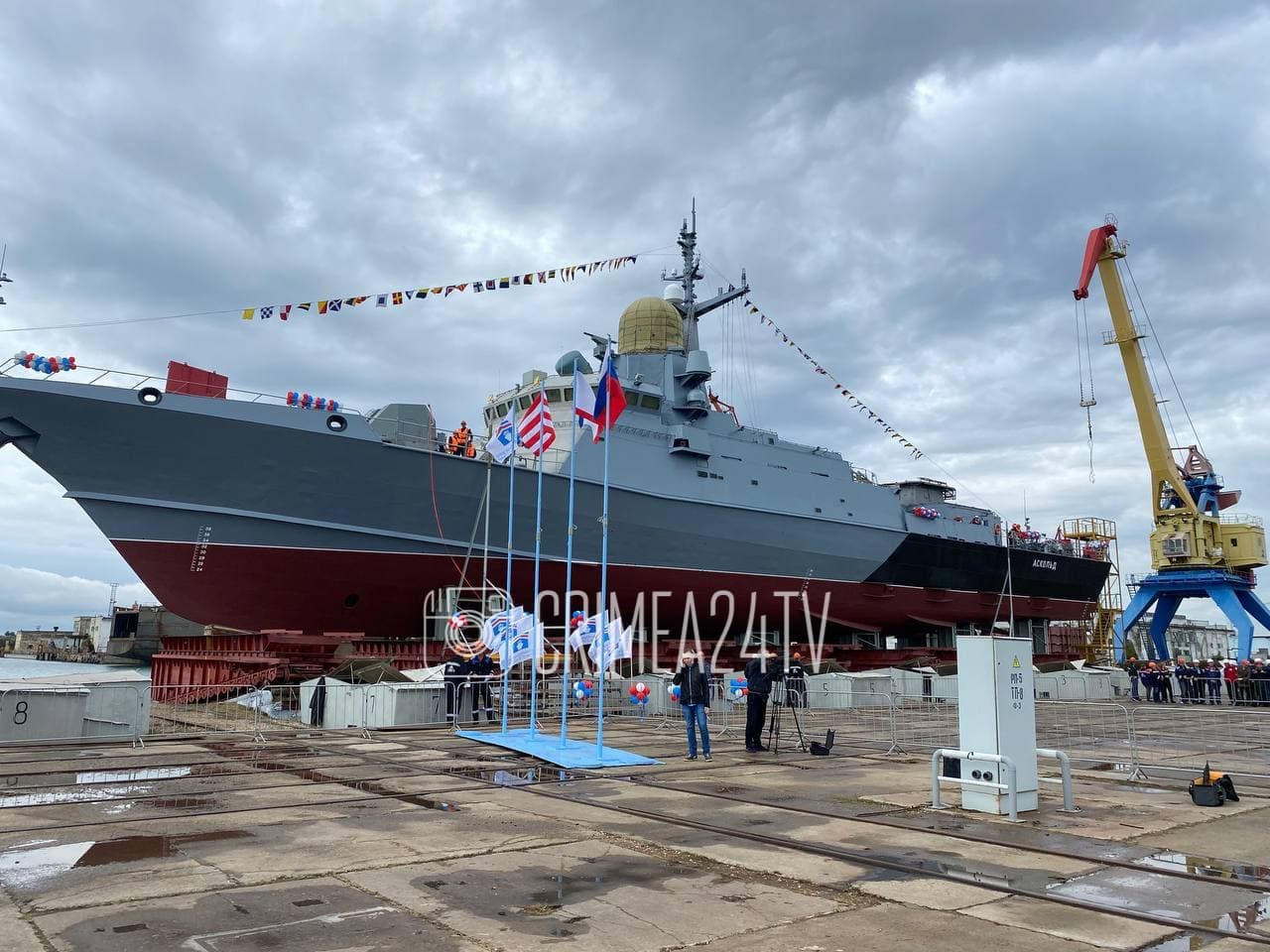 Edit: Couple of pics of Odintsovo

Naaah, this blurring the markings was funny from the beginning.
As I said, VP is using materials shot at different times and occasions, that is why they can mix in one episode something that was top secret when they made that part of the material, and obvious when they released the film.
Still, good to see Kerch on line.
PapaDragon

So, engine or no engine?
ALAMO

But from my experience, this piece is engined for sure.
In some rare cases, shipyards do float hulks without aggregates, even as big as engines - but this is pure piracy.
Only the ones balancing on the edge of collapse, with no cash flow and liquidity, do such a mess.
The goal is to get another payment, that is settled for another stage of production. But this piece is a way to complete, and a way to compact to play a game of cutting it to put the missing engines.
This would be an answer to another interpretation of your question - yes, seems they solved the access to new engines, too.
PapaDragon

Not sure if you are asking seriously or this is a sarcasm...

I am dead serious

Pella is in much better shape considering the ongoing projects than a Zaliv, that functionally resurrected.
I guess that they just optimized deliveries there. Let's wait and find out.
George1 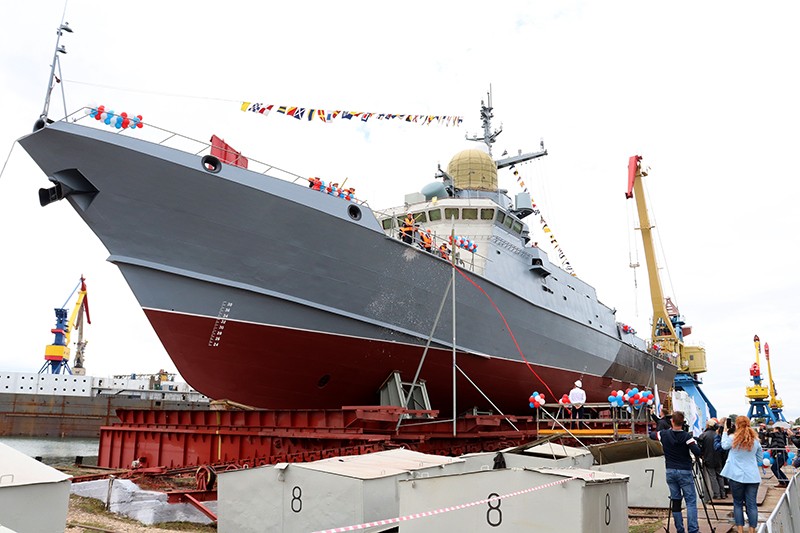 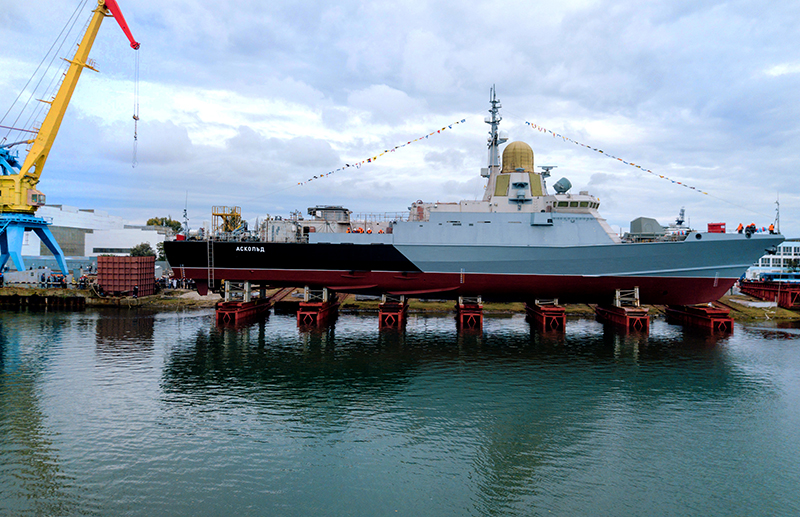 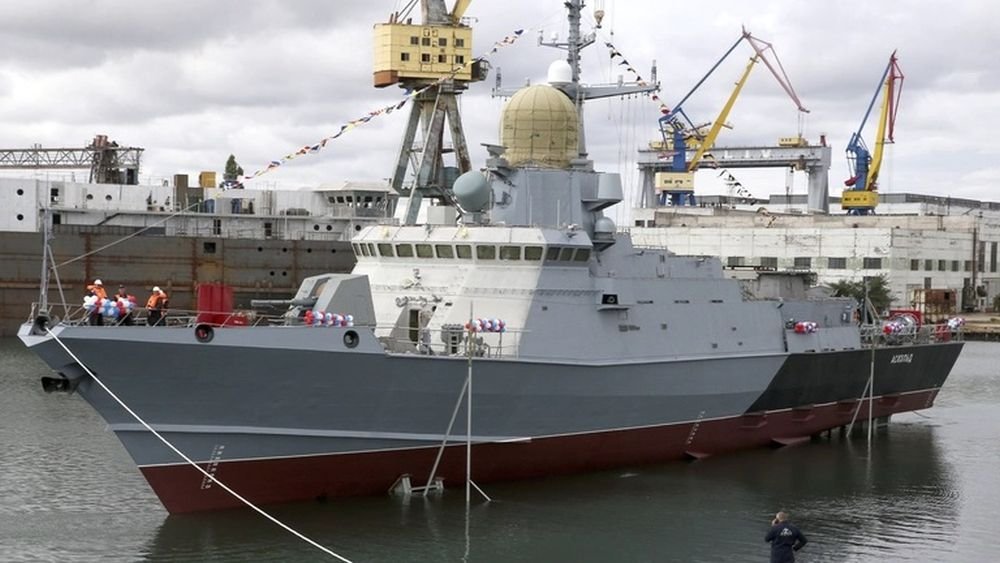 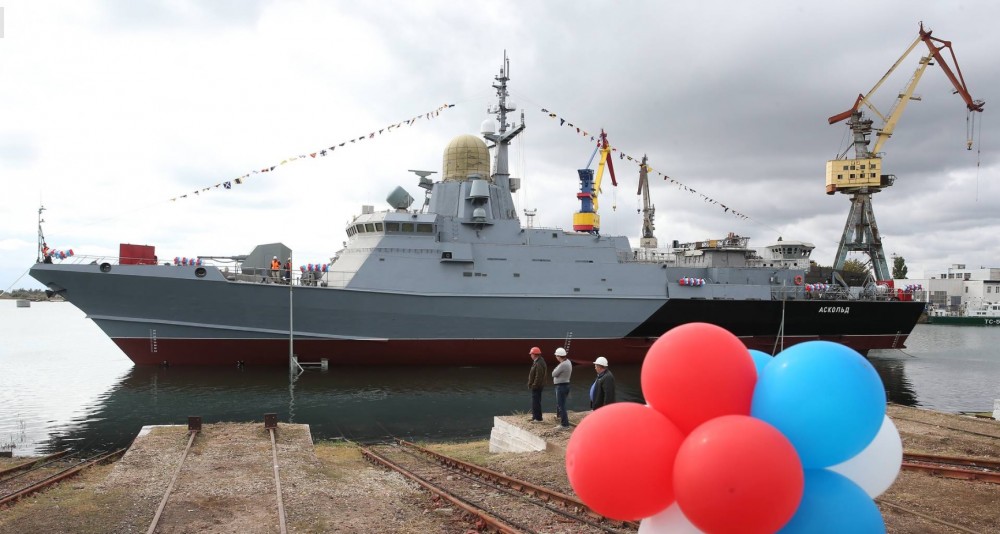 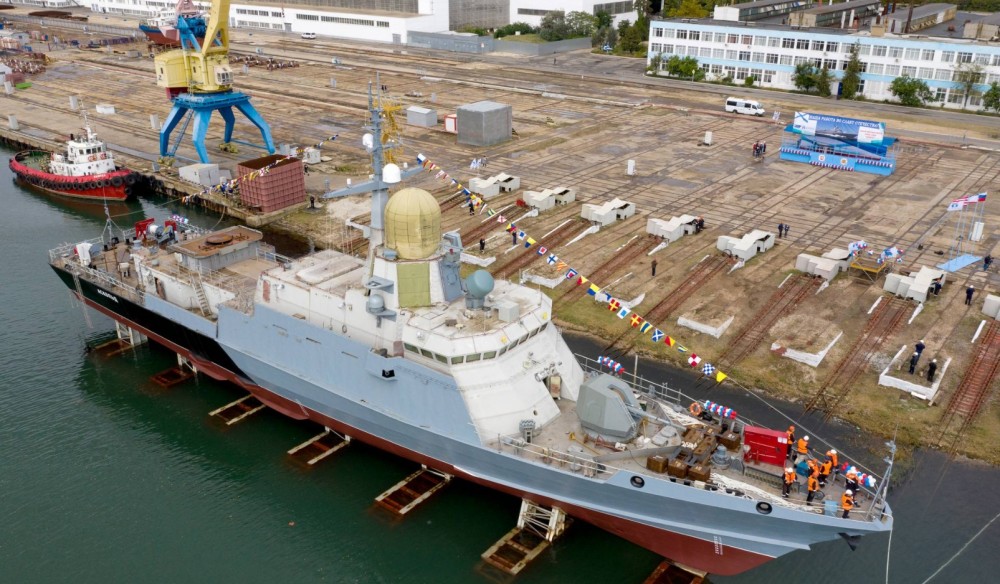 The "Askold" is the second ship under construction of the contract signed on August 5, 2016 between the Ministry of Defense of Russia with JSC Zelenodolsk Plant for the construction of five serial small missile ships (MRK) of project 22800 for the Russian Navy.

The construction of 3 of the 5 RTOs ordered under this contract is being carried out in Kerch.

-Lead project 22800 under this contract "Cyclone"(serial number 801) was quietly laid down at the Zaliv shipyard in Kerch on July 26, 2016. "Cyclone" was launched in Kerch on July 24, 2020 and is currently preparing for the start of factory sea trials in Novorossiysk.

-The second project 22800 "Askold" (serial number 802) under construction in Kerch was laid down there on November 18, 2016 and has now been launched.

2 of the 5 of the contract above iat Zelenodolsk Shipyard:

The completion of the construction at the Pella plant, which is protracted due to problems with the supply of the main diesel engines, is
- the fourth MRK of this project "Burya" (serial number 257, launched on October 23, 2018), as well as three more ships of the project 22800
- "Kozelsk" (Laid as" Storm ", serial number 254)
- "Okhotsk" (serial number 255) and
- "Vikhr" (serial number 256), the hulls of which were built at the FSUE "Shipyard Sea" in Feodosia (Crimea) and then towed along inland waterways to Pella for completion in November 2019 - May 2020.

Four more RTOs of project 22800 are being built at Amurskiy Shipbuilding Plant (ASZ) in Komsomolsk-on-Amur, where they were laid down in 2019-2020 - Rzhev, Udomlya, Pavlovsk and Ussuriysk (factory numbers 201 to 204). Earlier, two more ships were contracted by Vostochnaya Verf JSC (Vladivostok), but in September 2020, the Russian Ministry of Defense canceled the contract for them.

Not sure if you are asking seriously or this is a sarcasm...

I am dead serious


I wouldn`t say that the Navy as a whole has massive problems with engines, but JSC Zvezda of S. Peterburg surely has a problem with their high-speed seven-row engines for these missile ships. As I see, the most successful are nuclear powerplants for SSBN and SSNs. Kolomna diesels are also rather good, similar to Pielstick PA-6 family. Gas turbine production is revving up after quitting the deal with the Ukropistani company. In the clip above I cannot see the ship freely lying in the water, so I can`t say whether it is a bare hull or it is engined.