Hole wrote:There are videos of Il-76 operating from grass strips.

Wasn't there a video of one landing on a flat ice sheet on top of an iceberg?
magnumcromagnon 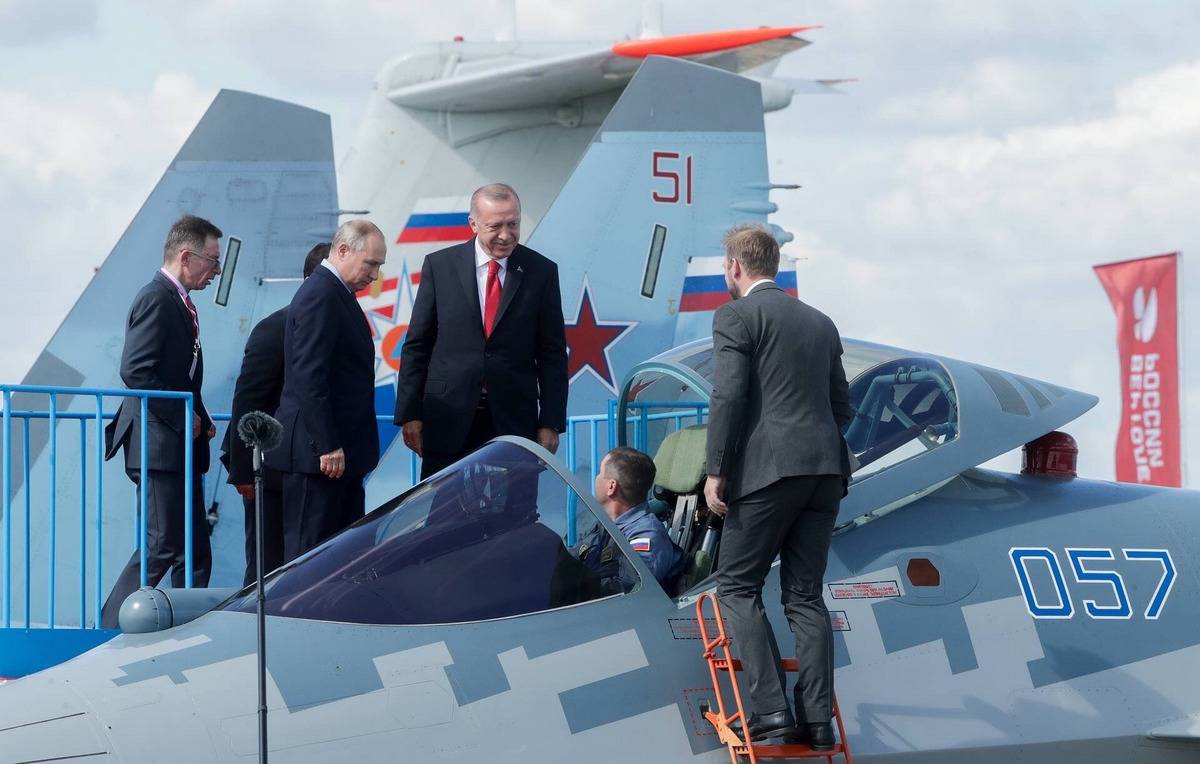 Politics is the art of the possible so while unlikely, it's not impossible.

ATLASCUB wrote:Politics is the art of the possible so while unlikely, it's not impossible.

Money is the problem. And if they go ahead with the su-57 or even the 35, US will sanction them very strongly and their economy will be dead.

Looking at their faces on pictures it wasn't a good meeting for Erdogan.
ATLASCUB

ATLASCUB wrote:Politics is the art of the possible so while unlikely, it's not impossible.

Money is the problem. And if they go ahead with the su-57 or even the 35, US will sanction them very strongly and their economy will be dead.

Looking at their faces on pictures it wasn't a good meeting for Erdogan.

It's always about money and power. The most powerful blackmailing the weaker players is par for the course.
hoom

Is that a new Prototype in the pic?
Looks cleaner than previously seen ones & those side sensors just behind cockpit seem new.
Cyberspec

hoom wrote:Is that a new Prototype in the pic?
Looks cleaner than previously seen ones & those side sensors just behind cockpit seem new.

It's one of the more recent ones.. 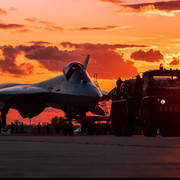 If the orange one gets a second term... and it is rather possible... I mean it was democrat incompetence that got him his first term, and nothing has really changed very much... there are dozens of democrat candidates for a change which will be excellent for infighting and division... I suspect it was Sanders voters that voted for Trump rather than the wicked witch of the west that got trump elected... the same could happen again when the DNC openly blocks his path again... many democrats would rather see trump in charge that sanders.

Of course at the end of the day it really doesn't matter... trump wanted better relations with russia and an end to american soldiers fighting wars that have little to do with US security and he has done the opposite.

Bernie might mean well but he would likely find being president as frustrating as trump has because the people who really control the US could care less who is in power and what they or the american people want.

My mistake, the official information from the company that makes them is that Il-76 aircraft of all types can operate from unprepared airstrips... ie grass airstrips, with a takeoff weight of up to 160 tons. The undercarriage is specifically designed for it... if you look at the side there seem to be about four main undercarriage wheels, but from the front there are about ten or so... that is on purpose... the same reason the two wheels on the MiG-31 are offset so they don't run over the same ground during a landing run... not that they would normally operate on soft ground.

Why wouldn't they want their new fighter to operate from rough airstrips? 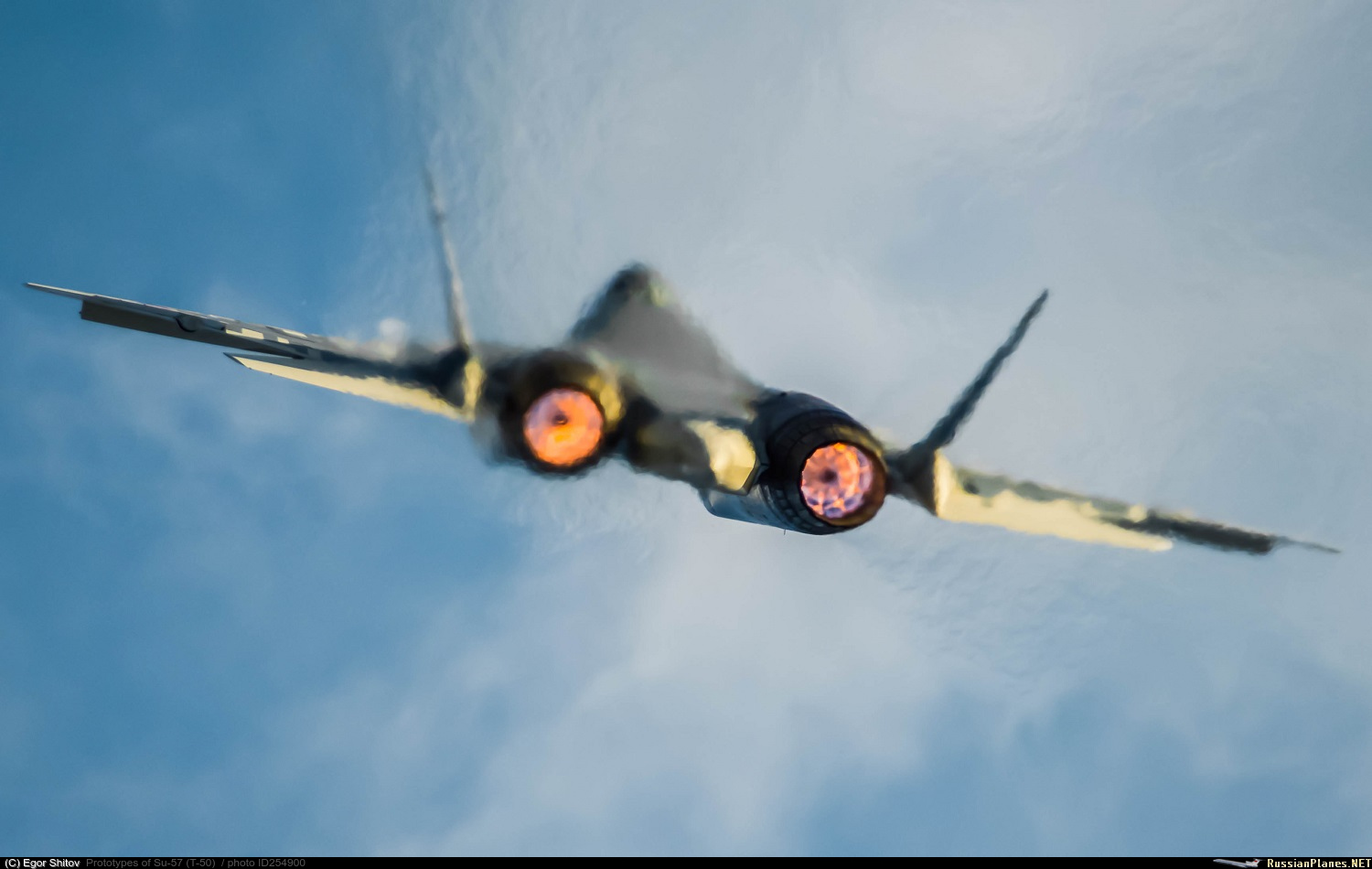 A video in which the chief designer of the Su-57 Mikhail Strelets explains the reason for the release of a brake parachute at a height of 2-3 meters when landing the fighter, was posted on August 29 by belenkur on his YouTube channel.  When asked about the reasons for the release of the latest Su-57 fighter when landing a brake parachute, even before touching the ground, Strelets assured that this was a normal situation.  “This is somewhere around two meters the release of a brake parachute, to ensure landing on a shortened area,” the chief designer of the fighter commented. “Professionals immediately realized that this was a regular mode. It is used for landing on a destroyed site (runway, - approx. IA Krasnaya Vesna), ”added Strelets.  He also said that the aerodynamic configuration of the fighter with the possibility of releasing a brake parachute before touching the ground allows the Su-57 to land on very short sections of the surface.  Recall, on August 25, a video quickly spread over social networks where, when landing the Su-57 at a height of two meters, brake parachutes opened.  See also: Published video of a strange landing of the Su-57 in Zhukovsky  After which a lively discussion began among experts and amateurs regarding the causes of such strangeness. Some decided that this was an element of the show for MAKS-2019, others put forward an assumption, just confirmed now by the chief designer of the Su-57.
Read the full article here: https://rossaprimavera.ru/news/ad6b5c38
The video in question 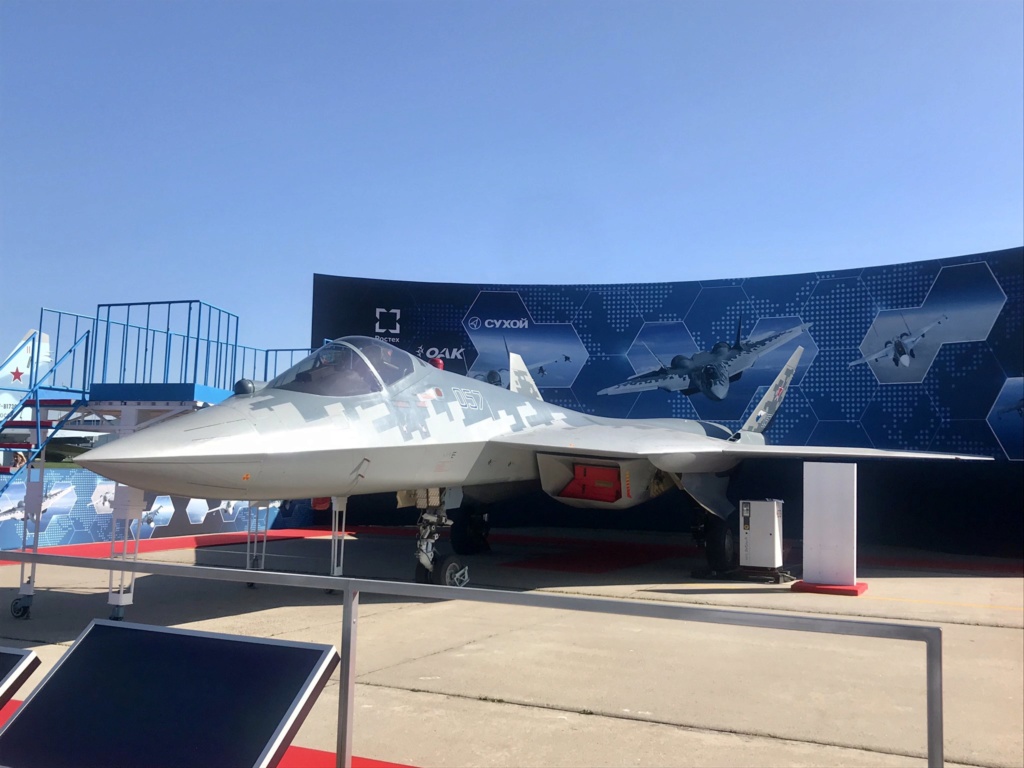 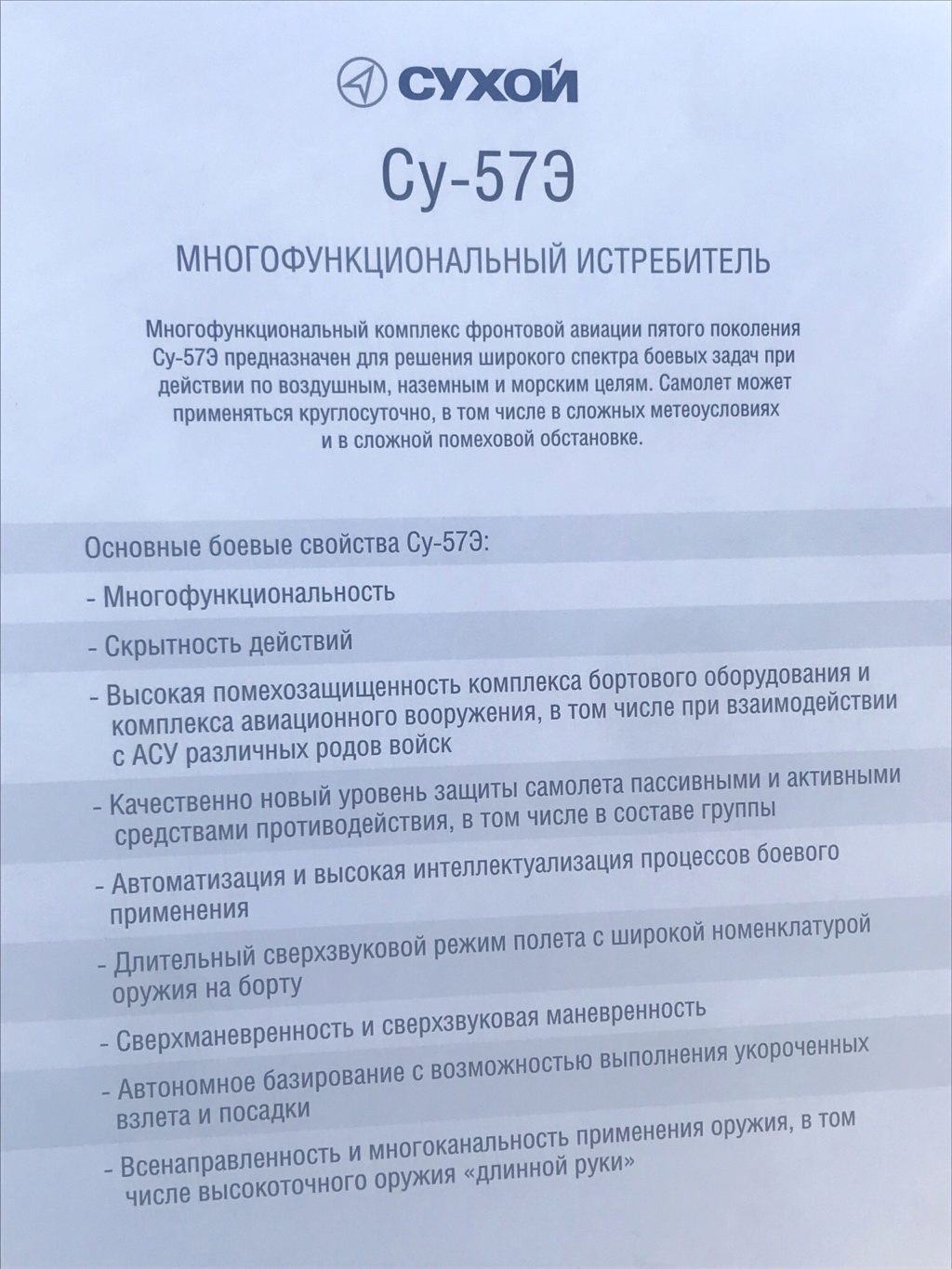 The chief designer of the Su-57 said that the early parachute release, and short runway landing was in fact a design feature (as expected) primarily for use on unprepared/rough airplane runways.
GarryB

I have seen that done a lot with different aircraft... the parachutes don't actually stop the aircraft but act as extra braking to help slow it down faster... most aircraft land with flaps out and nose up to increase lift and drag for the landing... but obviously if you get it wrong and deploy the parachutes early the plane will slow down faster and if it stalls you lose lift and drop rapidly... so if you do it wrong you could drop on to the runway hard and do some serious damage to your undercarriage etc.
Big_Gazza

Oh the curse of congentital stupidity and creating children from a union of siblings....

NASCAR is better than Grand Prix.

The real proof of their stupidity !! Only a guy with no brain can watch nascar, seriously they just go straight. How could anyone like to watch this.
Hole

Because they crash in every second race. BUMM! Flames... The romans called it bread and games. In todays murica it is just games. Bread is to expensive.

These days NASCAR is definitely better than Grand Prix

Formula 1 has been completely pussyfied

F1 died in Brazil nearly 20 years ago when Ferrari ordered Barrichello to let Schumacher take the lead and win the race 500m before finish line, when Barrichello agreed to do it and when Schumacher agreed to overtake him

I personally hate this asswipe but he speaks the truth here:

Oh the curse of congentital stupidity and creating children from a union of siblings....

That is the main problem especially the majority of the users at f-16.net. For example the belief that the exposure of the OLS-50 would decrease stealth. Although that is a valid point but if we were to look at https://defenseissues.net/2015/06/16/airborne-irst-properties-and-performance/comment-page-1/

Detection range against a subsonic fighter-sized target is 90 km from the front and 145 km from the rear. It has an ID range of 40 km, and can track a maximum of 200 targets. It is stated to be capable of passive ranging. Its ability to provide infrared image (which can be shown on cockpit displays and HMD) can, aside for ID purposes, also be used to help with flight operation in low visibility conditions.

Cant really talk shit about the French since the Russians have purchased their equipment. 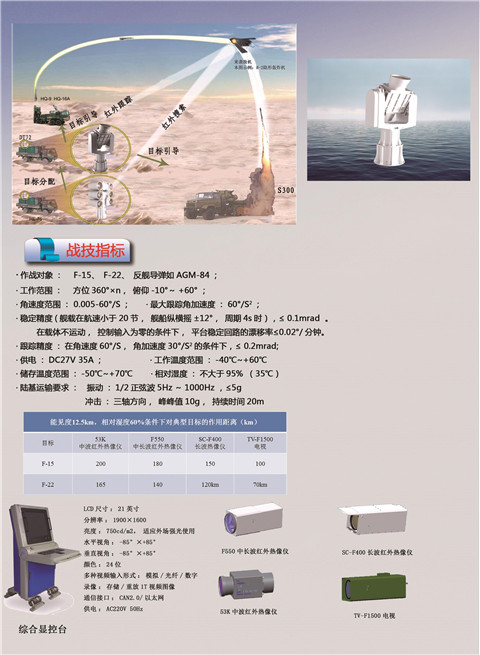 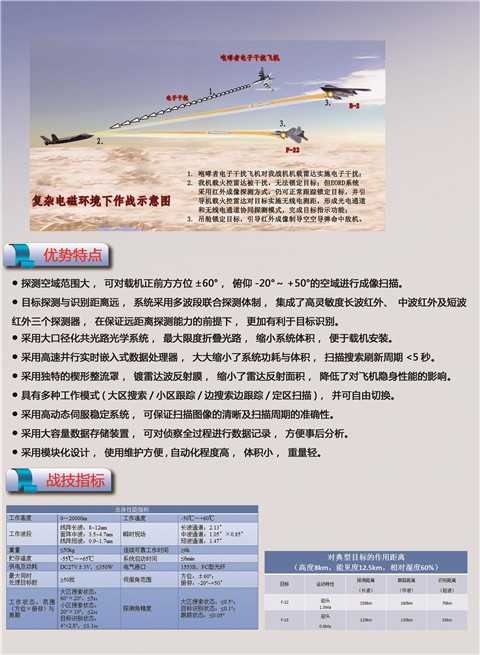 Performance on the OLS-50 might succeed these 2 above. although this IRST has stealth material sacrificing a minimal amount of stealth for high class tracking performance might be worth it.

Same as the wing shaping of the SU-57 having not enough stealth but the L-band radar for tracking and EW purposes might make the sacrifice worthy.

S-ducts I have heard take up compartment space for fuel range, etc.

They have added newer paint, newer engines for stealth reduction, fiber optics to monitor composites to decrease maintenance costs, newer computers, etc. If you do not take any of these factors into consideration and think their engineers are morons that would intentionally make this aircraft's performance horrible than be welcomed for a day of reckoning.
Cyberspec 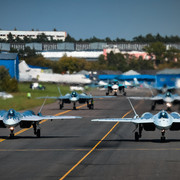 Actually I think it was great when they underestimate the Russians... when they over estimated the performance of the MiG-25, their copy was actually a rather good aircraft they would never have ended up if they didn't get such a terrible inaccurate threat assessment of what the MiG-25 was.

So let them think the F-35 is brilliant and they only need 189 F-22s and everything is fine... let them stew in their ignorance... it is fine.
nero

Less than half of that are flyable, of which less than a fifth can fly at a moments notice.
Hole

And some of the pilots would die on the way to the battle.

Hole wrote:And some of the pilots would die on the way to the battle.

And some will be shot down by other f-22 ...
Sponsored content