max steel wrote:There should be internal fire suppression systems, but since it was in dock and uncrewed, they were not operable, and no trained crew was there to isolate and contain it. Shipyard workers are notorious for running away and calling the fire brigades. This shows serious sloppy management. A Naval Fire Brigade trained for this should have been 5 minutes away at the shipyard. Obviously not.

Hard to dissagree, since potentially you could end up loosing the whole sub or have a major enviromental disaster.

There was a similar incident not that long ago (2-3 years ago?) if I remember correctly
runaway

sepheronx wrote:
The sub will now probably take longer to repair due to this. The layers between the hull will get damage but the hull isnt breached. So they will have to now strip the areas that were breached and repair it, causing more money and time involved.

If the fire was prolonged and heat was high i imagine the hull was damaged in these areas and have to be replaced. All in all it would mean the subs recommisioning will be delayed by at least another year, and since it began repairs in 2013, my guess is it wont be back in service until 2017-18.

George1 wrote:For me the worst thing about the fire is that work will go back 2 years at least

How do you know?

The damage has yet to be assessed.
Might be a lot less.

Got a question... After Kursk there was a proposal to improve Antey's safety by adding secondary crew escape capsule at the 8th compartment. 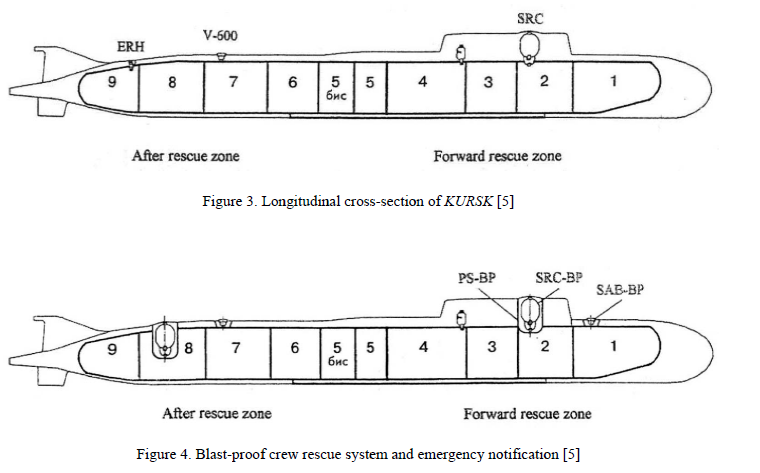 Will Antey got such upgrades for real ?
GarryB

With current budget cuts it is likely fewer upgrades of older vessels will be undertaken, and likely the scope of the upgrades will be reduced/cycled back.

The Oryol (K-266) nuclear submarine (Project 949A Antey) at the Zvyozdochka shipyard in the city of Severodvinsk in northwest Russia's Arkhangelsk Region caught fire on April 7. Insulation rubber coverings in the interhull space in the stern section of the nuclear sub lying up flamed up during welding work.

All people on board — employees of the enterprise and submarine personnel — left the submarine quickly, no one was injured. Nuclear fuel from the atom-powered vessel had been unloaded and there were no armaments on board. The fire was extinguished by midnight.

The sub has been undergoing a major overhaul at the shipyard since November 2013, as a result of which it is to receive new missile weapons.

Russia’s Investigative Committee launched a criminal case over the fire at the Oryol submarine. The case was launched under the Russian Criminal Code’s Article "Violation of safety regulations during work, which entailed large-scale damage due to negligence."

Earlier Zvyozdochka representatives assessed the damage inflicted by fire as "insignificant." The enterprise’s leadership assured the Defense Ministry that the repairs will be completed in time, and the sub will return to its service in the Navy in the fourth quarter of 2016.
Viktor

Tomsk is back in the game

The submarine K-150 "Tomsk" was put into operation after repairs

Is that article true? it says oscars after refurbishment can fire P-800 missiles

Yes, they're reportedly replacing their "Granit" missiles with Oniks (P-800) and Kalibr/Club-S

A group of five modernized nuclear missile submarines of Project 949AM Antei will be created in the Russian Pacific Fleet five years from now, a source in the Pacific Fleet Staff told Interfax-AVN on Thursday.

"A group of missile submarines of Project Antei will be created in the Pacific Fleet by 2020. Modernization of the subs at the Zvezda Far Eastern plant will be over by then," he said.

The submarines K-150 Tomsk, K-132 Irkutsk and K-442 Chelyabinsk will be added alongside operating subs K-186 Omsk and K-456 Tver within five years, the source said.

"Modernization of the Antei subs will extend their service life by 15-20 years," the fleet representative said.

It was reported earlier that the K-550 Alexander Nevsky submarine of Project 955 Borei would be moved from the Trans-Polar region to Kamchatka in fall 2015.

The Vladimir Monomakh submarine will arrive at the Vilyuchinsk submarine base in fall 2016.

One of the six multirole attack submarines of Project Yasen will join the fleet in 2017.

Nuclear subs of Project 949A will undergo profound modernization at the Zvezda Far Eastern plant in the upcoming years, the source said. The command plans to re-arm the submarines with Onix and Kalibr missile systems. The Rubin Central Design Bureau for Marine Engineering designed the submarine modernization project. Twenty-seven Rubin contractors, among them Morinformsistema-Agat Concern and NPO Avrora, will modernize weapons, navigation and other systems and hulls of the submarines.

are there any photos/videos of Oscars firing Oniks?
Stealthflanker

George1 wrote:
are there any photos/videos of Oscars firing Oniks?

Unfortunately no. I even wonder if that upgrade program do take place.

So if I understood correctly, the Belgorod has since December 2012 been revamped as a special purpose submarine - officially "nuclear research submarine project 09852".

So if I understood correctly, the Belgorod has since December 2012 been revamped as a special purpose submarine - officially "nuclear research submarine project 09852".

949A with some very rarely seen weapons nearby. 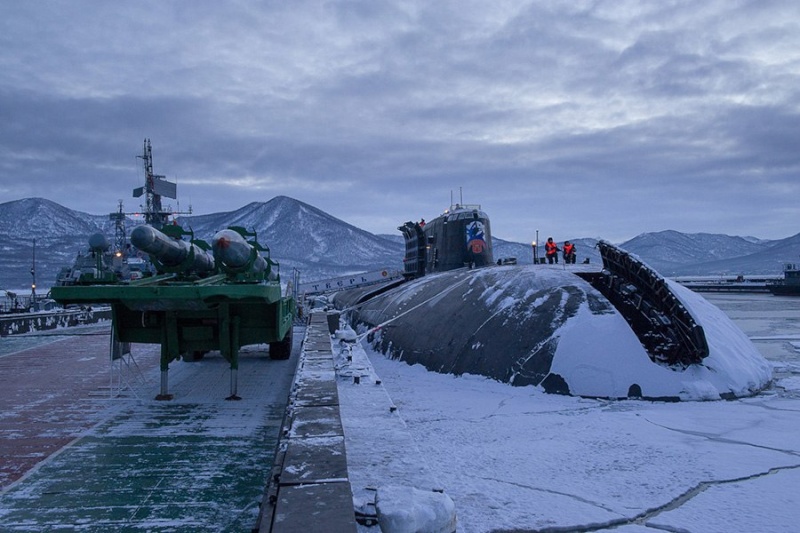 A piece of news about Russian NAVY

The ongoing modernization of the arsenal of nuclear submarine project 949A "Antey" in addition to other types of missiles will include the latest hypersonic RCC "Zircon". wrote:

Launchers are universal, the boat can change the arsenal, depending on the task ahead. " wrote:

Im[b]proved "Anteia" will be equipped with 72 launchers for different types of RCC[/b], which will replace the 24 launchers for the missile complex "Granit", differing from modern considerably greater weight and dimensions. wrote:

current modernization don't include this however
Austin

Modified Oscar II (Project 949AM) SSGNs will carry up to 72 modern anti-ship cruise missiles
The upgrade programme will keep the boats running into the 2030s, as the Project 885 Severodvinsk (Yasen)-class SSNs enter service

The upgrade programme includes adding a larger number of more capable missiles to the boats. The updated SSGNs will be known as Project 949AM boats, according to Russian reports.

The Oscar II has been dubbed 'carrier killer' for its primary mission of countering aircraft carrier battlegroups. Of the 11 Oscar IIs built in the 1980s and early 1990s, eight remain in service. At present, they carry 24 Chelomey 3M45 Granit (SS-N-19 'Shipwreck') anti-ship cruise missiles (ASCMs).

First reported in 2011, the modernisation plan aims by 2020 to turn most, if not all, the SSGNs into modified Oscar IIs.

Plans for the Oscar II modification were made by the Rubin Central Design Bureau, the boats' original developer. Project 949AM boats will have a range of new systems including fire-control, communications, sonar, radar, and electronic intercept equipment. The modernisation will also include updated Omnibus-M combat information and Simfoniya-3.2 navigation systems.

The modified Oscar II boats will reportedly carry as many as 72 ASCMs, including a mix of 3M55 Oniks (SS-N-26 'Strobile') and 3M54 Klub (SS-N-27 'Sizzler') missiles. Installation of these weapons will require no design changes to the hull, as the missiles will fit into existing launchers outside the pressure hull. Missile design bureaus Mashinostroyeniya and Novator are collaborating on a standard launch tube for both ASCMs.