The Situation in the Ukraine. #25


In Donetsk guide people's Republic of China declared the detention of Ukrainian nationalists, responsible for the murder of Arsene Pavlova-combat Commander DNI, known as Motorola. There stated that the detainees belong to the grouping of Misanthropic Division.


Affiliate site with the separatists of Donetsk News Agency, citing figures from the Ministry of State Security said: "November 11, 2016 onwards as a result of DND IHB operatively-search actions in Donetsk detained six active members of Ukrainian nationalist organization Misanthropic Division, whose leaders had earlier claimed responsibility for the murder of the legendary Commander of" Sparta "Arsen Pavlova, better known as Motorola.


A message on behalf of groups of responsibility for killing Motorola really appear on YouTube, but the leader of the Misanthropic Division then stated that it intrigues "daunov from" Phoenix "-another little-known organization.


In the leadership of the DNI stated that participants Misanthropic Division maintained contacts with staff of the SBU and fulfil tasks of Ukrainian special services on the territory of the DNI. Currently detainees are carried out investigation actions, they give a confession about the circumstances of committing the offences of terrorist and extremist, quoted message.


10 November chapter proclaimed Alexander Zakharchenko, DND stated that the assassination of the head of the SBU involved Pavlova in Donetsk region Alexander Kuts and curator of the Ukrainian intelligence subversive groups in the Donbass Vitali Malikov, head of the security service of Ukraine (SBU) in Luhansk oblast Oleg Kozlovsky, as well as a number of officers and senior management of the joint staff and the security services.


16 October in the lift at home, where he lived Arsen Pavlov, improvised explosive device. He was inside and killed, several people were injured. DND leadership immediately accused of attempted Ukrainian saboteurs.

SIMFEROPOL (Sputnik) — Earlier in the day, Russian President Vladimir Putin ordered to supply Henichesk at the request of the town's residents.

"After implementation of all necessary technical and scheduled activities, the chief engineer of Chernomorneftegaz's [oil and gas company] main gas pipelines has turned on the valve… The gas is being supplied," the statement said. The statement added that gas supplies started at 8:28 p.m. local time (17:28 GMT).

It is not the first time this year Russia supplies gas to Henichesk. On January 4, Russia turned on the gas for Henichesk after the request of local authorities.

JohninMK wrote:Further evidence that the country is probably now exponentially going down the tubes. No industry equals no employment and no tax revenues.

IMF-mandated hikes in electricity prices for businesses have made whole sectors of the Ukrainian economy uncompetitive, making it more profitable to shut factories down than to keep them operating, says Ukraine's oldest and largest business association.

Speaking in Kiev on Thursday at the Ukrainian League of Industrialists and Entrepreneurs' annual conference, president Anatoly Kinakh pointed out with dismay that authorities in Kiev did not bother to carry out the necessary economic calculations when they decided to raise tariffs. "Where are the necessary technical and economic calculations?" the official asked. "Where were the forecasts about how this will affect the competitiveness of our economy? How does the tariff increase correlate to consumers' ability to pay? There are no answers to these questions. And this is very serious, because all we are doing is seeing the decline of citizens' standard of living."

For example, Kinakh noted, the massive Zaporozhye aluminum plant has recently been forced to stop operations completely due to the high cost of electricity; its energy-intensive production has been made uncompetitive thanks to whopping 40% electricity price hikes and the end of subsidies.

The closer the turd draws to the sinkhole the faster and faster it spirals in.
medo

Considering that DNR and LNR are rebuilding and restarting their industry, I think it will not last long, when Novorussian industrial production will be higher than Ukrainian and their GDP will be higher as well although they are far smaller in population and territory than Ukraine.
Ispan

with the attention focused in Syria and the US elections, there are no reports coming in from Donbass, even if the intensity of the fighting is worse than in the worse days of summer.

Is there any alternate Russian sites other than Cassad and Chervonec? Cassad admitted as much that he had given up reporting because it's the same old everyday. But is not the same. 2016 has turned out to be a much harder year than 2015, Airport and Debaltsevo pockets excepted. And perhaps equalling it if the average is done.

I would like to know about reports of wounded from Ukrainian hospitals or new unknown graves added to cemeteries. Even if they are not attacking with infantry and the fighting is all about shooting exchanges, casualties must be high. I said weeks ago that I expected that by years end they will surpass 20,000.

Of course the Novorussians must be paying a high price as well, but their attrition is smaller, so there is reason to believe Ukrainian superiority in numbers and materiel is gradually eroding and that gives more chances of success to an hypotethical Novorussia offensive.
Khepesh

For sites that collate interesting news about Donbass that is likely to contain less fakes than other places, then Cassad and Chervonets are the major players, that is why they have so many visitors. Other popular sites, BMPD for instance, are for discussion of military equipment and not news. Except for reading the official DNR and LNR government sites and news agencies, the only other way to see what happens, and usually with far more personal opinion thrown in than with Rozhin of Chervonets, is reading blogs such as http://john-connor85.livejournal.com or http://gennadiydubovoy.livejournal.com if you are prepared to face his gloomyness. Then there is Bezler https://vk.com/angeligo?w=wall283528124_155 and Strelkov https://vk.com/igoristrelkov and http://strelkov-i-i.livejournal.com both of which can have very good and valid info, but unfortunately often hidden in ridiculous rants and political tin foil hat comments. With everything else it is a matter of trying to sort the fake from the real, and also from not repeating that which should not have been posted for various reasons.

Here is something from the "Ministry of counting the shelling of DNR". The left graph is violations in the sense of attacks or incursions of ukrops drones, not individual shells, the right graph the individual shells counted. The figures for attacks include multiple attacks on one place in a day, for instance an attack on Yasinovataya block post in the morning is one attack, a futher attack at midday is a second and so on as about 40 different locations are not attacked on any one day, only about ten or less, but often during a 24 hour period. 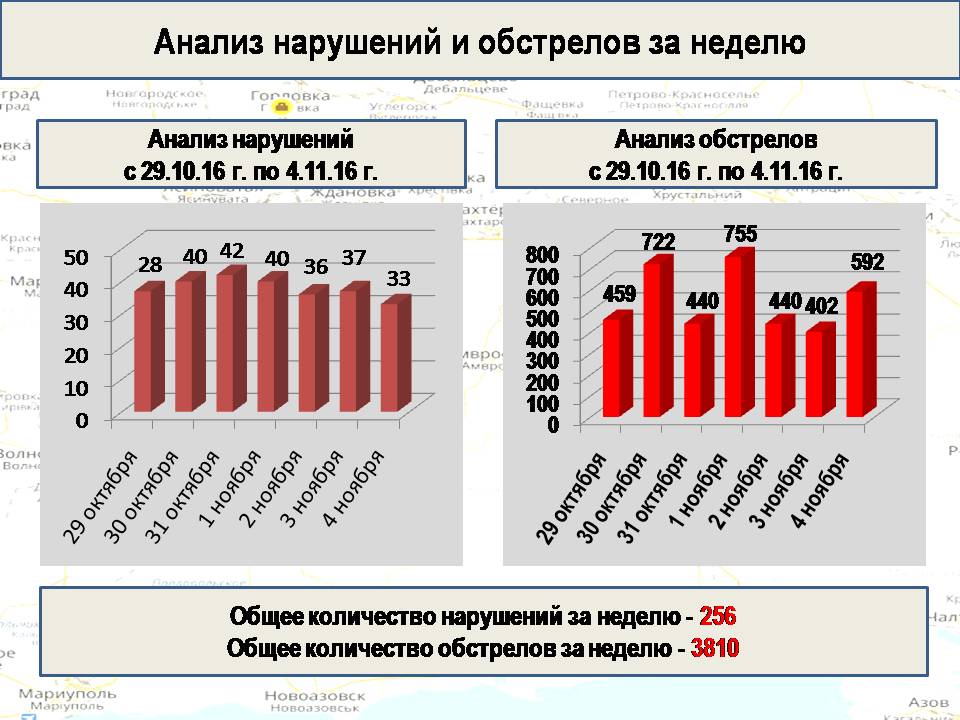 Oleh Lyshako on the receiving end again at a meeting of the Rada .... personally speaking i would never tyre of punching that c*nt's head in

Godric wrote:Oleh Lyshako on the receiving end again at a meeting of the Rada .... personally speaking i would never tyre of punching that c*nt's head in

That horrible moment when you realize that you might owe your own politicians an apology... 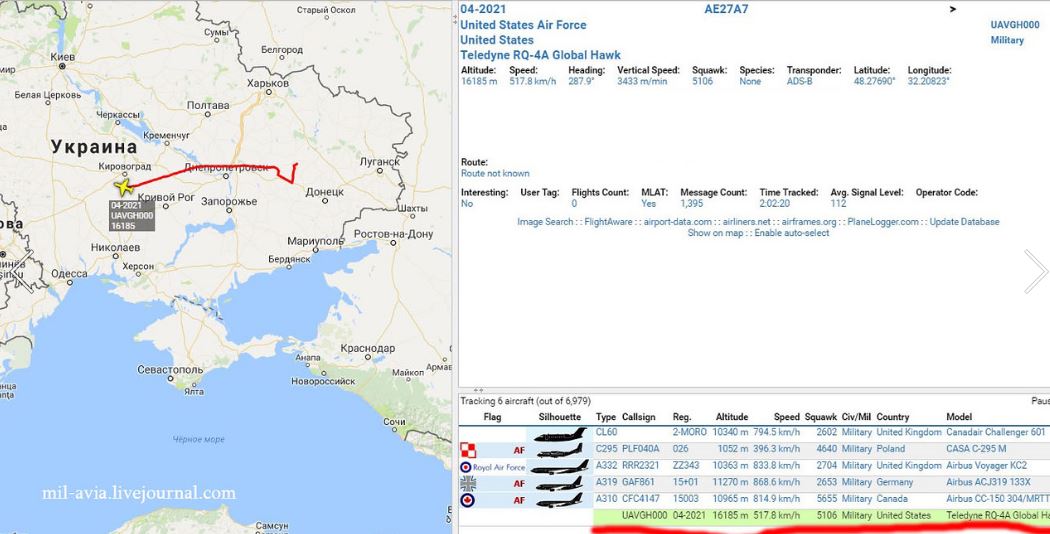 I heard that people managed to arrest the criminals who assasinated Motorola, and these killers admitted that they received orders from SBU...
Khepesh

Live feed from Kiev. Camera shows top end of Kreshchatik blocked by police and periodically turns down street to show groups of police by Independance. Lots of people walking about normally but no mob led by Tymoshenko has yet to appear, unfortunately...
auslander

She's at it again?
Khepesh

She called for "Maidan 3". Earlier in the day there was a small group with banners by Independence, but were moved away. Lyashko has been performing in Verkhovna Rada again today. He rushed the podium to stop son of Shukhevych from speaking in favor of Tymoshenko, and the speaker, Parubiy, had to suspend proceedings.

Part of what is said to be a large amount of ukrops equipment seen arriving in Slavyansk from Kharkov. They seem to have found a lot of T-72 recently. 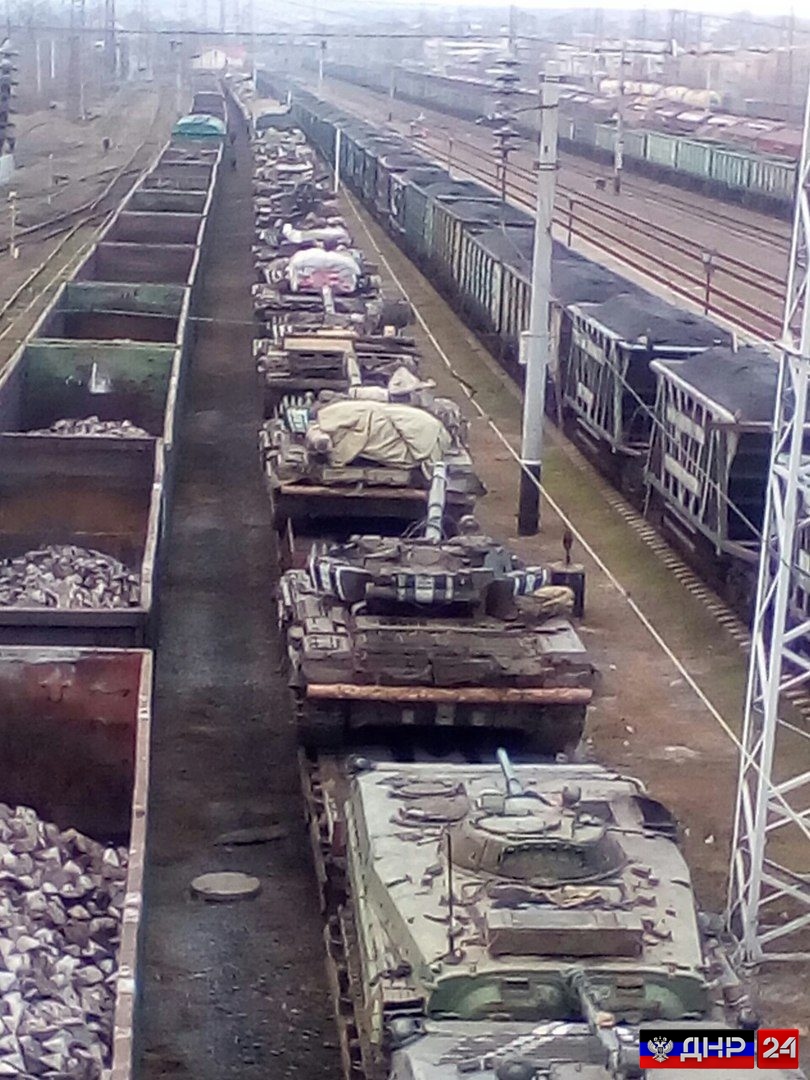 Khepesh wrote:Part of what is said to be a large amount of ukrops equipment seen arriving in Slavyansk from Kharkov. They seem to have found a lot of T-72 recently.

I do hope that equipment gets captured and added to DNR inventory.
Ispan

I am checking with google translate the reports from Mage. He quotes from the official briefing, but there seems to be something lost in translation.

On Monday 07 November for example, directly translated with google

During the first day of the week we were fired 1072 times, of which: - 82 mine-mm caliber and 120 mm 392 times projectiles caliber 122-mm and 152-mm 112 times, the other attacks were carried out with rocket-propelled grenades, infantry fighting vehicles.
Think about those numbers - more than 1,000 attacks !!!

Whereas the DONI site makes an error in translation and says each attack is a single round. I do not know if this is deliberate, or by the way it reads, the people manage to site go by automatic translations to English that are polished and can't tell the difference between a "single round" and a "shelling" or "salvo" wich consists of several rounds. I guess the later, then Basurin is not lying, simply things got lost in translation. You cannot count the fall of every individual shot for every strike, so seems a lot of people are mixing them up. I hope Khepesh or any other Russian speaker can compare and tell us what Basurin is actually saying.

Donetsk Defense: Situation Report, 8.11.2016 ( as is the custon, it refers to previous day events)

Over the past day the Ukrainian fighters violated the ceasefire 1072 times. At that the enemy launched onto the territory of the Republic 112 artillery projectiles of 152mm and 122mm calibre, and 392 shells of 120mm and 82mm and six tank shells. Besides, there were applied grenade launchers, infantry fighting vehicles and various types of small arms.


If Basurin is indeed talking of attack strikes of an indeterminate number, then I owe him an apology because I thought he was lying and making up bogus numbers . It also leaves me astonished that this war is silenced. Everybody agrees and reports that the war in Syria has daily battles with hundreds of dead and wounded, but all the media , West and East maintain the fiction that in Donbass there's a ceasefire with only sporadic shooting, not to mention the total censorship about the tens of thousands of casualties in this war.