I had not noticed either the camera or the other sensor, but now that I look back through some of my pictures I see them.

Most of my pics of the in cockpit mounted HD camera don't show it where it is in your photo... ie here: 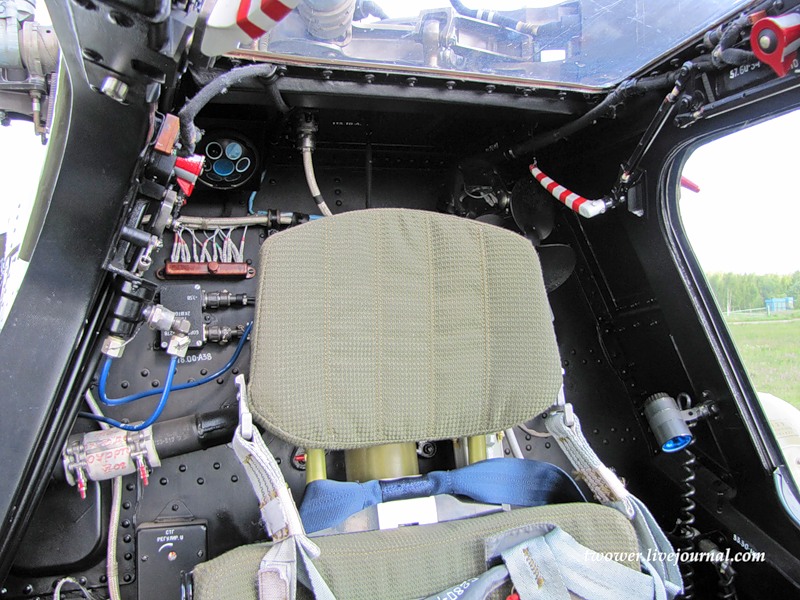 Regarding the other sensor pylon, I think the pylon itself might be mundaine like an aerodynamic balance for the other sensor on the other side... and the feature mounted on its base is likely a portable camera mounted for an external view into the cockpit: 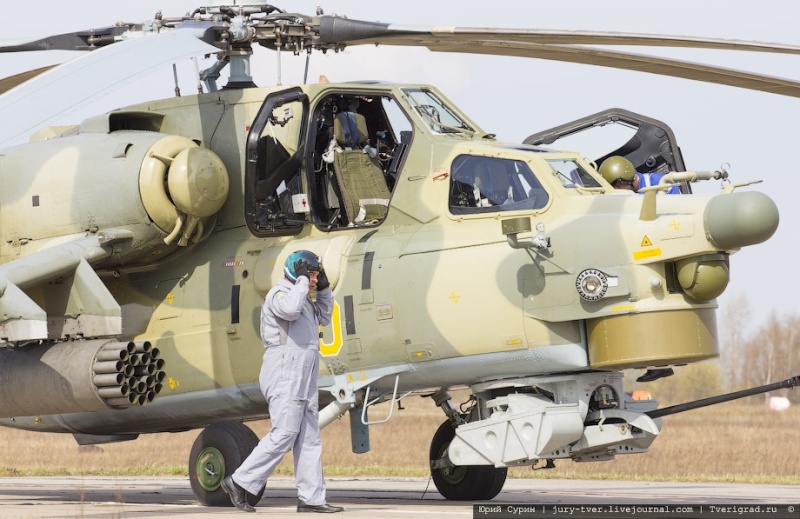 I would want to see Laser Guided Rockets incorporated in the Mi 28N .

So these guys (below) with some with upgrades 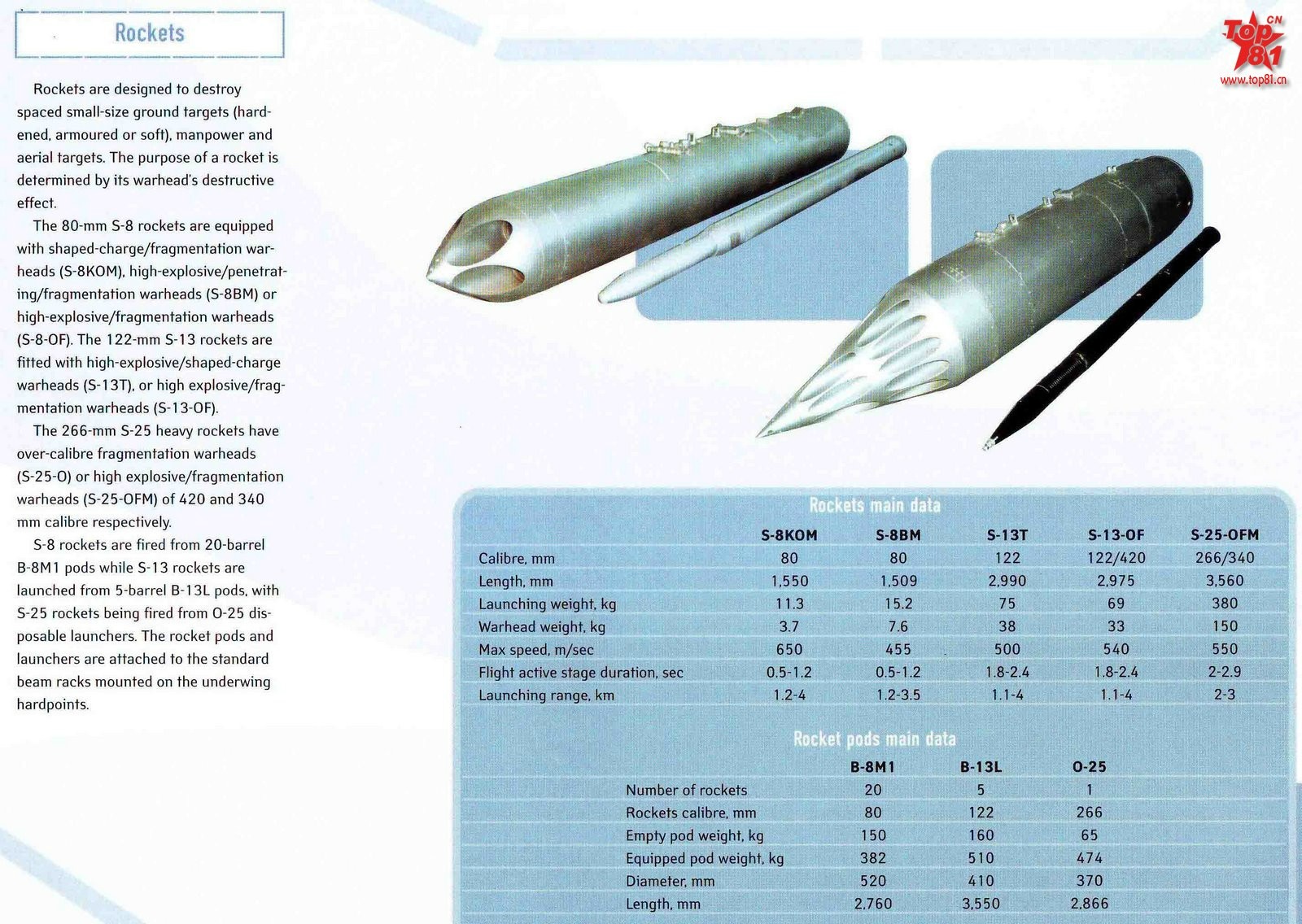 The negative effect is increase cost per rocket, but the benefits include much fewer rockets need to be used to hit point targets, much cheaper than traditional guided weapons, increased safety for the launch platform as unguided rockets can be used from maximum range while still being effective, while there is no modification needed for the rocket pod or aircraft.

57mm rockets are no longer widely used as their small payload is now considered to not be effective enough (800g HE warhead). The 80mm rockets with payloads of 6-12 kgs or so are much more effective and can be used against targets like armoured trucks and light IFVs.
medo

Are they laser guided in the way, that laser designator have to paint the target or like Kornet?
Sujoy

Targets will have to be illuminated first in case of laser guidance.

Ugroza will use Laser guidance or optical guidance to guide the rockets to their targets.Rockets upgraded under Ugroza will sport the suffix "Kor".

Ugroza also allows the rockets to be fired at their maximum kinematic range , while maintaining an accuracy of
0.8 - 1.6m (CEP)
GarryB

It is described as being able to hit targets marked by lasers in semi active mode or moving targets and targets out in the open passively.
GarryB

It should be kept in mind that rockets are traditionally used against area targets and their dispersion in flight actually improves their effectiveness rather than reduces it against many target types.

The weapons used against point targets were guns and missiles, where the guns lacked range but were cheap and accurate enough to hit point targets, while missiles were expensive but had long range, and high penetration performance and excellent accuracy.

Rockets would be used against a location rather than a specific target... often an area where enemy fire is coming from with a clutch of rockets would suppress, if not snub out.

As optics and radar and other sensors improve however locating the precise targets mean more missiles and less rockets make sense, but missiles are expensive.

Ugroza increases the cost per rocket, but against a range of target more than makes it worthwhile. The vast majority of vehicles on the battlefield are light vehicles like trucks that don't need 1m+ penetration warheads to defeat. In fact a decent 5-10kg warhead would be much more effective in dealing with such targets than HEAT warheads.

Ugroza means that a pilot can load their aircraft with accurate long range weapons that are not enormously expensive yet can defeat light and unarmoured vehicles from safe standoff distances at a price that allows its use in enormous numbers.

A good example is ground forces currently in Afghanistan using Javelin for destroying any point target they come across.

The Ugroza is the equivalent of an RPG but with guidance to allow much longer range engagements than is possible with the unguided RPG.

More importantly being able to detect laser target markers means that the helo can directly cooperate with ground forces where if they come under fire they can mark the threat themselves and call in the launch of a single rocket from max range. Most modern laser target markers work from 7-10km range and could even be mounted on a UAV in very dangerous areas.

Most helos only carry about 8 guided missiles, but a Mi-28N could carry 16 Shturm or Ataka or Krisantema missiles on their outer weapon pylons and two 20 shot 80mm rocket pods on their inner wing pylons for a total of 56 guided air to ground weapons.

That is a lot of trucks and pillboxes.

Even without a HEAT warhead the 266mm rockets could kill a tank simply by shattering everything inside without penetrating the armour, and would be especially effective against bunkers and buildings.
KomissarBojanchev

Is the 57mm S-5 popular among the frontline aviation or has it been completely replaced by the S-8? I've heard they were too weak for combat in Afghanistan. Were they effective in Chechnya or Ossetia?
medo

It depend on combat situation. I think US did the same with their hydra rockets for AH-64 helicopters. When enemy doesn't have tanks or protection with SAMs, that there is no need to arm helicopter with ATGMs, which are expensive, but with more rocket launchers. Laser guided rockets give longer distance to max. range for rocket launching, what bring helicopter out of range from small arms fire and also enable to launch single rocket to a single target such as truck, bunker, etc, so it could engage more targets with one payload.
GarryB

The 57mm is too small for modern targets and even with 32 rockets in each pod they were found to be cheap enough, but reducing in effectiveness. They were largely withdrawn from service in the late 1980s.

In comparison the larger calibre 80mm rockets were and continue to be very effective. Note a similar change has occurred in mortars where 50mm calibre mortars popular before WWII have been replaced and even modern mortars the 120mm seems to be the most popular in Russian use.

When the job is to kill enemy trucks then laser guided rockets means it is much cheap than having to resort to missiles, while of course closing with the target and using the gun would be cheap in terms of consumed ammo, the cost in helos lost would make it uneconomical.

In comparison the use of one or two rockets per target means each pod of 20 could deal with 10 to 20 targets so with four pods carried that means between 40 and 80 targets... that would be a devastating blow to even a large force.

Using one rocket per target means it would be cheaper than unguided rockets where 10-20 rockets might be used per target.

The only situations where unguided rockets would be more useful would be against unseen targets and wide area targets, and of course in the use of Chaff and Flare decoy rockets and Flare illumination rockets.
mack8

Victor "Cooper" Bondarev - has a ring to it

But I remember hearing a long time ago the total Mi-28 procurement would be somewhere in the ballpark of 130 or so.
40-60 birds is hardly more than could be expected.
TR1

There have been 97 Mi-28s contracted so far, though it is safe to say that will increase especially with Mi-28NM.
However when you consider they are all two seaters, the need for 40-60 conversion trainers for 100-150 attack helos seems excessive.
They are dual role, so that is something. However I would think the MOD would be more focused on catching up with Kamov with a full defensive suit, not to mention radar and ATGMs.
mack8

Well, i guess they didn't thought the full defensive suit worth having on the UB. Probably it will come with the NM though.
Btw, i was mistaken about UB's bort , it's red 37 (as known), the pics on the Russian Helicopters site show the first serial Mi-28N!
TheArmenian

Video of the the first flight of the trainer UB version:

My understanding is that the M model will be ready for full production in 2015-2016 and will have several design improvements including everything fully operational.

The Radar has already been tested and accepted so now missiles using the radar can be deployed.

Unlike with the Ka-52, the radar is at the core of the Mi-28s self defence suite so when the M models are ready for production in 2016 or so then previous models will likely get upgrades to the M standard so they are fully operational too.
Flanky 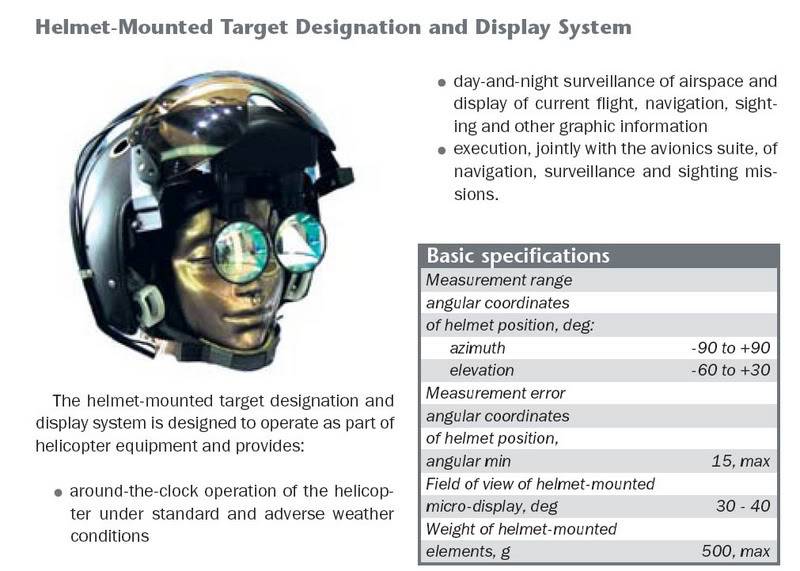 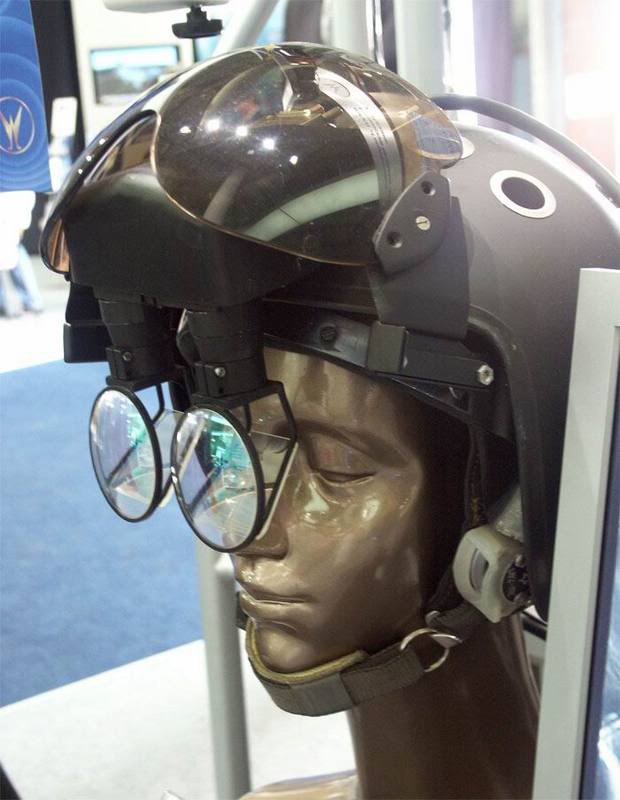 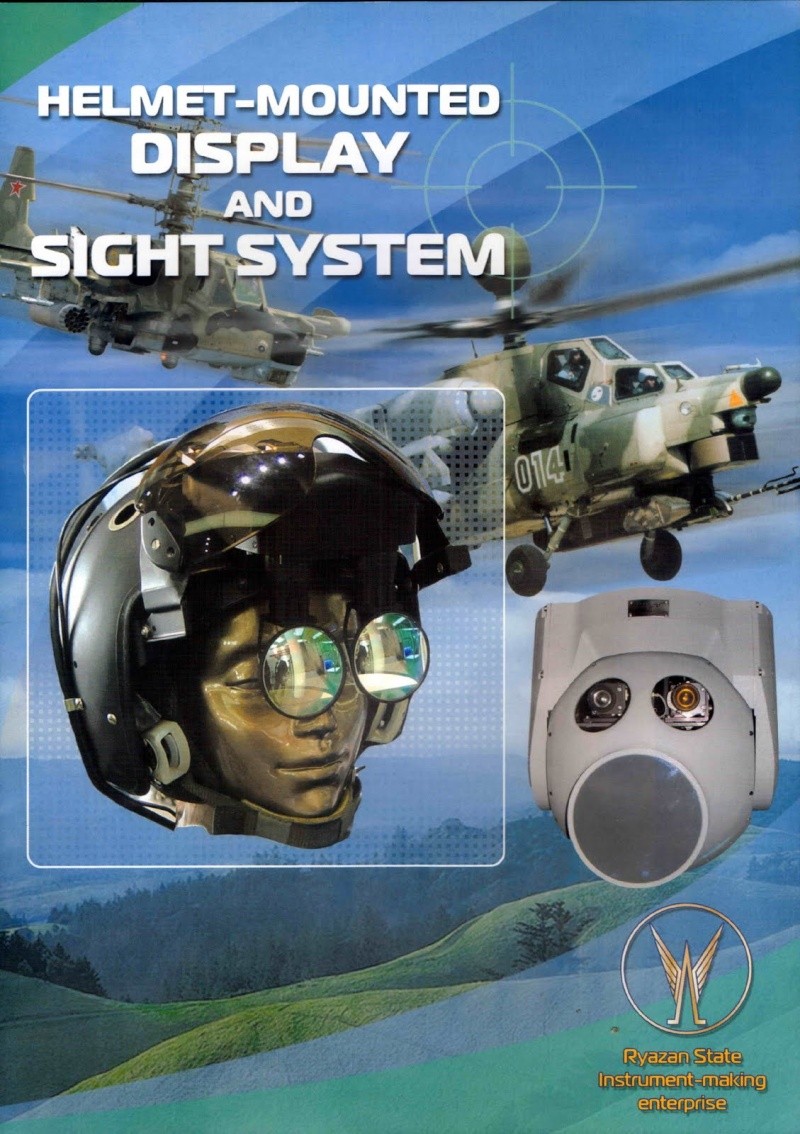 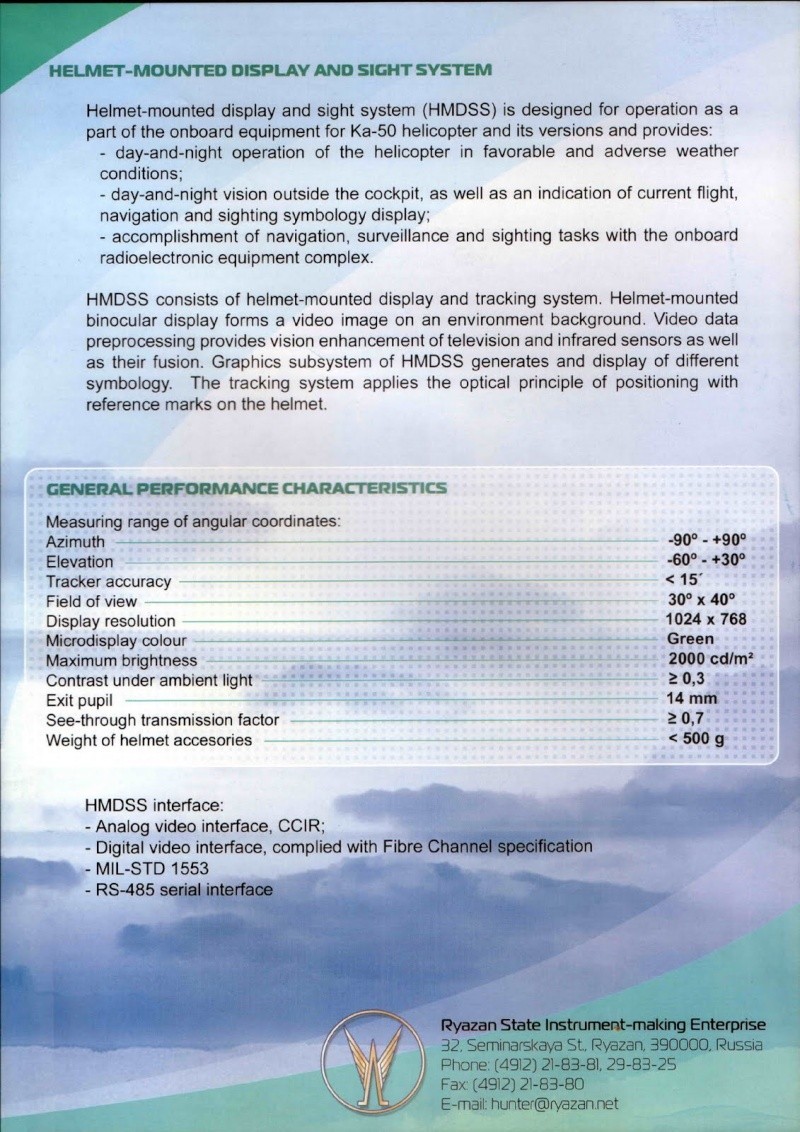 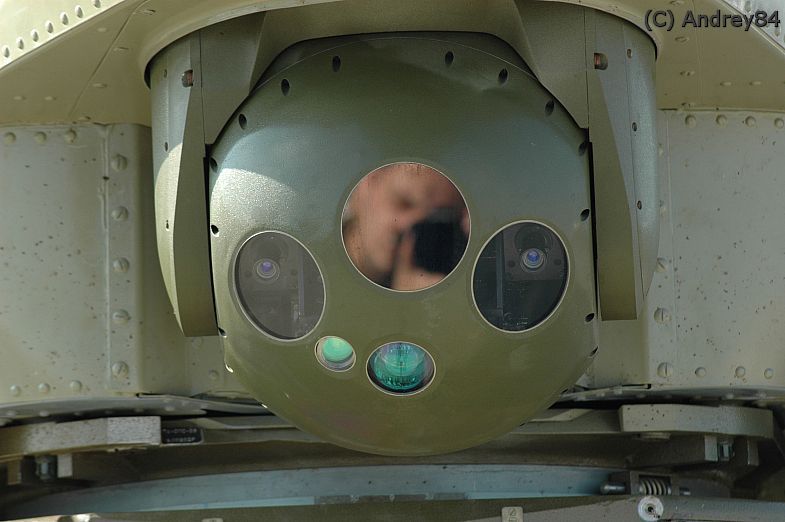 Note the optics ball immediately above has various optical ports... top to bottom, left to right... top centre is the thermal imager for night and all weather vision, below that are two widely spaced digital TV cameras likely with low light capability that will most likely be used with the helmet mounted sight above. The view from this optics ball is totally unobstructed so projecting its view into the pilots optics means it is like his head is on the nose of the helo and he has a full unobstructed view from in front of the helo with no cockpit or instruments blocking his view... like computer games with the cockpit turned off.
The last two optical ports are for the laser and laser receiver for laser ranging and laser target marking for laser guided and laser beam riding missiles.

Note the above optic turret is from the Mi-28N. 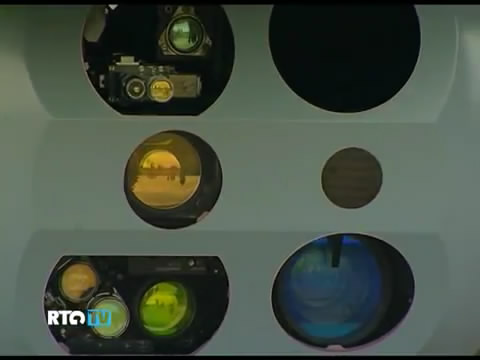 Extreme close up... there are no stereo optics ports because this is the gunners optics turret, not the pilots.
Sponsored content