News from Feb
Hope they get that clutter out the way

For many years, Russian industrial companies, relevant nuclear and marine design bureaus and research institutes have been scrutinizing the salvage of the sunken Soviet nuclear-powered submarine K-27 (Project 645, November-class). In case the lifting by Russian equipment is successful, experts plan to consider raising of K-278 submarine Komsomolets (Project 685, Mike-class), three informed insiders told Mil.Press. So far, the exact timelines of the lifting operations are unknown.

According to one of the interviewees, K-27 being grounded at the depth of 75 meters in the Kara Sea can be raised in the first half of 2020's. Earlier, the salvage was scheduled in the end of 2010's.

The second insider said a part of funds for designing of a Project 23570 specialized submarine salvage vessel had been already assigned. The ship was presented at Neva-2019 marine show for a limited circle of attendants. Reporters of Mil.Press found out its prospective characteristics. The utility model description classifies the ship as "non-propelled sea vessel for lifting, transportation, and delivery for disposal of scuttled (sunken) large-size and heavy-weight marine facilities".

It is planned to build the ship in Saint Petersburg or Severodvinsk, added the third interviewee. It may be a cooperation of shipyards. There are two funding options: a cost-effective (RUB 3-4 bln), and a more expensive one (RUB 7-8 bln).

Project 23570 implements the whole range of new technical solutions in the ship salvage. Several research works were carried out in this area, including those under the federal target program "Civil Marine Engineering Development 2009-2016". One of these works named Technology-A(TP) is aimed at "designing of technical project for package technology and technical facilities for searching, identification, lifting and delivery for disposal of potentially hazardous underwater objects".

One of the documents of that project says "the primary mission before... detailed exploration of... hydrocarbon deposits on the continental shelf of the Kara Sea and the Barents Sea, as well as adjacent shore of the Novaya Zemlya island group, is the environmental rehabilitation of licensed blocks from large-size and heavy-weight potentially hazardous underwater objects, including substantiation of various disposal options, i.e. lifting and onshore dismantlement, isolation on the seabed, or abandonment without intervention".

In July 2019, researchers of the Russo-Norwegian expedition based on the vessel named GO Sars explored K-278. Among other approaches, they used the remotely operated vehicle Ægir 6000 to reach Komsomolets, study leakages and take water samples.

Later on, experts from Norwegian Institute of Marine Research reported about growing radiation intensity around the Komsomolets scene of sinking, where it is grounded at the depth over 1.6 km. The vent hole where the water samples were taken is located in close contact with the sub's nuclear reactor. The radioactivity level appeared higher than the samples taken by Russian scientists in 2007. According to previous studies held by Russian experts, there were nuclear releases, and Komsomolets was heavily damaged. One of the reasons for radioactive emissions can be ocean currents. Along with that, the findings were called preliminary, and the leakage was classified as non-threating to fishery or the sample takers.

On February 4, Mil.Press failed to contact the expedition leader on the Norwegian side, Ms. Hilde Elise Heldal.
FOR REFERENCE

K-27 was laid down in 1958, launched in 1962, and commissioned in 1963. After the accident occurred in May 1968, recovery of the submarine was condemned as inexpedient. The submarine had been mothballed for 13 years, and then sunken in the Kara Sea.

K-278 was laid down in 1978, launched and commissioned in 1983. On August 4, 1985, being headed by Capt. 1 Rank Yury Zelensky, the submarine set the world diving record, 1000 meters, and launched torpedoes at that depth. Komsomolets perished on the post-patrol homeward voyage in the Norwegian Sea on April 7, 1989 as a result of fire that led to the loss of buoyancy and foundering. 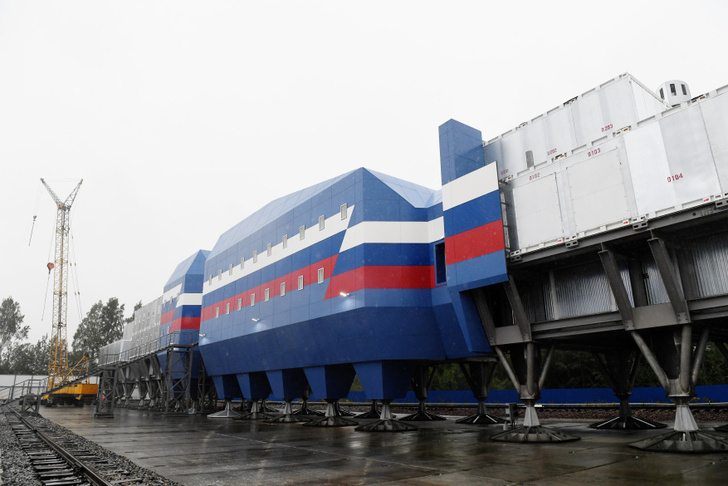 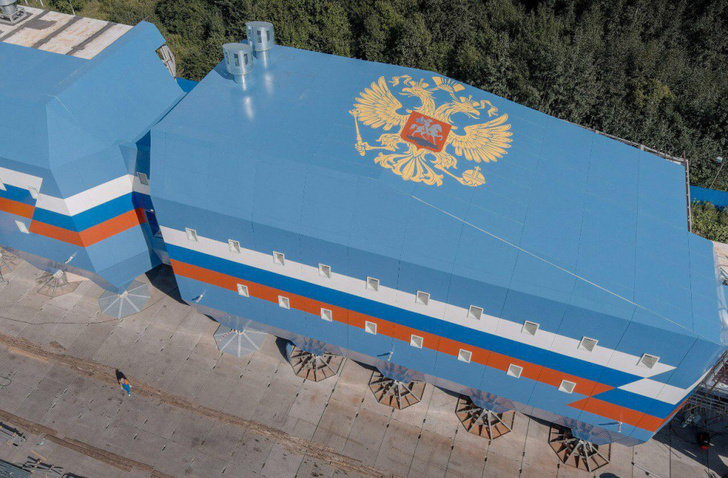 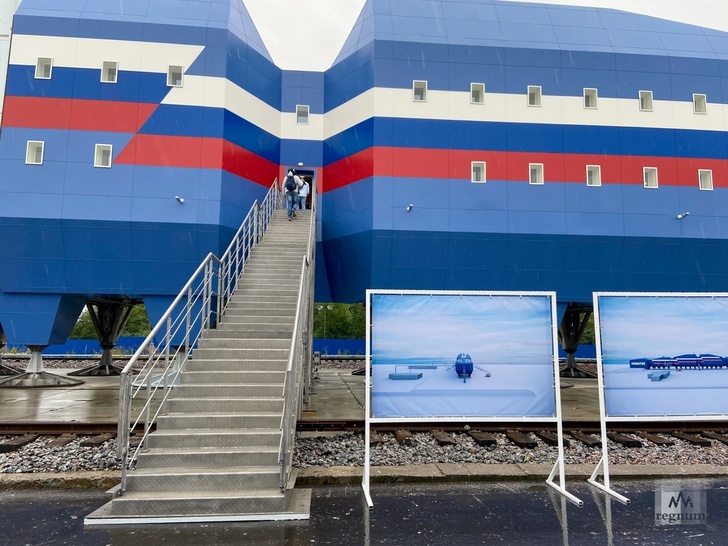 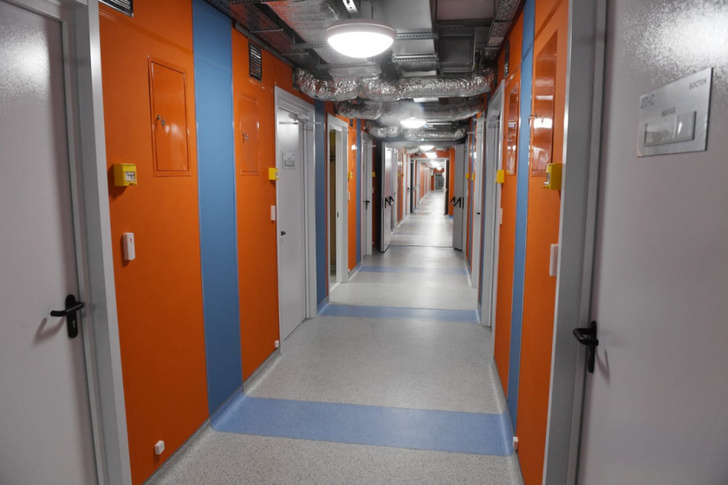 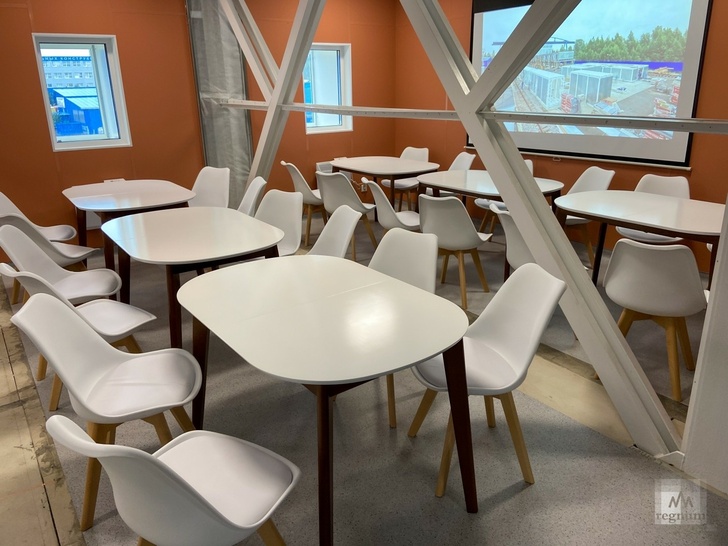 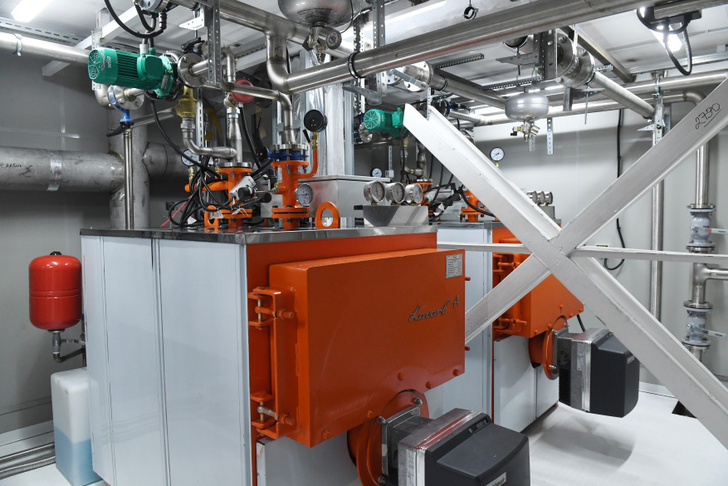 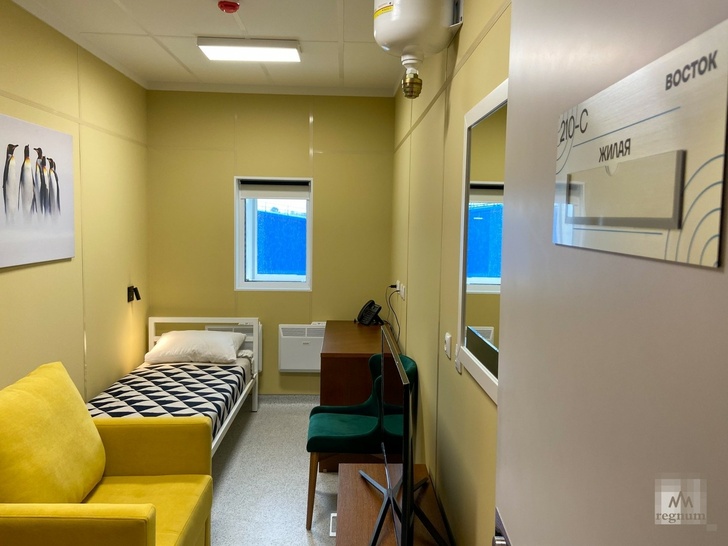 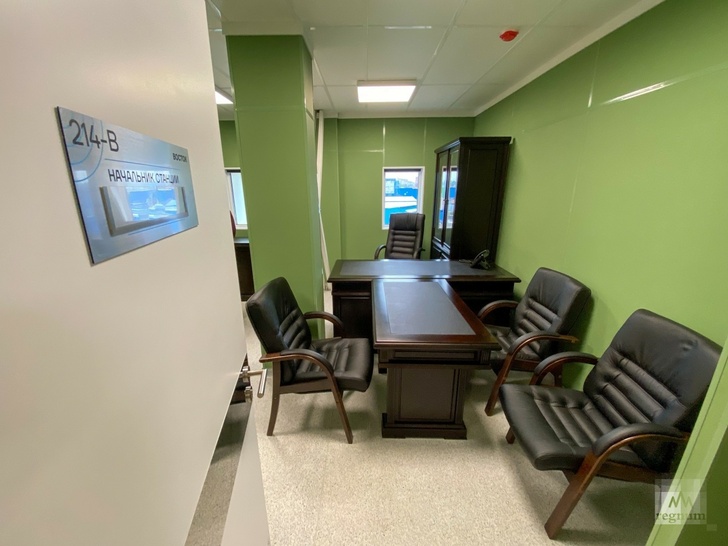 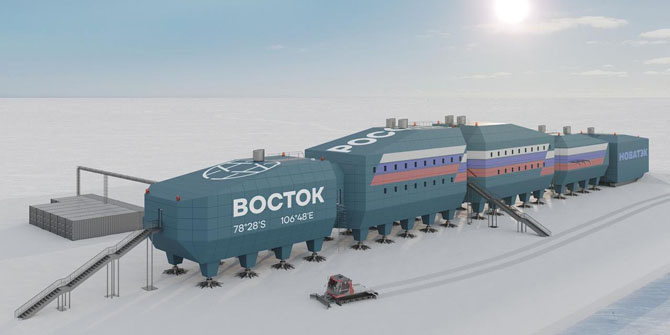 It will be replacing this (not a moment too soon I might add): 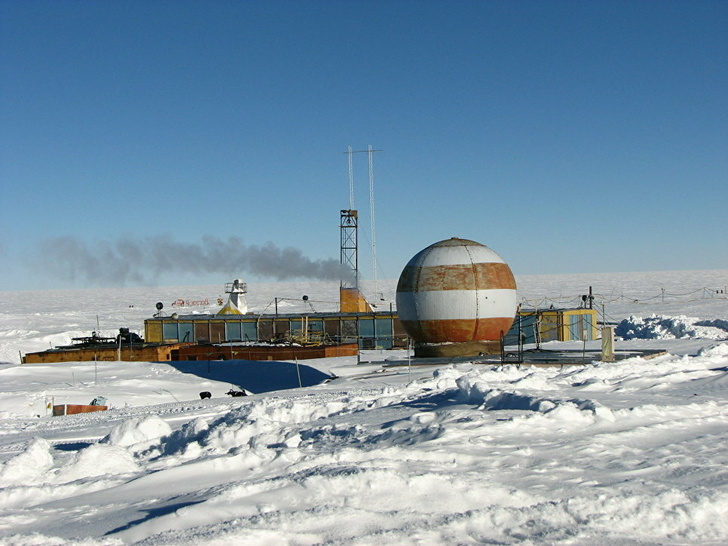 Well it looks a lot nicer than your typical Japanese apartment.
flamming_python

Documentary film about future technologies and development of the Russian Arctic, made in co-operation with Rosatom and the Russian Geographic Society

It's in Russian but you can switch on closed captions, they're decent enough

Well
It's nice to dream anyway

Considering, that this Antarctic base is modular building and made in factory, than Russia could made more of them for their scientific bases in Russian Arctic. They could easily place one such civil scientific base on Arctic islands near their military bases as well as on Russian Arctic mainland near Arctic vilages, where they could also serve as social objects for nearby population. Constantly populated civil bases will importantly increase Russian stand in their Arctic lands. This modular object could as well be made as hotel and placed along Northern sea route to give more security to ships sailing there.

Now THATS impressive.  I'm thinking about how one goes about "dismantling" such a structure, shipping it to Antarctica, transporting overland to Vostok, then assembling.  Vostok is further inland than the Amundsen–Scott base and is hard to get to overland (its often referred to as a "pole of inaccessibility"). I guess they would need to land the prefabs at Mirny station on the coast (not sure if geopolitics allow them to use the wharf at McMurdo) and them carry them inland, but fuck what a job...
Tsavo Lion

AN-22/124s & IL-76s could deliver all of that directly. Dismantled old structures could be taken back by the same planes & recycled.

China, Pakistan & India could also buy these modules for their Antarctic stations &/ mil. outposts in the mountains.
PapaDragon

Tsavo Lion wrote:AN-22/124s & IL-76s could deliver all of that directly. Dismantled old structures could be taken back by the same planes & recycled.

China, Pakistan & India could also buy these modules for their Antarctic stations &/ mil. outposts in the mountains.

Most likely it will be trucked from the coastline old-school

And they will definitely not dismantle old structure, it's not modular and they will want to keep it around, any additional safe shelter and storage space is more than welcome down there

a ship can deliver it to the coast & then planes that will need to go there anyway bring it there; some old structures could be repurposed but most of them r probably beyond repair & unsafe for anything, esp. after the fire- time will tell!


This new Vostok Antarctic station is designed for -100oC. I don't think it is made from ordinary materials.

The modules will be delivered to the Wostok station by vehicles. 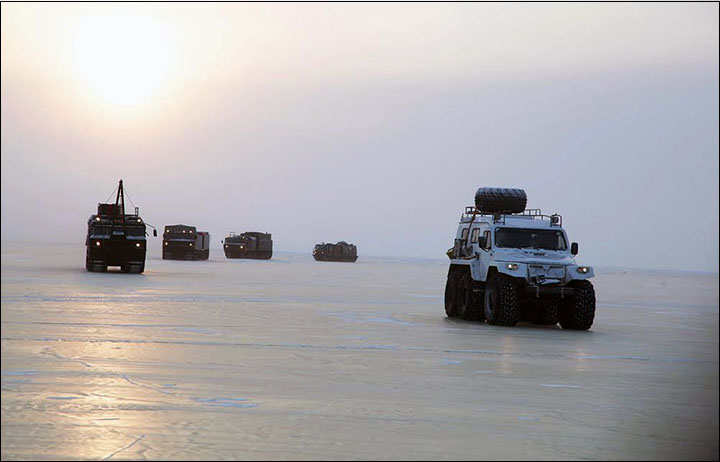 This was done so in the past. The simplest and cheapest way of delivering so many items.
GarryB

It will likely be a flatpack modular building type thing with standard parts and framework...

Most likely delivered by land vehicles and trailers and dragged on sleds... after being shipped there...
flamming_python

Hole wrote:The modules will be delivered to the Wostok station by vehicles.

This was done so in the past. The simplest and cheapest way of delivering so many items.

Granted there are probably better vehicles for the job

Those disassembled units won't need many planes/flights to move. To save $, crews can be given less training time at home as this airlift could be used instead of, & counted as it.

The old buildings don't look very impressive but they weren't made from local timber.... it all has to be transported down there... and taken out afterwards too.

Most of it will be shipped down I suspect... simply because of the distances required to fly it there...

The example shown above is fully kitset.... they will have practised setting that one up and if they are really keen they could drive the components up far north in teh Arctic and practise assembling a few bases up in the arctic so they know what they are doing... I mean the building at one end seems to be the only one with proper foundations... all the other bits just sit on the ice, and presumably can be added or removed depending on the design you are interested.

They might start out with the big end building and one or two smaller add on modules to start with and then expand the following summers when the weather is good.

US is not going to allow Russia any of its evil activities in the Arctic. Watch out Russia, here they come: 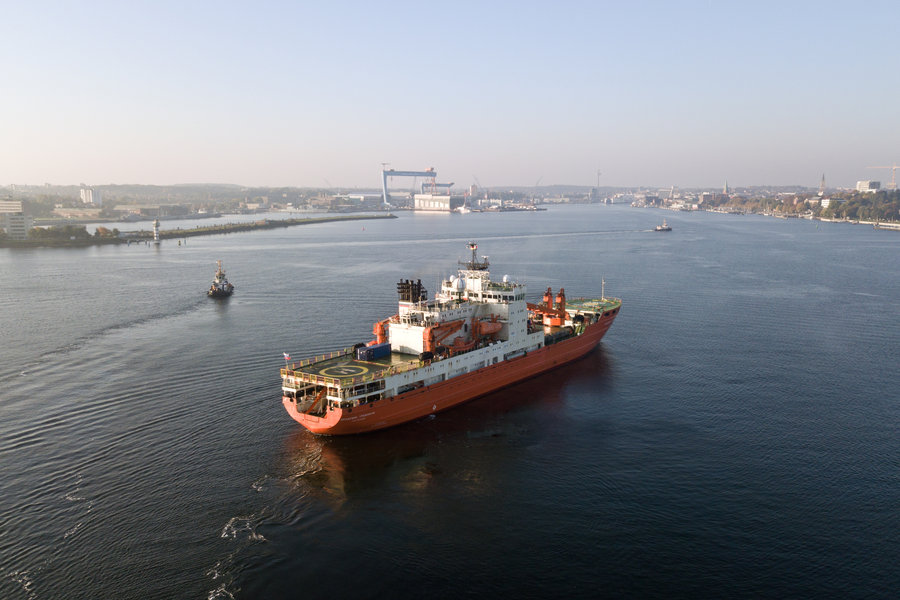 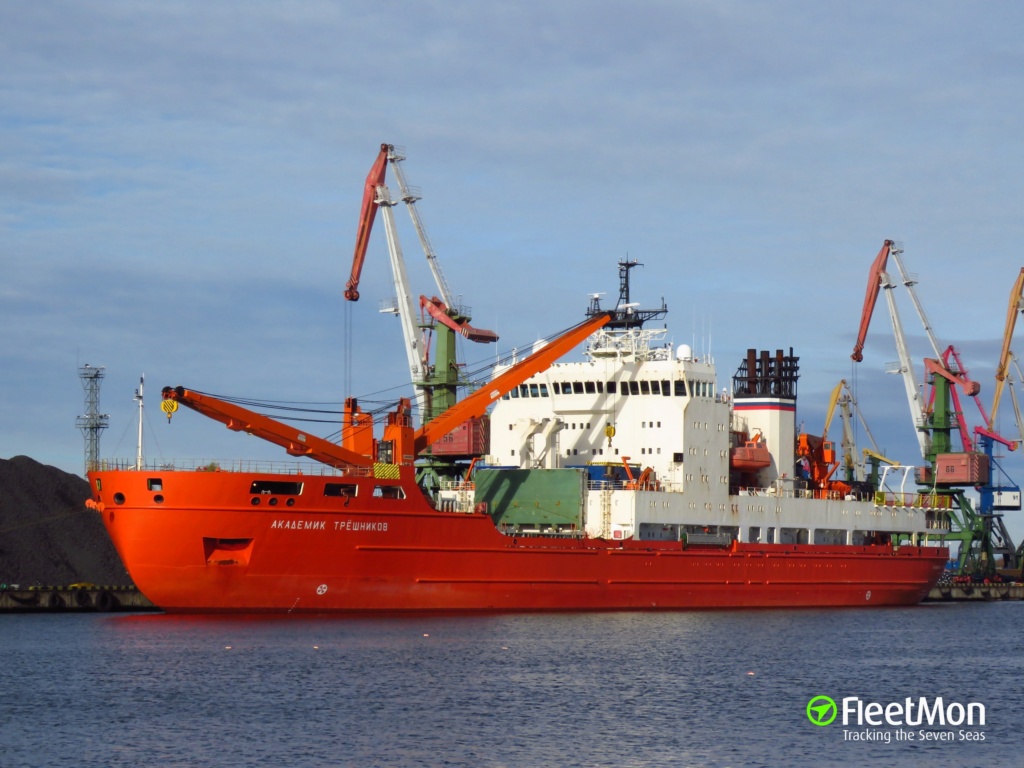 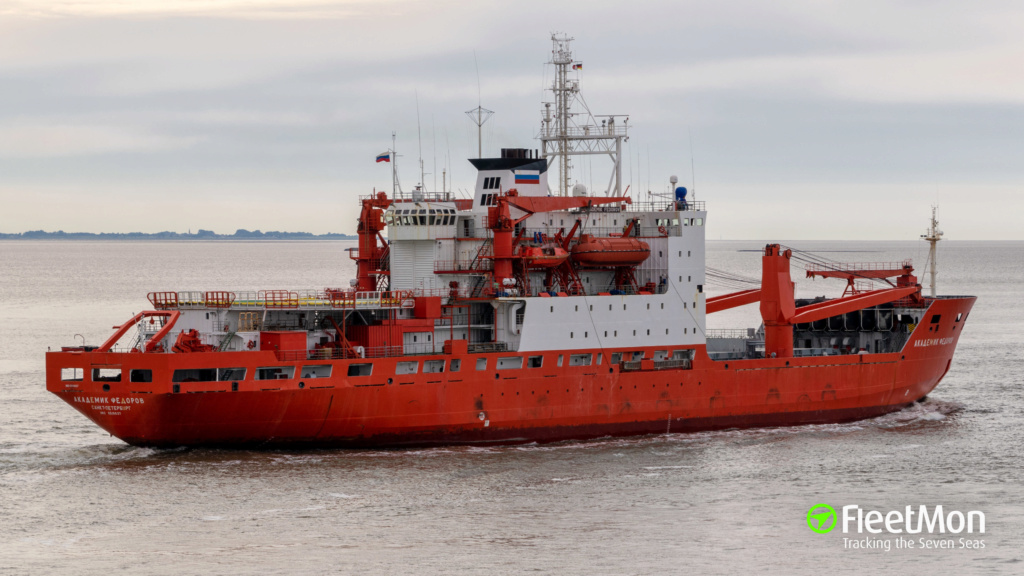 Russia has an old Soviet BM base in Chukotka with tunnels under snow covered mountains, & I heard it's being revived.
Gudym: The Soviet town that threatened America's West Coast
[url=https://www.rbth.com/history/326274-soviet-town-threatened-usa#:~:text=Gudym (also known as Anadyr,Peninsula in Russia's Far East.][/url]