I have a feeling that the western tanks will be a failure and an international scandal. And from there will come the definitive debacle of Ukraine.

Post  SeigSoloyvov Today at 7:16 pm
well if the russians do plan to seize Odessa then we will know when the large scale influx of russian troops enter that area as they will need to insert another 150k-200k to hold all of that area

Oh sure, sure!
Everyone here is interested to hear a strategic analysis of someone who has an issue with adding and adjusting in 1-50 range.
Any random kindergarten can be a NATO thinktank!

I have a feeling that the western tanks will be a failure and an international scandal. And from there will come the definitive debacle of Ukraine

That's the US plan. Let germany sebd its best tank which everyone knows will blow up easily with kornet hits. Meanwhile they will send their old M1.

At the end they will say leo 2 sucks like shown in ukraine and tell Nato members operating it to switch them for our m1a2 in order to be able to face russians because leo 2 sucks.

At least France has its own shit and is still relying on its own stuff. Rest of europe is 100% parasited by the US. Germany is following their path, they just ordered f-35 abd are loosing their industry.

"Oh sure, sure!
Everyone here is interested to hear a strategic analysis of someone who has an issue with adding and adjusting in 1-50 range.
Any random kindergarten can be a NATO thinktank!"

Lol you really do talk just to talk, this reply is hilarious and shows you just can't shut up and have to keep talking and talking like a fool.

Russians do not have enough troops in Ukraine to take Odessa, I also never said it was all combat troops, if you are garrisoning an area it means longer and bigger logistics you need men, and you need guards for points in said area. Russia would need to deploy that many more forces to keep Odessa secure and all the other areas it would need to seize to hold Odessa.

You would also see these troops being moved in, you cannot hide that many men being moved around.

Nothing I said above was incorrect you just had to open your bitchy little mouth to try and take a cheap shot.

Kid grow up for real.

Garry this kid's post was littered with insults and was just to take a shot at me, this is against forum rules. Talk to him.

You're probably right, they'll need a cop-out when Russia destroys them with ease and they have no shortage of older Abrams models. 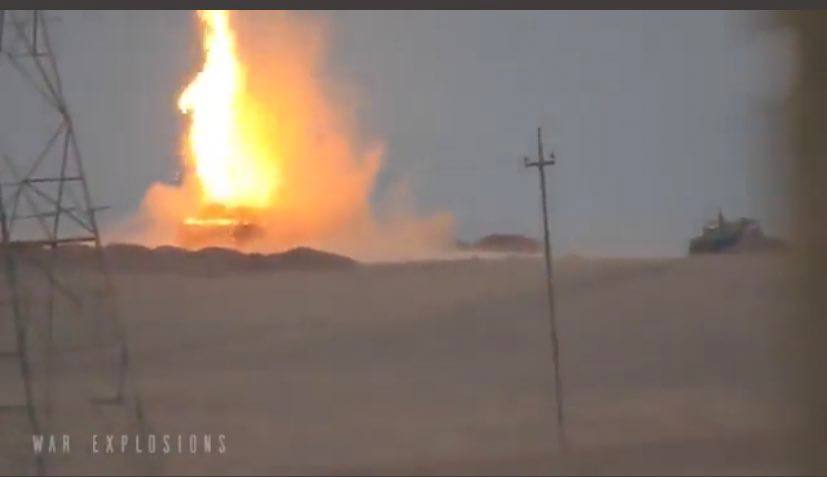 Kid grow up for real.

So the West is also going to send warplanes to Ukraine. The Russian VKS will have something to practice on, as will the anti-aircraft defense. You can see NATO is putting everything on one card.

There are posts out there on Twitter that give away the "exit strategy" concerning western tanks. They are gamechangers "if used properly".

So after the first hundred or so Leo2 and Leclerc and M1 tanks litter the landscape of 404 the western "experts" will claim the slavic Untermenschen
of the Kiev regime used them wrongly.

The M1A2 was never great; its fucking trash

Its an outdated design. More expensive, a lot cumbersome but has zero adaptations against the real armor killer on the battlefield - Krasnopol shells lased by Orlan drones.

Weak piss shit. Just like their Shermans, and their Pattons, all pieces of crap compared to their opponents tanks. The difference is, the Abrams were extremely lucky never to have come up against actual opposition that isn't a disfunctional, sanctioned, bombed out shithole before the tanks even touch enemy soil

More forced conscription in the Ukraine. At gun-point this time

These videos should be watched carefully by all those dudes that think the Kiev regime can send hundreds of thousands of new fighters
to the frontlines. For every one poor guy send to fhe front by force the regime needs 2 or 3 armed "loyalists" at the homefront to keep
order. 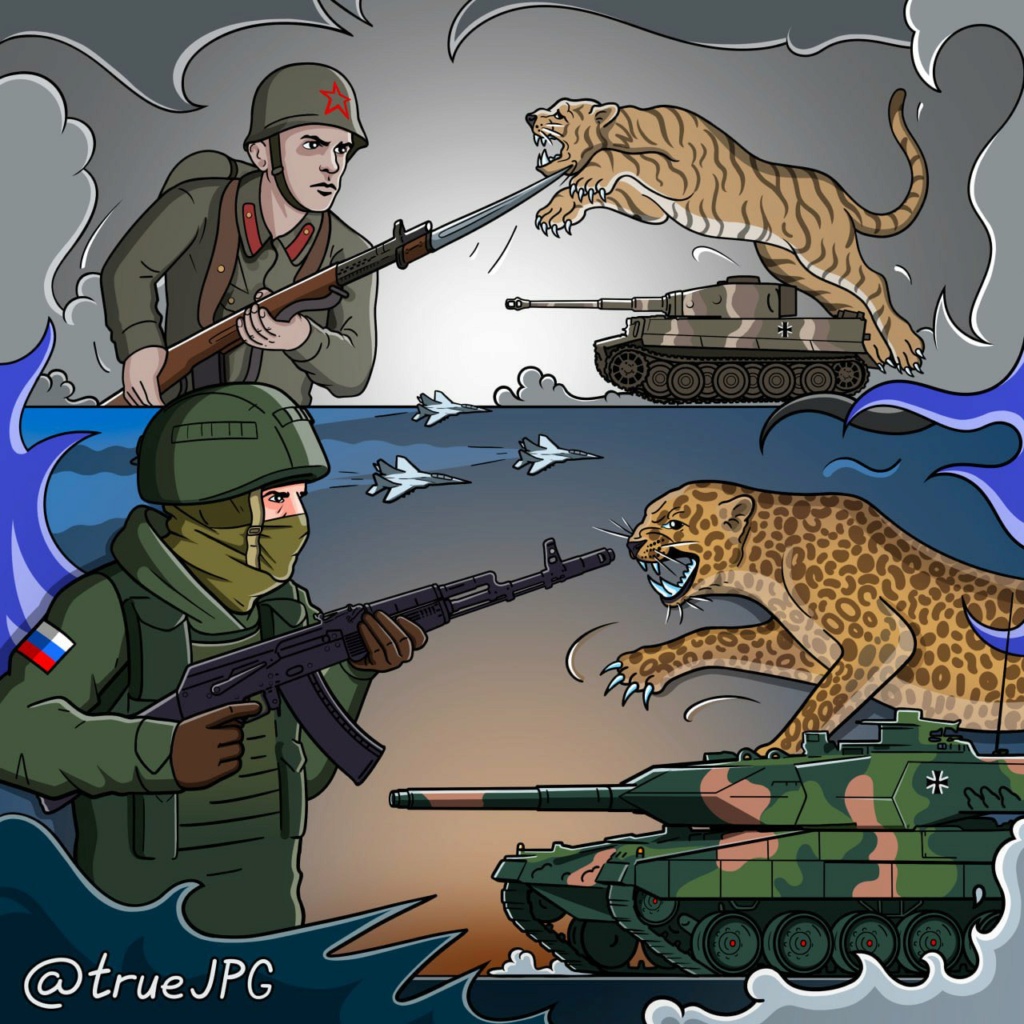 Pro Russian forces had confiscated several Javelin and N-LAWS ATGMS. They can be used against the Abrams and Leopards.

As an aside Russia should develop their next generation of missiles as missile that can be ported between different systems. This will not just deliver greater capability but also cut back on cost drastically.

We are talking about a civilized, developed country like Russia and not your dirt poor shit hole country India.

Don't you realize moron that NATO already knows about the specs of the Javelin and NLAW? But I rather suspect you have ulterior motives.

Fortunately Russians are lucky enough to enjoy the birthrights of a civilized country, while others can only catch a glimpse of it. You and your ilk seems to be something very similar to being born deaf-mute, blind, or unable to experience anything else that is a regular part of a civilized person’s existence. 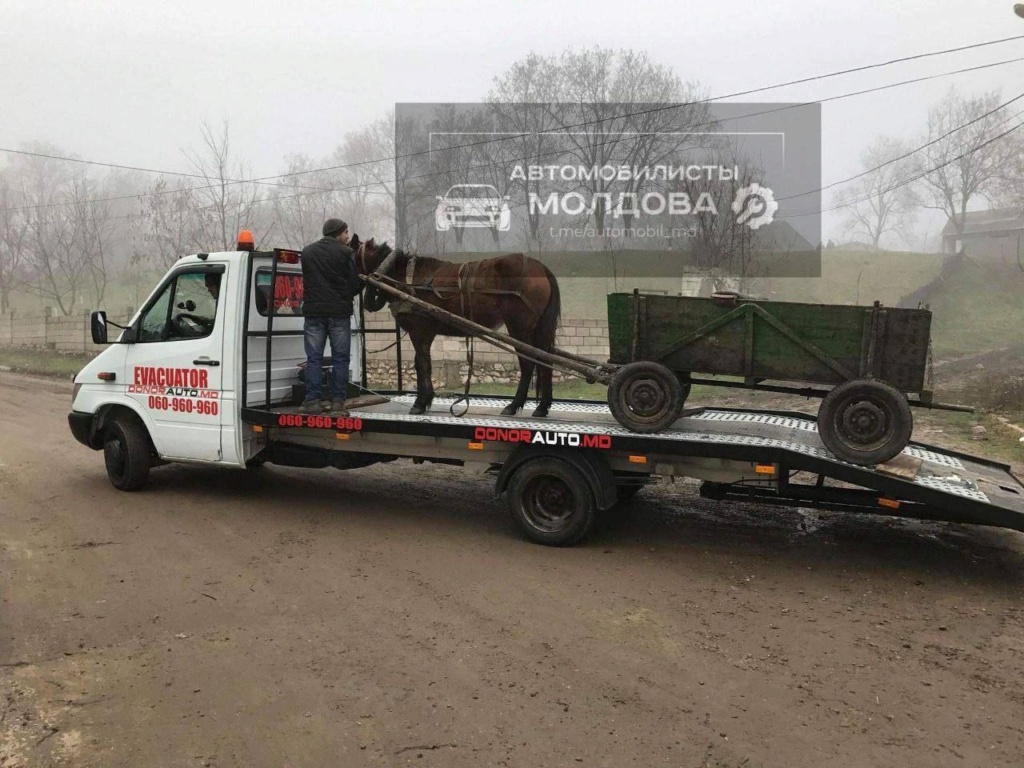 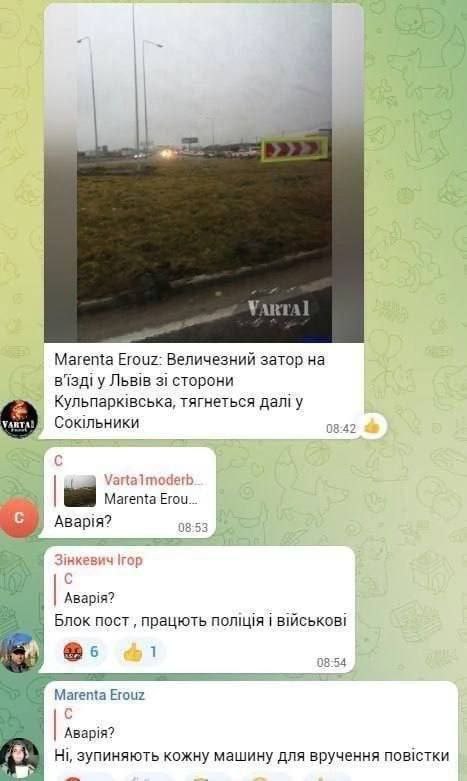 Now the loyalists are coming for Lviv.

Considering that NATO would have potential - all scope of it - they would have been in "just shut the fuk up" mode.
Several brigades would have been established and trained in Poland, to be shipped as an army corps or something.
In the dedicated theatre.
Let us be reasonable.
Sending 10-15-20-30 tanks in batches means pure slaughter.
Lets consider MORE!
If we take for granted all the declarations, we talk about +/- 300 tanks in HALF A YEAR perspective.
Different from all angles logistically.
Even if they will have a time and luck to combine those in one armored unit divisional size ...
Holly shit, there are TWO armored ARMIES just around the border.
Those will be just melted.
Maybe Russkie will lose some week's output of tanks to do that - but there will be just smoke&debries left after.
The whole story is a fukin JOKE if we keep in mind that those bloody khochols are being obliterated each fukin minute as we speak.

The command of the 128th brigade of the Armed Forces of Ukraine in the Zaporozhye region was destroyed, - Vladimir Rogov

flamming_python wrote:More forced conscription in the Ukraine. At gun-point this time

Nothing surprises me anymore

And yet they are all still absolutely loyal

Quite admirable it in a certain way

When you face a decades long prison sentence or just summary execution, it's easy to be "loyal".

I'd like to remind everyone that the Ukrainian security services boasted only a few weeks ago about having caught tens of thousands trying to flee the country, and once detained they threw them into the Bakhmut hell. They also said that some resisted, turned violent, and were executed on the spot.

I would not totally discount the arrival of western equipment

Remember in Kharkov they had success

They did it in Kherson, as they did in Kharkov

If they allow Ukraine to buildup , we will see another smart retreat from Kherson, and Zaporozhye

Finally, I agree with the Frenchman who writes that German tanks will be destroyed like any other tanks. Although, I am convinced that France will also have to send Char Leclerc tanks, even though these tanks have one advantage - in the event of the destruction of the tank, one less crew member would die because the Leclerc has 3 crew members. 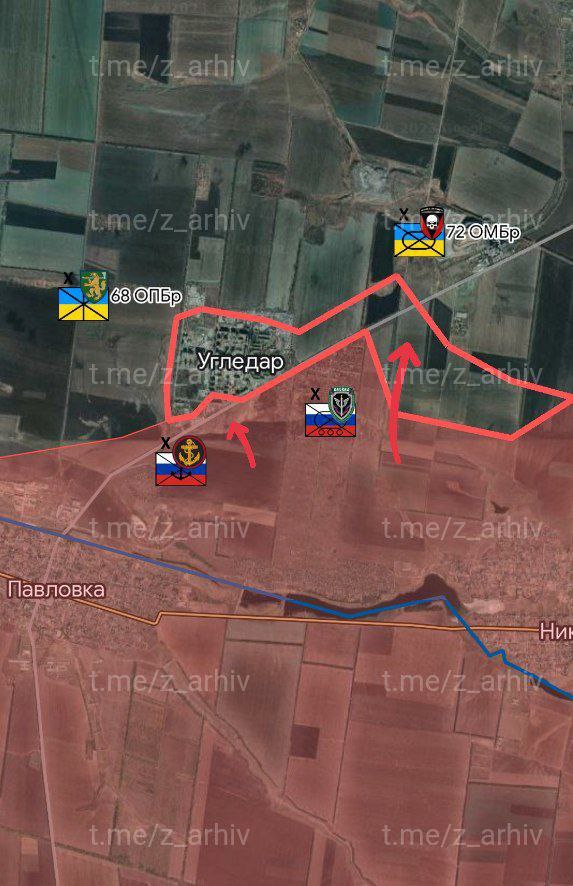 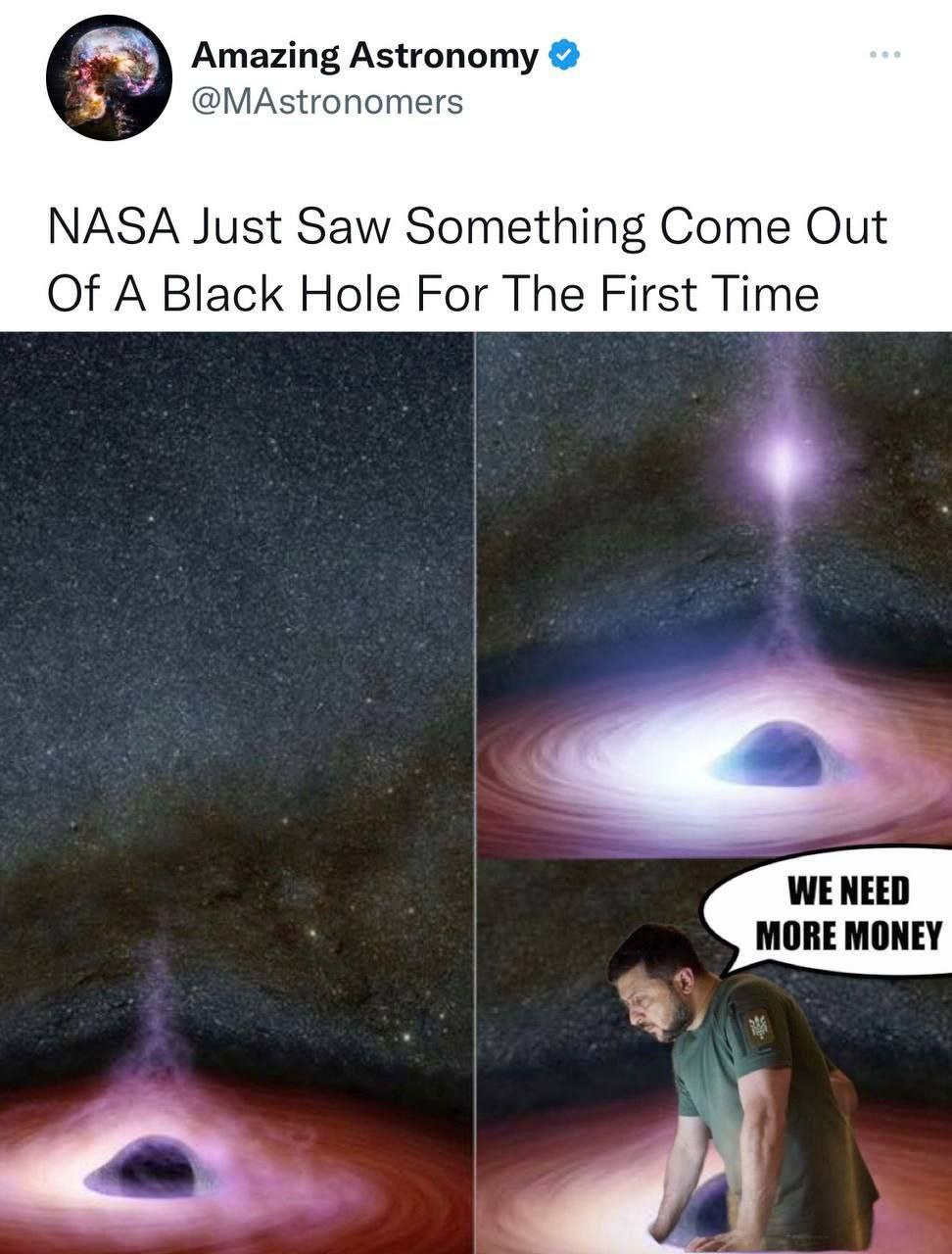 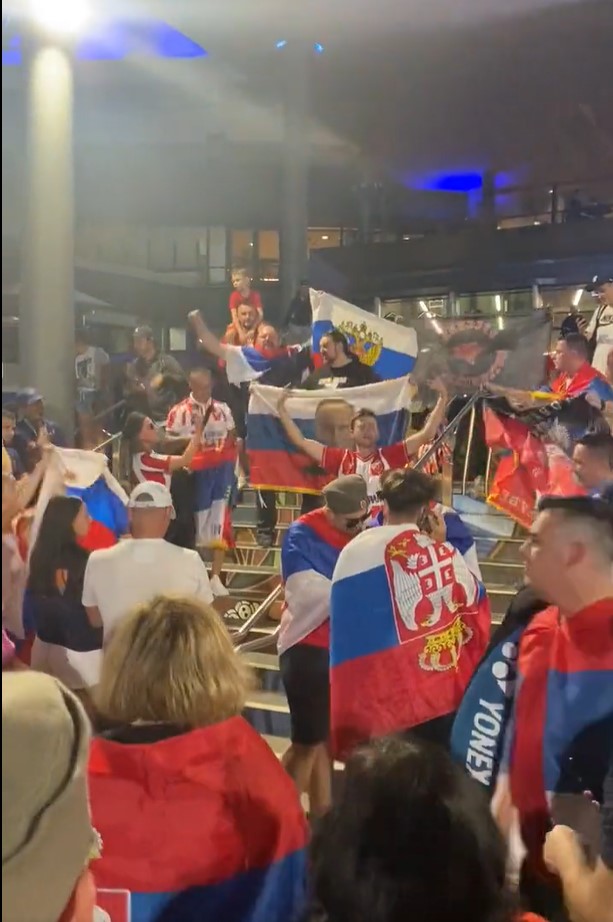 IMO the literal fields of burning western equipment on the plains north of Kherson are more indicative than the quite reasonable retreat caused by entirely different factors (Russian aversion to casualties, the threat of the dam being bombed by suicidal Ukrainians and thus screwing everything up etc).

Mind you, UA suffered incredible losses and they were actually very surprised that RU suddenly left the place. So surprised that they thought it was a ruse, so they didn't even dare to enter the city at first.

If the Russian command wanted to keep it going, they definitely could have. But the point of the so-called "SMO" is not primarily about holding territory, it's about demilitarizing Kiev as cheaply as possible.

Reports of Gerans in the air.

We are talking about a civilized, developed country like Russia and not your dirt poor shit hole country India.

Don't you realize moron that NATO already knows about the specs of the Javelin and NLAW? But I rather suspect you have ulterior motives.

Fortunately Russians are lucky enough to enjoy the birthrights of a civilized country, while others can only catch a glimpse of it. You and your ilk seems to be something very similar to being born deaf-mute, blind, or unable to experience anything else that is a regular part of a civilized person’s existence.

Keep you racist shit to yourself and out of this forum.
@Garry
This guy should be banned or something.

Why is Rybar showing that the center of Maryinka is still held completely by Ukraine?