( 1 ) If changing the Generals positions information is correct , then this means that command is less top heavy . If this trend continues , then decisions will increasingly be made by lower ranks ( rank is a word derived from Persian word of '" rang " or colours , in the old Persian Army , to distinguish fighting groups ) . A good thing , I think , where every soldier is a General and vice versa . More efficient , less Brass and more Lead .

Surovikin and Gerasimov have the same military rank: General of the Army, I thought that it is equivalent to 4 stars, above that it is only a Marshal if it exists in Russia nowadays

What has happened is that there has been an expansion of command capabilities, if several Z, O, V formations were unified in September, under the same command, now the expansion of command means going from a single "front" (group of armies) to two or more "fronts" , as happened in the Great Patriotic War
That supposes that more forces will come into play and the scenario of operations will be expanded.
But there is still a long way to go to reach the extent of the Red Army with perhaps 12 million of manpower and this command

( 2 ) What does Salt react with to produce chemicals that erode steel ? But that produces no harmful gas for humans in the Salt - mines ? If such reaction takes place , then all weapons and Ammo rust . No need to send troops down to clear

Salt (any salt) is the result of a chemical reaction, therefore it is more stable. Common salt is used as a preservative

For example, hydrochloric acid ClH can react with caustic soda / sodium hydroxide Na(OH) to give ClNa and H2O

Surovikin was mainly in charge because of the massive air campaign (cruise missiles and drones) that targeted the
electricity grid, some communication nodes and AD systems. This is his expertise. In the coming weeks the focus will
shift back to combined arms ops. 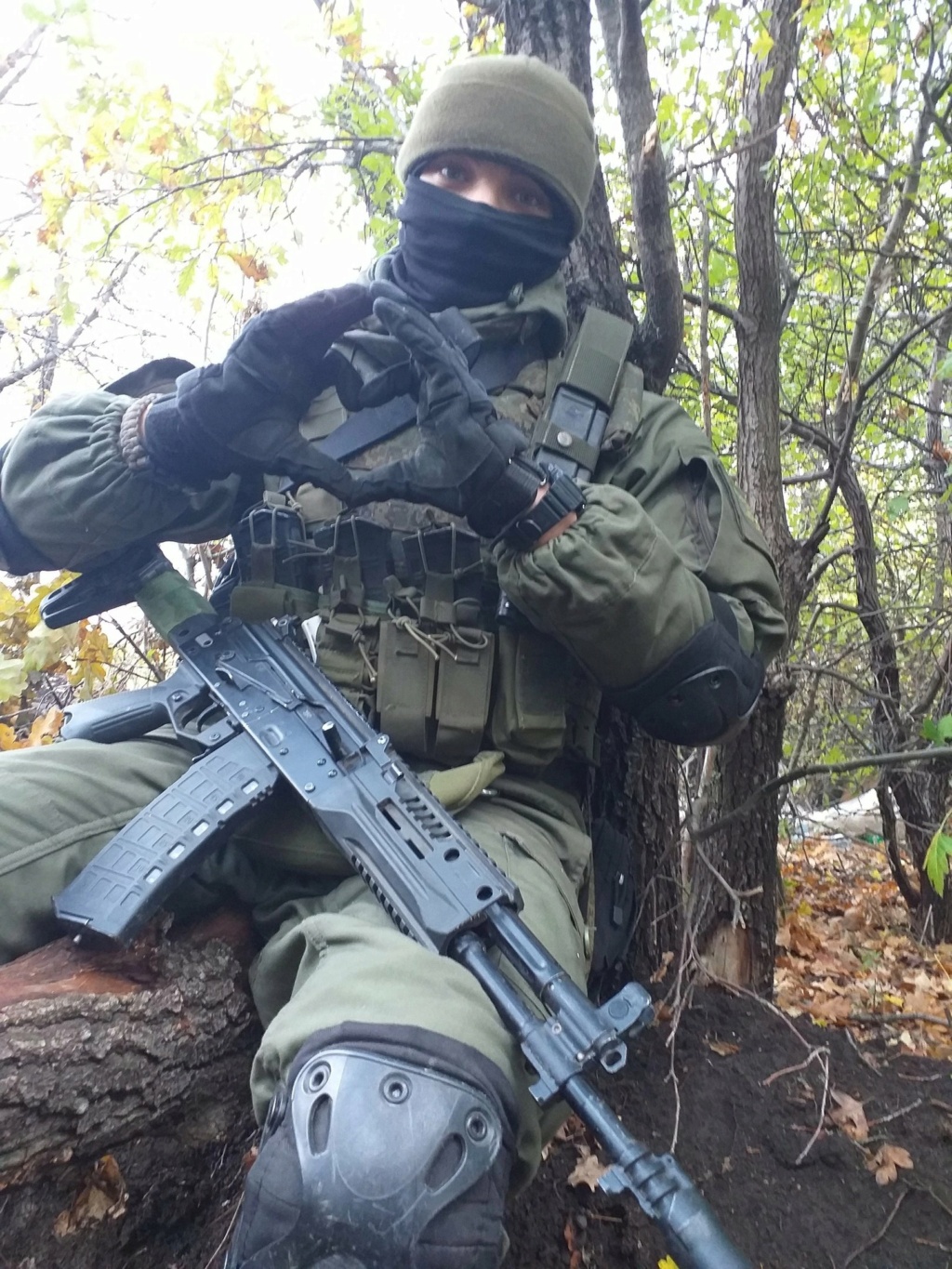 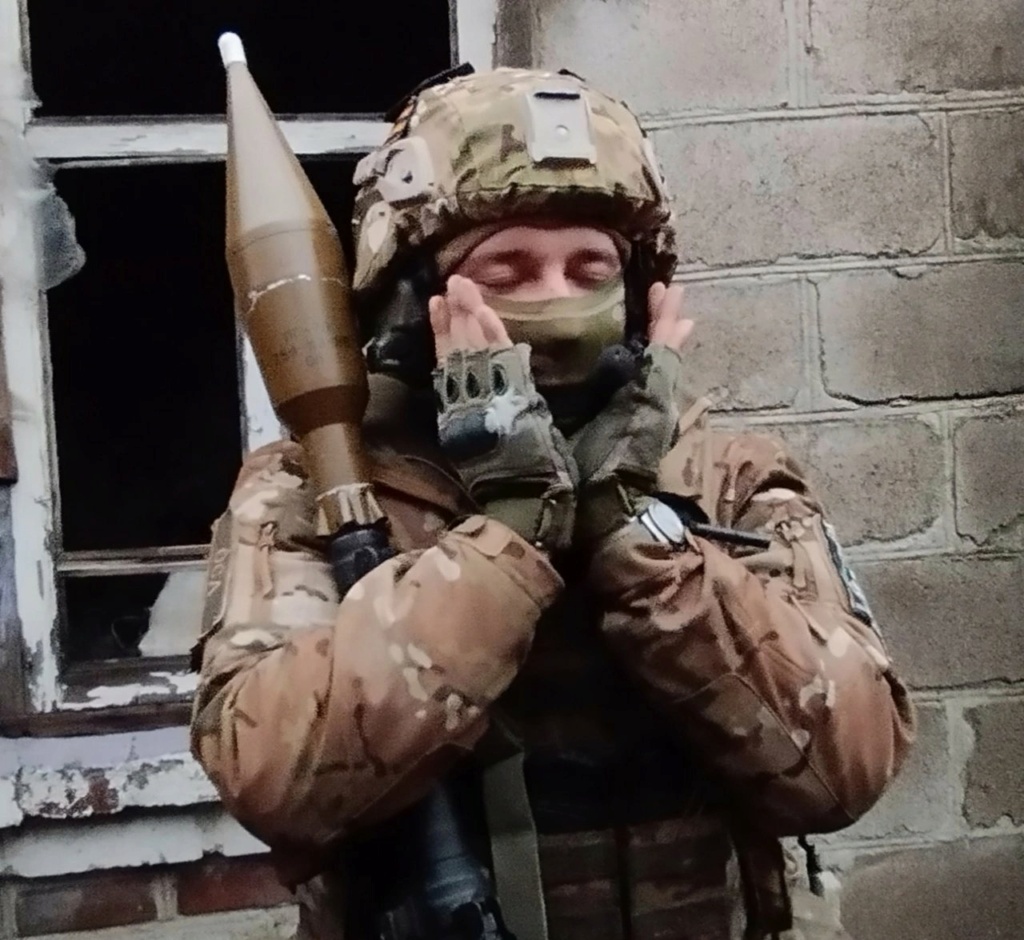 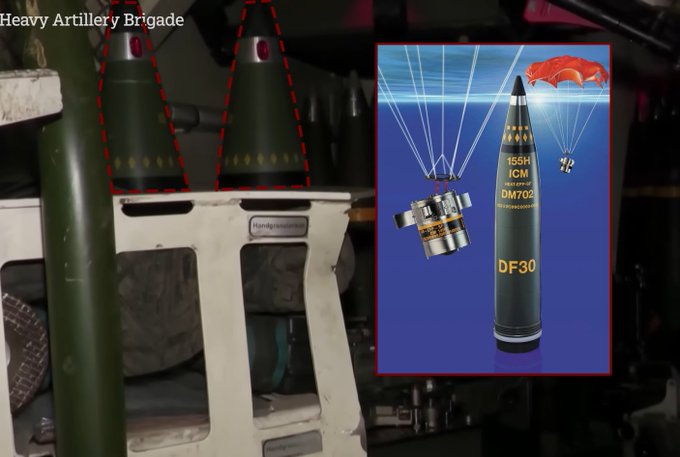 ... and again ...
This is nothing new.
Russkie are using SPBE parachuted self aiming top attack ammo for MLRS and air dropped dispensers.
That is the difference. I can't remember an artillery shell with this cargo, but we don't know the Koalitsya full load.
Rocket carried version for 9K57&9K58 was operational in 1996 ...

But remember, this is German.

Apparently Russia doesn't invent the equipment but when Germany "invents it", or does it, its apparently better.

Except now we are seeing actual real world results of vaunted Western gear.

Scroll down for video. He's General of the Army there.

I guess media's common use of outdated photos of him as a Colonel General (three stars) has led people to believe he was promoted just now or something. But no, he's been General of the Army since August 16th, 2021.

Just to get that misunderstanding out of the way.

That is after infantry has cleared the buildings granted ww2 was a different case.

Also Korea and Nam? lol the fact you brought those up really shows you don't know what you're talking about.

we can use the current war as an example, what happened when the russians brought their tanks up close to buildings, ambushed and taken out, you can find videos of that from the first months, since that they have stopped doing it and kept the tanks in firing support roles when it comes to urban areas unless they know the area is clear.

Again your classic tactic lying and only mentioning a very small trace truth to make yourself appear right.

So what inaccuracy will you next remark claim, I remember when someone said you talk just for the sake of talking and yeah you do. Learn to quit while you are ahead, word of advice.

The conditions in the salt mines are dry so any metal stored there is not going to automatically rust as if it is washed in a brine.
But there is fine salt powder that will deposit on anything lying about and there is ambient humidity in the air. So rusting will occur.
But the equipment is not stored "naked". It is packed in crates that are rather tight. Anyway, the Ukr equipment in these
mines has not been stored for decades it was put there only in the last several years.

The sub-munition has a search radius of 150m and only the first one can be released precisely.
Strong winds in the target area can make the whole thing useless.

I prefer laser-guided Krasnopol, even if the range is shorter.

When Mosins and SKSes were sold off from these and similar mines in the 1990s they were wrapped in parchment paper and drenched in gun oil/grease, too.

The surrounding salt reduced atmospheric moisture to nothing, and the stable temperatures also helped to prevent degradation, but paper and grease sealed the deal.

The guns were like brand new after 50 years of storage there.

that one vid which says RPG-21 is clearly not an RPG as its guiding. What missle is that. And WTF missile is on the Leopard ? is that a Kornet? The M1 is probably fixable as the ammo is well isolated on that tank. Will need some significant turret repairs but prob not a total loss.

sepheronx wrote:If Ukraine had that amount of tanks still operational, they wouldn't be begging and riding around in pickup trucks....

It is possible they have that many that could still be made operational, but at a great cost and requiring facilities they no longer have.

So all in all, this supposed pool can be considered practically non-existent.

Russia's many "tank graveyards" have a better chance to be reactivated, even. But they don't need to bother with that as they have huge reserves that have actually been properly stored, and new production in full swing too.

On the topic of the 2 "Ukrainian" (I should really say AMERICAN) troops being killed, the Russian soldier was taking huge risks. He was literally milliseconds away from death. Firstly look how the enemies are when he approaches. No hands up, no nothing. At the end, the right hand enemy has his gun pointing at the Russian. It would take milliseconds to move his hand to the trigger. And the Russian may well have died. The lefthand enemy, again there is huge danger for the Russian. The enemy has persistently failed to put his hands up too. The hand movements across the chest mean nothing. It could be to freeze the Russian who is already contending with an enemy rifle still pointed at him after... 15 or so seconds or calls to surrender. The left hand enemy may easily have pulled for a pistol in his chest or wherever. The Russian is very lucky to be alive. He was an absolute hero. In fact far too much of a hero. Hopefully he will be far more cautious from now on. I would have killed both from 20 ft away. Without malice, just common sense as part of the operation of liberation from evil. And the "Ukrainians" only have themselves to blame. If I can work out what happened over 8 yrs of advancing Fascism from England, I'm sure they could have worked it out from Ground Central. That can only be a warning to others, who refuse to question the lies the Western Establishment peddle. wrote:

Yes I agree, he had no obligation to offer them surrender. In the case of the murdered Russians, the guy with the gun was fair game to shoot. but the guys lying down were cold blooded murder. The guy that had his hands up was unfortunate his buddy was an idiot. ideally the Russian guy shoulda killed the guy holding on to the gun strap first, but he correctly assessed the risk of being within reach of the surrendering guy if he took his aim off him. The surrendering guy did not deserve to die, but very few soldiers deserve to die in war, yet die they do.

It is possible they have that many that could still be made operational, but at a great cost and requiring facilities they no longer have. So all in all, this supposed pool can be considered practically non-existent. wrote:

By facilities do you mean a smelter, steel plant and tank factory?

"Tried to tell that to the Syrians and Israelis? They deserve a good laugh."

and the syrians stopped doing that after getting popped, so did the isrealis.

Because they realized just how dumb it was

Youre arguing with morons who believe reverse speed doesnt matter, that shooting and scooting back to cover is unecessary, and that its perfectly fine to drive tanks close to trenches and forests brimming with AT weapons unsupported.

Soledar hasnt fallen completely, there are 2 suburbs left. Lets hope seversk is cleared, and there a massive offensive on ugledar.

BTW has anyone noticed that no ukrainian smerch system has ever been destroyed?
mnztr

I think I can see what the Russians are doing with the fortification of lines. They are setting up a line of kill zones. They will bait Ukraine with assaults and pullbacks. When Ukraine storms into the gap they will slam into the line and get pummeled. What they have built is a force liquidation factory. Once Ukraine moves forward even slightly, russia can attack from the flanks and push them into the meat grinder.

They are making fortifications to free more troops.
Some areas will be much easier to defend.

And actually observing the fortification progress and tools they are using teaches a lesson, too.
Have you noticed how smooth it goes for Russkie? They are just planting tens of thousands of prefabricated anti tank obstacles.
Whole prefabricated, reinforced concrete DOTs are delivered and assembled. Whole production lines run there.
On the other hand, Ukrs defense lines in Donbas, the ones already broken, looked alike.
More harsh and robust, but still prefabricated. With steel armored doors that were obviously of factory origin & serial production.
Now, there are no more.

Go in and hunt VSU, mine the place, get out, pullback to defensive lines, and let them come to them

That's how you leave a DMZ, once they're all dead, come back in and put some bases 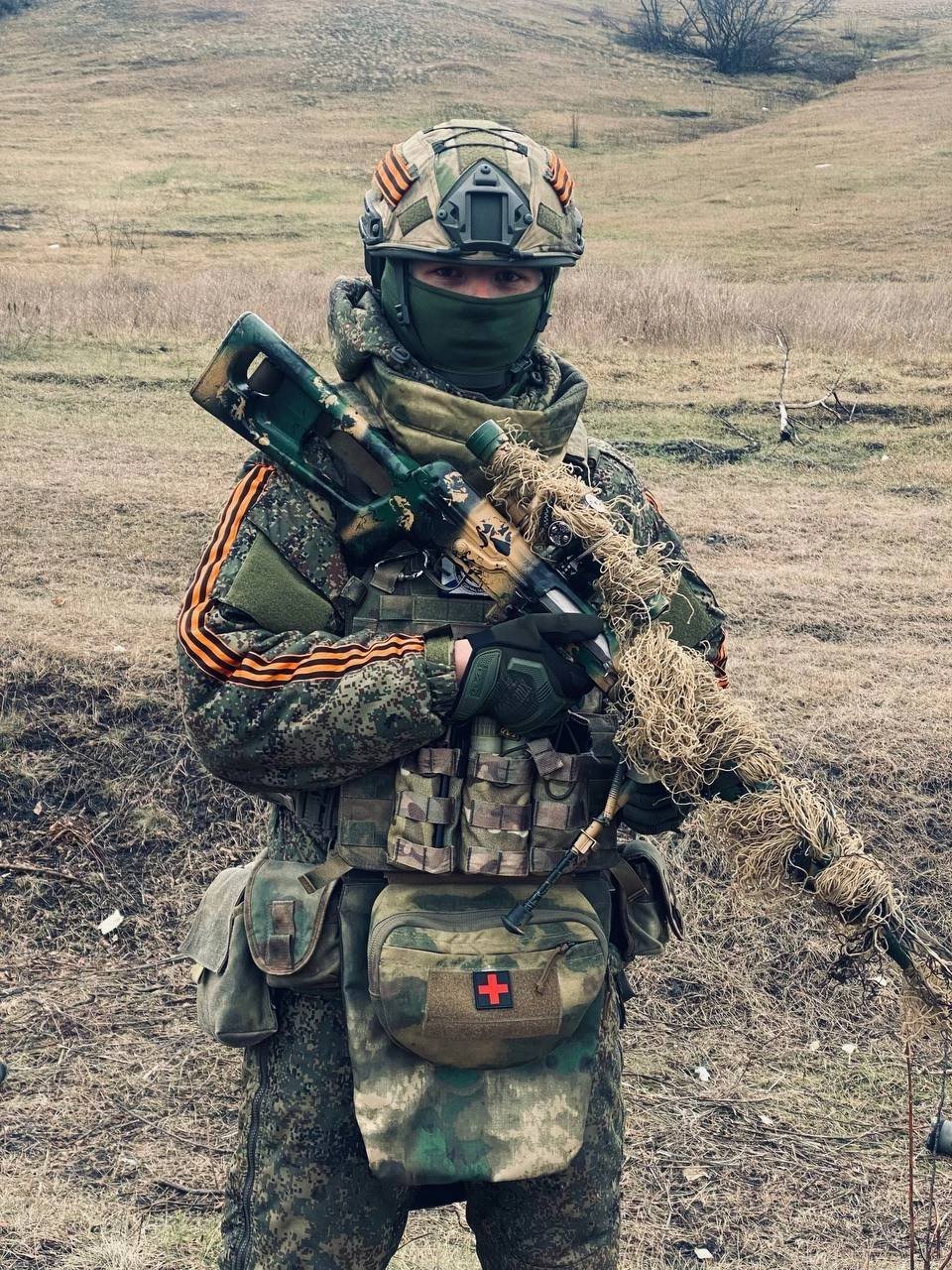 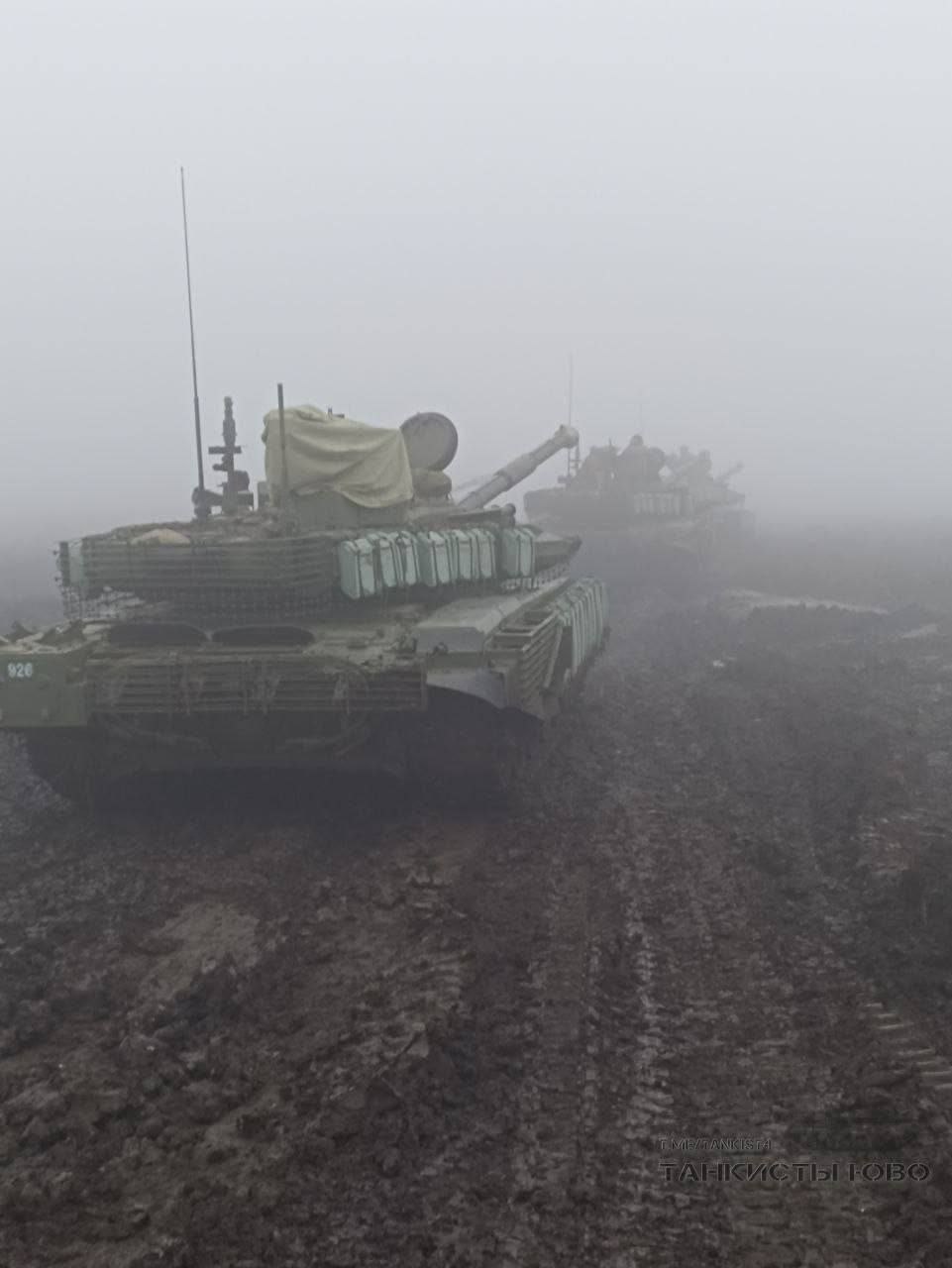 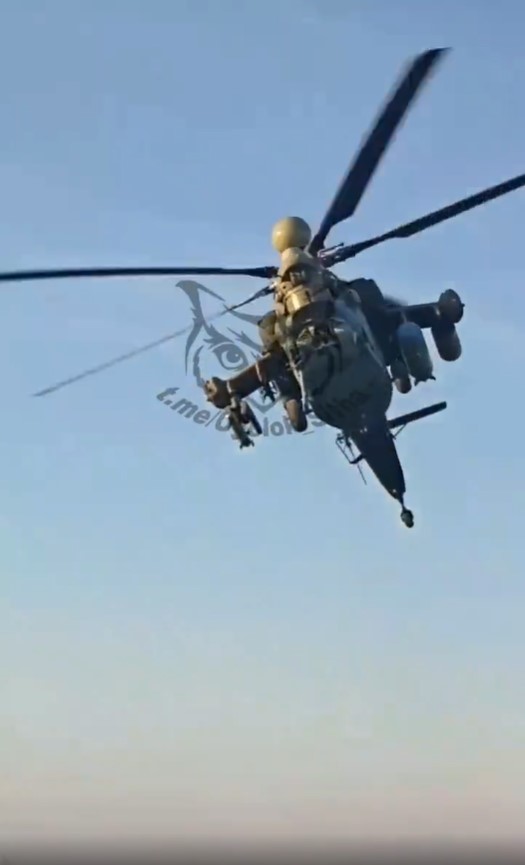 Better screenshot of the Mi-28NM with LMUR missile. 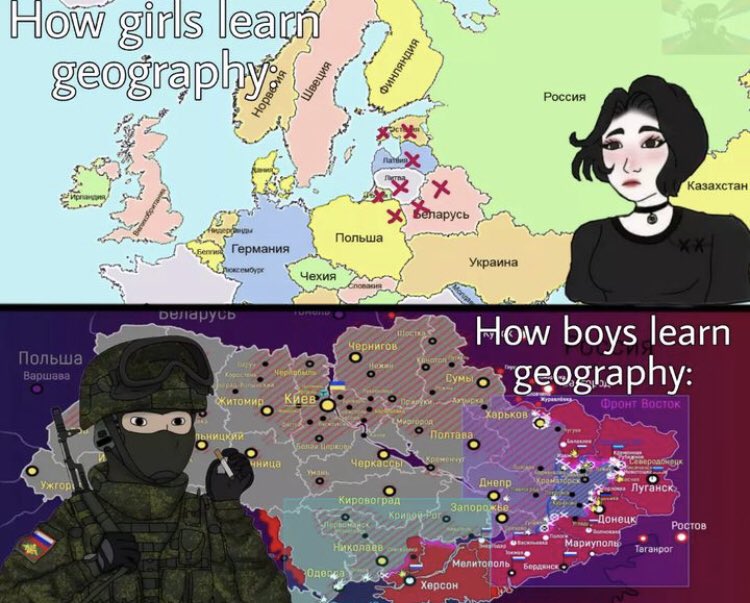 Surovikin and Gerasimov have the same military rank: General of the Army, I thought that it is equivalent to 4 stars, above that it is only a Marshal if it exists in Russia nowadays

From their shoulder badges that is incorrect. It is Marshall of the Russian Federation Gerasimov and GA Surovikin. A 5* and 4* in NATO parlance.

It seems that the main difference in West flag ranks vs Russia is no Brigadier equivalent, it is straight from Colonel to Major General 1* but 2* in the West.

Some statistics on Russian POWs - About 80% of captured Russian servicemen are volunteers (35%) or mobilized reserves (45%). Until the end of September, they were predominantly LNR and DNR, and afterwards they've been men mobilized from other Russian regions.

Nearly 70% of Russian POWs captured in Sep-Dec were taken in Kharkiv Region, especially the September "regrouping".
Of regular Russian servicemen who were captured, 80% were in wounded condition.

Do resident Russians on the forum know who this idiot is?
https://t.me/NeoficialniyBeZsonoV/21284
Sponsored content