"In the Interior Troops in full complete set of measures for the acquisition of military posts of sergeants and soldiers of military personnel undergoing army service under the contract, to the set of the Russian Federation the number of the president - 80 thousand people," - said the gold at the festive officer reception dedicated to the Day of Defender of the Fatherland.

He added that for military personnel and their families living conditions laid eight residential houses were built in 2015. At the expense of own and shared construction obtained 1.74 thousand apartments.
sepheronx

George1 wrote:So National Guard Troops will be the new form of ex Internal Troops. What will happen with the special forces of Internal Troops (MVD Spetsnaz)?

They (SN) are part of the new National Guard. The SF troops that stayed with the MVD were the OMON and SOBR units which are police units anyway.


And
The decision was made, we create a new federal executive body on the basis of Interior Ministry troops, creating the National Guard, which will deal with the fight against terrorism, organized crime, in close contact with the Ministry of Internal Affairs will continue to perform those functions which are performed by riot police units SWAT, and so on. d "-.

4. Turn on the structure of the Federal Service of the Russian Federation troops National Guard:

b) special rapid reaction units of territorial bodies of the Ministry of Internal Affairs of the Russian Federation;

c) mobile teams of special purpose of territorial bodies of the Ministry of Internal Affairs of the Russian Federation;

So the Private Security Guard division of the Police will also go to the National Guard... keeps getting bigger and bigger.

franco wrote:So the Private Security Guard division of the Police will also go to the National Guard... keeps getting bigger and bigger.

In addition to the Internal Troops, the National Guard will ostensibly include territorial SWAT and riot police, as well as federal security guard services

franco wrote:So the Private Security Guard division of the Police will also go to the National Guard... keeps getting bigger and bigger.

In addition to the Internal Troops, the National Guard will ostensibly include territorial SWAT and riot police, as well as federal security guard services

During the Communist time there were no private security and alarm companies. After the change those Security services which had been part of the MVD, continued to be run by the MVD as Private Security services known as the FGUP. The business was obviously self sufficient financially and in co-ordination with the militia or police acted as additional eyes and ears for the MVD. A lot of their work would be for Federal, Regional and local government organizations, businesses and housing.

"Now, of course, reconnaissance of the National Guard will be the subject of operative-investigative activities, because in the fight against extremism and terrorism can not be without it. This will make a full guard security service ", - he told the newspaper VIEW, former Commander of the Internal Troops, former Interior Minister Anatoly Kulikov, commenting on the presidential bill on the establishment of the National Guard.

On Wednesday, the lower house of parliament was announced a bill to create a new power structure, which is made on the eve of President Vladimir Putin. If the document will come into force in this form, it will receive all the National Guard under the functions and powers available to the Interior Ministry troops, and take your piece of important directions of activity of the police department.

"The troops will be better framework, methodology of training, discipline, weapons, polygons, equipment and everything else. Including its helicopters and airplanes "

According to the newspaper VIEW, on the establishment of a new department, reporting directly to the president, it became known yesterday, when it was published a presidential decree on the formation of the Russian Guard.

According to the decree, must be created by transforming the National Guard under the internal troops and joining them some units MIA, mainly power applications: SWAT, SWAT, rapid-reaction forces and aviation. In addition, the National Guard under the structure of units included licensing and permitting MVD system controlling arms trafficking and the activities of private security and private security.

National Guard including the will and the fight against terrorism and organized crime. One of the objectives of the reform - to increase the efficiency of command and control, but the law has a transition period - for the first time operational riot police and SWAT submission will be for the Interior Ministry, although formally they go to the Guards.

Former commander of internal troops of Russia, the former Deputy Prime Minister - Minister of the Interior, a former State Duma deputy, now head of the "Club of the Russian Federation military leaders" Anatoly Kulikov told the newspaper VIEW that difficulties can be faced at first the new guard.

The National Guard would be ~400,000 of which half would be paramilitary forces and the other half, a Security Guard Service.

“In response to legitimate demands of the law enforcement officers to lay down arms and surrender to the authorities, the gunmen opened fire from automatic weapons. The FSB and Interior Ministry special units were forced to start suppressing the thugs by force,” NAC said. A spokesman for the NAC Operational Headquarters in Dagestan told TASS earlier that the regime of a counterterrorism operation has been introduced in the village of Leninkent in a suburb of Makhachkala." 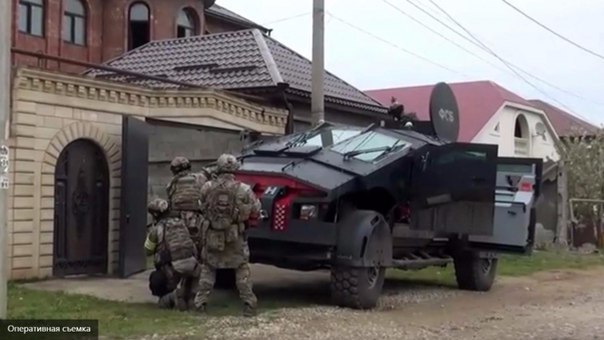 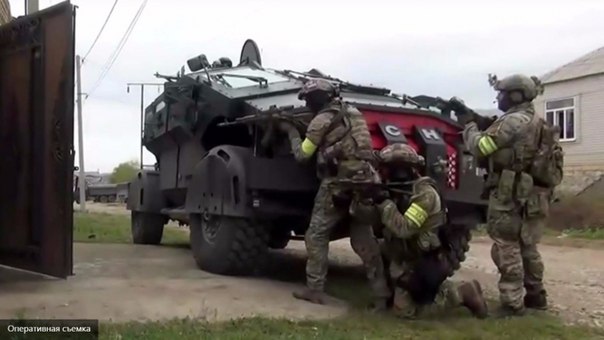 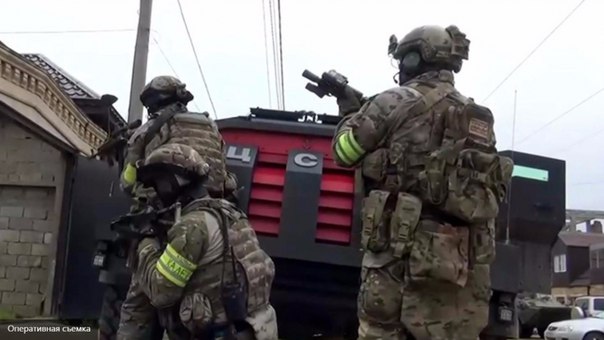 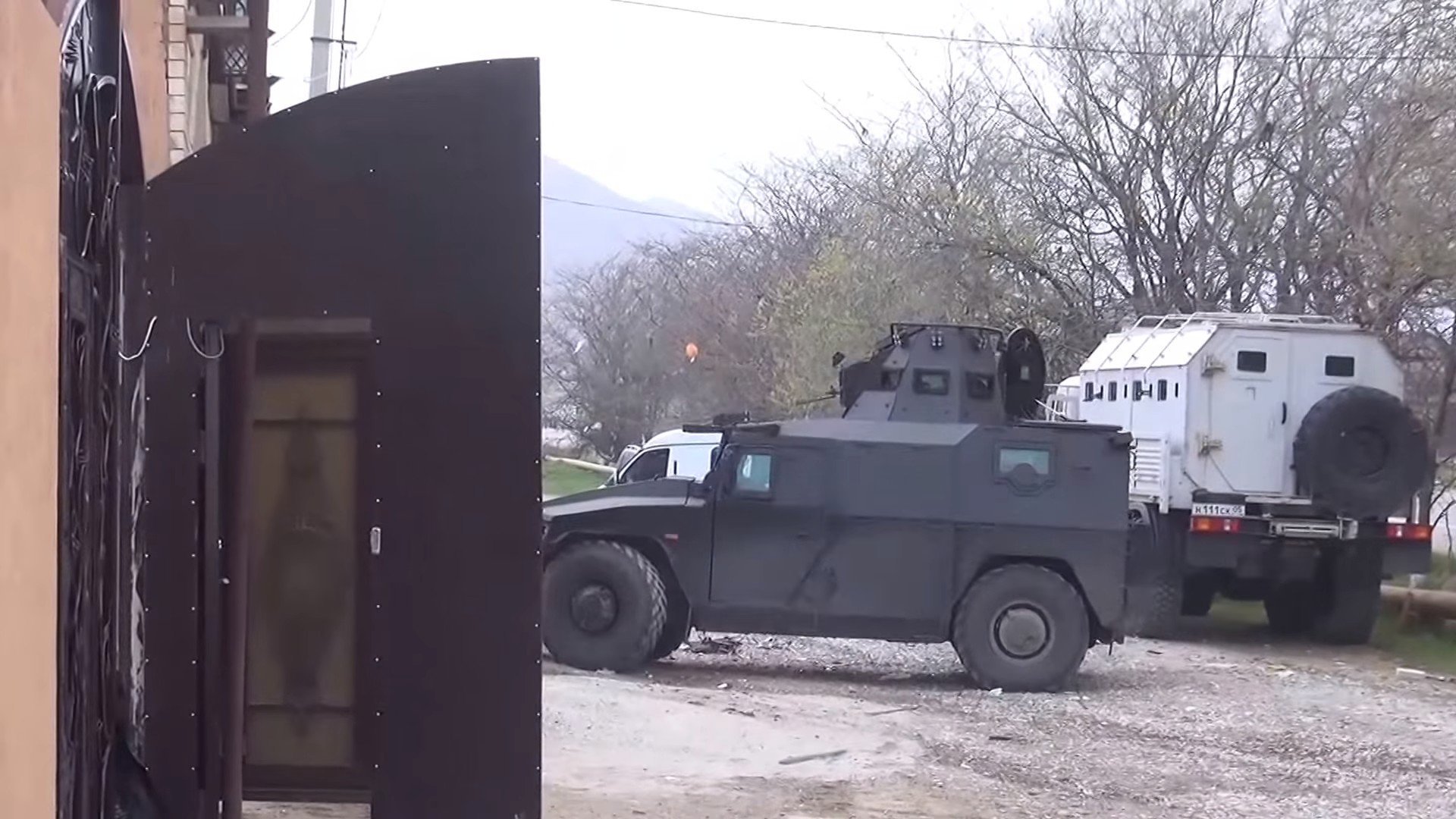 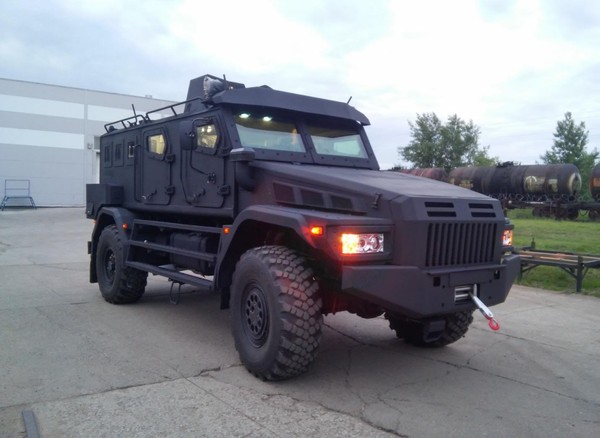 The National Guard of Russia,  also known as the «Russian Guards»,  will receive new «Patrol» armored vehicles designed by the CJSC «Asteys»  as a private venture. that reported military-informant.com.

«Patrol»  4×4 armored vehicle is made to deploy various missions, peace keeping operations and convoy escort. «Patrol»  is a Mine Resistant Ambush Protected Vehicle / MRAP which is used primarily as a mounted infantry troop carrier and ground support vehicle for dismounted troops and can be easily configured as command and control vehicle, medical evacuation platform or as a forward observation platform (FOO).

Russian  company started the production of «Patrol»  4×4 armored vehicle  in collaboration with OJSC “KAMAZ”. New armored vehicles will be produced for the  National Guard of Russia. According to the novocert.ru, 2 such vehicles were ordered and will be delivered by the end of 2016.


The vehicle interior can be fully customized to specific requirements which include jump seats, benches and individual bucket seats with safety features for personnel protection during high speed and off-road maneuvers.

More research reveals more data in regards to the new force. It has not been completely determined yet or at least announced what units will be transferred into the National Guard but here are the prospective units. The announced authorized strength in 2015 of the Ministry of Interior (MVD) was 835,825 service personnel. The Migration Service (FMS) with ~18,000 service personnel and the Drug Enforcement Service (FSKN) with ~31,200 are being incorporated into the MVD to create a force of ~885,000 service people. Here are some units being mentioned as potential National Guard;

Overview
A division similar to this would effectively divide the MVD in two almost equal forces of a National Police with ~442,000 personnel and a National Guard with ~443,000 personnel.
George1

The 20th at Saratov was called "Vega", but is apparently no more and is replaced by the 35th "Rus" stationed in Simferopol, Crimea.

The unit assigned to the ODON is called the 604th Center and is made up of what was originally two SN units, the 1st and the 8th. It's the national reaction force.

There is also a unit at Stavropol called the 30th Special Regiment "Svyatogor" for which I have not yet identified it's exact role.
George1

I made an article on them. Please digest and give feedback:
Russia’s “National Guard” – The Russian Guard
KiloGolf

sepheronx wrote:I made an article on them.  Please digest and give feedback:
Russia’s “National Guard” – The Russian Guard

Make one for Ukraine's Na(z)tional Guard

If they were worth reporting and if they were something good, then maybe (but they are not Russian so...), but since they are an evil entity, no.
KiloGolf

sepheronx wrote:If they were worth reporting and if they were something good, then maybe (but they are not Russian so...), but since they are an evil entity, no.

I know. Still it'd be good to see what they got as opposing force.
Ukr NG is purely a regime-protection organization established post-Maidan and carry out the first dirty jobs.
sepheronx

The same guys who made people disappear or thrown out windows. This national guard is here to prevent the Maiden movement (foreign entity) from taking control of its country and turning it into Ukraine now.

sepheronx wrote:If they were worth reporting and if they were something good, then maybe (but they are not Russian so...), but since they are an evil entity, no.

I know. Still it'd be good to see what they got as opposing force.
Ukr NG is purely a regime-protection organization established post-Maidan and carry out the first dirty jobs.

Officially they have 52,000 troops divided into 5 regional commands. How many units are actually under government control is another topic?
Sponsored content