Special armored vehicle "Gorets-3958" on the KAMAZ-43501 (4x4) chassis of the Ural District of the National Guard troops in the area of the operational-strategic exercise "Zaslon-2021". 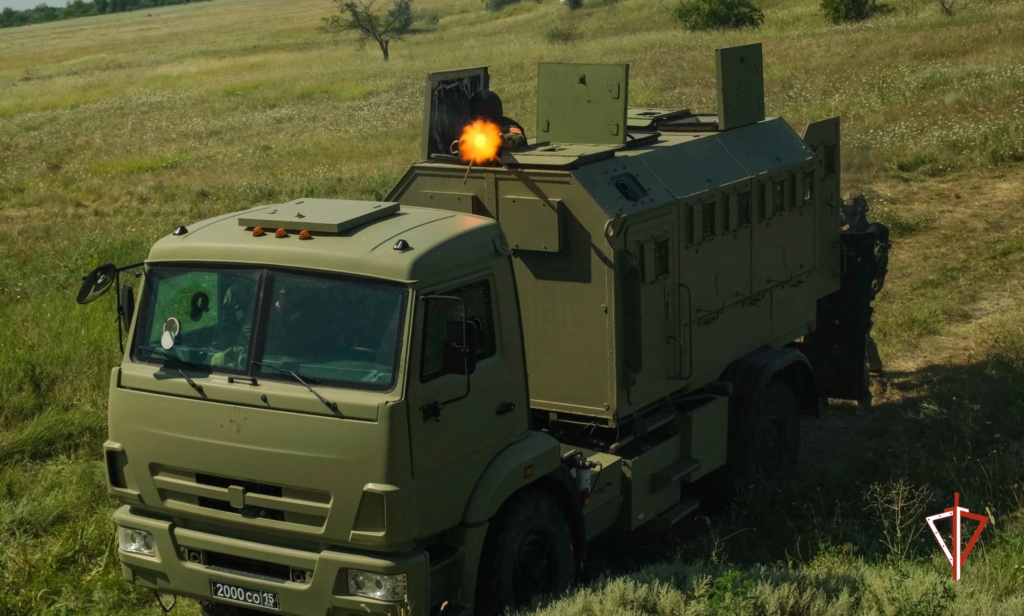 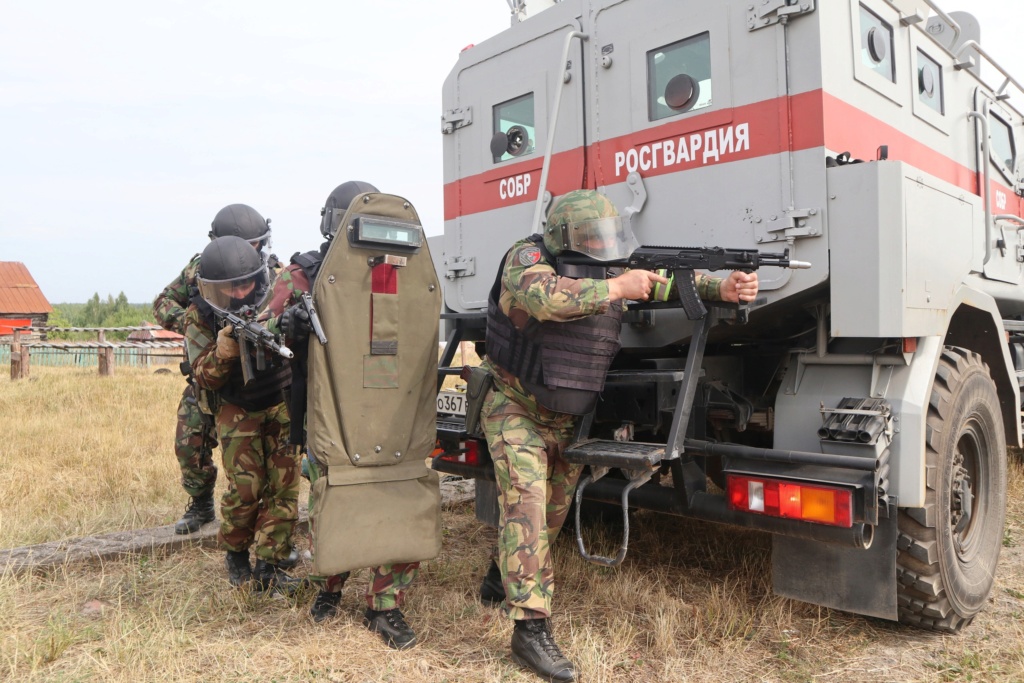 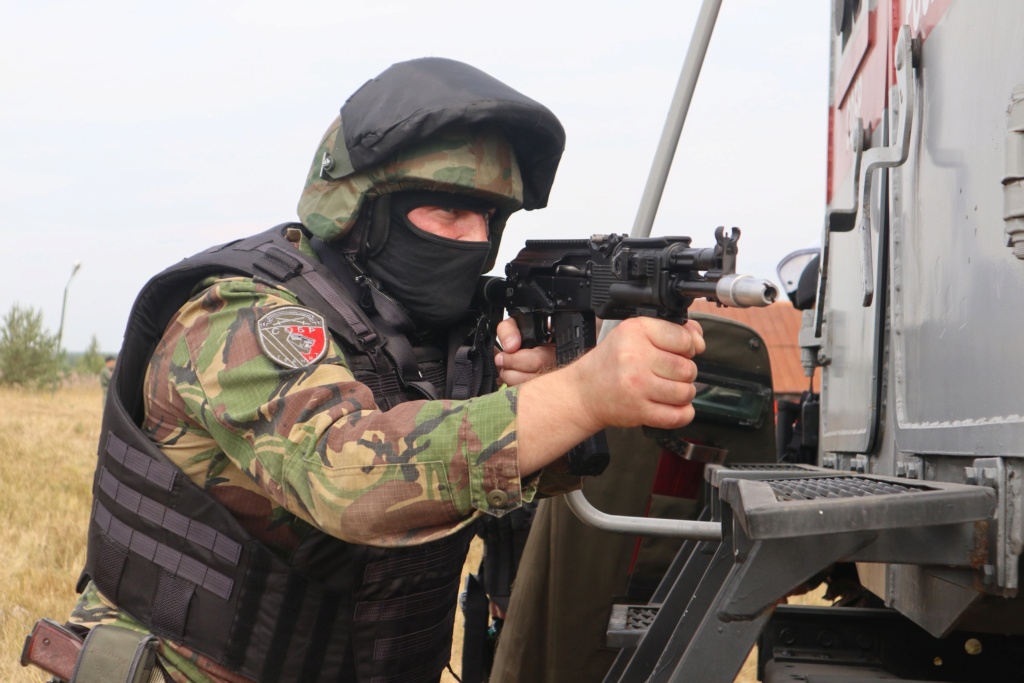 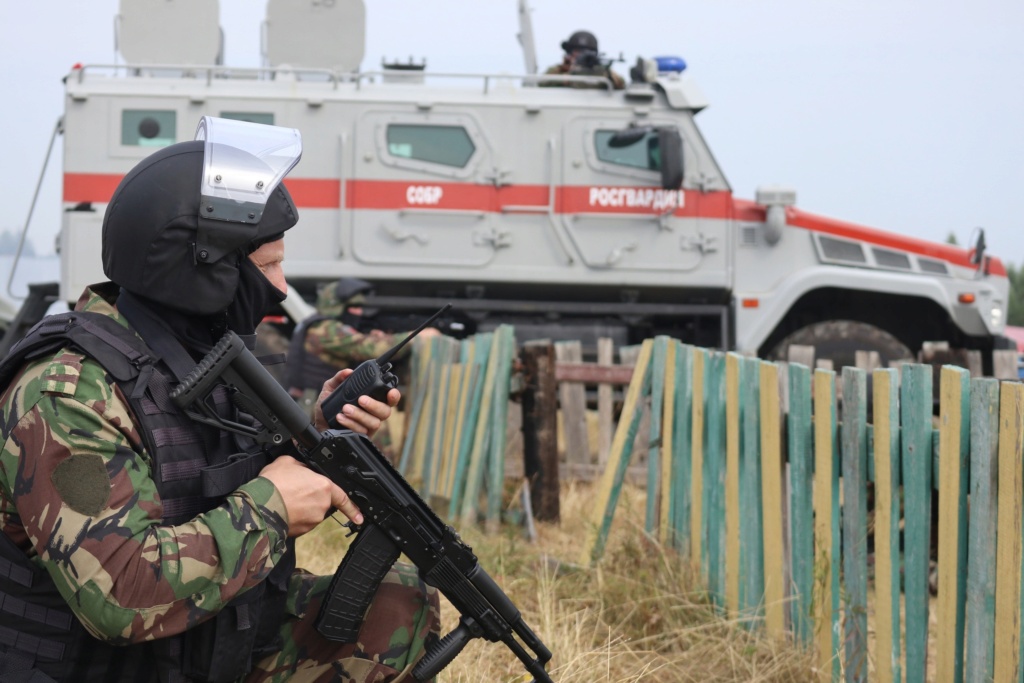 Russian_Patriot_ wrote:AK-200 and AK-205 submachine guns are in service with the soldiers of the Rosgvardiya

I just noticed, but they use AK-12 magazines

In the Ivanovo region, special units of the Rosgvardiya took part in a counter-terrorism exercise.

In Kineshma, Rosgvardiya soldiers, employees of the Federal Penitentiary Service, together with the transport police and traffic police conducted counter-terrorism exercises at a water transport facility.

According to legend, the terrorists seized a river pleasure boat and held hostages from among the passengers and crew members on board.

During the negotiation process, the conditional criminals did not give up their intentions, so in order to neutralize them and release the crew and passengers on the ship, a set of measures was carried out with the strong support of the SOBR officers of the Rosgvardiya Department for the Ivanovo region, as a result of which the conditional terrorists were neutralized and the hostages were released.

Such joint exercises are held regularly at transport facilities. Earlier, rosgvardeytsy, together with the police, had already worked out the tactics of freeing hostages on trains and by plane.

According to the results of the event, a high assessment was given to interdepartmental interaction, professional training, as well as the ability to perform service and combat tasks in any situation. 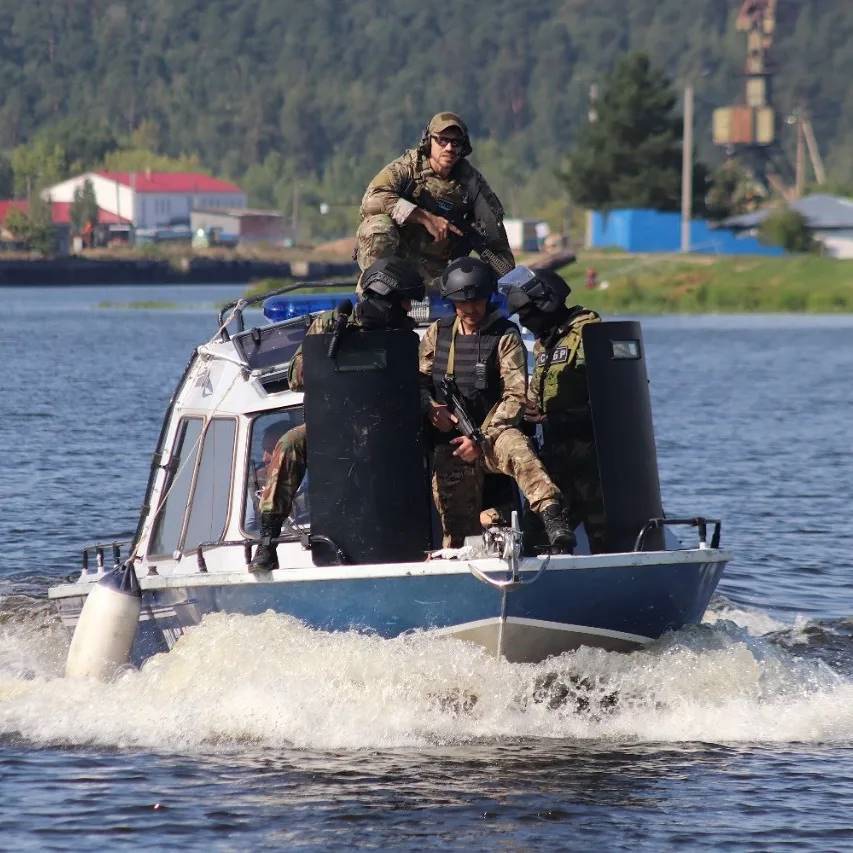 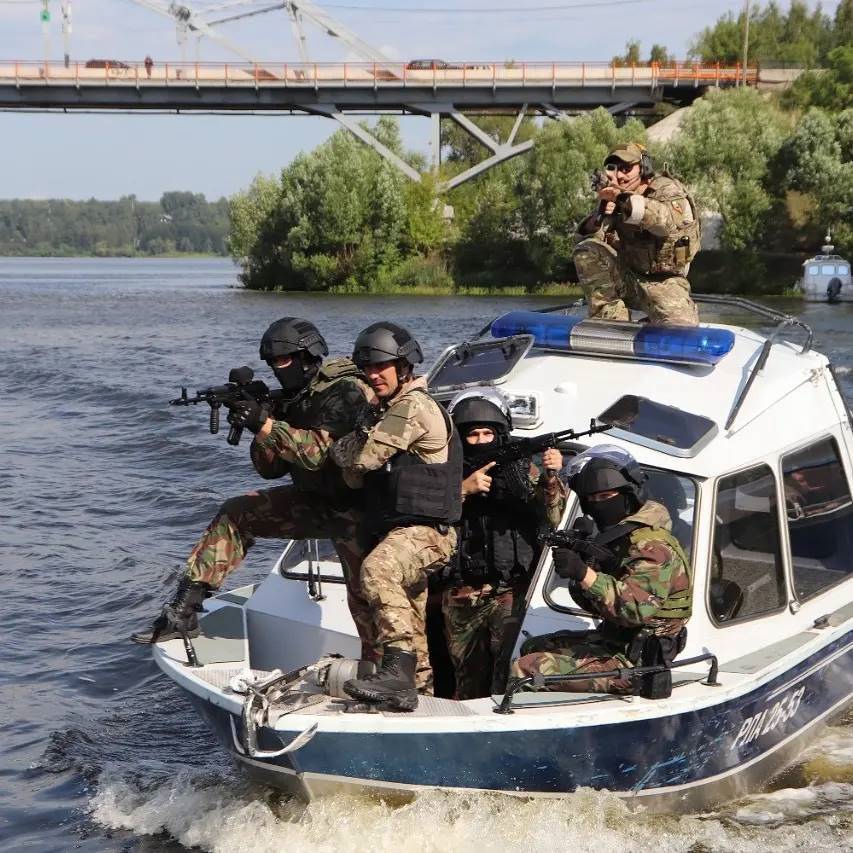 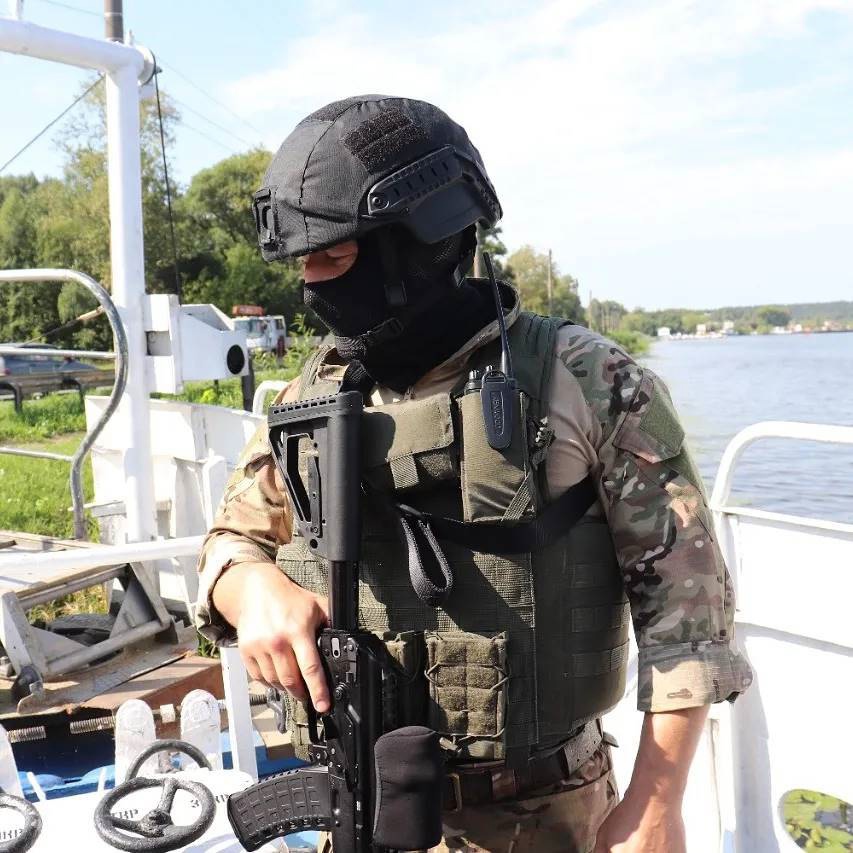 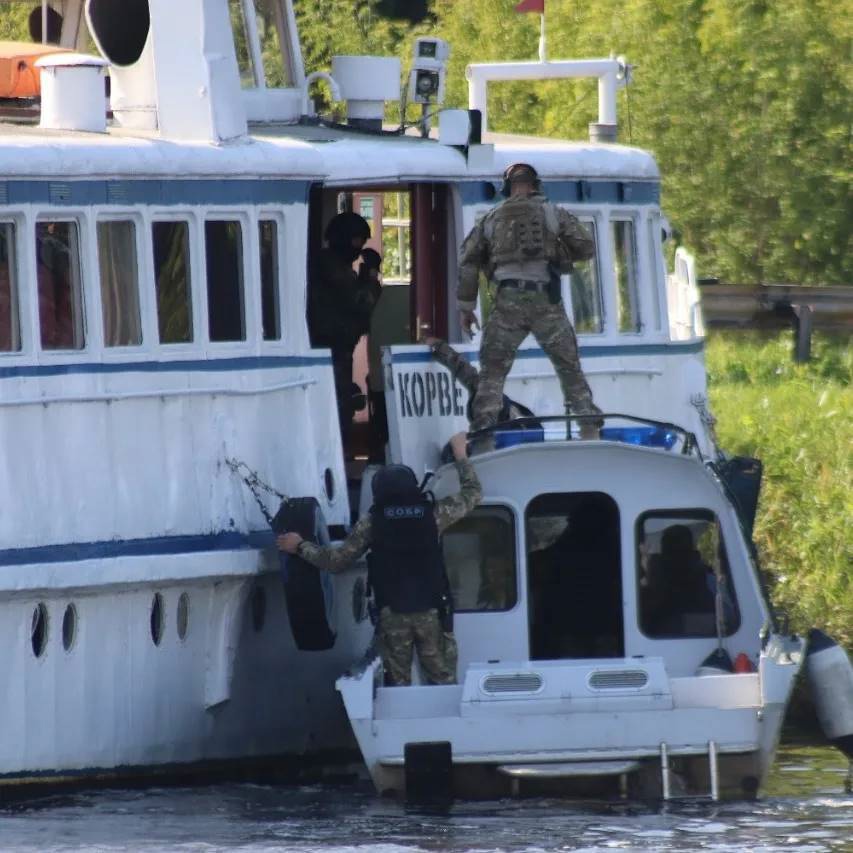 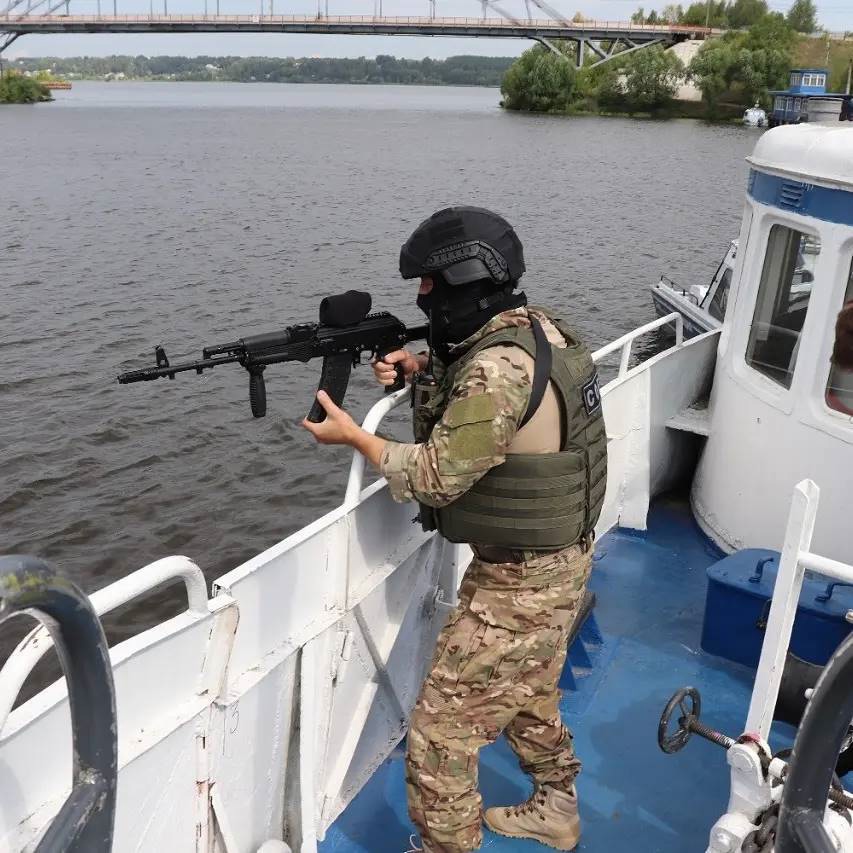 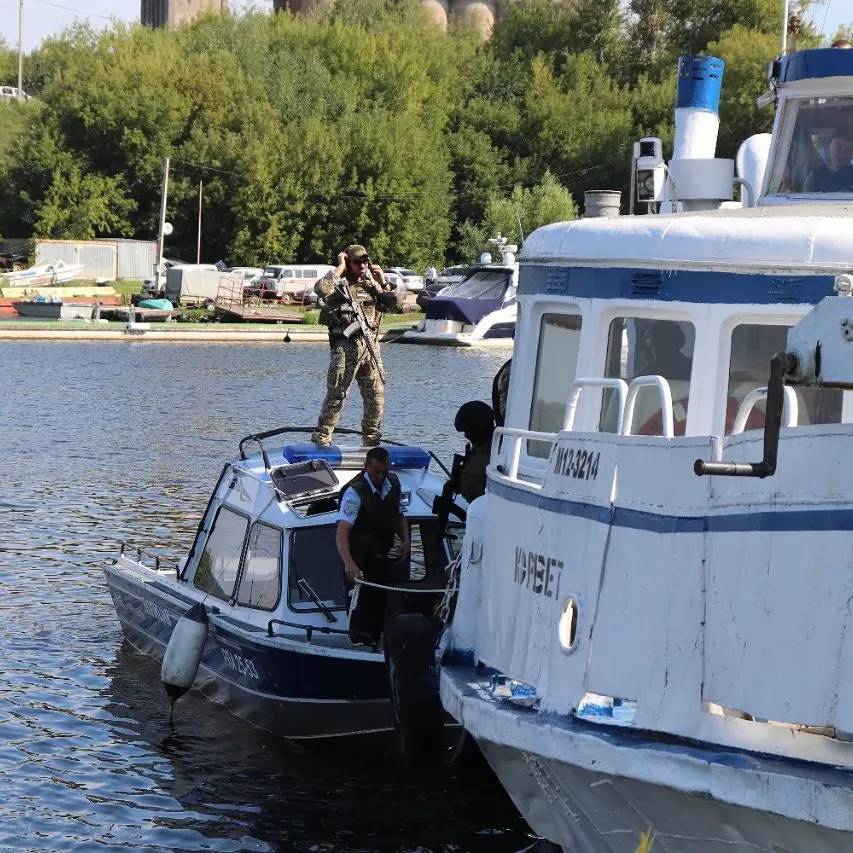 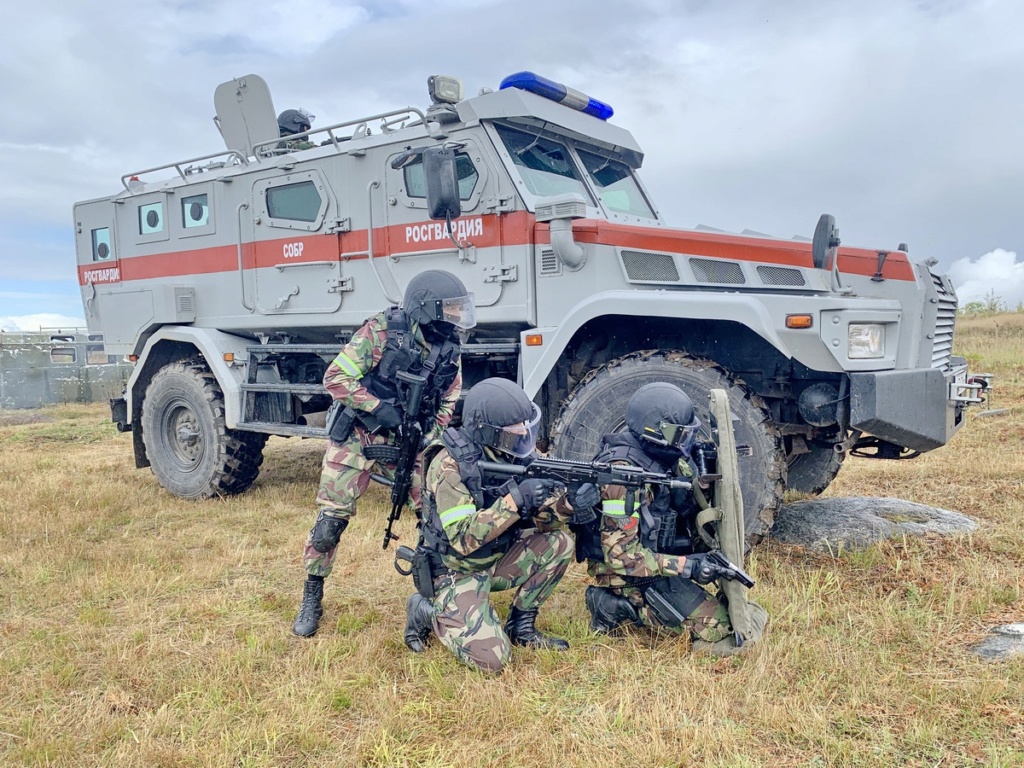 Rosgvardiya exercises in the Black Sea 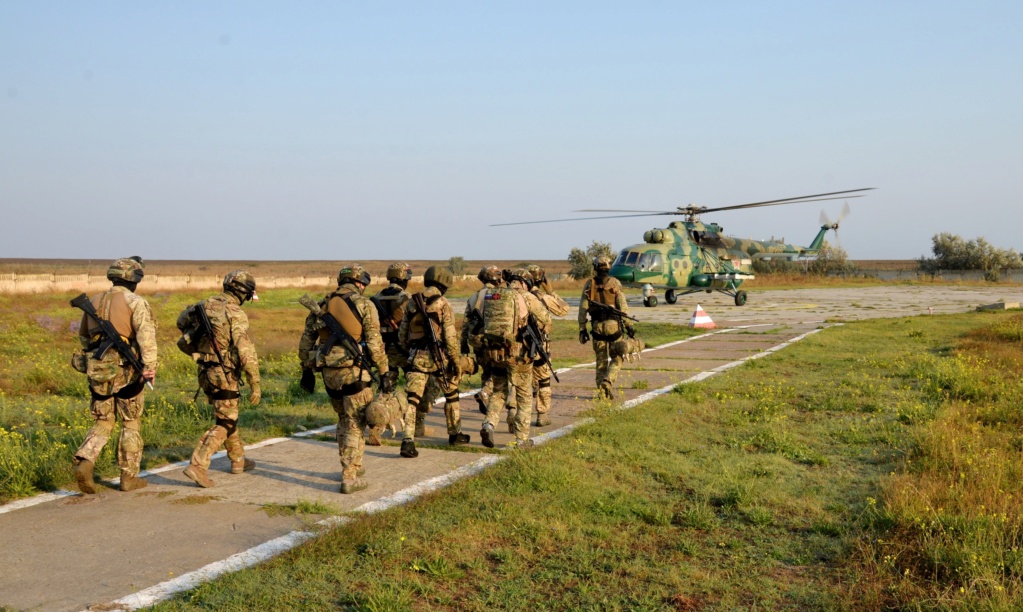 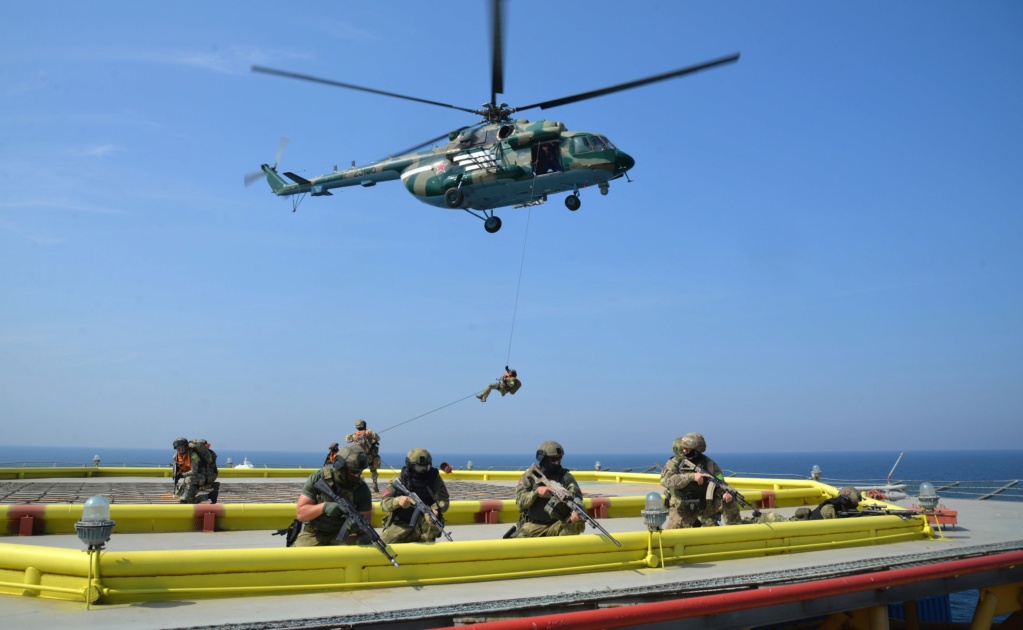 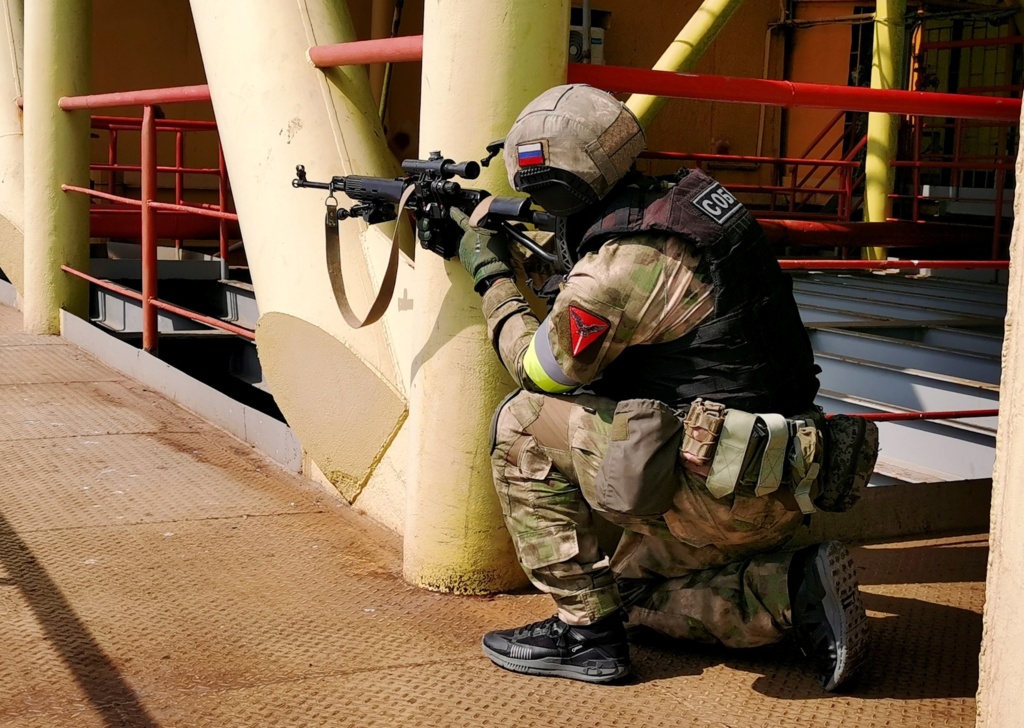 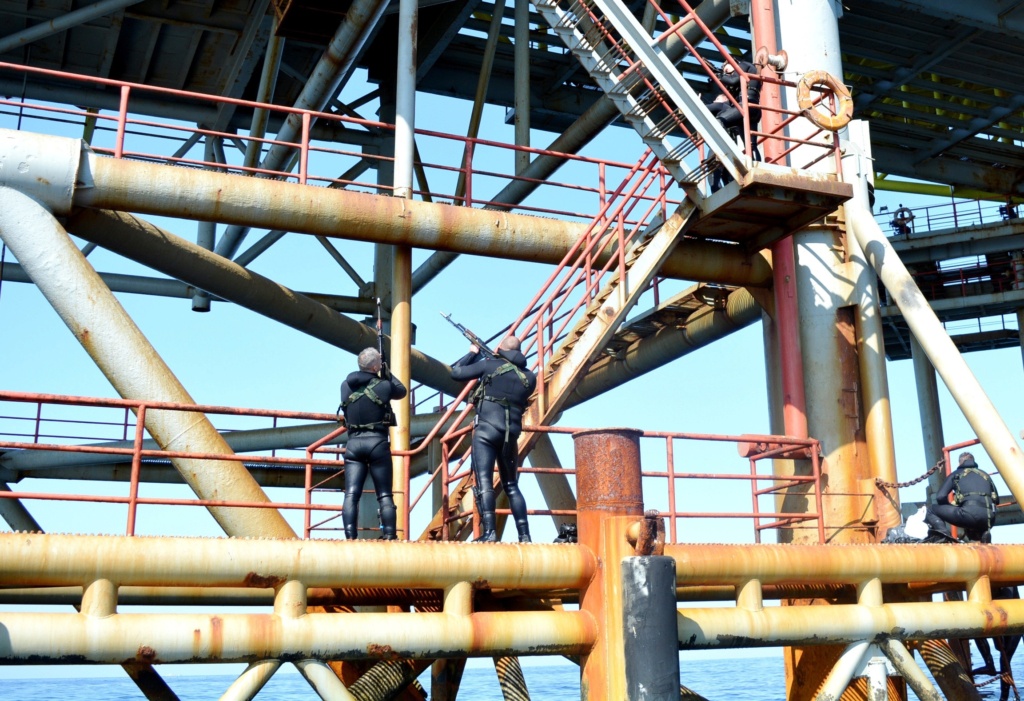 A lot of training focus lately on oil rigs, ships and harbours. Wonder if there is some threat assessment ongoing?
Russian_Patriot_

Anti-terrorist exercises of the Rosgvardiya in the North Caucasus region. 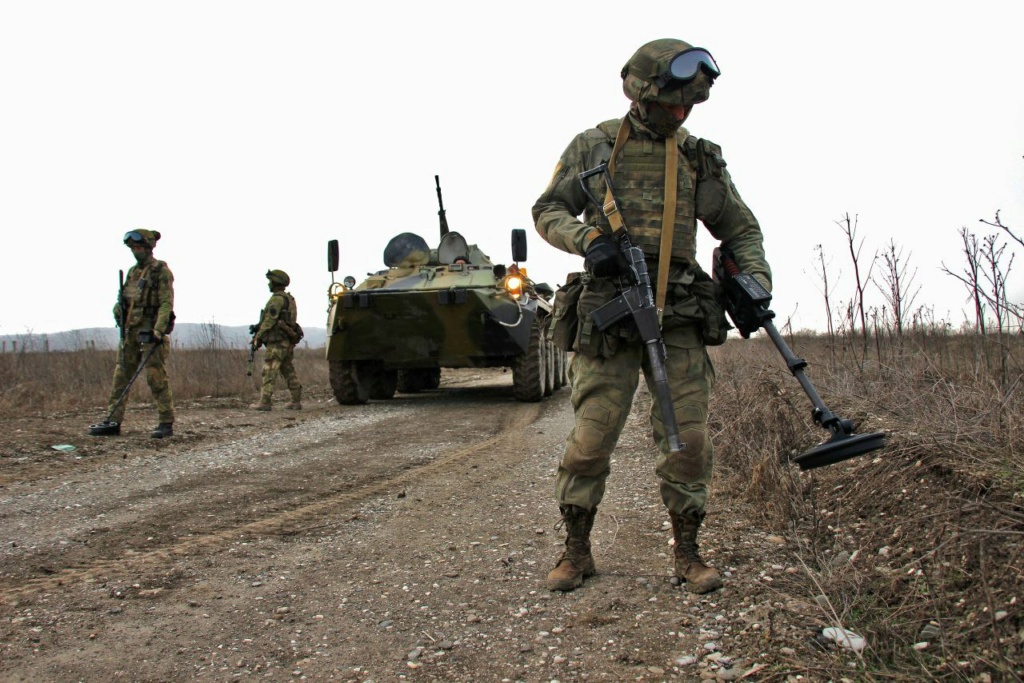 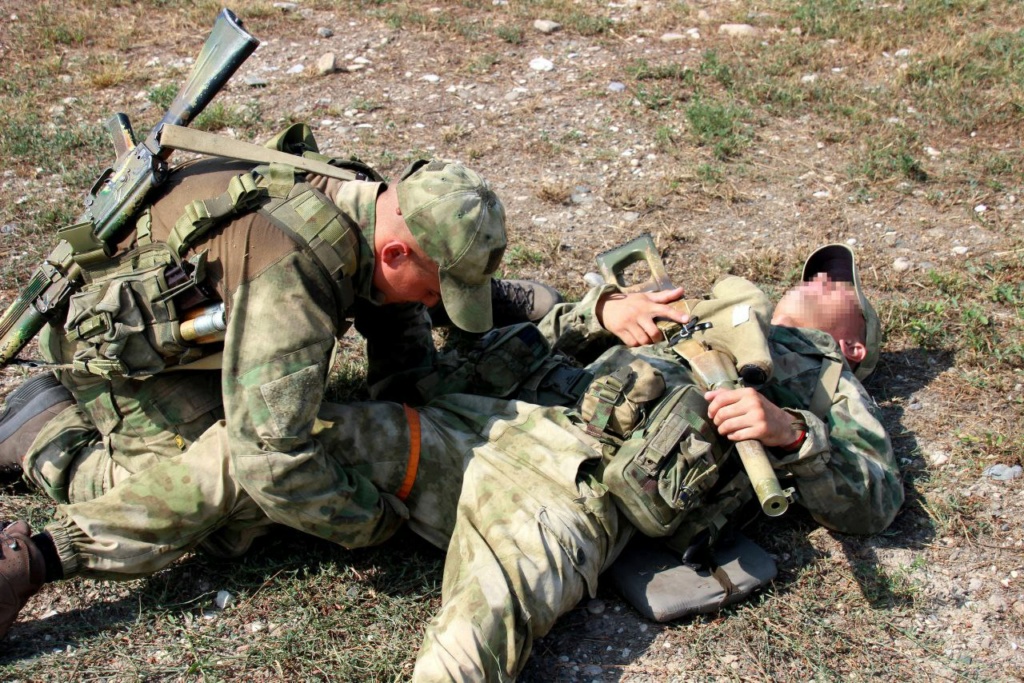 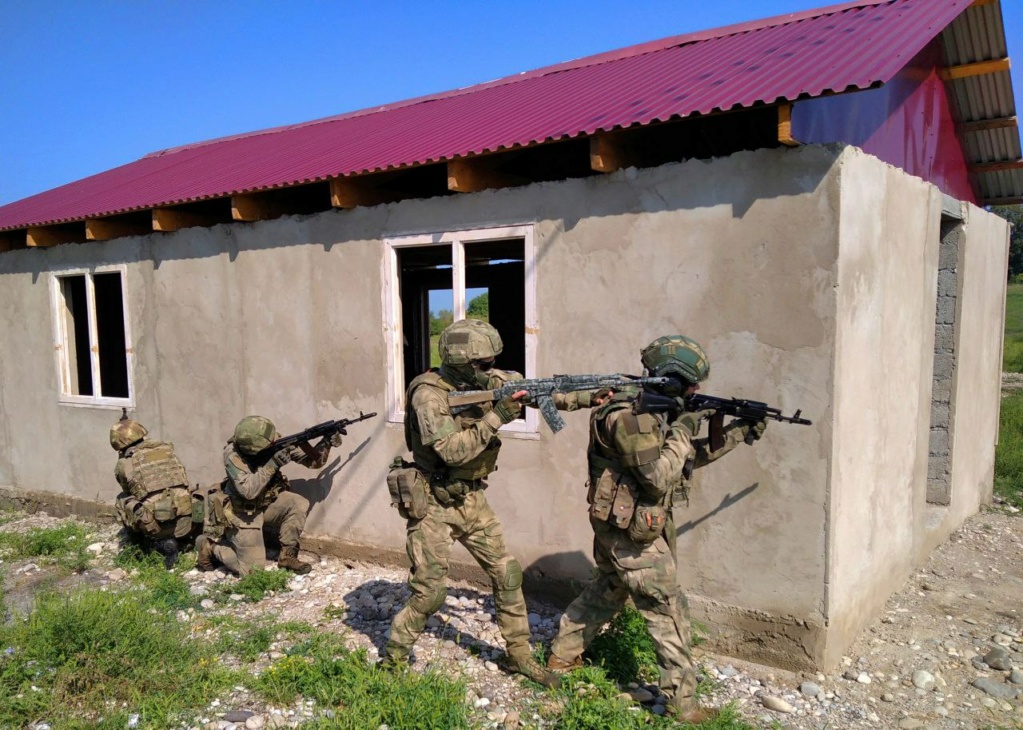 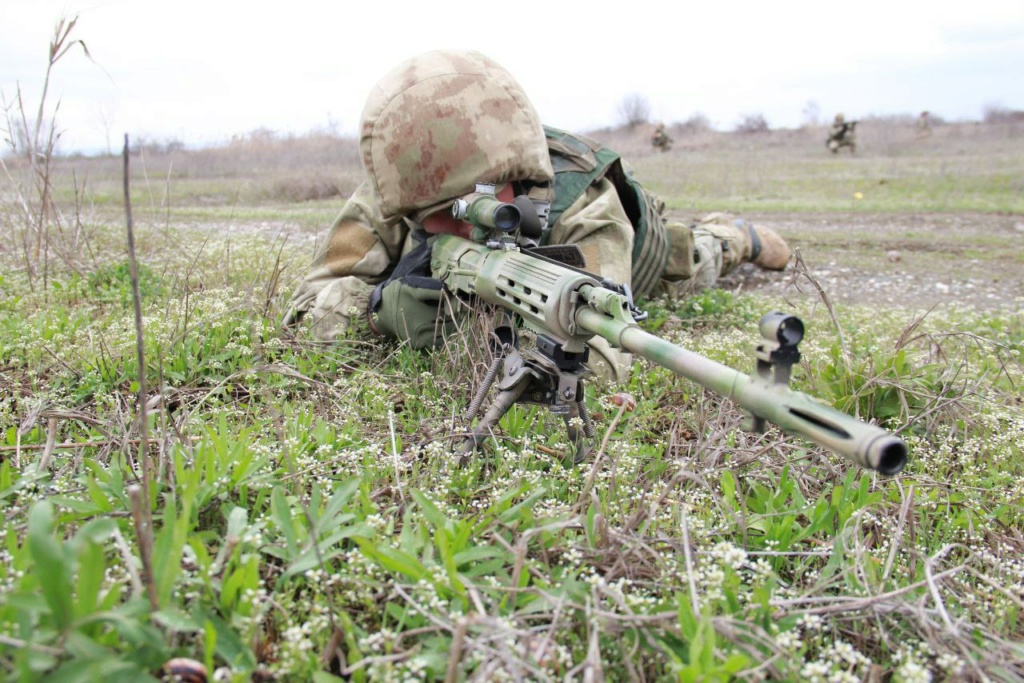 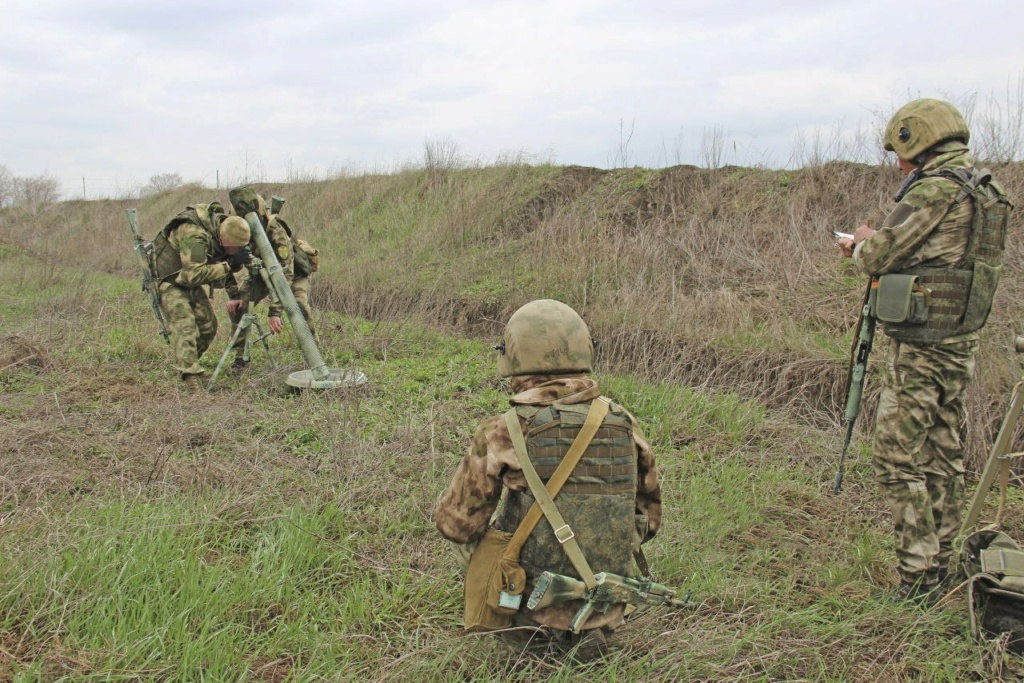 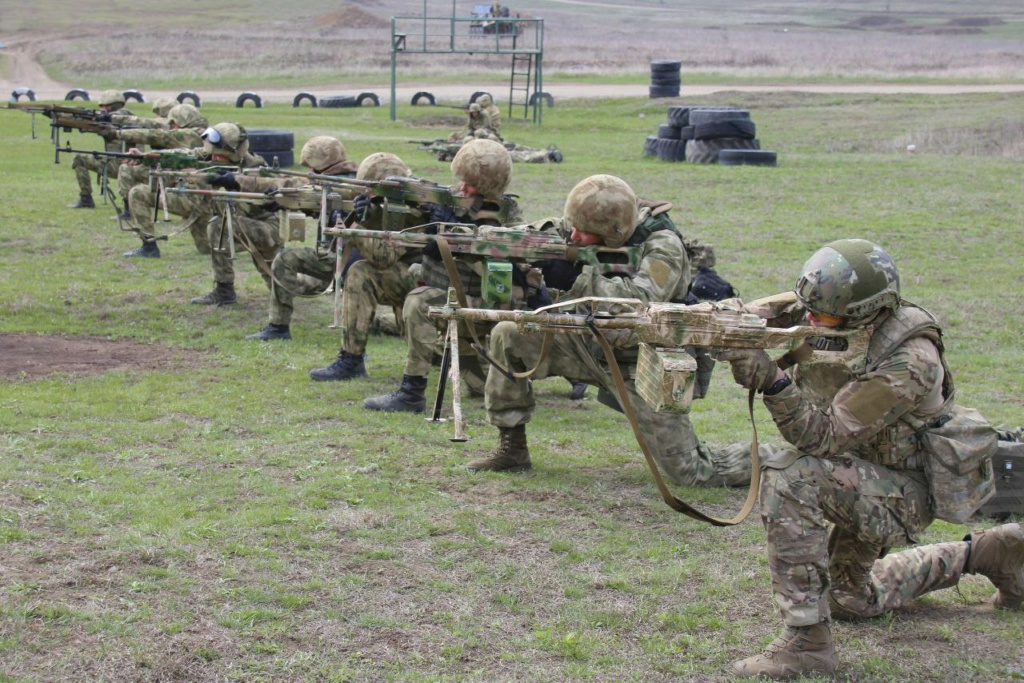 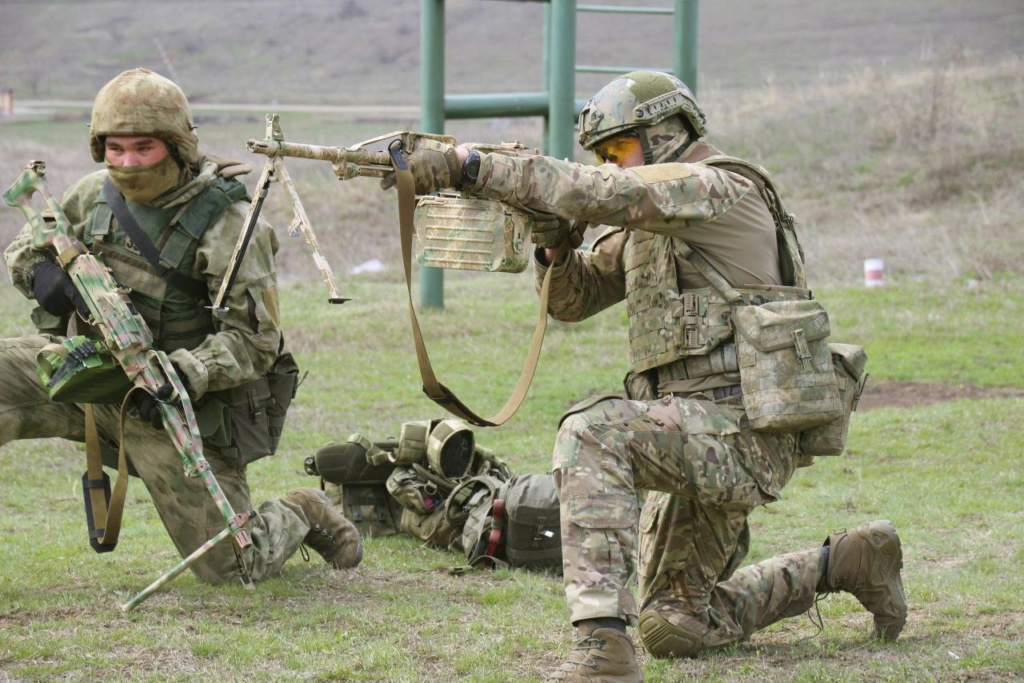 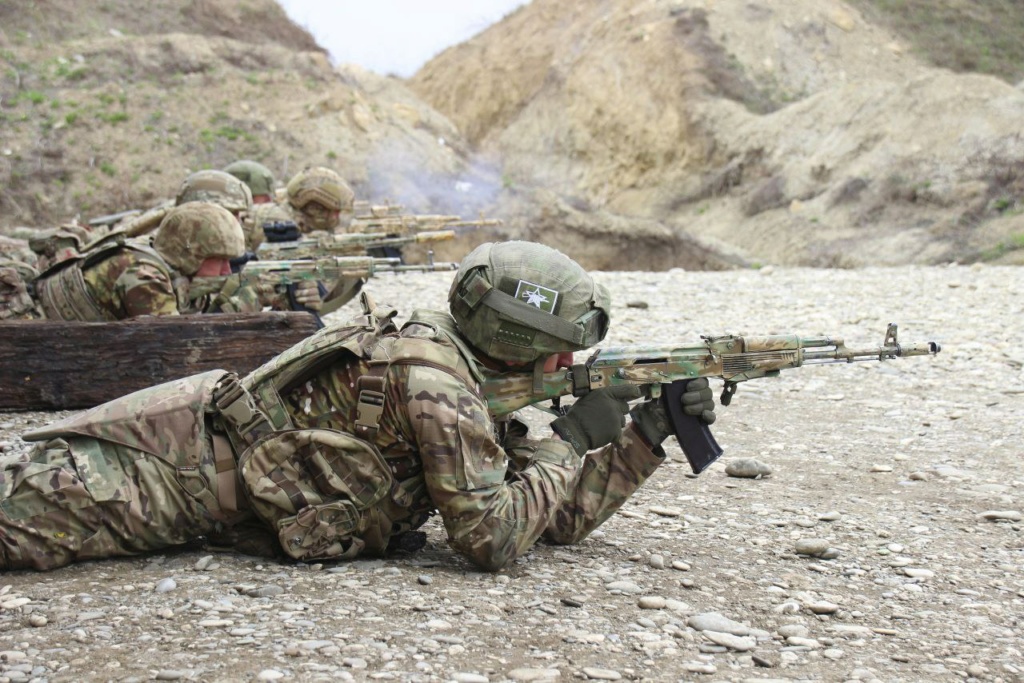 The Commander-in-Chief noted that for almost seven decades, non-departmental security officers have been providing reliable protection of the property of citizens and organizations, taking part in the implementation of measures to ensure anti-terrorist protection of various categories of objects, and also making a significant contribution to ensuring law and order on the streets and in public places.

Army General Viktor Zolotov stressed that thanks to the technological, scientific and personnel potential accumulated over the past years, the service steadily maintains a leading position in solving the tasks of ensuring the security of particularly important and sensitive facilities, strategic enterprises and large infrastructure projects that are key to the successful functioning of our country.

The Director of Rosgvardiya expressed confidence that the planned set of measures for the further development of the service, including the ongoing work on the introduction of modern digital technologies, will provide a qualitative foundation for its progressive improvement and increase the efficiency of activities in the security sector.

The Commander-in-Chief thanked all the personnel of the non-departmental security units of the Rosgvardiya for their courage and professionalism, which have become the hallmark of the service.

The beginning of the service was laid by the resolution of the Central Committee of the CPSU and the Council of Ministers of the USSR issued on October 29, 1952 "On the use in industry, construction and other sectors of the national economy of workers released from protection, and measures to improve the organization of the protection of economic objects of ministries and departments." This document not only formed a new division in the internal affairs bodies, but also defined in general terms the structure of its apparatus at various levels.

Today, non-departmental security units carry out their activities in the form of federal state state institutions, which allows them to conclude contracts for the protection of objects and apartments of citizens and fully participate in civil relations with the owners of protected property. Such institutions have been established in each region of the Russian Federation, which, in turn, have an extensive network of branches.

Currently, more than 877 thousand places of residence and storage of citizens' property and about 390 thousand objects of various categories and forms of ownership are under the reliable protection of private security units.

The official activity of the non-departmental security units is not limited only to responding to "alarm" signals coming from protected objects and apartments of citizens - mobile detachments of the detention groups of the service's combatant units, while on patrol routes, make a significant contribution to maintaining public order in the territories served, including actively suppressing crimes and administrative offenses committed on streets, squares, squares and other places of mass stay of citizens.

In addition, the troops of the National Guard of the Russian Federation have completed activities related to the retirement of military personnel who have served the established terms of military service on conscription. More than 7.5 thousand dismissed servicemen were given recommendations for admission to the preparatory departments of state universities at the expense of the federal budget.

Rosgvardiya notes that during the autumn conscription, the number of young men who want to perform their military duty in the ranks of the National Guard of the Russian Federation has significantly increased.

For the reception and training of young recruits, more than 50 training camps were deployed in the troops, which made it possible to carefully study the individual characteristics of each recruit, additionally conduct their medical examination and psychological testing, professionally orient them on specific types of service and combat activities.

During the training camps, meetings of new enlisted servicemen with veterans of the Great Patriotic War and law enforcement forces, conversations with senior conscripts, as well as communication with relatives and friends are organized, which greatly helps to adapt to the conditions of military service faster.