Zoltan Dani's crew claim they could detect the B-2 with their modified P-18 radar. In the book about the war he says it left a similar signal on the radar screen as the F-117 (very faint and different from regular aircraft) but it was clear that it was a much larger aircraft.

But i was more keen to see how the radars like EW radars , OTH radars and VHF radars are effective against B-2 type target , B-2 is the golden bird in Stealth so far there is nothing in US inventory that we know off including F-22/JSF that can beat a B-2 in stealth.

I am sure the Russians are not dumb and they must be worked out or atleast tried to work out tactics to detect a B-2 as they represent a real threat to them.
Austin

GarryB wrote:Do you think the US would fly their B-2s close to Russia to let them test their radar equipment against them?

Let put the question this way , Do you think the Russians have any thing in their inventory that can detect a B-2 even if it flew close to Russia ?

Is there any statement from official that have hinted at it ?

So its a moot point , what if they flew and Russia was clueless ?


Would the Russians reveal that they could detect a B-2 if they did?


A British team detected a B-2 at the Farnborough Airshow with EO/Thermal equipment for the Rapier 2000 system, and the Aussies claim to have detected a B-2 with their OTH-B radar at Jindalee.

The Rapier system EO detecting a B-2 is no big deal becuase it over flew it in the airshow , it knew where and what to look at and they pointed the EO towards it.

The Jindalee claim is interesting but there is not much information on that.

I would say B-2 strategic bombers represent a far bigger challenge to RVSN or Strategic Forces then any Minuteman or Ohio does when it comes to first strike.

What chance have the Russians of tracking B-2s when American marketing and propaganda are so strong?

I am sure the Russians are not dumb and they must be worked out or atleast tried to work out tactics to detect a B-2 as they represent a real threat to them.

Only as a first strike weapon are they a threat.

And in a first strike you can't send up air support as that would give away the surprise.

There are not that many tennis balls or insects for that matter that fly at 12,000m at 700km/h.

OTH radars actually have several advantages in finding stealth aircraft... their low frequency plus the fact that they bounce off the atmosphere around the curvature of the earth means they likely wont hit the stealth aircraft front on, but from the top or bottom... angles from which they are not so stealthy.


Let put the question this way , Do you think the Russians have any thing in their inventory that can detect a B-2 even if it flew close to Russia ?

Their BMEW radars would detect them for the same reason the Aussie OTH-B radars detected them. All Russian fighters have IRSTs and IR guided missiles and cannon.


The Rapier system EO detecting a B-2 is no big deal becuase it over flew it in the airshow , it knew where and what to look at and they pointed the EO towards it.

The B-2 stood out clear as day in the IR system, the Russians have optical tracking systems in addition to radar systems too you know.


I would say B-2 strategic bombers represent a far bigger challenge to RVSN or Strategic Forces then any Minuteman or Ohio does when it comes to first strike.

I disagree. With Humint resources within NATO and the US as I said a B-2 would be incredibly vulnerable to even an old fighter like a Mig-21 let along a more modern one like a Mig-29 or Su-27 or Mig-31.

An SS-18 is less interceptable than a B-2... there is no chance that a B-2 strike could wipe out Russians entire nuclear forces or even weaken it to the point that a retaliation could be survivable.

It would just be one way to start the end of the world... despite their price they offer no silver bullet that the US can use to make demands or hold over the Russians.

The Mathematics of stealth were created by a Russian and while the processing power of computers has increased enormously the maths hasn't changed much at all.

The difference between the F-117 and the B-2 is that the B-2 has curves thanks to super computers processing power and manufacturing methods that can produce products to the level of accuracy required.

If there were 100 B-2s then they might make a difference but there being only 20, and their locations being pretty much known and monitored they are not the threat in real terms you seem to think they are.
medo

Can we have a list of Russian air-force radars in use?
SOC

These are what I've found in imagery, which in no way implies that these are the only systems deployed:

Those are only the radars that I've conclusively ID'ed at dedicated EW/GCI sites. SAM-related radars like the 64N6 aren't included.
SOC

I've recently located 59N6 radars, you can add those to the list. I'm also rechecking placemarks to ID individual radars. The numbers are going into a spreadsheet, I'll post the final totals of each radar when I get through everything.
SOC

Here are the numbers I've come up with for deployed radars.

It's interesting that there are a lot of older systems still around, but they're mostly used by airfields for GCI or traffic control. Obviously you can't tell if they've been upgraded simply by looking at satellite overheads. Likewise, there are a lot of EW sites using protective domes for the radars, can't tell what's inside those. Many of the newer radars exhibited or offered by Rosoboronexport/Rusarm simply don't seem to be found in service anywhere apart from the 59N6 and 55Zh6.

I remember reading somewhere that the VKO or new Aerospace defence forces were standardising on two main mobile radar systems. I would expect because they were only created in December last year that they might take a short period to get their act together and start replacing the mobile radar network they control.
ahmedfire 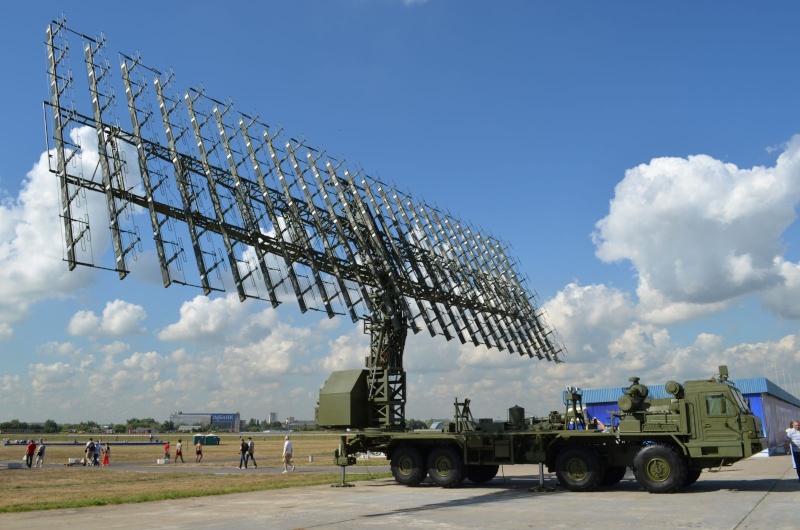 At the Aero-India 2013 Russian company NNIIRT has introduced an export version of its 1L121-E mobile 3-D air-defence radar.

Nice article about the radar.

Here it is on MT-LB 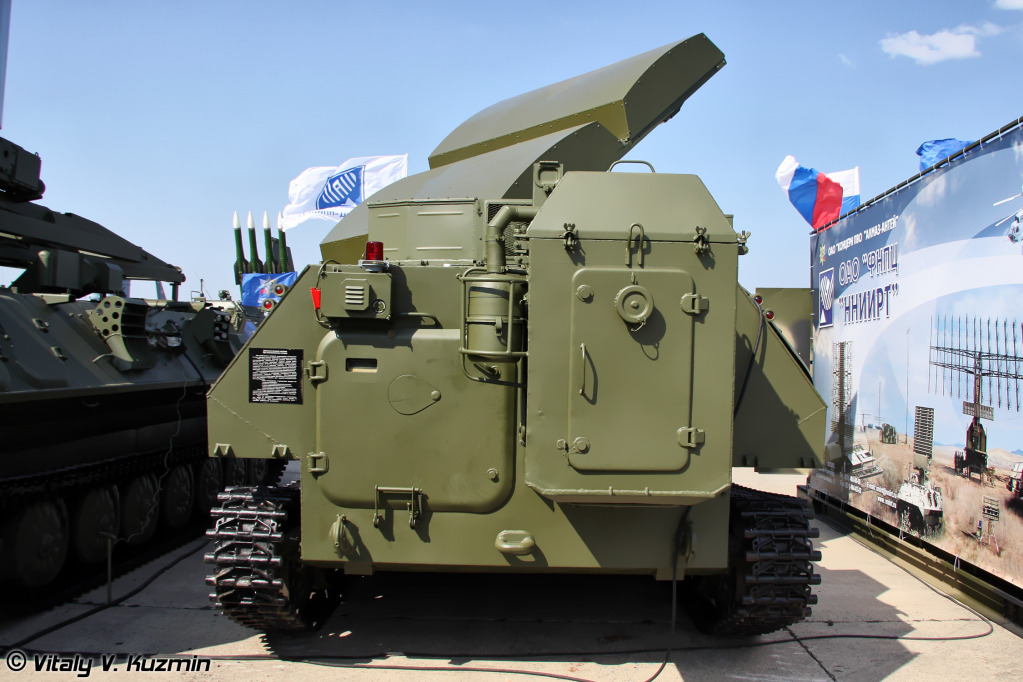 Viktor wrote:Nice article about the radar.

Exactly and a great picture too . Thank You .
dino00

MOSCOW, February 15 (RIA Novosti) - Russia’s air-defense systems manufacturer Almaz-Antei will for the first time show mockup models of advanced battlefield surveillance radar systems at the IDEX-2013 international arms exhibition in Abu Dhabi, the company said on Friday.
Almaz-Antei will display models of FARA-PV, a modernized, portable short-range battlefield surveillance radar with a panoramic display, and Project 1L277, a short-range solid-state ground surveillance radar.
The radars are designed for day/night and all-weather location of moving targets (personnel and vehicles) and stationary objects. They feature automatic transmission of data to the user and can be used to adjust artillery fire.
Project 1L277 can track up to 20 targets and is capable of automatic moving target recognition.
Representatives of nine defense firms affiliated with Almaz-Antei will take part in the exhibition. IDEX-2013 will run from February 17-22.

This was brought up in the ABM thread -

I think we need only one such topic where we will discuss all sort of Russian radar systems.

Now Russian radar systems are spread among numerous other topics and the whole situation is not clear.

So to start I have one interesting topic that emerged today. 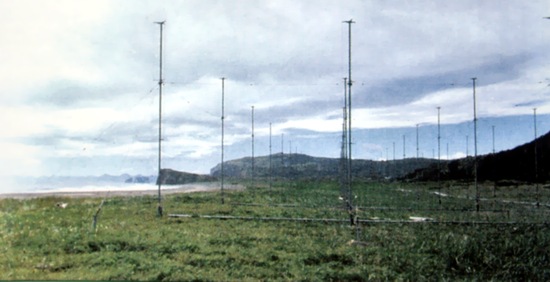 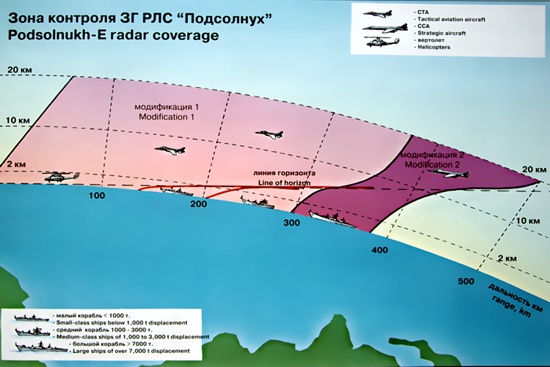 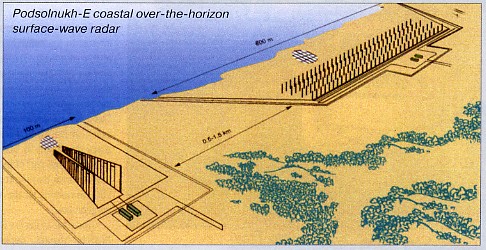 
The Ministry of Defence of Russia began to create a network of radars that allow for airspace surveillance within a radius of three thousand miles away. According to the source , "Interfax" in the heart of the new radar systems will be "Container".

The interviewee noted that the network can be deployed at short notice and will conduct reconnaissance radar airspace, even outside of the border. Specific dates, number of stations, their location and other details were not disclosed.

The-horizon radar (OTH-Radar) "Container" developed research and production complex " SRI distance radio communication . " The principle of reflection of radio waves is determined (the order of ten meters), the length of the ionosphere , which allows to detect a target even when it is hidden behind the horizon. The first such station was built shortly after the Second World War, after which the technology has consistently improved; Duga "Container", according to some sources , is being tested in 2002 near the town of Gorodets. The system, based on similar Duga different from other network-horizon radar "Voronezh": used for the observation of objects in space and detecting

launches of intercontinental ballistic missiles. The main objective of "containers" to the identification of small-ship cruise missiles and unmanned aerial vehicles.

LINK OF THE COMPANY
Viktor

New radar sets deployed although it is not clear which type and how many.

Up to 30 new radar sets should be delivered by the end of this year.

I think russian moD will buy a lot of new radars for all military districts.
Viktor 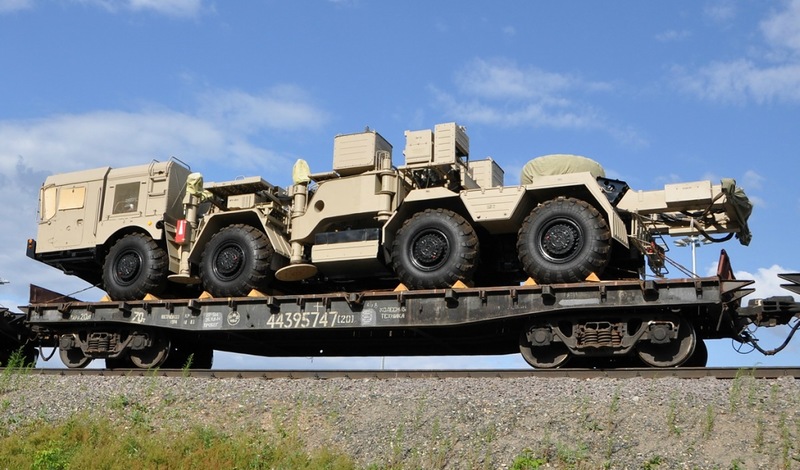 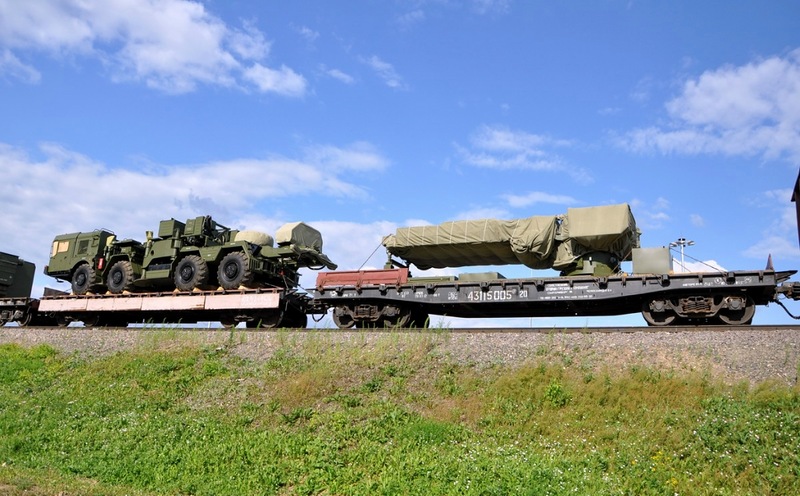 Was thinking the same. Perhaps Algeria?

Russia now adds one 96L6 per battery to increase flexibility in case 64N6 gets destroyed for whatever reason.
TR1

Wait I thought 96L6 was the "standard" search radar, and 64N6 was the additional bonus?
TR1