Those big tall radar arrays are the longer wavelength antenna.

Traditionally such radar were ideal for search radar... not particularly precise or sophisticated but detected incoming threats so higher frequency radars with much better positional accuracy could then be used to determine how many attackers there are and their location for fighters to intercept them and for SAMs on their flight path to activate and get ready for their approach.

Their lack of accuracy meant they were only used for detection... so everything else could be resting so when they were needed they could be ready and fresh.

Each frequency range has advantages and problems... the main problem for high frequency radars is that modern stealth aircraft are physically designed to redirect any high frequency radar wave in directions other than which from the direction they came. Longer waves are less directional and less effected by shape and bounce off the entire aircraft.

NEBO is such an effective radar system because they first of all updated all three frequencies of radar to modern AESA standards with digital computer processing power, and they use software to combine and maximise the advantages of the radars while reducing or eliminating the problems.

This means that you don't have one screen showing each of the radar returns from each radar, the computers combine the information and form a much more detailed display than any one of the radars could provide.

In terms of optical light think of it as being a telescope that includes IR sensitivity with thermal imaging... so a normal digital camera sees colours and detail and is good for identifying things, humans and objects, but it also has a thermal camera so humans... even in camo paint and ghillie suits glow with their heat signature which means a simple video processing computer can put targeting boxes around hot things and also moving things so a zoomed in digital camera can give you a close up detailed look at potential targets with the stabilisation system and camera pointing mechanism moving the camera from hotspot to hotspot and or moving targets so the operator can check if the target is something of interest like an enemy soldier, or a bird or animal or drone.


Check out this vid from Combat Approved:

https://www.sydney.edu.au/news-opinion/news/2022/02/03/using-radar-to-monitor-burn-victims-and-babies--it-s-now-possible.html it seems russia is no longer the only country now with such tech......See who funded this. Question is race to the production line
Podlodka77

According to the General Director of JSC "Radiotechnical Institute named after Academician A. L. Mints" Yuri Anoshko, active work is underway with potential customers 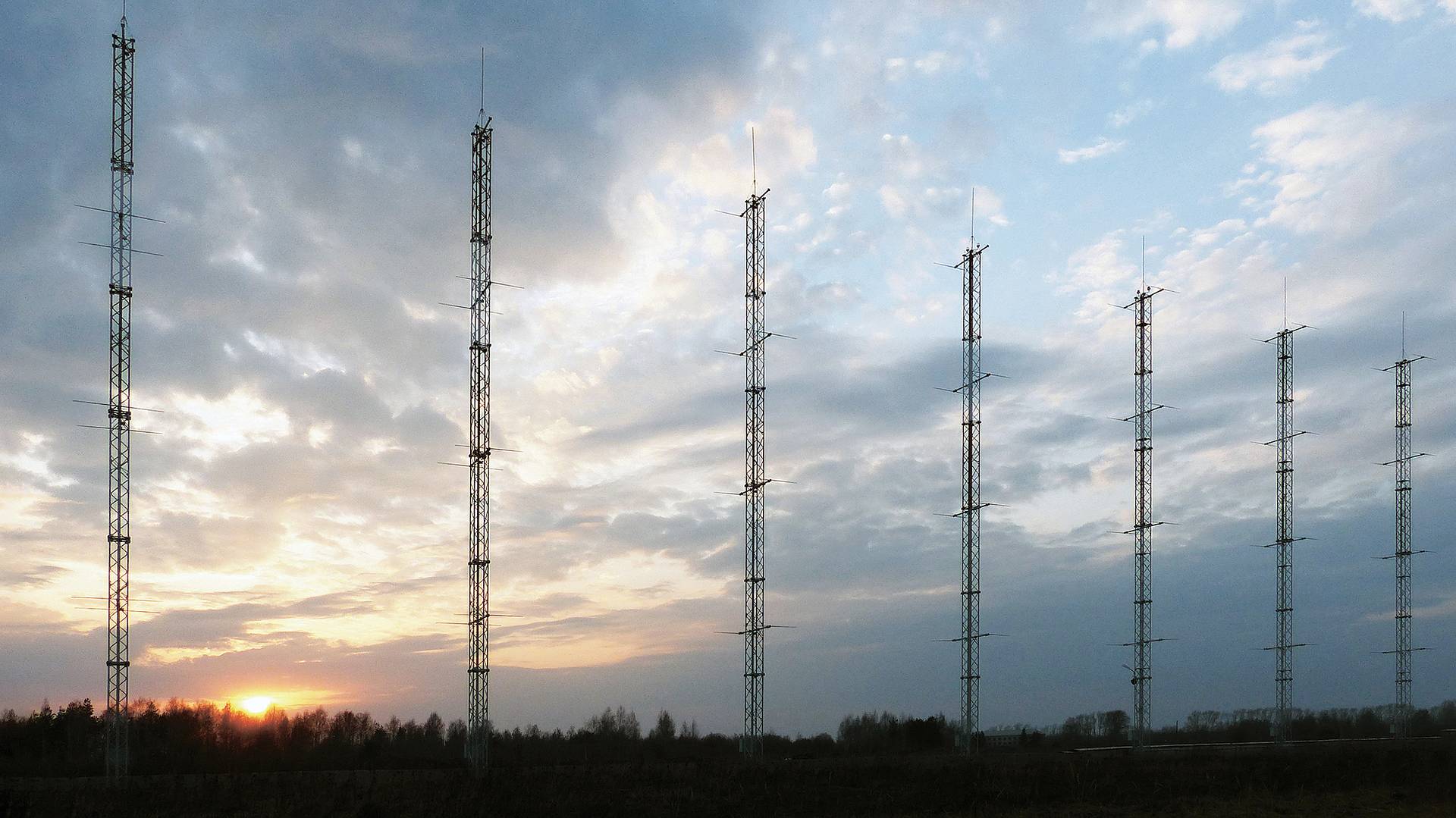 MOSCOW, May 25. /TASS/. Foreign customers are showing interest in the Russian over-the-horizon radar station (RLS) Podsolnukh-E, work is underway with potential buyers. This was stated in an interview with TASS by Yury Anoshko, Director General of JSC Radio Engineering Institute named after Academician A.L. Mints (RTI) and JSC NPK NIIDAR.

“I can say that there is a real interest in Podsolnukh-E and Laguna-I, now we are actively working with potential customers,” he said.

Anoshko noted that the conclusion of a contract for such radars is a lengthy process, since reconnaissance work must be carried out, technical characteristics and deployment agreed with customers.

The Russian over-the-horizon radar "Podsolnukh-E" has unique qualities compared to foreign counterparts and can simultaneously track more than 300 surface and air targets over an area of ​​about 150 thousand square meters. km around the clock and in any climatic conditions. For each target, private information is generated, which reflects all the data from the moment of detection to the moment of leaving the sector.

"Podsolnukh-E" controls the surface and air situation and provides information about it to the command posts of the coastal surveillance system and the national coast guard forces for making operational decisions on the use of weapons, mobile forces and means.

In Russia showed the work of stations "Nebo-T"


To detect air targets during a special military operation (SVO) in Ukraine, the Russian military uses radar stations (RLS) "Nebo-T". The Russian Ministry of Defense showed the operation of the stations during the NWO.

Radar crews are on round-the-clock combat duty during the special operation. It is noted that the complex is characterized by maximum sensitivity. Station operators detect not only aircraft, missiles and drones, but also multiple launch rocket systems (MLRS) projectiles.

The system allows you to detect air objects within a radius of 300 kilometers. The coordinates of the detected targets are transmitted to the pilots and air defense crews.

“The interference that enemy installations create on the air around the clock, the operators of radar stations have learned to quickly neutralize,” the message noted.

In February, the press service of the Central Military District reported that the Nebo-T radar crews had taken up combat duty. Su-34 fighter-bombers were used to test the systems.

In January, it became known that the Nebo-T stations would take up combat duty in the regions of the Urals and the Volga region.
[b]
https://lenta.ru/news/2022/05/27/nebo/

New system to track swarm of drones demonstrated at Army-2022 forum
A video presentation of the system shows a screenshot of the operator's monitor capturing how the control system is tracking several small drones simultaneously
PATRIOT PARK /Moscow Region/, August 19./TASS/. The Tula Central Design Bureau for Industry held the first presentation at the Army-2022 forum of its state-of-the-art airspace monitoring system, capable of tracking swarms of aerial vehicles, including small UAVs, identifying their type, TASS reported from the site on Friday.

"What we did is we launched a swarm of 20 [aerial vehicles]: planes, rockets, drones, and a helicopter hovered in the air. And it showed everything: if the helicopter was still, it also stayed still, if it moved, the arrow shows that, too," said Mikhail Masaltsev, an expert from the design bureau. "It controls everything from 400 meters to 80 kilometers. Most importantly, it sees small drones at a distance of seven kilometers or more, and large ones, like the Orlan, from 18 kilometers," he said.

A video presentation of the system shows a screenshot of the operator's monitor capturing how the control system is tracking several small drones simultaneously.

"The solid-state amplifier presented at the Forum is a new class of devices and makes possible to increase technical capabilities of SAM systems. Their series production has been mastered," said Alexander Bushuev, the chief executive of Salyut, a member of Ruselectronics Holding.

The Ku band amplifier developed by the company has small sizes and low power consumption. The amplifier does not need an extra power source and operates from the onboard network.

In Russia, for the first time, they showed the radar for detecting drones, which is used at ZNPP
Vitaly Dolgov, head of the laboratory for external piloting and operation of unmanned aircraft at NIIVK, explained that three such systems are operating at the power plant.

MOSCOW, 21 November. /TASS/. The radar detection system (RLS) of unmanned aerial vehicles (UAVs), which has been used for four months at the Zaporozhye Nuclear Power Plant (ZNPP), was shown to a wide audience for the first time. This was announced to TASS by the head of the laboratory of external piloting and operation of unmanned aircraft of the Scientific Research Institute of Computer Complexes (NIIVK) named after V.I. M. A Kartseva Vitaly Dolgov.

The radar was shown at the exhibition of Russian-made unmanned aerial vehicles Aeronet 2035 in Moscow. "The system is presented for the first time. The range is up to 23 km. This type of radar has been used at the Zaporozhye NPP for about four months," Dolgov said.

According to him, the latest system is able to effectively disable enemy unmanned aerial vehicles. "The radar determines the type and mass of an unmanned aircraft. It is possible to determine the performance characteristics of an unmanned aerial vehicle and suppress it. That is, we are not talking about its landing - it just falls, its high-frequency module burns out. The system has proven itself well when working at the ZNPP," - said the specialist.

According to him, three such systems are currently operating there. Dolgov clarified that this type is already being accepted by the RF Armed Forces.

NIIVK them. M. A. Kartseva is an enterprise of the radio-electronic industry of Russia, carrying out scientific research and development in the field of digital technology, control systems and information technologies. The Institute specializes in the creation of hardware and software for solving the problems of transport, industry, energy and other industries.