US (& Allies) Hypersonic developments and missiles

Re: US (& Allies) Hypersonic developments and missiles

The American magazine "Air Force Magazine" in the material John A. Tirpak "Buff Up. Another decade of enhancements will give the B- 52 three more decades of power", on the program of the US Air Force to modernize the strategic bomber Boeing B-52H Stratofortress, first reported the official characteristics of the American promising hypersonic air-launched missile AGM-183A ARRW (Air Launched Rapid Response Weapon, also used by the acronym Arrow), created by the Lockheed Martin Corporation and which should become the first model of hypersonic weapons in service with the US Air Force.

Preliminary characteristics of the AGM-183A ARRW missile in an interview with Air Force Magazine were revealed by US Air Force Major General Andrew J. Gebara, director of strategic plans, programs and requirements, Air Force Global Strike Command (AFGSC). According to him, “this product can fly almost 1000 miles in 10-12 minutes, this is amazing.” When it comes to land miles, this gives a maximum firing range of about 1600 km and a warhead speed between M = 6.5 and M = 8. Earlier, even the approximate characteristics of ARRW were not disclosed.

Major General Andrew Gebara also announced that the B-52 will be capable of four external ARRW missiles - two on each pylon. In September, US Air Force Strategic Command Commander General Timothy W. Ray said the ARRW missile could achieve initial operational readiness (IOC) status within "the next two years."

Recall that structurally ARRW is a solid-fuel air-launched missile with a warhead in the form of a detachable hypersonic warhead with a Tactical Boost Glide (TBG) rocket engine, which has been created for some time under the auspices of the Defense Advanced Research Projects Agency (DARPA) of the US Department of Defense. Strategic bombers B-52H and B-1B should be equipped with a missile as a matter of priority, while it was reported that it is being created in both non-nuclear and nuclear versions.

Presumably, the first aerodynamic tests of the TBG warhead were carried out in March 2019. In 2019 and 2020, the US Air Force conducted three aerodynamic tests (without reset) of the AGM-183A ARRW on a B-52H aircraft. The first flight test of the rocket is scheduled for late 2020.

The initial phase of ARRW R&D was carried out by Lockheed Martin under a $ 480 million contract issued by the US Air Force in August 2018, which is due to be completed by December 2021. In December 2019, the US Department of Defense issued a new contract to Lockheed Martin for the full-scale development, testing and preparation for serial production of the ARRW missile, totaling $ 988.832 million.The work should be carried out very quickly and be completed by December 31, 2022.

In June 2020, it became known that the US Air Force plans to purchase eight prototypes of the ARRW rocket for flight tests (four for testing and four spare), with flight tests in 2021 and 2022 fiscal years and the beginning of the arrival of the rocket into service (meaning the transfer for this four spare experimental missiles) from the beginning of the 2023 financial year (that is, from October 1, 2022 calendar year). Earlier, however, it was reported that the TBG block was delayed by about a year.

It should be noted that this week, at the Association of the United States Army (AUSA-2020) annual convention in Washington, DC, Lockheed Martin first demonstratedImage of a self-propelled launcher of a promising ground-based hypersonic system being developed as part of the joint Operational Fires (OpFires) program of the US Army and the Defense Advanced Research Projects Agency (DARPA) of the US Department of Defense. Judging by the appearance and unofficial information, the OpFires system is actually a variant of the ARRW rocket with a ground launch. The image shows a launcher on a 10x10 vehicle chassis with three missile transport and launch containers, very similar to the ARRW, but apparently equipped with an additional booster stage. It is stated that the first flight test of OpFires is scheduled for December 2021. 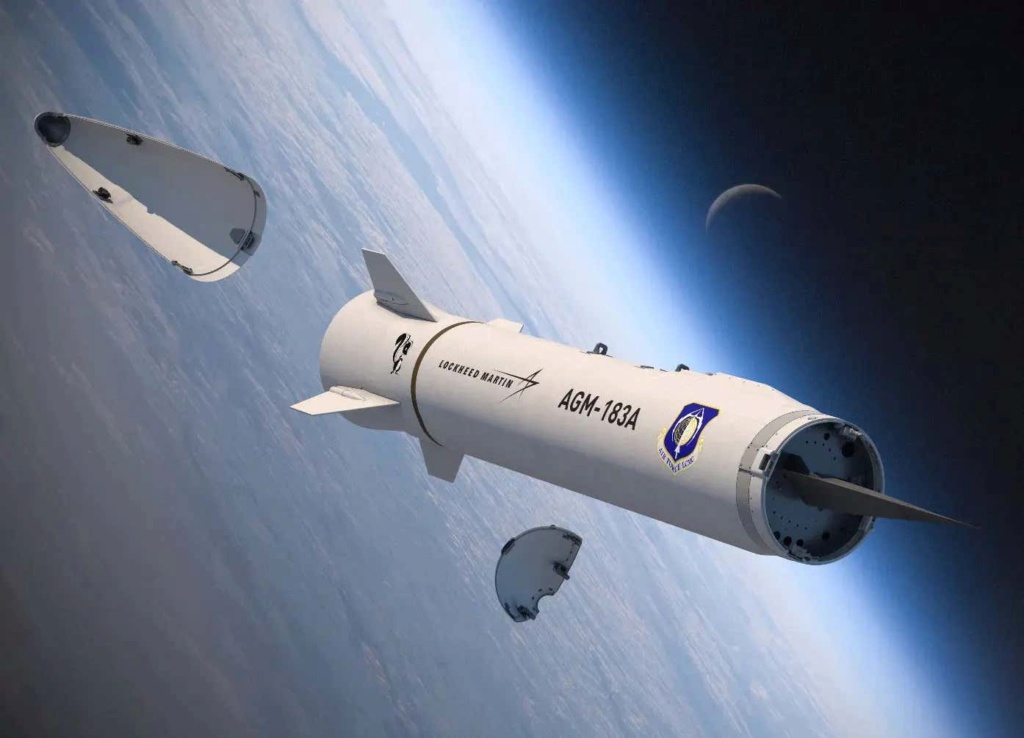 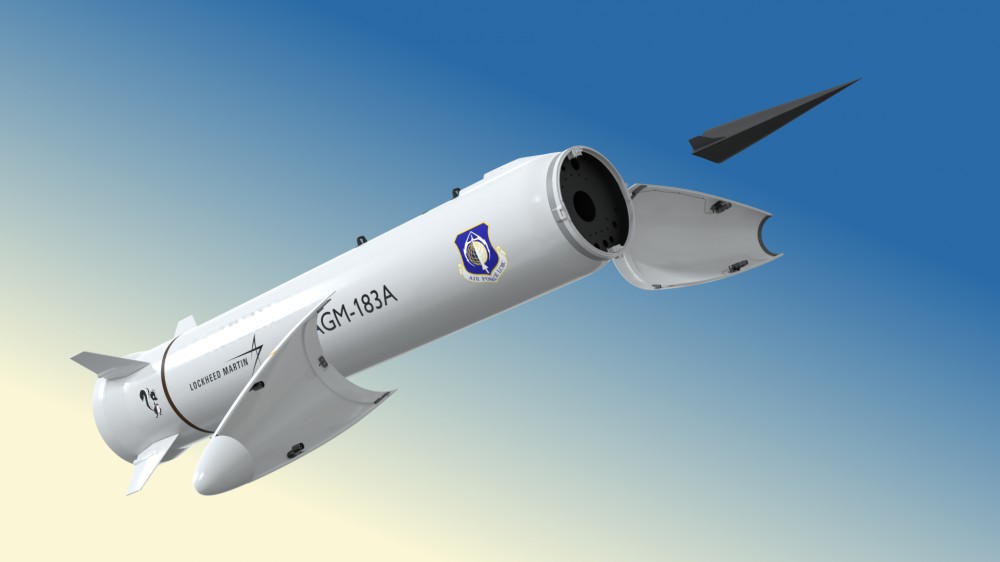 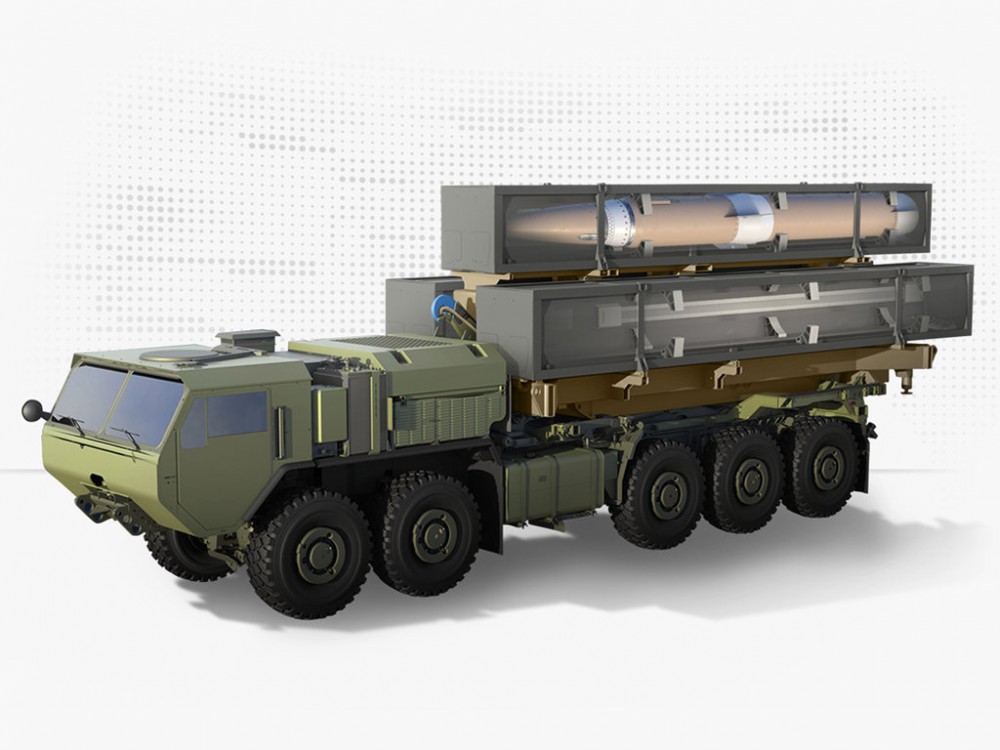