Shoigu announced the start of mass production of "Zircons"

According to the minister, these missiles are actually put into service.

"We are starting mass production of Zircon missiles. We have actually put it into service. This year it will already be documented, " he said in an interview with Rossiya 1 TV channel on the sidelines of the Army 2022 forum.

The real news IMHO is that the missile is in operation already, this is the first official statement in that regard.

With the speed, it does not need to carry any warhead...

We're about hear cope that russia is lying, and that its actually just a reskinned onyx. Given the honesty about delays of the zirkon and S-500, I believe the russians are lying less about it compared t the disaster which is the Su-57 "mass production" or the kurganets, altius, hermes and armata eternal prototypes.

It will be nothing to the spuge coming from western fanbois if a Zircon is shot down or misses its target... they will be difficult to defeat but nothing is impossible...

The sky will be falling and the US will be a super power again... for five minutes.

Yes, it's very interesting especially since everyone assumes that Cirkon is in the shape of the Waverider concept that is characteristic of hypersonic designs. The X-51 technology demonstrator had a similar concept. If Cirkon has really round inlets, it's a big surprise. Holod has also been tested with round inlets.

Looking at the photo from the last test of the 3M22 missile, although the quality is poor, you can see that the missile is not made in the Waverider aerodynamic technology? 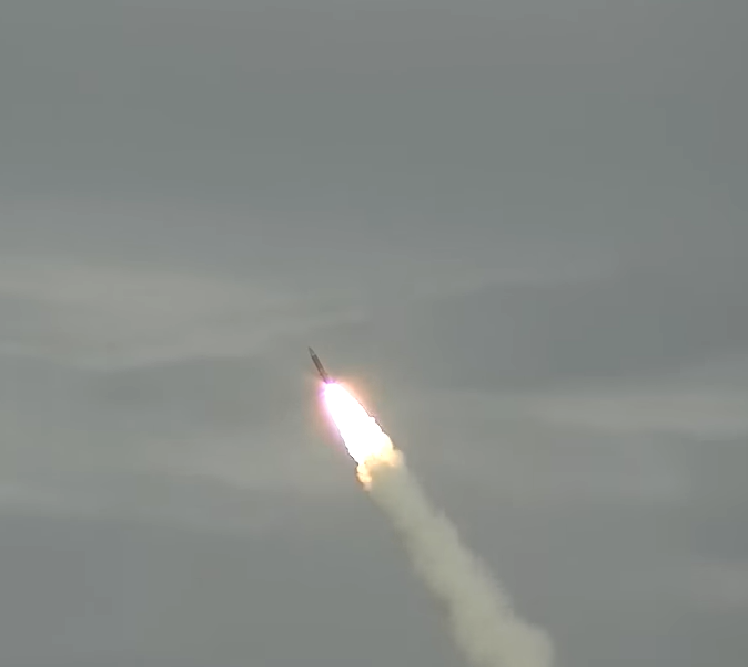 It's not just the Waverider itself from back in the 90s

So either the Zirkon has undergone a complete redesign since the Brahmos-2 mock-up, that mock-up was just someone's fantasy, or the pic is not clear enough to determine the shape of the Zirkon.

Old video from the last test from the beginning of the year.
owais.usmani

Arrow wrote:Old video from the last test from the beginning of the year.

Are you sure? I have never seen this version before, can you post the old video so we can compare?
Arrow

Russia has developed a mobile launcher for the Zircon hypersonic missile

The launcher will carry two missiles

MOSCOW, 4 November. /TASS/. Enterprises of the Russian military-industrial complex have developed and manufactured in hardware a mobile launcher of a coastal missile system (BRK) with the latest Zirkon hypersonic missile. This was reported to TASS by a source close to the military department.

"A prototype of a mobile launcher for a coastal missile system with a Zircon hypersonic missile has already been created. As in the case of the Bastion missile defense system, the launcher will carry two missiles," he said.

According to the interlocutor of the agency, as in the Bastion complex with the Onyx missile, the launcher of the new complex is four-axle.

Experts: Russia has taken a new step in the development of hypersonic weapons
Military expert Sivkov: Mobile installation for "Zircon" will make it invulnerable

The land mobile installation provides a number of advantages in using the Zircon, including the secrecy of our equipment. This opinion was expressed by military experts Alexander Bartosh and Konstantin Sivkov in a conversation with the VZGLYAD newspaper. Earlier it became known about the development and manufacture in hardware of a mobile launcher of a coastal missile system (BRK) with a Zircon hypersonic missile.

“A mobile launcher will allow you to transfer weapons as close as possible to the objects of use. This reduces the flight time and provides stealth technology, making it almost invulnerable. Previously, sea carriers were used for Zircon missiles. But the mobile land version is a new step,” said Alexander Bartosh, Corresponding Member of the Academy of Military Sciences.

At the same time, the interlocutor noted that it is advisable to use this type of weaponry only in case of urgent need. “This is a very expensive tool and they will most likely be hit only at very important strategic targets - combat control centers, moreover, at the government level, or at large bases,” he explained.

“At the same time, I do not think that such weapons will be used in Ukraine. The use of Zircon in a special operation will require additional reconnaissance of targets and will minimize the time from the moment a target is detected to its destruction to just a few minutes, ”said Bartosz.

Zircon is a hypersonic weapon that is practically invulnerable to air defense. At the coastal complex, the range of destruction varies from a thousand to one and a half thousand kilometers. The range of carrier-based aviation is about 800 kilometers. That is, by creating and using a missile system, we can strike at the enemy without entering the reach of his carrier-based aircraft, ”says Konstantin Sivkov, doctor of military sciences, in turn.

“The coastal mobile system creates a security zone 1,500 kilometers deep. Probably, such installations will appear along the perimeter of Russia's maritime borders in the foreseeable future," Sivkov concluded.
Earlier, a source close to the military department said that a prototype of a mobile launcher for a coastal missile system with a Zircon hypersonic missile had already been created. He clarified that the launcher, as in the case of the Bastion DBK, will carry two missiles. The source also said that the launcher of the new complex is four-axle, as in the Bastion complex with the Onyx missile, TASS reports.

TASS The agency notes that the DBK, like its predecessor, the Bastion complex, will have the ability to hit both surface and ground targets. Previously, state tests of the Zircon were carried out from a surface carrier - the frigate Admiral Gorshkov. In 2021, tests of the missile from an underwater carrier, the Severodvinsk nuclear submarine, also began.

In August, Russian Defense Minister Sergei Shoigu announced the start of serial production of Zircon hypersonic missiles. Recall that during the parade on Navy Day in St. Petersburg, Vladimir Putin said that the supply of Zircon hypersonic missile systems to the Russian Armed Forces would begin in the coming months. The first ship to use missiles will be the frigate Admiral Gorshkov. 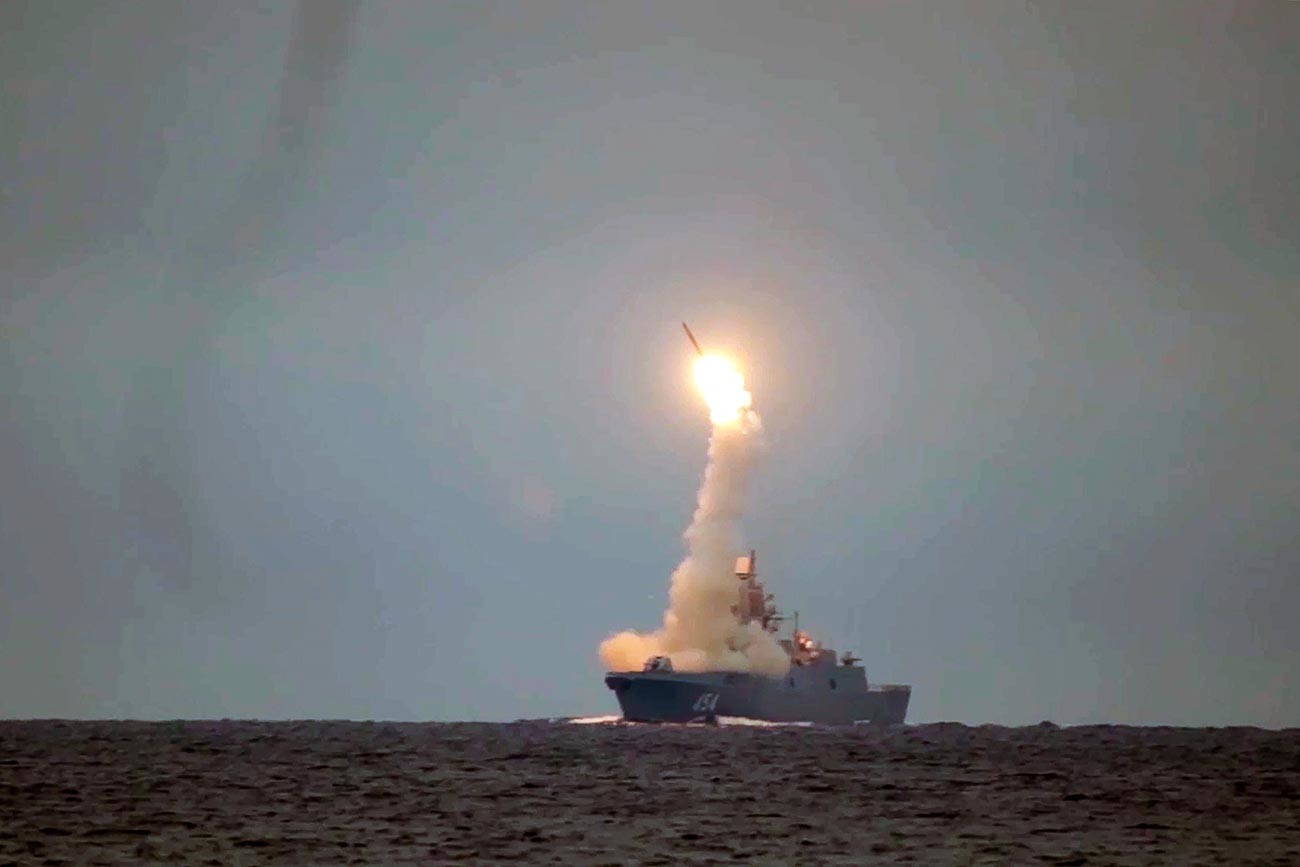 The first contract for the production of a batch of Zircons was signed in the summer of 2021, the source said.

MOSCOW, 12 November. /TASS/. The Russian military department has ordered an additional batch of the latest Zircon hypersonic missiles from industry. This was reported to TASS by a source close to the ministry.
“As already reported, the first contract for the production of a batch of Zircons was signed in the summer of 2021. “An additional contract will be signed this fall,” he said, without giving an exact date. According to the agency’s interlocutor, the additional contract deals with several dozen missiles with a deadline of 2023.

TASS does not have official confirmation of this information.

Previously, state tests of the Zircon were carried out from a surface carrier - the frigate Admiral of the Fleet of the Soviet Union Gorshkov. In 2021, tests of the missile from an underwater carrier, the Severodvinsk nuclear submarine, also began. In early November, TASS reported that a mobile launcher for a coastal missile system with a Zirkon hypersonic missile had already been developed and manufactured in hardware.
"Zircon" was developed and produced in the Reutov NPO Mashinostroeniya (part of the Tactical Missiles Corporation, a member of the Russian Union of Mechanical Engineers).

New mobile launcher for Zircon will be able to use Onyx missiles
Supersonic missiles are used both in the Bastion coastal complex and on surface and underwater carriers. 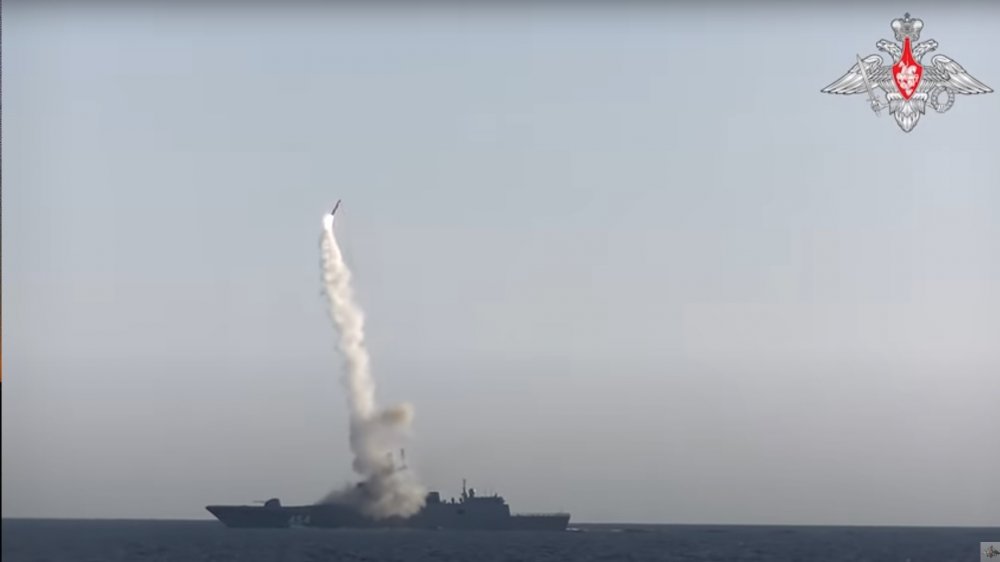 MOSCOW, November 22. /TASS/. The mobile launcher for the Zircon hypersonic missile created in Russia will also be able to launch the Oniks supersonic missiles used both in the Bastion coastal missile system (BRK) and on surface and underwater carriers. This was reported to TASS by a source close to the military department.

"The created launcher of the new coastal missile system is unified for both the Zircon and the Onyx missiles," he said.
TASS does not have official confirmation of this information.

Earlier, a source from the agency said that enterprises of the military-industrial complex developed and manufactured in hardware a mobile launcher DBK with a Zircon hypersonic missile. According to him, the prototype has already been created, as in the case of the Bastion DBK, the launcher will carry two missiles.

According to another TASS source, the DBK with the Zircon missile, like its predecessor, the Bastion complex, will have the ability to hit both surface and ground targets.

The Onyx and Zircon missiles are designed and manufactured at the Reutov NPO Mashinostroeniya (part of the Tactical Missiles Corporation, a member of the Russian Union of Mechanical Engineers).