IRGC's speaker said they can't tell ANYTHING about this missile
he said all we can show is a short clip of missile launch .
because it's SECRET 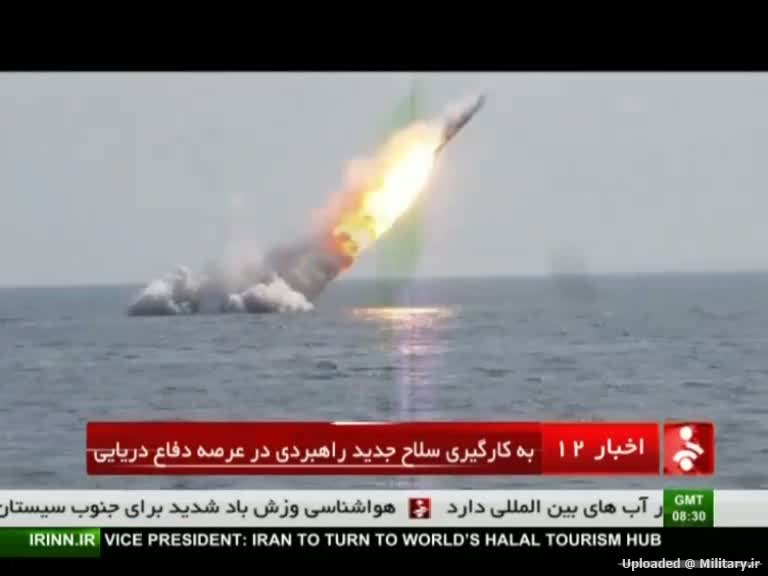 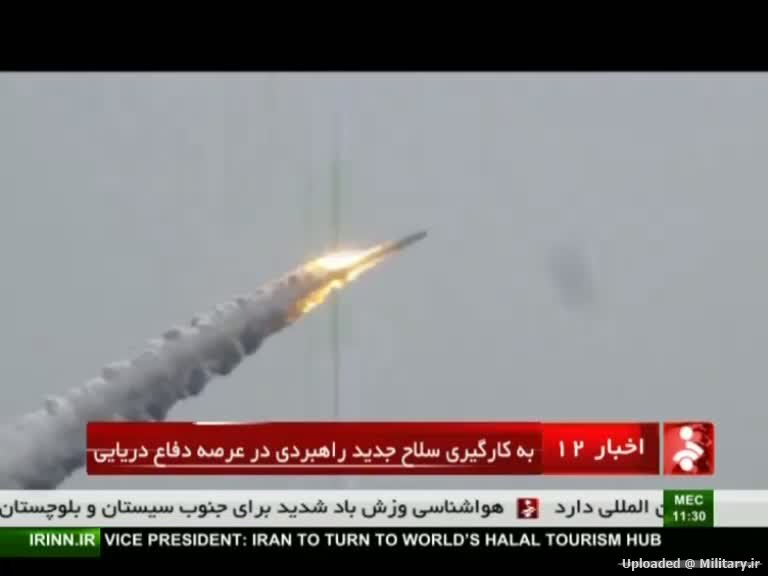 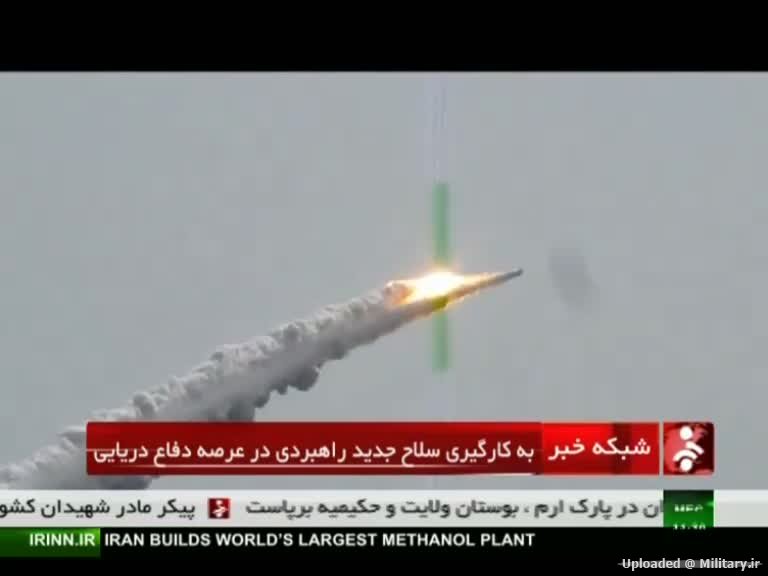 My speculation about the shape of the Iran's first SLM: 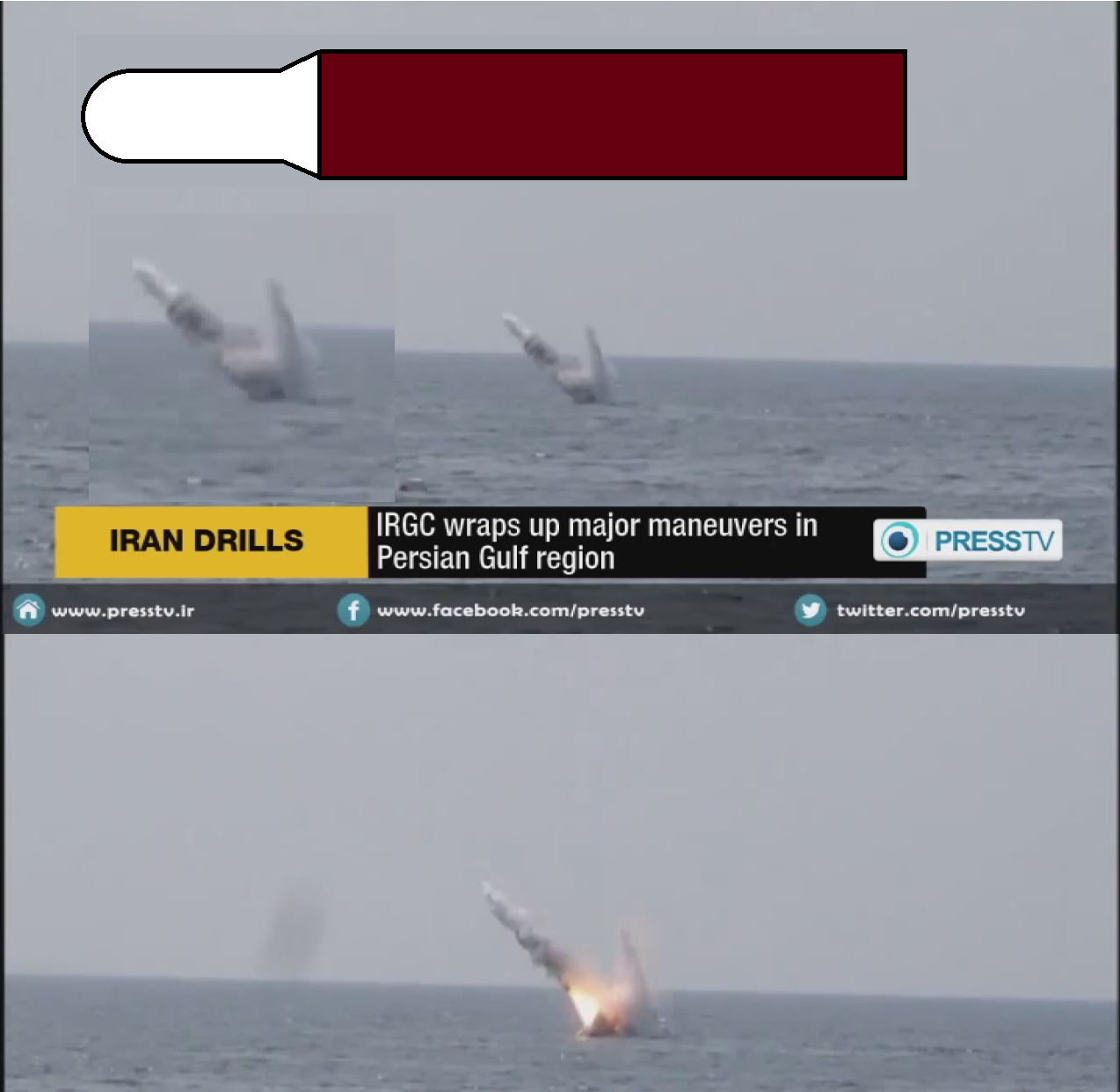 oh sh!t- its kh-55. and those can do 3000km easy right?
ShahryarHedayatiSHBA

The missile has a range of 3,000 kilometers


''Up to 20 nuclear-capable Kh-55 missiles -- with a 3000km range -- and four 200-kiloton nuclear warheads were stolen by a shadowy group of former Russian and Ukrainian intelligence and military officers.

But one version of events, supported by documents obtained from the Ukrainian parliament and the investigations of the Haider family, is that they ended up in Iran and China''


''Ukrainian officials have acknowledged that a total of 12 Kh-55 medium-range, air-launched cruise missiles capable of carrying nuclear warheads were transferred from Ukraine to Iran and China in the last five years''

Congrats to Iran. This is a much needed powerful asset.
ShahryarHedayatiSHBA

The missile in the video is not KH-55 for me ,may be C-602 .
ShahryarHedayatiSHBA

How?
By adding a solid booster to The missile and using a Transporter Erector launcher 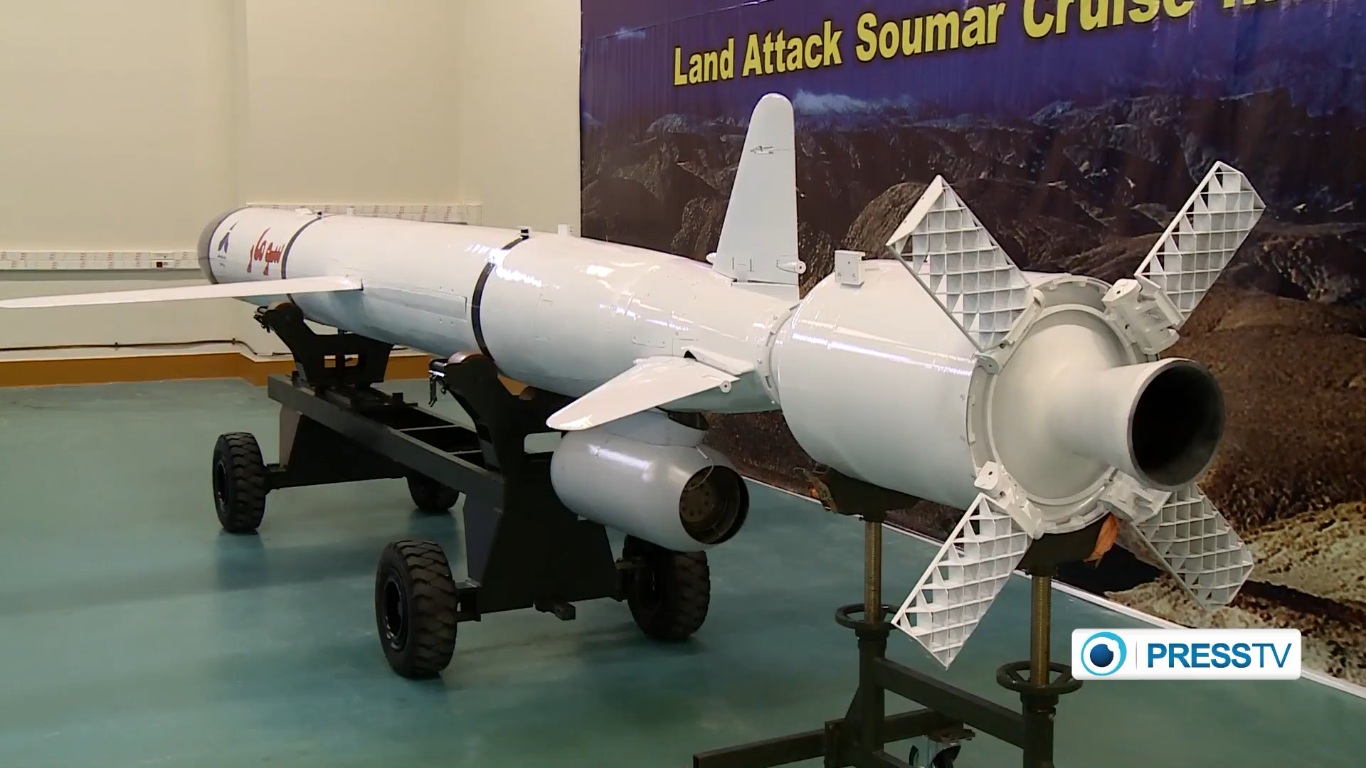 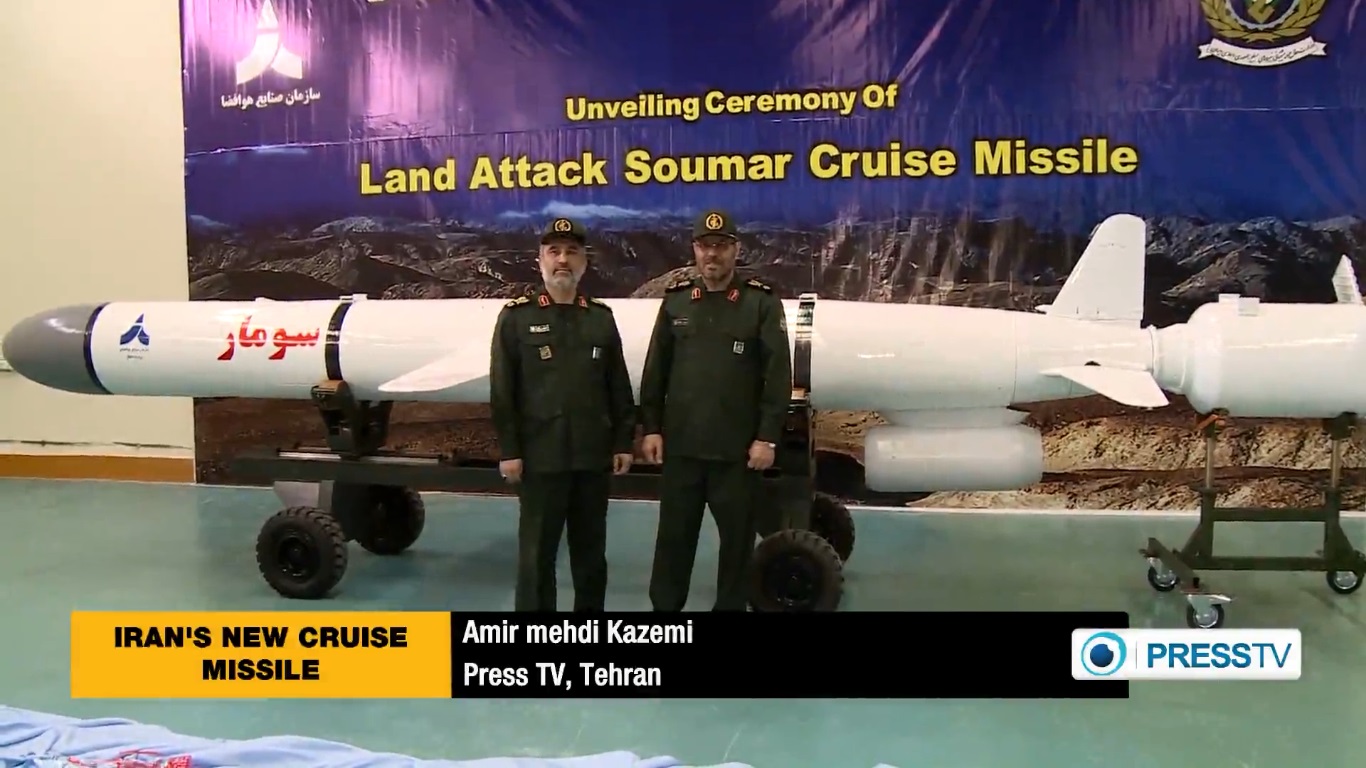 Thx for this info.
Questions please.

Flight altitude ?
Speed ?
Mass production ? If yes, how much ?
NationalRus

Flight altitude ?
Speed ?
Mass production ? If yes, how much ?

Flight altitude : 30 ft
Speed : subsonic
Mass production of the missile was started in 2012
If yes, how much ? i don't know Capable of carrying nuclear warheads, Iran doesn't even know where to start to design. Unless Ukraine has sold more than a couple of X-55 to Iran.

However most of the Iranian efforts have been to obtain a ground based system with reliable thrust. This means this is mainly directed to definitely hitting "in front" not on "the right". Saudis must be thrilled.

The tests were held as part of the Iranian Navy’s large-scale drills code-named Velayat 95.

The newest cruise missile Nasr has been launched. It has successfully hit the target, Dehghan said.

Meanwhile, the news agency Tasnim reported that the Iranian Navy had displayed and successfully test-fired an advanced domestically-made guided missile system dubbed "Dehlaviyeh," "which is specialized in targeting vessels and ships."

According to the agency, the laser-guided weapon successfully hit the naval targets.

The basic phase of the Velayat 95 war games began on Sunday in the Strait of Ormuz, the Gulf of Oman and in the north-western part of the Indian Ocean - from the Iranian territorial waters to the Bab el-Mandeb Strait.

A new ground-based cruise missile Hoveizeh is presented in Iran

Tehran, February 2, IRNA - On the eve of the 40th anniversary of the victory of the Islamic Revolution of Iran, a new, home-produced, long-range ground-launched Hoveyze missile was presented by experts from the country's defense ministry.

Speaking at the Iktidar-40 military-technical exhibition, Iranian Defense Minister Amir Khatami said that the Hoveyze missile is considered an important defense achievement, which shows no obstacles can stop Iran’s progress.

Speaking about the Hoveyze missile, the Minister of Defense noted that the missile’s range is more than 1,350 km.

Quick preparation, low flight altitude, high accuracy of navigation and power of destruction are characteristics of the Hoveyze cruise missile. 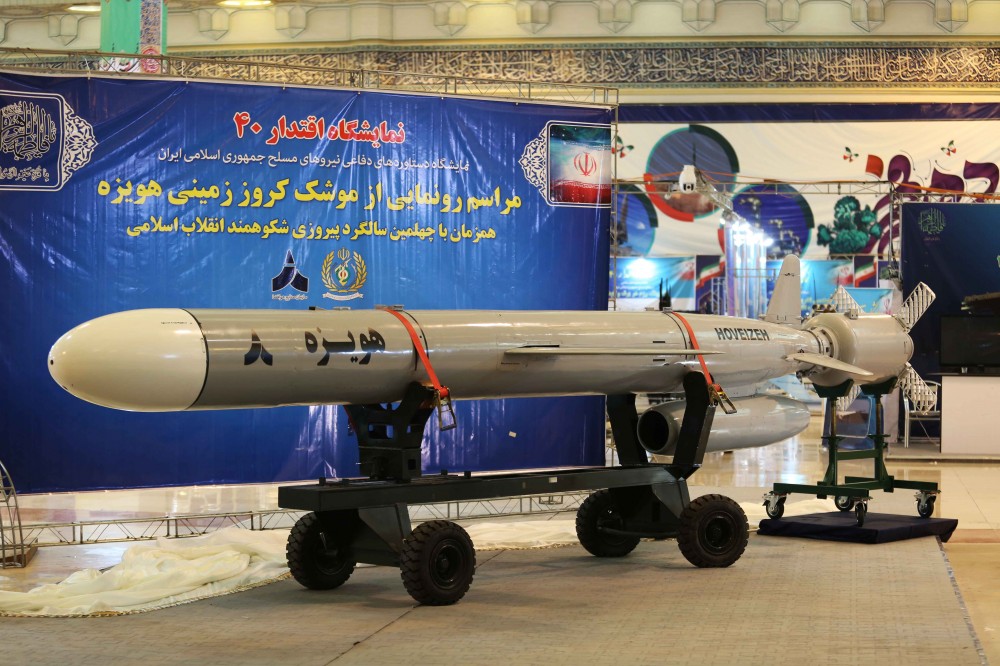 As you can see, this is again the Kh-55-like cruise missile with a starting accelerator for a ground launch, which is a development of the Sumar missile shown in 2015, which was created as a result of many years of work on copying the Kh-55 missiles produced as a result famous scandalous history in Ukraine in the early 2000s. However, judging by the sample shown, the Hoveyze rocket had clearly changed the engine, and it was reported that the range of Sumar missiles was only 700 km. Apparently, this led to work on the creation of a version with a range increased to 1350 km due to the installation of a new engine.

Let me remind you that the range of Sumar missiles was not originally called and, by analogy with the X-55, it was estimated at 2,000-2,500 km, but there were suggestions that it would be difficult for Iran to make a full-fledged copy of the X-55 missile engine, which actually turned out to be , moreover, rockets are launched not from air carriers, but from the ground. As a result, even the new "Hoveyze" has a half to two times shorter range than those assumptions. Although even with a range of 1350 km in the range of the missiles is Israel and most of Saudi Arabia. 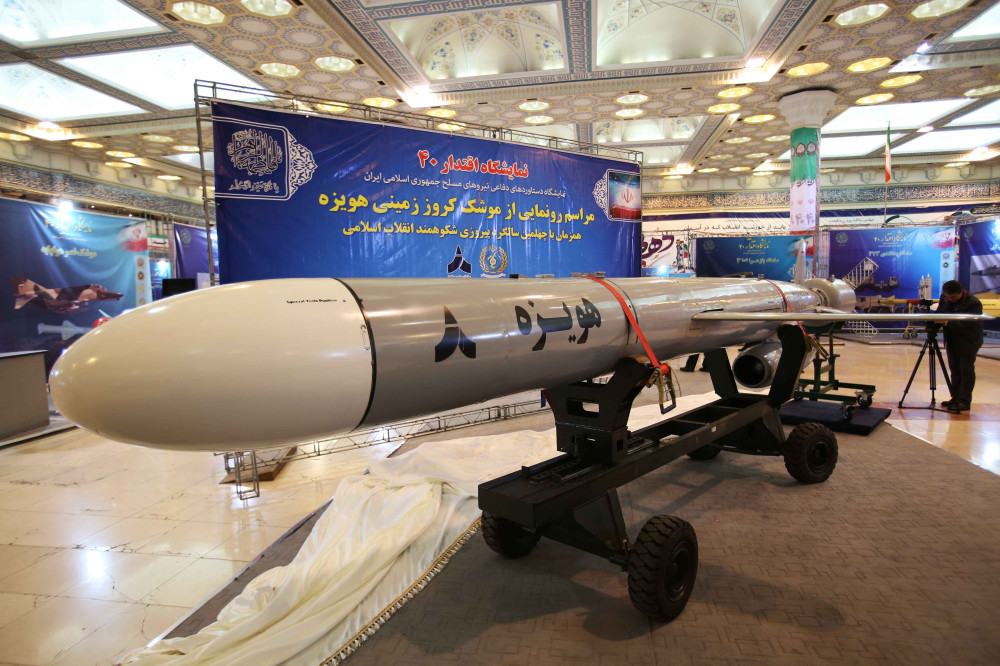 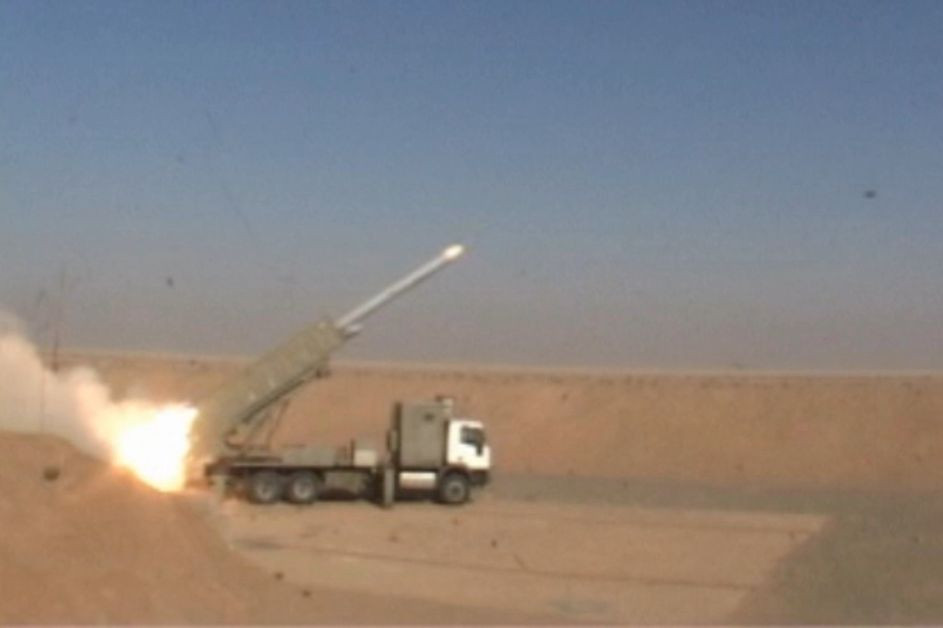 Adding to my previous post... attacking US bases near Iran or in the ME would be of value to Iran because such bases would be where attacks on Iran will be based so damaging them... making them increase their defences has obvious value for Iran... in addition to being closer easier targets...

These cruise missiles would be ideal for a start, but back them up with ballistic missiles too.

Interesting small cruise missile in MAKS. With weight of 670 kg and range of 450 km, it is ideal stand off weapon for IRIAF fighter bombers like Su-24M and F-4E. With them they could strike enemy targets from safe distance.
Sponsored content