Video of the production

And another video from this visit. 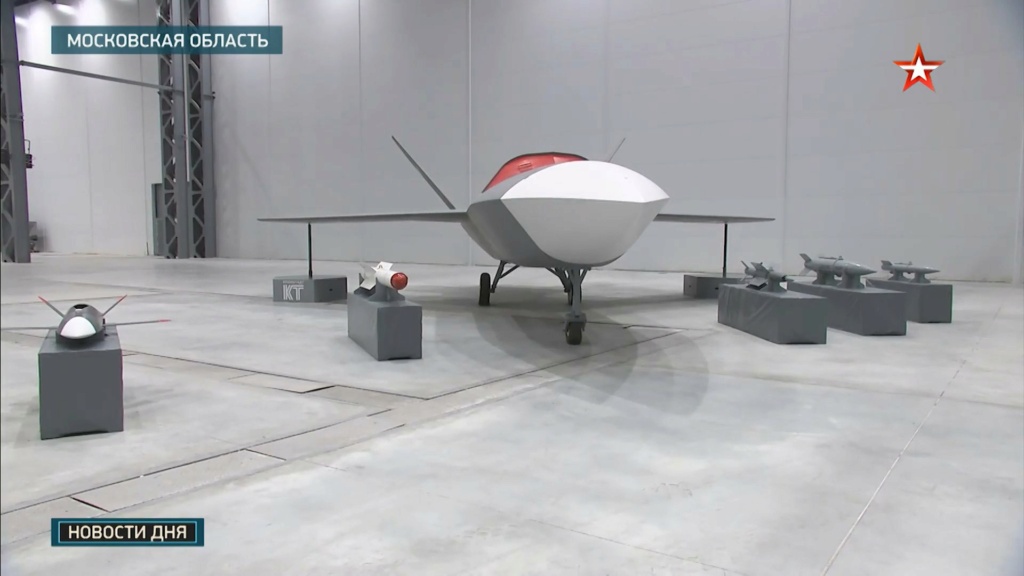 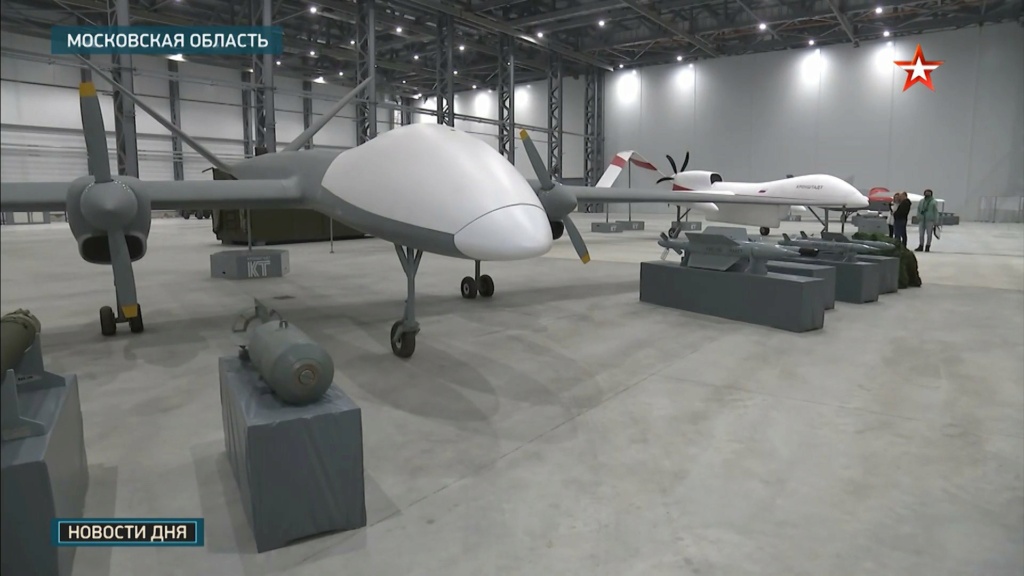 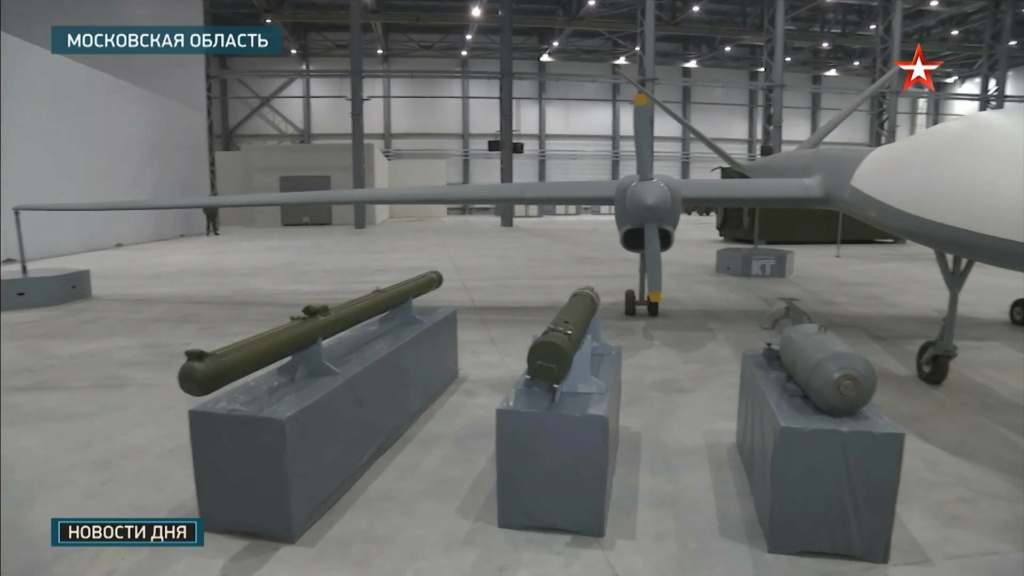 Large heli drone in the back

The acceleration they gain with that stuff is mindblowing

Going from a fringe interest of artillery and AF recon to everyone wants one has been a good boost to their range of types and performance of systems...

I find the range of specialist weapons to be rather interesting as it can also be used on light patrol helicopters and light attack helos like the Armed Ansat helicopter too.
George1

January 29th, 11:00 pm
As our blog has already reported , during a visit on January 27, 2022, by the Minister of Defense of the Russian Federation, Sergei Shoigu, to the first specialized plant in Russia for the production of large-sized military unmanned aerial vehicles built by JSC Kronstadt in Dubna near Moscow, the Minister, among other things, was shown the first flight model of an unmanned aerial vehicle performed by Inohodets-BLA-S (Orion-S), equipped with satellite communication system equipment. Antenna of the antenna-feeder system "Accent-SM" of the satellite communication system on the manufactured in the workshop

The resource "Military Informant" in the social network "VKontakte" published an interesting material by Konstantin Mirza with details about the domestic product installed on this UAV for organizing mobile satellite communications (SOTM), developed and manufactured by the Smolensk JSC "Research Institute of Modern Telecommunication Technologies" ( Research Institute STT, plant "Edelweiss").

The UAV is equipped with small-sized satellite communication system equipment with the Accent-SM auto-tracking system, which has the following functionality:

- provision of duplex transmission of data, text and voice information via satellite communication channels;
- installation on stationary and mobile objects (with an autonomous navigation system) with the ability to work on the move;

- the possibility of using a set of equipment as a "ground" and "on-board" part of the satellite communication system;

- guidance and auto-tracking of a given communication satellite during parking and movement (when installed on an object with an autonomous navigation system);

- interfacing with an aircraft autonomous navigation system via the ARINC-429 interface for the "autotrack" mode. 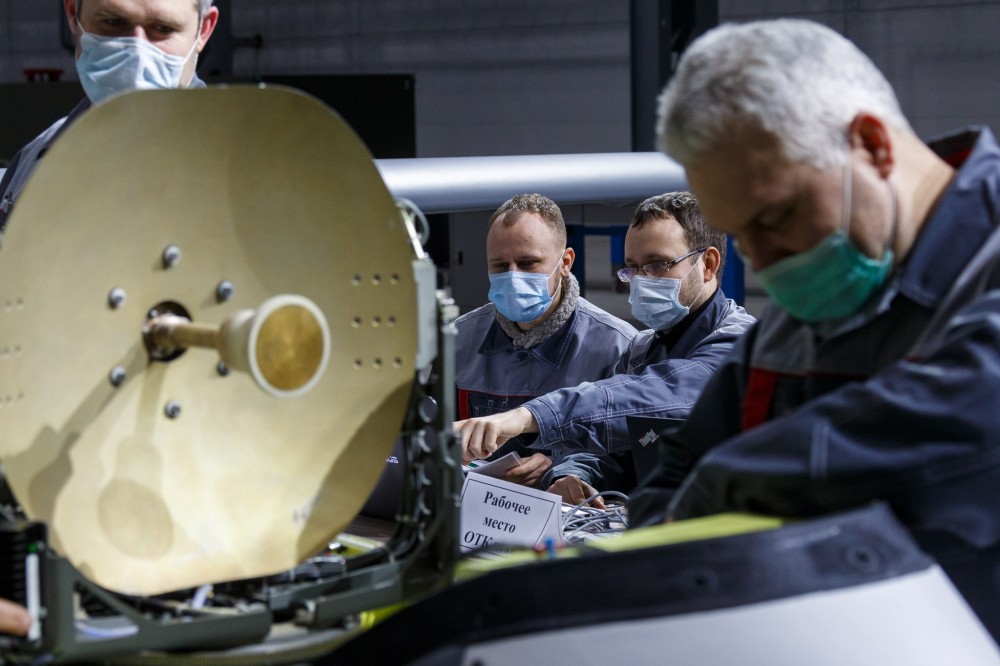 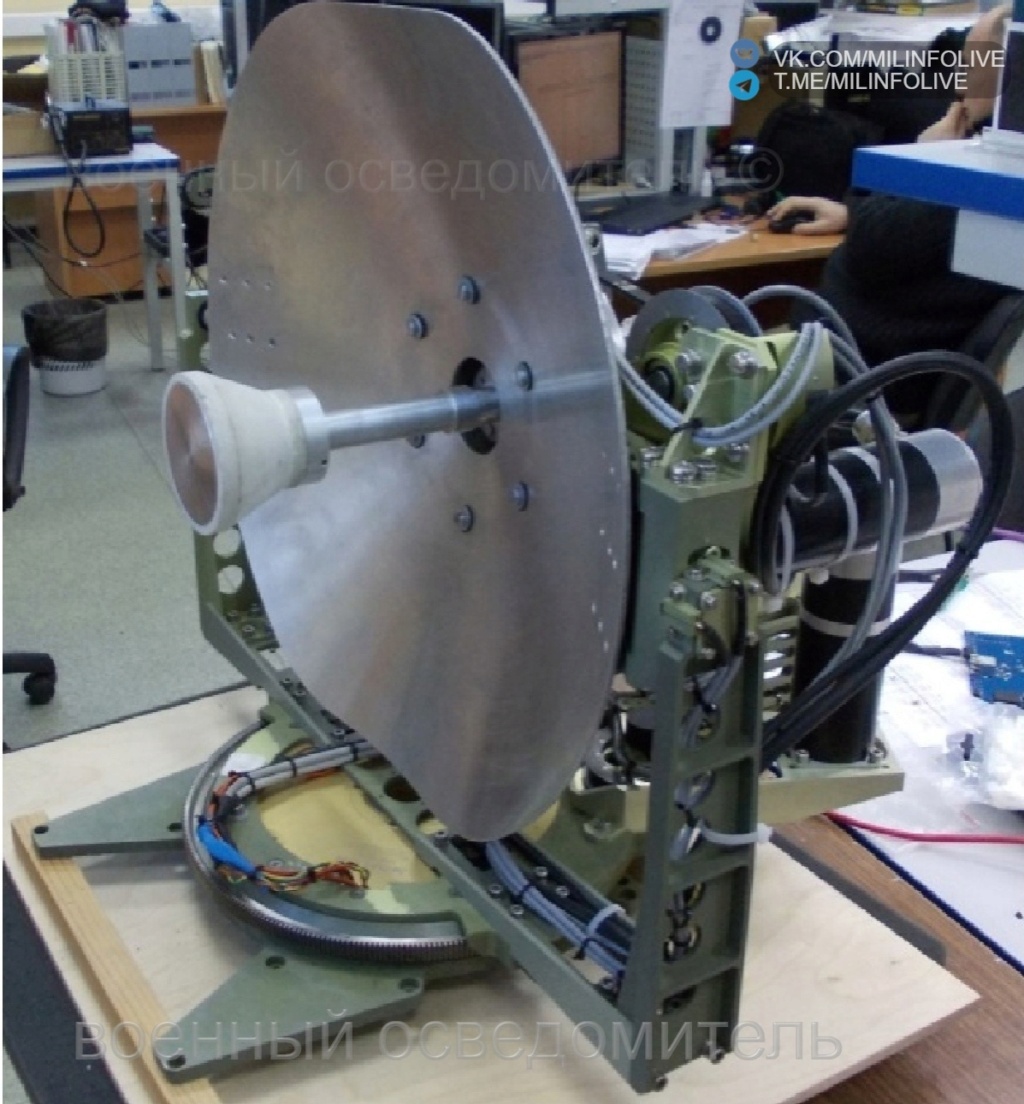 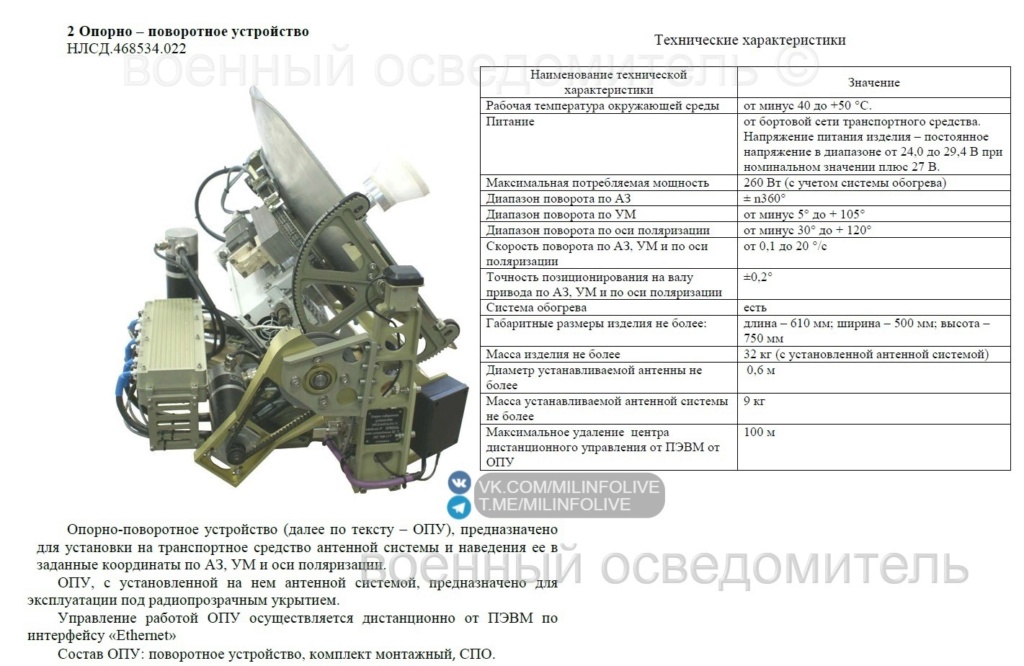 The Sirius strike drone upgraded for the Russian Navy will be capable of operating as a search and rescue and reconnaissance vehicle, the press office of Kronshtadt Company told TASS on Monday. 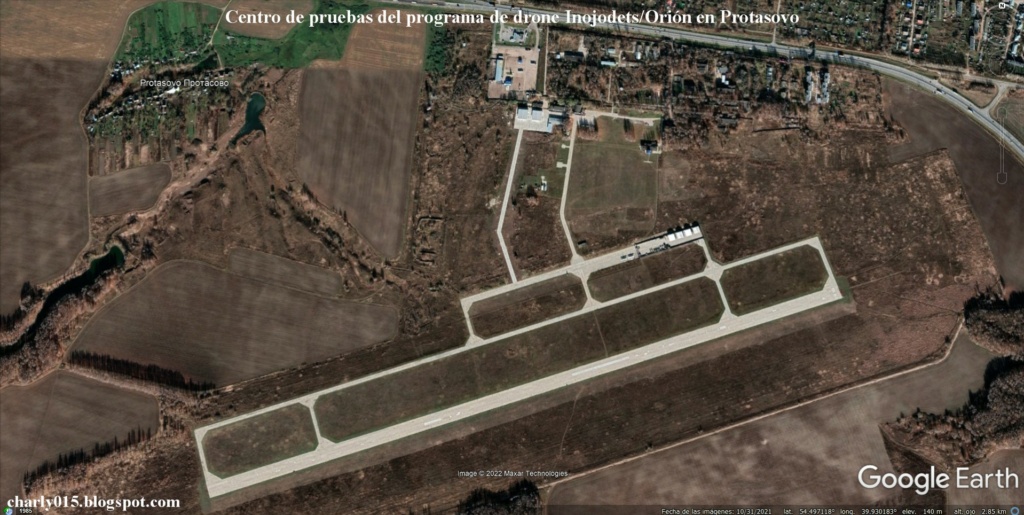 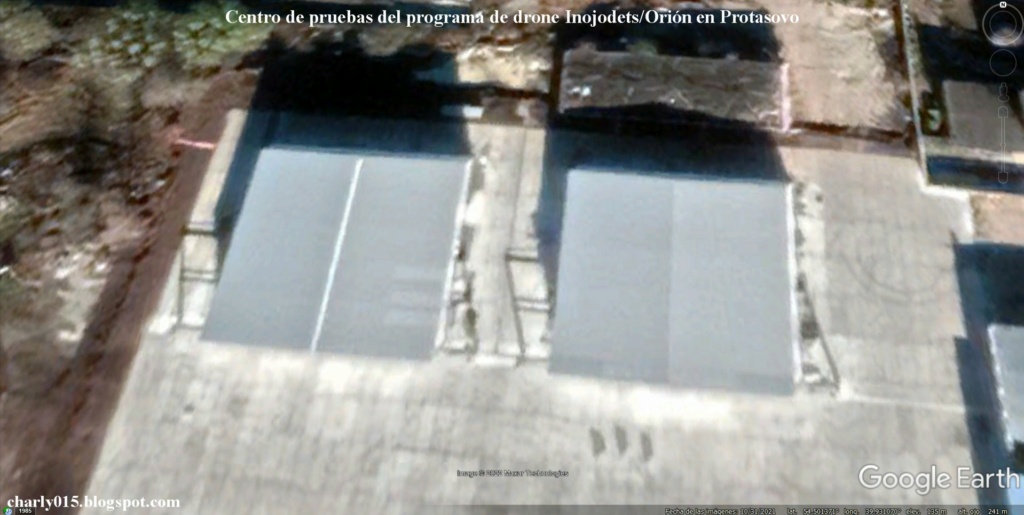 This "highly significant accomplishment" follows the European Organisation for Joint Armament Co-operation (OCCAR) inviting Airbus Defence and Space on October 31st to submit a "Tender for the Development, Production and initial in Service Support phase" of the European MALE RPAS Programme.

"The Catalyst is an engine proven in flight, entirely developed and manufactured in Europe. As well as the Eurodrone programme, this engine has been conceived as ....
100% ITAR-free (International Traffic in Arms Regulation), thus enabling independence on export chances and avoiding additional requirements prior export clearance."

The People's Front of Judea
Reg leads this group of rebels that makes endless proclamations and "plans" but never actually implements or does anything .....

REG: Completely new motion, eh, that, ah-- that there be, ah, immediate action--

FRANCIS: Ah, once the vote has been taken.

REG: Well, obviously once the vote's been taken. You can't act another resolution till you've voted on it...

More of a post for a thread not on UAVs in RuArmed forces news section?

Why is the altius not being used in Ukraine?
Gazputin

its only in first delivery phase .... not ready for frontline action yet

someone has to make the engines too
2 per drone ... new engine

I would only be flying them over my own territory for a while ....

but hey .... what a brilliant way to rack up kms on a new engine
on a twin-engined uav .... no risk of killing test pilots
really clever in a strange sort of way

Just find out that Russia is offering the 36mt jet engine for UAVs. It is the engine used on kh-59 missiles. Pretty solide engine for a UAV in the class of Orion and give them a higher speed than those propellers engine they usually use.

Can also be used for a drone that simulates fighters to harass enemy air defence. A retractable lunberg lense to play on the drone's rcs and a basic RWR to know when a missile was launch. Fly around with big rcs and once they target the drone retract the lense to give it a very small rcs and be stealthy to the air defence thus making it spend missiles over and over. 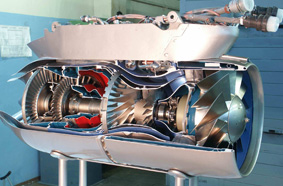 Why is the altius not being used in Ukraine?

What makes you think they aren't using it?

I would say high altitude fake drones that are just cheap airframes and engines and fuel and nothing else flying around at 10km altitude would be useful.... the only systems that could reach them would be BUK and S-300 so wasting those missiles and also revealing their locations when they launch at such targets would be useful

But then fitting them with some weapons and optics and sensors so they know when they are under attack they can find the launchers themselves and release Glonass guided bombs to hit the launchers even if the drone gets shot down would be well worth it too.


its only in first delivery phase .... not ready for frontline action yet

Isn't it funny these people complaining the Putin is weak and should have done this in 2014 also blame Russia for not having enough drones this time around... not even knowing how many drones they have or are using of course...

Sounds like a good opportunity to test new equipment too... I would think they would have a few for operational testing at the very least.

This sort of drone would be used against all sorts of opponents so seeing how HATO try to deal with it will be useful too.

merging of missiles and UAVs

what is even more interesting re that Kh-59 and its compact turbofan engine
Kronstadt setup shop right next to MKB Raduga in Dubna ..... who do the Kh-59
same tech .... same labour force ...

meanwhile over at Roscosmos
they are working on that Krylo-SV
that takes off as a rocket booster ..... flies back like a cruise missile
and lands like a UAV ...

meanwhile over at Roscosmos
they are working on that Krylo-SV
that takes off as a rocket booster ..... flies back like a cruise missile
and lands like a UAV ...

I understand that to be a reusable solid rocket booster, so you have a launch pad with maybe four of these rockets linked together that fire and lift something up into the air... perhaps a sounding rocket or something with two stages that travels into space or a much longer distance, but once the first stabge boosters have burned out they don't just fall to the ground, they deploy wings and fly to a nearby airstrip and land like a UAV so they can be reused repeatedly and hopefully cheaply.

Not really a UAV, more a self recovering booster rocket.

Note on the Space Shuttle the solid rockets were not recovered but the huge fuel tank was but they found the costs of recovering it and repairing the impact damage created when it hit the ground, it would probably be cheaper to just use new ones each time.

The solid rocket boosters were enormously expensive too but there was no point in trying to reuse those.

last I heard it was a small demo methane rocket engine and a 3D printed jet engine ... that I assume uses methane too
it actually seemed to be implying they might even try to 3D print the rocket engine too as is done with RocketLab in NZ think it is

the graphic shown by Katya Palush-something in her Tweet
you can see the 2x proposed methane rockets .... smaller one is the Krylo-SV

the graphic "CCO" they say via a small upper stage get 600kgs into sun-synchronous orbit
could be useful for Earth Observation type satellites
or future stuff to ROSS in similar orbit ?
or "fuel packs" for future space tugs ? ..... now there's an idea .... I like that idea

meanwhile in satellite launch market
competitor no doubt will be recycled ICBMs
apparently Rockot-M is on the way .... sans Ukraine bits

US makes "Ghost uav" for Ukraine

WASHINGTON — So-called “Ghost” drones that are part of a new $800 million U.S. arms package for Ukraine
were rapidly developed by the U.S. Air Force for Kyiv
and have similar capabilities as armed “Switchblade” drones, the Pentagon said on Thursday.

something tells me the fuel used by this UAV .... is either KY Jelly or Vaseline
whichever is at hand .... or on it ....