"What might be an Unmanned Aerial Vehicle is circling over the border between Turkey and Iraq.

Increasingly, military aircraft as well as UAVs can be tracked online thanks to the emissions of their Mode-S ADS-B-capable transponders. In fact, these aircraft do not broadcast their ADS-B data but their position can be determined by means of Multilateration (MLAT). MLAT (used by Flightradar24.com) uses Time Difference of Arrival (TDOA): by measuring the difference in time to receive the signal from aircraft from four different receivers, the aircraft can be geolocated and followed even if it does not transmit ADS-B data. This means that the majority of the aircraft you’ll be able to track online are civil airliners and business jets that broadcast their callsign, altitude, position and speed via ADS-B in a cooperative way to let ground stations and nearby aircraft aware of their presence, whereas military aircraft (like the U.S. Special Operations aircraft daily flying over North Africa) equipped with Mode-S ADS-B-capable transponders can be tracked even though they are not broadcasting their position, because they can geolocated with MLAT.

What is happening right now over northern Iraq is at least weird. A small aircraft or most probably a UAV, whose track appear to have originated from Turkey, is circling over northern Iraq, north of Mosul, being tracked by a feeder (a user with commercial off-the-shelf receiver available on the market) located in Erbil. What’s unusual is that the aircraft, provided it is a UAV, is transmitting its data in the clear for everyone to see. Usually, aircraft (either manned or unmanned) performing clandestine missions can be tracked thanks to MLAT and not because their ADS-B transponder is turned on…."

At least 27 Daesh terrorists were killed by the Iraqi army in the Iraq's province of Kirkuk, according to the military press service.

MOSCOW (Sputnik) — Iraqi army killed at least 27 militants in the northern country's province of Kirkuk near the site of the recent usage of chemical weapons by Daesh, the military's press service said Sunday.

Earlier in the week, Daesh terrorists have used chemical weapons for attacks on the northern Iraqi town of Taza in the province of Kirkuk that have killed a child and injured hundreds of civilians.

According to the military, Iraqi artillery shelled the Daesh positions near Kasbah Bashir settlement that were used to launch missiles rigged with toxic substances.

Kirkuk province has repeatedly been at the epicenter of fierce clashes between Daesh, which is prohibited in many countries, including Russia, and Iraqi forces since the jihadist group captured vast parts of Iraq in June 2014. 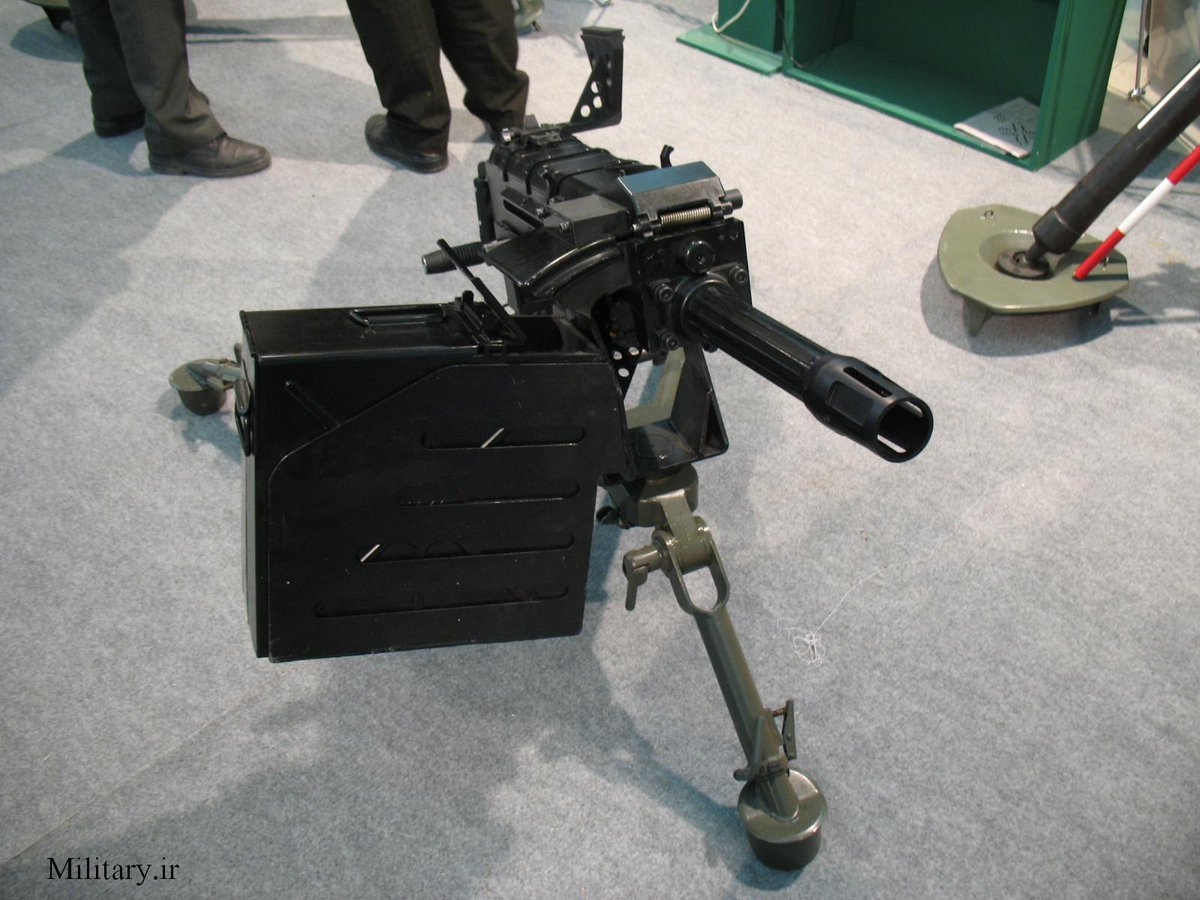 ISIS using mustard gas on these areas with devastating results.

The Russian Federation has transferred to the Kurds, five anti-aircraft guns and 20 thousand rounds of ammunition for them


RIA NOVOSTI. THE RUSSIAN FEDERATION HAS TRANSFERRED TO THE IRAQI KURDS 5 ANTI-AIRCRAFT INSTALLATIONS "ZU-23-2" AND 20 THOUSAND ROUNDS OF THE RUSSIAN CONSULATE IN THE IRAQI ERBIL 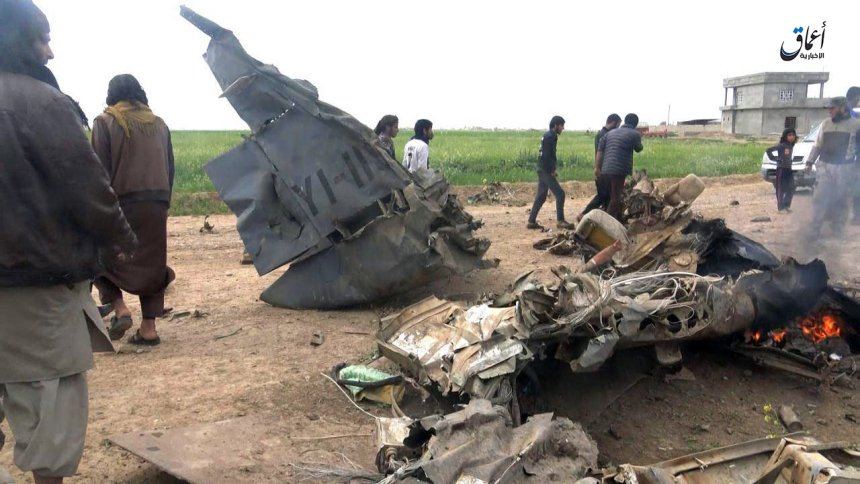 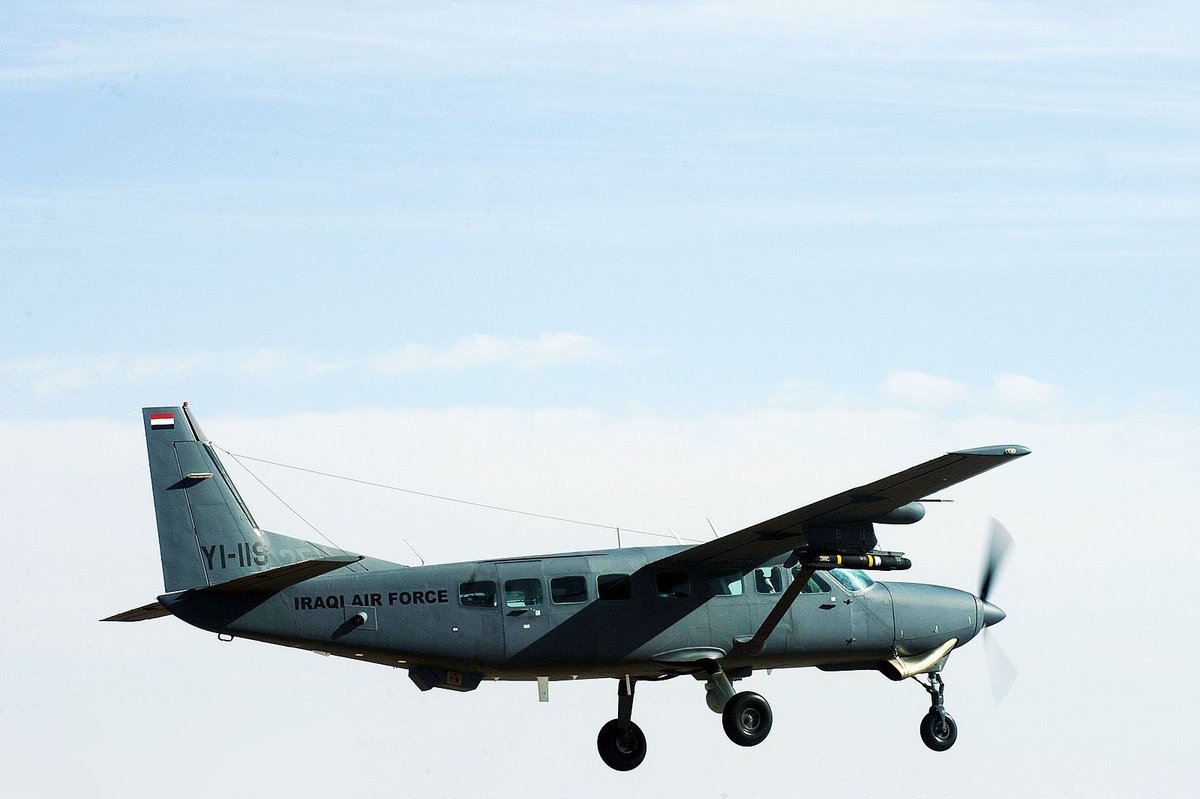 Who knows but now the numbers are 1,200 civilians affected.
Guest 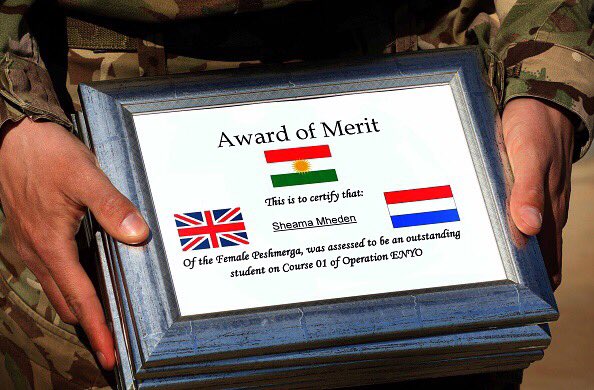 Good news if confirmed, but this guy has 'died' a few times.

Last week, Pentagon confirmed that Shishani, known as Omar "the Chechen," died from his injuries following a March 4 US-led coalition airstrike in Syria near the town of Shaddadi. He has been serving as an Daesh commander in Syria.

"Army forces found 10 bodies of IS terrorists during the clearing of Albu Obaid area east of Ramadi. One of them belongs to the IS commander Abu Omar al-Shishani," Alsumaria TV channel reported, citing Iraqi commander in Anbar Ismail Mahlaui as saying.

The Daesh is terrorist group that has captured large areas of land in Iraq and Syria, where it had proclaimed a caliphate. The terror group is outlawed in Russia, the United States and in several other countries.

On Saturday morning Marine Staff Sgt. Louis Cardin, a 27-year old artilleryman, was killed by a ISIS rocket attack on a previously secret forward fire support base in northern Iraq. Eight other marines were wounded by the onslaught. The news comes as the long awaited and extremely high-stakes “Mosul Offensive” is slowly taking shape.
The fact that Marines were forward-deployed to a fire base in northern Iraq had not been previously disclosed by the Pentagon. What is known is that American advisers and about 5,000 Iraqi soldiers and their equipment are massing in the farming village of Makhmour, about 60 miles south of Mosul, in preparation for the long-awaited attempt to take back the city from ISIS control.
The base is described as in an austere location with a “couple hundred” Marines living in tents, according to CNN’s sources. The site is said to be an artillery fire base setup to support allied forces heading toward Mosul and to protect Makhmour and the base, known as the Nineveh Operations Center, from ISIS attack.Makhmour is not known to be a highly secure location in the first place. ISIS fired artillery shells filled at least partially with mustard gas last year at the city when Kurdish forces were present there. Recently they were planning for another similar assault using chlorine gas.

CNN also reports that Marines are said to have moved from their bases aboard ships that are part of the Kearsarge Amphibious Ready Group to the area to set up the base about two weeks ago. It had only been operational for a few days before the deadly attack occurred. The Pentagon now says that they planned on disclosing the existence of the fire base this week.

It is pretty tough to not notice the arrival of a Marine artillery unit, test firing of their guns included. It is likely that ISIS scouts spotted the Marines doing just that before organizing the rocket attack. The enemy rockets are thought to have been launched from about nine miles away.

The Marines quickly executed a counter-battery artillery attack, although it remains unclear if it was successful at killing the assailants. There are also no details as to what counter-battery radar systems the Marines had on site, or if any sort of counter-rocket, artillery and mortar defensive system was in place to protect them from being exposed from such attacks.

The existence of a austere fire base staffed with Marines in northern Iraq once again brings into questions the White House’s steadfast claim that there will be no combat troops, or “boots on the ground” in Iraq, and especially none of the regular forces kind. The idea that a couple hundred Marines are living in tents in an area that has not only been attacked by ISIS multiple times, but it has even been gassed, sure seems to violate this proclamation and is a clear sign of overall mission creep.

Following the death of Staff Sgt. Cardin, the Marines are now pouring more forces into the area, although exactly how much more remains unclear. If this is a move to reinforce the Marines already at the fire base after the attack because they should have had more support in the first place remains unclear.

Cardin is the second American soldier killed in Iraq since anti-ISIS operations began there nearly 20 months ago.

The green cockpit on Russian and Soviet aircraft was selected for the same reason most books have white pages with black text.

By making the cockpit black it makes the instruments less visible as the dark colour reduces available/reflected light in the cockpit, while the pale green increases available light without the bright glare of a lighter colour like white.

The cockpit of the Mi-28NE is black because it effects NVG less with internal reflections inside the cockpit...
George1

The Defense Department continues to claim that there are only 3,800 troops deployed in Iraq, but new information shows that the number may be much higher as the US combats Daesh in Northern Iraq.

MOSCOW (Sputnik) – Russia is delivering arms to Iraqi Kurdistan on a schedule that is approved and coordinated with Baghdad authorities, Russia's Ambassador to Iraq Ilya Morgunov said.

"All issues regarding military deliveries to Iraq from the Russian side… are discussed with representatives of the federal Iraqi government in Baghdad or Moscow. The weapons are delivered to Iraqi customers as they are produced by Russian enterprises, in accordance with timelines outlined in contracts," Morgunov told RIA Novosti. "If we're talking about deliveries free of charge to Iraqi Kurdistan in order to strengthen the capacity of the Kurdish Peshmerga self-defense forces, this is done in coordination with the Iraqi government in Baghdad, where Russian planes arrive for customs procedures and to obtain consent to proceed to Erbil. The Kurds are primarily supplied with small and medium firearms and ammunition," he added.

Russian companies could expand their presence in Iraqi Kurdistan and this matter was discussed at a meeting with the autonomous region's President Masoud Barzani and other top Kurdish officials, Russia's Ambassador said. "Meetings have been held with President Masoud Barzani, Prime Minister of the regional government Nechervan Barzani, the leader of the Patriotic Union of Kurdistan and former President Jalal Talabani… Issues were discussed regarding delegation exchange in 2016 and expanding the work of Russian companies on the territory of Iraqi Kurdistan," Morgunov told RIA Novosti.

Iraqi Kurdistan is a region in northern Iraq, which became autonomous in 2005, following the US invasion of Iraq and the adoption of a new constitution. 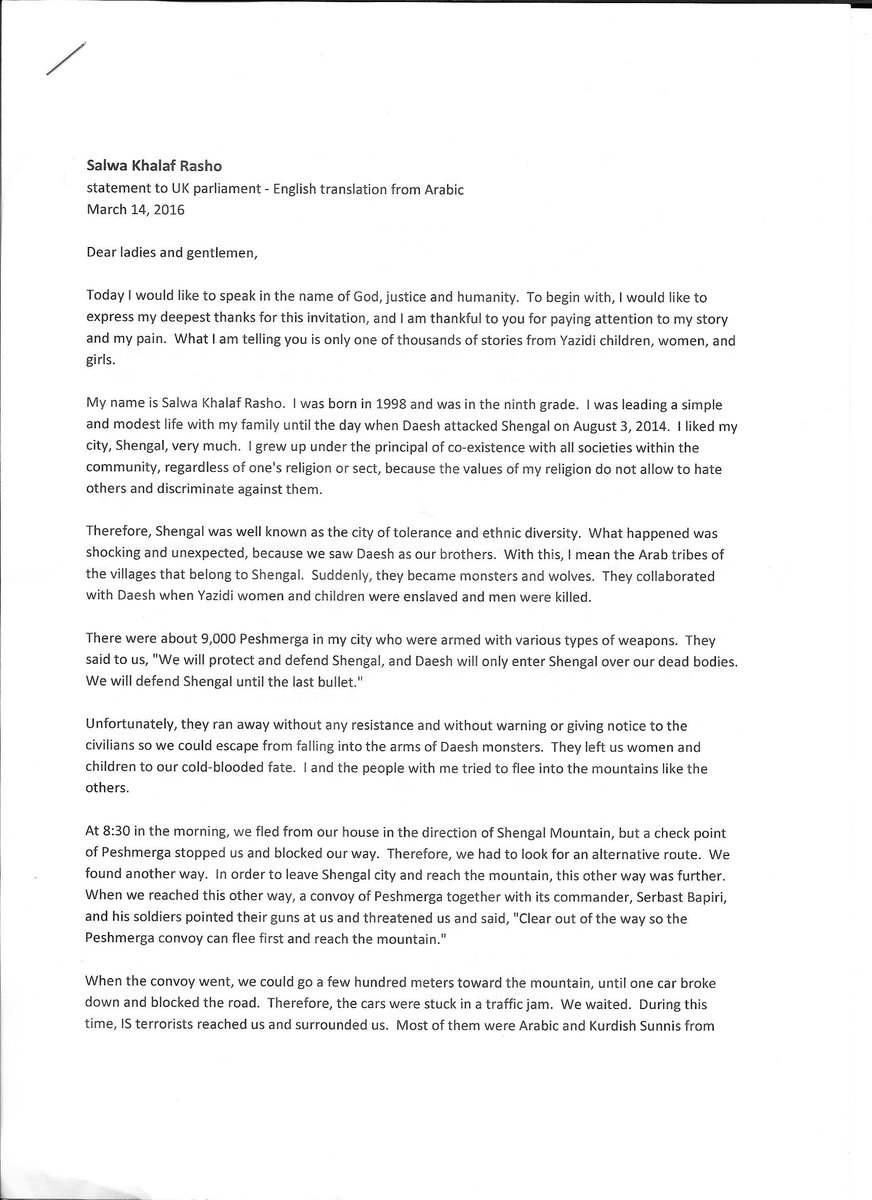 nobody mocks them though. they are the heroes that everyone in europe and usa bleats about... despite the southern iraqi army and PMU doing 90% of the fighting against daesh.
George1

sheytan whats is the role of peshmerga in this conflict against isis??
Sponsored content