higurashihougi wrote:What the hell is going on with the Danes ?

Easy now. It's not a bad law and she broke the law. One could argue to what extent YPG are good or bad guys, good enough or bad enough to have your own citizens joining their ranks. She had no legal mandate to be there, despite her government being friendly to the YPG leadership.

Does that means for EU and US, the Kurds are not reliable enough although both factions technically are in the same side ?

I can't read through the minds of political leadership in EU countries on the Kurdish issue in Syria. They seem to be positive towards them but to what extent they expect Kurds to serve their interests? If they expect them to fight against SAA in the long run, then it is a bad idea altogether.
higurashihougi

KiloGolf wrote:I can't read through the minds of political leadership in EU countries on the Kurdish issue in Syria. They seem to be positive towards them but to what extent they expect Kurds to serve their interests? If they expect them to fight against SAA in the long run, then it is a bad idea altogether.

Kurd's stance is quite opportunistic - mainly due to their vulnerable position. With the intervention of Russia, it is clear that the Kurds and their allies will seek help from Putin. At least SAA and Putin sincerely want to crush Daesh and Turkey while the West does not.
JohninMK

An actual MG42 in Iraqi Kurdistan 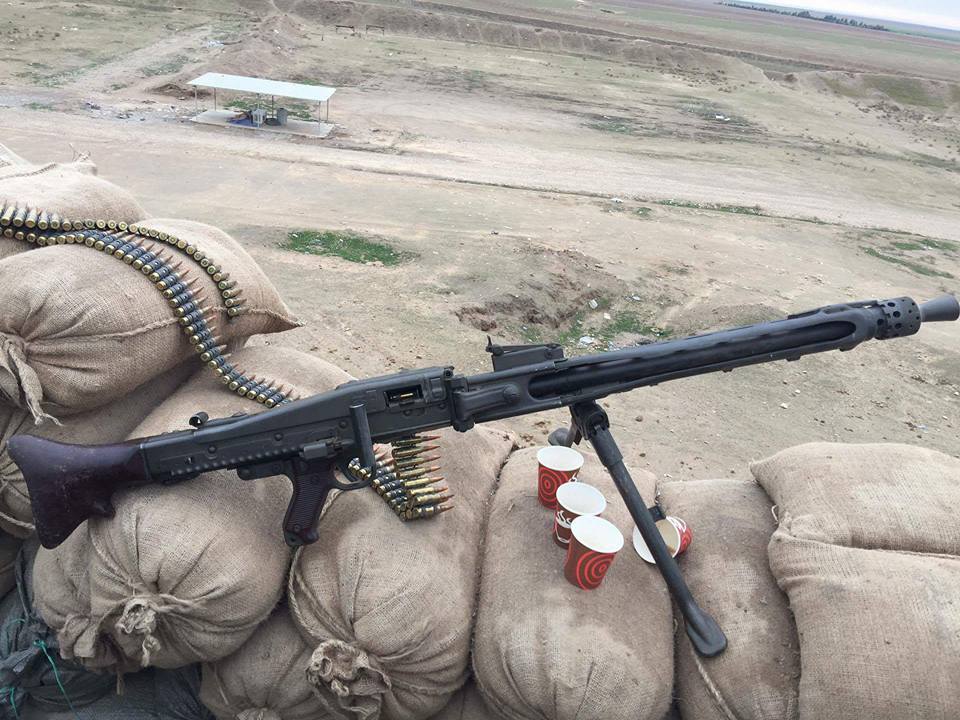 The desperation of the US is becoming palpable. They have ordered the Iraqi government to disband the volunteer Iraqi forces that are actually fighting Daesh/ISIS/whatever. Not surprisingly, the leaders of the volunteer forces object strongly - 'over our dead bodies' might be an appropriate translation.

The Iraqi military command opened two new coordination centers ahead of the operation to liberate the northern Nineveh province from Daesh terrorists, the spokesman of Iraq's joint military alignment told Sputnik in an interview.

BAGHDAD (Sputnik) — The country's second biggest city, Nineveh's Mosul, has been under the control of Daesh, since June 2014.

In January, Iraqi Defense Minister Khaled Obaidi said the battle for Mosul would take place in 2016 and would become the key operation in the fight against Daesh.

"A joint center, which includes Iraqi army officers as well as representatives of the US-led international coalition, was opened in Erbil in the [Iraqi] Kurdistan region. Its purpose will be coordination of counter terrorism fight and coordination in Nineveh after the start of the operation there," Brig. Gen. Yahya Rasul said.

According to Rasul, another command center for the Nineveh liberation was opened near the town of Makhmur in Erbil province.

The service personnel will be ready to begin the operation as soon as they have been equipped, the spokesman added.

Yes my friend. I don't know how I missed the quote bracket.
Iraqiya 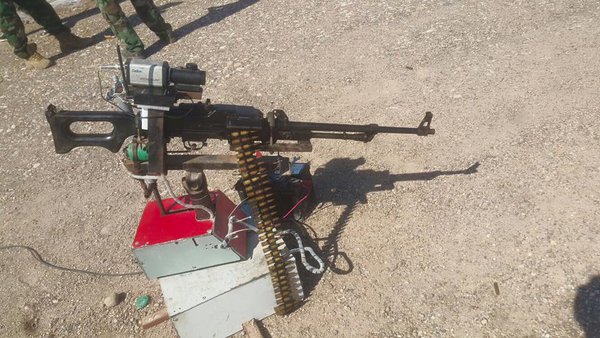 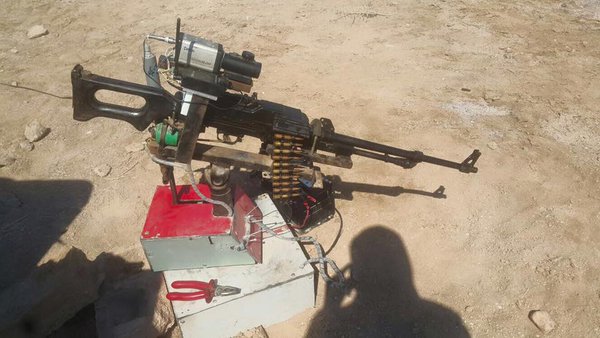 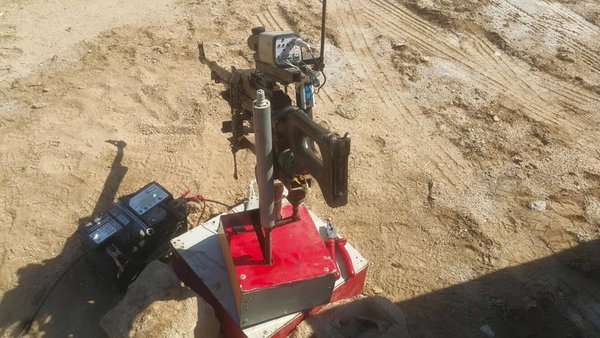 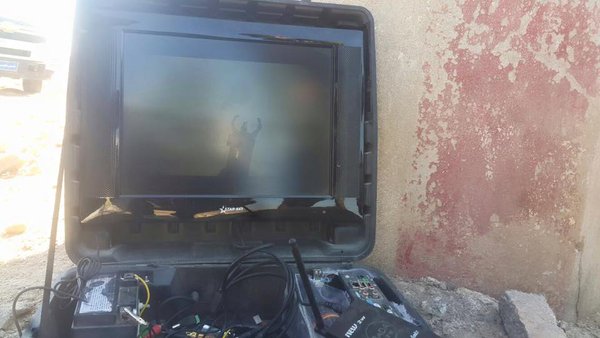 Advance? No.  But I give credit to the ingenuity of the whole thing.
George1

Iraqi officials have lost track of "highly dangerous" radioactive material. Authorities are desperately tracking down the missing materials, and are worried that it may have fallen into the hands of Daesh (IS/Islamic State).

Newly released documents describe "the theft of a highly dangerous radioactive source of Ir-192 with highly radioactive activity belong to SGS from a depot belonging to Weatherford in the Rafidhia area of Basra province."

Weatherford is a US oilfield services company, and SGS is based in Istanbul.

"We are afraid the radioactive element will fall into the hands of Daesh," a senior security official with knowledge of the theft said, speaking on condition of anonymity. "They could simply attach it to explosives to make a dirty bomb."

Sidestepping the complex fission necessary to create a nuclear weapon, a dirty bomb uses nuclear material in a conventional bomb format to contaminate an area.

Kept in a case roughly the size of a laptop, the material is considered a Category 2 radioactive by the International Atomic Energy Agency, and is used to test flaws in oil and gas pipelines. One official claimed that the case contained 10 grams of Ir-182 in capsule form.

There are currently no leads in the disappearance, and no indication that the material has, in fact, fallen into the hands of the terrorist group, but all evidence points to an inside job.

"[There were] no broken locks, no smashed doors and no evidence of forced entry," the official said.

Earlier on Wednesday, reports surfaced that Belgian authorities had uncovered video that proved the Paris attackers had "greater ambitions" of conducting a nuclear attack in Europe. Discovered during a raid on the apartment of one of the suspects, the video consisted of ten hours of secretly recorded footage showing the home of the director of a Belgian nuclear research program.

While a dirty bomb is the primary security concern, the material can also pose a risk by simply being left in a high-pedestrian area.

"If they left it in some crowded place, that would be more of a risk. If they kept it together without shielding," said David Albright, a physicist and president of the Institute for Science and International Security. "Certainly it’s not insignificant. You could cause some panic with this. They would want to get this back."

Counter-radiation teams have been deployed to oil sites, border crossings, and scrap yards in an effort to locate the stolen material, so have so far come up empty handed. Teams have also been dispatched to local hospitals to search for signs of victims suffering radiation poisoning.

Conflicting reports suggest that Iraqi tribesmen may have made significant territorial advances in the Daesh-stronghold of Fallujah on Friday after the violent extremists brutally assaulted a woman.

"The clashes started when dozens of Fallujah men stood against Daesh who started to beat a woman in a Fallujah market because she was not wearing gloves," said Sabah Karhoot, the chairman of the governing council of Anbar province, where the city is located. "Therefore, the men could not stand and do nothing."

The attack on the woman was carried out by Daesh’s al-Hisba arm, tasked with executing the religious strictures that the extremist organization imposes within the territory by means of taxation, beatings, torture, or death.

According to Karhoot, "In the beginning the tribesmen fought al-Hisba with their hands and knives, but after a while the situation evolved into armed clashes" between Daesh and the local tribesmen.

Governor al-Shaalan, along with the council of Anbar Province, openly called for a "tribal revolt" against Daesh in Fallujah, requesting that the Iraqi national government assist the tribesmen.

In contrast, the Iraqi Interior Ministry released a statement that Daesh recaptured the territory in question after regrouping, and further confirmed that the clash was initiated by the assault of the woman in the market.

Fallujah, a city of 300,000 residents just 43 miles from Baghdad, has remained under Daesh control since January 2014. Middle East analysts speculate that the tribesmen, the primary resistance in Fallujah against Daesh, are affiliated with al-Qaeda and actively oppose the Shia-led Iraqi national government, highlighting the complex sectarian divides within the war-torn country.

The most horrific battles during the US-led invasion and subsequent occupation in Iraq occurred in the battle-scarred city of Fallujah. At the toppling of Saddam Hussein’s regime many Sunni Muslims, some extremists and some Baathist loyalists fled Baghdad to avoid persecution.

Prior to the establishment of a functioning government, Sunni Muslims, both moderate and hard line, were systematically attacked by the Iranian-supported Shia militia, the Mahdi Army. Many Middle East pundits argue that this power vacuum and subsequent persecution facilitated the radicalization of the previously moderate Baathists. This reality complicates assessments of whether tribesmen and regional anti-Daesh rebels should be considered terrorists, and whether it is appropriate for Western governments to arm, fund, and support these anti-Daesh forces.

The Iraqi war on ISIS (English Subtitles Only)

Hey guys this thread is for translated content only so we can all have a better understanding of the guys that are fighting ISIS in Iraq. If you guys want Russian subtitles added to all the videos please post here because I am not sure on how much demand there is but I can contact some people to see if we can make this happen.

First video to get the ball rolling & continued updates hopefully as ISIS continue to lose more and more.

Abandoned houses, shelled vehicles, and ruins everywhere were the desolate remains of cities and towns that an RT crew witnessed while flying over areas ravaged in the war with Islamic State militants in Iraq. 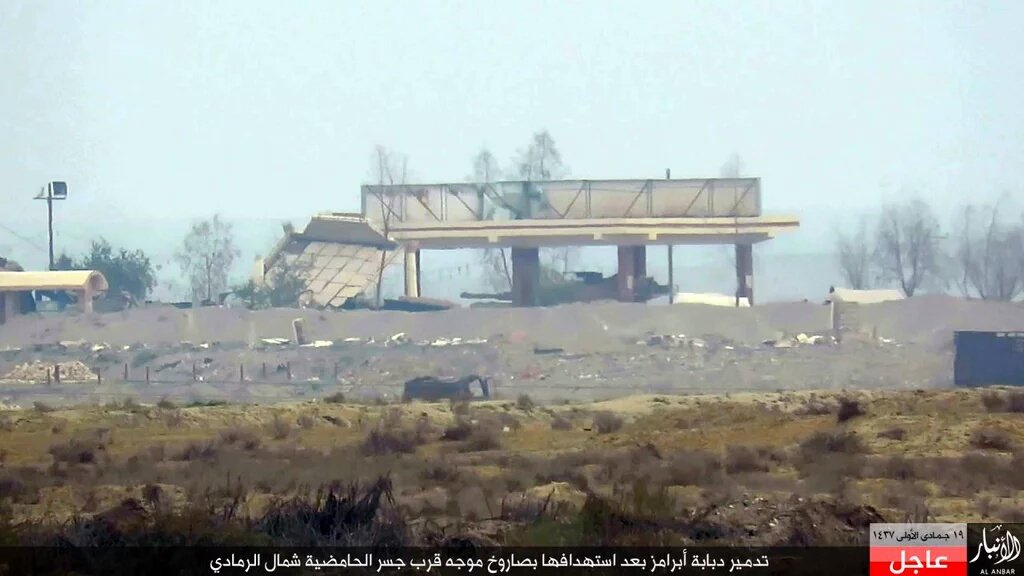 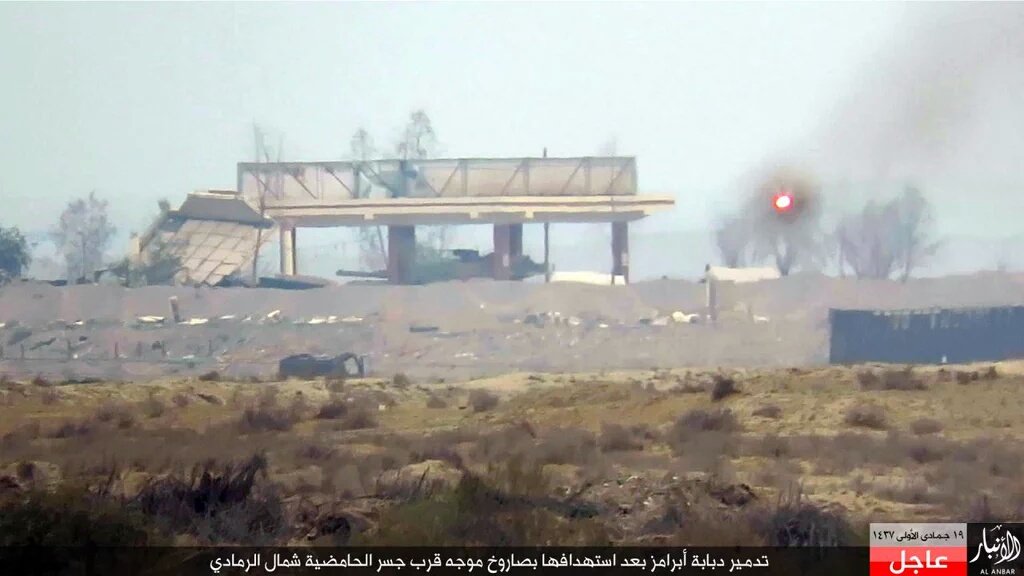 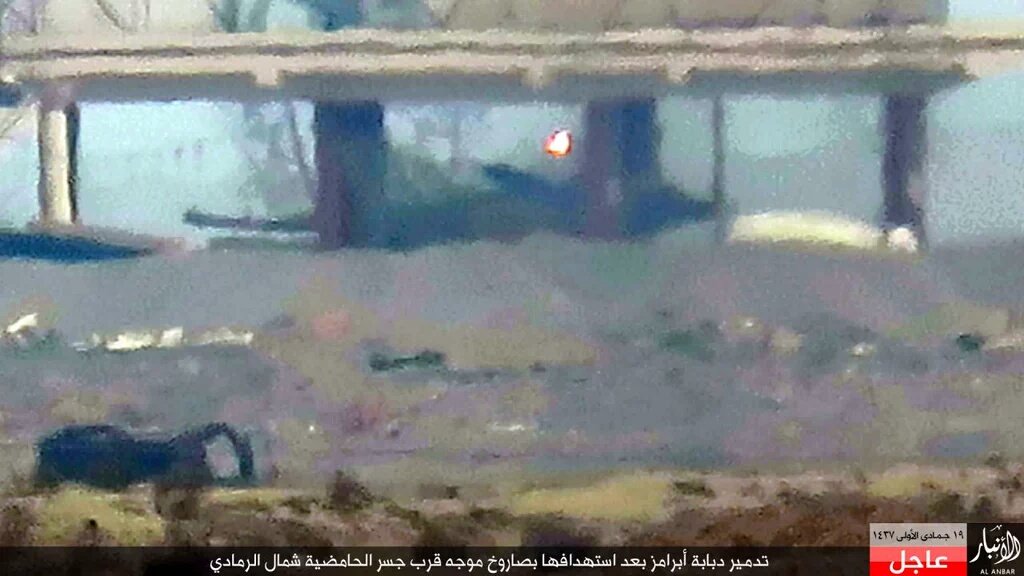 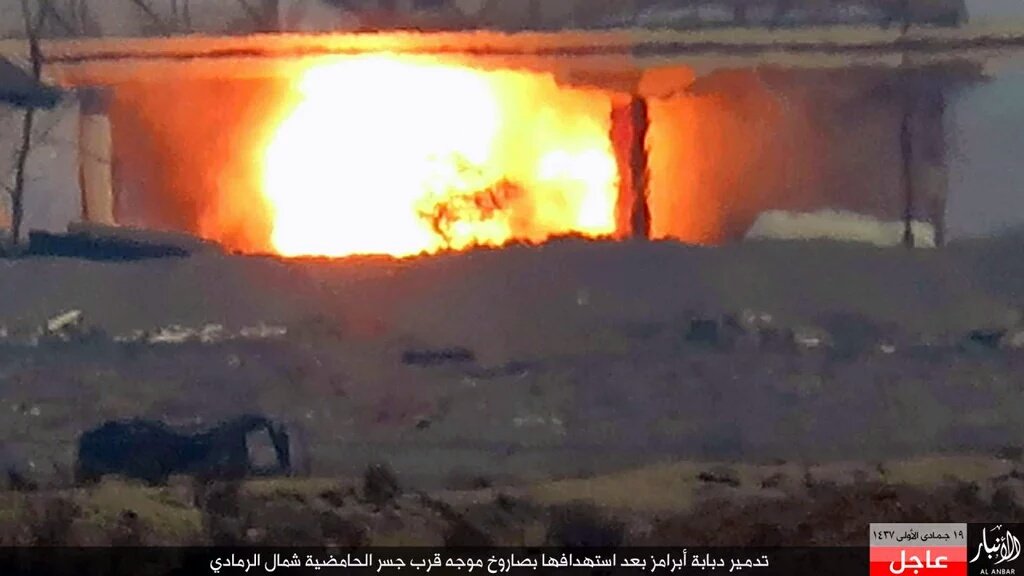 Seems like ISIS got another Abrams in Iraq
Guest