I notice that there is a SP 152mm weapon on the diagram as well as the tube and rockets.

Not sure what the actual word is but is this unifying 'divisional' artillery assets whilst other 122/152mm barrel and tube artillery at the 'front' works directly at a more tactical level?
Hole

I'm surprised no one is talking about the new "The INF Treaty is dead" TEL in the upper left corner. It looks like 6 tube launchers for Kh-101/102's. 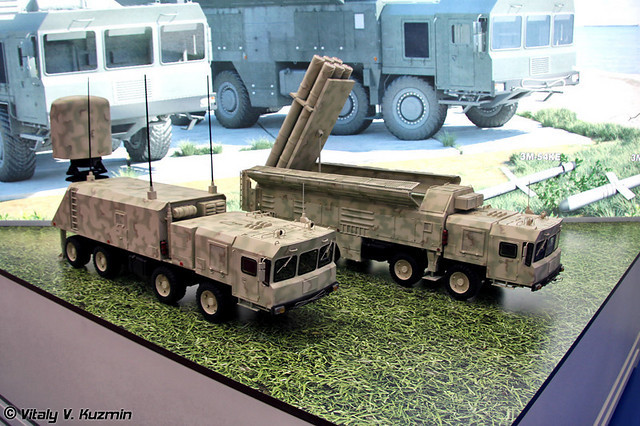 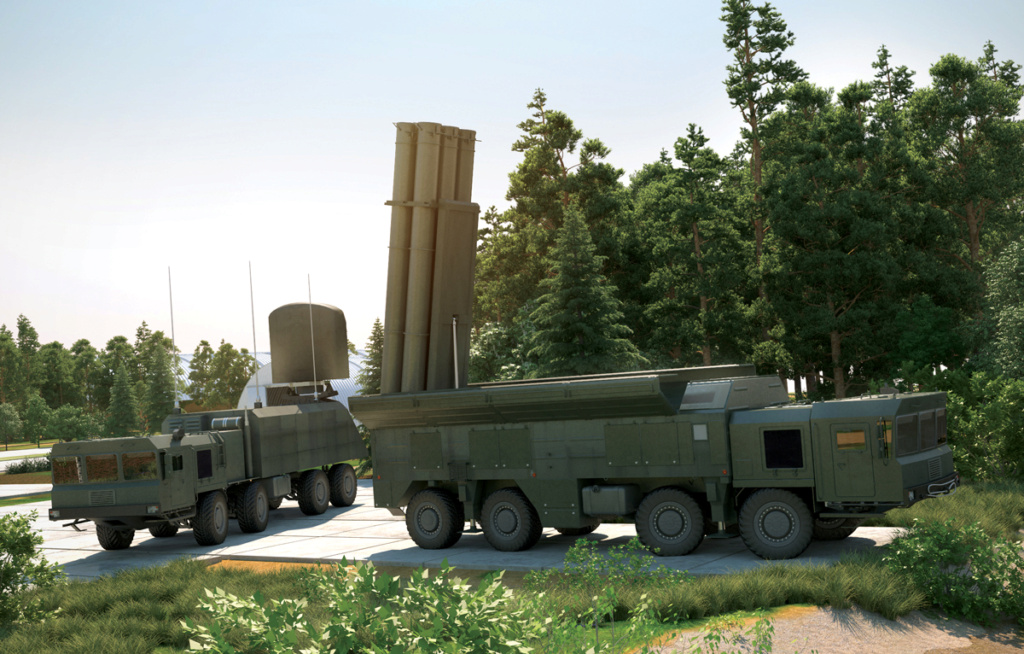 Started as a version of the Bastion "coastal" defence complex. Now with brand new capabilities like a 5.000km+ cruise missile or hypersonic missiles thanks to the stupidity of the american "leadership".

Holy shit, it's actually real! Thought they were still working on it and didn't have a full working unit.

So it's just Calibr cruise missiles or what missiles?
LMFS

This is the Klub something isn't it? So yes, basically Kalibr, but this time not toy-level range of export CMs but the real deal...
LMFS 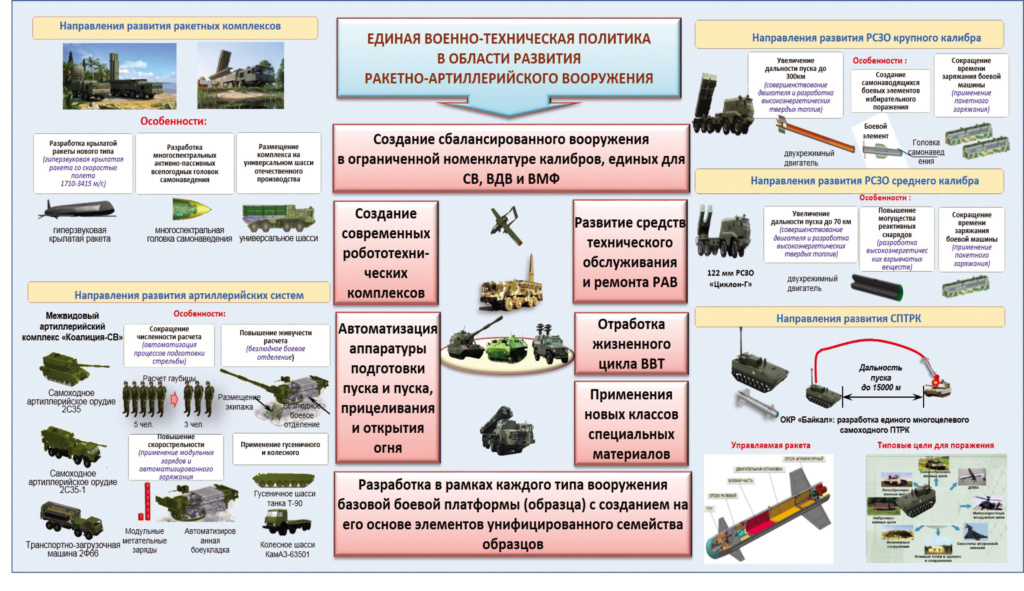 Do we have a picture that can be read? If yes, I will upload the translated version here

miketheterrible wrote:Holy shit, it's actually real! Thought they were still working on it and didn't have a full working unit.

So it's just Calibr cruise missiles or what missiles?

The enhanced and enlarged trailer/cabin TEL has been around for close to 2 decades, and even if you look at the current TEL for Bastion/Iskander-K the missile count was never fully 'optimized' and could allow for at least a third missile, just look at the Indian version of Bastion for Brahmos. 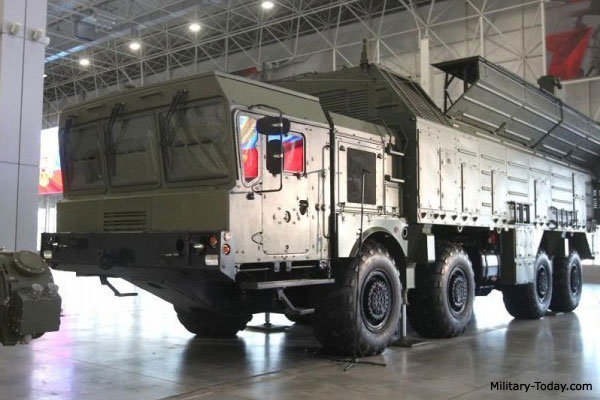 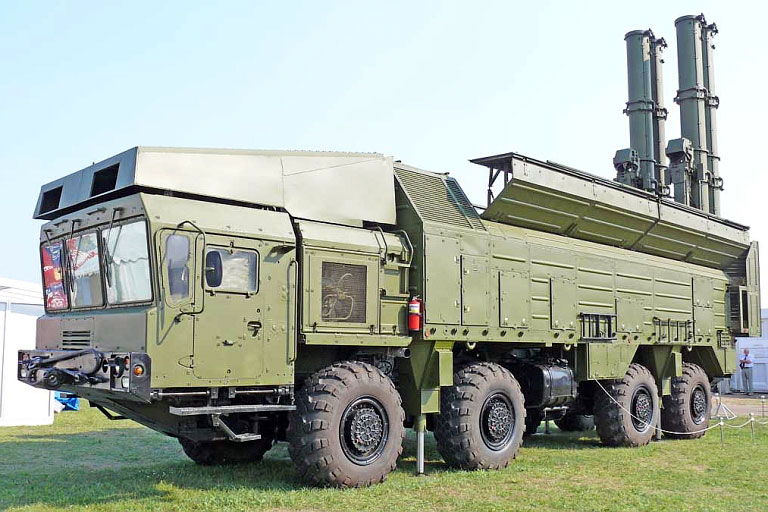 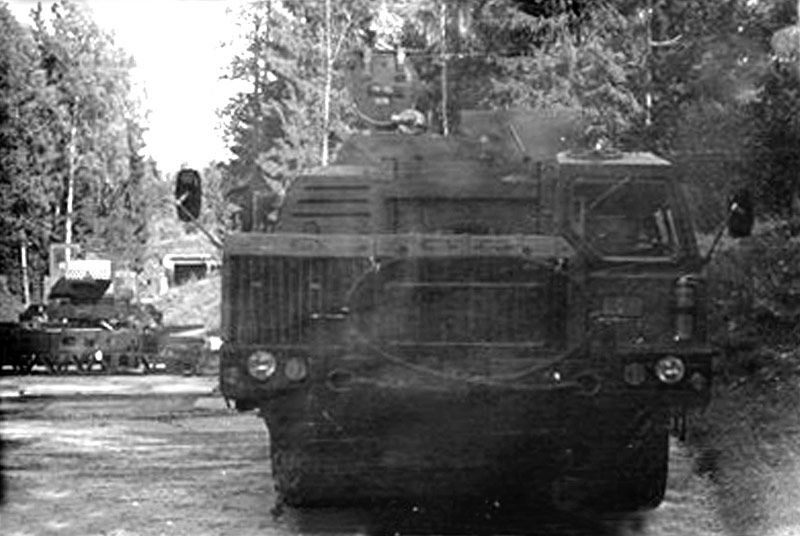 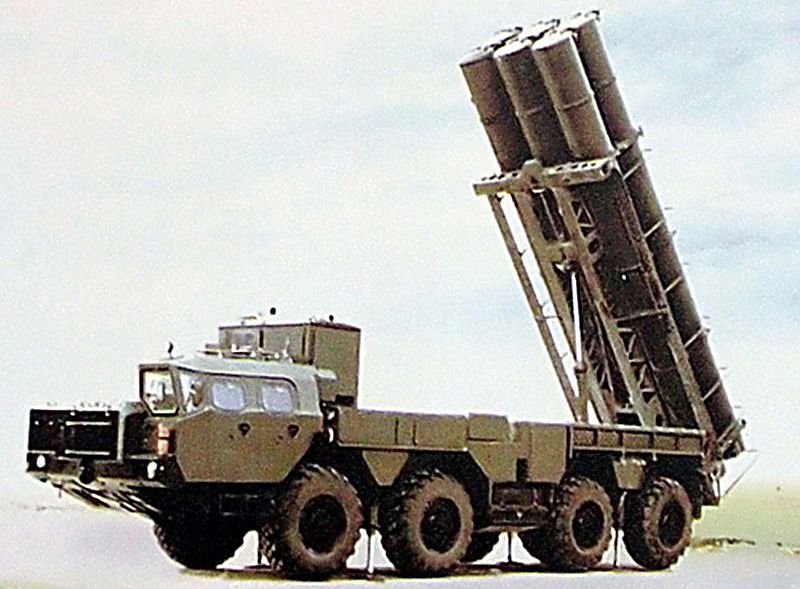 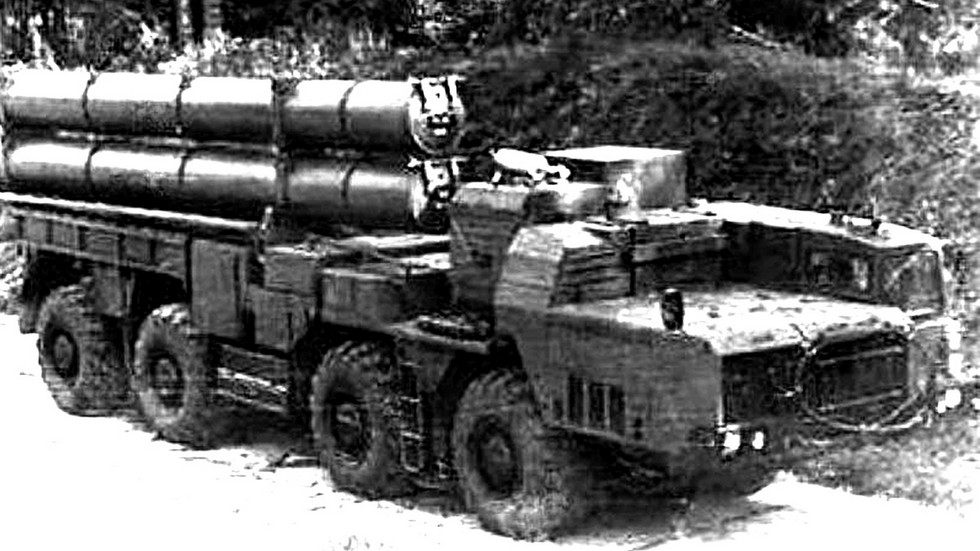 So land zircon? translate did not help completely.

Not sure what the actual word is but is this unifying 'divisional' artillery assets whilst other 122/152mm barrel and tube artillery at the 'front' works directly at a more tactical level?

I assume it means they share target detection and management and control systems.... so the ground forces will call in a target and coordinate marking the target perhaps with a laser or indicating a GPS coordinate and then the communications and management of the artillery force will look at the type of target and what artillery assets they have nearby which would include being able to tell what ammo they have available... for instance a target that is an enemy airfield that is 100km away from the nearest Smerch battery with concrete piercing cratering munitions, would allocate that particular SMERCH battery to launch an attack on that airfield... simply because the cratering munitions will destroy the runway more efficiently and effectively than other available artillery could.

If the target is a pickup truck with a HMG on the back that is firing on friendlies then they might pick a nearby 152mm gun battery with a laser homing Krasnopol round with a nearby drone to mark the target with the command centre coordinating the firing of the round.

The Krasnopol guided artillery shell is a bit like the US copperhead, but the Krasnopol has a cover over its optical nose sensor... as the round approaches the target area the cap is ejected automatically and a signal is sent from command to the drone watching the target to tell the drone or ground spotter to start marking the target with a laser... the shell acquires the target and impacts it directly.


So land zircon? translate did not help completely.

Even if they are old cruise missiles with the double conventional warheads, they would still be very useful weapons against a wide range of targets.

They could make them in large numbers and when they want to load ground launched Kh-101 4,500km range missiles and no one would notice.

They have every right to put any missile they like in those tubes because America gave them that permission when they blamed Russia for breaking the treaty and then leaving said treaty.

Putin has said that they wont break the INF treaty till the US does... well 16 days after they left the treaty they tested 1,600km range Tomahawk missiles from their AEGIS Ashore facility in Poland so the glass ceiling has been broken... they can effectively design and make anything they like with a clear conscience.

The huge advantage is that if some time in the future the west comes to its sense and begs the INF treaty is reinstated they have the old missiles wiht the double conventional warheads that already comply and any new Zircon or Kh-101s they put on mobile launchers can be sent to the Navy for fitting into UKSK launchers so they would not have to scrap any missiles... no wasted money like there was when they scrapped SS-20 and SS-23 missiles due to the INF treaty.

So it looks like the top-attack ATGM previewed 3 weeks ago can be range boosted with either the Tornado-U/S derived rocket. We know this ATGM has the top-attack function, but the question is what's it's diameter? The diameter of a ATGM is an actual critical feature, just look at the 152.4mm diameter Kornet which has 1,400mm of penetration. That is incredibly powerful as it is! I'm guessing the top attack ATMG is using the Tornado-U rocket, which is 220mm, and if the rocket is Tornado-S than that would be 300mm. A 220mm HEAT warhead would be absurdly overpowered for a anti-armor weapon, and at 220mm it could easily eat through 2,000mm perhaps even approaching or even meeting 3,000mm of penetration, and a 300mm HEAT warhead could eat through 4,000mm or even 5,000mm of RHA. Those figures would be doubled against concrete, keep that in mind.

Those figures would be stupidly overpowered and unnecessary being used against armor, and that would hold doubly true when you realize it's a top-attack ATGM. I suspect it'll use instead a general purpose He-Frag and or a thermobaric warhead. Now a 220mm or even a 300mm HEAT warhead could still have a very useful niche use as a weapon against hardened bunkers, in which a 300km range makes it a useful and probably cheaper alternative than using bunker buster bombs. 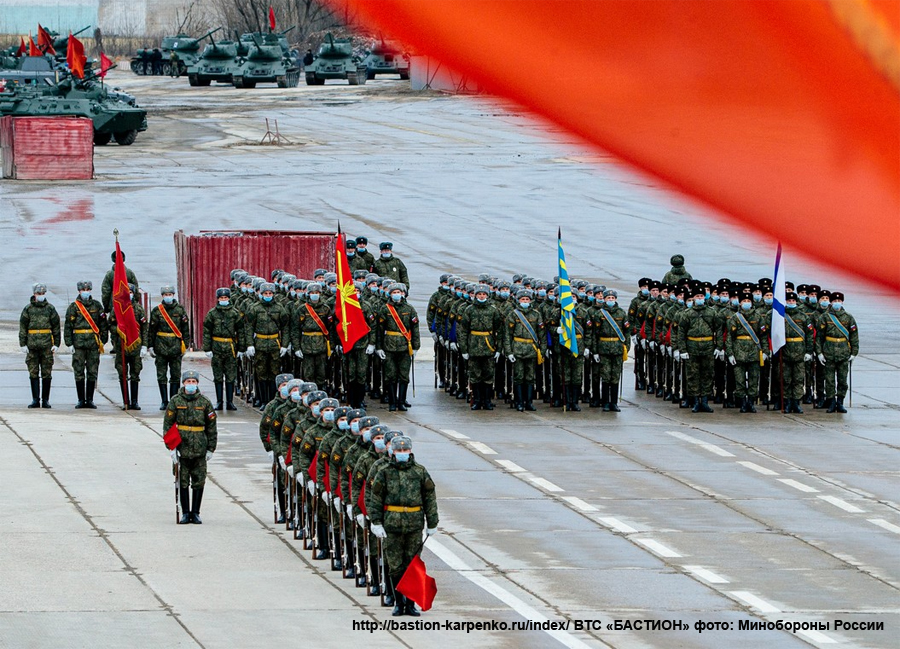 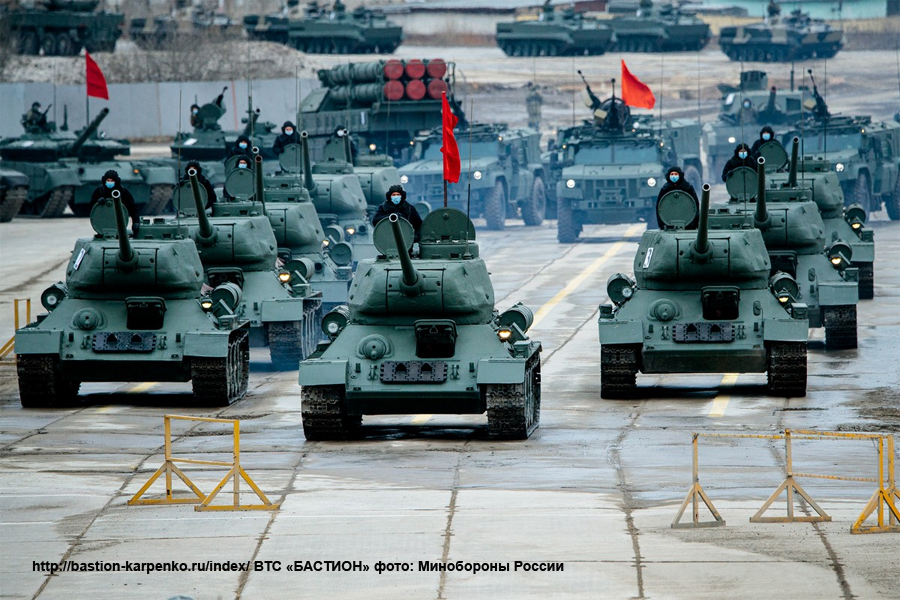 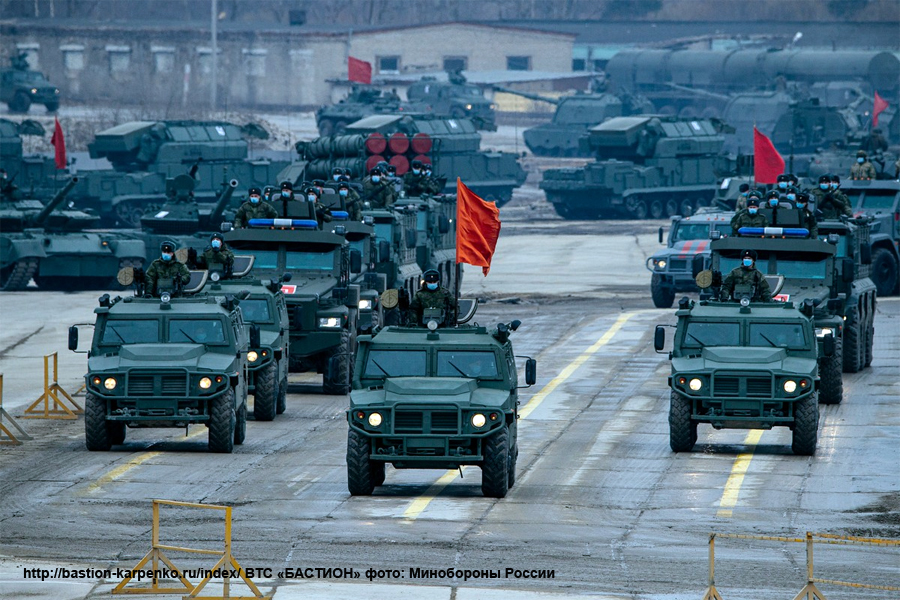 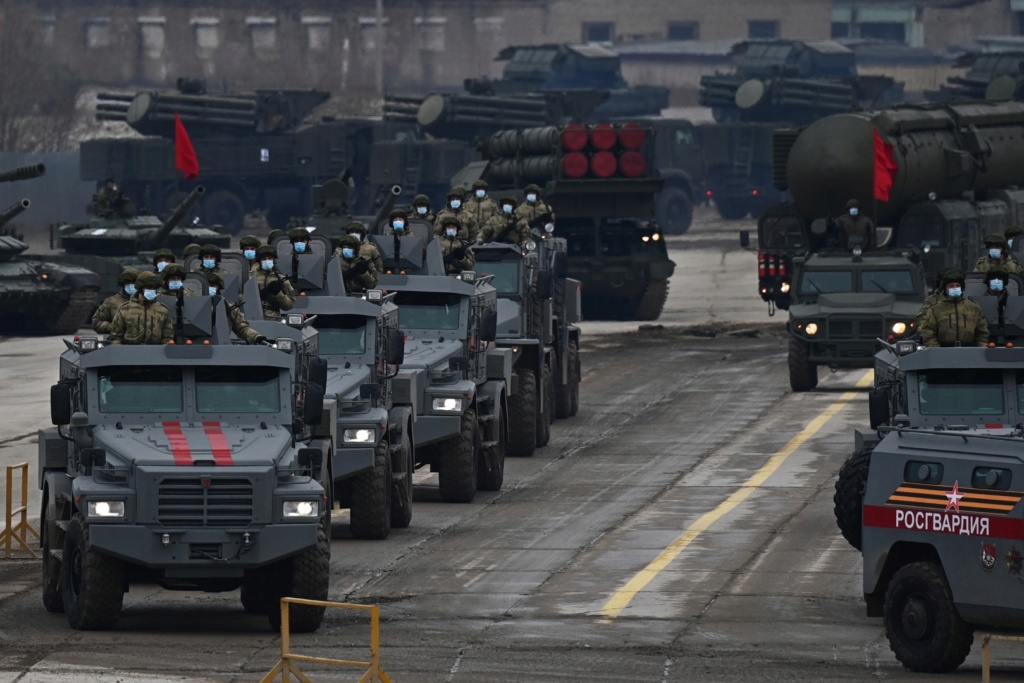 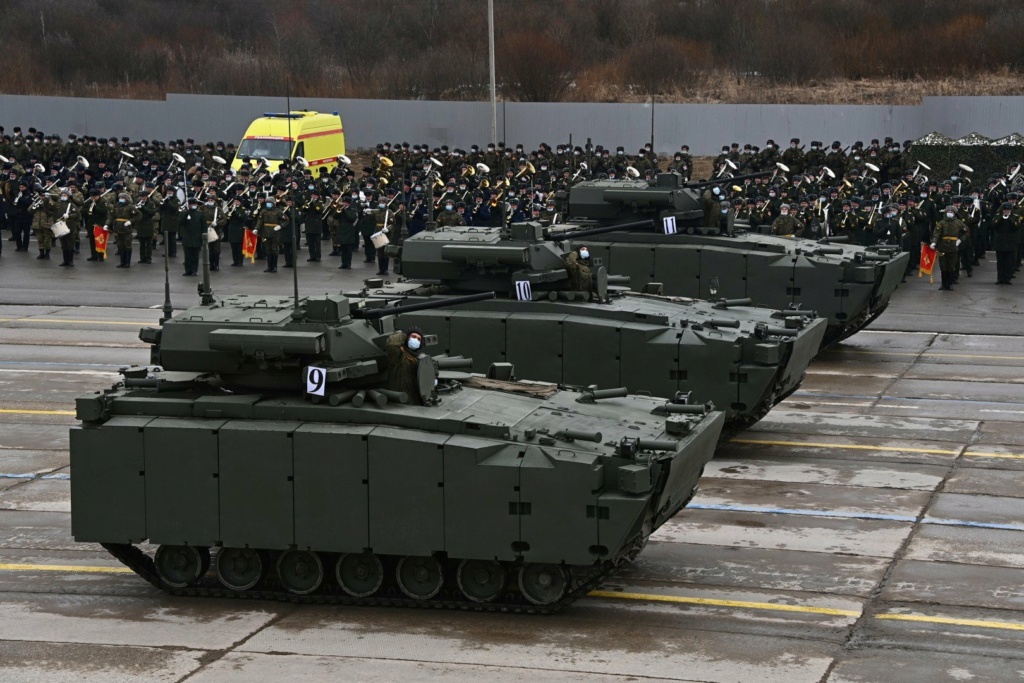 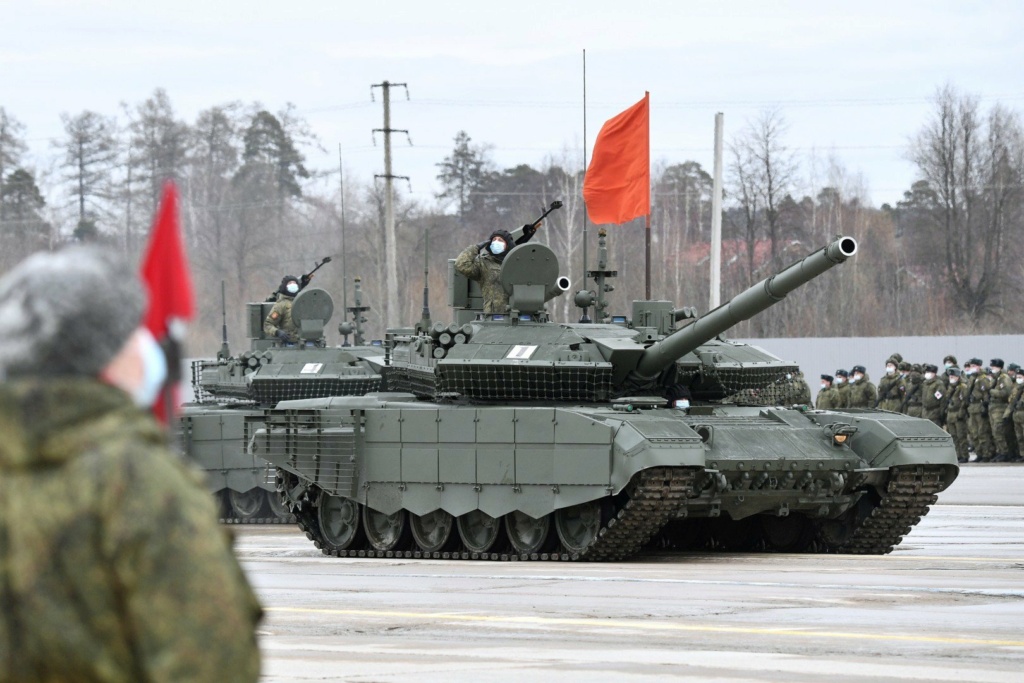 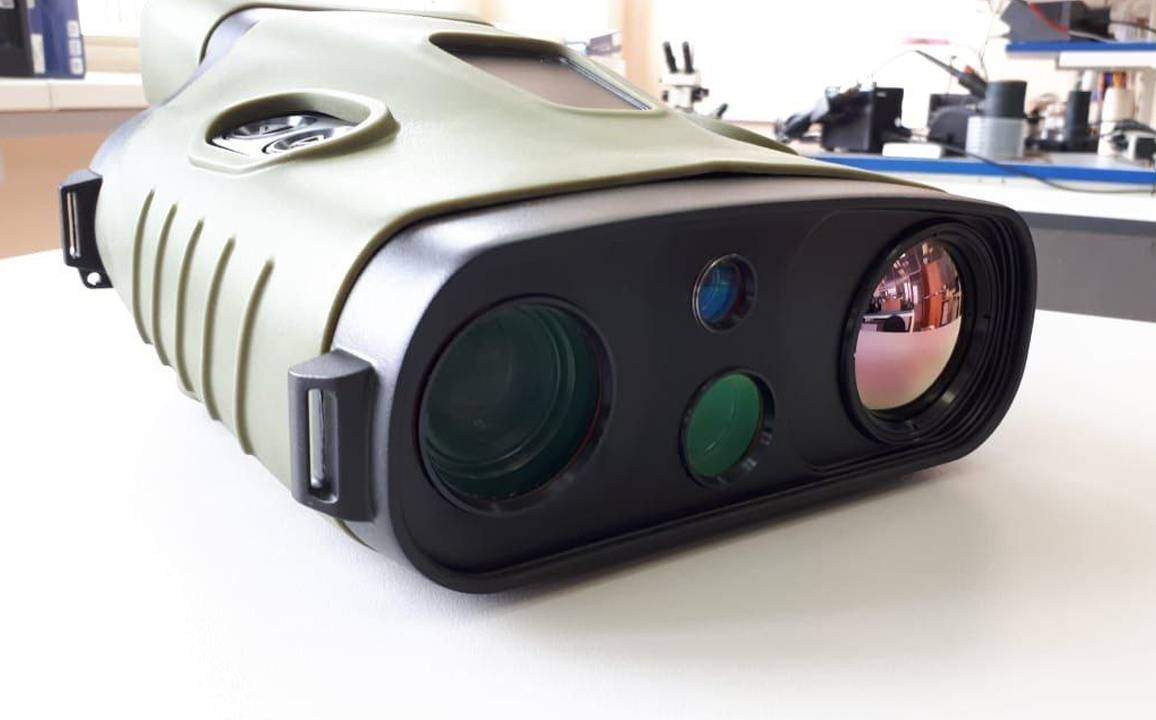 New combined optoelectronic observation and reconnaissance devices intended for special forces have been developed by specialists from TsNII "Cyclone". This was reported in a press release issued by Rostec.

The new device makes it possible to recognize people and equipment at a distance of several kilometers, regardless of the time of day and weather. It is produced in two versions: "Sych-PR-S" medium-range and "Sych-PR-D" long-range. The device itself combines the functions of a thermal imager, TV and laser rangefinder and is equipped with a digital magnetic compass with a satellite navigation system. The laser rangefinder works at a distance of up to 5 km.

The difference between the devices lies in the thermal imaging channels.

- said in a statement.

Thus, the declared detection range for the "long-range" version is 3 km for a person and 4 km for a passenger car. For the "medium" version - 1,5 and 2,5 km, respectively.

At present, the SYCH-PR devices have passed the stage of factory tests and passed to acceptance tests. Serial production is scheduled to begin before the end of the year.

Both devices are part of the Sych line of electronic optics manufactured by the Cyclone Central Research Institute. 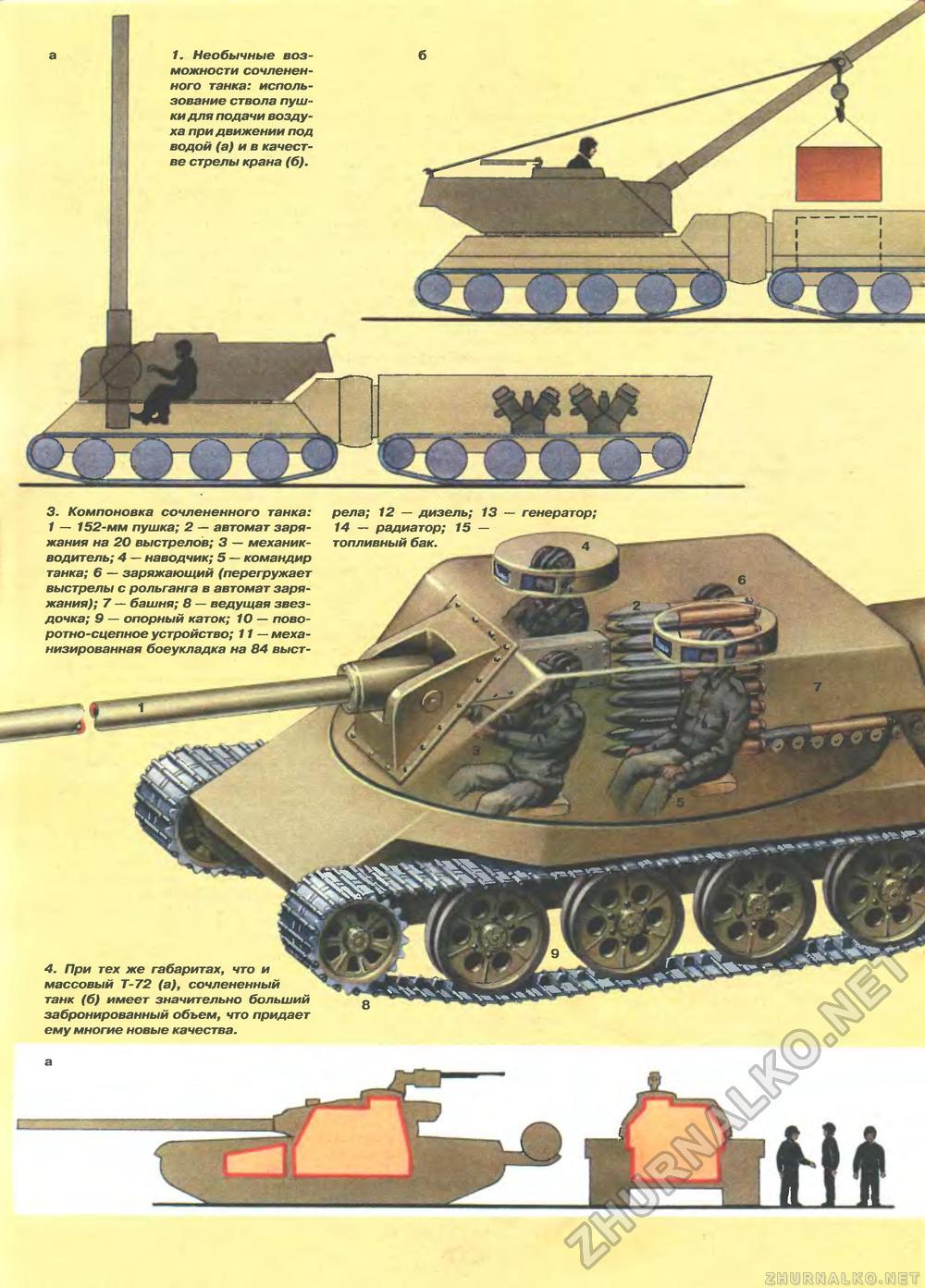 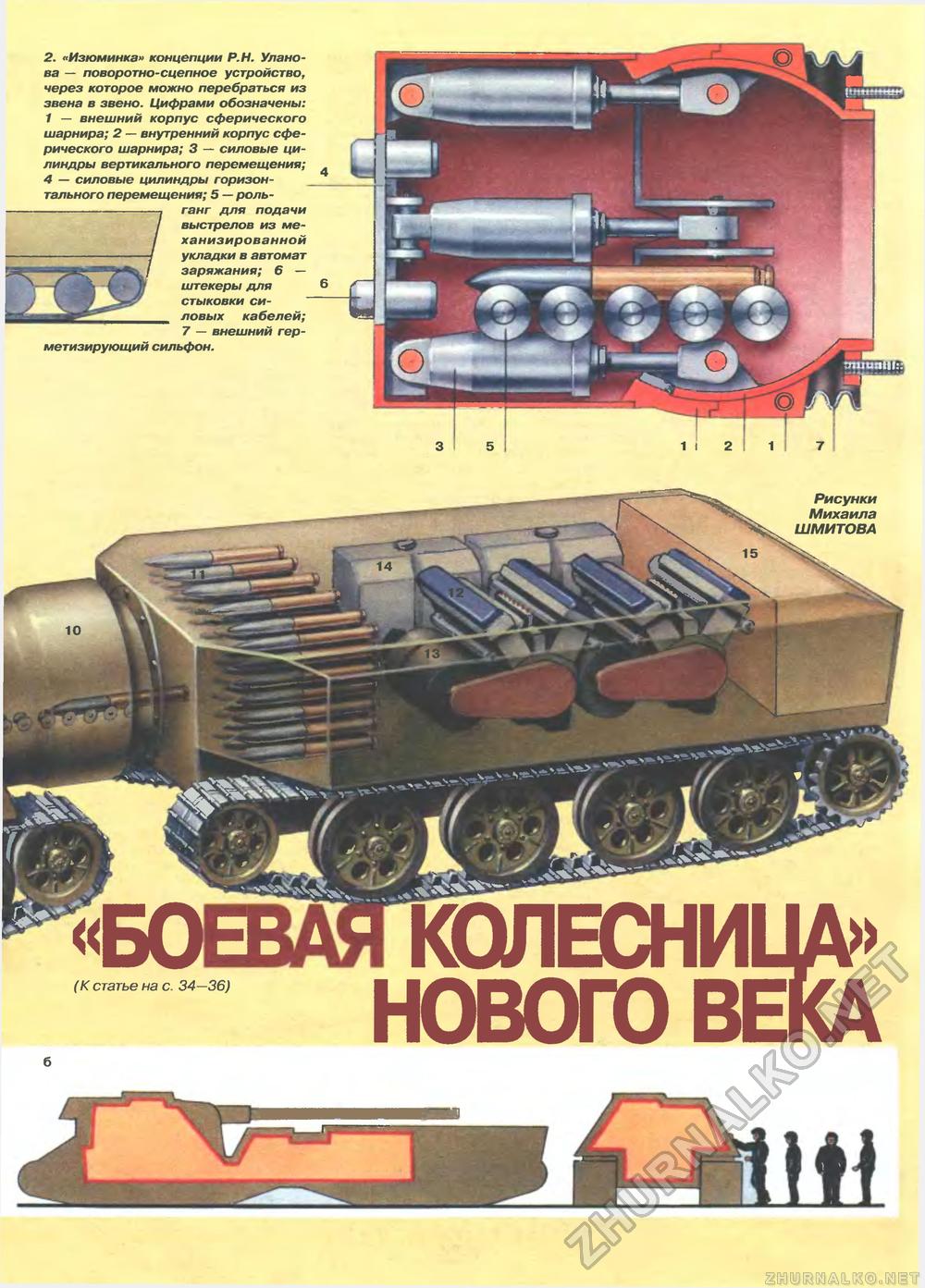 Well, well, Ukraine and the Law of Unintended Consequences

JohninMK wrote:Well, well, Ukraine and the Law of Unintended Consequences

JohninMK wrote:Well, well, Ukraine and the Law of Unintended Consequences

It's not a regiment and hasn't been for a while, it's a separate brigade that operates independently of any divisions. Leave it to Twatter to butcher the details.

So I would think a Recon Bat maybe composed of 2 companies or so would be quite fitting.
franco

Most brigades including the Air Assault ones upgraded from a recce company to a battalion over the past 5 years. My understanding is it comprises 2 recce companies and 1 Elint company. However they are saying the 56th will be downsized to a regiment. Time will tell.
franco

Russian tankers serving on the Kuril Islands will switch to new tanks . Major General Vladimir Belyavsky, the commander of the 68th Army Corps of the Air Defense Forces, spoke about this. Instead of the modernized T-72B3 tanks currently in service, the T-80BV will be delivered to the islands.

The Defense Ministry explained that the replacement of tanks is carried out to "increase the combat capabilities" of units on the islands. In addition, almost all Far Eastern tank units and subunits have been receiving T-80BV and T-80BVM tanks for a long time. According to the military, this tank is more suitable for the climatic conditions of this region.

The T-80B tank and its modifications were produced at Omsktransmash JSC from 1979 to 1991. The last modification was the T-80BV tank, which was adopted by the Soviet army in 1985. Currently, the troops are supplied with the MBT T-80BVM - a new version of the modernization of the tank, also developed in Omsk.

NOTE: another change in plans. Perhaps it will be best to wait for the movie...

It seems to take months to get NATO forces into place for their exercises.

GEROMAN -- I fell in love with #NATO -
@GeromanAT
·
4h
Russia has shown how ready they can be - the readynes test was for NATO - and all they could do was whining and crying "Russian Aggression" so it was clear who failed the snap test.

Liveuamap
@Liveuamap
· 4h
98th Guards Airborne Division to Ivanovo, 76th Guards Air Assault Division to Pskov, quite far away. Though, nature of airborne troops - to be deployed in short notice far away. Yesterday they were moved in few hours from Engels 1000kms to "combat" in Crimea 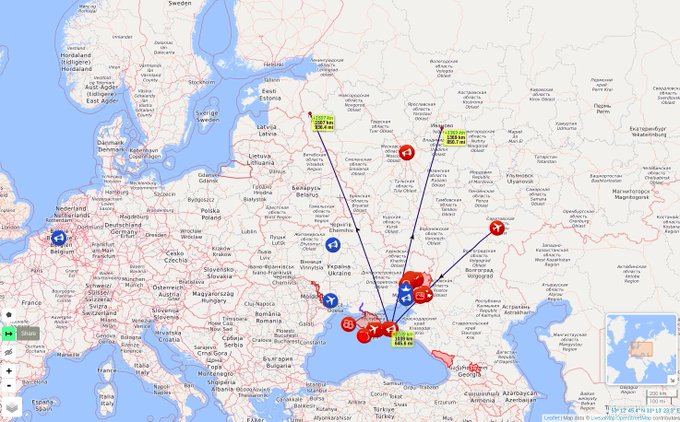 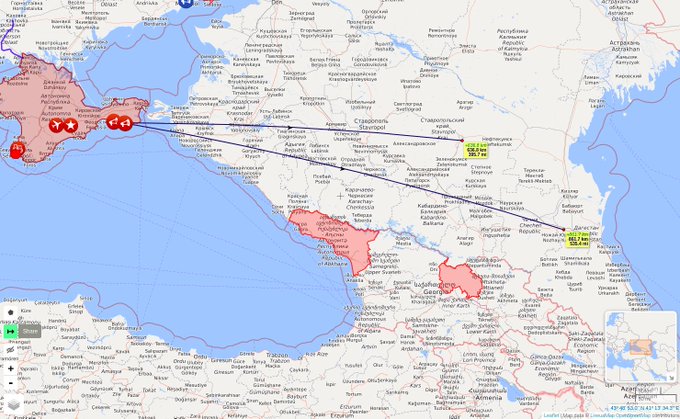 20th MRD units are supposed to be deployed in Volgograd and Kamyshin, Izvestia reports.

20th MRD units are supposed to be deployed in Volgograd and Kamyshin, Izvestia reports.

I have been expecting this. The 56th Air Assault regiment was originally one of the 20th units and with their transfer to Crimea, their old base will be free for 20th Guards units. To be completely honest, I  was expecting the 56th to go to the Central District and with the 31st Airborne form another Airborne division (104th).