"The KamAZ-5350 Mustang trucks have also joined the ranks of automotive equipment. Vehicles of this family are notable for high maneuverability," the statement reads.

The hull of the KAMAZ-53509 is based on steel armour to provide mine protection STANAG 4569 Level 3a (8 kg blast mine 3a – Mine Explosion pressure activated under any wheel or track location) and Level 3b (8kg Mine Explosion under center) and Level 3 for ballistic protection (protection against 7.62×51mm AP (WC core) at 30 meters with 930 m/s). 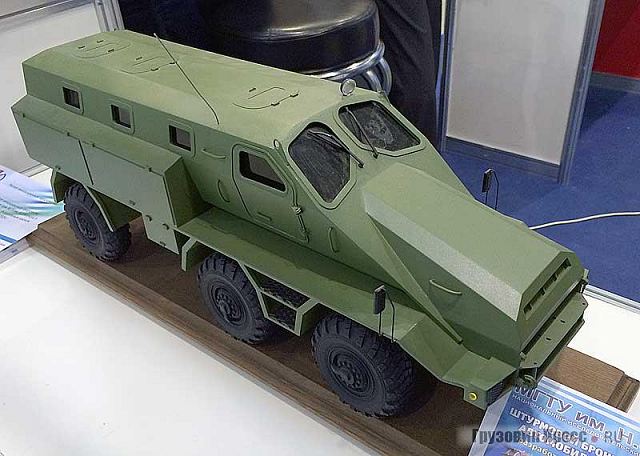 The 6x6 version can carry a total of 18 people including driver and commander with an internal volume of 10m³. In ambulance configuration, the vehicle can be fitted with 8 stretchers.

The overall dimensions of the new KAMAZ-53509 is 8.5m x 2.5m x 2.91m offering the possibility to use the vehicle on public road without any restriction. The vehicle can negotiate gradients up to 31° and fording depth of 1.75m without preparation. 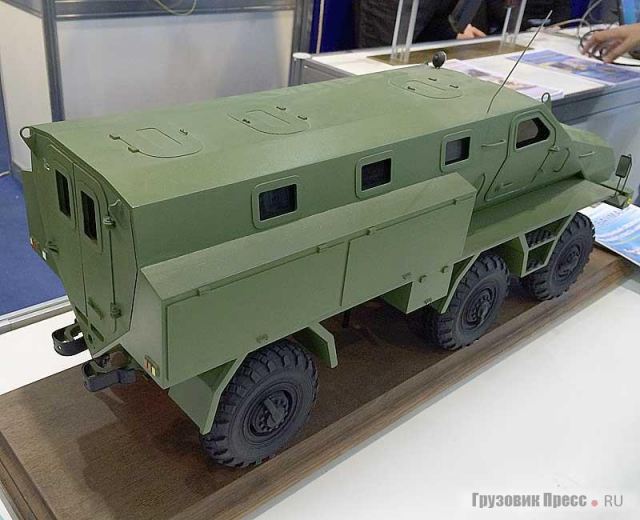 The Company Remdizek has also manufactured the BMP-97 Vystrel based on Kmaz-43269. The BPM-97 4x4 wheeled multipurpose armoured personnel carrier was developed by Russia-based company Kamaz (Kamskiy Avtomobilny Zavod) for the Russian Army and security forces."

By virtue of secret details of the tactical and technical data "intriguers" were not disclosed, but we know that it can track a variety of enemy targets at a distance of 12 kilometers.

"Russian UralVagonZavod (UVZ) has developed the TMM-6 heavy bridge system intended to be used with the MTU-90M armoured vehicle launched bridge (AVLB), according to a source in the company. The TMM-6 bridge is based on the MZKT-7930 8x8 wheel truck produced by the JSC Minsk Wheel Tractor Plant (MZKT). The bridge sections can be laid down from within the cabin of the vehicle or via remote control system.

The TMM-6 bridge includes up to 6 separate sections with 102 m total maximum length. The system can cover a gap of between 17 and 100 m with depth up to 5 m. TMM-6 has assembly time of 60-80 minutes and disassembly time of about 90 minutes for the bridge of maximum length. Two MZKT-7930s carry one bridge section per truck. The remaining four sections are transported on 6 Ural 6x6 truck which tows a trailer.

The TMM-6 bridge system has a high pass-through capacity. Approximately 300 tracked (or 400 wheeled) vehicles can cross the bridge in one hour moving at speed up to 20 km/h. TMM-6 is fully compatible with MTU-90M AVLB which is based on the hull of T-90 main battle tank. TMM-6 is supposed to replace the obsolete TMM bridge system mounted on 6x6 truck. 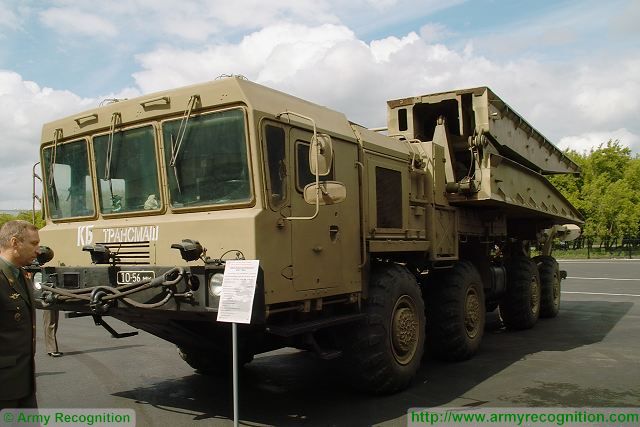 The MTU-90M is a bridge laying system based one the chassis of the T-90 main battle tank. The MTU-90M has entered in service with the Russian army in 2013. The MTU-90M is an improved version of the MTU-90 but with a shorter bridge. The MTU-90M can configure one bridge of 19 meters length."

"The Avrora Design Bureau in the Russian city of Ryazan developed the Mars A-800 versatile unmanned transport platform designed to carry infantrymen on the battlefield. It has been unveiled at a Russian Defense Ministry-sponsored conference on robotics recently. The Mars A-800 platform is designed, in the first place, to accompany infantrymen in combat and carry cargo as well as to resupply units. It can carry six troops in full battle rattle.

The vehicle weighs 950 kg and features a high carrying capacity - 500 kg. Its maximum speed is 35 km/h. The platform can swim at 5 km/h. the Mars A-800 can operate in ambient temperature of -40°C to +40°C. It is remotely controlled via a radio channel by a single operator. 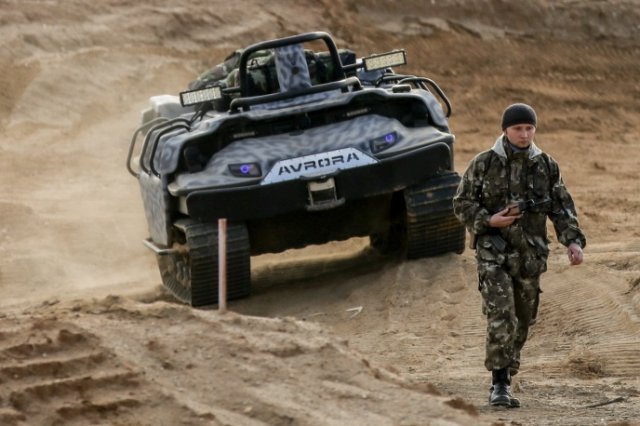 The vehicle can operate in four modes. The Follow Me mode implies the platform’s automatic following of an active beacon attached to the operator’s uniform. In the Track mode, the Mars A-800 follows a route with the waypoints programmed by the operator in its map. The Cyclic Visit mode implies continuous following of a preset route. The operator also can directly control the vehicle in the Remote Control mode. According to the Avrora Design Bureau, two advanced technologies - operation as a group and parachute drop - are integrated with the Mars A-800."

unmanned? does it has autopilot?

George1 wrote:unmanned? does it has autopilot?

Sort of: "The vehicle can operate in four modes. The Follow Me mode implies the platform’s automatic following of an active beacon attached to the operator’s uniform. In the Track mode, the Mars A-800 follows a route with the waypoints programmed by the operator in its map. The Cyclic Visit mode implies continuous following of a preset route."
Guest

"The Russian Company Tractor Plants has announced trials tests in cold weather conditions of its TM-140, an all-terrain tracked amphibious vehicle especially designed to be used in Arctic region. The TM-140 is based on the Chetra, an all-terrain vehicle manufactured for the civilian market. The CHETRA is one of the world's finest all-terrain vehicles in terms of cross-country capabilities. The vehicle is especially designed to have high maneuverability and survivability, even in soils with low bearing capacity.

The CHETRA is able to carry loads of up to 4 tons and traverses swamp areas and permafrost. The vehicle is purposed for transportation of shifts of workers, geological survey troops, and repair teams and for other off-theroad transportation requirements. The CHETRA PM-140 is designed to operate in boreal climatic conditions within temperature range of +40°C to -40°C. The TM-140 is the military version of the CHETRA all-terrain vehicle. In December 2015, during 5th Arctic - Today and Tomorrow International Forum, the Russian Defense Ministry has showed interest for the TM-140A arctic all-terrain vehicle (ATV). 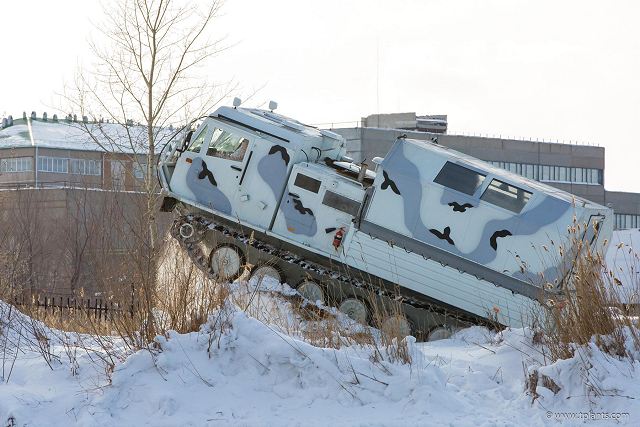 The TM-140 is based on a tracked chassis with a crew cabin at the front and a cargo area at the rear. The cab’s seating capacity is seven passengers, including three sleeping bunks. The passenger module seats eight personnel or can be converted to have four full-fledged bunks. The TM-140 can run at a maximum speed of 45 km/h with a maximum cruising range of 550 km. The vehicle is fully amphibious being propelled in the water by its tracks at a maximum speed of 5 km/h."

I doubt, looks way too "steampunkish" and those springs dont really do anything from what i can see. But none the less photo is epic

I doubt, looks way too "steampunkish" and those springs dont really do anything from what i can see. But none the less photo is epic

Computers are designed to operate even in the most extreme situations, at temperatures from minus 40 to plus 50 degrees

"The laptop runs on the Astra Linux operating system designed for the needs of the Russian army and other security agencies. The device provides a high level of data protection from cyber attacks and the" leakage "by means of special software and hardware solutions, including the transfer of information both in text and voice format, as well as in video conferencing mode ", - said the source.

According to him, a secure laptop execution ensures trouble-free operation even in the most extreme situations, at temperatures from minus 40 to plus 50 degrees.

The laptop is equipped with GPS / GLONASS receiver, VGA and HDMI interfaces, Wi-Fi module, and four USB 3.0 ports. Connectors connected external ports have additional protection, which greatly improves the efficiency of the equipment at work "in the field". The notebook is based on the sixth-generation processor with an operating frequency of 3.5 GHz. battery life time of the battery up to eight hours.

"Start of series production is planned for the second quarter of 2016 The equipment will replace the previous generation of notebooks used in the composition of complex digital tactical radio." - Summed up the representative of the UIC.

Military acceptance: The rally in the Arctic Ocean.

Lots of good stuff about all the new Arctic gear being deployed. The portable barracks come with fabric hammocks that are capable of holding weights of 440 kg's (or potentially more) without breaking or tearing, which is pretty astonishing considering that they're just thin sheets of fabric.
George1

That was fast, i wonder what the "SV" stands for??
George1 I can't wait for someone like PapaDragon, or KoTeMoRe has to say about this...

Preparing for the next War 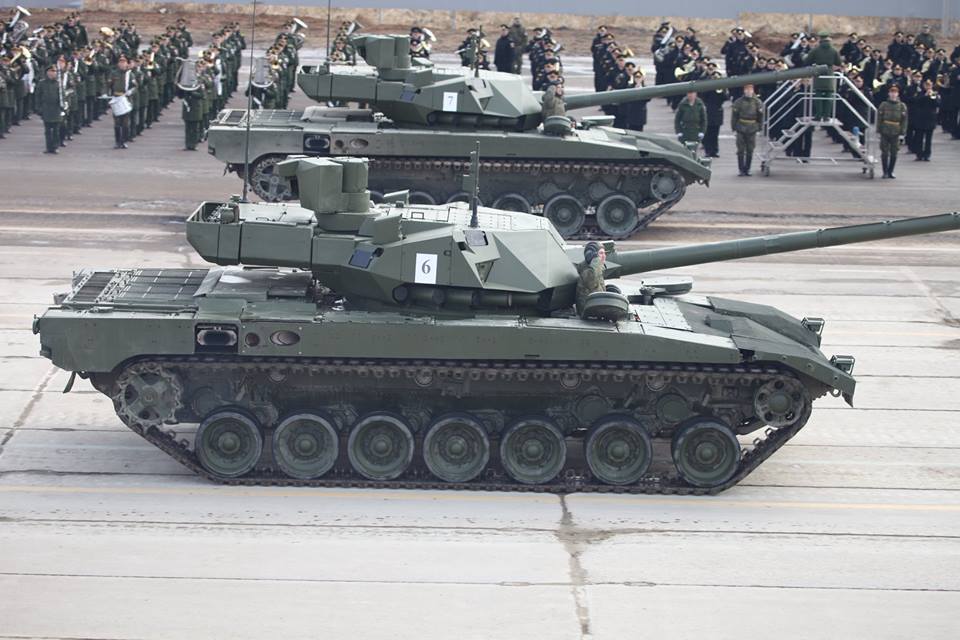 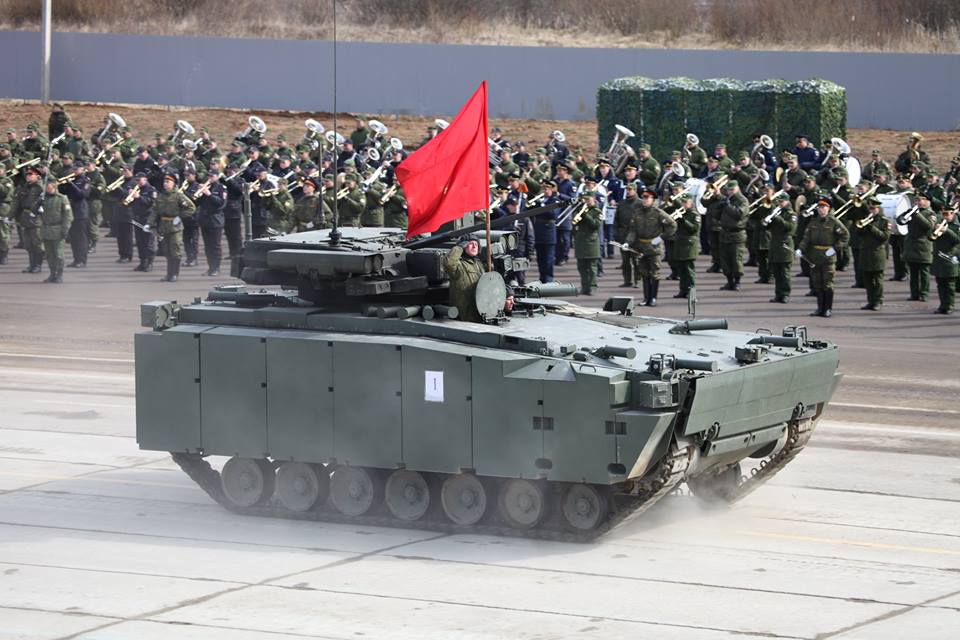 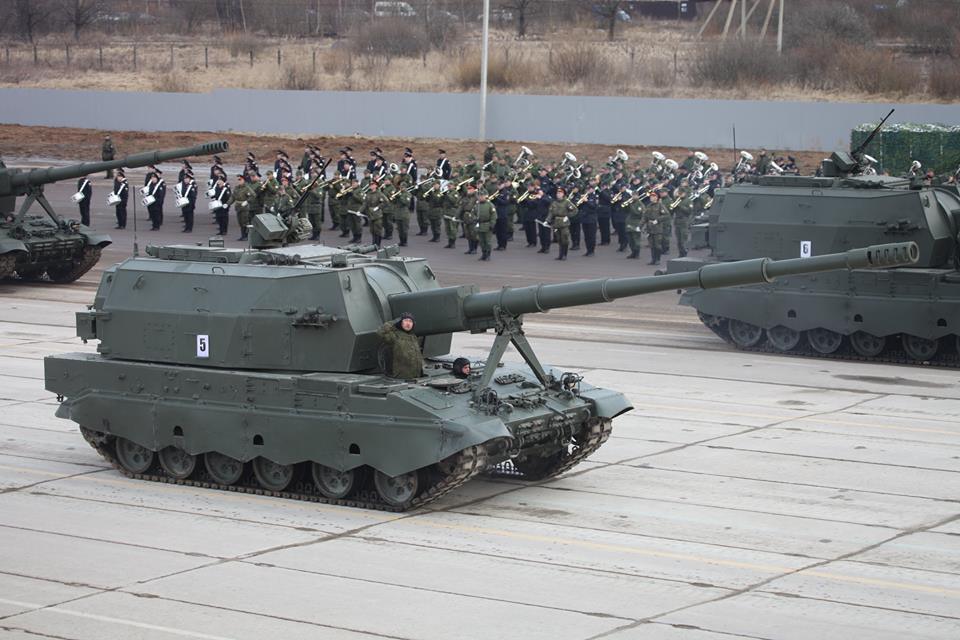 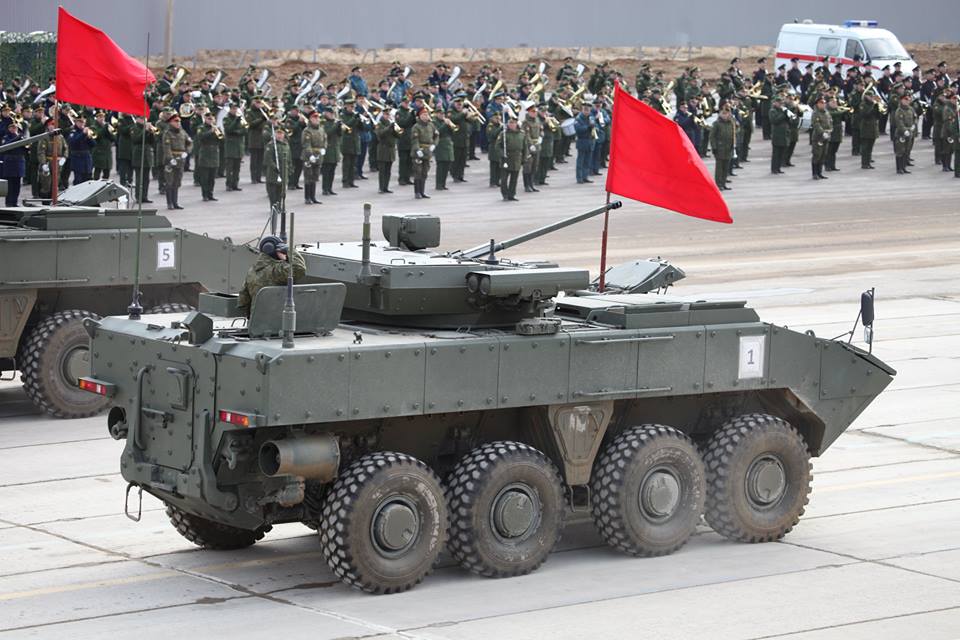