Russia currently considers an opportunity to expand the influence of the fleet to the waters of the Red Sea, the Gulf of Aden and the Persian Gulf, as well as to the western part of the Arabian Sea, for which the Pacific Fleet is now responsible.
See more at http://www.pravdareport.com/russia/142389-russia_black_sea_fleet/
Isos 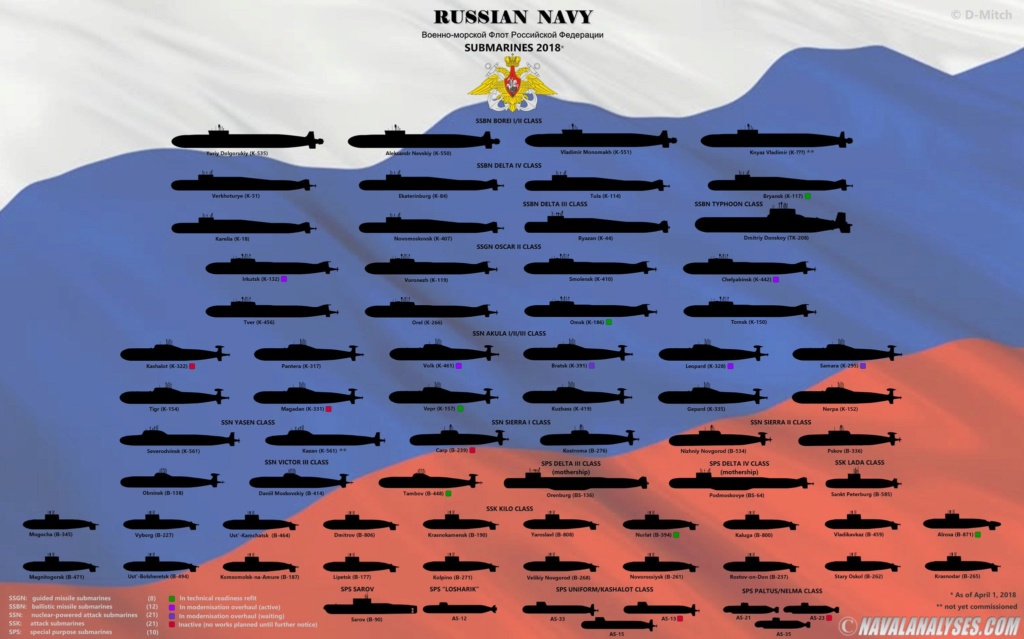 A Sov is burning in Severmosrsk. -1 ship for russian navy.

It is not the RFS Mitrofan Moskalenko, a Ivan Rogov Class landing ship that is burning, but the RFS Gremyashiy, a Sovremennyy Class destroyer
SeigSoloyvov

It is not the RFS Mitrofan Moskalenko, a Ivan Rogov Class landing ship that is burning, but the RFS Gremyashiy, a Sovremennyy Class destroyer

Either that guy mixed up the names or he is lying the Gremyashly or known in Russia has the Hull Number 870, Thundering.

Was decommissioned in 2006, now if Russia did burn down an active duty one down that is some next level incompetence, I did not think them capable of.

But leave it to them to surprise me again IF they did burn one down.
Isos

Well one ship is burning. There is a video on that same twitter account but they don't seem to know which one. Previously they said it was a Ivan rogov class.

Maybe it is a decomissioned Sov. They don't many of them active so it isn't a big lose if it is the case. They can cut it more easily then.

A heavily average repair with a partial modernization of pr. 11540 "Neustrashimy" appears to be coming to an end.

This is the kind of Warship Russia really needs..
as their most universal ,produced warship.. 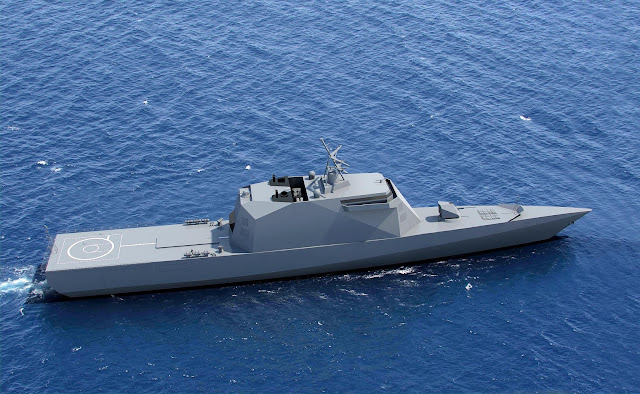 
Don't be fooled by the size , Is a corvette with nearly the same or even better capabilities
that Russia first generation Steregushchiy class , "stealth" frigates  ,but that is more stealthier ,more safer ,more economical just 80 crew.. instead of ~130 and with longer range.. (up to 9300km) and it have superior cruise missiles kalibrs.. while the frigate use the much older and inferior kh-35 cruise missiles .

in my opinion , the ideal Russian surface navy , if i could design it..
it will be a cheap/effective very stealthy core force,made of ~x100 -120 multi purpose coastal+blue waters Corvettes like Project 20386  ,combined and lead with x5 destroyer of the leader class armed with S-400 and S-500 plus hypersonic missiles.  each corvette also could be operating a couple of underwater monitor submarine mini drones.. searching for mines or enemy subs or underwater sabotage groups.. (for comparisons Russia already have more than 70x corvettes.. so is to replace those corvettes with this new one) but also Russia have a lot of near useless junk soviet ships in service too ,and useless aircraft carrier.. with the huge money Russia will save in payroll from the big and rusty warships, decomisioning their old soviet warships and destroyers.. they will have the money to build
an economic -modern and very efficient navy.
So 1 leader class destroyer could end being escorted by 20x cheap but effective corvettes.. each warships in the formation armed with underwater search drones , anti mining and other support ships. and then you build 5 destroyers leader class and all those escorted by 20 modern corvettes... not even a mosquito will enter in that zone.. with all the air defenses and electronic jamming ..

What we see in Syria in land wars , is the kind of wars ,we will continue to see in the future from NATO ,one that they hide their hands.. and use pirates/mercenaries/private military contractors/terrorist in the front line..and their military forces not far from there behind them supplying logistics and weapons.. and mass waves of drones will become more and more abused.. not only in mass waves of air attacks but also mass waves of underwater kamikazi drones will happen too..

and so it will be a mistake to have too many super Big warships ,that are big targets for the enemy..  Also by having a *fully sealed corvette*.. (About fucking time) , you can protect better your warships against NATO navy seals sabotage groups ,that could board a warship and kill anyone distracted/sleeping with the goal to capture a warship and steal its missiles..
So Russia must prepare for more and more guerrilla/proxy undercover warfare.
They are already targeting Russia military base almost every day.. so what stop NATO
from doing the same to Russian warships? and later say.. it was a terrorist?

all those corvettes can launch 8 kalibr missiles.. but working in group.. with just 10X corvettes ,they could launch 80x anti ship /cruise missiles that could pose a serious danger for any NATO naval fleet.. specially if Russia have the option to arm a couple of the missiles in the corvettes with nuclear warheads..

Most attack submarines of Russia also will be more productive/economical if majority are corvette like smaller.. and each kilo size submarine should be armed with at least 1 hypersonic Zircon missile..in addition to their 8-16 kalibr missiles.. that way Russia navy can effectively counter US navy even on Deep waters fight.. without having to spend a fortune in large warships and cut in half or in 2/3 the huge cost Russia navy needs to spend in salaries of big crews..

Airforce however is even more deadlier..
If Russia could mass produce mig-41 in at least 50x of them..
and each one could carry internally one hypersonic nuclear armed missile , that will be a real serious power what Russia will enjoy .. for first time an airforce that can truly enter near a NATO navies zone ,launch from safe distance a nuclear armed hypersonic missile and leave untouched in a surprise attack..  the faster Russia mass produce those hypersonic missiles and produce the carriers.. and start offering them to its allies.. like China ,Venezuela or IRAN ,and even Mexico ,the sooner you will see NATO being forced to a negotiating table ,for nuclear and hypersonic disarmament and with Russia having the upper hand.. demanding US to remove all their bases from Europe.. as precondition to any mutual disarmament.

Vann7 wrote:This is the kind of Warship Russia really needs..
as their most universal ,produced warship..

I was so wrong, I am sorry

20 Corvette for one Leader is too much, by a big margin.
Vann7

dino00 wrote:20 Corvette for one Leader is too much, by a big margin.

NATO can pull easily a couple of hundred of planes/kamikazi drones and so Leader Destroyer
will need a lot of help to counter those powerful saturation attacks.. Russia can't even
protect Syria of all missiles strikes of Israel.. even with all the modern weapons they got
and trainning..   In the attack of Syria alone.. in the second cruise missile attack..
according to the Minister of defense of Russia.. US,UK and France ,had enough power near Syria in warships positioned to launch 300 cruise missiles..  And those Corvettes is limited
the interceptions they can do... from 20 to 30 planes.. however if they deployed in big numbers.. and with automatic command control ,works as a team.. then it can shield
the Russian lead destroyer..

So having extra protection and not need it.. is better than not having it ,and the destroyer be sinked in a saturation air drones or under water drones attack..

100 combat planes can launch 4 cruise missiles each.. and thats like 400 cruise missiles in one warship ,that will saturate it with ease.. thats where the Corvettes comes in play..
same with underwater submarines and underwater drones.. Russia adversaries practice a lot saturation attacks.. because will always work if your air defenses need to handle more missiles than interceptors they have.
Tsavo Lion 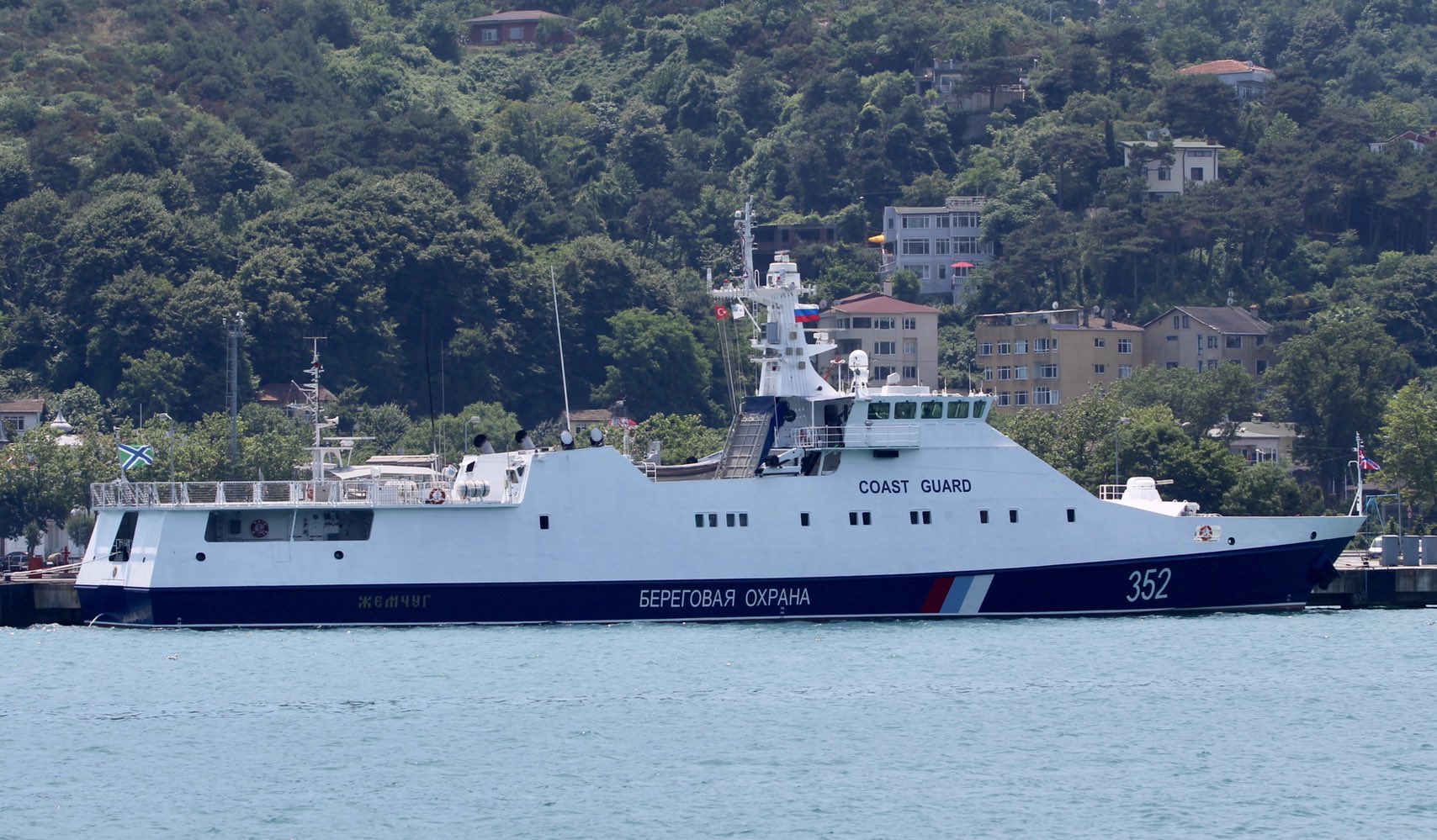 The new Russian patrol ship of project 22160 "Vasily Bykov", making the transition from the Black Sea to the Baltic to participate in the main naval parade, on Tuesday [June 18, 2019] entered the port of the Spanish enclave in northern Morocco, Ceuta. 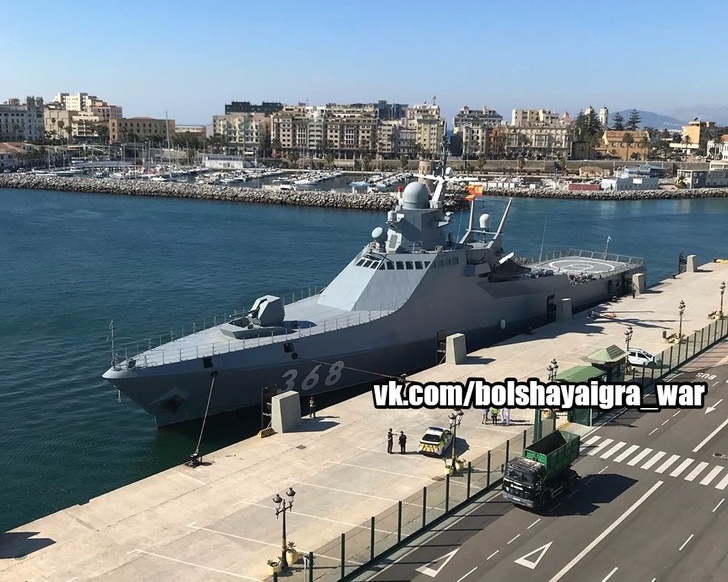 The Ministry of Defense of the Russian Federation decided to dispose of the submarine Zaporozhye (U-001) of Project 641, which the Naval Forces of the Armed Forces of Ukraine refused to collect from the Crimea. This is evidenced by the corresponding decision announced by the Russian Ministry of Defense at a tender for the disposal of a number of ships.

Heh, reminds me: a while back I saw a story that Russia had officially offered to hand over I think all (maybe minus a couple) the captured Ukrainian navy ships 'just send some tugs over & take them away' but the 404s were refusing to collect on the basis that doing so would negatively affect their legal case in an (I forget which) international court complaining that Russia wasn't handing over the captured ships 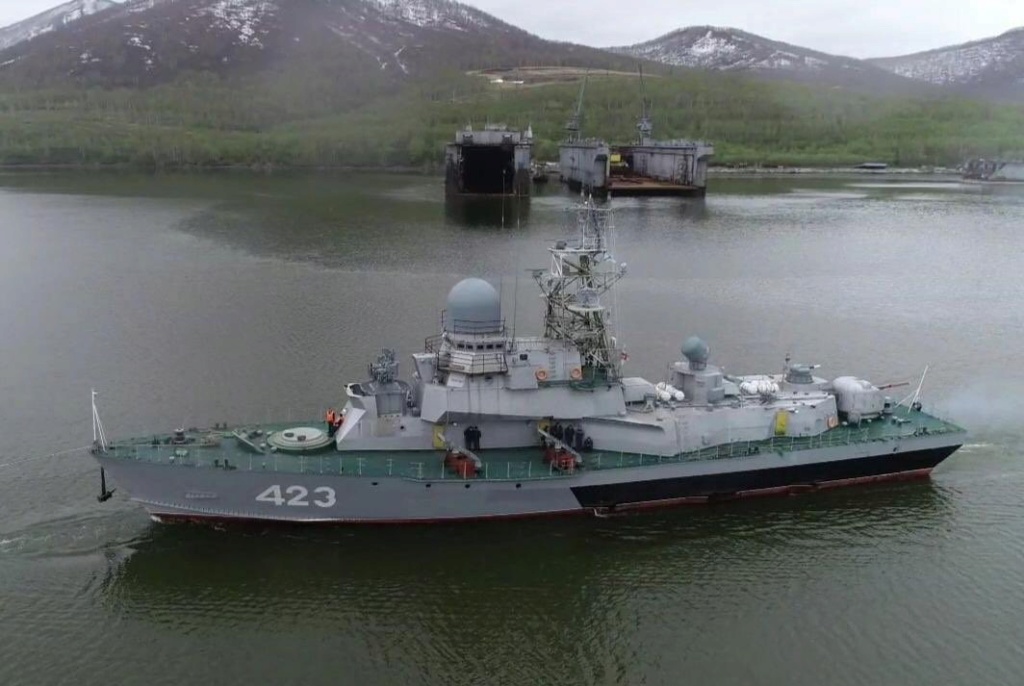 I wonder why they didn't go for angled launchers for Oniks. Anyway 16 Uran is a big ammount and could even sink destroyers.

Isos wrote:I wonder why they didn't go for angled launchers for Oniks. Anyway 16 Uran is a big ammount and could even sink destroyers.

Because angled launchers for Onix were never developed, they expected to have brand new fleet so nobody bothered.

This could also mean that legacy Soviet missiles are reaching their expiration date and they are now switching to new ones.

Other than launchers is there anything else new like radars? Can anyone do image comparison?

Nanuchka I Class of project 12341 missile corvette after modernization

Been wondering when a pic of this would show up.

Bit of a shame they haven't managed to replace the Osa as well, its my understanding they're pretty much non-functional these days.
But there's not really a valid replacement currently: Pantsir-M is too big, new naval Tor & Sosna not ready & Gibkha is a bit lacking.
Isos

IMO they will keep them untill Karakurt are build in big numbers. Air defence will be provided by other ships of the task force.
Hole

Naval Tor exists since the end of the 70´s.
Isos

Hole wrote:Naval Tor exists since the end of the 70´s.

But the VLS sucks. It is heavy and big while the missiles are very small ones. They need a new VLS system.

The last one that they showed isn't better the radar is mounted on the VLS and it has the same amount of missile as the ground version.

They need different VLS size with 8, 16 and 32 cells. Put tge radars on the top of tge ship and the VLS anywhere where there is no space for other weapons. On Gorshkov frigate there is lot of space for such system.