Nanuchka I Class of project 12341 missile corvette after modernization

Been wondering when a pic of this would show up.

Bit of a shame they haven't managed to replace the Osa as well, its my understanding they're pretty much non-functional these days.
But there's not really a valid replacement currently: Pantsir-M is too big, new naval Tor & Sosna not ready & Gibkha is a bit lacking.
Isos

IMO they will keep them untill Karakurt are build in big numbers. Air defence will be provided by other ships of the task force.
Hole

Naval Tor exists since the end of the 70´s.
Isos

Hole wrote:Naval Tor exists since the end of the 70´s.

But the VLS sucks. It is heavy and big while the missiles are very small ones. They need a new VLS system.

The last one that they showed isn't better the radar is mounted on the VLS and it has the same amount of missile as the ground version.

They need different VLS size with 8, 16 and 32 cells. Put tge radars on the top of tge ship and the VLS anywhere where there is no space for other weapons. On Gorshkov frigate there is lot of space for such system.
George1 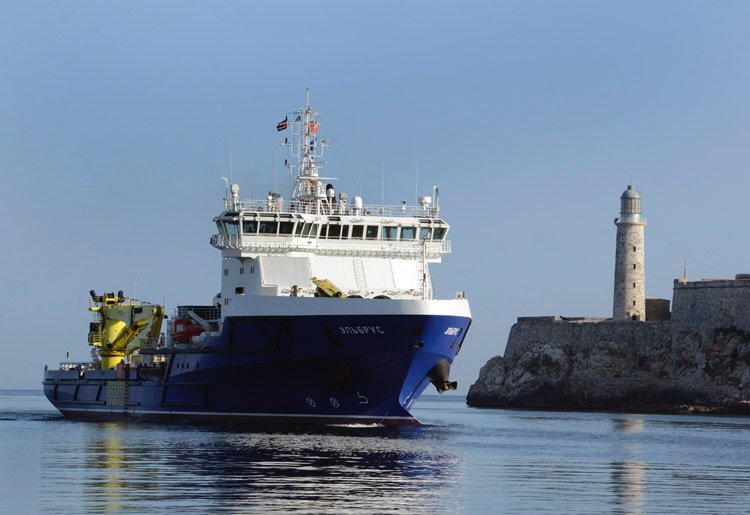 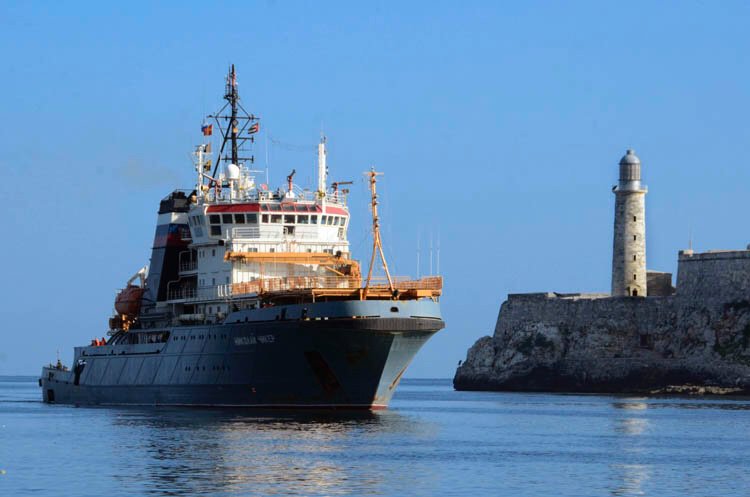 Can someone mention which types are these 2 ships? because i am bored to search

Its a shame you didn't realized their names are writen on them !
ult

Its a shame you didn't realized their names are writen on them !

Its a shame you didn't realized their names are writen on them !

Nope, I just copy/past the names from twitter and was too lazy to remove admiral gorshkov from the list

Interesting video.. About what the American research scientists groups ,thin tank military
groups ,NGOS that works for military perhaps , their discussions in Conferences to educate about their findings of Russian navy.. weakness and capabilities..

MOSCOW, July 2. /TASS/. Fourteen submariners died in a fire that broke out in a submersible vehicle in Russian waters on July 1, the Defense Ministry said in a statement released on Tuesday.

"On July 1, fourteen submariners - sailors died in Russian territorial waters as a result of inhaling combustion products aboard a research submersible vehicle designated for studying the seafloor and the bottom of the World Ocean in the interests of the Russian Navy after a fire broke out during bathymetric measurements," the statement says.

The fire was extinguished "thanks to the self-sacrificing actions of the team," the statement says.

The submersible is currently staying at the Severomorsk naval base.

"The causes of the incident are being investigated. The Navy’s commander-in-chief is carrying out the investigation," the statement says.

This will be rumor shitshow so I advise to keep and eye on what Martyanov says about it, he actually knows the topic

No idea what happened , but a look at the submarine will clarify anything..
if the external surface is in great condition and the sub returned on its
own then it was an accident..

Which ever is the case is very dangerous for Russia nation security .
to have NATO navies navigating through the economic zones of
artic Russia.. Because between Russia main land and some northern artic islands
there are choke points ,that hostile NATO navies can use to deploy mines or
kamikazi drones that will explode when they detect another submarine of a different
sonar signature.. The same thing is true for China in the south China sea..
Any NATO warships there can deploy advanced mines and or spying equipment..
to keep track of CHina navy movements and is no wonder they very angry at
NATO navigation in the zone. So worried is CHina about NATO navigation in
South China sea ,that they are ready to invest Trillions of dollars in very large
train routes connecting Asia with Europe.. The Belt and road initiative is all about security
,to bypass any open or secret blockade that CHina predict , the Americans will do on them..
in the future.. when both nations start a cold ,semi hot war. to have an alternative to maritime trade , because CHina is too dependent on sea routes for its Economy and they Know Americans can blockade China maritime routes.. with infesting the trade routes and choke points with Isis pirates ,thousands of smart mines, that are designed to hit large ship containers.. etc...

Russia trade is not dependent much on sea routes.. they use pipelines ,that
are easy to repair , and that Europe also helps to monitor..Still the artic routes poses a
challenge to Russia own naval fleet.

Officially the incident happened in russian waters. I doubt there was any nato sub or mine there. Maybe some special forces swimmers that defended themselves with explosives if nato was involved. Weired events are taking place in Washington. Pence cancelled some meeting to go at white house in the same time Putin cancelled some meeting to see MoD.

But it seems to be just a fire that occured inside the ship.
SeigSoloyvov

Some ass clown did a shit job with the wiring. Looks like it.
PapaDragon

Fire most likely happened while sub was in base

Among the 14 dead were seven Russian Navy Captains of the First Rank, roughly equivalent to the U.S. Navy Captain rank, according to state-run media outlet Sputnik. Two of these individuals had also been decorated as Hero of the Russian Federation, the country's highest honorary title.
miketheterrible

In order to save the submarine and rest of the crew, the 14 that died locked themselves in through emergency protocol to prevent the fire from spreading.
Vladimir79

I want to know why so many senior officers where on one midget sub.
PapaDragon

Vladimir79 wrote:I want to know why so many senior officers where on one midget sub.

It's a deep diving nuclear spy sub operated by GUGI

It's staffed exclusively by senior personnel

It's carried by this:

miketheterrible wrote:In order to save the submarine and rest of the crew, the 14 that died locked themselves in through emergency protocol to prevent the fire from spreading.

I call BS on this one

miketheterrible wrote:In order to save the submarine and rest of the crew, the 14 that died locked themselves in through emergency protocol to prevent the fire from spreading.

I call BS on this one


Or maybe that is what happened. How do you know?
PapaDragon

Or maybe that is what happened. How do you know?

If they can verify it then it's​ good

Or maybe that is what happened. How do you know?

If they can verify it then it's​ good

Since the submarine is built with modules, it isn't surprising. The module will probably be fixed and the submarine will get a new crew. For time being, I guess they will have to continue to use X-ray class mini nuke subs and AS-31 for now.
Sponsored content