If not now, it soon will be. Otherwise, why would the US want to drive a wedge between Russia & China while also wooing India? There would be no need to pursue the balance of power politics & methods to its favor if the US held all the cards.
https://www.weforum.org/agenda/2019/01/a-multipolar-world-brings-back-the-national-champions/

The US sits on the S. Pole, but not in the position to enforce any claim on the N. Pole. ..the most active Arctic power has been Russia, who has taken efforts to assert its maritime claims, develop resources, and even begin militarizing the region. In comparison, the United States is woefully behind as, even today, it owns a total of two active icebreakers—of which only one is functional.
https://globalsecurityreview.com/united-states-must-work-china-ensure-arctic-freedom-navigation/

So by default, it's not a unipolar world anymore (pun intended).
Proponents of a unipolar system often dismiss setbacks in American foreign policy because setbacks don’t comport with their unrealistic visions of U.S. hegemony.
Ultimately, whether we live in a multipolar or unipolar world is an objective, not a political, question, and it is an exceedingly important one. The answer affects how we understand the North Korea crisis, developments in Iran and the trade skirmish with China. If the world is unipolar, then the stories dominating the headlines today are all brushfires that the U.S. is struggling to put out and that won’t be of much consequence even five years from now. If the world is on the verge of multipolarity, then these issues are manifestations of the competition between the U.S. and its rising challengers, and the post-1991 way of viewing the world has become obsolete.
Even so, the U.S. is still the world’s pre-eminent power. This isn’t necessarily a permanent state of affairs. If, for example, GPF is wrong about China’s and Russia’s underlying weaknesses, a multipolar world might be closer than I’m suggesting. https://geopoliticalfutures.com/multipolar-world-emerging/ 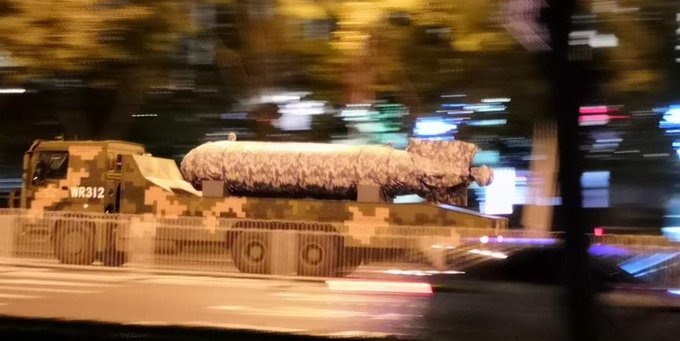 They got the first Su-35 in 2017, doubt thats enough time to copie or upgrade any aircraft.

Why do you say that?

If I had 5 IBM computers in different rooms of my house, but then I got a new set of computers that used a LAN and they were connected together... even if I didn't change the CPUs or Motherboards or even the RAM in those first five computers I can upgrade their performance immeasurably by adding them to the LAN so they can share resources.

I might have had one computer with a printer and one with a scanner and one set up as a flight simulator with flight controls and foot pedals... now I could use the scanner and printer from any computer.

The Su-30MKK had modern bits but AFAIK they weren't plug and play and adding and removing components was not so easy.

Su-35 would be different, but you don't need to replace everything in the Su-30MKK to make it better... even just rearranging the computer networks could improve performance and make it a better aircraft.
Tsavo Lion

The F-15 was inspired by the MiG-25; the F-16 was an answer to the MiG-21/23; the F-18 is its 2 engine version; the B-52 is less fuel efficient than the Tu-95 & is being re engined.
By the same token, the Chinese invented gunpowder, rockets, sea mines, ship rudder, hand grenades, silk, porcelain, paper, compass, & paper money. The traders & later Mongols spread all of that to the West; the Turks & Europeans then invented/improved cannons & firearms.
So, China is now catching up.

Don't forget the printing press that allowed the automation of the printed word, which made books more accessible and faster and easier to reproduce, moving the printed and written language from the hands of the rich and powerful and the church, to the average person...
Tsavo Lion

Gutenberg invented it in 1439, before any direct contact with China & w/o knowing the Chinese did it earlier. https://en.wikipedia.org/wiki/Johannes_Gutenberg
George1 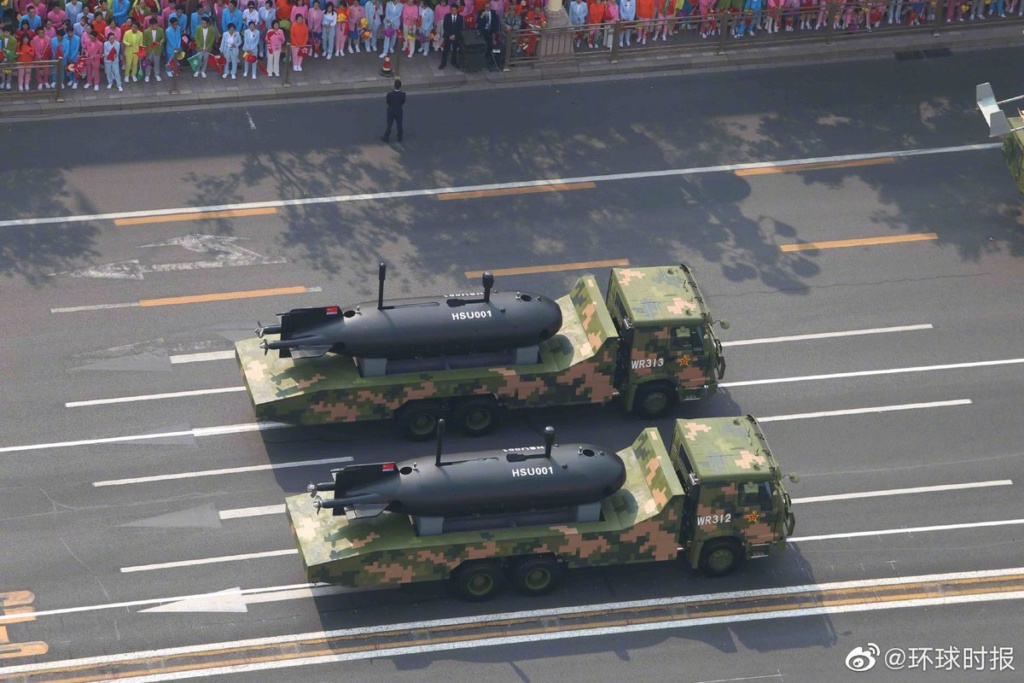 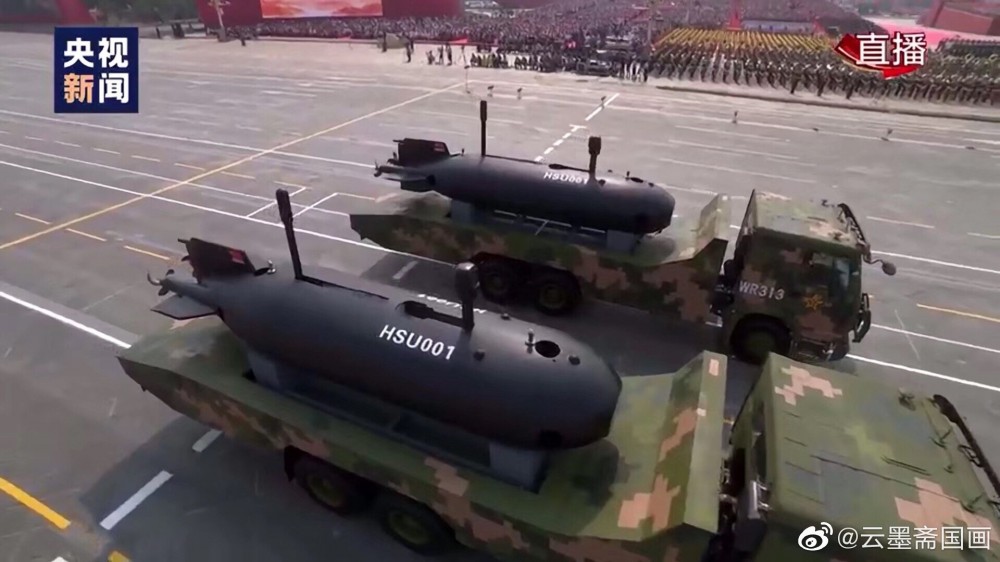 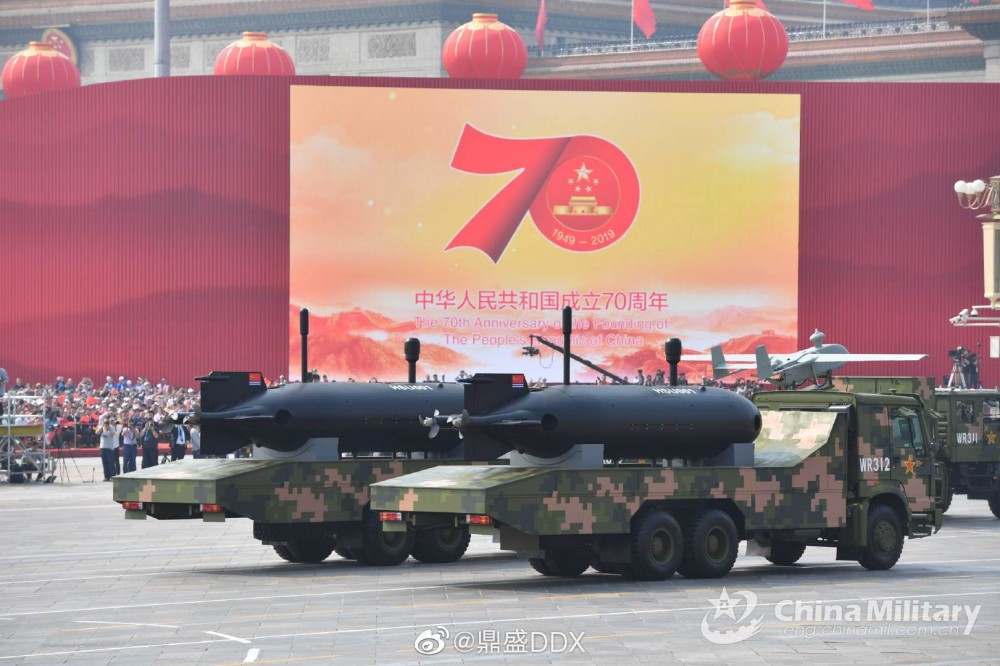 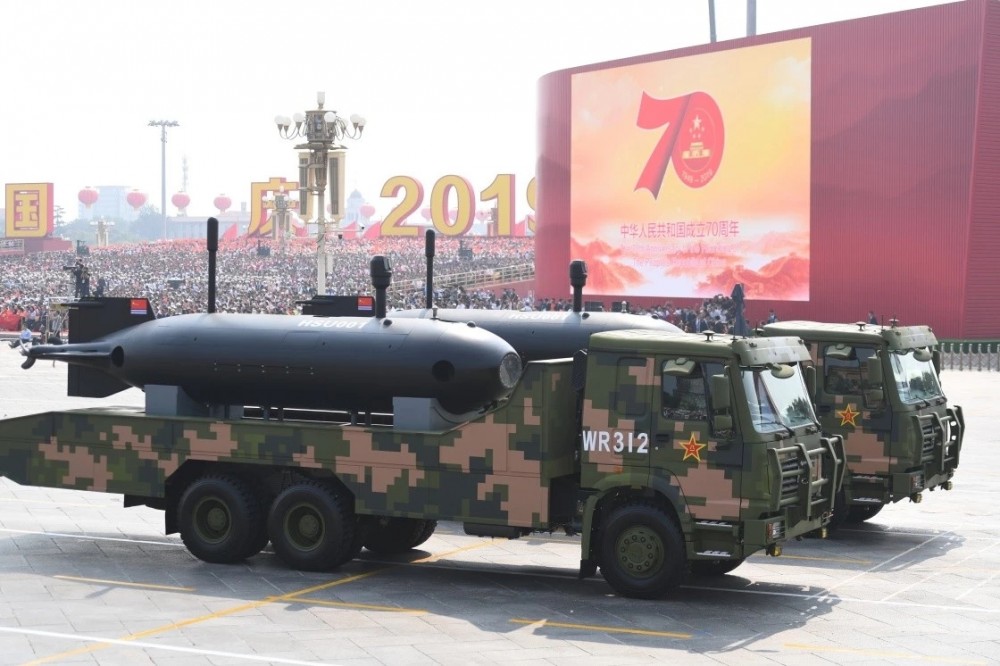 Gutenberg invented it in 1439, before any direct contact with China & w/o knowing the Chinese did it earlier.

That is what the europeans claim, they also say Russia invaded the Crimea in 2014...
George1 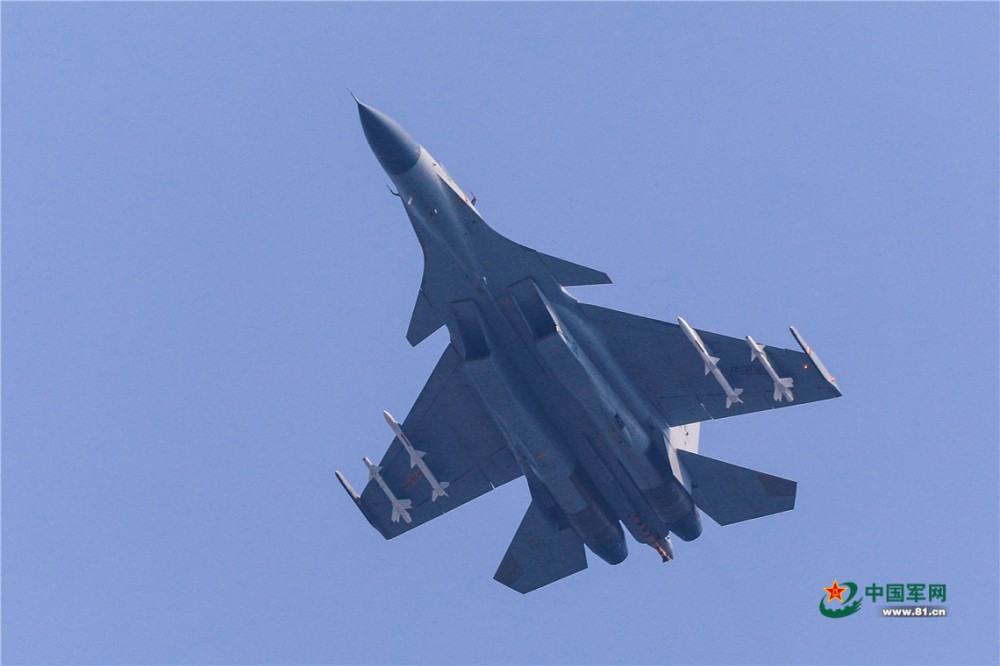 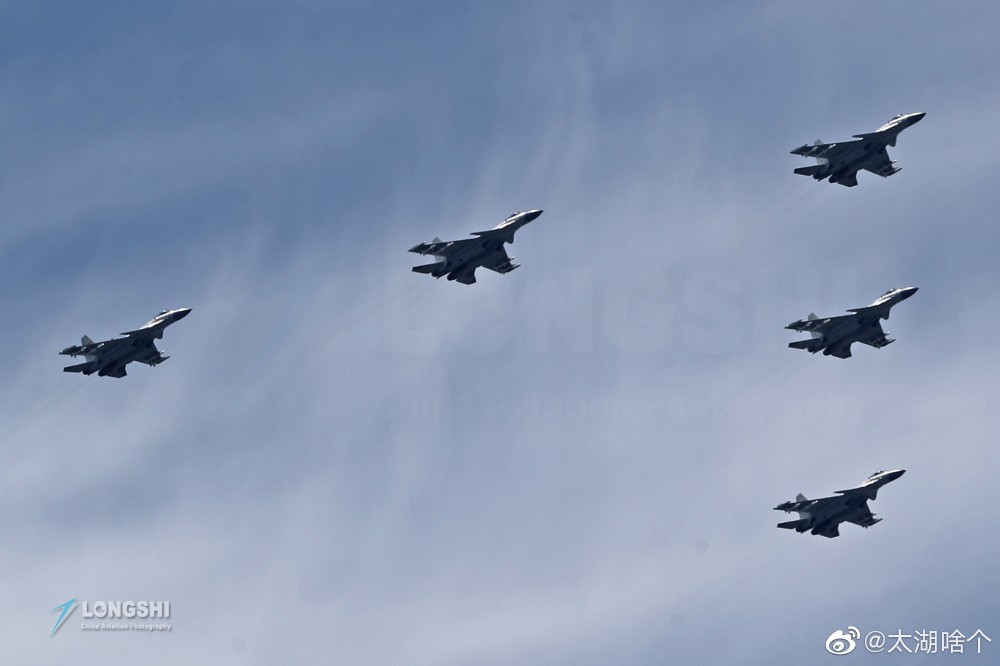 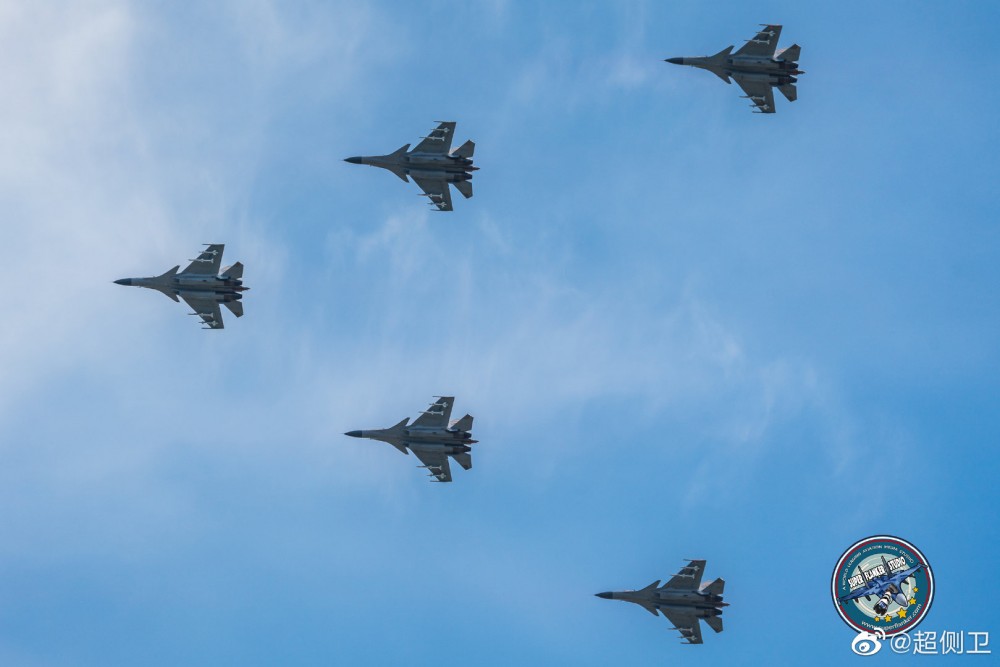 A type 52D and 52C destroyer passes eachother. Notice the small difference in the sensors and armament. 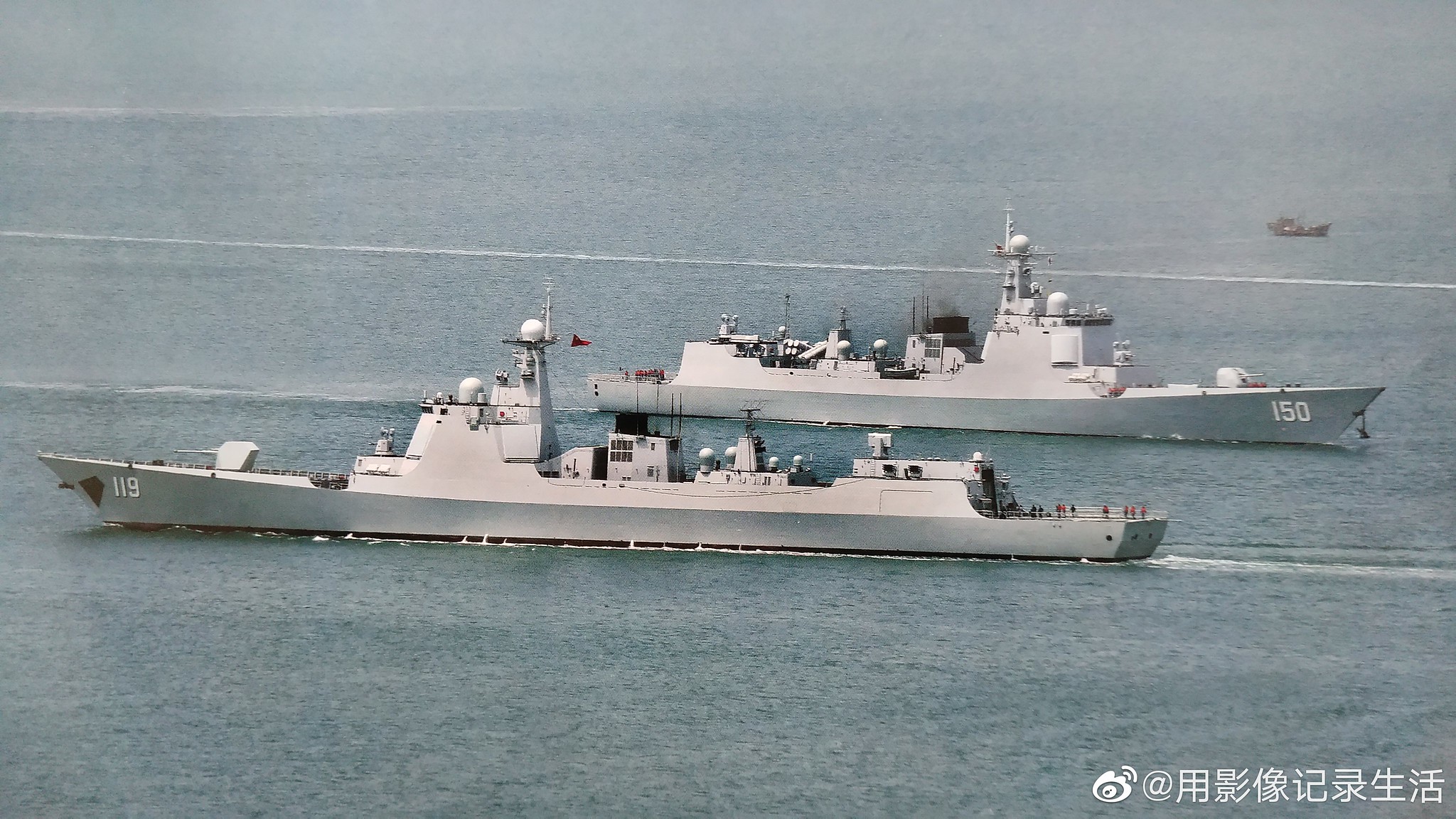 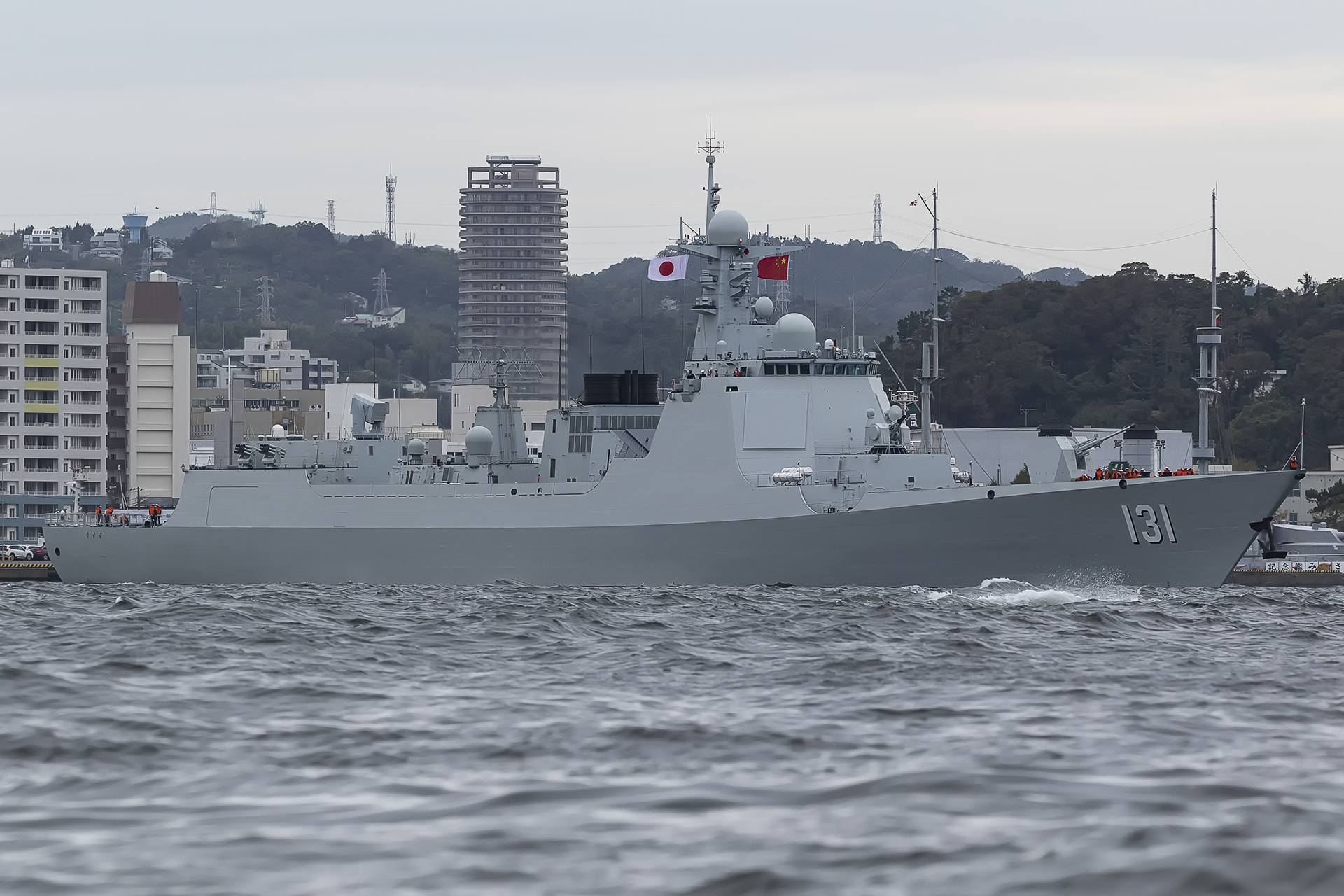 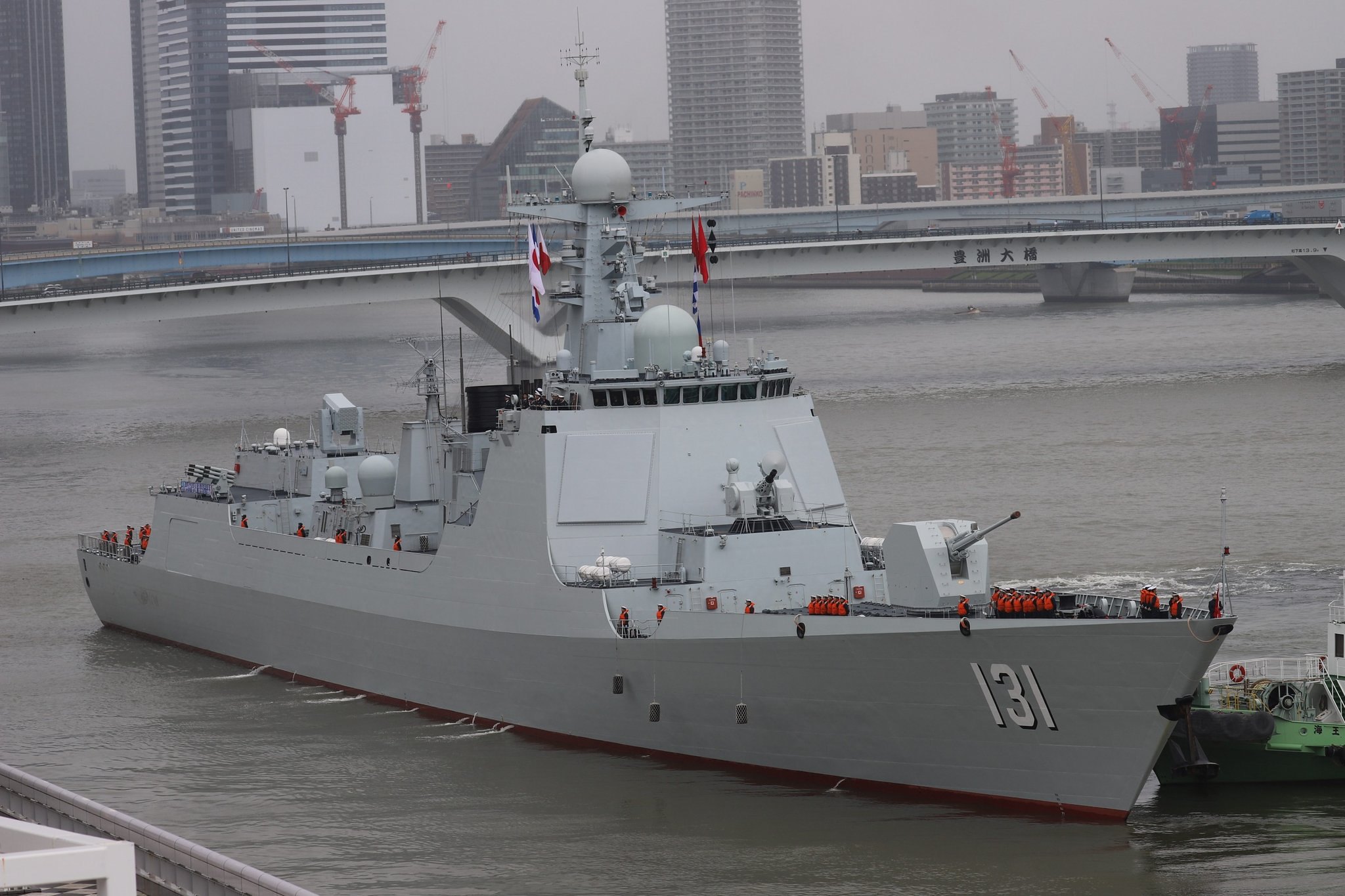 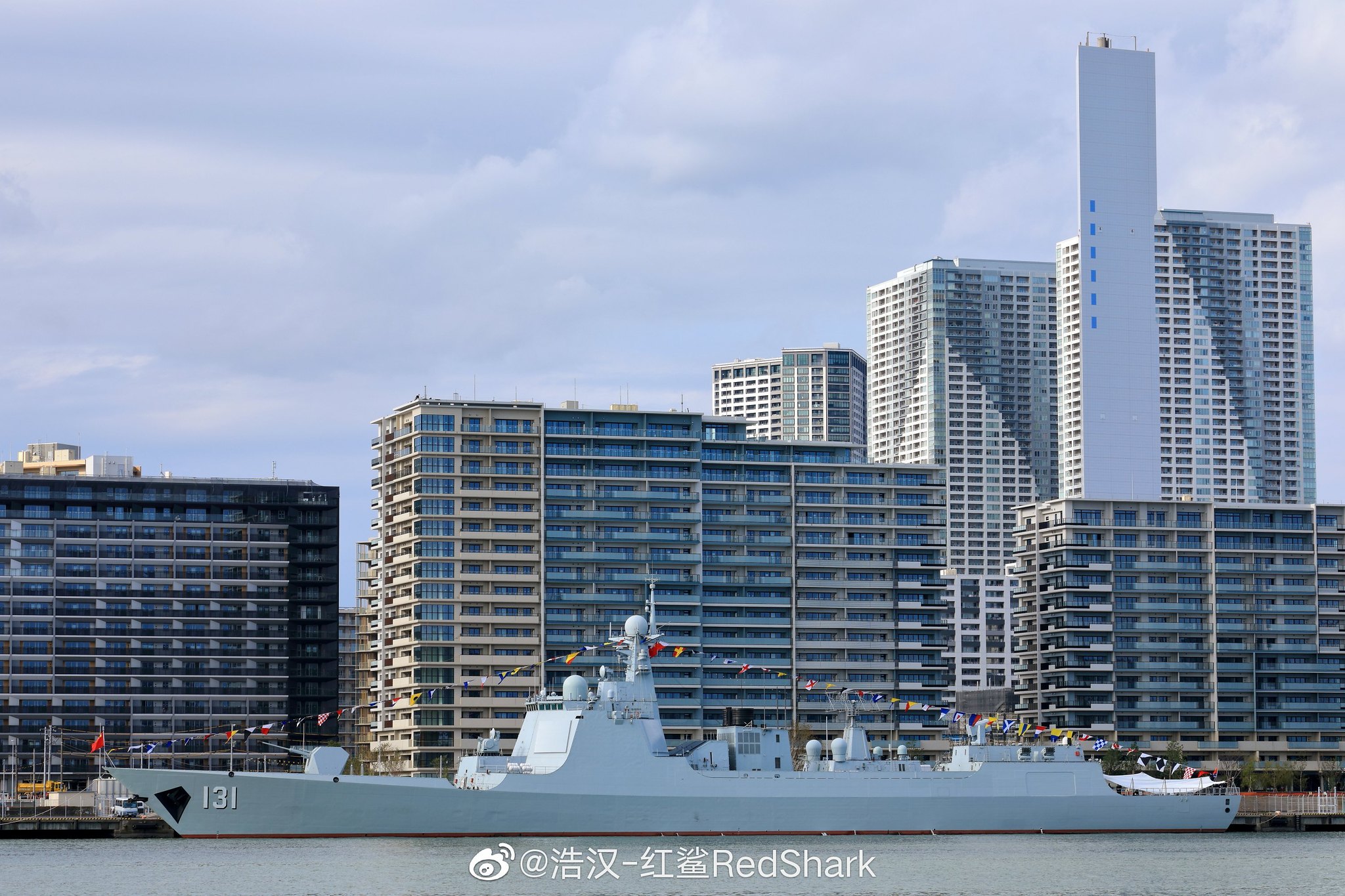 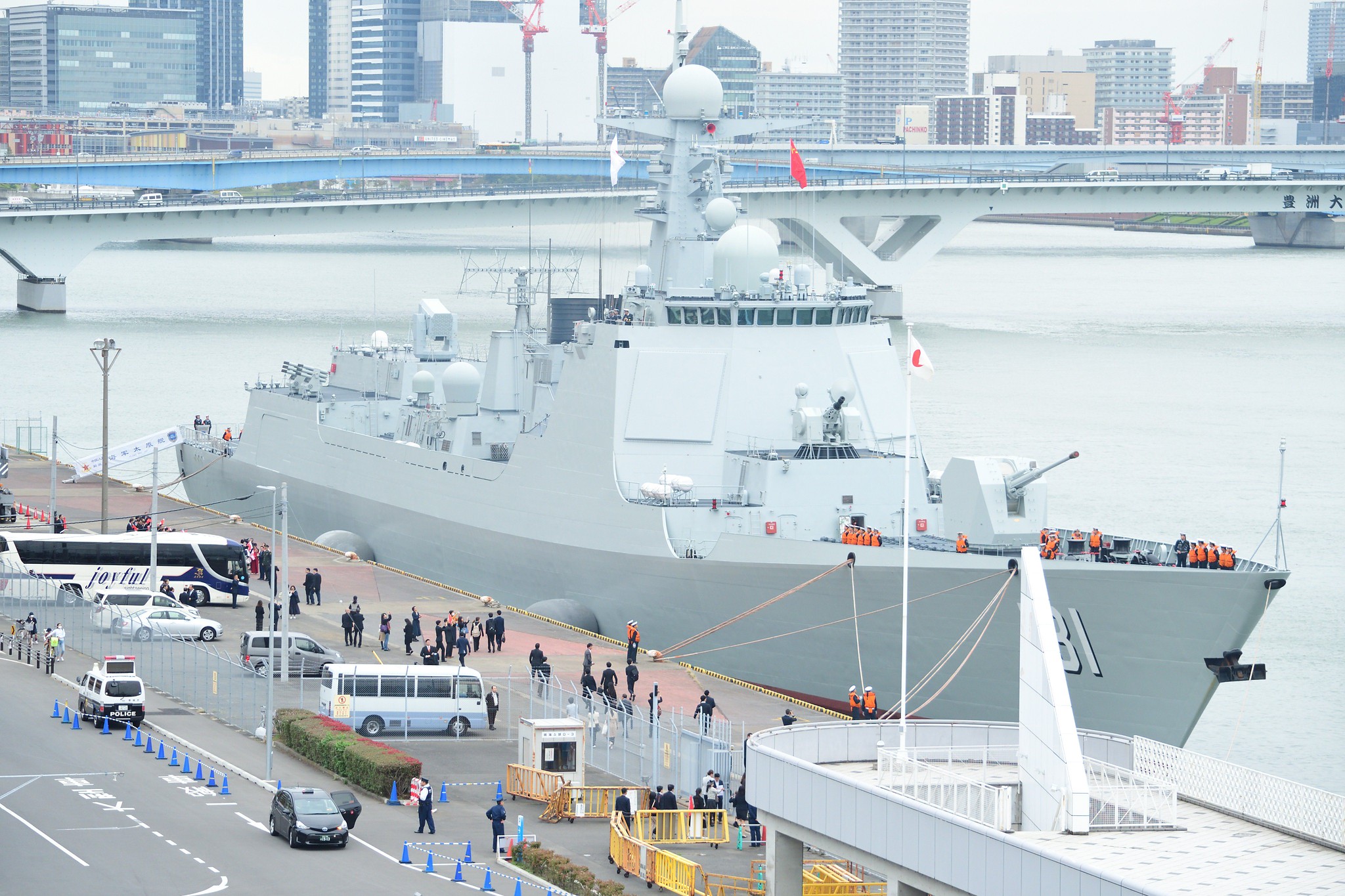 Two more Type 056A corvettes in service with the Chinese navy
https://www.janes.com/article/93159/two-more-type-056a-corvettes-in-service-with-the-chinese-navy

China tested SLBM capable of hitting US targets
According to the Defense Blog , the third-generation JL-3 solid-propellant rocket will be used to equip the next-generation Chinese nuclear missile submarines. Its range is 12-14 thousand km, the missile is capable of carrying up to 10 independent warheads.
With that range, their SSBNs can stay in the SC Sea.

The Role of the Arctic in Chinese Naval Strategy

Facing Up to China’s Military Interests in the Arctic
walle83 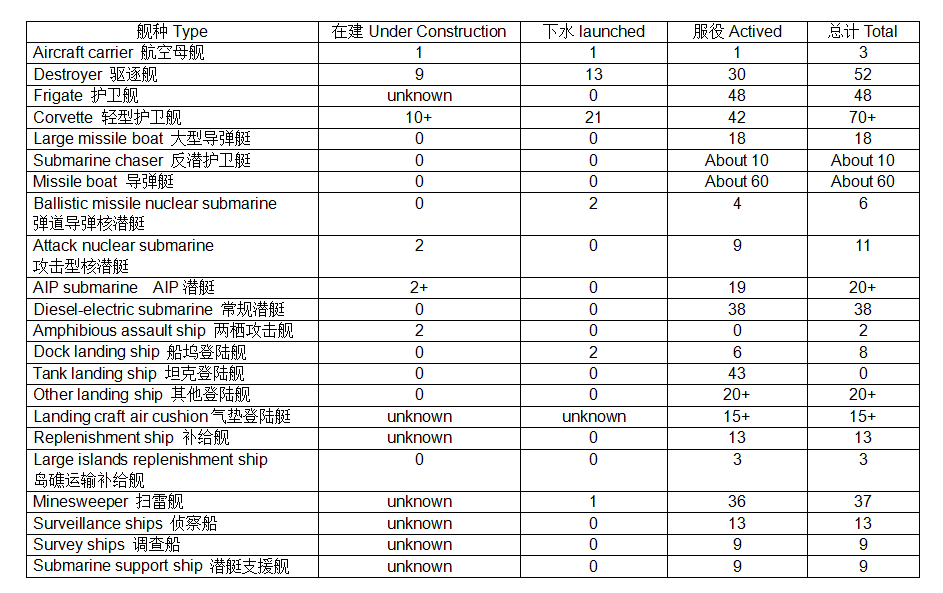 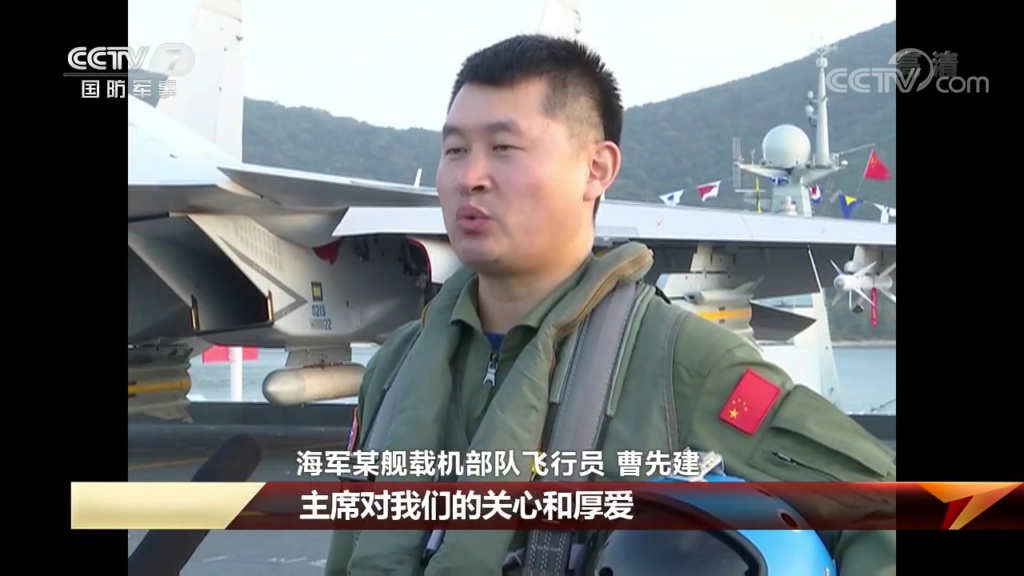 So j15 needs a designation pod KD-88 for its ARM missiles (YJ-91 copies of kh-31) just like soviet su25. Modern sukhoi can do this with their rwr so it seems j-15 is still far from being a modern jet and uses a primitive rwr.

Modern jets can also use their rwr to allow launch of air to air missiles without needing to use their radars. So if a j15 faces an indian rafale it will have to use its radar to found the rafale but the rafale can use its rwr to launch a meteor at him and will have the advantage of detection range thanks to its better rwr and small rcs.

Mig-29k of indian navy carriers should be able to do just as good as a rafale.
George1

Also, on January 12, 2020, at the PLA Eastern Naval Base in Zhoushan, the ceremony of introducing the first modernized destroyer of Project 052DG Zibo (淄博, Zibo, tail number 156), an analogue of the American destroyers with Aegis, took place in the Chinese Navy. 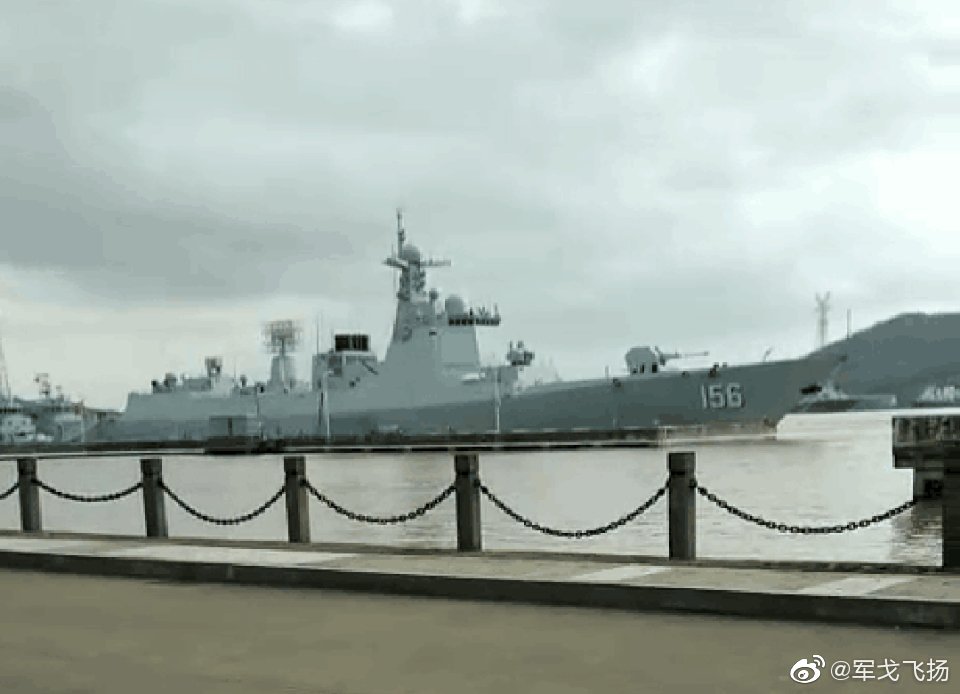 And on January 10, 2020, at the Guangzhou Naval Base, a solemn ceremony was held to introduce two Project 056A corvettes, the fifty-first Ganzhou (tail number 620) and the fifty-second Panzhihua (tail number 621), to the PLA Southern Fleet.

Tsavo Lion wrote:China tested SLBM capable of hitting US targets
According to the Defense Blog , the third-generation JL-3 solid-propellant rocket will be used to equip the next-generation Chinese nuclear missile submarines. Its range is 12-14 thousand km, the missile is capable of carrying up to 10 independent warheads.
With that range, their SSBNs can stay in the SC Sea.

China enters the big league with DF-41 and JL-3.

The speed with which China took capability to target any point on the Planet and develop its missile force with CJ-100,DF-21, DF-26 and than hypersonic DF-17 and than that missile

shown only briefly few days before the parade that is also hypersonic and vertical launched. China has reduced reaction time with the introduction of solid fuel missiles, it now

has medium and long range missiles, it has means to overcome anti-missile shield, it has introduced mobility and stealth during its employment and has increased their range and

China now has means to destroy any US city it wants. China can pinpoint US installations in the region during opening of the war, it can pinpoint US carriers and surface ships, it

can pinpoint command post, it can with massive cruise missile strike devastate airfields and other military installation.

Still Im curious to find out where are the subs meant for striking US logistic lines.
Tsavo Lion

Still Im curious to find out where are the subs meant for striking US logistic lines.

Supply ships can be dealt with by surface ships, missiles & aircraft. As in the Soviet/RF VMF, their subs r not for sinking merchant convoys; CSGs, LHA/Ds, & enemy subs r their targets.

Update on CMM: Why are Chinese fishermen finding so many 'submarine spies'? 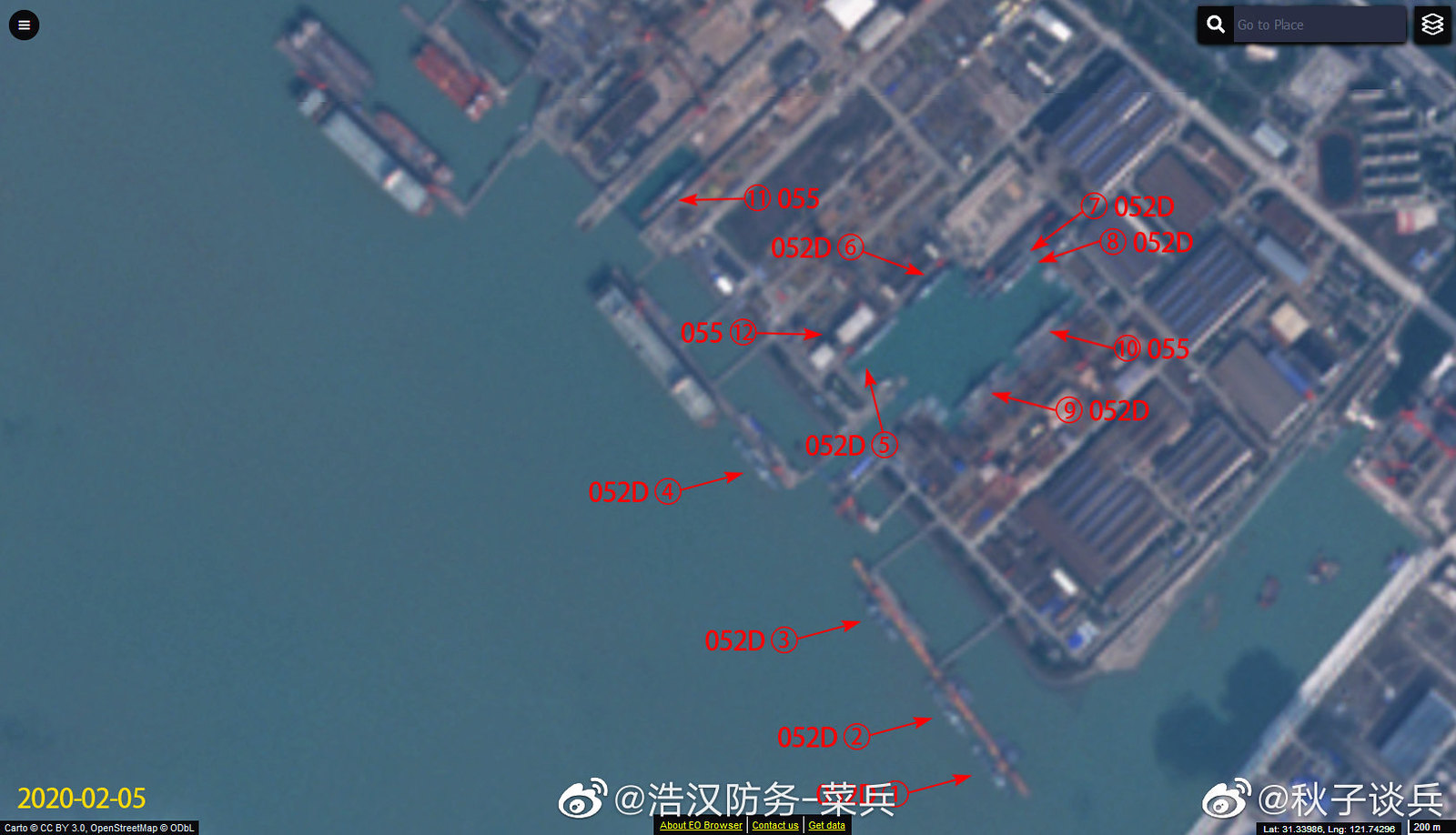 They probably fixed it & feel it's safe to use on CVs.

They probably just beefed up everything to make it work and make it safe and can get some in to service and then just work on the design over the next ten years looking at where they can shave off some weight to improve performance without compromising structural integrity....

Actually having aircraft to operate on your carriers is rather important... ask the captain of the American Ford class and he will agree wholeheartedly...

Once you have the aircraft operating you can get some experience using carriers and surface fleets away from Chinese waters... for instance being able to send a group of ships with a carrier to Venezuela will help bolster an ally and boost trade and relations as well as poke the middle finger at the US which thinks that this is its own back yard where it has a say in everything...

The US has been interfering in China and Japan and South Korea all these decades it must be nice to be able to respond in a physical and tangible way...
Tsavo Lion

..being able to send a group of ships with a carrier to Venezuela will help bolster an ally and boost trade and relations as well as poke the middle finger at the US which thinks that this is its own backyard where it has a say in everything...

before they do that, it'll be more useful to deploy it between Taiwan & Guam, Japan & Hawaii, India & Diego Garcia; from there, between S. Africa & S. America.
Sponsored content