Imp kilo are 450 million $. At 200 million they got very basic ones with "improved" technologies instead of improved technology.

They don't seem to have benifited that much of them if you look at their current subs. And they won't help for next generations of subs.

The last two of the batch were improved. The prices negotiated in the 90s are quite lower than they are today.

Looking at their current subs they are happy enough not to import any subs and now export them which are competing with us.
Tsavo Lion

..China never signed a further maintenance agreement for the Kilos.

They figured how to maintain them themselves; or they could cannibalize some to keep a few operational. It was also a stop gap measure until new SSKs built domestically. India & Vietnam operate them too & they can train against them as a bonus.
Tsavo Lion 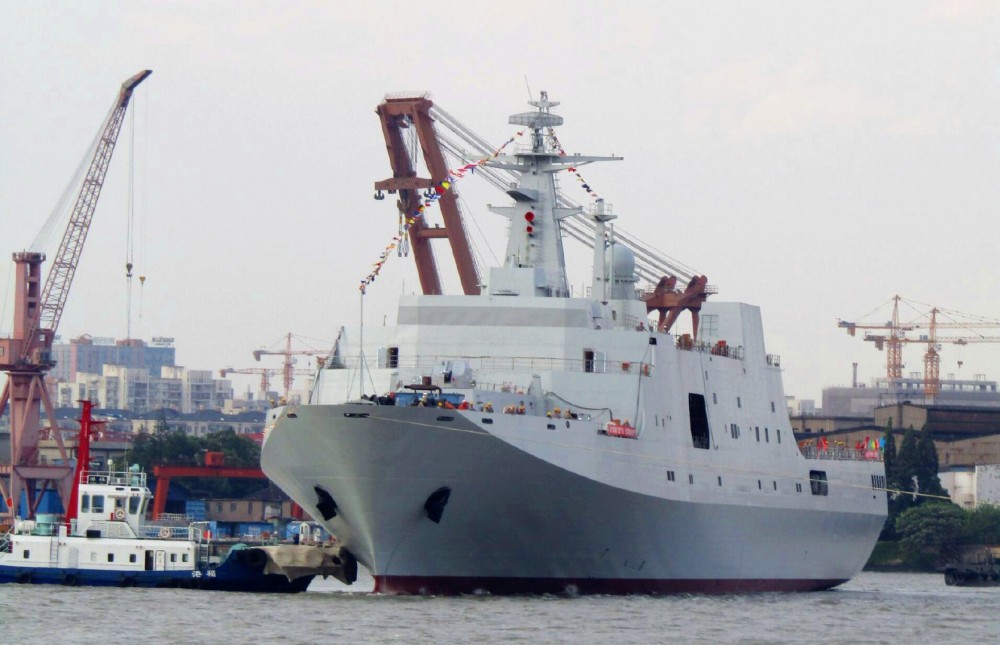 Their message is loud & clear!
ATLASCUB

The bigger message is how they handle the current ruckus in Hong Kong. If you can't even keep your house clean... keep dreaming about Taiwan for one more century.

Things have clearly gotten out of their control, and has become a total disaster - which says a lot about the MSS - NCA and NIA working overtime. Clearly everyone in Washignton is enjoying the sight. Any shrewd observer understands what's going on.

Should serve as a lesson to those that smugly tell others to "correct their mistakes". Not ready to lead, not yet.
George1

Photos that surfaced on social media show China’s Z-20 helicopter has been modified for naval operations and that the People’s Liberation Army Navy is testing out the new version on its newest guided missile destroyer. Analysts say the chopper could “fill a big gap” in Beijing’s anti-submarine warfare and search-and-rescue capabilities.

The photos appeared on Chinese social media site Weibo and was first reported by the Chinese publication Weapon, printed by weapons maker China North Industries Group Corporation. The Global Times republished the photos on its Twitter account earlier this week.

They show a version of the Harbin Z-20, the PLA’s newest all-purpose helicopter, that appears to have been modified for naval duties.

The heli’s folding rotor blades and tail help it to fit into the ship’s small hangar, and the way it sits on the ship’s landing pad suggests its wheels have been enhanced for landing on a naval vessel as well, the South China Morning Post noted. 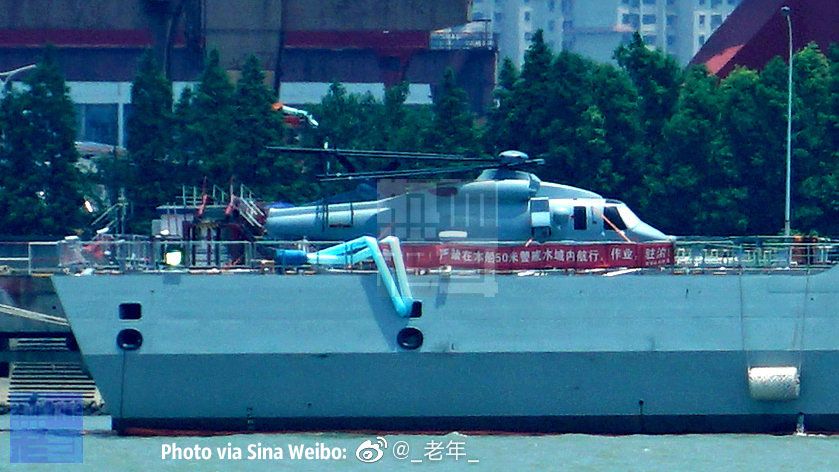 ​The ship is believed to be the Type 055 guided missile destroyer Nanchang, SCMP noted, the largest such vessel in East Asia - so big, the US Navy defines the 13,000-ton warship as a cruiser.

Li Jie, a Beijing-based naval expert, told the Global Times the PLAN was likely testing the “practical adaptability” of the Z-20 on ships, including how it would actually fit onto them.

​"The PLA Navy has had a shortage of home-grown ship-borne helicopters for a long time," Song Zhongping, a military analyst in Hong Kong, told the South China Morning Post. "When it's ready, the Z-20 could fill a big gap."

Song said the 10-ton Z-20 was the “perfect size” for China’s naval aviation needs, as its other helicopters are either too big to fit on warships or too small to be capable of carrying out any kind of mission effectively. The Z-8 is a 13-ton beast capable of heavy lifting, but much too big for the narrow confines of a destroyer’s aft section, and the 4-ton Z-9 is so small the PLAN can’t use it for much more than radar spotting. SCMP noted Beijing has bought export versions of the Russian KA-28, but they don’t quite cut it, either.

​The Z-20 has been slandered in Western press as a “Copyhawk” due to its superficial similarities to the US-made UH-60 Black Hawk, which China also operates but is now retiring in favor of the Z-20, but as Sputnik reported, it’s actually a very different helicopter. For example, the Z-20’s engine is much more powerful, as it’s expected to perform heavy-lifting duties at high altitudes in Tibet. The Z-20 made its first flight in 2013, but only recently entered general service with the PLA.

In February, Sputnik reported that China and Russia were expected to sign what Rostec director Viktor Kladov called "the contract of the century,” an agreement between Rostec and the Aviation Industry Corporation of China to jointly produce a 40-ton heavy-lift helicopter by 2032. The Global Times notes the engine design was expected to be based off Mil’s Mi-26 heavy lifter. 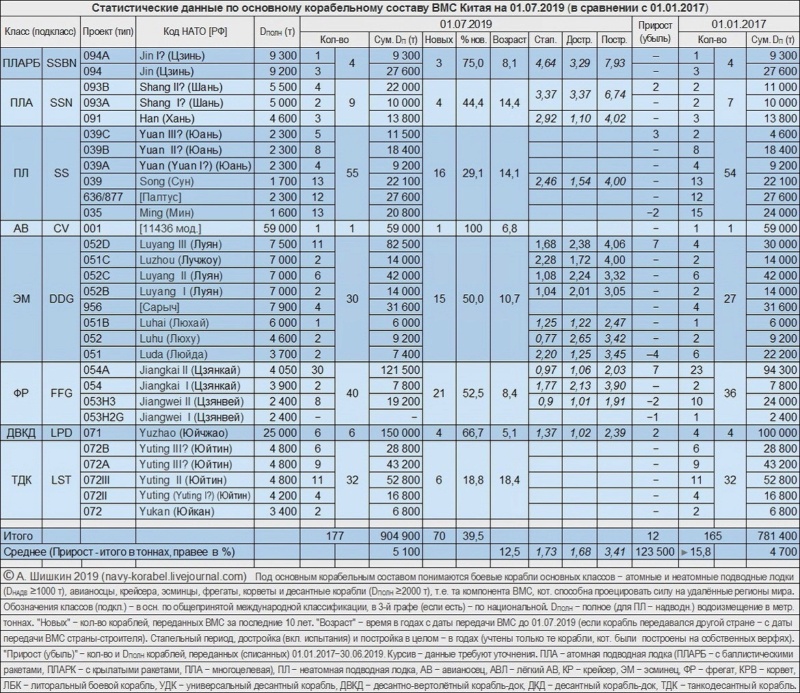 China’s homemade carrier at sea again, but may miss National Day bash The South China Morning Post also cited a source as saying that the People’s Liberation Army had taken delivery of more than 50 J-15 jets and groomed dozens of carrier-based pilots. It said the elite squad would be deployed on both the Liaoning and the Type 001A.

Perhaps they fixed the J-15 problems, or will use them differently for the time being?
Tsavo Lion

China will create a new carrier-based fighter aircraft based on the J-20: https://regnum.ru/news/it/2703424.html
Tsavo Lion

Yeah, they took technology from the Su-35 and upgraded their Su-30MKK to an improved level... it is not like they have done something amazing here...

Of course J-16 is better than Su-30MKK. China developed it from Su-30MKK. They install domestic WS-10 engines, domestic radar and electronics, etc. Su-30MKK is two decades older than J-16, so it is normal to expect, that J-16 is better. Su-30MKK is not the best today, but still excellent fighter bomber and beter than Indian Su-30MKI as Su-30MKK have full data link complex.

But it has a radar 2 times less powerfull than mki. Datalink is useless if all your fighters in the group can't see far away.
medo

Isos wrote:But it has a radar 2 times less powerfull than mki. Datalink is useless if all your fighters in the group can't see far away.

N001VE radar in Su-30MKK have 6 kW peak power comparing to 4,5 kW peak power in Indian Su-30MKI Bars-M radar. It's true, that N001VEP in Chinese Su-30MK2 have more similar range to Bars-M as both have max range around 350 km, while N001VE from MKK have around 300 km. Data link is far from useless. Group picture exchange enable to all inside group to see wider picture, with picture exchange with each other and with AWACS, than if you only have your own radar and they could coordinate their work for attacking with the plane in the best position. India use this IFDL data link group working well in their first Cope India 2004, when the use old Su-30K, which have original russian communications. IFDL was the same as in basic Su-27. They use them well against USAF F-15C although radar was the same as in Su-27 from the eighties. Indian Su-30MKI with Indian communications doesn't have IFDL and group working capabilities. Su-30MKK and Su-30MKI have the same basic armament, but Su-30MKK have better networking, AWACS end ECM support, better chinese PL-12 AA missiles, ECM pods, etc. India with replacing Russian electronics with Indian, Israeli and western ones too much degraded capabilities of Su-30MKI. We see results in short clash with PAF in February. Indians were practicaly lost in space because of their ultra modern AFNET network failure.
PapaDragon

Tsavo Lion wrote:Chinese version of the Su-30 recognized better than the Russian original

Congratulations chincoms, after 20 years of trying you managed to cobble together a passable knockoff of export version of 30 year old airplane

And you publicly brag about it

Truly a nation that will challenge USA's global dominance

GarryB wrote:Yeah, they took technology from the Su-35 and upgraded their Su-30MKK to an improved level... it is not like they have done something amazing here...

They got the first Su-35 in 2017, doubt thats enough time to copie or upgrade any aircraft.
Tsavo Lion

Congratulations chincoms, after 20 years of trying you managed to cobble together a passable knockoff of export version of 30 year old airplane And you publicly brag about it
Truly a nation that will challenge USA's global dominance

The US still uses upgraded F-15/16/18s, not to mention the B-52s- they r not the same vintage as when their 1st models appeared.
There's no need to become a global hegemon- just local superiority in the SC Sea & soft power in Africa & L. America r enough to defend her interests. The "USA's global dominance" isn't omnipresent- certainly not in Venezuela, Cuba, Syria, Iran, Pakistan, Vietnam, N. Korea & the Arctic.
PapaDragon

Congratulations chincoms, after 20 years of trying you managed to cobble together a passable knockoff of export version of 30 year old airplane And you publicly brag about it
Truly a nation that will challenge USA's global dominance

Oh yeah definitely list of up-and-comers, totally the crew that will be running the show soon (Vietnam being honorable exception)

Oh yeah definitely list of up-and-comers, totally the crew that will be running the show soon (Vietnam being honorable exception)

He even included the Arctic

The US had a free reign for the last 28 years & just managed to flush $3T down the drain, fail in the ME & Afghanistan, increase terrorism, lose allies, drive Russia, Turkey, Iran, Iraq, Pakistan, & China together. Now the best Trump can do is wrap himself in the flag to "secure our borders with a wall & make America great again", this time w/o non-white immigrants- mutually exclusive factors. He may even get impeached before the next election.
The NSR bypasses the Suez & Panamá Canals, Atomflot has a fleet of icebreakers; the VMF SSBNs can hide there & strike anywhere in USA & Europe w/o having to go to warm waters & expose themselves. IRBMs can be sited in Chukotka to target most of W. N. América.
The US/NATO can only defend & expand what they already have in Alaska, Canada, Norway, Greenland & Iceland.
It's a multi-polar World now, not a single superpower will dominate it anytime soon.
PapaDragon

Tsavo Lion wrote:...It's a multi-polar World now, not a single superpower will dominate it anytime soon.