Isos wrote:
It's still a 35mm gun with an effective range of 3 or so km.

Russia isn't Hamas or Hezbollah. They don't launch two or three rockets per salvo. They usually have around ten MLRS firing all their rockets at the same time. When the guys in that gun AD system will see hundreds of small targets coming at them they will run away as fast as they can.

NATO isn't Hamas or Hezbollah either. Hundreds of incoming Russian MLRS will be intercepted by a few hundred Sky Shield fired AHEAD rounds.

Reality shows that it's impossible to stop MLRS or heavy barrage. It would be saturated. It's easier to defend against air power.

Every western prick "knows" about Soviet "human wave" attacks (that never happened) but has zero clue about such details. With such utter ignorance
it is easy to sell all sorts of magic BS about invincibility of NATzO and its alien level high tech wunderwaffen.

RTN wrote:
NATO isn't Hamas or Hezbollah either. Hundreds of incoming Russian MLRS will be intercepted by a few hundred Sky Shield fired AHEAD rounds.

So you seriously believe that not only will these systems magically have 100% kill probability, but there will also be a couple of dozen of them within a kilometer of every single large troop formation?

This rivals some of the defeatist nonsense on this forum in terms of stupidity.
GarryB

Russia has a rather well developed and well equipped IADS but even they don't claim to be ready to shoot down all HATO rockets fired in their direction.

The task for HATO to do the same is 1000s of times worse... and the simple fact is that there are lots of things you can do to make it even harder... the standard anti armour rocket payload has about 6 submunitions per rocket with MMW radar sensors and IR sensors that are launched to be released above the target... at quite high altitudes initially so by the time those guns can start engaging the munitions themselves each single rocket will have turned into 6 guided anti tank submunitions plus the rocket and empty rocket tube... if they don't see the kills they expect next time they will just start launching more rockets... they have plenty.... one of the cheaper model simply has top attack HEAT submunitions... just over 640 per rocket that just fall in a pattern around the point of aim that can penetrate 10-20cm of top armour... a single vehicle would therefore launch 12 rockets at a staging area, which means about 7,600 odd HEAT submunitions falling from the sky at once... they also have a fragmentation effect so they are used against both armour and troops and positions including air defence positions...

And that has been in service for more than 35 years....

Russia has a rather well developed and well equipped IADS but even they don't claim to be ready to shoot down all HATO rockets fired in their direction.

The rockets come at the same time. IADS can be as good as you want they will always be limited by the number of engaged targets simultanously.

Only Israeli stupid fanboys believe their iron dome can counter such attack.

Only system that can do something is the laser in the old black and white video games when you need to protect your spaceship from asteroides.

It's better to use passive defensive systems for the purpose of stopping a barrage; such as the Russian Rtut-BM, which jams the proximity fuses and attempts to cause self-detonation

There is no guarantee for success of course as there are many different models and constructions of munitions with their respective sensors and fuses, but it's a far more cost-effective approach towards defending against rocket barrages, and the system is potentially capable of protecting against all rockets of specific types with a 100% kill rate.

High-precision missile for the Tornado-S system 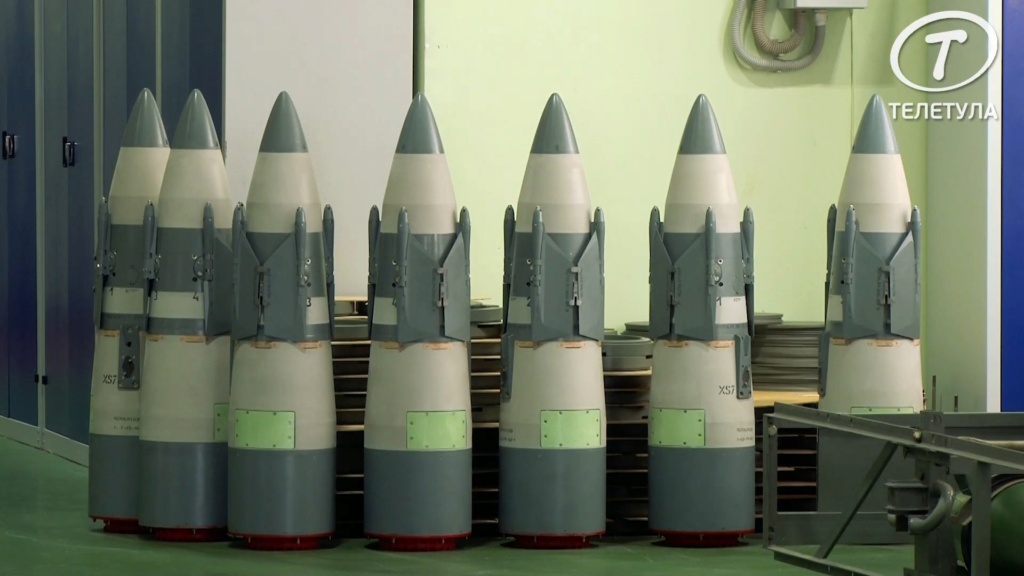 It looks like they built their own "alder", however, the approach to correction here is different, by installing an autonomous control compartment (as for 122 mm missiles).

The head enterprise for the development of ground and sea-based multiple launch rocket systems is the scientific and production association "SPLAV" named after A.N. Ganicheva (part of the Technodinamika holding) - at the Army-2020 international military-technical forum demonstrated the construction of a new high-precision guided 300-mm rocket projectile for the Tornado-S MLRS 9K515. The new projectile - 9M544 with cumulative fragmentation submunitions - became the first in the line of controlled ones. It uses a control system based on the SN398 strapdown inertial navigation system from the Scientific and Production Center for Automation and Instrumentation named after N.A. Pilyugin.


Video from the exhibition with comments:


And a summer video from NPO Splav is already in production: 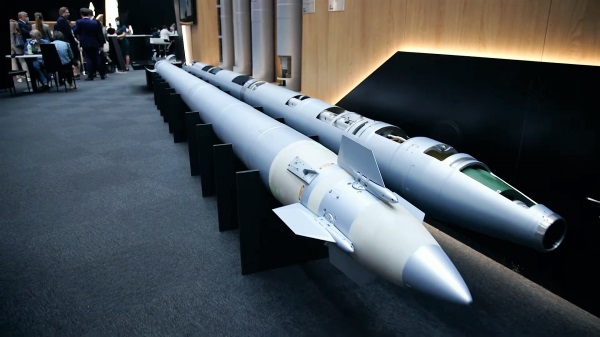 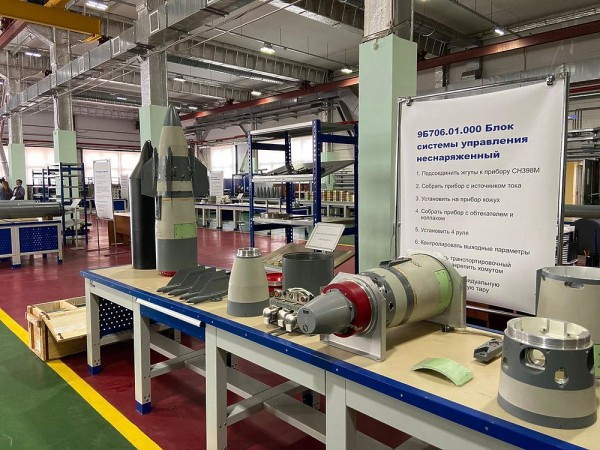 This ist the fun part, then the reloading begins...

Hole wrote:This ist the fun part, then the reloading begins...

But nothing being targeted would require a 'reload'

, a single Grad/Tornado-G vehicle could theoretically eradicate an armored battalion by itself, especially considering that Western armored battalions are woefully underequipped with the necessary amount of SHORAD.

Normally you would then drive off and reload when you get to your new location... it would take a while to reload but the boffins would normally be recalculating angles and getting in target data for the next volley so by the time you had reloaded it would be time to fire and then move again...
Hole

But you have to reload. And that is boring and bad for your back.

Hole wrote:But you have to reload. And that is boring and bad for your back.

Nice. Good to see Uragan being used too...

And that the HQ controlling the battery has a drones eye view of the target area...
George1

No mention of Tornado-U's so perhaps they will be eliminated? With increases in the range of the 122mm perhaps they have decided that they are redundant.

As for firing rocket artillery in areas, modern MLRS "Tornado" is not only a means of destroying area targets, but also [b]high-precision complexes equipped with guided missiles [/b]capable of hitting individual critical enemy targets at considerable ranges. wrote:

Don't know if bad translation or what...

The link with the full interview Chief of the Missile Forces and Artillery of the Russian Armed Forces, Lieutenant General Mikhail MATVEEVSKY

There was always a risk that the middle sized rockets might fall through the cracks as not being as light and mobile as the smaller vehicles or as long ranged and as powerful as the bigger rockets.

I was thinking with pallet based rockets that separate launchers for Smerch and Uragan and Grad would become redundant... just have a heavy and light standard launcher where both can fire any of the three different calibre rockets, plus a very small light cheap vehicle that is like half a Grad...
George1

No mention of Tornado-U's so perhaps they will be eliminated? With increases in the range of the 122mm perhaps they have decided that they are redundant. 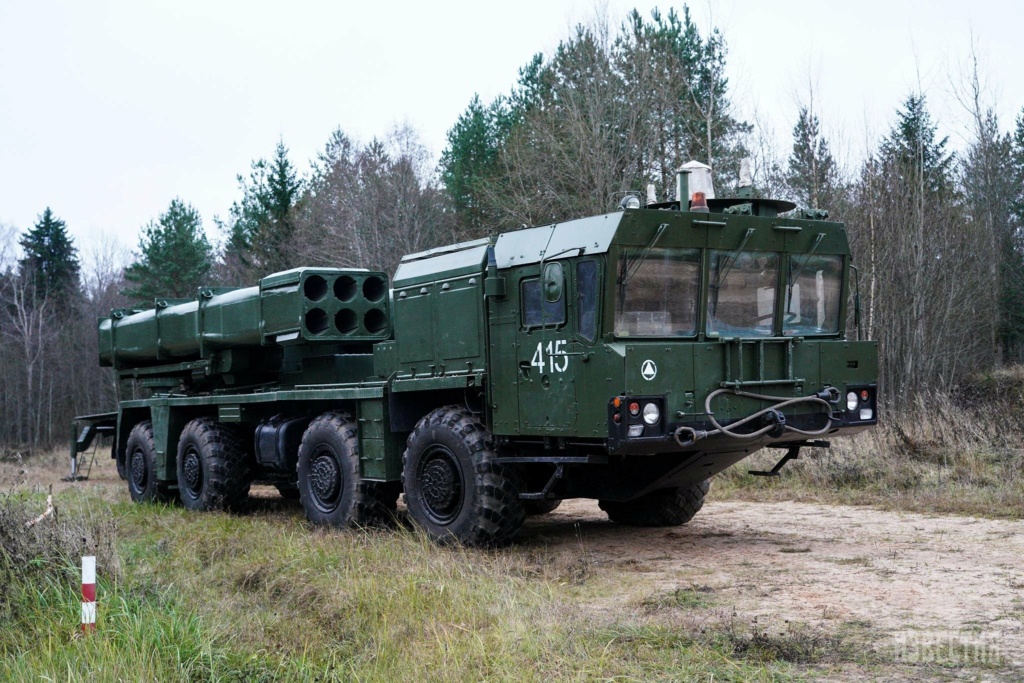 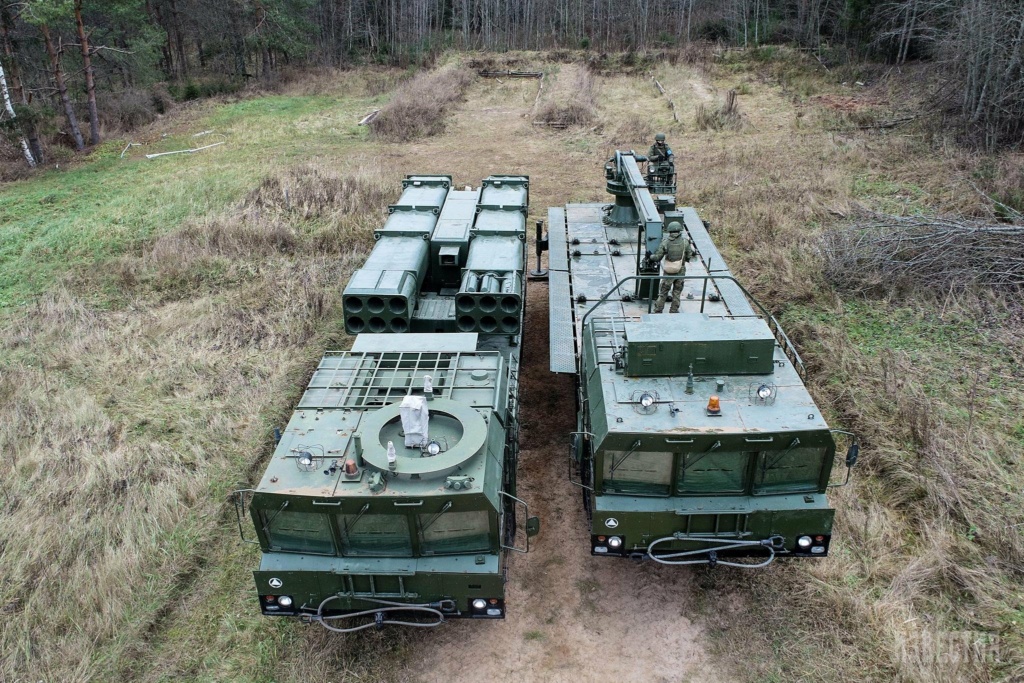 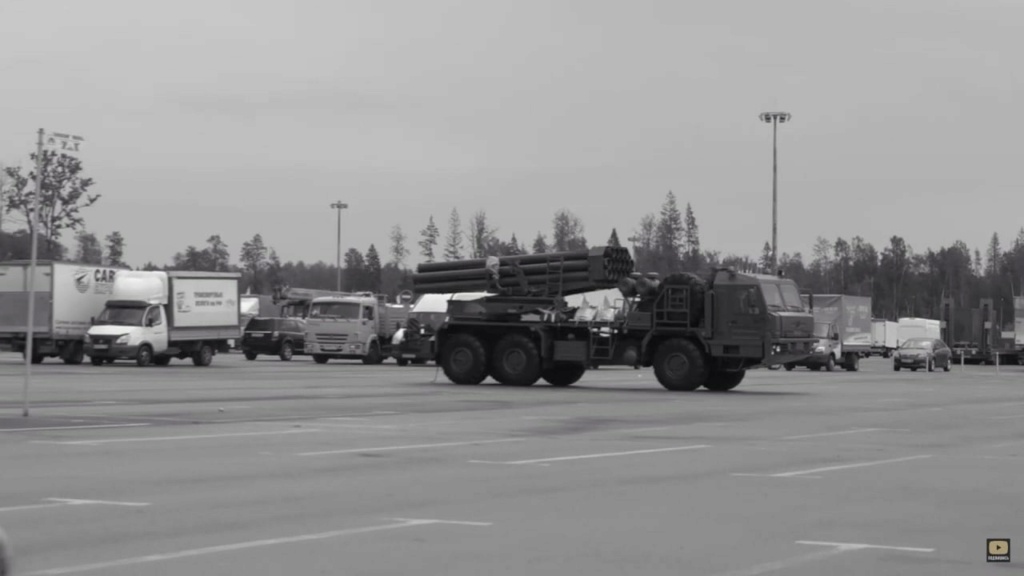 Old Uragan with new chassis. One-off or a "cheap" modernisation?