"The IRGC's smart ballistic missiles are now in mass-production and this type of missiles can hit and destroy targets with high-precision," Jafari told reporters in a news conference here in Tehran on Monday.

"These new missiles enjoys supersonic speed and cannot be tracked or intercepted by enemy," the commander said, adding that missiles can hit targets 300km away with high-precision.

He added that the IRGC will provide the media with the footages of the new missile, named "The Persian Gulf", in coming days.

FNA will release several photographs of this missile in hours.

Elsewhere, Jafari also announced that the IRGC has just finished designing and developing long-range passive radars and will soon start production, adding that this new radar system covers within a 1,100km-radius.

"These radars would remarkably increase the IRGC's capability in identifying sea-based targets," he noted.

Iran has been pushing an arms development program in recent years in a bid to reach self-sufficiency. Tehran launched its arms development program during the 1980-88 Iraqi imposed war on Iran to compensate for a US weapons embargo. Since 1992, Iran has produced its own jet fighters and armored vehicles as well as radar-avoiding missiles and other high-tech weapons.

Yet, Iranian officials have always stressed that the country's military and arms programs serve defensive purposes and should not be perceived as a threat to any other country.

Looks like they set up explosives on the barge.
GarryB

I have seen video of a Sea Wolf SAM where if you look at a single frame the missile is a very long blur, now the Sea Wolf travels at about Mach 3 to Mach 4... just looking at the shot of this missile I would say it isn't travelling that fast and as such would present a relatively easy target for air defence systems.

A ballistic trajectory is fairly predictable and has been largely invincible in the past because of the speed of the incoming warhead made interception impossible. The V-2 for example came in at speeds no aircraft could match or any air defence system could cope with even if they could track it they had nothing they could use to do anything about it.

Any ballistic missile gets its range from its cut out speed... in other words the faster it is going when the engine stops the further it will fly. A 300km range does not suggest a very high speed at all.

Certainly a lot of ships... especially civilian will be in danger from this weapon, but modern military ships over 5,000 tons should be able to deal with this sort of threat.

Triple the range however and mass produce them and it will become interesting.
lulldapull

This is old Soviet kh-22 technology where the large missile literally had a ballistic trajectory in its terminal phase from about a 500m distance from target!

The so called 'Tondar' SSM missile that the Iranians developed by tweaking the good old Sa-2 sam also follows this trajectory and slams into the target falling out of the sky at about Mach-2.5/ 60km range with a 150 kg Frag warhead.

Doesn't the old Soviet Frog-7's and Grad's also work this way? I know they not a per se N-2 or Harpoon like animal at all. They go ballistic at launch and fall onto their targets making shooting them down very hard.
GarryB

There are several anti ship missiles that fly low all the way to their targets and then pop up at the last second and dive down onto the centre of the target to improve lethality, but a simple ballistic path is the worst option for attacking a ship unless the weapon is travelling very very fast.

Even Phalanx can hit and destroy a Vandal target diving at 45 degrees at mach 2.5 and it has problems with missiles that stay at low levels.

Very simply a Kh-35 flying at subsonic speeds and 7m above the water is a problem because the radar beam used to track it reflects off the missile, but also the wave tops so you get a really cluttered radar return when tracking low flying targets.

A ballistic target is like a rifle bullet in that it is only powered initially to get it up to speed and for most of its flight it is either coasting or falling and therefore its flight path is very predictable.

The new capability this Iranian missile is supposed to have over the FROG et al, is that it is a guided weapon.

Claims a ballistic trajectory can't be tracked is just silly, so the claims it can't be intercepted need to be taken in the same light.

The Iranian defense researchers, inspired by fish scales, have designed and developed a new type of hi-tech bulletproof vest which protects the soldiers against bullets fired from close range and different angles.

Due to the technology used in the new bulletproof vest compared with the usual vests, the body’s vital organs are protected against the bullets fired from close range and different angles.

Inspired by fish scales, the flexibility and overlap of the layers which make the vest play an important role in decreasing injuries.

A bulletproof vest, ballistic vest or bullet-resistant vest is an item of personal armor that helps absorb the impact from firearm-fired projectiles and shrapnel from explosions, and is worn on the torso. Soft vests are made from many layers of woven or laminated fibers and can be capable of protecting the wearer from small-caliber handgun and shotgun projectiles, and small fragments from explosives such as hand grenades.

The detection and guidance cabin which increases the precision and smartness of ballistic missiles as well as their destruction power and their ability to overcome anti-missile systems, boosts the combat power of the Armed Forces by enabling the cruise missiles to hit enemy targets both on land and sea with full precision, or pinpoint, capability.

Iran is now among the very few advanced countries enjoying such a state-of-the-art technology used in strategic weapons.

The new armor is resistant to anti-armor steel-core bullets and was built on the basis of high world standards.

Good topic but you should change the name to Iran military giving it more general use.
GarryB

Fish scales allow movement but are not bullet proof in themselves.

The Soviets had fishscale-like bullet resistent vests in the 1980s but did not continue with the technology.
MTN1917

Iran's Minister of Defense Brigadier Dehqan unveiled Iran's first lithium production line with the capacity of 2,500,000 Ampere-Hour capacity per year, this production line is producing a variety of military and civilian used batteries.

This factory belongs to Energy Development Organization(one of MODAFL's organizations), it has 17,600 square meters infrastructure and is consisted of 11 workshops and one laboratory.

Will there be an air launch variant in the future or is this the one?
ShahryarHedayatiSHBA

Will there be an air launch variant in the future or is this the one?

the air lunch version is under development.... but the air launch variant is a Cruise missile with speed of mach 1.4 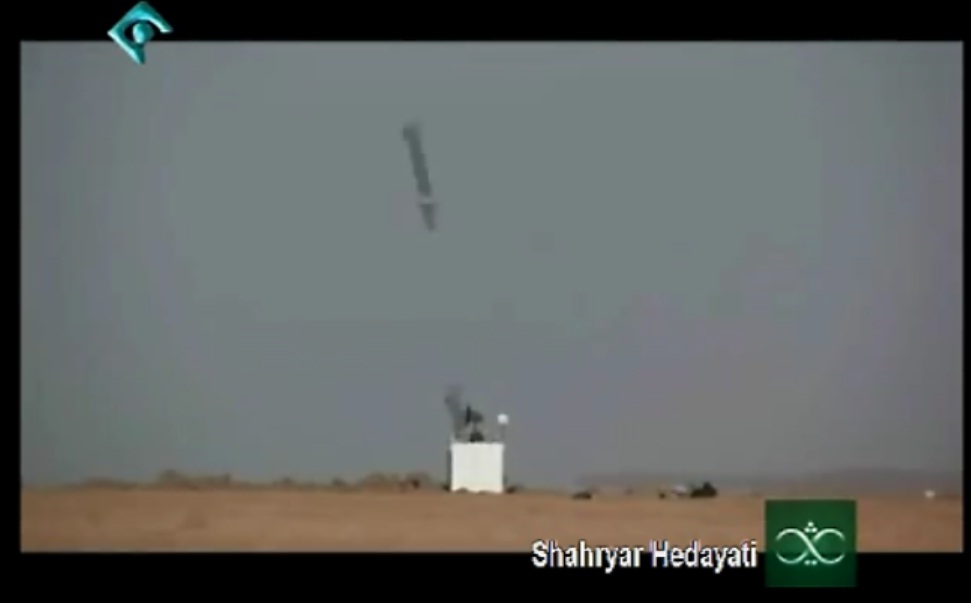 First footage of the Iranian RQ170

US spent so much money in designing and developing such a system and it gets jacked by Iran.

This proves outright that Drones will not replace manned aircrafts. Still, could be very useful for Iran, especially for Syria as well.
TR1

Assuming that thing has any capabilities even close to the RQ.

I am betting it doesn't. Iran has been underwhelming to say the least when it comes to military output.
sepheronx

TR1 wrote:Assuming that thing has any capabilities even close to the RQ.

I am betting it doesn't. Iran has been underwhelming to say the least when it comes to military output.

That may be. But you cannot deny how they were capable of getting it to ground without a scratch. Something very impressive.
TR1

Without a scratch? It seems at the very least it had wing damage.

Also we don't know if they had anything to do with the downing. They might have forced it down, or they might have just grabbed it when it went down on its own.
ShahryarHedayatiSHBA

Without a scratch? It seems at the very least it had wing damage. 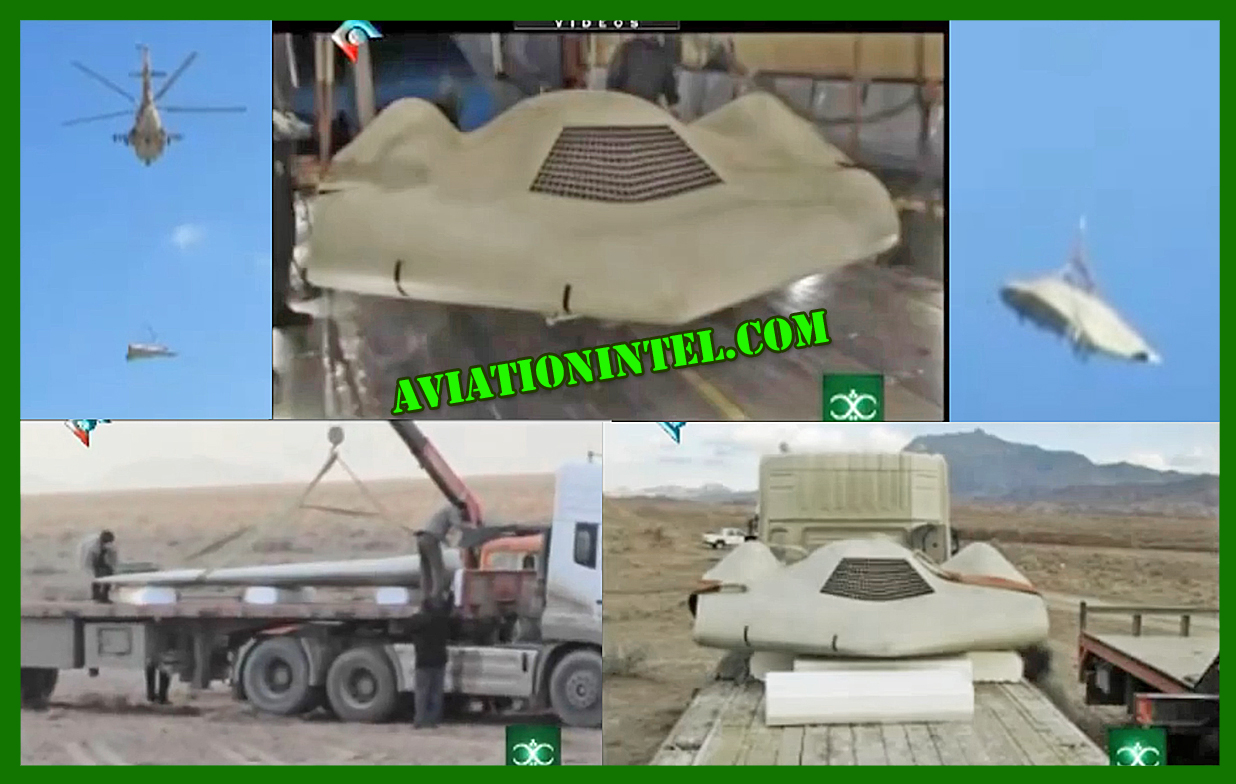 and what i know about Iranian replica of sentinel:

,General Hajizadeh had informed in September that "the prototype model of this drone (which was 60% smaller than the original drone in size) flew about three months ago


it will enter service in different shapes and performance and only composite material is used and its low cost.

four units will be delivered by the end of the Persian year and mass-production will start, next year.

Quality of Iranian made weapons?

What is the quality of Iranian made weapons, compared to other countries? Where would you rank them.
ShahryarHedayatiSHBA