What, they claim Russia is behind in medical equipment manufacturing? If that is what they claim, then they are beyond stupid.
Regular

Like all nations - Russia is ahead in some fields and behind of some too. But Russia is not shut down country and hospitals can still afford to buy foreign equipment if domestic is lacking. What is not to understand?
George1

"Previously, we had developed methods to synthesize substances with bonds of C-C, C-S, C-N, and C-P between the fullerene frame and organic functional groups. Water-soluble compounds synthesized according to our methods have a broad range of biological activities including antiviral, antitumor, and neuron-protecting properties," commented Skoltech Professor Pavel Troshin, who is one of the study’s authors, at the Institute’s Center for Electrochemical Energy Storage.

Carbon atoms can be bound to each other in different ways yielding various modifications, for instance, graphite, diamond, or graphene. One of the modifications is fullerene where carbon atoms form closed frame structures. A ball-shaped molecule consisting of 60 carbon atoms looks very similar to a football.

The fullerene molecules are hydrophobic, hence, making them soluble in water, several ionic functional groups (the molecular fragments) should be attached which change fullerene’s properties. The addition of functional groups to fullerene is a challenge for organic chemists. In this study, the researchers decided to begin not with fullerene, but rather with chloro-fullerene which includes 6 chlorine atoms apart from the carbon frame and which can be easily produced from the original fullerene. By substituting chlorine atoms with functional groups, various fullerene derivatives with different features including antiviral activity can be produced.

"The biological impact of compounds markedly depends on the type of bond between the carbon frame and functional groups. This is what motivated us to focus on the synthesis and investigate a principally new group of substances where the functional groups are bound to the carbon frame by means of C-O bonds. When studying the interaction of chloro-fullerene C60Cl6 with alcohols, we discovered several new reactions enabling the production of various classes of compounds with added alcohol and hydroxyacids fragments. In the research performed by our colleagues from the Catholic University of Leuven in Belgium, the water-soluble derivative of fullerene with five residuals of 3-hydroxypropane acid demonstrated pronounced inhibiting activity toward HIV," Professor Troshin noted.

Scientists believe that the results of their research will enable the creation of antiviral fullerene-based medications with great prospects and launch them on to the pharmaceutical market in the future.

Overview of the construction of new medical institutions
miketheterrible 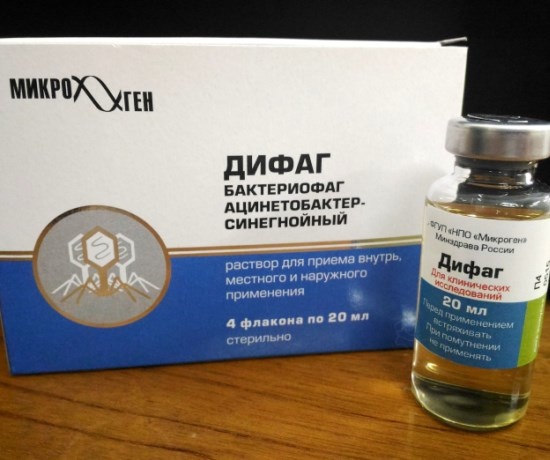 Concern Tecmash (part of Rostec) has presented the first sample of modernized Angel automated diagnostic and therapeutic system for human life support at the BIOTECHMED forum. The robot can perform new diagnostic functions, and it also became less heavy and more compact.
The robotic nurse is to provide medical care during primary diagnostics, automated control over vital functions of an injured person, and to ensure invasive administration of prescribed drugs in accordance with a specific algorithm. Currently, the Angel diagnostic systems are already used by EMERCOM of Russia and several regional medical institutions.

Modernization of the system considerably increased Angel's diagnostic capability. It will be able to record a synthesized 12-lead electrocardiogram and decipher it, measure respiration characteristics, conduct non-invasive cardiac output monitoring, and add height, weight and sex of a patient and data from an electronic stethoscope. The complex can transfer all these data via telecommunication channels and select a mobile network operator with the strongest signal. The system became even more compact after the modernization. Its weight was reduced from 22 kg to 8 kg.

"High-tech developments used in healthcare, including Angel, ensure higher quality of medical care provided for the population, and its availability. Functions of the system combine the competences of several medical professionals specializing in relevant spheres, which is of critical importance when there is a lack of doctors. For instance, during man-made disasters and in an emergency, in remote residential areas or when a patient is transported," says Executive Director of Rostec Oleg Yevtushenko.

The BIOTECHMED forum is held in Gelendzhik from September 9 through September 11, 2018. It is a combination of an academic conference (in terms of giving experts an opportunity to exchange opinions) and a display area to provide for relevant and objective assessment of industry development prospects and making informed decisions. BIOTECHMED aims to make market participants interested in synergy to ensure transition to medicine of new generation and to form common understanding of problems, tasks and opportunities. The conference will be attended by more than 1,500 representatives of the business and academic community of Russia and other countries.

Concern Tecmash was established in 2011. Concern Tecmash specializes in the development and production of ammunition supplies for the combat capabilities of the main strike forces of the Armed Forces. Highly effective modern weapons produced by Tecmash are used by the armed forces of more than 100 countries. Key activities of Tecmash include development and production of multiple launch rocket systems, small-caliber ammunition for ground forces, the Navy and the Air Force, engineer ammunition, aerial bombs, RPG, melee weapons, field and naval artillery, explosives, etc. Civilian products include fuel for the fuel and energy complex, industrial and medical coolers, agricultural machinery and concumer goods. Vladimir Lepin is Director General of Tecmash.

The president visited the Geropharm company in St. Petersburg, which produces biotechnology medicines

ST. PETERSBURG, November 16. /TASS/. Russian President Vladimir Putin is satisfied with the development of domestic technologies that facilitate the production of effective medicines to treat serious diseases, as he himself said during a visit to the Geropharm company in St. Petersburg.

"I am very pleased to find out that the company was established from scratch. It is very impressive that its founders succeeded in recruiting experts, taking the first steps, launching an industrial production division and eventually acquiring a significant position on the market," Putin said, welcoming the company’s plans to expand production and reach foreign markets.

The president pointed out that the visit to the insulin producer was dedicated to World Diabetes Day marked on November 15. He noted that about 4.5 mln people in Russia suffered from diabetes. "Plans are that the plant will produce enough insulin to meet our country’s demand," Putin said.

"Improving the people’s quality of life and increasing life expectancy is one of the country’s top priorities, as everything must be based on people’s needs, including our national projects," the Russian president stressed. "People nowadays can combat diseases, even the most dangerous ones, thanks to cutting-edge technologies and new generations of drugs, as science - and biotechnology in particular - has been rapidly advancing," he noted.

The president also said that advanced technologies made it possible to greatly increase the number of people saved from serious diseases. In this regard, he pointed to the growth of Russia’s pharmaceutical industry. "In the past six years, nearly 3,000 Russian medicines have been registered, which fully meet quality and safety criteria," Putin said.

Biocad plans to launch #biosimilar of Humira in Russia

Russia‘s leading drugmaker Biocad has registered a biosimilar of Humira(adalimumab), the world’s best-selling drug, used for the treatment of rheumatoid arthritis and psoriasis, among other inflammatory conditions, according to the company.

"Speaking about financing and, most importantly, oncology, a significant increase has been reported," Putin said. "We have doubled financing for the purchases of oncology treatment medications. The figure for the chemotherapy stood at 80 billion rubles and now it equals 150 billion rubles."

The president reiterated that Russia is paying particular attention to the fight against oncology and the government has singled out this issue as a special program under the Healthcare National Project.

Those mud hut dwellers from the gas station posing as a country have done it again. The first drug to fight auto-immune diseases on
the global market.

They figured out how a molecule that triggers the auto-immune response in certain T cells expresses itself and have designed
synthetic antibodies to destroy these rogue T cells. The result is basically full remission of the disease. Nobody has tried
this approach in elsewhere as far as the researcher behind this innovation is aware. That means he did a literature search and
found no such research in publications. All medical technology has open research precursors. Big Pharma does not do primary
research but leverages it for in house development. Given that they have achieved an actual medical technology from the
primary Russian research, it is safe to say that nobody outside Russia followed this path.

A plus from this approach is that only a small fraction of the T cells, the rogue ones, is destroyed which does not compromise the
immune system.

I guarantee you that this information will not be broadcast by the NATO fake stream MSM.

Those mud hut dwellers from the gas station posing as a country have done it again.   The first drug to fight auto-immune diseases on
the global market.

They figured out how a molecule that triggers the auto-immune response in certain T cells expresses itself and have designed
synthetic antibodies to destroy these rogue T cells.    The result is basically full remission of the disease.   Nobody has tried
this approach in elsewhere as far as the researcher behind this innovation is aware.    That means he did a literature search and
found no such research in publications.   All medical technology has open research precursors.   Big Pharma does not do primary
research but leverages it for in house development.   Given that they have achieved an actual medical technology from the
primary Russian research, it is safe to say that nobody outside Russia followed this path.

A plus from this approach is that only a small fraction of the T cells, the rogue ones, is destroyed which does not compromise the
immune system.

I guarantee you that this information will not be broadcast by the NATO fake stream MSM.

This is quite the development. I remember a post 3 years back about Federation researchers exploring the largely unexplored field of white blood cells vaccines, in which diseases/aliments where treated with tailor-made vaccines made with the person's own white blood cells 'trained' in the lab to be resistant and effective against a specific targeted disease. The main drawback would be the question of autoimmune responses, but this might mitigate that.
PhSt

MOSCOW, November 10. /TASS/. Hospitals will receive domestically produced robotic surgical systems as early as in the span of a year or two, chief executive of the Russian Direct Investment Fund (RDIF) Kirill Dmitriev said in an interview with Rossiya-1 TV Channel.

"The surgical robot will appear in ordinary hospitals as early as in a year or two," Dmitriev said. It has advantages over the Da Vinci robot [a robotic surgery system produced in the US - TASS]. Our [robot] will be cheaper, it will be more accurate. Application of artificial intelligence technologies will make possible for it to perform a wider range of operations," he added.

The Fund completed the first round of investments into Assisted Surgical Technologies (AST), the domestic developer and producer of innovative surgical robots, RDIF said earlier. According to the Fund, AST expects to capture up to 50% of the domestic robotic market in such kinds of medical services as abdominal, gynecological and urological surgery.
Sponsored content